Motown Records and its subsidiary labels have produced plenty of great hits through the decades of its existence since 1959.

Some of the most memorable songs were performed by Marvin Gaye Jr., such as the widely popular “I Heard It Through the Grapevine” and ‘What’s Going On,” among many others.

People still recognize his tunes and voice well more than half a decade after the songs were first recorded.

Marvin died tragically in 1984 following an altercation with his father, Gaye Sr., which resulted in a fatal shooting. Some say the tragedy was mainly due to Marvin’s excessive drug use and severe paranoia.

When the news broke that Gaye Sr. shot and killed his son, the American music industry found itself mourning one of Motown’s most fantastic but not necessarily surprised about what had just happened.

Marvin had been struggling with drug abuse throughout most of his music career.

His paranoia turned an otherwise run-of-the-mill argument between father and son at their family home in Crenshaw District, Los Angeles, into a tragic case of manslaughter.

Marvin Gaye, known for his talent in mixing the urban-themed soul music with the tunes of the old-time gospel, was killed on April 1, 1984, in his family home on Gramercy in the Crenshaw District of Los Angeles.

He was pronounced dead that day at around 1 p.m. at the California Hospital Medical Center.

The gunman was none other than his father, Marvin Gaye Sr., The first of the two shots fired, was immediately fatal as the slug entered Marvin’s chest at a 30-degree angle downward, going through his right lung, heart, diaphragm, liver, stomach, and left kidney. 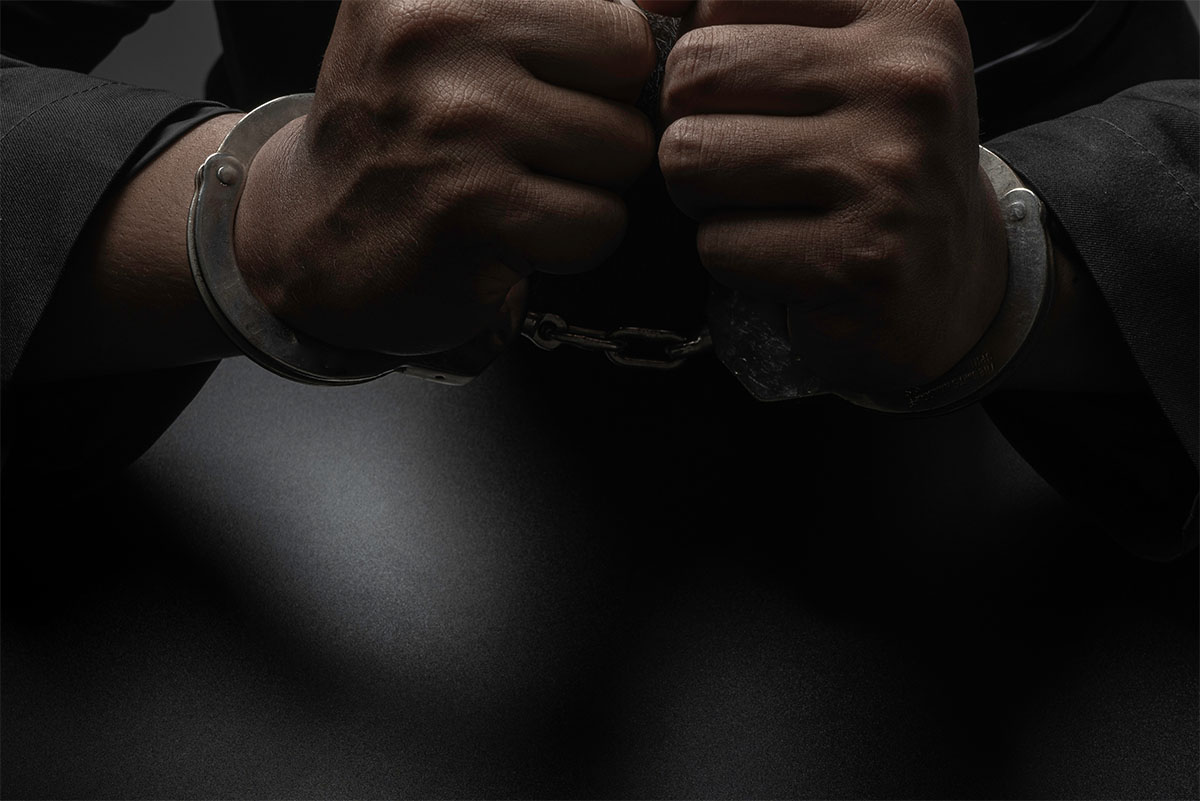 The police arrested Gaye Sr., an apostolic minister, on the same day for an investigation about the death of his son.

Authorities confirmed that the shooting happened following an argument between the father and son because the latter had misplaced a letter from an insurance company.

As it turned out, the letter had nothing to do with Marvin at all. Investigators also said Marvin had beaten his father just moments before the shooting.

The two men reportedly had a troubled relationship; the son never believed the father appreciated his success.

LAPD’s Lieutenant Bob Martin said Marvin was at his father’s house around 12.30 p.m. on April 1.

Martin, it was not immediately clear what had started the idea, but there were some indications that there had been bad blood between them recently.

According to Lieut, the two then engaged in a heated verbal argument, which soon escalated into a physical altercation; they were pushing and shoving each other. 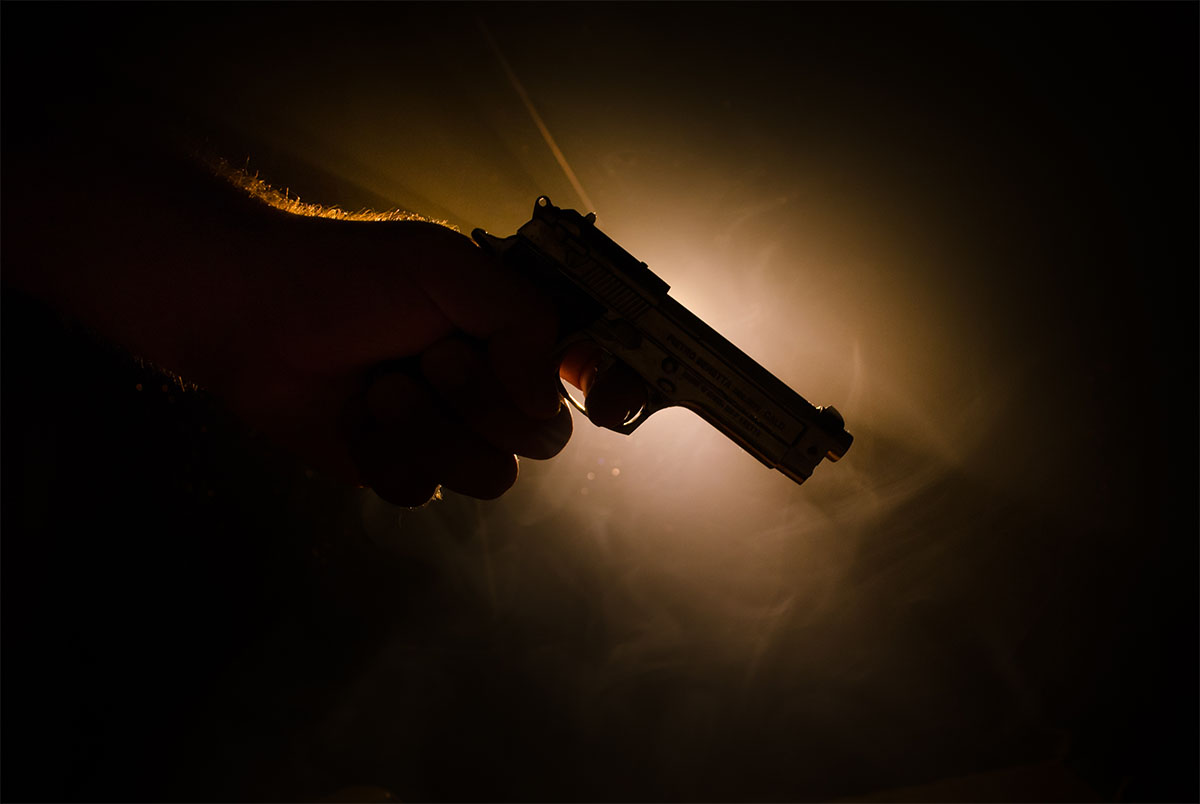 The physical altercation led to the father holding a gun and firing two shots at his son.

Before the tragedy, the LAPD had received a report alleging “some kind of assault” in the house. Details were scarce, but the assault most certainly involved Marvin and his father.

Some neighbors said the argument on the day of the killing mentioned something about a birthday party.

Marvin would have turned 45 on April 2, 1984. At some point during the argument, the mother tried to break up the fight to no avail. Instead, the father grabbed a gun that his son had given him as a present just a few months earlier.

Despite the report and rather an unusual argument, Marvin seemed to have a lot of respect for the father. The singer dedicated some of his works, such as “God Is Love” from the “What’s Going On” album to Senior.

Marvin referred to the song “Everybody Needs Love” from the “Here” album and said that his father needed love.

Marvin did the same thing again in “Joy,” dedicated to his father introducing him to the church. During concert tours, the singer often mentioned how his father’s sermons influenced his music as well.

Marvin Gaye was born on April 2, 1939, in Washington. As a child, he learned a lot about music through his role as an organ player in church.

Throughout the 1960s and 1970s, he was part of a great generation of black performers alongside Gladys Knight & the Pips and Diana Ross, who rose to fame under Motown.

Even before hits like “Sexual Healing” and “Let’s Get It On” came out, Marvin had already established itself in the music industry, gaining critical acclaim as one of the most influential pop singers. 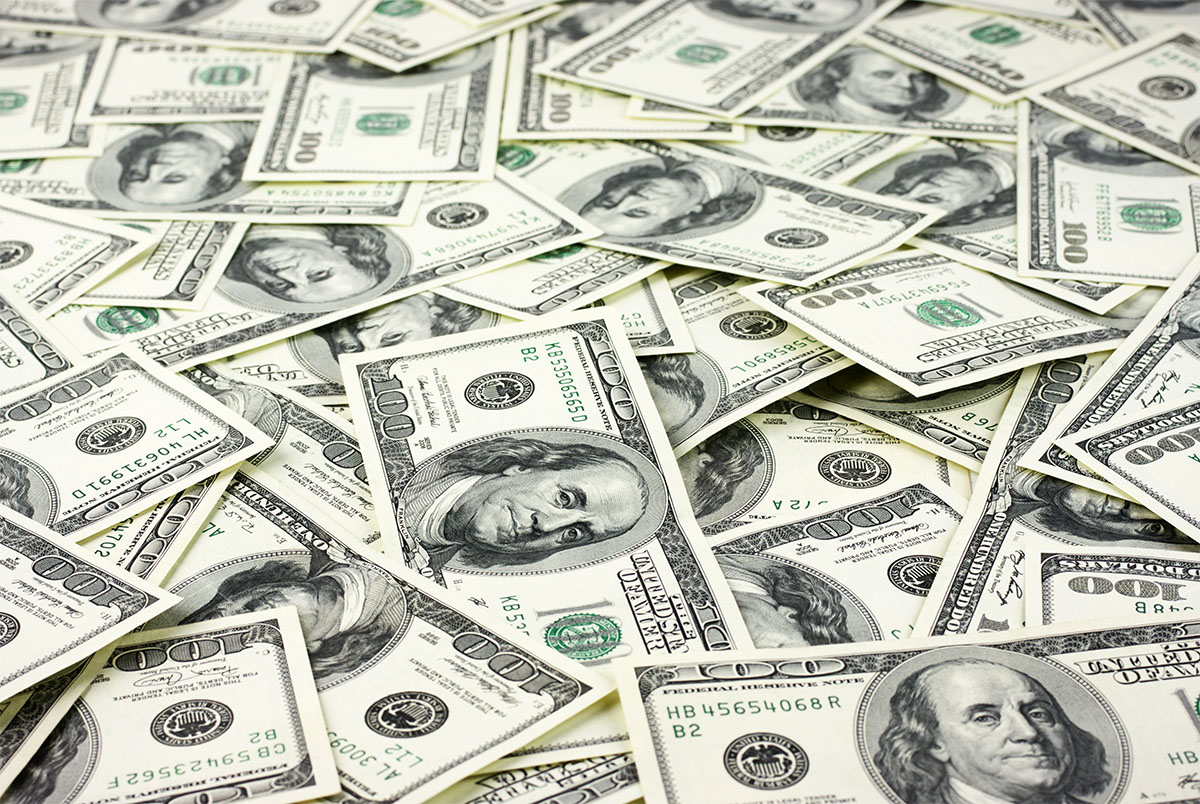 The mid-1960s saw Marvin Gaye at the peak of his popularity with songs like “You’re All I Need to Get By” and “Ain’t Nothing Like the Real Thing,” which he performed with Tammi Terrell.

In 1967, Terrell collapsed in his arms on stage at a concert. When she died in March 1970, Marvin took a break from the limelight. At that time, he married Anna Gordy.

They finalized their divorce in 1977, from which Anna received no less than $600,000 in royalties. Failing to keep up with alimony payments, Marvin underwent tax difficulties and filed for bankruptcy. 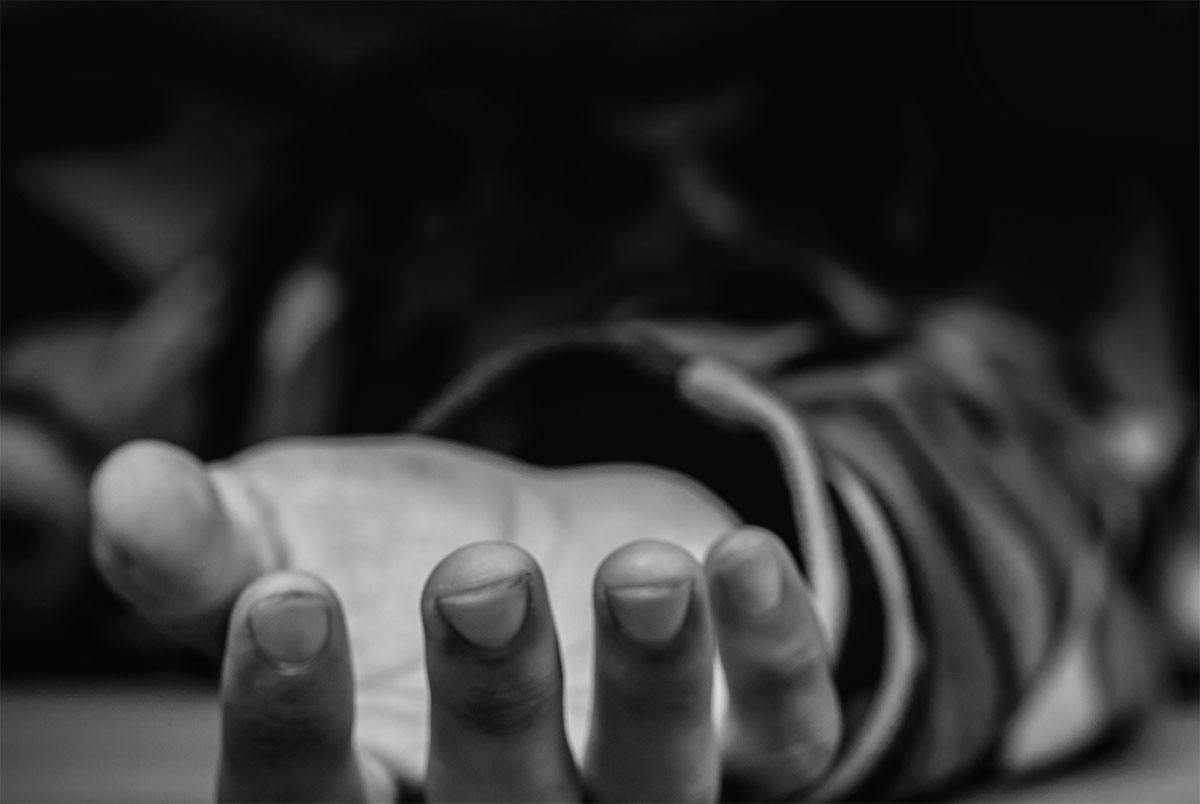 In October 1977, Marvin married the second time Janis Hunter. The marriage only lasted a few years, and they finalized the divorce in 1981.

According to Marvin himself, the failure of that second marriage led to him attempting to commit suicide by ingesting a hefty dose of cocaine.

CBS managed to track him down in Europe and bought his contract from Motown for $2 million.

He subsequently produced recordings in Europe, but legal advisers made arrangements to help him repay his debts in the United States.

The album “What’s Going On” highlighted Marvin’s combined forms of music carrying the vocal prowess of jazz singers blended with the soulfulness of gospel and pop. Many consider the album a milestone of pop music in the 1970s.

It was an unmistakable collection of protest materials – the first from a prominent black singer under the Motown label – with outspoken social commentary.

However, Marvin’s following albums brought him back to his old style of sexually explicit songs. Michael Jackson once said Marvin Gaye’s music influenced him. 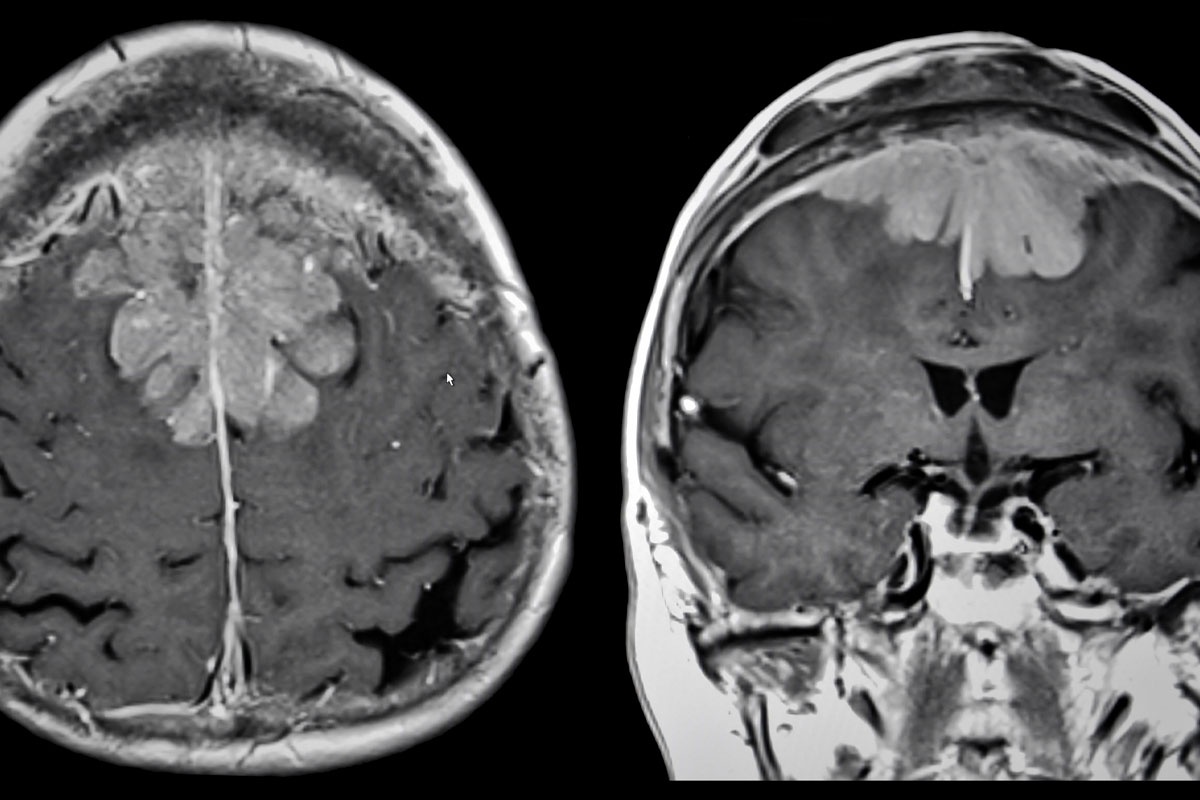 Not long after the arrest, the authorities figured out that Gaye Sr. had a brain tumor. He was initially charged with first-degree murder, but it was dropped to voluntary manslaughter following the diagnosis.

An autopsy of Marvin’s body also revealed he had drugs in his system. The father was not sentenced to prison as the judge believed he had killed the son in self-defense.

He received a six-year suspended sentence and five years of probation, which meant he didn’t have to serve time in confinement. He died on October 10, 1998.