As you’ve seen many times in movies, cocaine looks just like any fine white powder.

Even when observed from a close distance, identifying the substance by sight alone can be pretty tricky due to its similarity in appearance to cornstarch, baking soda, talcum powder, or flour.

Some movies use powdered milk to depict the presence of cocaine in the scenes. An easy way to identify cocaine is to pay attention to the package and its surrounding. Cocaine is often stored in small bags and well-concealed.

It is illegal anywhere and expensive, so anybody in possession of cocaine will go to great lengths to avoid detection. Sometimes, it is hidden in plain sight.

On May 1, 2019, Environmental International published a study that revealed the presence of cocaine in freshwater shrimps captured from 15 sites all across Suffolk, UK.

It wasn’t just a peculiarity in one or two specimens observed because the substance was found in all of the samples taken.

There were 56 compounds found; apart from cocaine, other dangerous drugs such as ketamine and a banned pesticide known as lufenuron.

Researchers from King’s College London, in collaboration with the University of Suffolk, took samples from 15 locations across Suffolk.

All the samples taken from the mostly rural area of eastern England showed the presence of cocaine and other illicit drugs and banned pesticides in their system.

It remains unclear if the problem has also occurred all over the country and abroad.

It is not as if somebody will deliberately throw away some drugs into the river, so the cocaine has to come and contaminate the river from other methods.

The type of shrimps used as samples was scientifically known as Gammarus pulex.

In addition to cocaine and ketamine, another drug found in the shrimps was lidocaine – a local anesthetic used by drug dealers to dilute cocaine and bulk up the package volume.

All three drugs were found in the highest concentrations, but researchers also detected antianxiety medications, including diazepam and alprazolam, most often recognized as Valium and Xanax.

Propranolol, a drug to treat irregular heartbeats and high blood pressure, was also present. In total, researchers found 56 compounds that should not have been there. 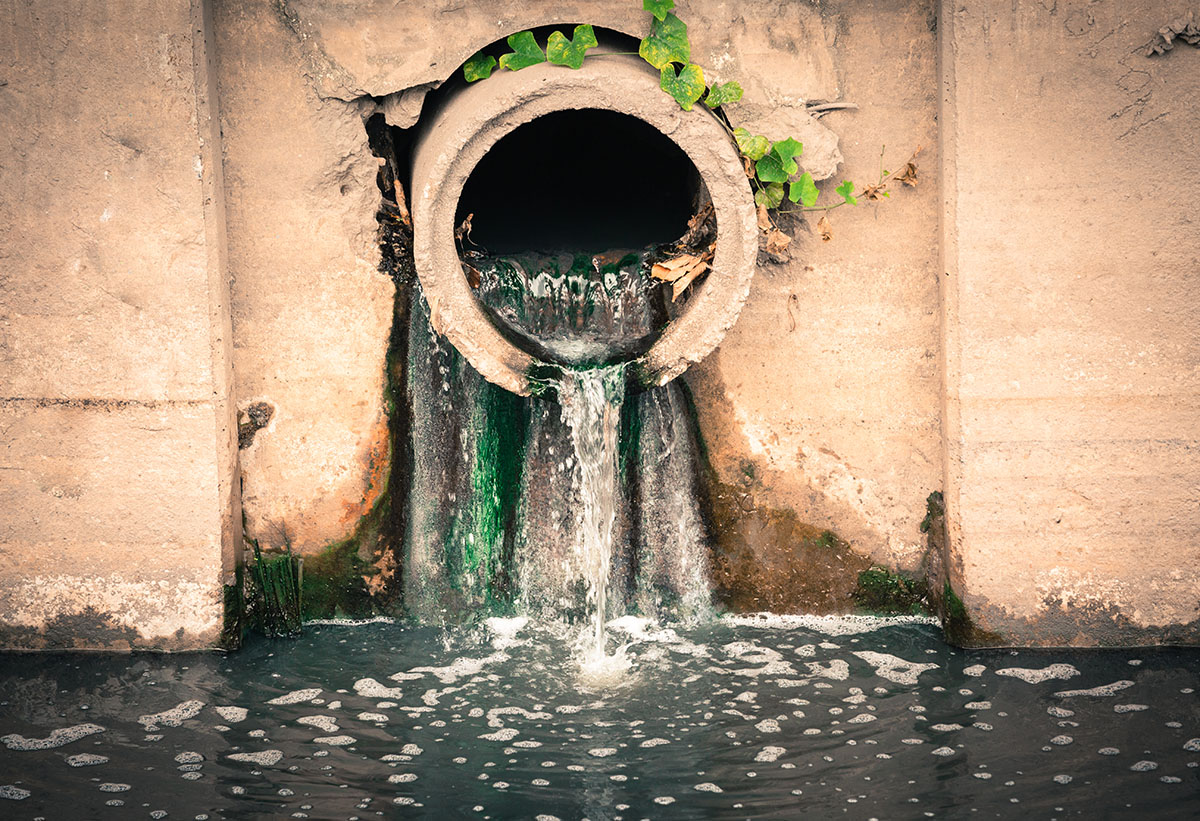 Since it is not likely that anybody in need of the types of discovered medications, let alone drug dealers and users, will dump the compounds into the sites, the substances must enter the rivers through another passage.

According to the researchers, trace amounts of the drugs can pass from urine to wastewater.

The collective volume accumulates in high enough concentrations to pollute the ecosystems, especially if raw human sewage is left untreated before being released into the natural aquatic ecosystems.

This shouldn’t happen with modern wastewater treatment infrastructure or well-designed septic tanks, but it still does anyway.

Personal care products, pesticides, and pharmaceuticals are detected in surface waters worldwide. Waste is not always treated properly, so the chances of contamination increase each time someone uses or consumes the chemicals.

When raw sewage is released into rivers and streams, organisms in the water are exposed to potentially dangerous compounds.

The ecological effects are unclear, which further exacerbates the concerns over the possible damage to the environment.

More research is necessary to see the extent of contamination, not only in London or England in general, but in other countries too. 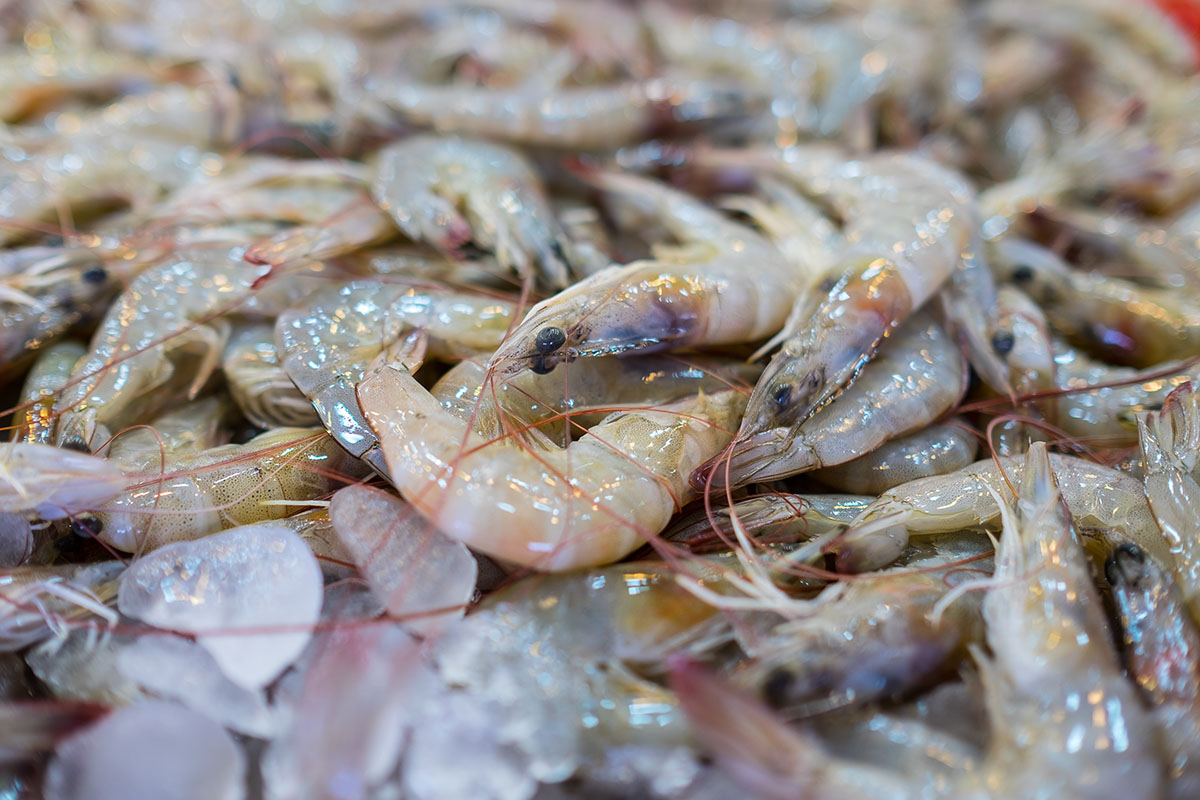 Pesticides can enter the streams and rivers through runoff. According to the EPA, the contaminants can pose health risks depending on how toxic the chemicals are, the amount in the water, and the level of exposure daily.

When small animals eat contaminated organisms in the water, others higher up the food chain are also at risk of poisoning and other health issues.

In Melbourne, Australia, a study found that gray trout and platypuses are exposed to certain drugs at a level comparable to 50% of prescribed human doses just from eating their otherwise natural diets. 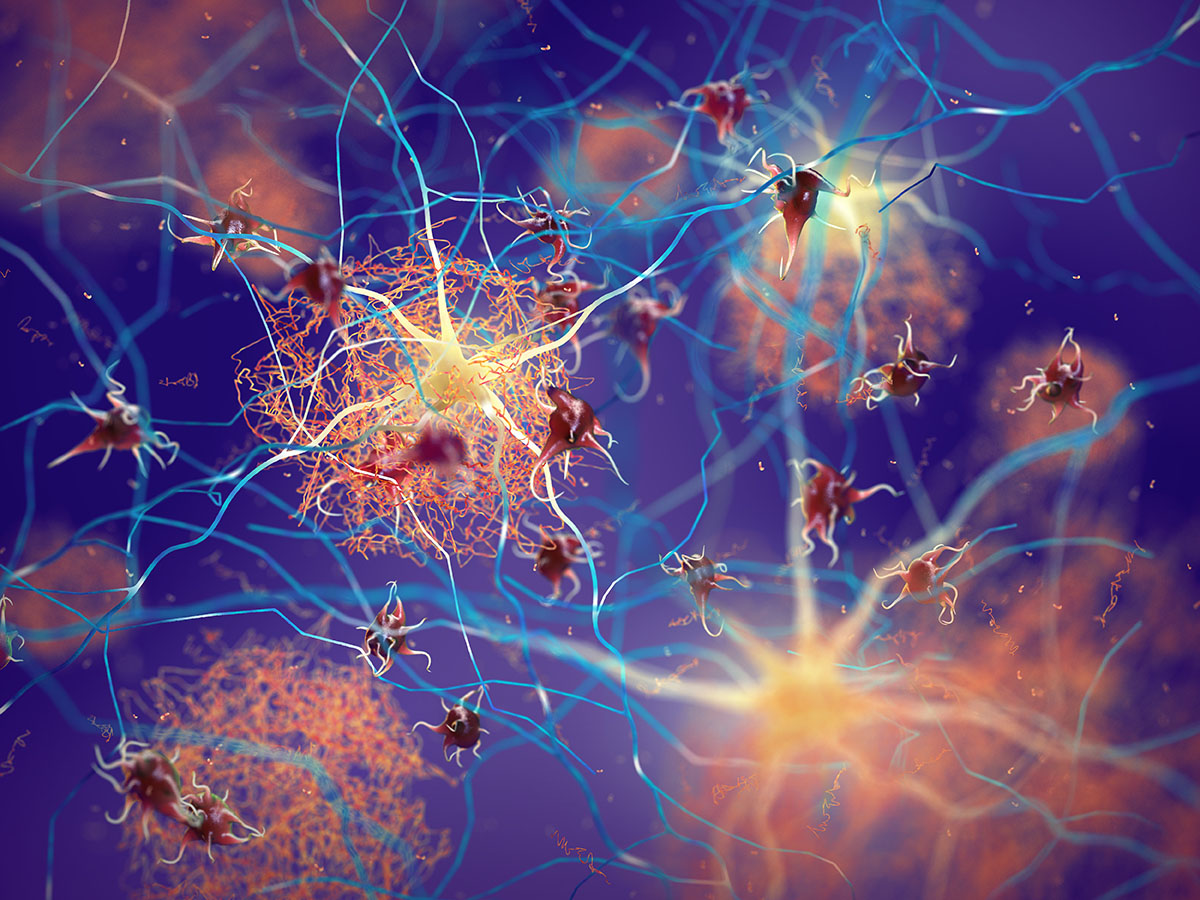 England and Australia are not the only countries where such a case happens.

In Japan, a fertilizer company called Chisso Corporation was found responsible for waterways contamination due to improper disposal of methylmercury in Minamata Bay.

For more than 30 years, from 1932 to 1968, the shellfish in the bay were exposed to a high level of poisonous chemicals.

People who consume the contaminated seafood consequently contract a condition known as Minamata disease, which causes nervous system breakdown and, in some cases, physical deformities.

Shellfish can also accumulate microplastics, making their way up the food chain, including into humans. 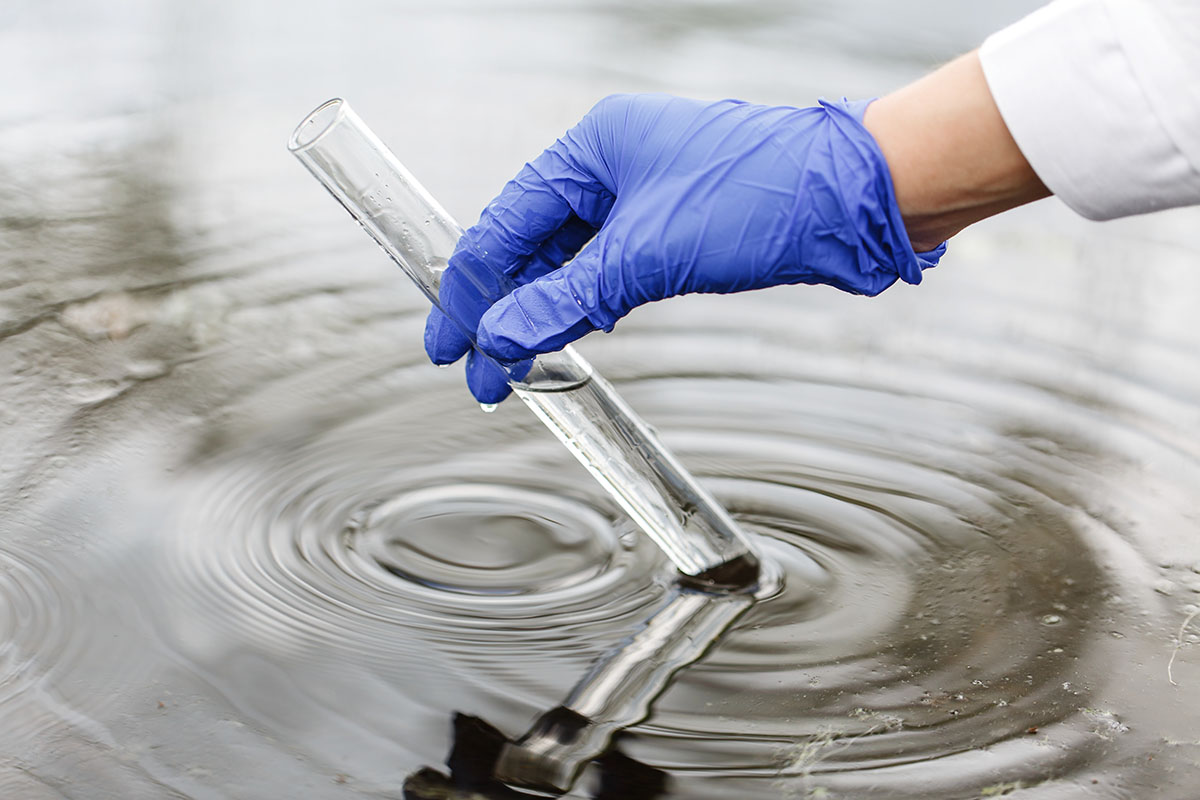 In the United States, researchers found traces of oxycodone in bay mussels captured from Puget Sound in Washington State in 2018.

Scientists even found amphetamine, morphine, and MDMA in streams around Baltimore, Maryland, in 2016. A water contamination issue similar to what happens in Suffolk was observed in Canada in 2015.

An examination of drinking water in Ontario found a small amount of cocaine, which appeared to have originated from a wastewater treatment plant nearby.

The uncontrolled mixture of pharmaceuticals in the water system can trigger adverse reactions in animals and humans. 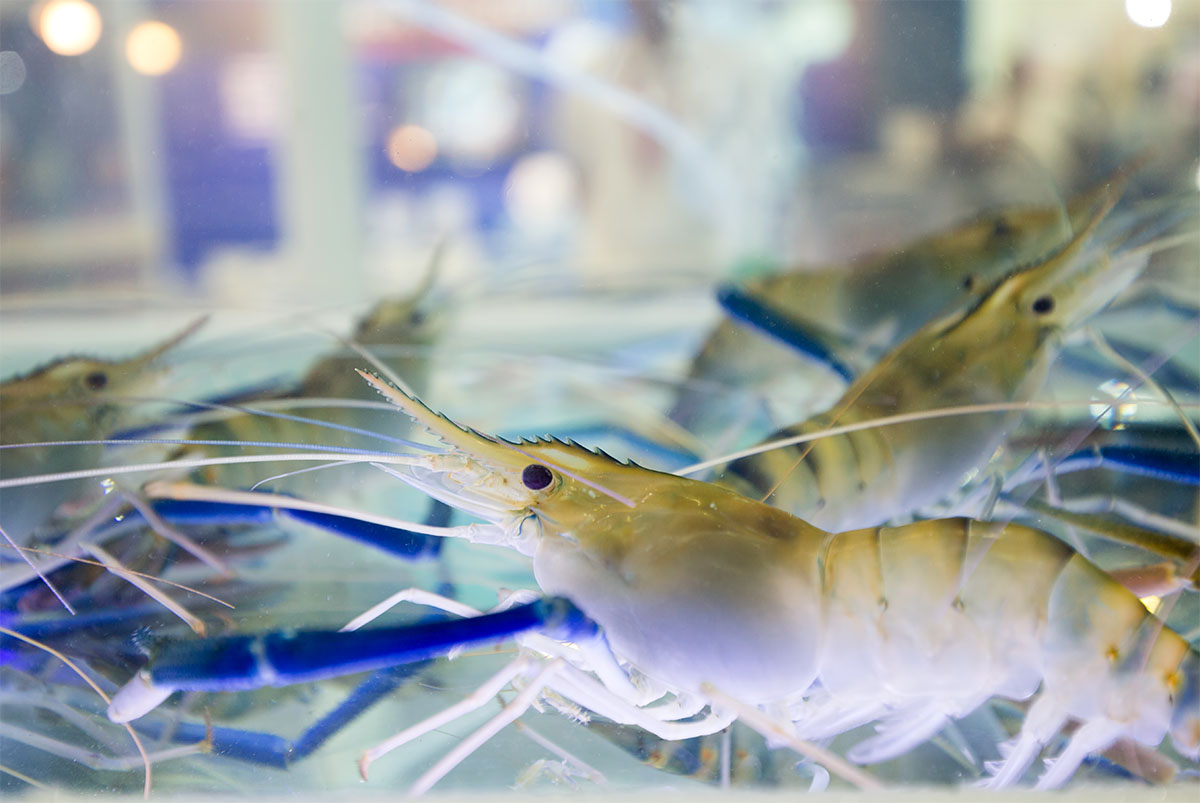 Another study conducted in Victoria, Canada, in 2017 discovered that shellfish, of which the habitat was near areas where raw sewage was released into the environment, contain a combination of drugs, including ibuprofen and triclosan.

Several months before the Suffolk shrimp research was published in Environmental International, scientists found that the sewer water overflowing the Thames in London also had traces of cocaine.

London has the highest concentration of illicit drugs in its sewage compared to any city across Europe. 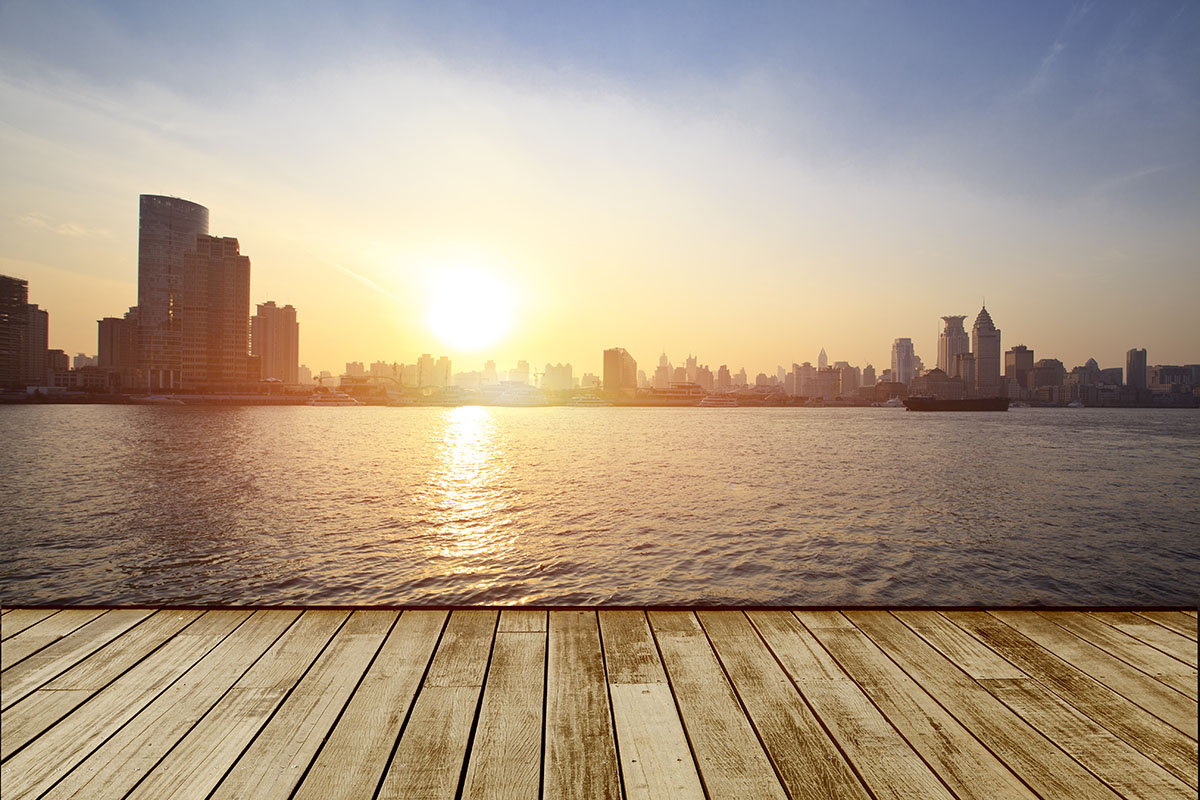 Based on previous findings, scientists had already suspected the presence of cocaine in the rivers in Suffolk.

The study’s primary purpose was to present a method for measuring how severe the contamination was by calculating the level of drugs, pharmaceuticals, and pesticides in the samples (shrimps).

Furthermore, the research also aimed to estimate each chemical’s potential harm or effect on organisms in the environment.

At this moment, researchers could not find any evidence that eating shrimp from the water would cause severe health issues in humans. 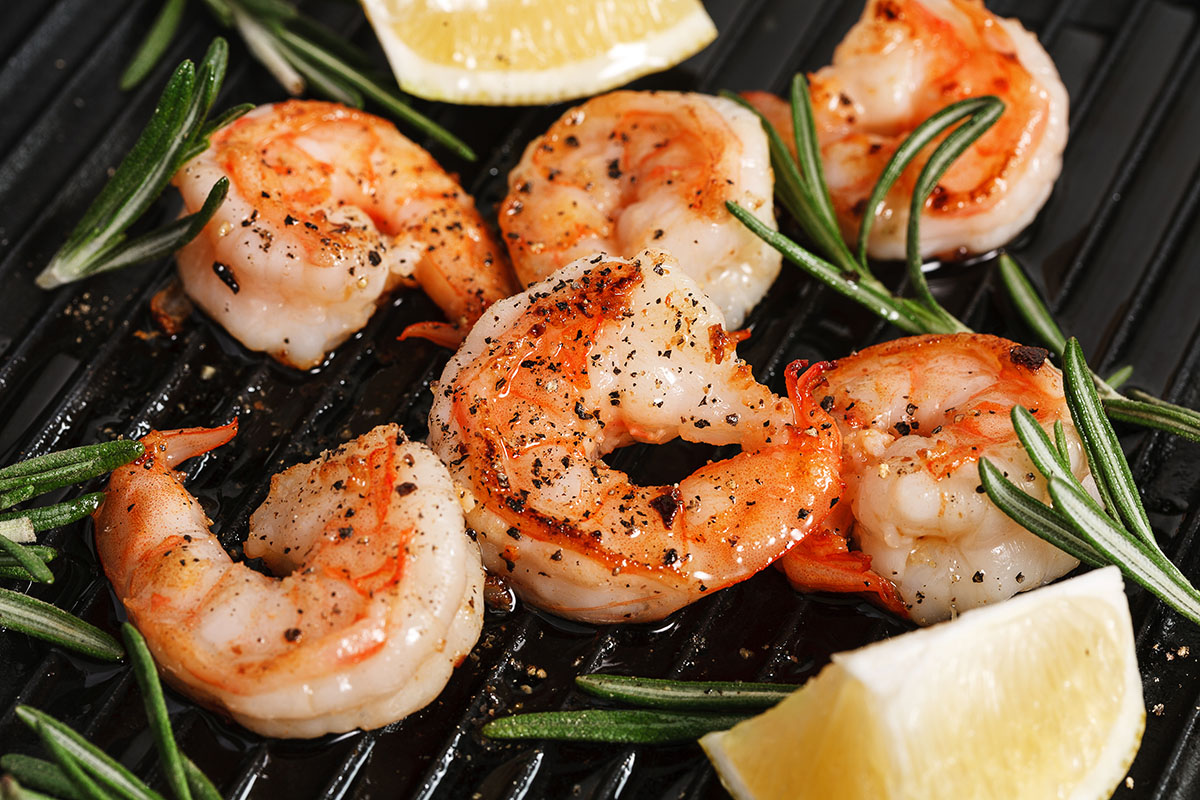 The study concluded that the effect is probably low for almost all chemicals found in the shrimps, including cocaine and amphetamine.

There is not enough amount to cause any harm to humans from a single meal. However, the long-term effect of constant exposure remains unclear.

Despite the low risk, cocaine and other illicit drugs in wildlife are surprising. It would not be too surprising if the study were conducted on the River Thames in London, but this finding came up from a much more rural area.