by Factionary 1 month ago1 week ago
00views

Hollywood makes a lot of movies based on true stories. Some give accurate depictions of the characters and events, while others are loose adaptations of actual historical accounts.

Filmmakers often have to deliver a certain level of exaggeration for dramatic effects, especially if the actual events seem monotonous or too dull to put on screen; on the other hand, movies may (but not always) present a toned-down version of real violent tragedies to make the scene more appropriate for viewing.

Movies based on true stories allow viewers to witness someone else’s life and crucial moments without being directly involved in them – like watching from a clear window to the past.

The 2022 film Against the Ice tells the adventure of Ejnar Mikkelsen, a Danish explorer best known for his expedition to Greenland in 1909.

It is a historical survival drama that chronicles the struggle of men against unforgiving cold weather, illness, and hunger in search of the truth.

The film is based on a true story; it does not deviate much from the historical records, although there are scenes that contradict the known facts.

In 1909, Ejnar Mikkelsen and his crew embarked to northeast Greenland to recover records and maps left in the wild by explorer Ludwig Mylius-Erichsen during a previously ill-fated expedition to the same region.

One of the main objectives of Mikkelsen’s voyage was to verify that Greenland had always been a single piece of land and territory of the Kingdom of Denmark.

The lost record would disprove a claim made by American explorer Robert Peary that a channel existed and separated Greenland into two land areas. Therefore, the region north of the track belonged to the United States.

Records, findings, and diaries of the previous Denmark Expedition led by Ludvig Mylius-Erichsen were buried under a cairn (pile of stones) somewhere in northeast Greenland at Danmark Fjord.

They left the records, knowing they would never be able to return home. The map showing the cairn’s location was found in the body of Jørgen Brønlund, a member of the expedition.

Cartographer Niels Peter Høeg Hagen had died before Brønlund. Leader of the expedition Ludvig Mylius-Erichsen also died not long after. 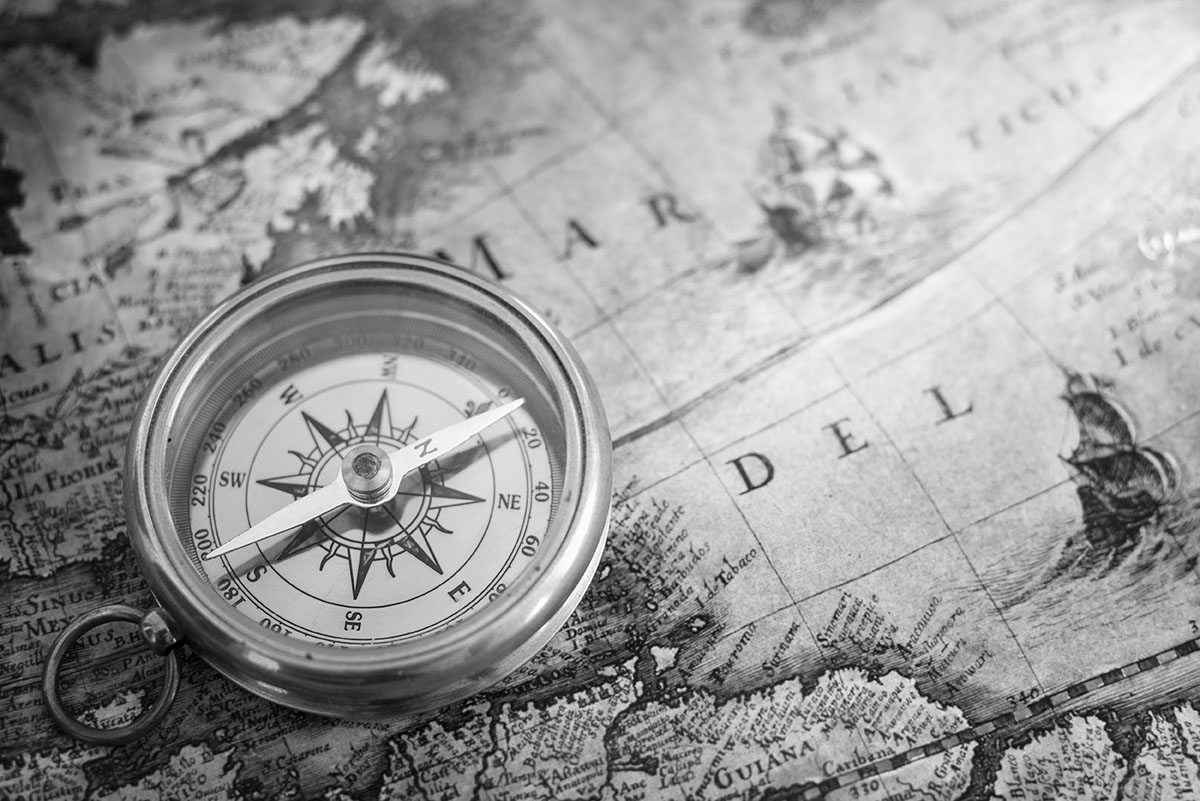 Ejnar Mikkelsen did not discover the map. Johan Peter Koch, the second-in-command of the Denmark Expedition, found the sketch in Lamberts Land in 1908. He took the records and made yet another difficult journey home.

However, Ejnar Mikkelsen came across Brønlund in his expedition a year later. Ejnar and his crew gave Brønlund a proper burial.

The bodies of Niels Peter Høeg Hagen and Ludvig Mylius-Erichsen were never discovered. A possible explanation was that their remains drifted to sea as the ice thawed. 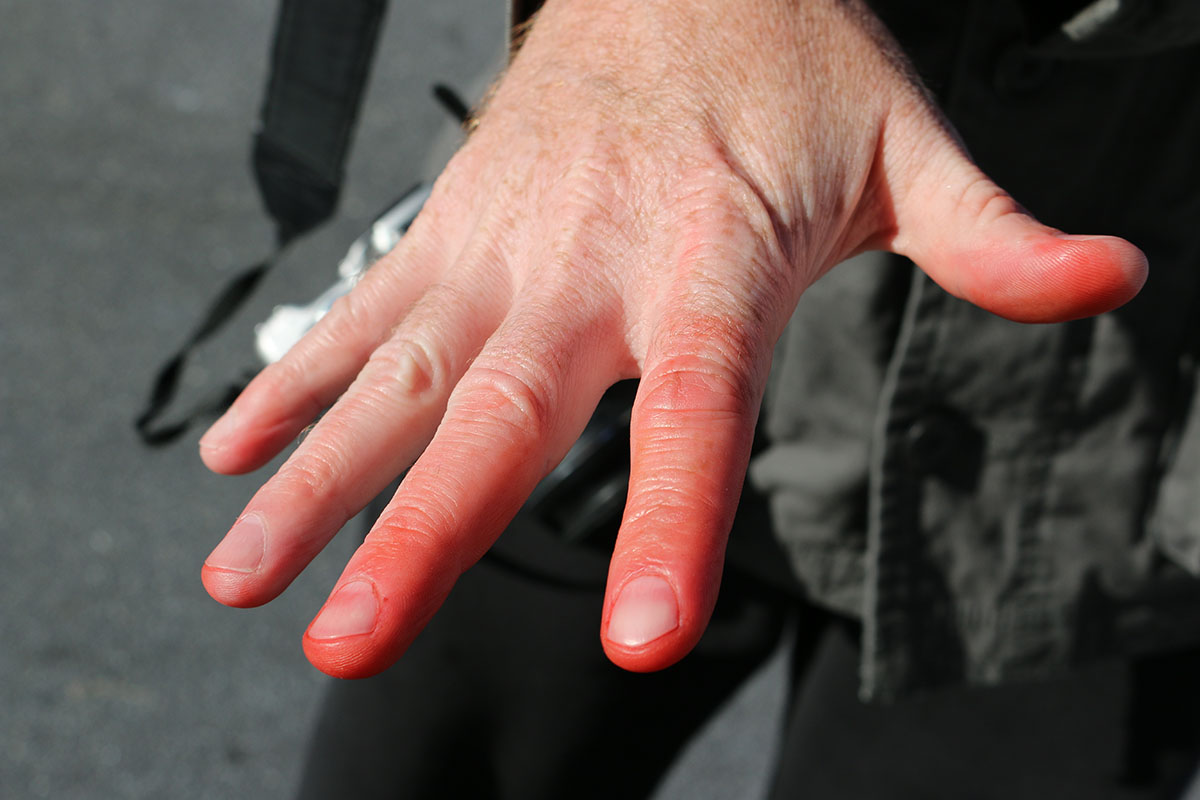 In the film’s opening scene, Captain Mikkelsen is seen arriving on his ship and carrying First Lieutenant Christian A. Jørgensen. This event happened in real life; the lieutenant could not walk because of frostbite.

In his book Against the Ice, the captain explained he found Jorgensen in the tent severely frostbitten; his toes were swollen as if they belonged to a human corpse.

Jørgensen said the frostbite must have been from a walk through a fissure earlier in the day. The captain amputated five of Jørgensen’s toes.

The actual mechanic of the ship turned out to be an alcoholic, and Ejnar Mikkelsen decided to leave him behind and take Iver Iversen instead.

His only role was as a replacement for the mechanic, but then fate had something else in mind. Jørgensen’s injury prevented him from continuing the expedition, which involved numerous long sled journeys through the ice.

Once again, Iversen stepped up and took Jørgensen’s place. While the rest of the crew remained aboard the ship, Iversen – who had no prior experience in Greenland – followed the captain across hundreds of miles of treacherous terrain.

The wooden ship, named Alabama, was trapped in the ice in East Greenland. Except for the captain and the young mechanic, everyone stayed on the boat.

They used timbers and planks of the ship to build a hut – now known as the Alabama Cottage filled it with enough provisions for a year and hoped that Mikkelsen and Iversen would eventually make it back.

The crew then boarded a whaler and returned home. The two men returned, and they spent much longer than a year in the hut, doing their best to survive. 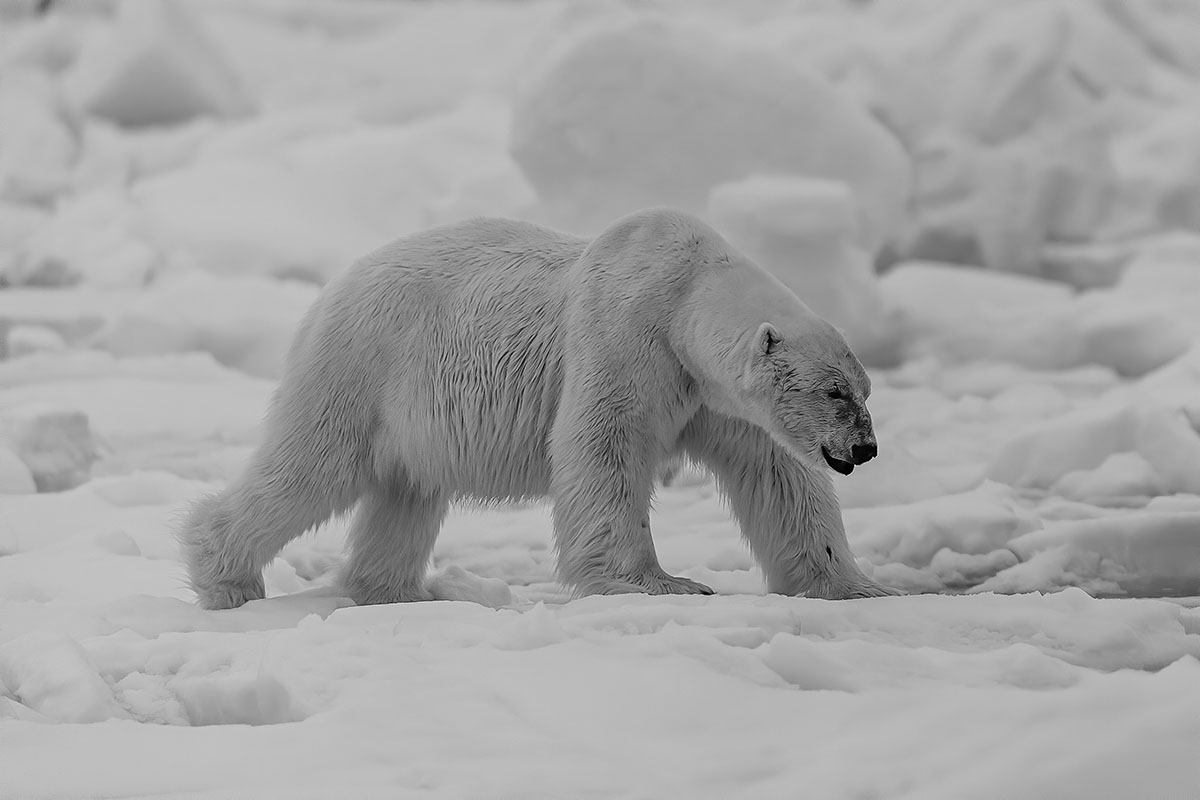 The film portrayed an intense encounter with polar bears during the journey, including where an opposing bear steps on Mikkelsen’s body.

Historical records confirmed some painful moments when polar bears came across the hut, but the film depiction is a mere exaggeration.

In the book, Mikkelsen described when a polar bear was trying to enter the house, presumably because the animal could sense their smell from miles away.

In reality, the men sometimes shot and killed bears for meat, much-desired nourishment in the harsh environment. 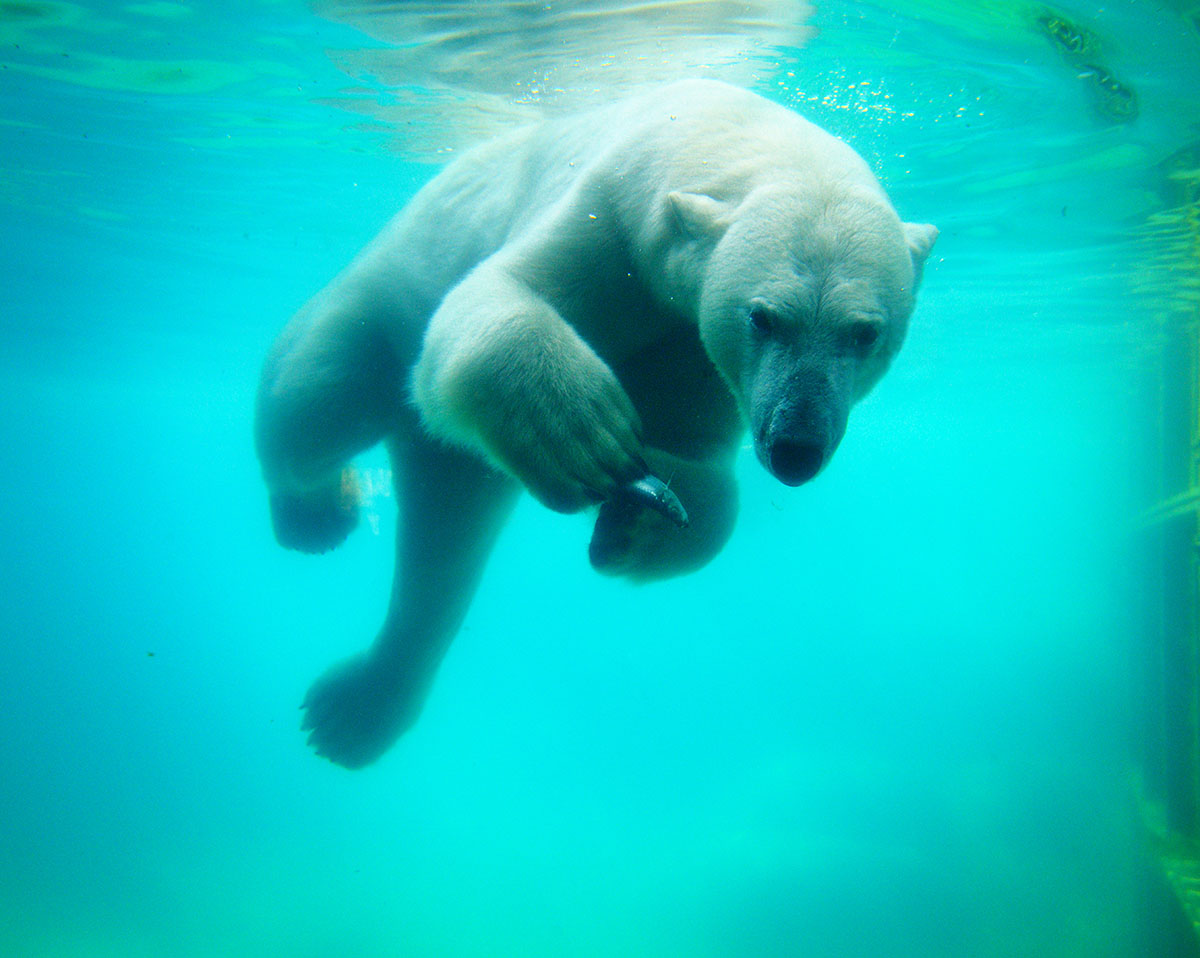 The bear that tried to enter the hut was a gift because the man could obtain a meat supply for days. This particular bear did make its way into the house, but Iversen acted quickly and grabbed his rifle to neutralize the threat.

It was a dire and desperate situation, but they managed to survive and gain valuable resources afterward.

They were not that lucky at times as the injured bears (from gunshot wounds) would flee and drift away in the water, far from their reach. 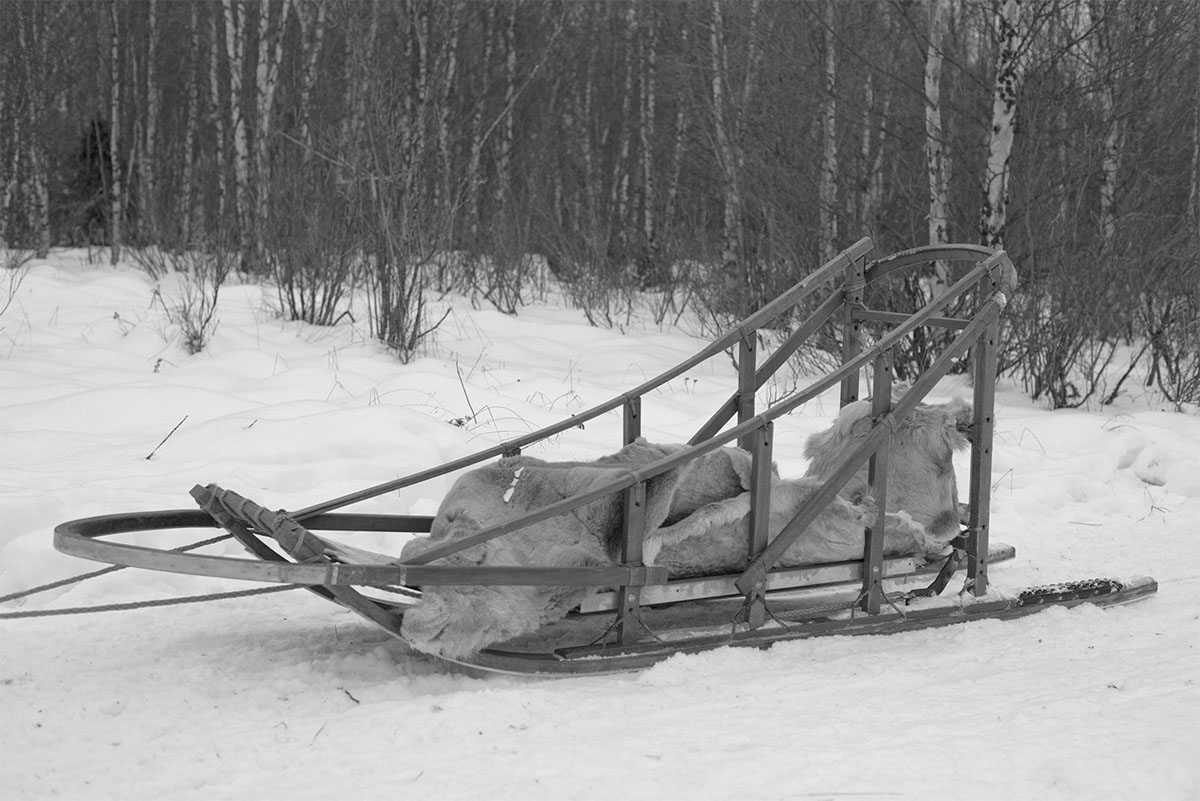 Some men in the expedition warn Iversen not to befriend the sled dogs for an ugly but inevitable reason.

When things went from bad to worse, sometimes explorers stranded in the wild had no other choice but to kill the dogs. The men had to pick the worst dog of them all, kill it, and feed it to the others.

Mikkelsen confirmed that the starving huskies attacked and ate other dogs. All the sled dogs Mikkelsen and Iversen took on the journey died in the expedition.

The record officially disproved the existence of the Peary Channel, validating the claim of the Kingdom of Denmark of Greenland in its entirety.

The captain and the rookie mechanic had to stay in the hut for nearly three years before a Norwegian whaler came to the rescue in the summer of 1912. Ejnar Mikkelsen returned to Greenland twice on other expeditions.