Everything about Santorini, an island located in the southern Aegean Sea, is mesmerizing.

Even before you get there, it is impossible not to be amazed by the sight of turquoise water or the fact that the entire island is a mere byproduct of an ancient eruption of a cataclysmic scale.

High on the island, the main villages of Oia and Fira look like something taken out straight from a fantasy book with white Cycladic houses at the cliff tops.

As the sun disappears below the horizon, people celebrate the beauty by cheerfully applauding nature. Santorini is a playground for the rich sprinkled with superb restaurants and stellar wineries during peak season.

Thanks to its origin, the terrain in Santorini is full of the rocky hill climb. Visitors rely on donkeys to tackle the challenging route to get to the top villages.

As powerful as donkeys are, taking someone on their back through steep climbs back and forth all day, every day is no easy feat.

The Greek government has banned obese visitors from riding donkeys out of health and safety concerns for the animals.

Before the ban, donkeys were forced to bear the brunt of obese visitors in Santorini. In early 2018, activists in collaboration with the tourism industry in Greece began to take severe actions in defense of the donkeys.

After several months of campaigning, the government enforced an unprecedented initiative to implement weight restrictions on human cargo in Santorini.

Representatives of the cruise liner association were also supportive of the industry. According to the Mayor of Santorini, Nikolaos Zorzos, they promised to raise awareness of the issue. 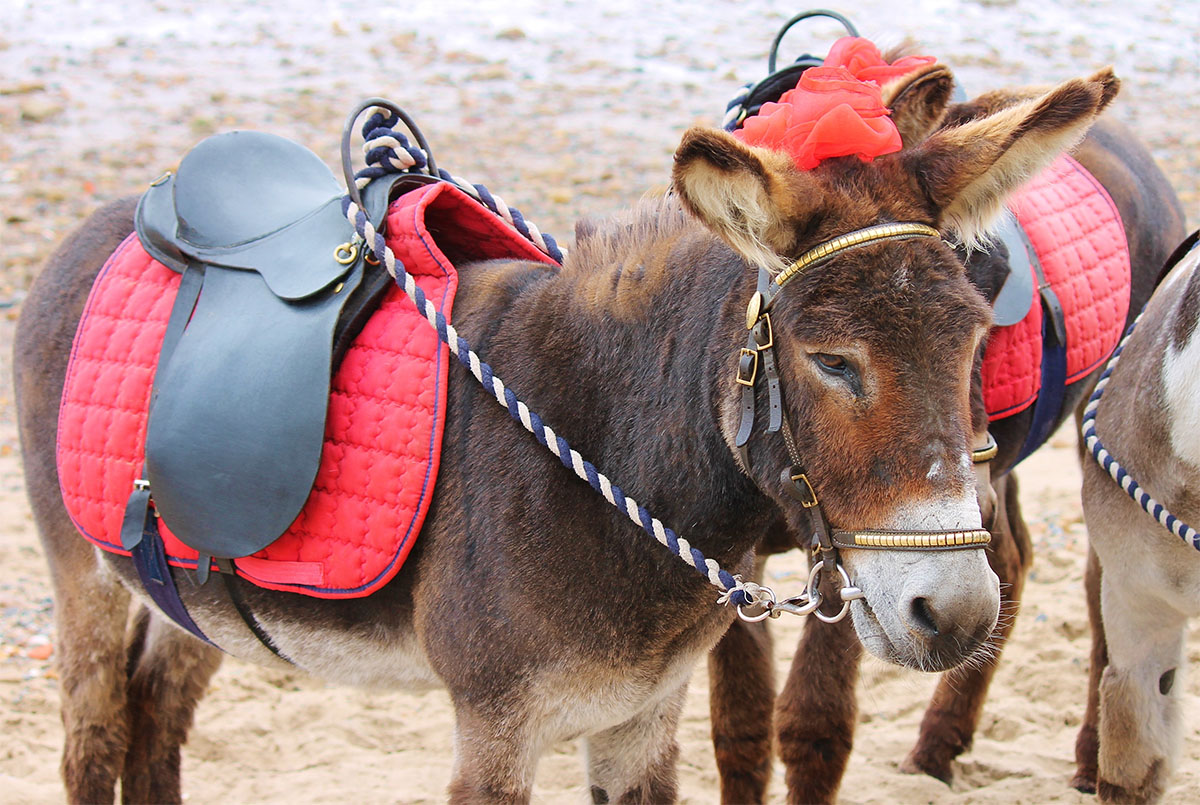 
In 2018, an online petition demanding the stop to unfair treatment toward equines was signed by 108,000 people. It considered the use of horses as a means of transportation on Santorini “unnecessary torture.”

Reports of abuse and neglect and images of overweight tourists riding the animals on social media sparked international outrage.

The resulting regulation does not mention holidaymakers, but some regard the initiative as a ban to prevent owners from earning a living.

There will indeed impact the locals’ economy, but in the long run, the regulation is better for everyone. 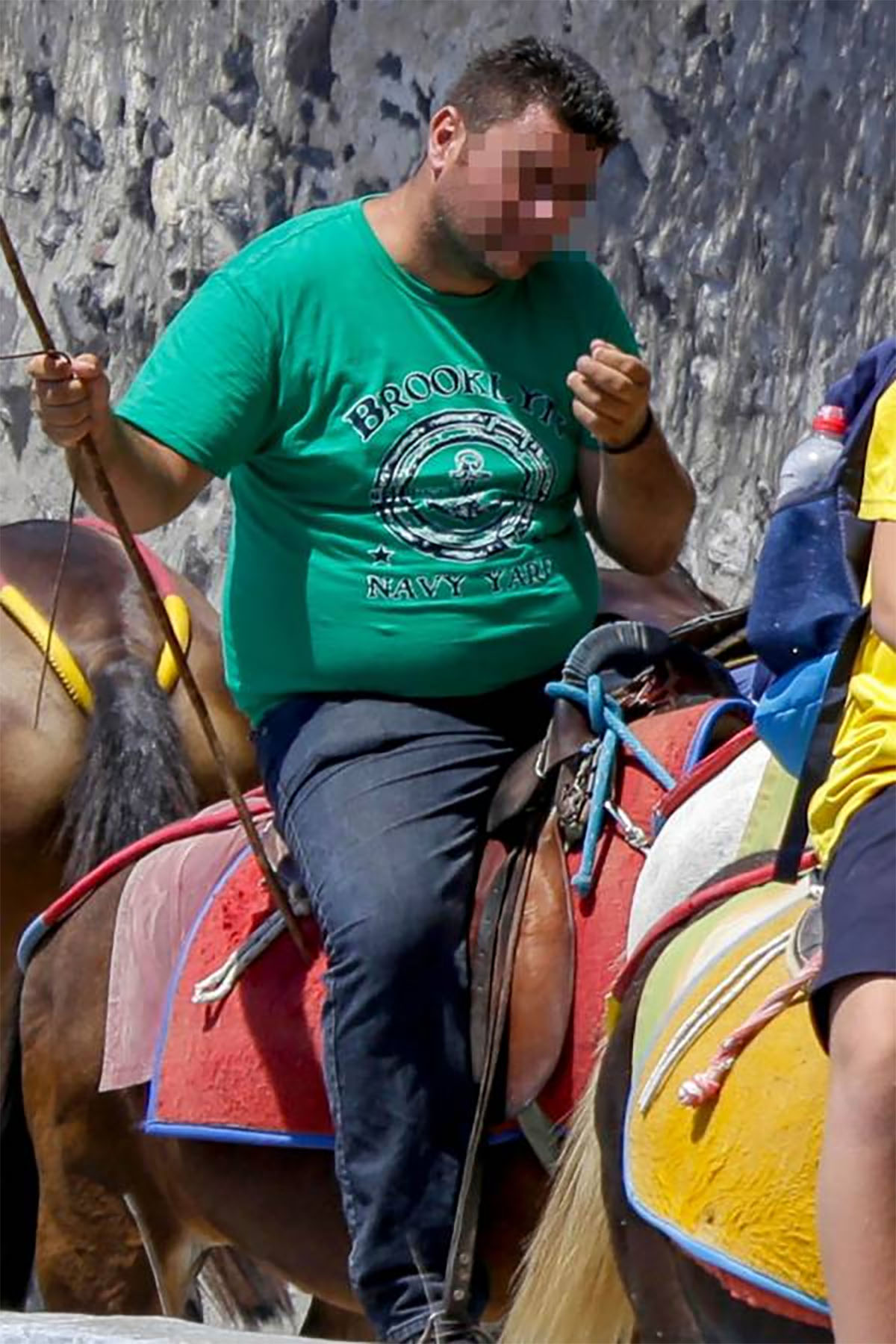 One of the significant reasons that triggered the campaign was the discovery of open wounds and spinal injuries in the donkeys.

Animal rights campaigners presented the evidence to the government to support their case.

When the initiative was finally approved, images of visitors riding donkeys on their way to the top of Santorini had already reached a global audience.

Although there was a concern it might lead to a decline in the tourism industry, donkeys’ welfare was ultimately prioritized. The Greek Ministry of Rural Development and Food has published a set of regulations regarding the issue. 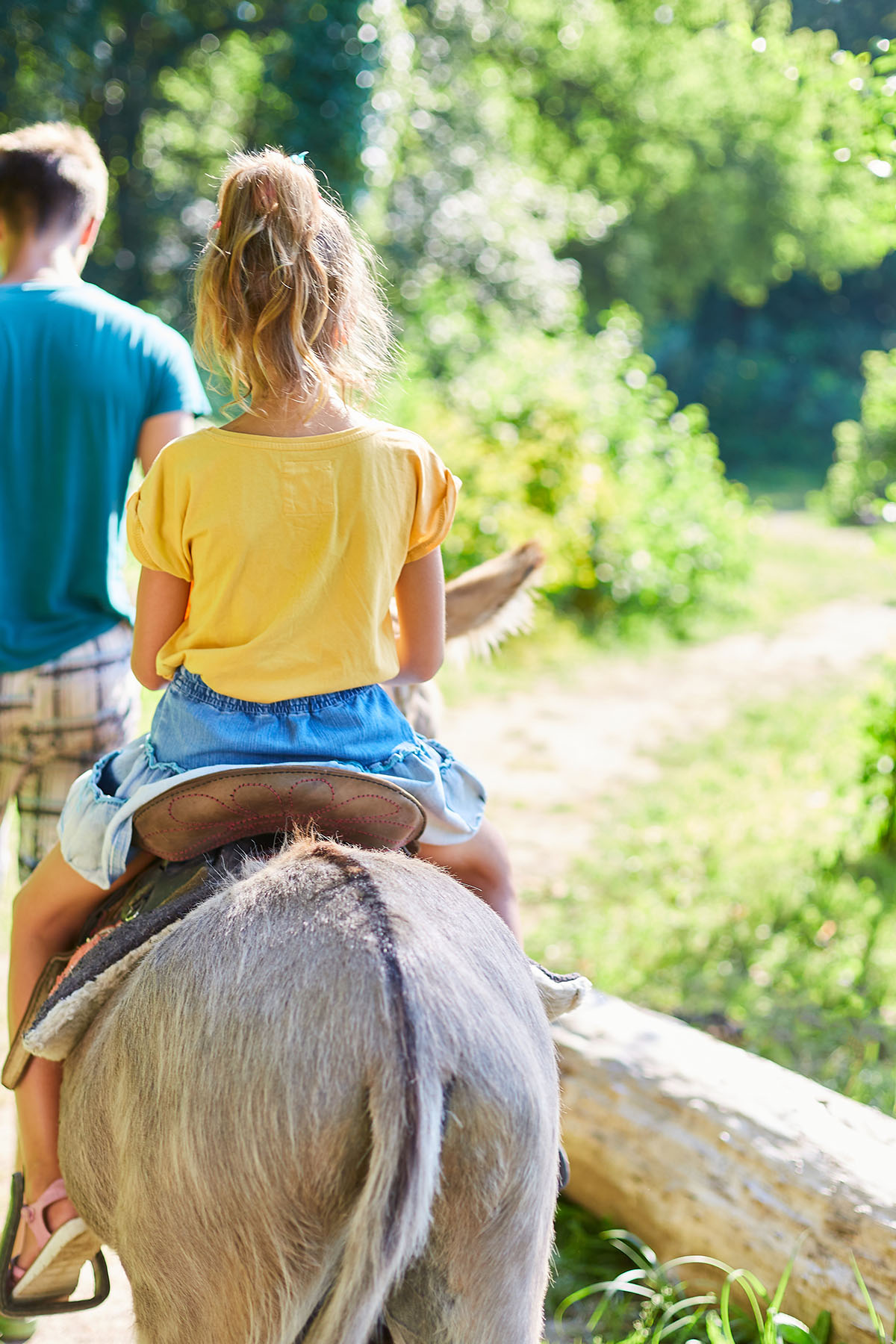 A significant move was the regulation about the maximum load that a donkey can carry on a trip. According to the law, a donkey must not carry a tourist weighing more than 100kg or one-fifth of its weight.

The rule is based on a finding that donkeys were forced to take heavy loads while working nearly non-stop without adequate water and rest.

Many of them had to work all day long for seven days a week. In addition to the massive cargo, ill-fitting saddles also put the animals at risk of open wounds.

Another part of the regulation requires donkey owners to take better responsibility for the animal’s well-being. Every donkey put to work must be confirmed healthy, to begin with.

The workstations and living quarters for the animals must also provide disinfectant materials.

In case of injuries or open wounds, a disinfectant can prevent infections and worsening conditions before a veterinarian gives the animals more intensive care.

Even when carrying a weight-appropriate load, a donkey can still suffer from injuries due to poorly-designed saddles and restraints. 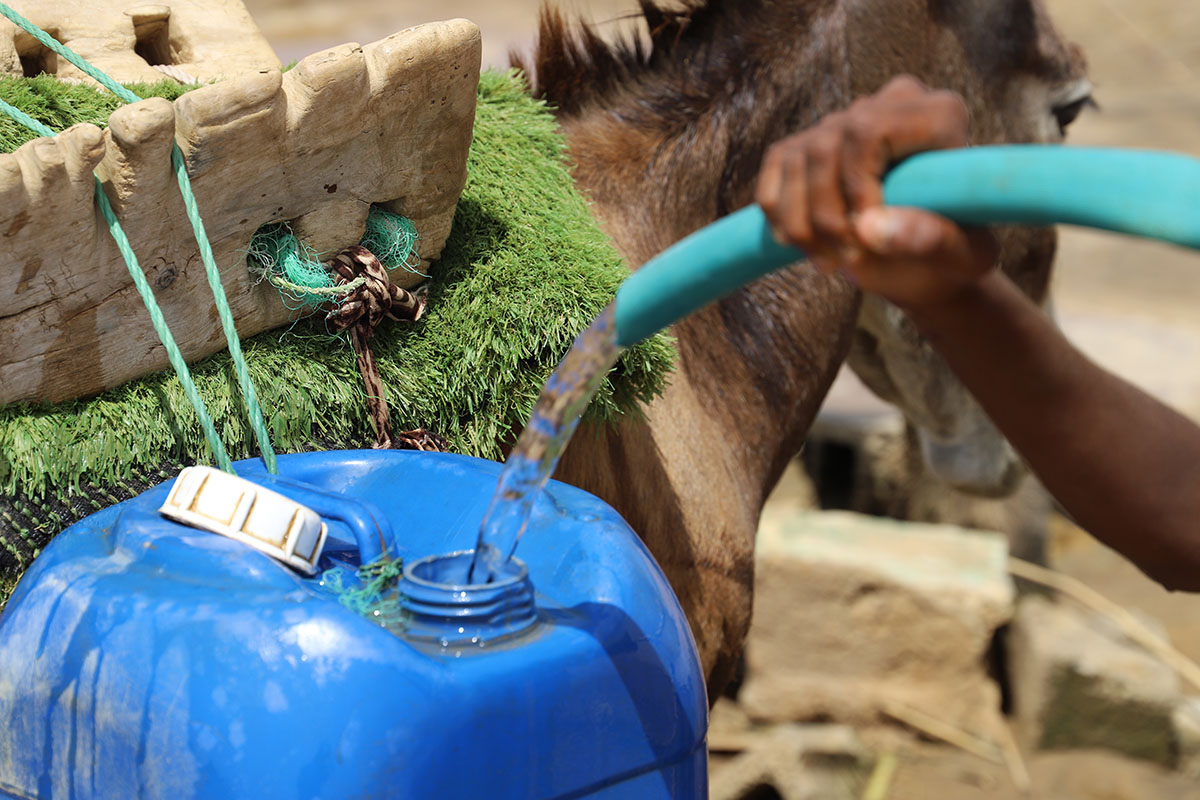 Only healthy donkeys are allowed to carry weight. The rule states that unfit donkeys should not be used under any circumstances. Unfit donkeys are those found to be ill, injured, in advanced pregnancy, or with poorly-maintained hooves.

Appropriate and adequate food and water put into decontaminated containers must be easily accessible by the donkeys, and the container must be cleaned at least once a day.

The international program director at PETA UK suggested that an adult donkey could take a maximum of 500 steep steps five times a day while carrying 100kg of cargo. 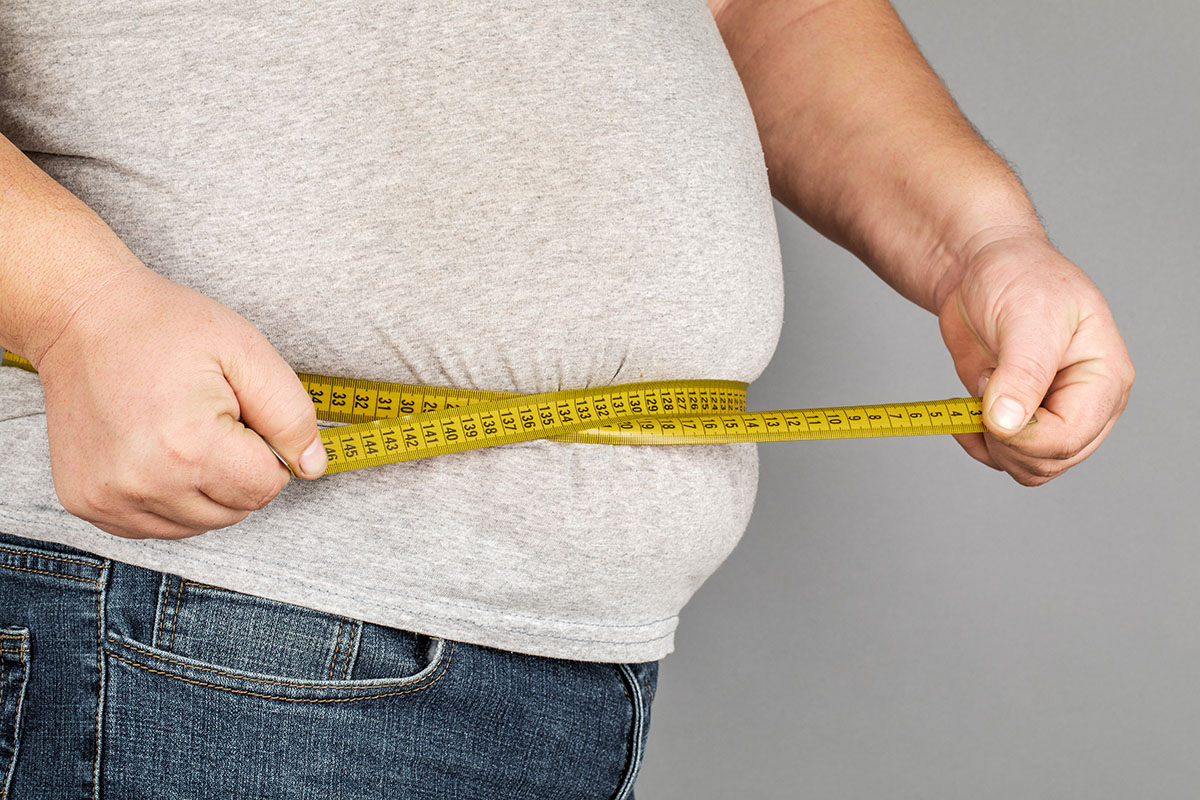 According to Christina Kaloudis, a co-founder of the Santorini Welfare Association, overweight tourists have increased three times higher in the past decade.

Most of them were from the United States, Russia, and the United Kingdom. Tourists indeed pay to ride on donkeys, but animal rights campaigners argue that some of them are too heavy for the animals.

Charity organizations for animal welfare are especially concerned about crossbreeding issue. Some locals have no choice but to crossbreed their donkeys with mules to produce stronger animals.

Animal activists point out overweight tourists and the donkeys’ working conditions. There are more than 560 steps from the starting point to the top of Santorini, and every animal makes up to five journeys on a typical day.

In the town of Fira, the temperature can reach 30 degrees Celsius. To make things worse for the donkeys, the holiday season on the island is now much longer than it used to be.

Without any weight restriction and improvement on animal welfare, every donkey is at risk of being put to work all year round. 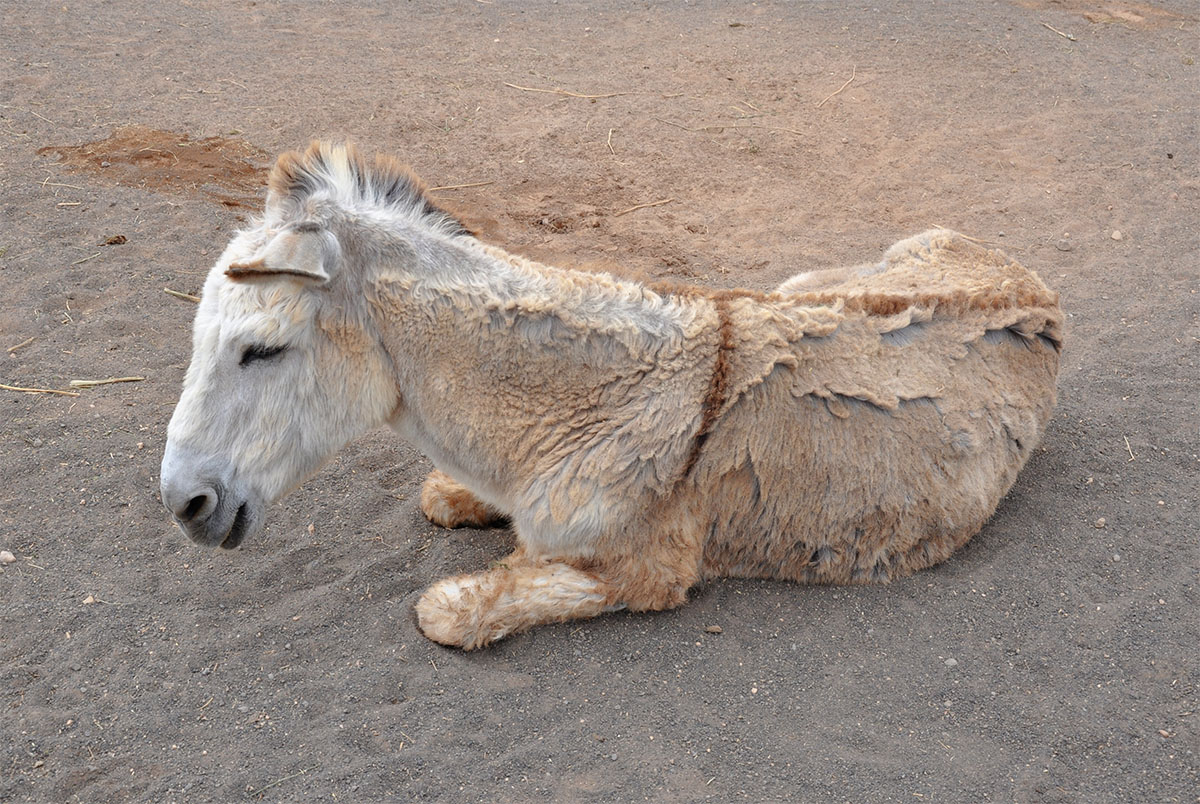 Christina admits that some owners are unwilling to play by the regulation.

There are good owners, but things are still not good enough for the donkeys in general. Some donkeys are forced to work until their last breath; when the animals cannot transport tourists, the owners sometimes abandon them outside the shelter without care of any sort.

For the donkeys, their final walks are trips to death. Many owners don’t even bother paying the fee to put the donkeys to sleep. Instead, they choose to abandon the animals in terrible conditions. 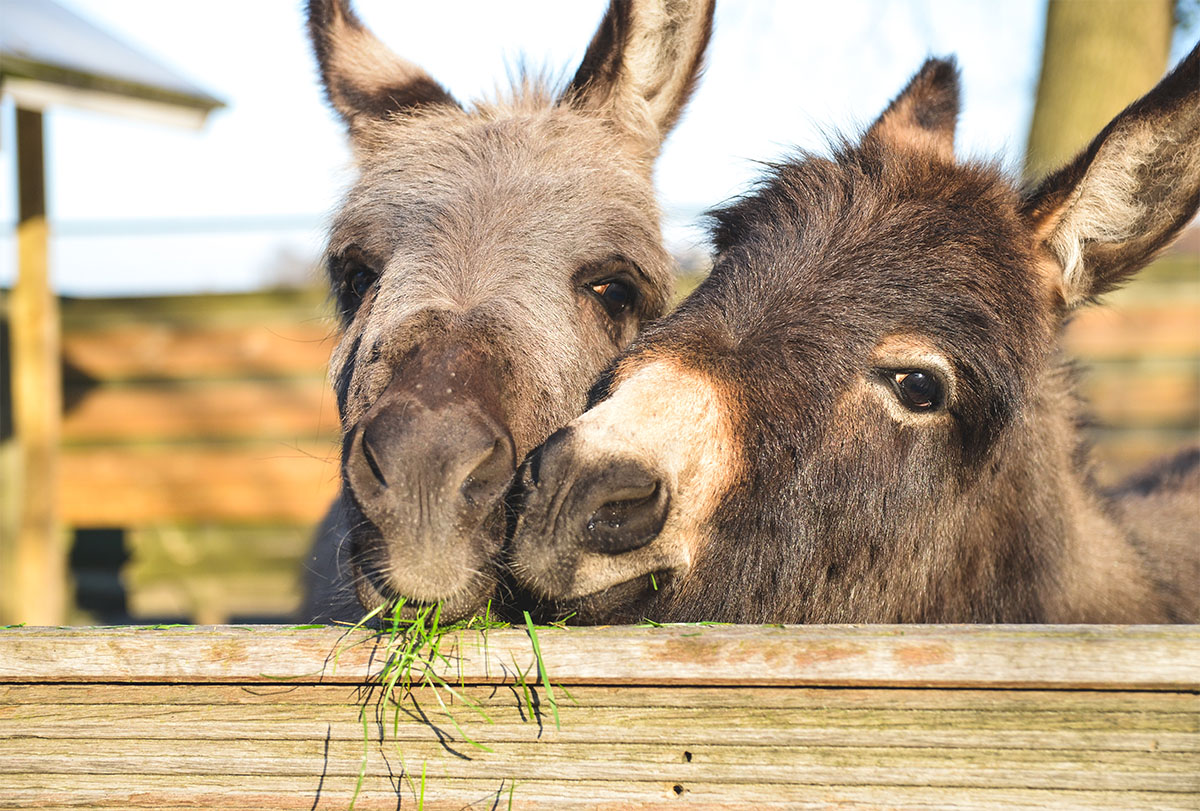 Social media is part of the success in raising public awareness of donkeys’ welfare in Santorini. With pictures and videos circulating online, it has become more difficult for the locals to conceal the abuse.

Donkey Sanctuary in the UK has also expressed concerns about the evil practices of using animals for the tourism industry in Santorini.

It is not about stopping people from making money but encouraging them to treat animals fairly and humanely.

Despite the regulations set by the Greek government, the challenges remain mostly the same such as lack of shade and excessive workload.