There is no denying that children and teenagers are easily influenced by what happens around them.

In today’s age, where they have seemingly unrestricted access to social media, they are often exposed to contents with very little education or any positive values at all.

Case in point: the dangerous acts and challenges posted on a social platform called TikTok. For sure, it is not the only platform available.

Still, recently there has been a growing trend in which people record themselves conducting risky experiments with themselves, such as shaving teeth with nail files, taking a hefty dose of over-the-counter drugs, holding breath until they are rendered unconscious, driving recklessly, and many others.

A recent incident posted on TikTok is likely to fall into the category.

Raffaela Weyman, a Canadian singer, and songwriter, is known professionally as Ralph and on TikTok as @SongsByRalph, posted a video of herself and a friend smelling a large yellow-colored flower in June.

She had no idea it was Angel’s Trumpet, a toxic flower containing scopolamine, a hallucinogenic and potentially deadly narcotic. Ralph and her friend were severely intoxicated until the next day.

Ralph and her friends were walking to another friend’s house for a birthday party. Somewhere along the road, they came across a beautiful sizeable yellow color flower that emits an enticing smell.

They couldn’t help but picked some flowers up and smelled them repeatedly. Of course, they recorded a video and posted it on TikTok.

Everything seemed alright at the time, and so they continued walking. Soon after they arrived, they didn’t feel well for no apparent reason. They had no idea what happened; they only knew to go home early before their conditions worsened.

Only the next day that Ralph learned if the flowers she had picked up the night before were Angel’s Trumpet, a source of a dangerous narcotic called scopolamine, better known as its street name Devil’s Breath or burundanga.

Upon realizing her mistake, she wrote on TikTok to tell her followers and everyone else the flower was poisonous and that she accidentally drugged herself.

Since the flower is not illegal, it remains to be seen if it turns into just another instance of the TikTok challenge. 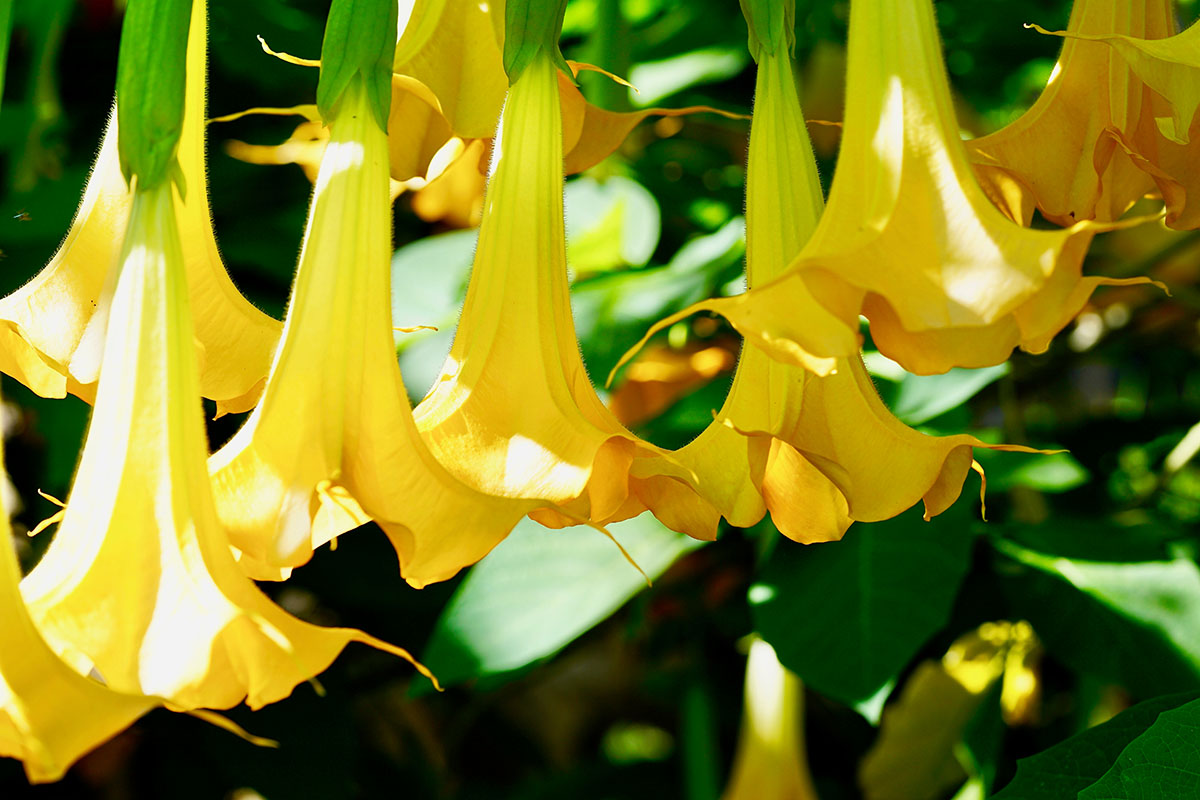 Angel’s Trumpet is not the only source of scopolamine, but the drug is indeed typically extracted from the flower as liquid or powder form.

It could be inhaled or mixed with drinks to trigger severe hallucinogenic effects. Some say Devil’s Breath is the worst roofie (street name for Flunitrazepam- brand name Rohypnol) yet much more vital.

Once consumed, the drug induces a “zombie-like” state marked by amnesia, hallucinations, and loss of free will. A large dose may result in respiratory failure and death. 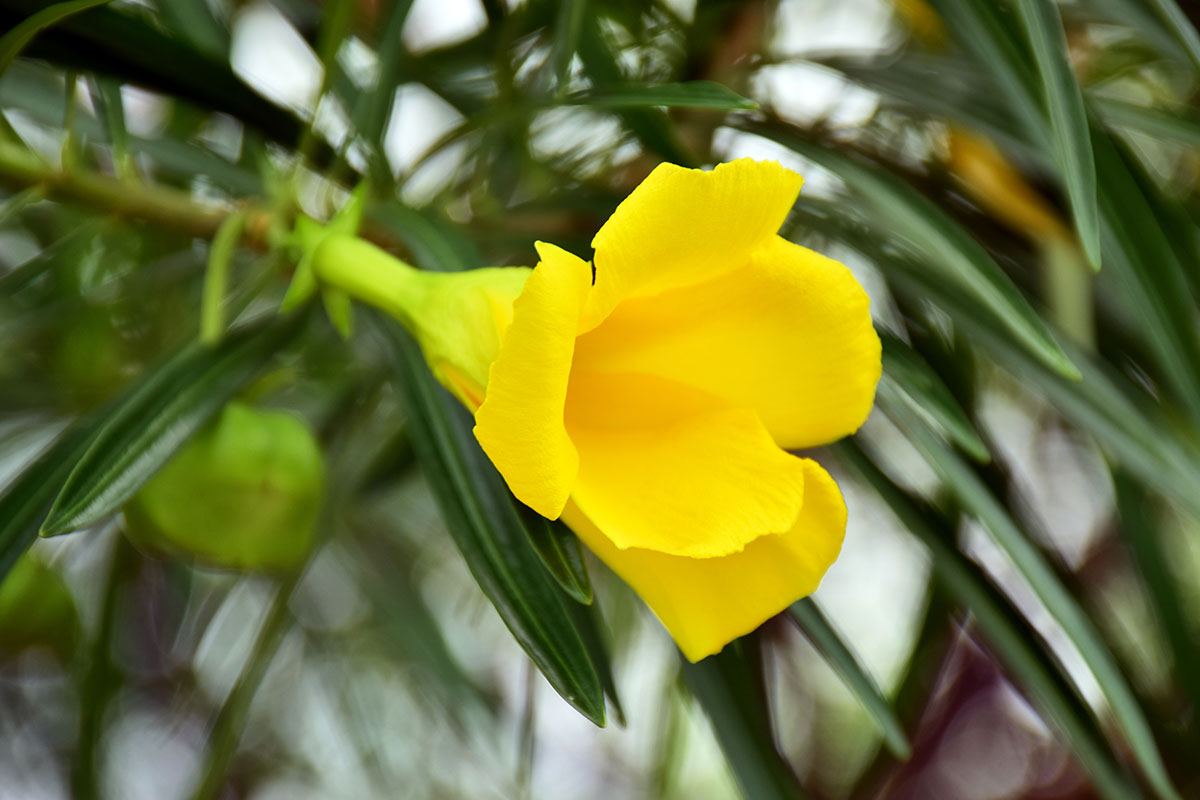 Scopolamine was reportedly used by both the U.S. and the Soviet Union during the Cold War as a form of truth serum, primarily because of its hypnotic properties.

The effects remain unchanged, but today the usage does. It has become a common drug used by criminals, especially in South American countries, including Colombia and Ecuador, to commit crimes like sexual assault and robbery.

In 2015, three members of organized crime in Paris were arrested for using the drug to steal millions of Euros from older adults. 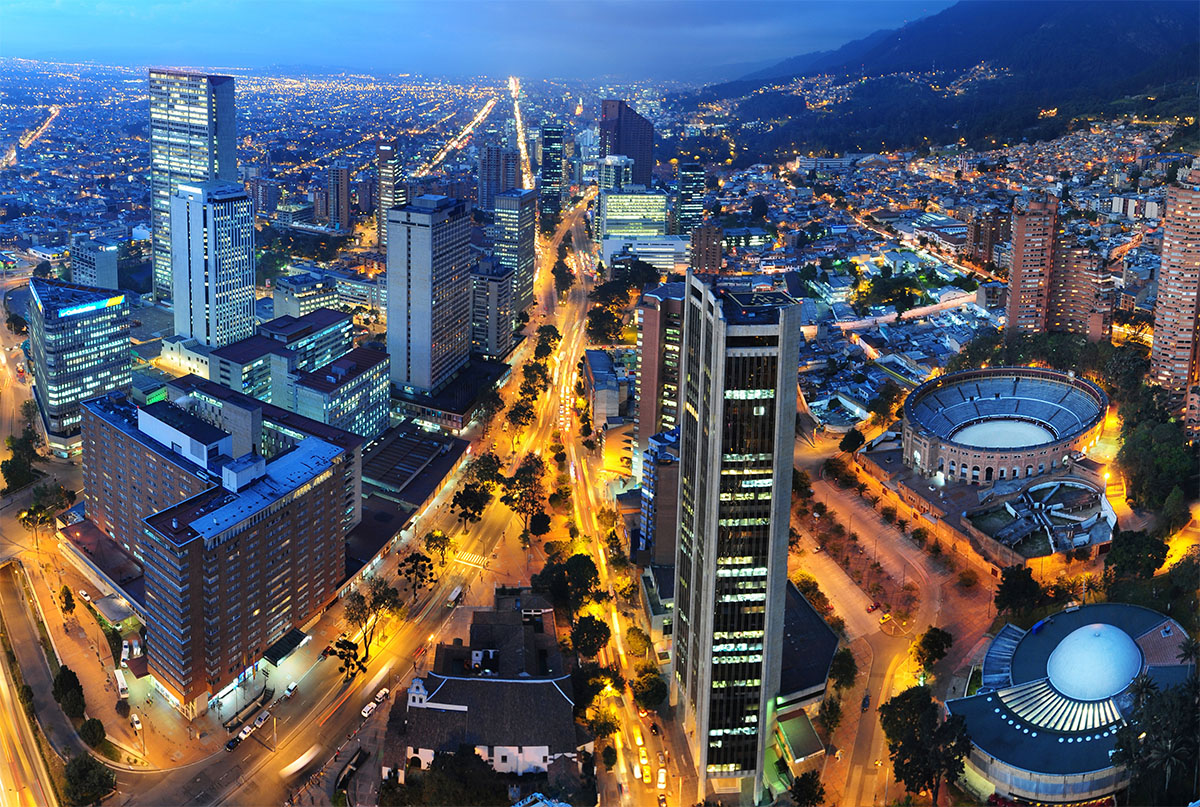 The U.S. travel advisories for Colombia issued a warning to travelers visiting the South American country because criminals are using scopolamine to incapacitate foreign tourists.

The notice continues with advice against leaving drinks or foods unattended in public areas, including restaurants and bars.

Tourists must also take precautions when accepting any offer of gum, cigarettes, or other foods because the items may have been tainted with narcotics before.

Scopolamine was so dangerous that, according to legend, people with the drug in their system could be easily convinced to bury themselves alive. 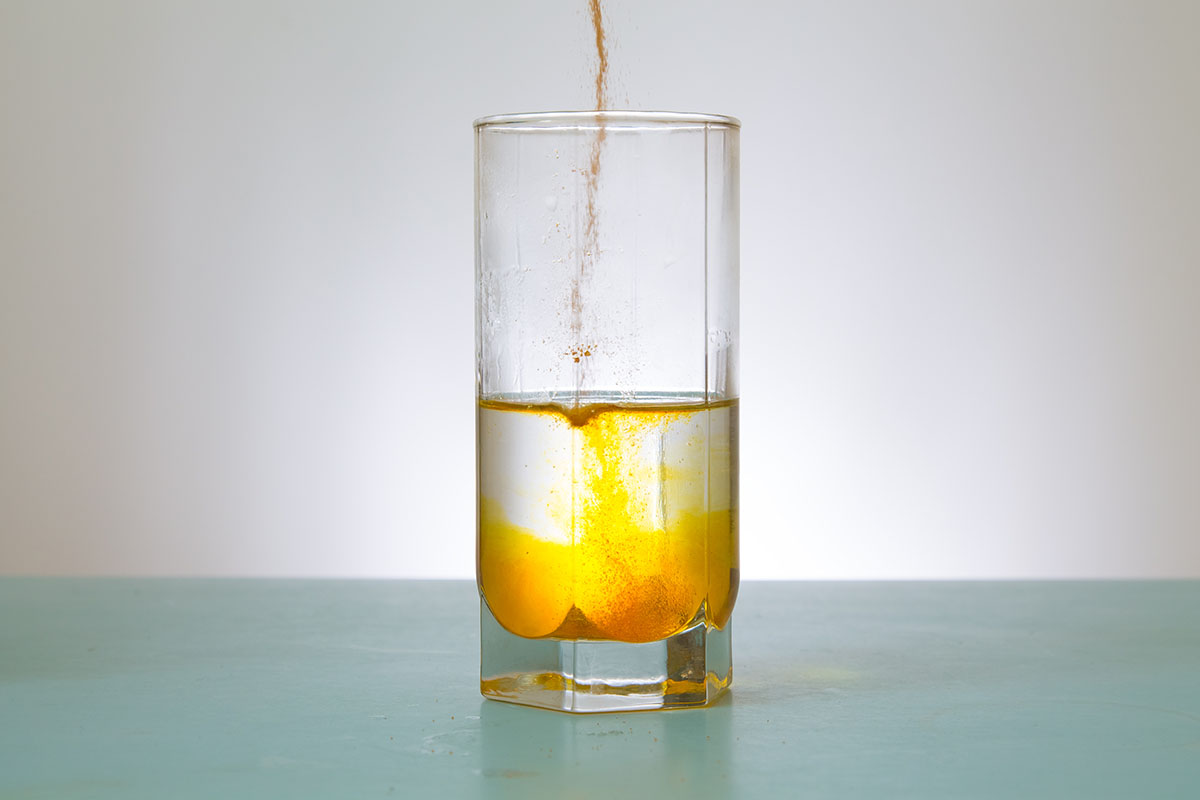 When extracted in powder form, scopolamine is tasteless and odorless, unlike the source flower.

It can be sprinkled onto food and slipped into drinks without altering the flavors at all, making it a perfect drug for criminals to commit robberies and abductions.

Anybody who takes the drug, either voluntarily or otherwise, can still move and walk but is incapable of rejecting orders.

To everyone else around, the drugged individuals seem normal. In reality, they have entirely lost the ability to control their actions and make sound judgments—easy prey for criminals. 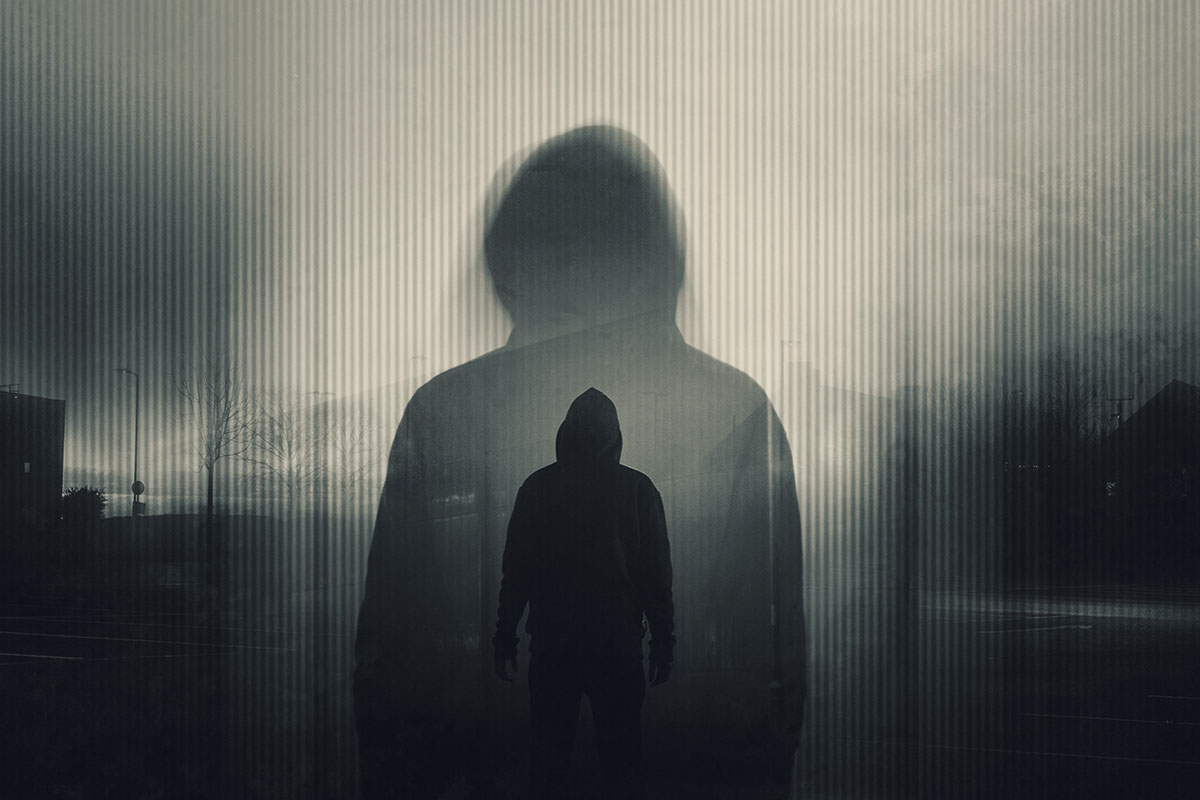 Inhaling scopolamine in a large dose is a recipe for disaster. In the drug’s native country of Colombia, scopolamine is responsible for the hospitalization of as many as 50,000 people every year.

In many cases, the victims remain unconscious for 24 hours or more; others never wake up at all. But crimes using the drug happen not only in South America.

In 2020, a Lyft driver in Atlanta told a story about how she managed to escape from two men who tried to abduct her using the drug. She used the car’s emergency button to alert local authorities.

According to Professor Val Curran, the founder, and director of UCL’s Clinical Psychopharmacology Unit, Devil’s Breath is horrible stuff and the scary story of zombification.

She used to give the flower to people as part of an experiment, and they dislike it. One of the first effects is typically dry mouth and pinpoint pupils; a high dose may render a person incapacitated.

As for Ralph, she experienced vivid nightmares and sleep paralysis after leaving her friend’s birthday party. She was pretty lucky that it did not escalate into something more worrying. 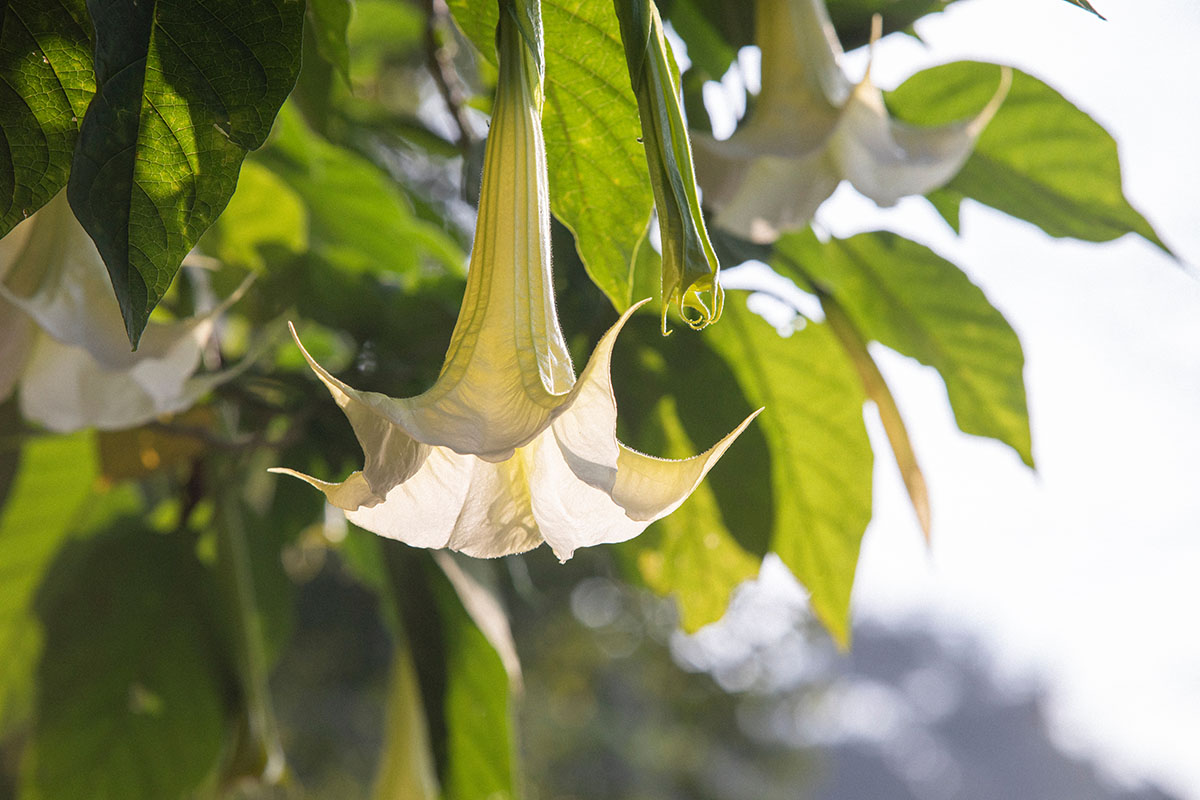 Despite its reputation as a source of sexual assault and robbery drug, Angel’s Trumpet is not all bad. When extracted for medicinal purposes, the resulting medicine can be used to treat motion sickness and asthma.

In a small dose, Angel’s Trumpet extracts have been known to improve nausea due to anesthesia as well. It is probably the reason why the flower is not illegal in the United States.

Ralph came across the flowers in the Silver Lake neighborhood of Los Angeles. Scopolamine is a legal prescription drug in the United States.

Ralph’s unknowing consumption of scopolamine only left her feeling unwell for a night. She and her friend did not inhale or take an extracted liquid or powder but the relatively safe natural flower form.

In her sleep that night, she claimed to have experienced sleep paralysis for the first time in her life. She told her followers not to smell some random flowers on the street afterward.

The flowers grow well in frost-free coastal climate regions in many countries, including the United States.