by Factionary 5 days ago5 days ago
02.3Kviews

The sea can be a beautiful place: open ocean, clean blue water reflecting a wide-open sky. No city noises or smoggy air, no cars, and other boats leave such a wide berth that collisions out in open water are an incredible rarity.

For seasoned sailors, it’s a safe and gorgeous retreat from the landlocked world. But the ocean is also dangerous.

It’s home to one of nature’s deadliest phenomena, the Hurricane, which can turn even a Destroyer into a bath toy in the roil of the twisting seas.

Even experienced sailors know, if they sail into a storm, there’s a chance they might not sail out. Tami Oldham Ashcraft went on an unforgettable boat trip in her youth.

What was supposed to be a simple skim across the ocean from Tahiti to San Diego turned into a contest of survival and a test of the human spirit. She came out alive to tell her tale, but at what cost? 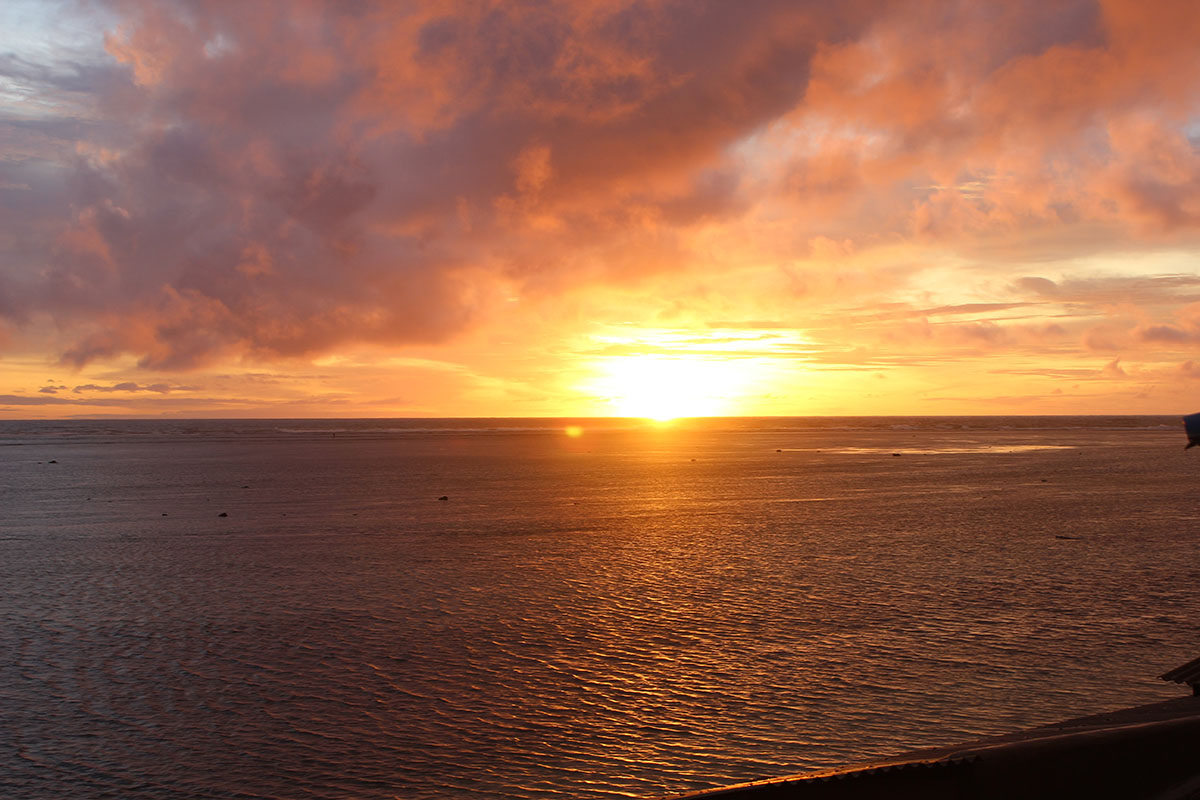 Tami was set up to be a prominent sailor since she was younger. Her father sailed as a hobby, and she got the hang of it when she went out and helped navigate one of his yachts.

She decided that she liked it enough to take her fiance, Richard Sharpe, out for a month-long cross-Pacific tour from a dock in Tahiti to San Diego in September 1983.

Things were going well for the couple for a while up until they started nearing the equator.

There were signs and radio warnings of a tropical depression, a storm front that threatened their journey, which later developed into Hurricane Raymond.

They were tossed into 40-foot tall waves and winds over 100 miles per hour. On October 12th, Sharpe managed the deck in the biting rain and wind while Ashcraft went below deck to rest. Then everything changed. 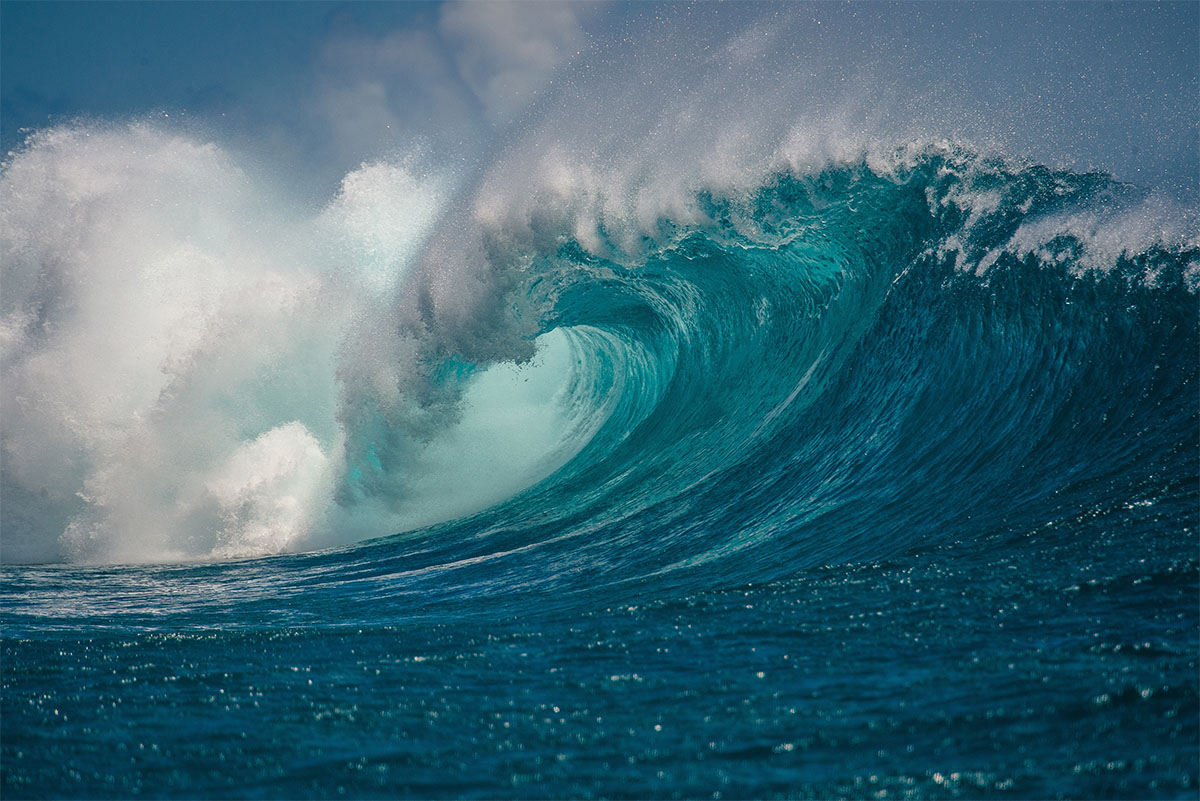 The massive waves and winds rocked the boat so hard it capsized, turned right over. Ashcraft was thrown around in her cabin and was knocked unconscious.

When she awoke, the storm had passed, and the boat was extensively damaged. She lost a sail and had to deal with various other issues that left her stranded in the water. And she had to do it alone.

The first thing she noticed was Richard’s safety line; the thing that was supposed to keep him attached to the boat by a harness at all times, even in a storm, was snapped. He was gone.

There was no sign of him. She’d been adrift for at least a day after passing out, and the storm had changed her course somewhat. She not only lost her way, but she lost her fiance as well. 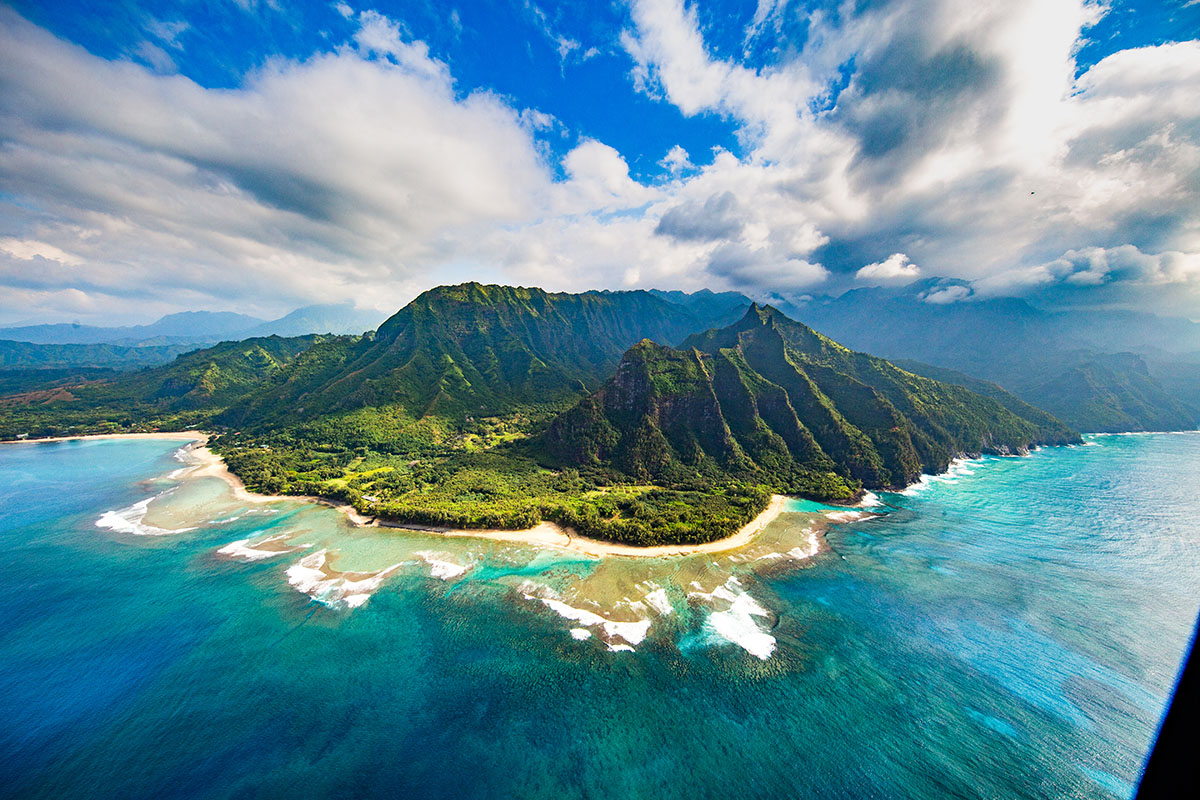 Ashcraft was faced with the difficulty of returning to land while in the middle of the ocean. She used every second of her experience from sailing, every tiny piece of knowledge, and plotted a course for Hawaii, 1,500 miles away.

It took her 41 days to reach land, during which she survived off of canned food, peanut butter, and precious little water. 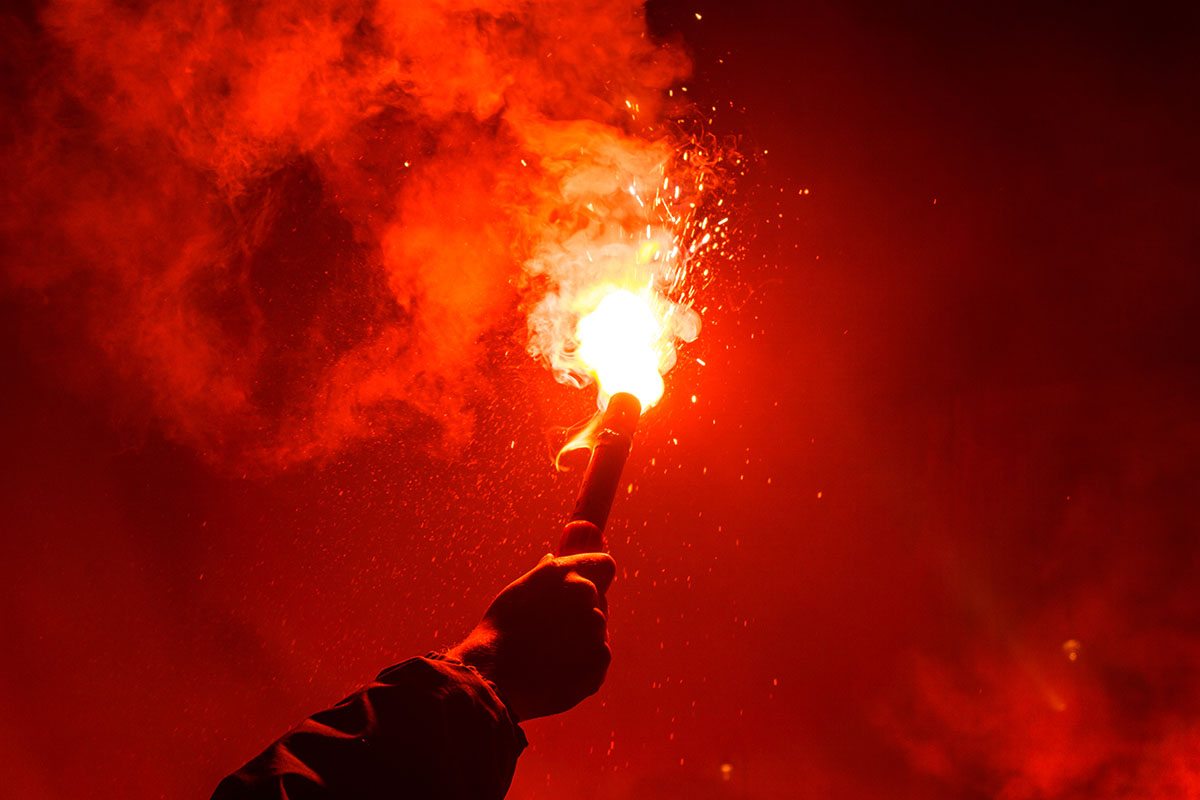 Sailing technology back in the 80s isn’t what we’re used to today. The only accurate technology she had to start with were two radios, one long-range that was for weather updates every three hours, and a short wave radio for burst transmissions to nearby vessels.

She called in a mayday for rescue every 15 minutes for days on her short wave until, eventually, the water damage made it fizzle out. All she had left were a few flares to shoot into the sky should she see a vessel on the horizon. 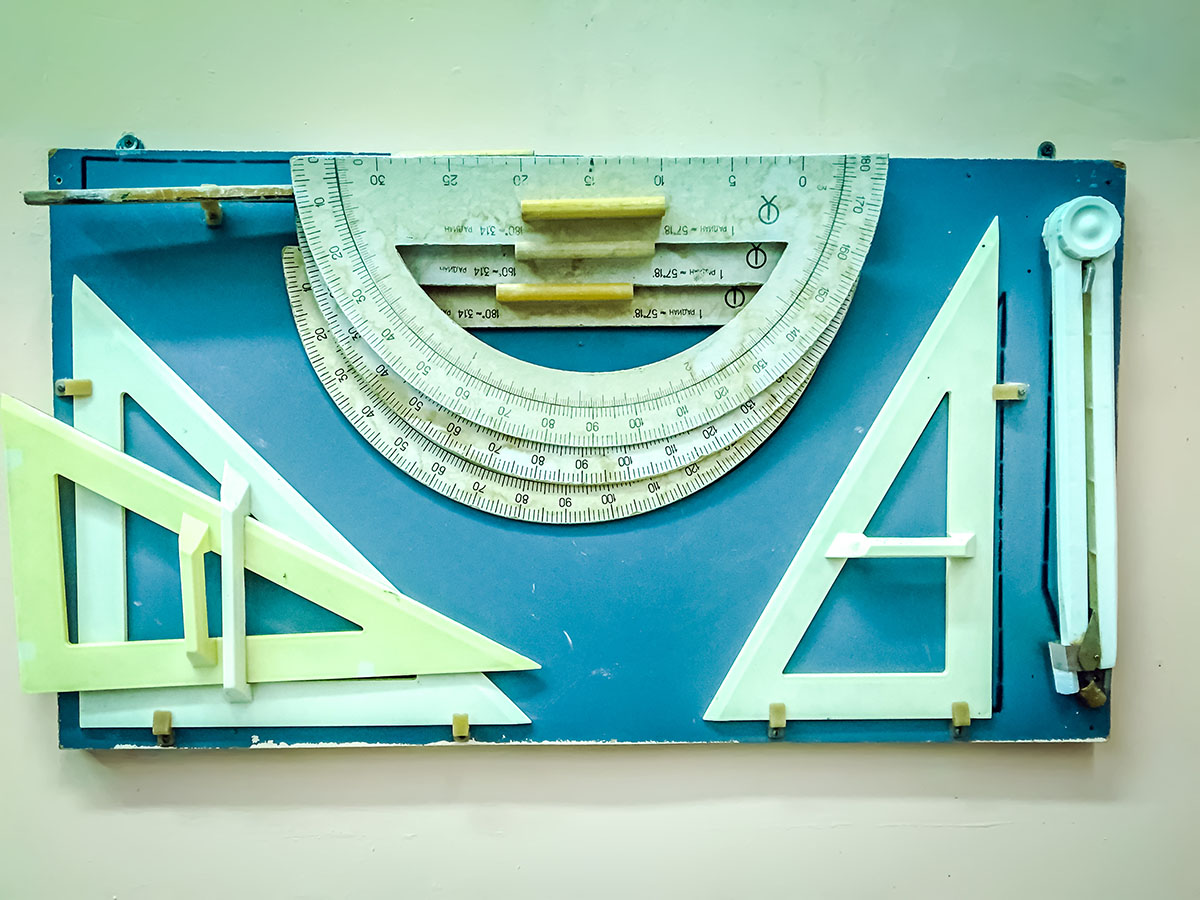 What got her through the journey was a plastic sextant, an instrument that measures the latitude and longitude based on the boat’s position relative to the sky versus the time of day.

At first, she could only measure her broad space to know how far north or south she was until she found her watch in the bilge where the water leaked in—using that, she was able to navigate precisely enough to find her way to land.

Losing her mainsail, her technology, her safety, and security – all of that was bearable. She fixed the boat up well enough to sail it to the port. Losing Richard haunted her, but at the same time, his memory comforted her.

She said she heard his voice encouraging her and felt his presence on the boat. It kept her mind off of the worst-case scenarios.

At one point, near the end of her journey, she thought it was hopeless and nearly ended it herself, but she felt Richard encouraging her, even heard his voice telling her she was almost there and to keep going.

Ashcraft’s harrowing journey was encapsulated in in memoir Red Sky in Mourning in 2002. Along with several interviews, she was eventually approached to have her fantastic story adapted into a film.

The movie, Adrift starred Shailene Woodley and Sam Claflin as the two sailors and their struggle to survive.

In the movie, Richard was depicted as having survived until the end, where it was revealed his presence all along was just a vision.

Ashcraft praised it highly, pointing out one moment where Shailene was patching a hole in the boat with duct tape. It brought her right back to the exact moment in her life so many years ago.

1 Back In The Saddle

Although the incident happened well over 30 years ago, it was a grim highlight of people’s powerlessness out in the ocean. At the same time, Ashcraft went on to sail again and again.

She never forgot Richard, but the ordeal didn’t ruin her love for sailing. She equated it to a car crash; eventually, you must trust yourself to get back in the driver’s seat and go again.

She continues to advocate for safety in sailing, proper training and reminds people that when all the batteries go out, or the electronics get damaged, all you have left is your knowledge and the stars in the open water.