by Factionary 3 weeks ago2 days ago
04Kviews

Archeology and the art of finding ancient buried and lost items may not seem the best of most fun professions. Still, we can’t throw away history and historical facts just yet.

It is not every day we have ancient artifacts show up and send archaeologists into a frenzy.

But that’s precisely what happened with the 2,000-year-old green serpentine mask found by experts of Mexico’s National Institute of Anthropology and History (INAH).

These researches found the age-long mask buried at the base of the Pyramid of the Sun in Teotihuacan, a city of prehistorical Mexico, now vanished.

Events like this are once-in-a-lifetime happenings that need to be shared with all and sundry.

And if you are no lover of historical artifacts, do not skip this yet. Hold your horses as this is going to be one exciting and educating read.

9 A Little Something About The INAH

Researchers of the National Institute of Archeology and History (INAH) of Mexico made this groundbreaking discovery which is a breakthrough for Mexican archeology.

The INAH is the recognized Mexican federal bureau established in 1939 to preserve, research, guarantee, protect, and oversee Mexico’s historical, anthropological, and archeological heritage.

The institute is also in charge of many museums in Mexico and the prehistorical and archeological zones, structures, and mausoleums of Mexico. 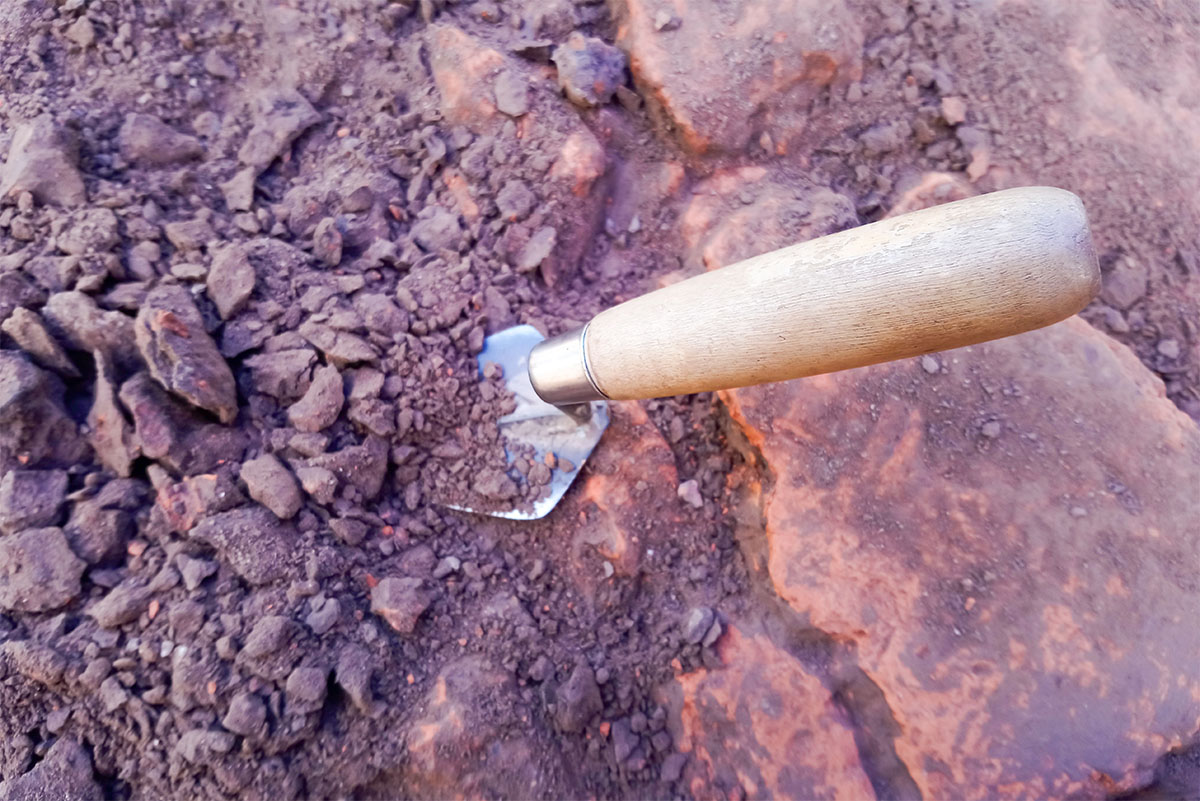 8 The Pyramid Of The Sun

The towering pyramid of Teotihuacan, built around 100 CE, was erected over a human-made tunnel and had over 240 steps leading to the top, which researchers believe once housed a temple. It had not always been called the Pyramid of the Sun.

History has it that long after the original occupants of Teotihuacan vanished from the city without a trace, the Aztecs became the new settlers in the city and gave the pyramid its name – Pyramid of the Sun. 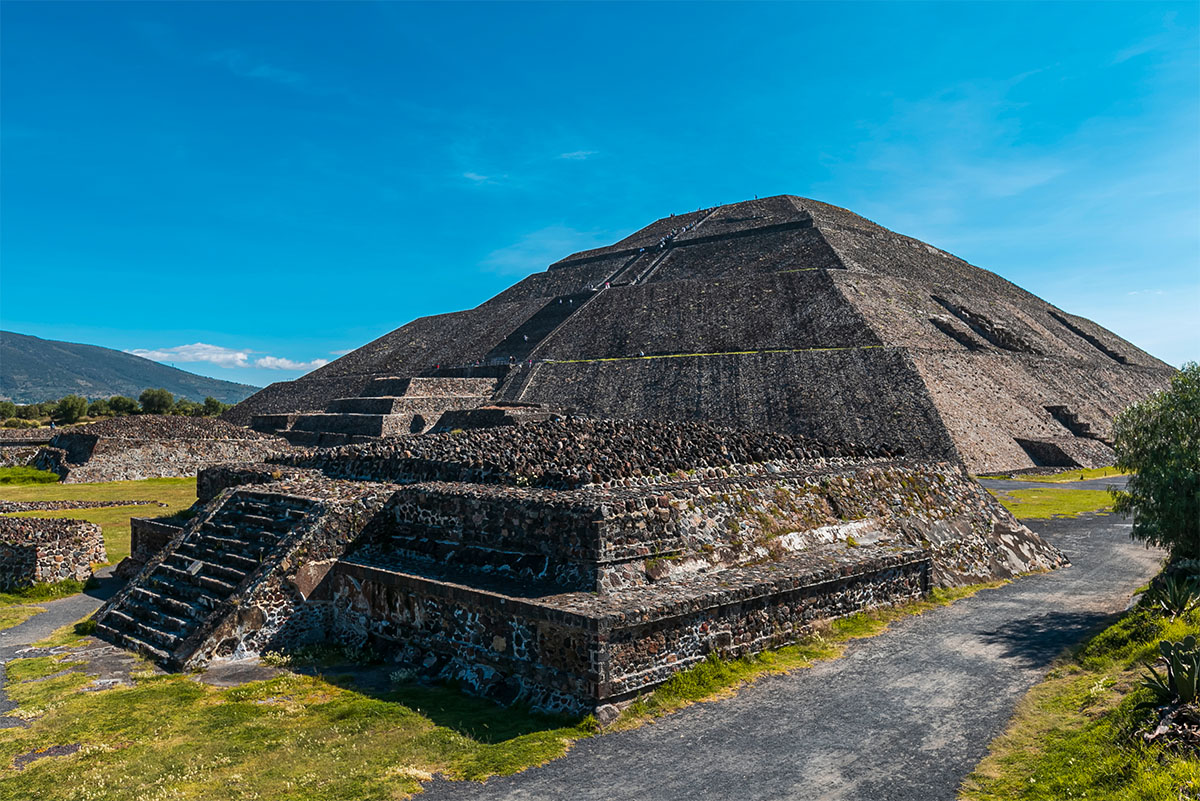 7 Getting To Know Teotihuacan

Before its discovery by the Aztecs in 1300, historians believe the Teotihuacan city was one time home to some 200,000 people.

It was given the name Teotihuacan which means “birthplace of the gods,” by the Aztecs. There is also the belief that the natives were forced to emigrate from Teotihuacan due to drought or warfare.

A onetime largest Mesoamerica city, the city now lay in ruins, abandoned but of great importance to historians and archeologists.

When researchers from INAH set out on the journey that either solely made or contributed to making 2011 a memorable year for them, they had no idea what they were in for.

Maybe they had a few guesses about what to find, but a 2000-year-old treasure trove of ancient items, including an ancient lifelike serpentine mask, would have blown their minds.

After years of research and searches on and around the site, they stumbled upon a mask held to be a portrait and three other like-figurines. 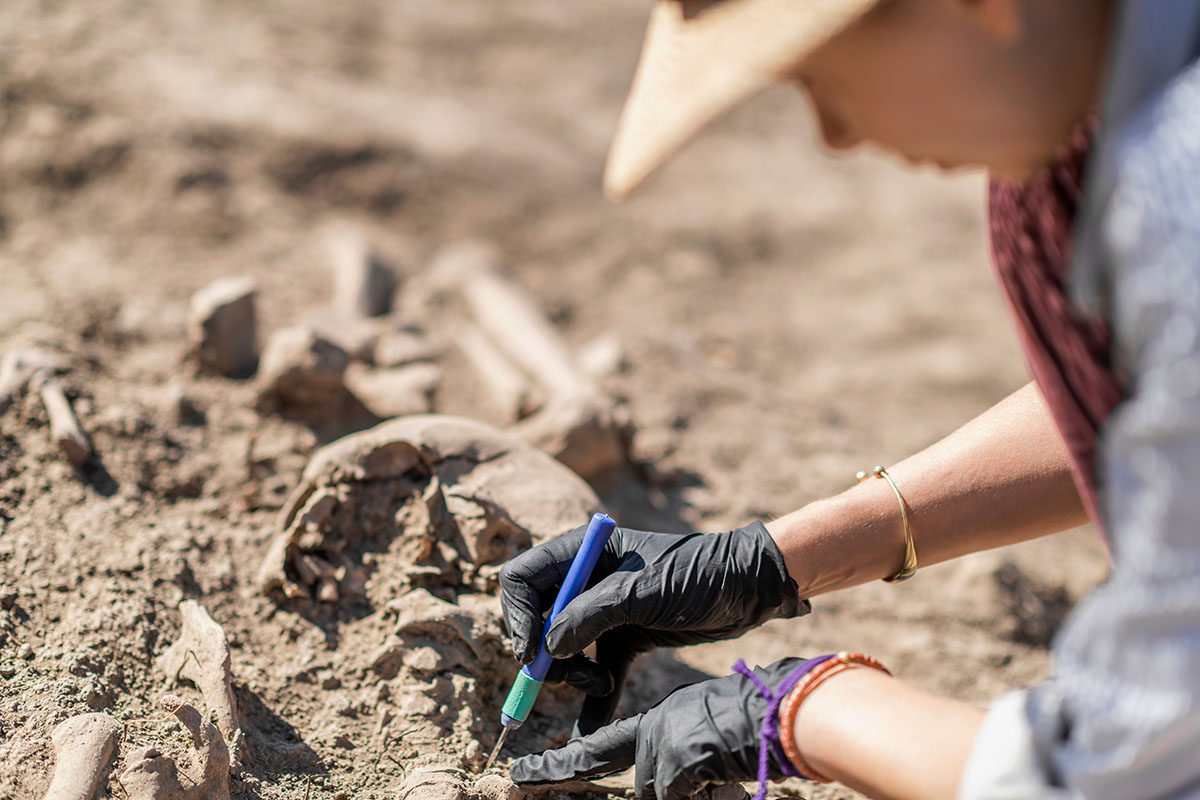 Some have argued that the sun’s pyramid was built as a burial site, and this comes from the similarities between the mask found there and the Egyptian burial mask.

On the flip side, others have espoused that masks were never originally used in a funeral context and faults the former philosophy based on this.

The green serpentine mask was also found to bear great similarities with those found at the Pyramid of the Moon, which was undoubtedly a burial site for animal and human sacrifice victims. 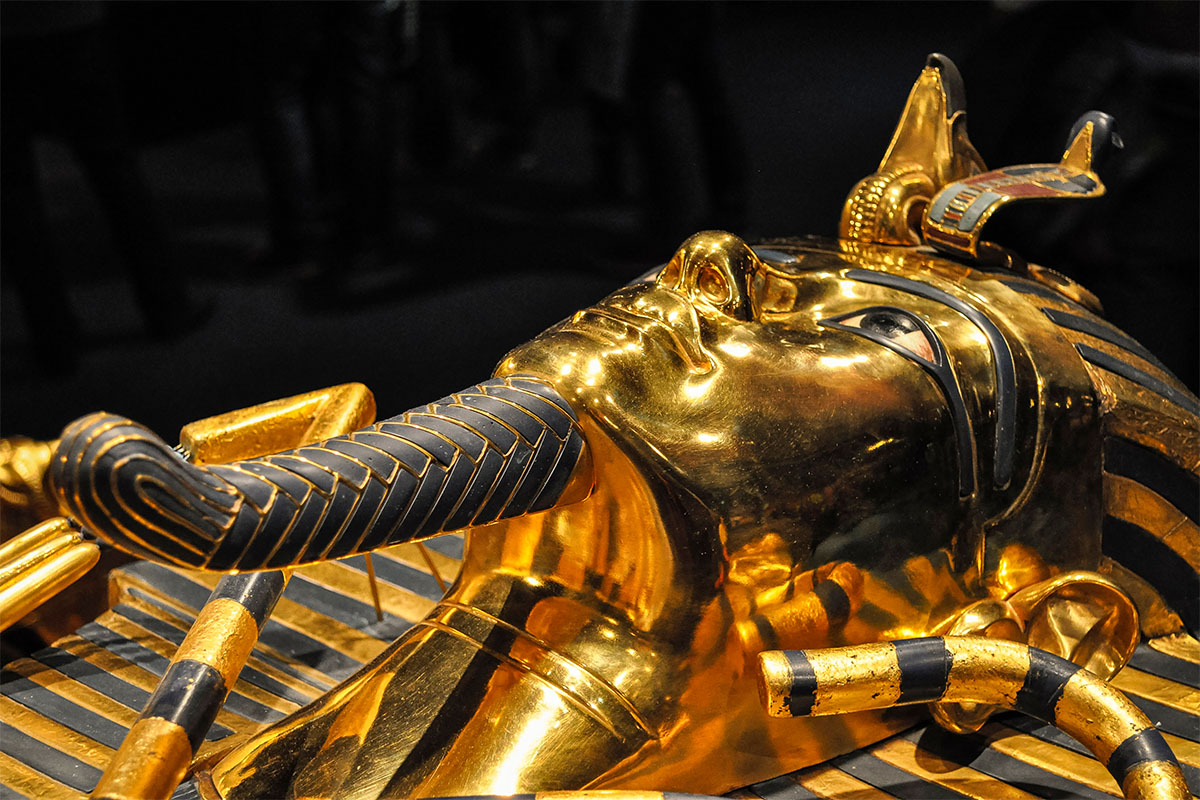 4 Ritual Offerings Or Not?

According to INAH archeologist, Perez Cortes, finding the artifacts at the base of the pyramid suggests they were placed there before the pyramid’s construction as some dedication ceremony or offering to the gods before the workers started building the pyramid.

Historical evidence and the burial sites excavated at the pyramid also suggest that the people (Teotihuacanos) practiced human sacrifices to consecrate or dedicate a structure before commencing any work. 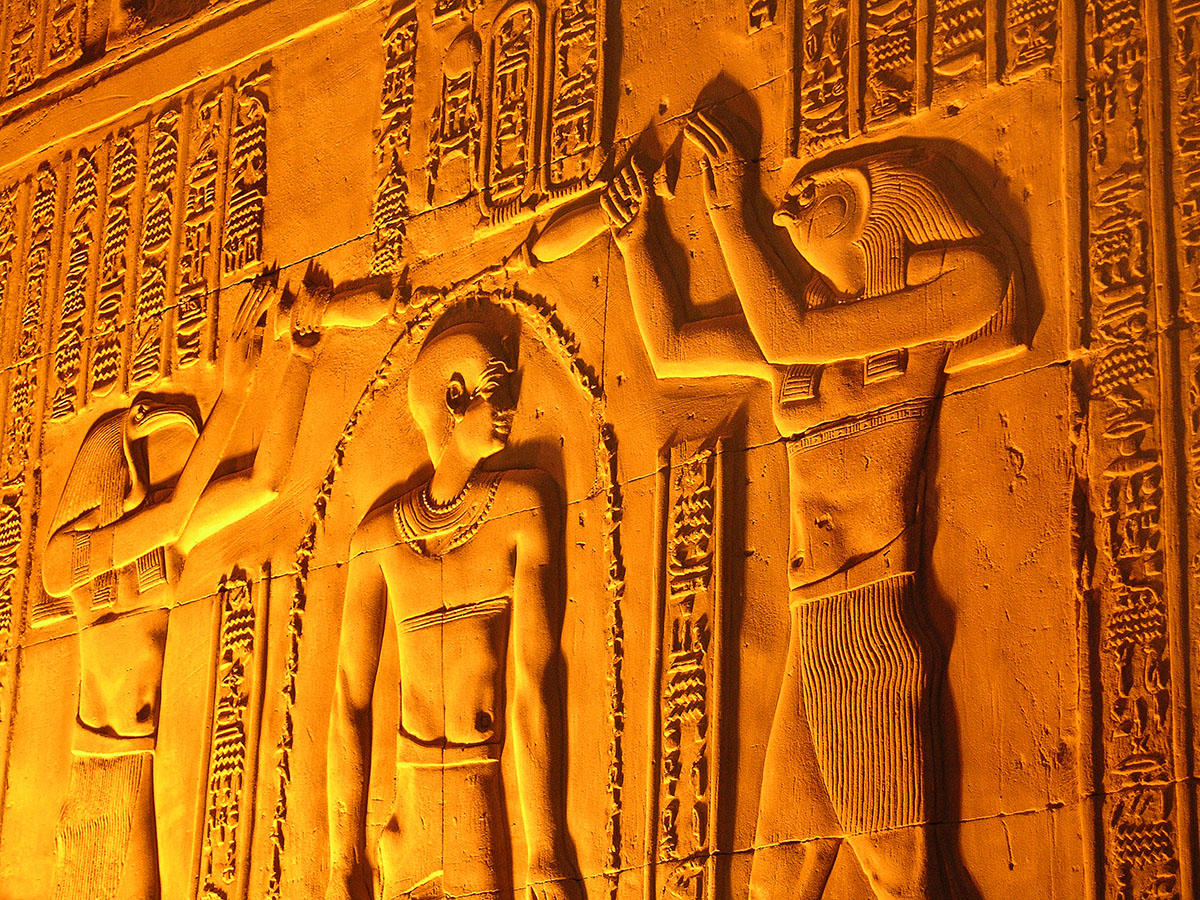 3 What Led To The Discovery

Archeologists have for many years been exploring the pyramid to find out its significance to the original people of Teotihuacan.

Some believed it was a royal burial site and others believed it held a more spiritual significance.

But the drive to finally reach a conclusive answer as to the significance of the pyramid led to the continual digging of tunnels and searching of chambers which eventually led the researchers in 2011 to the treasure pot.

2 Beyond The Mask... Inside The Treasure Trove

Did we mention that the mask wasn’t the only thing found at the discovery? Well, now we have. Some other items worthy of note were also retrieved at the site.

These include other human figurines made out of greenstone like our “celebrity mask,” pottery, animal remains, and obsidian.

But that’s not all. Some human remains were also excavated at the site, which archeologists believe to be human burials that predated the construction of the Pyramid of the Sun.

Some place as ancient and historical as Teotihuacan? Yes! It is worth your time, money, and curiosity. Besides the locals’ lovely food and sexy Spanish, Mexico is a beautiful place to visit in the summer.

Climbing your way up to the peak of the pyramid is a good sport, especially for hike lovers and mountain climbers. Also, you get to connect with history and nature in a very personal way. So yes, go for it!

The next time you visit Mexico, do well to visit the Pyramid of the Sun, and who knows, you might make history for discovering some other ancient historical figurine essential to archeology.