If you saw Anthony Loffredo walking towards you on a dark street on a moonless night, you’d run. And not the casual jog kind of run. You’d flee, arms flailing, screaming your head off.

The 32-year-old Frenchman is not a sight for sore eyes with his multiple – and extreme – body modifications. Loffredo’s goal is to look like our strange neighbors from outer space eventually.

And although he and ET can’t exactly be called twins, Loffredo’s unbelievable transformation would cause a stir wherever he goes, especially when you see his ‘before and after’ pictures. Want to know more?

You don’t have to ask twice. Here are other unbelievable facts about Loffredo and his body alteration journey that you should know about.

According to the interview he had with French Newspaper Midi Libre in 2017, Loffredo had developed a passionate interest in body mutations at a “very young age.”

He had always loved bodybuilding and revealed that his eureka moment came when he worked as a security guard. He felt he wasn’t truly living his life and decided to do something about it.

So, at the age of 24, Anthony Loffredo packed his bags and moved to Australia. We don’t know what Anthony found in Australia – well, he hasn’t told us… yet.

But whatever it is, it spurred him into transforming his body in ways that you can only begin to imagine. 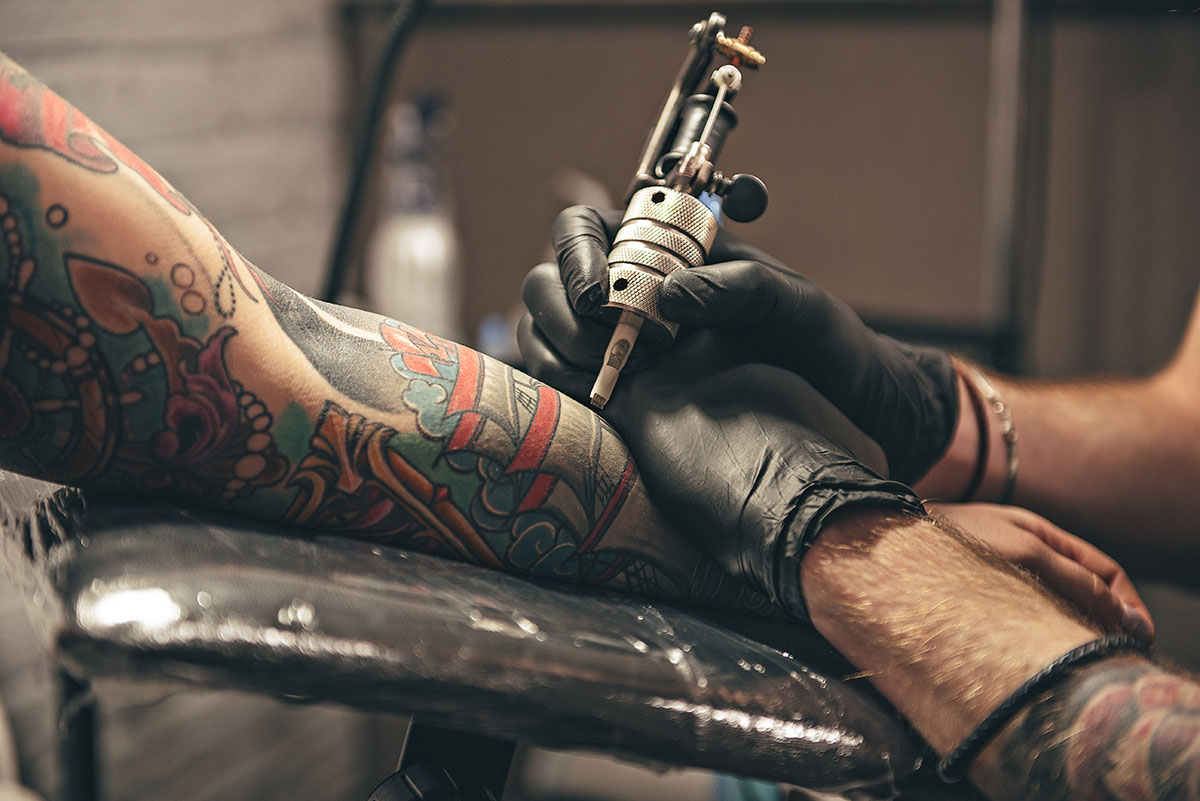 9 He Tattooed His Whole Body

A prominent part of Anthony’s modification is his tattooed skin. Almost all of his body is covered in black lines and streaks. His entire face is a wall of black! I don’t know about you, but that sounds pretty painful. And that’s not all.

What’s a tattoo without a piercing and a couple of chiseled lines, huh? Anthony Loffredo isn’t just a tattoo guy; he also has piercings on his brows, nose, and chin.

The man even has thunderbolts chiseled into the flesh of his cheeks. Or should we say… carved out.

8 His Eyeballs Weren’t Left Out

Now, imagine a needle-moving ever so slowly towards your eyes, just hovering there, ready to plunge in. You shivered, didn’t you? Anthony didn’t.

Unsatisfied with just having his body painted black, he decided to have another dangerous procedure—a sclera tattoo.

Sclera tattoos mean injecting ink into the white part of the eye, just below the conjunctiva. There’s a lot of risk to this modification, and you can go blind if things go south. But, Loffredo went on to dye his whites a midnight black.

7 He Cut Off His Ears

And when you thought he couldn’t be more bizarre, Loffredo tops it with another daring feat. To look like his alien inspirations – or what the TV told us they look like – Anthony Loffredo also surgically removed his ears.

Yes, all that outer skin that makes an ear look like an ear is gone.  Now, not only does he look like an alien, but he also has a sort of reptilian thing going for him. Do you think his modifications stop there? Think again.

6 He Also Split His Tongue

Experts say it can lead to various complications like infection, nerve damage, gum damage, and difficulty breathing. But that doesn’t stop body modifiers, and that didn’t stop Loffredo either.

The daredevil took his extra-terrestrial dream a little further with one a tongue splitting procedure. And we aren’t done. Loffredo also dyed his forked tongue a startling green.

I know what you’re thinking, and it’s not that kind of implant.  You can’t look like an alien without having the classic ET-like rough, bumpy skin. And Anthony Loffredo certainly knew the drill.

His blacked out facial skin is covered with dermal implants placed around his head and chin. These implants give a bumpy, reptilian look and feel to his already terrifying face.

Since his foray into the world of drastic body modifications, Anthony Loffredo has gathered quite the following.

With over 250,000 Instagram followers and counting, Anthony Loffredo can be called body mod royalty.

He entertains his followers with pictures and videos showing off his intriguing ‘alien’ body. He also shares photos of his procedures and their results.  Some of his posts also show different people’s reactions when they see him.

According to Loffredo, he loves getting into the shoes of a scary character. One of his hobbies includes hunkering down somewhere dark, especially at night, and playing roles.

He’s fascinated with the reactions people get when they come across him standing or sitting in the streets.

Loffredo often finds himself exploring the contrast between the role he plays and who he is. He wonders whether people see a human being or something else during their encounters. We’re wondering too.

2 Loffredo Cut Off His Nose

Ha! You thought we were one, didn’t you?! Not if Anthony has something to say about it. And he does, in a big way.  Around September 2020, Loffredo had his nose surgically removed!

He had to leave his native country for this hazardous procedure. Anthony Loffredo had to journey to Barcelona, to Oscar Marquez’s body mod studio, to get his nose sliced off. This operation – called rhinotomy – basically left him with two holes in his face.

But Loffredo doesn’t seem unhappy. Actually, after the procedure, he went online to give a thank you shoutout to Oscar.

You’d think after all this, Loffredo would be satisfied. After all, he looks as alien as they get. But Anthony isn’t stopping anytime soon.

He says his project is only 16% complete. Loffredo wants to become the first living alien. And despite criticism from people, he will continue his body mods until his mission is complete.

Anthony plans to travel across Europe, documenting people’s behavior towards his transformation, wondering where he’ll get the money for all this? Anthony plans on finding work as a sclera tattoo artist.

Anthony Loffredo’s burning desire is to be the first Black Alien. A project he started and would see to the end, no matter what people may say. In his own words, “my only regret would be that I didn’t do it.”