Every murder is a tragedy for someone, but most go ignored by the general public.

There are however some cases for which people never seem to lose interest.

Some have been solved long ago, but some are still shrouded in mystery.

Let’s have a look at 11 of the most famous murders in American history, the names and the faces that still haunt us. 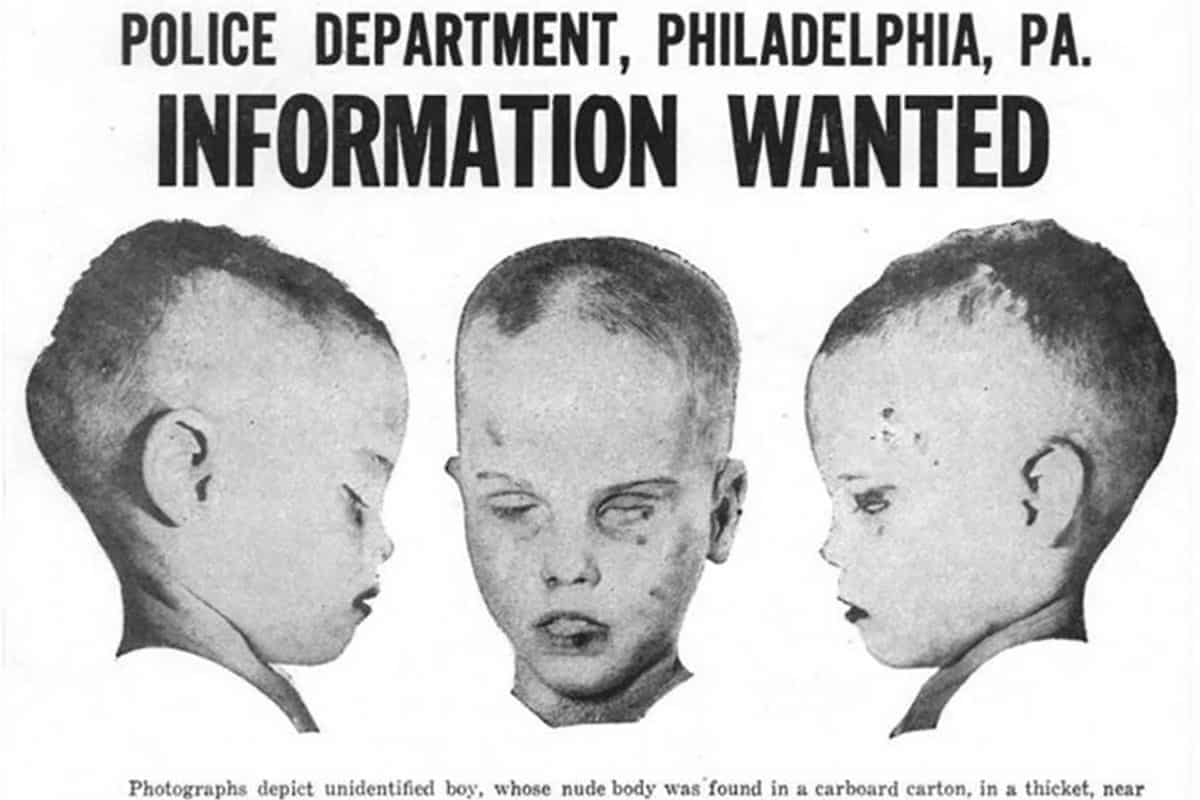 He is sometimes called America’s Unknown Child, as his identity was never established. The naked body of the small, malnourished child was found in 1957, in a cardboard box in the woods just outside Philadelphia.

His age was impossible to determine, somewhere between 3 and 7. Hard to tell how long the boy had suffered on this Earth, as it was obvious he’d had a miserable life.

There were multiple scars on his little body and someone had attempted to cut his hair at the time of his death. Clumps of hair still clung to the body.

The cause of death was not established, maybe he just died following years of neglect, and whoever his parents were wrapped the dead body in a box and dumped him in the woods.

The investigation followed every lead but came up with nothing, a crime that remained unpunished, at least in this world. 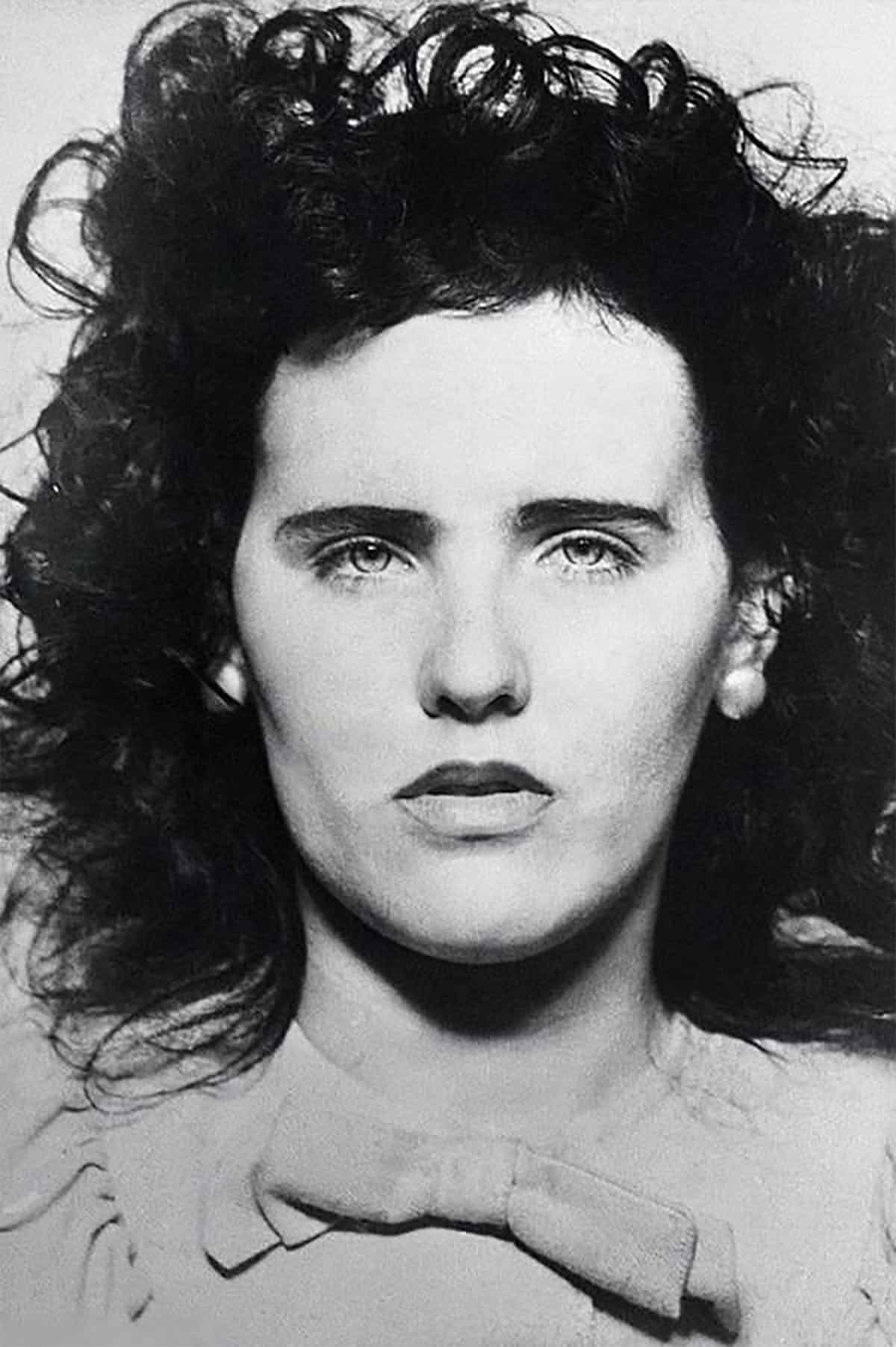 This is the name of one of the most gruesome murders in American history, but her real name was Elizabeth Short, a 22-year old trying to make her way to the silver screen.

Her life was cut short in 1943 when her mutilated body was discovered by the side of the road in Los Angeles.

Elizabeth had been the victim of a meticulous killer who took his time. He cut the body in half, drained it of blood, took out her guts, and folded them before reinserting them in the lower half of the body.

And he carved a Joker smile on her face. The killer was brazen enough to call the police and admit to the murder, sending the girl’s documents as proof, but unfortunately, he was never caught. 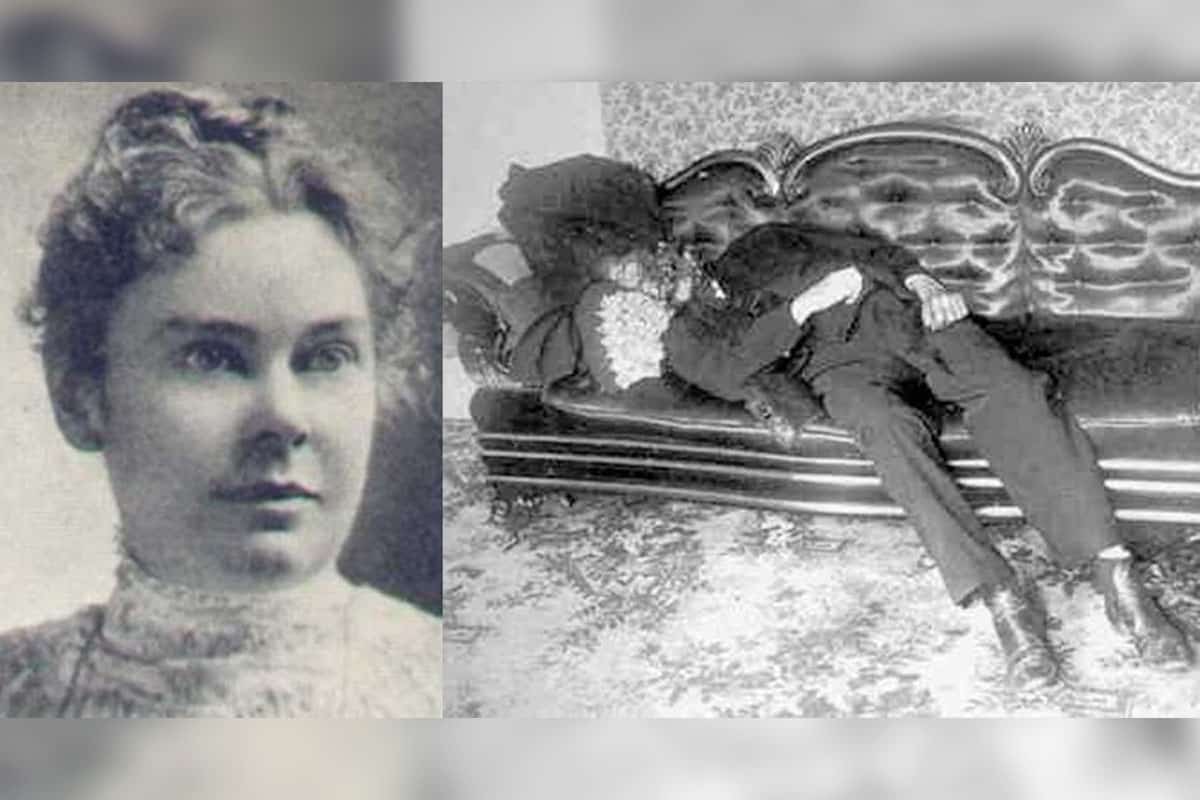 To this day, people still wonder whether Lizzie Borden killed her parents with a hatchet or not. The year was 1892 and the setting a house in rural Massachusetts.

Lizzie Borden was a 32-year-old unmarried Sunday school teacher, living with her parents, Andrew and Abby. The father left the house in the morning and it is believed his wife was murdered sometimes during his absence.

The maid, Bridget, was apparently sleeping. She woke up to Lizzie’s screams that she’d just discovered her father dead on the couch, in a pool of blood.

Nobody knows when the man came back or what happened in that house. The man had received 11 blows and his wife 19.

Suspicions fell on Lizzie when someone saw her burning a dress stained with blood. Still, at her highly-publicized trial in 1893, there was not enough evidence to convict her.

To this day many believe she did do it, while others think Lizzie and the maid acted together. 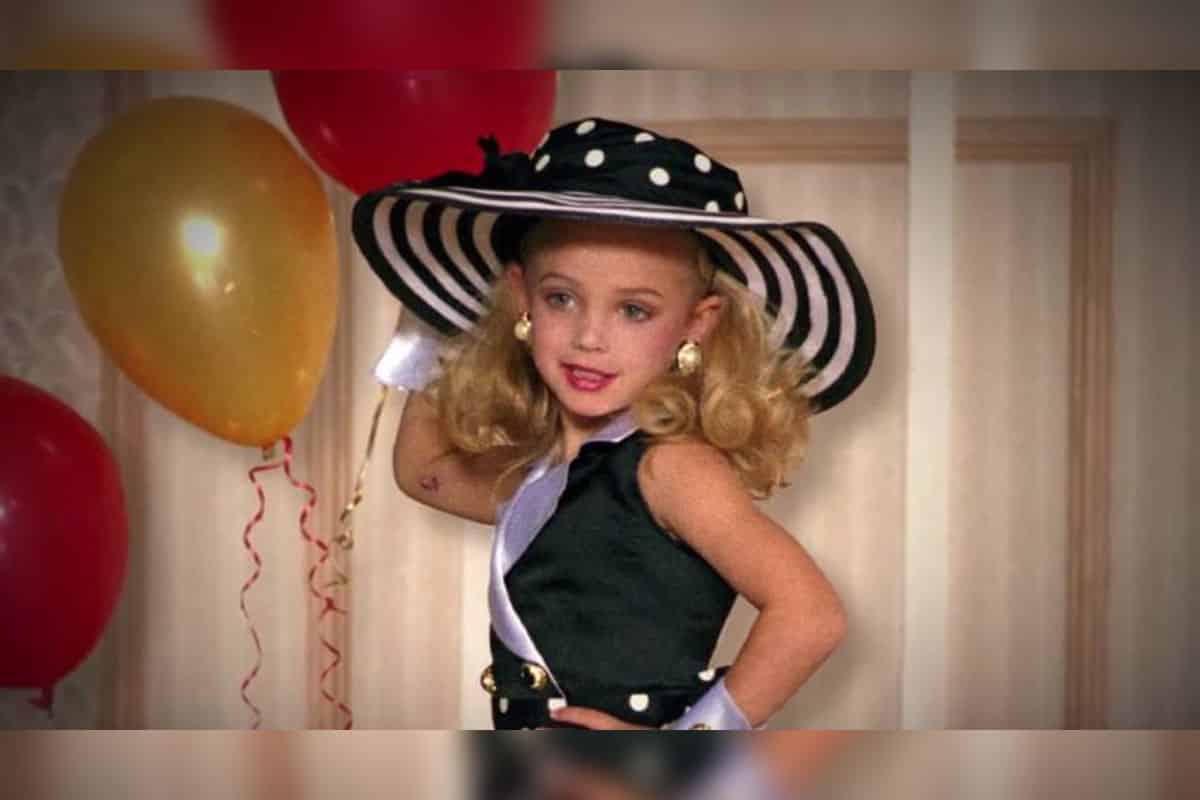 The murder of child beauty queen JonBenet Ramsey still crops up in the news, 24 years after the six-year-old girl’s death.

In December 1996, right after Christmas, her parents called the police to report the kidnap of the girl. They said they’d found a ransom note, asking them to pay $118,000.

However, the girl was not missing at all. She was found in the basement. JonBenet had been sexually assaulted and strangled.

The case gripped the nation and suspicions quickly fell on the parents, John and Patsy Ramsey, accused of forging the ransom note.

They were never charged. Others blamed the murder on the girls’ brother, Burke, aged 9 at the time, while others believed the girl had been killed by an intruder. The case remains unsolved. 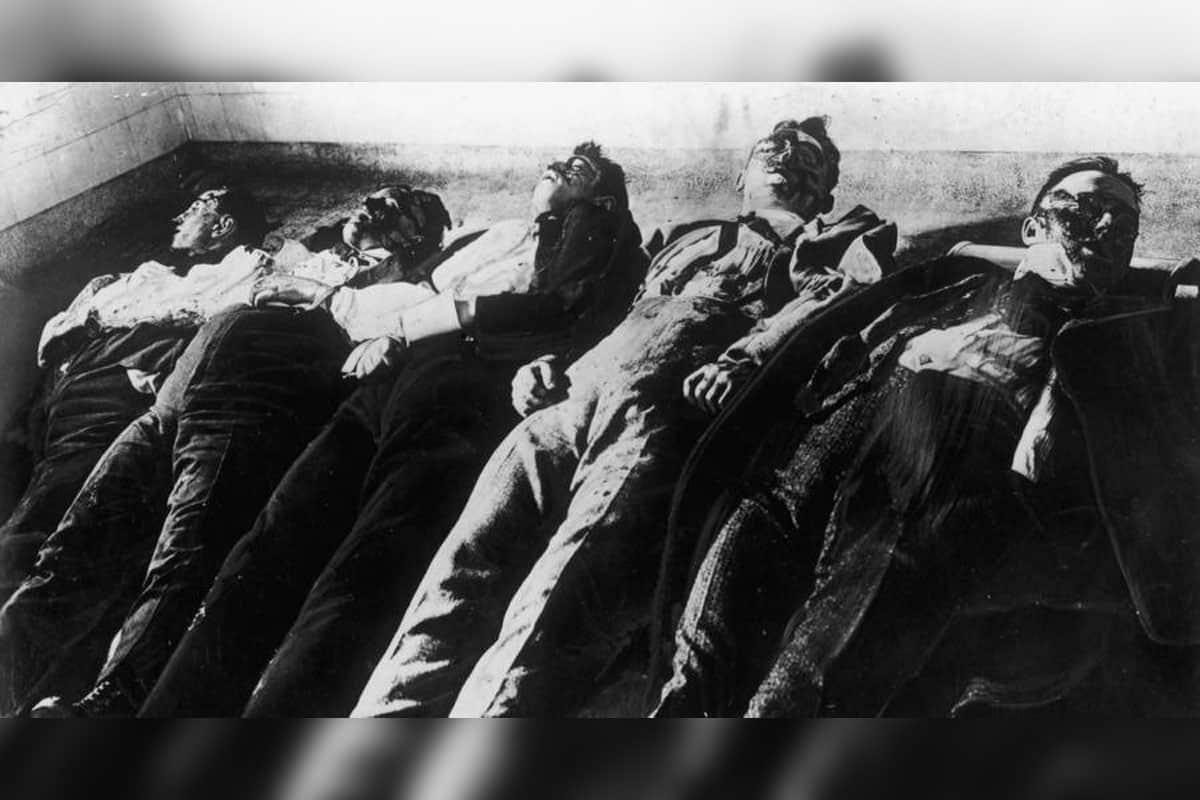 Chicago, 1929. Al Capone was trying to take control over the city and needed to eliminate rival mobster George ‘Bugs’ Moran.

Capone lured Moran’s crew to a warehouse, where his men dressed up as cops lined seven of the rival gang members against a wall and executed them.

Moran was not among them, however. While everybody knew it was Al Capone’s doing, the legendary Mafia boss was never charged with the murders. 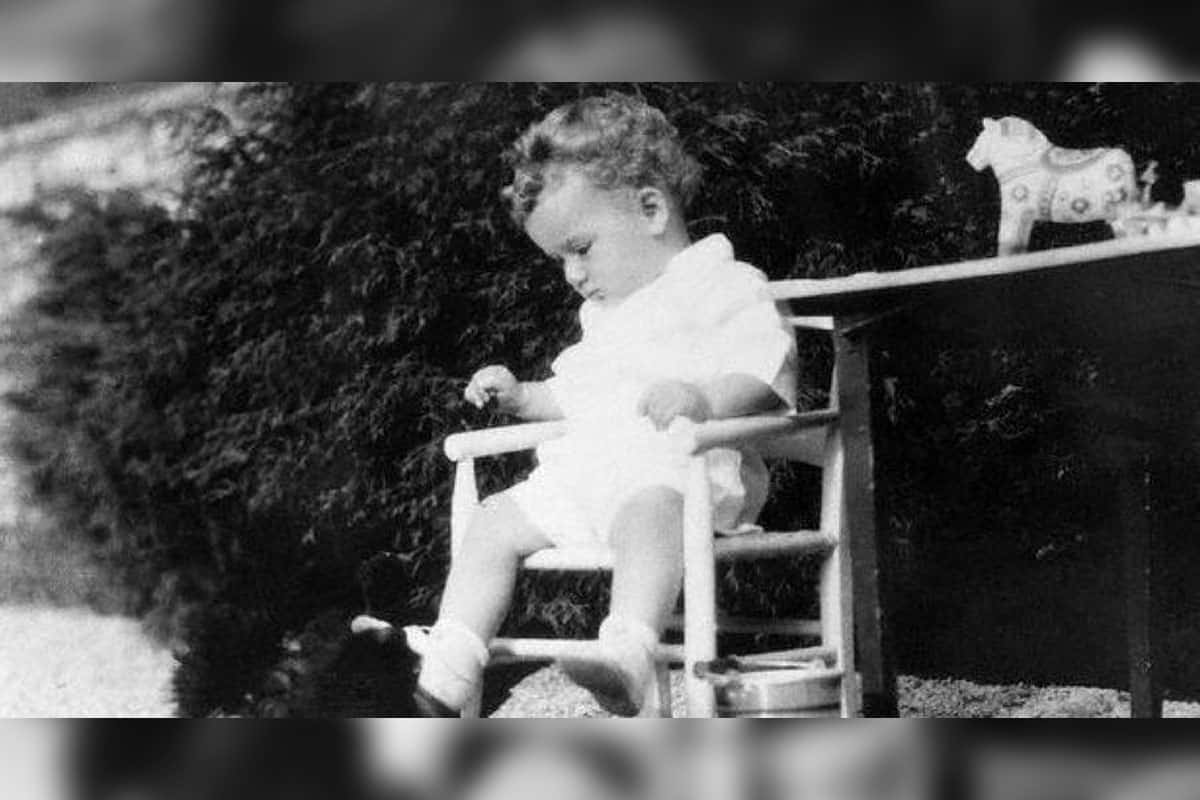 The father heard a weird noise in the kitchen and soon after a ransom note was discovered, demanding $50,000 for the safe return of the child.

As the police could not find the missing boy, Lindbergh paid the money, an enormous sum at the time, but still did not get the child back.

The baby’s body was discovered in May 1932, just over a mile from the family home. Apparently, he had been murdered on the day he was taken and his body dumped in the woods for the animals to feed on.

Eventually, a German immigrant called Richard Hauptmann was arrested after using some of the ransom money and charged with the murder. 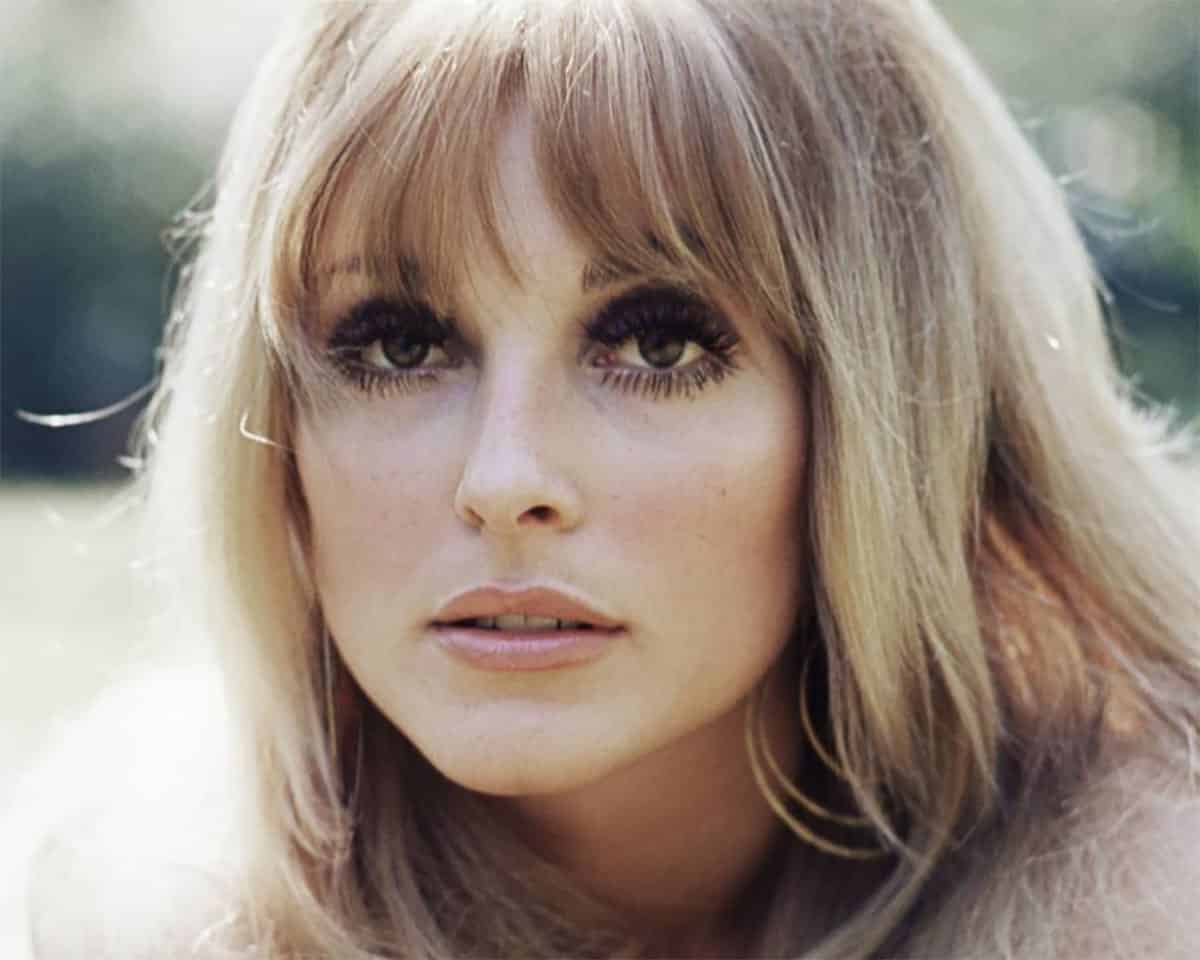 5 Sharon Tate - The Murder That Shook The World

Heavily-pregnant Sharon Tate was murdered in 1969, together with other four people that were in the house by Charles Manson’s gang.

A talented actress herself, Sharon Tate was also the wife of famous director Roman Polanski, which only added to the notoriety of the case.

What makes this murder even most horrific is that there was no real motive behind the crime. Sharon Tate was not targeted directly, she just happened to be staying at the house previously occupied by music producer Terry Melcher.

Manson had a grudge against Melcher because he had refused him a music deal. He took his revenge by murdering innocent people. 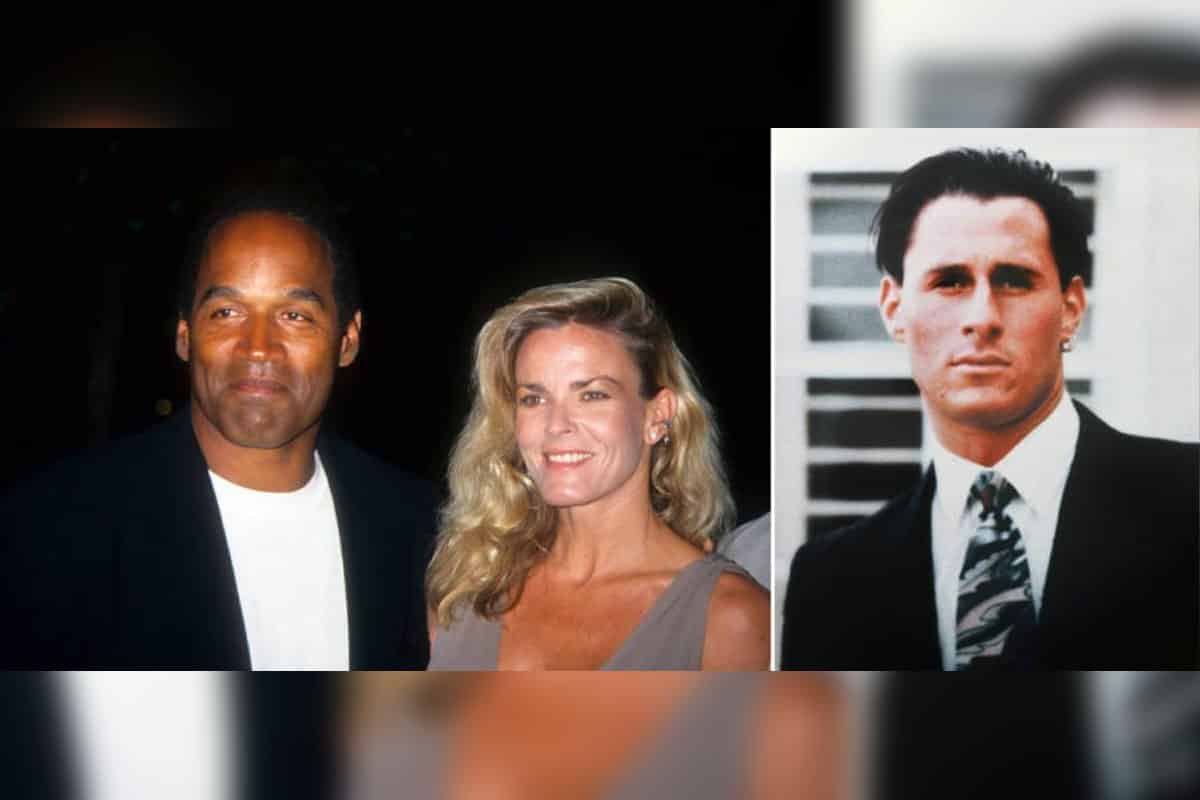 One of the most intensely followed cases in American history.

Everyone who was alive in 1994, remembers the murders of Nicole Brown Simpson and Ronald Goldman.

She was the former wife of famous football player O.J.Simpson and Goldman was her boyfriend.

Despite all the evidence – O.J.’s blood at the crime scene, the victims’ DNA in his car, or the famous bloody footprint that matched his shoe – the famous football player was not convicted of the murders.

It is a case that led many to believe that the laws do not apply to the rich and famous. 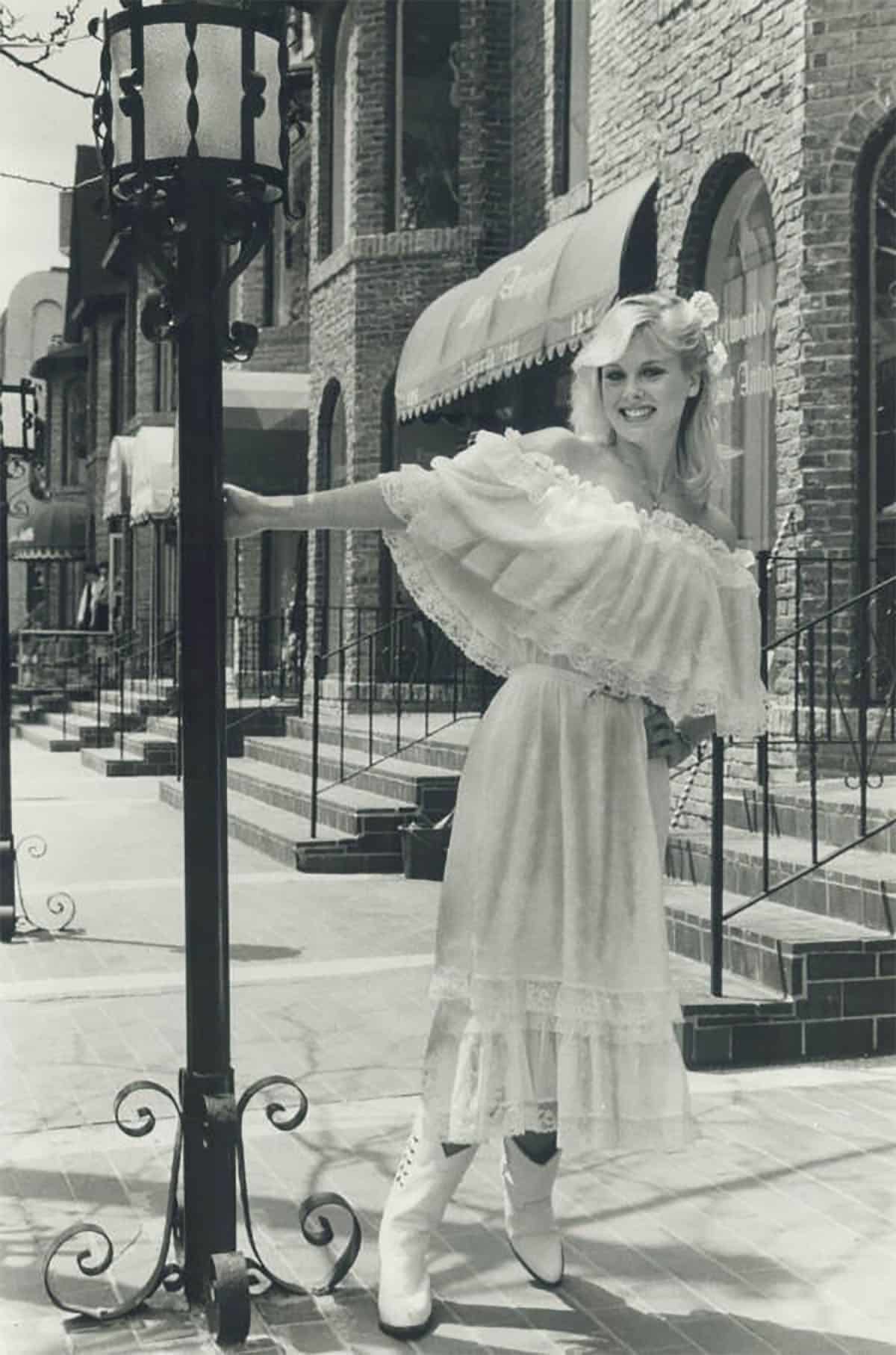 Dorothy was supposed to be the next Marylin Monroe.

In 1979 she was featured as Playboy’s Miss August, Hugh Heffner was confident she was going to be a big star, and she’d already appeared in a few movies.

She made the mistake of falling in love with director Peter Bogdanovich and told her husband Paul Snider she wanted a divorce.

Snider liked to take credit for her career and he could not afford to lose her just as she was rising to stardom.

He shot her in the head before turning the gun on himself. 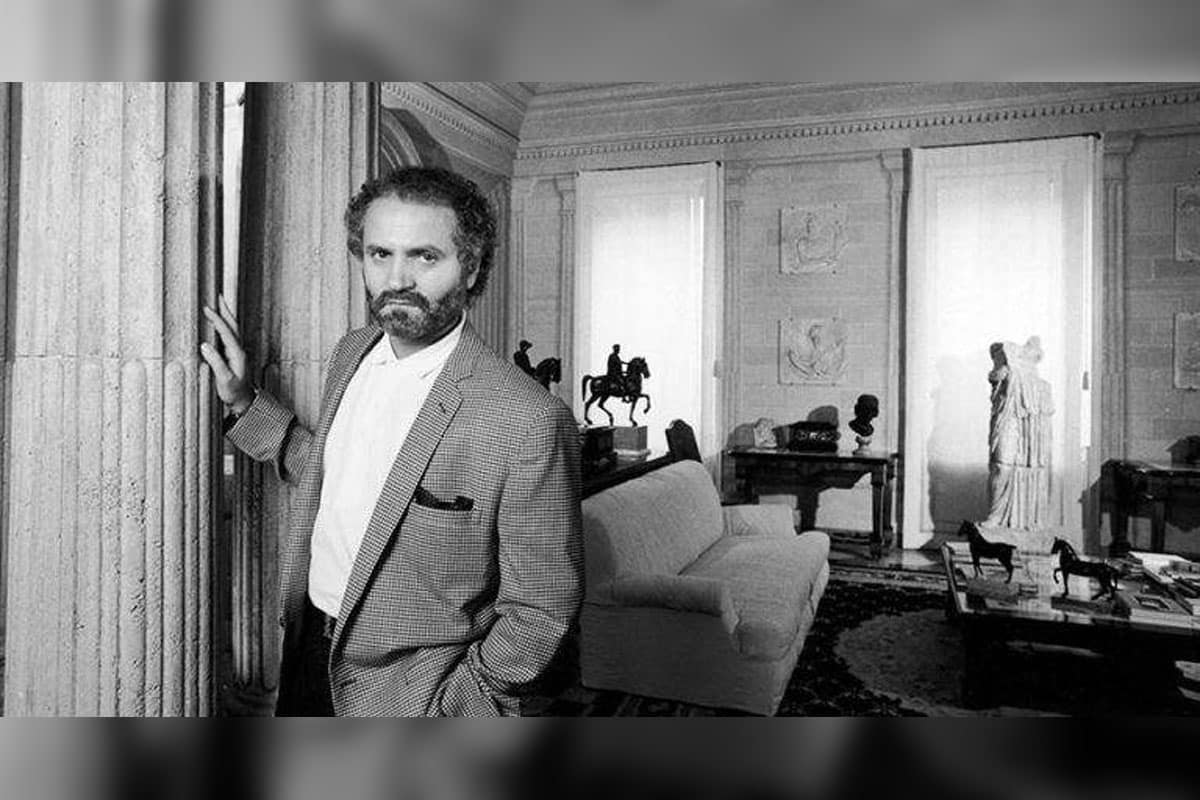 The news of famed fashion designer Gianni Versace’s murder made waves around the world on July 15, 1997.

Versace was shot in broad daylight in front of his Miami villa.

People saw him arguing with a young man who put two bullets through his head.

His murder was identified as 27-year-old Andrew Cunanan, a well-known character in the local gay community, where he considered somewhat of a gold-digger.

Cunanan committed suicide soon after killing Versace as he probably knew such a high-profile murder would have police turning every stone to find the culprit.

And he had a lot to fear, as he had already committed four other murders, before killing the iconic designer. 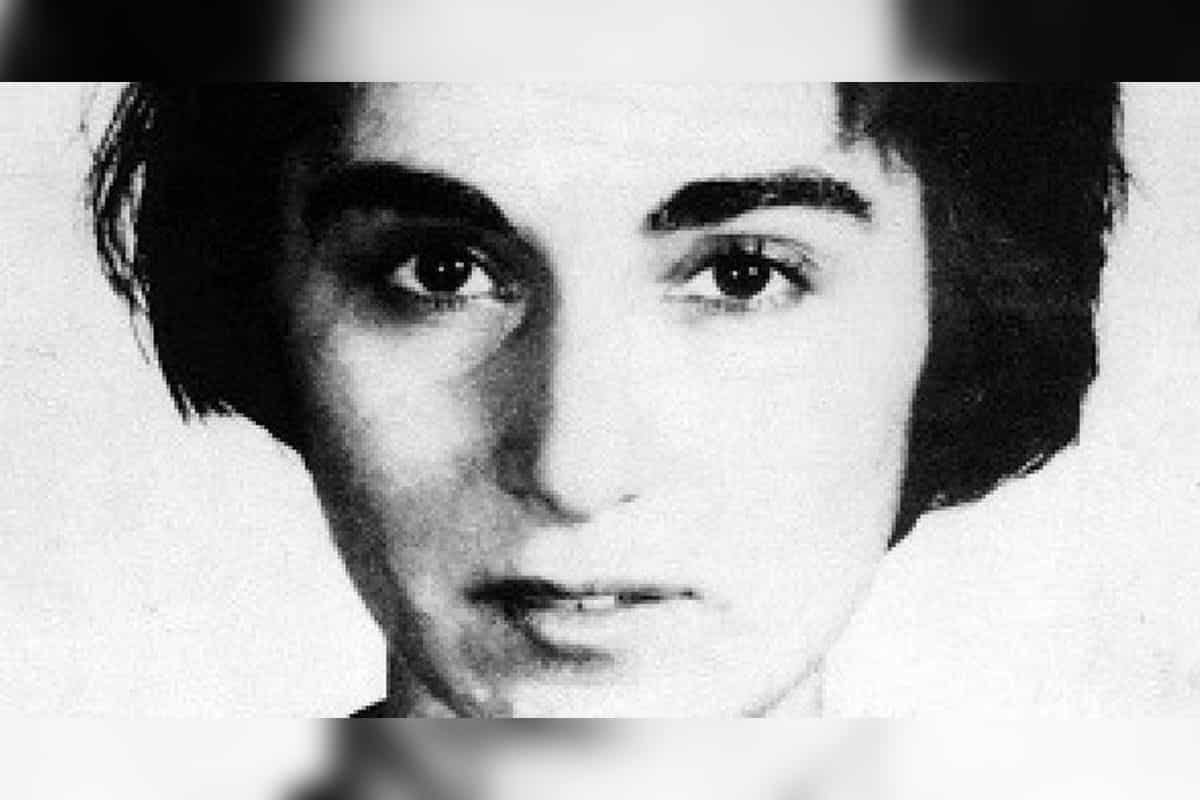 Kitty Genovese was murdered in 1964 in front of her apartment in Kew Gardens, in New York. Not much of a news story really, just a fact of life and death in the Big Apple.

What shocked the nation was that, despite the hour, 2.30 AM, people heard Kitty cried for help when she was attacked and stabbed by one Winston Moseley.

One man even called out to Moseley telling him to leave the girl alone. He did, but no one rushed to help the girl who was slowly bleeding to death.

Seeing that his victim was still out there, Moseley returned and finished the job – raping and robbing her, before stabbing her again.

Someone called the police only around 4 AM when it was too late to save hearing.

The case was discussed in various psychology textbooks discussing the bystander effect, the situation when nobody does anything expecting someone else will intervene.