by Factionary 1 month ago3 weeks ago
4.3Kviews

Among the prolific stories of serial killers like the giggling granny, there are many murderers you need to know about.

As much as some stories of serial killers are sensational and well known, there are some crimes like those of Ted Bundy’s and the like that the whole world came to know about.

However, more stranger cases of serial killers haven’t had wide coverage in media platforms. The lack of coverage may be due to limited exposure and few occurrences.

Basically, several cases involving corruption, bribery, police brutality, or urban poverty cases may have been kept as secretive horrors. Other horrific and strange stories are so hard to believe because of their disturbing scenario’s.

Here’s a list of 11 serial killers you’ve never heard about. 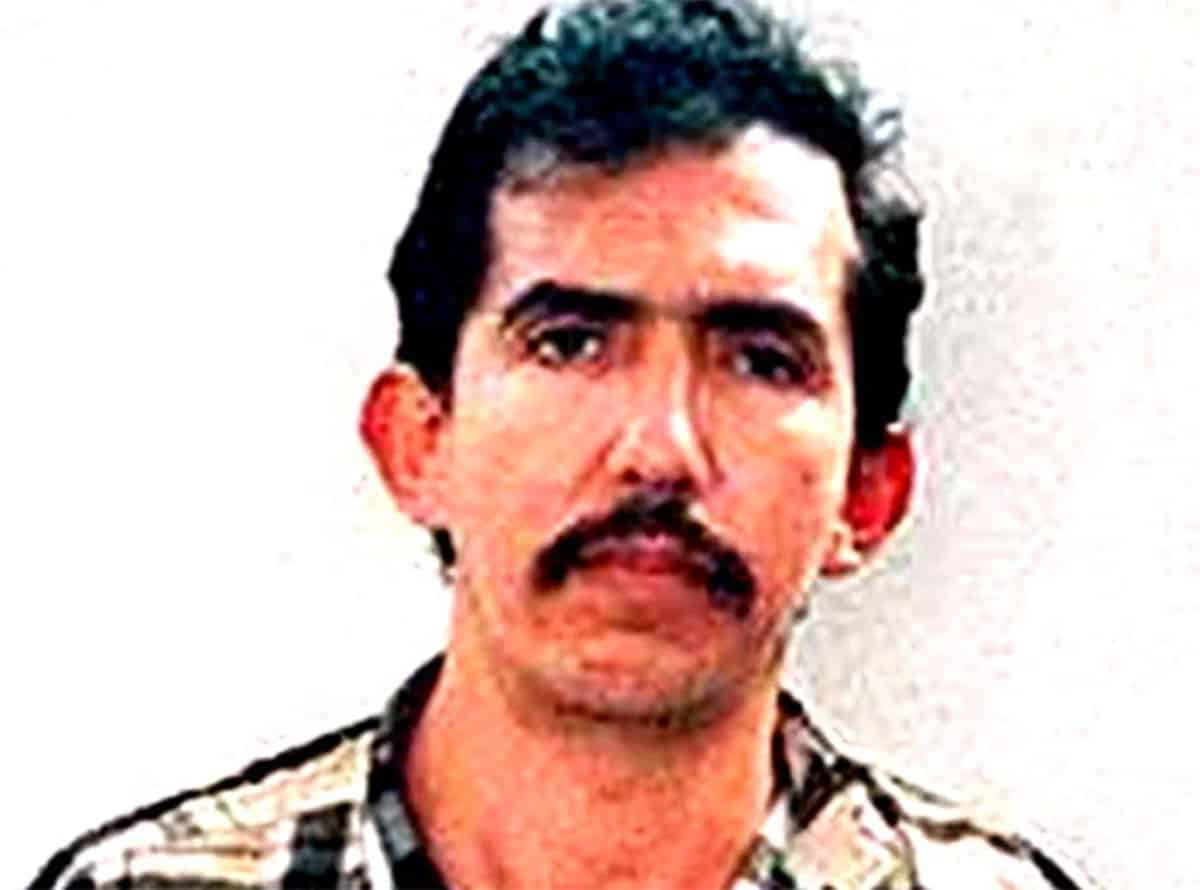 Among the deadliest serial killers, Luis was a serial killer that used to prey on Colombian boys in their junior years from 1980-1990.  The crimes of Luis Alfredo were tragic and led to casualty cases, as well as the loss of lives.

During this time, the civil war was occurring, and many homeless people overran the streets. The homeless kids were the target of Luis Alfredo, and the motive he used was giving them money.

The serial killer disguised the title of a priest or farmer to approach young boys. Then, after luring them to a secret location, he would torture, r*pe, and kill these victims.

After years of conducting this mischievous act, he didn’t fail because the homeless had no one waiting for them at home, so no police files were reported.

The police discovered the graves he used to bury the victims and they knew that a serial killer was on the loose.

From the documentary following investigations of Garavito’s case, he was found out to have been suffering from psychological issues that caused him to torture and kill young boys.

The trial for Alfredo garavito ended in 1999, where he was sentenced for forty years and charged with the murder of over 300 victims, among them 140 murders.

From the lessons garavito has been gaining in the jail, he plans to run for political chairs and give awareness of young kids abuse, torture, and murder.

His program will help many kids going through the same issue, and Columbia will get positive results from the program. 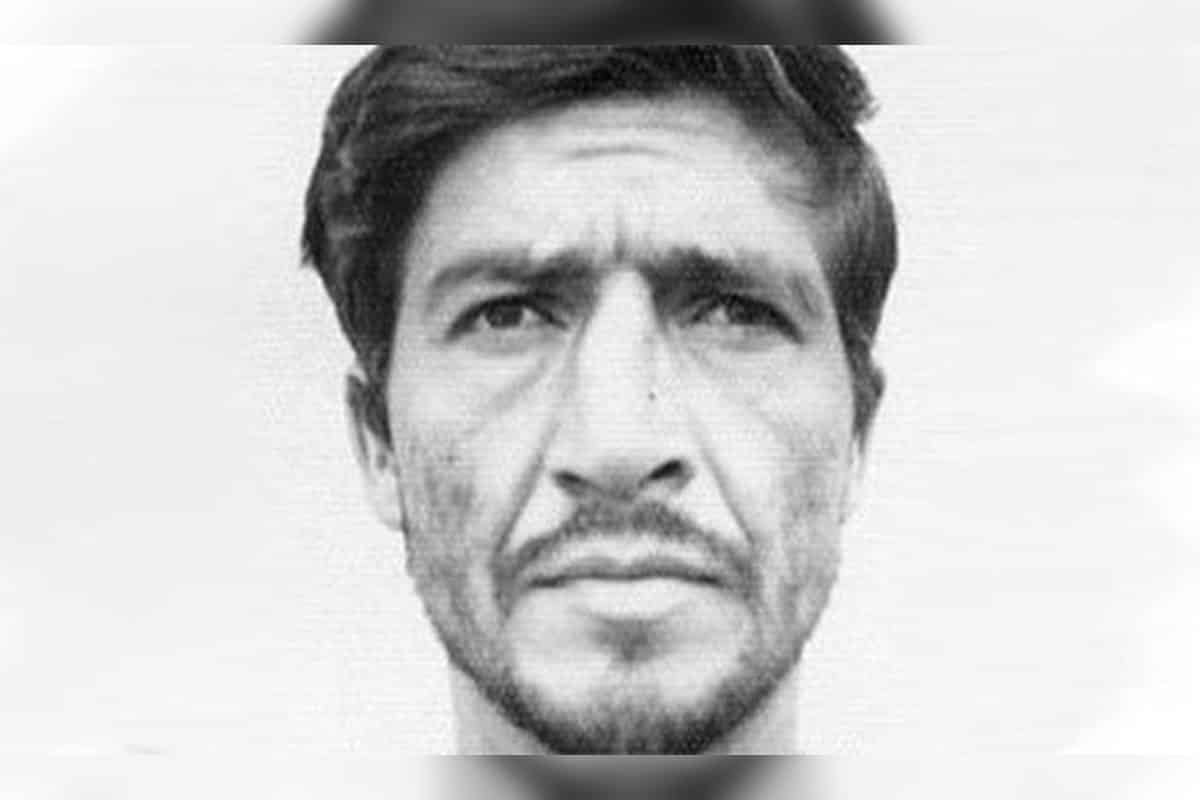 Pedro is a famous serial killer born in the year 1948, and he grew in a violent home then, later on, he was thrown out at the age of eight and lived in Bogota.

During his tough years of homelessness, he suffered from s*xual assaults and at eighteen years old he ended up in jail for theft of cars.

From the s*xual assault of inmates, he committed murder, and when he was freed, he had an extreme rage that made him an animal.

He went to Peru and became a serial killer then started killing girls between 9-12 years. The trail of bodies he left behind was significant, and in a week, he could kill at least three girls.

By this time, he moved to Ecuador Columbia, but he was caught by police arrested and sentenced. 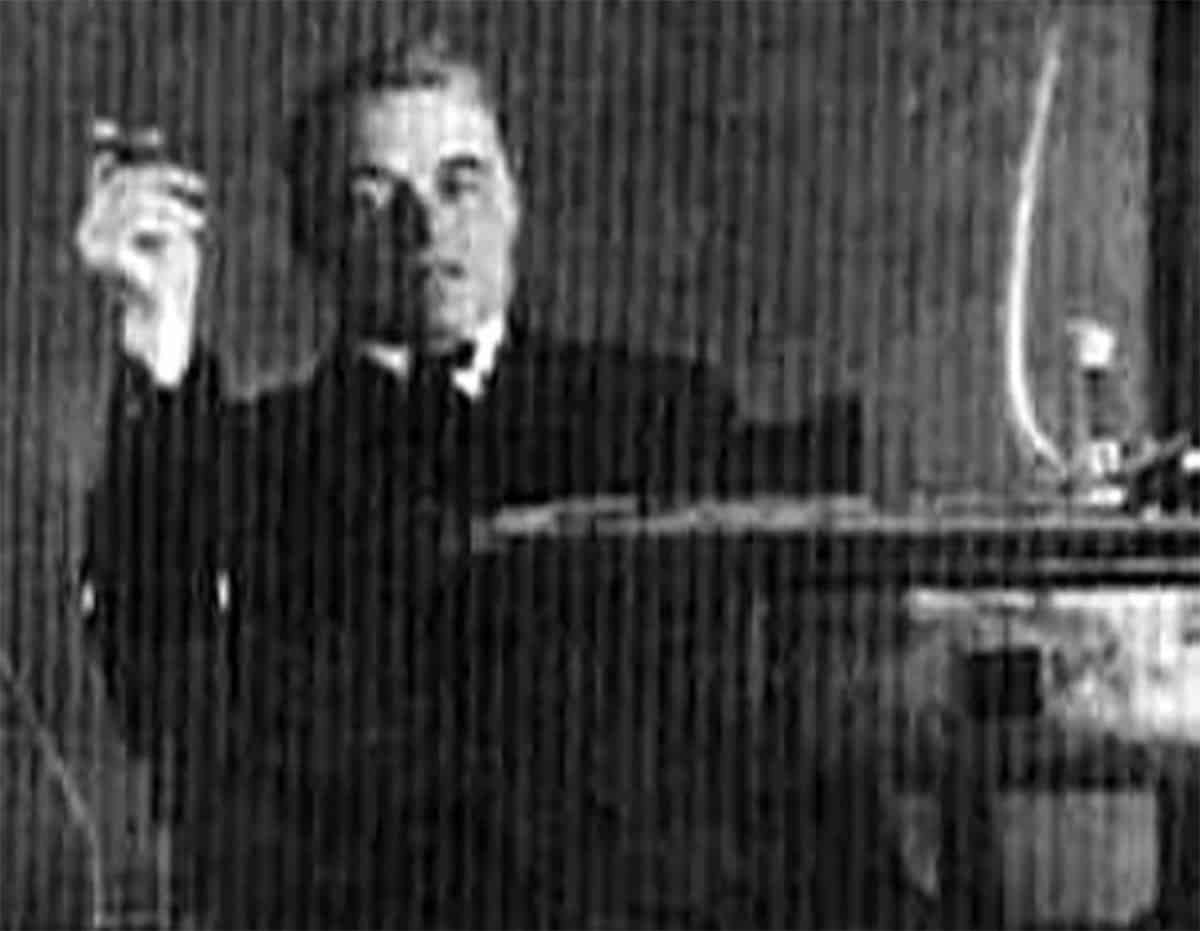 Andrew was born in 1927 and was a famous serial killer whose bathroom had the label that criminals are made not born.

In Michigan Township, he was known as an impatient person full of rage, discontent, and hot temper.

“Criminals are made, not born.” Those were the words written on a sign next to Andrew Kehoe’s barn in Bath Township, Michigan.

In 1927, Andrew Kehoe was distraught over his wife’s long, expensive battle with tuberculosis.

At the same time, he lost in the town clerk election, and his farm faced foreclosure largely because of property taxes levied to repay bonds for the local school.

The murder reports of this man began after the corpse of his wife was found in the house, and then it became a trend.

His tale ended with a school massacre where he ended up killing himself too. 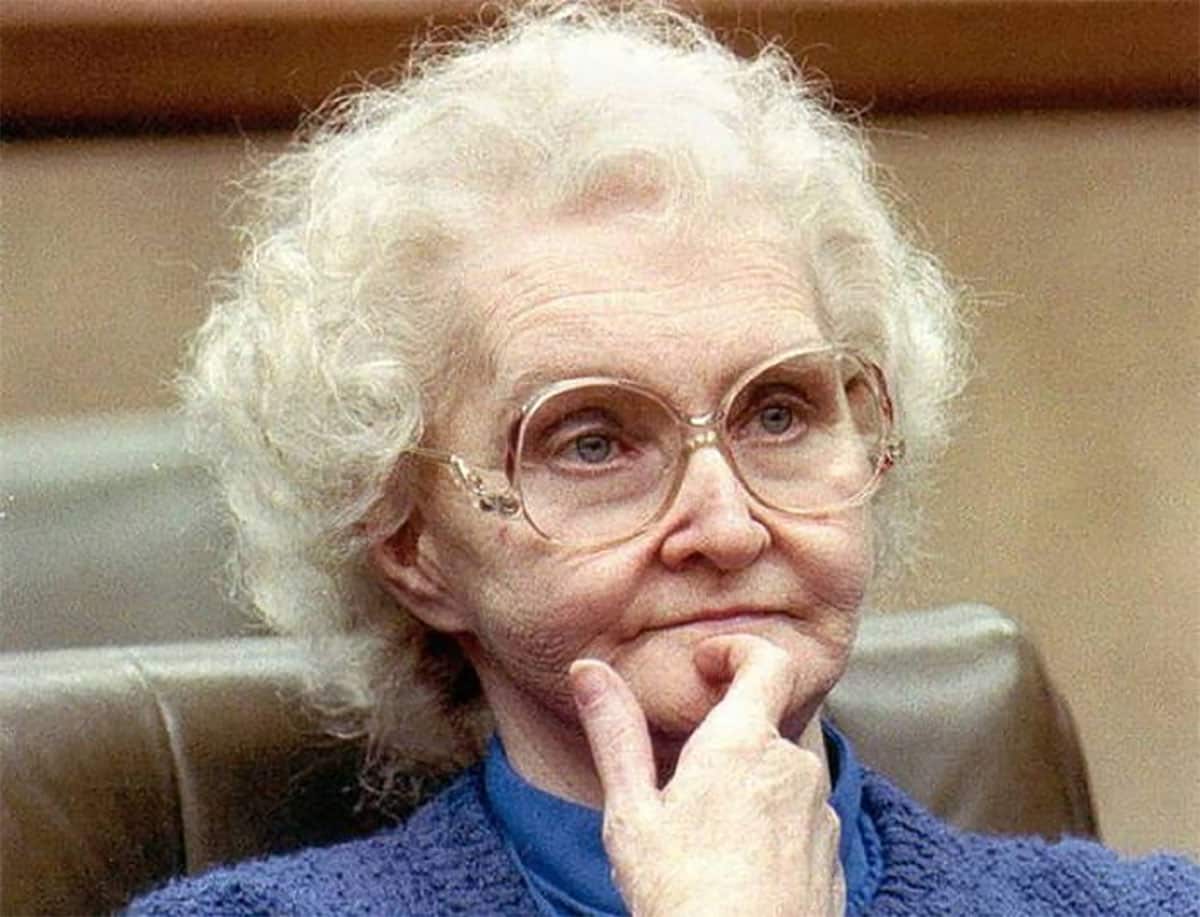 Dorothea was an innocent old lady who was a boardinghouse manager but a secret serial killer. The woman had many arrest cases of running a brothel, vagrancy, and forging cheques.

The woman killed her roommate, and this gave her depression, and she struggled with overdose issues. The lady later murdered a social worker and others; then she was arrested in 1988. 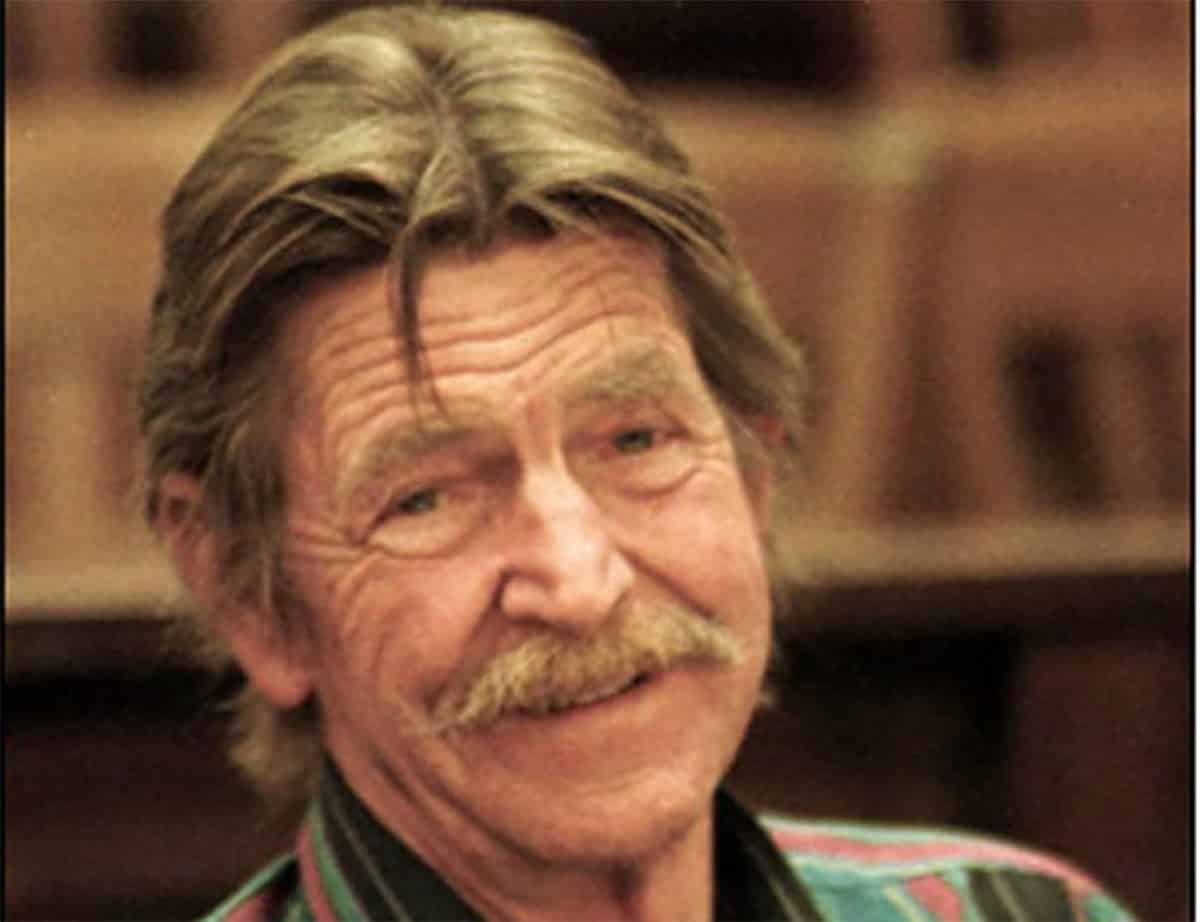 Among other scary stories of serial killers, this one was a torture serial killer, and he killed around fifty women.

The police got hold of the case, and he was sentenced for 224 years. In 2002 David Ray died of heart disorders where he suffered an attack. 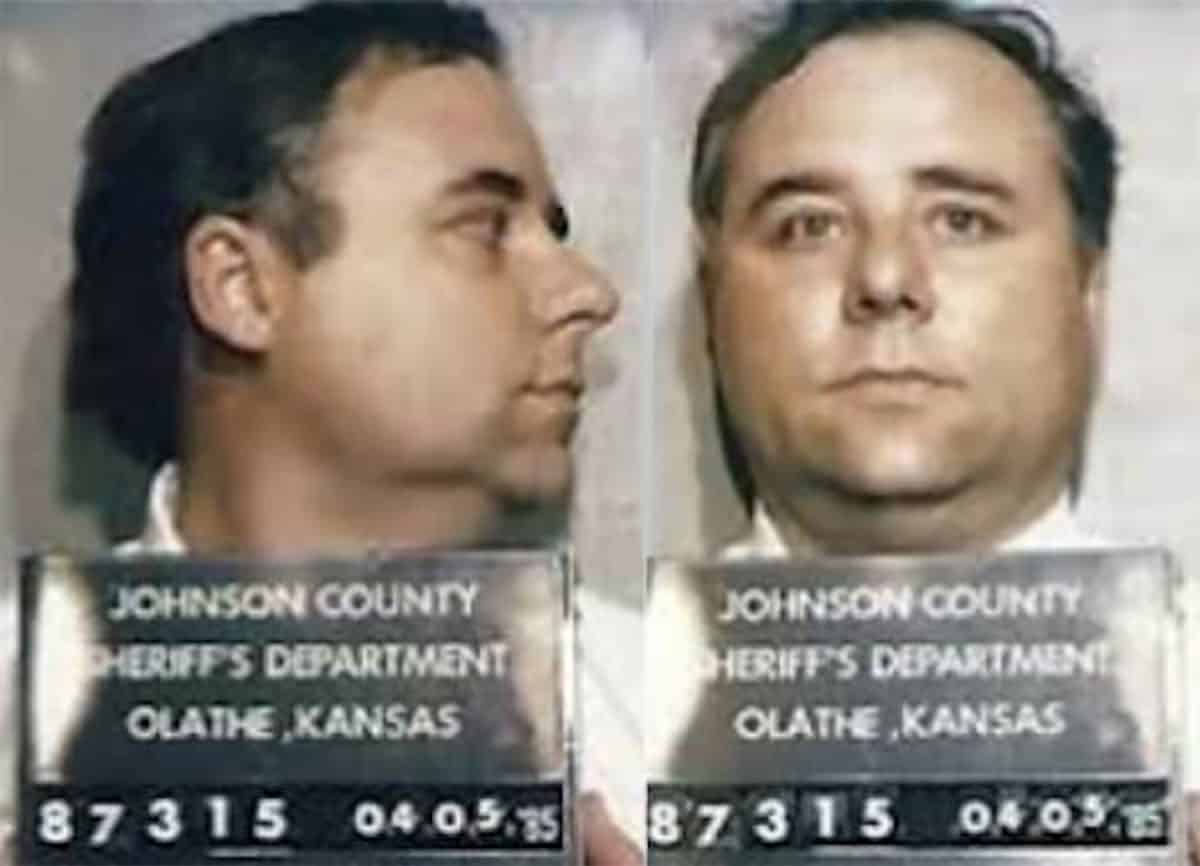 Later on, he killed women, and the mischievous disappearance of women was reported. Police investigations began, and he was arrested in 2000 and taken to custody in Kansas. 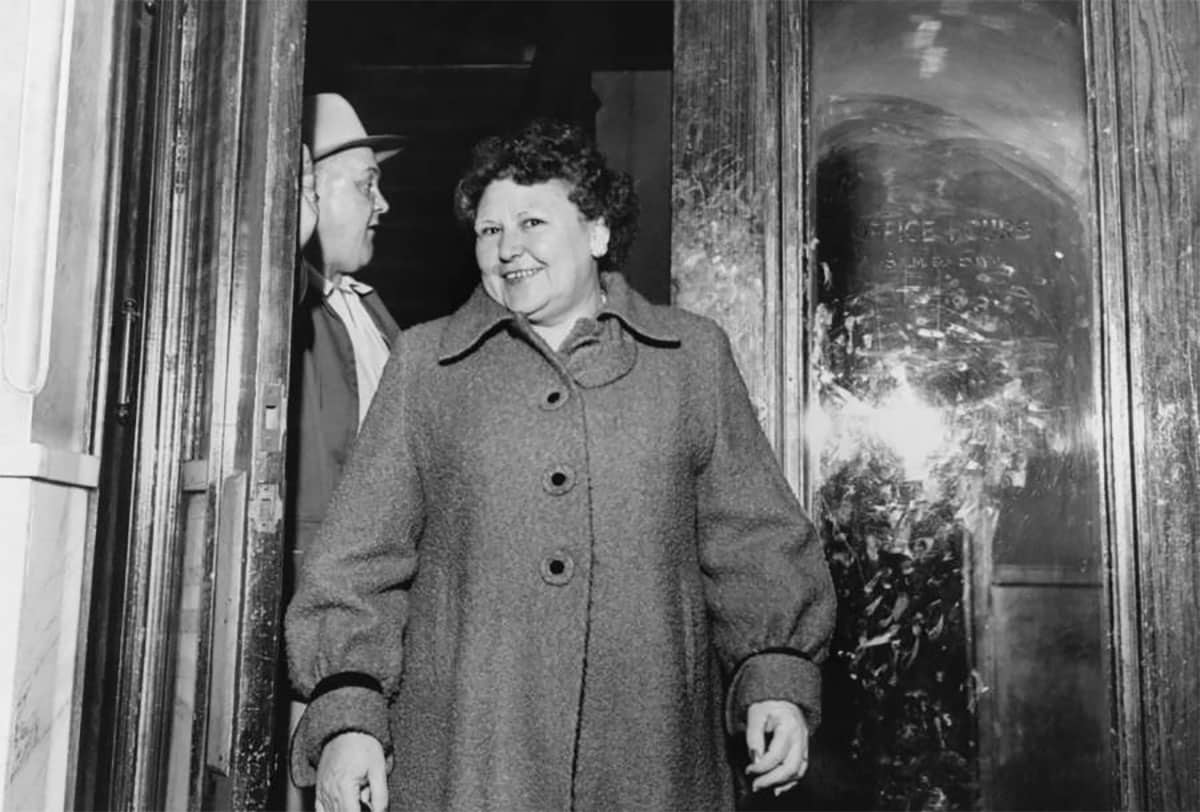 Also known as the giggling granny, Nannie doss committed her murders, laughing, and she was a mischievous serial killer.

Her love life was messy, and this ended up messing her head as she tried killing her husband. She was remarrying, and the marriages didn’t last.

She killed the second husband, too, and did this to all husbands up to her fifth husband. The police arrested her later on, and she confessed to all the murders. 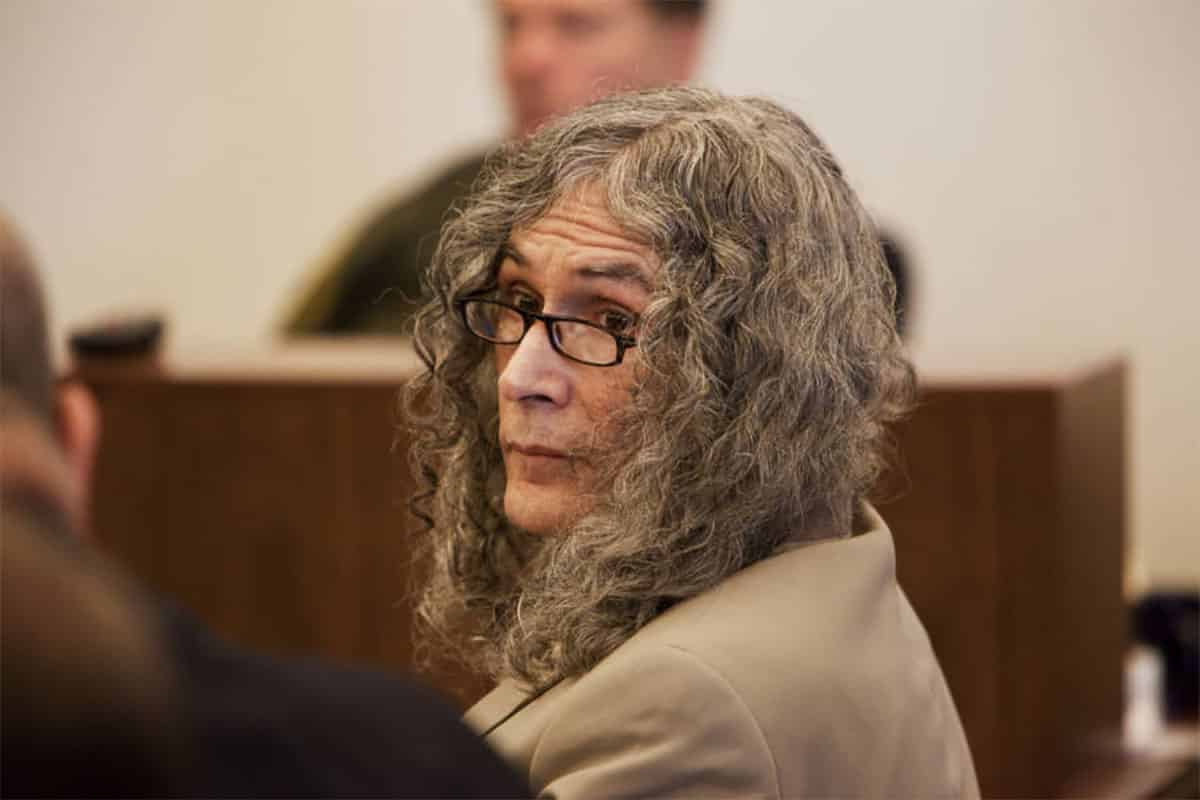 Rodney is a famous serial killer who lured women to death through his photography skills; he made models his target.

After conducting this mischievous act for a while, he was arrested in 1979 after being charged with the murder of a 12 years girl. 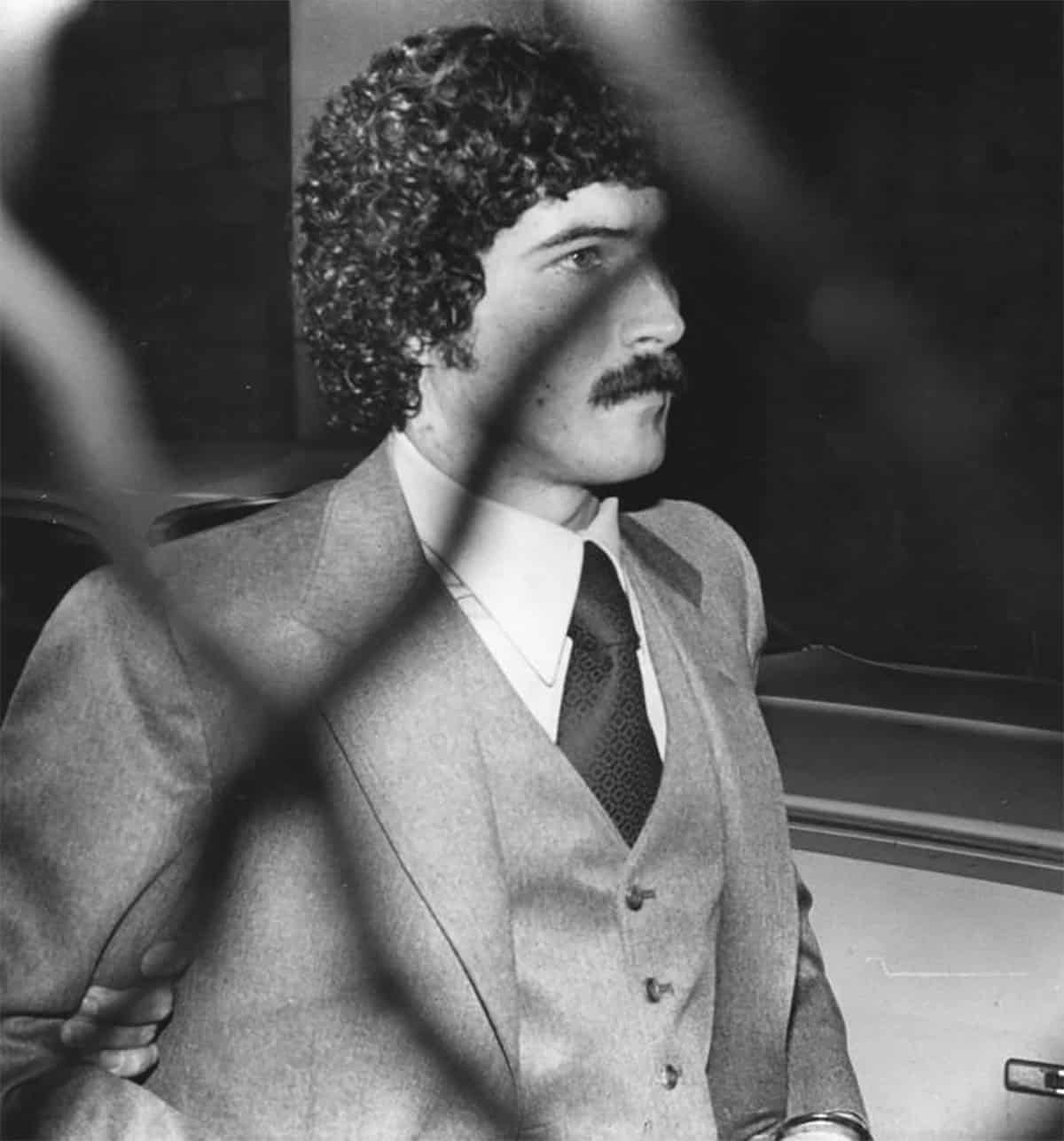 3 Kenneth A. Bianchi, The Hillside Strangler

As the name suggests, Kenneth was a serial killer who killed people In Los Angeles by strangling them to death. After conducting twelve murders, he was arrested. 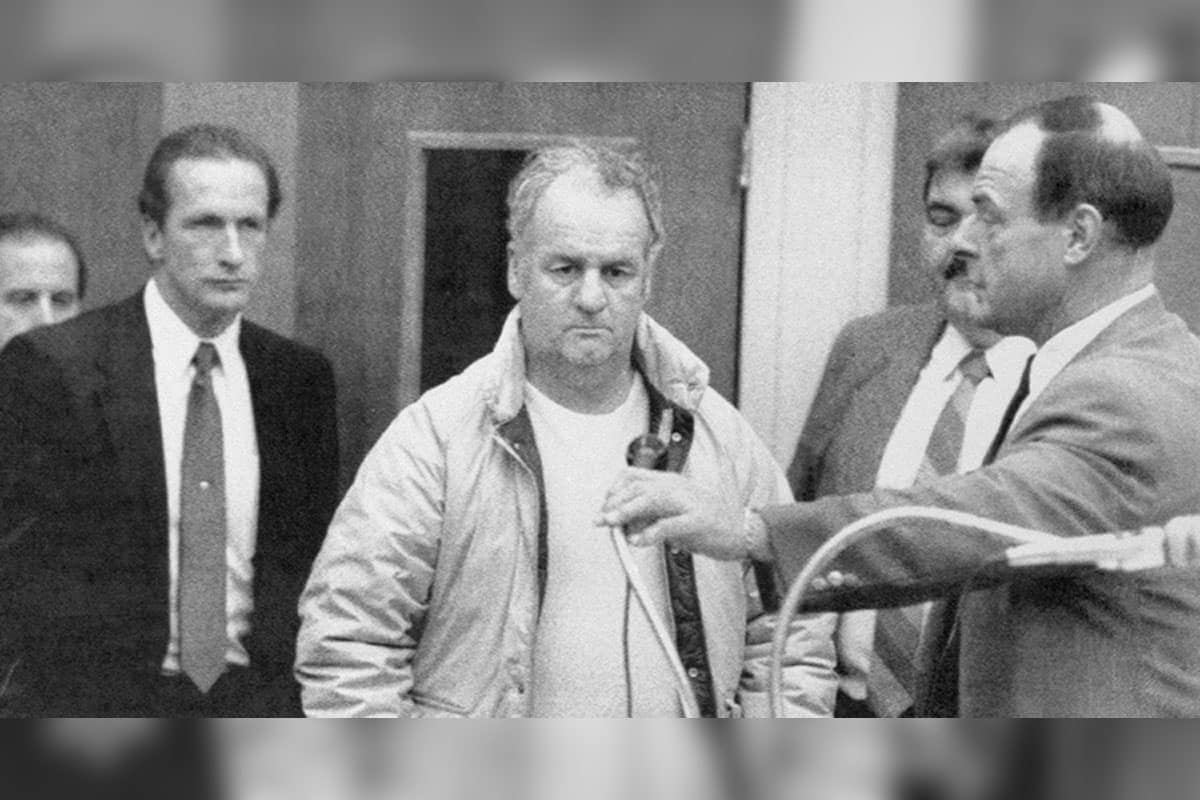 This is a serial killer that misused justice and started killing in 1972, but in 1990 he was arrested. He killed twelve women and cannibalized some parts of the victim’s body. 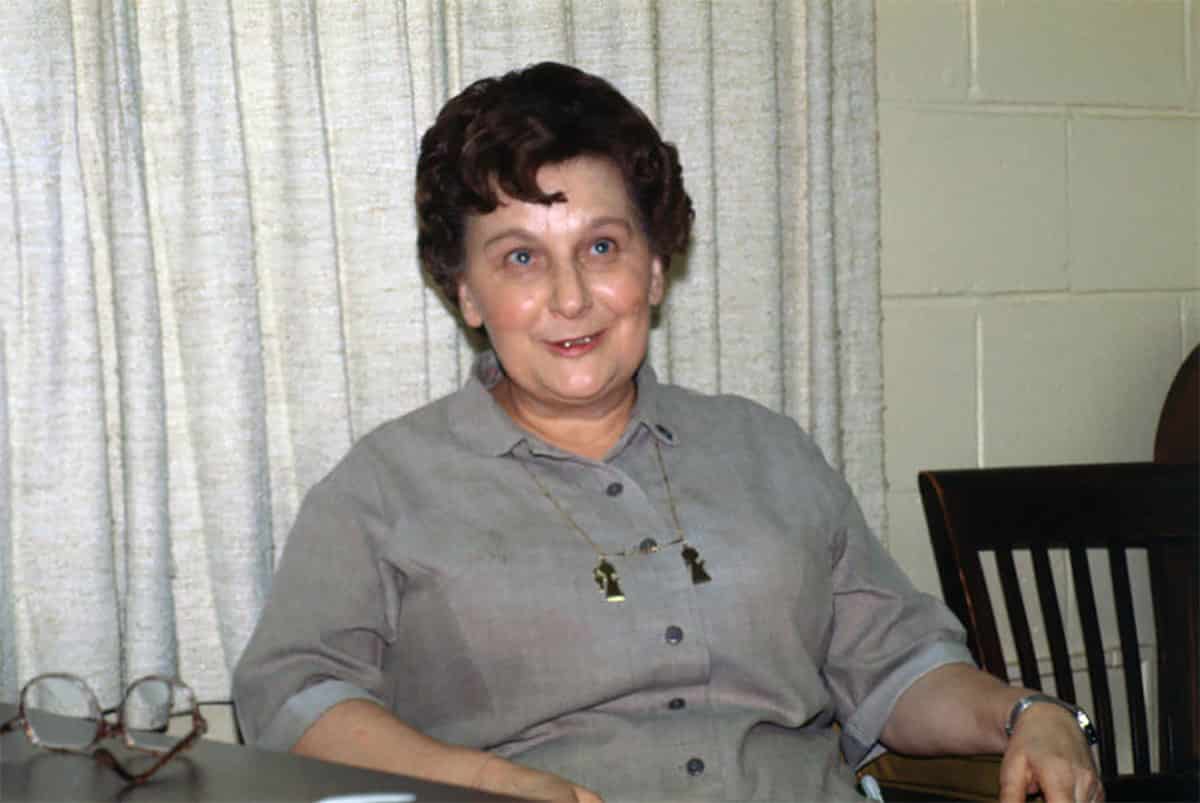 Ladies can also be mischievous serial killers, from the story of Velma, she was a serial murderer.

She conducted sixteen murders in the United States, and she was arrested in 1976 after her second husband confessed about all her crimes to the police.