by Factionary 3 months ago2 months ago
55.4Kviews

Throughout history, cannibal attacks have to be one of the worst things that can ever happen to anyone.

At a time, the act itself was unthinkable, but the compilation of records of cannibal attacks has made the act thinkable yet unimaginable.

Many have wondered how a fellow human would be so attractive and sweet to devour for others.

While some attacks are mild, some are known to be extremely gruesome.

Here is a list of the famous cannibal attacks that will change your perspective about everyone you meet. 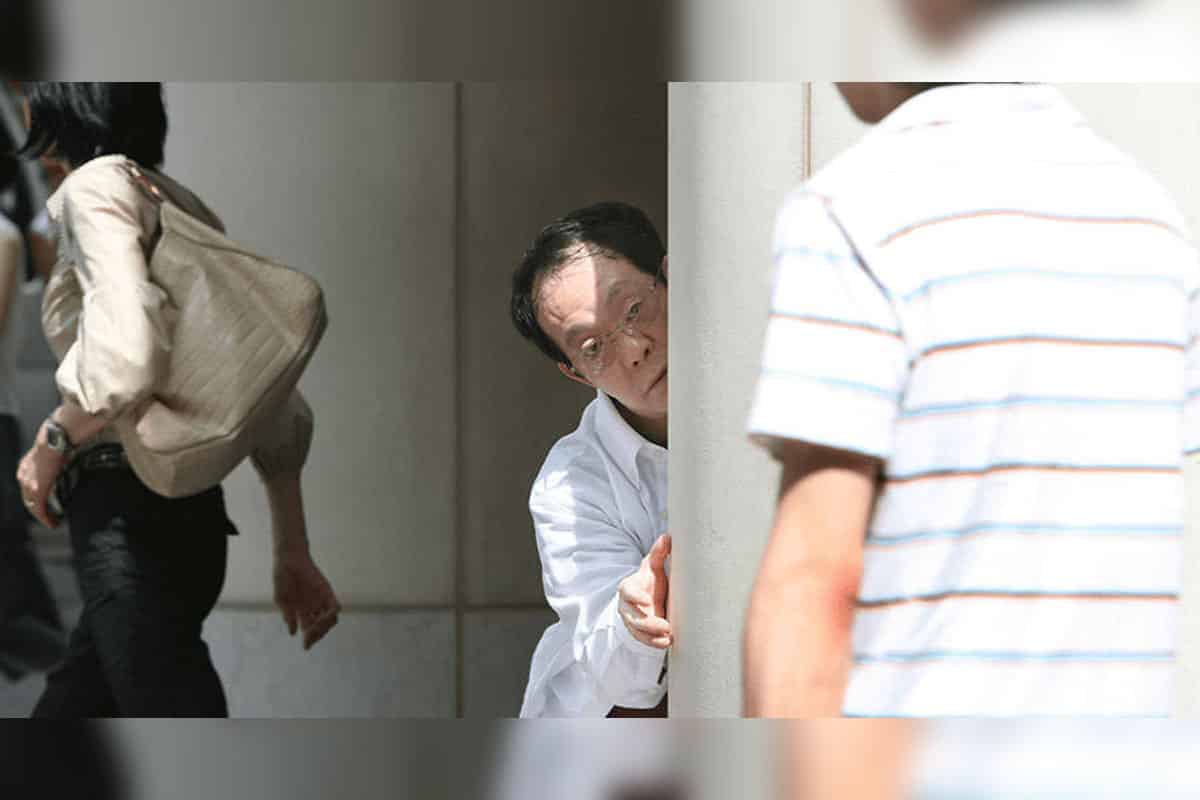 In 1981, Sagawa invited his Paris classmate for a study session.

Unaware of her friendship with a cannibal, she accepted his invite open-heartedly.

Upon getting to his house, Sagawa murdered and cannibalized his friend for two days.

Although he was arrested and imprisoned, he was later released and deported upon the intervention of his home country – Japan.

Despite being a murderer and a threat, he lives as a free man today. 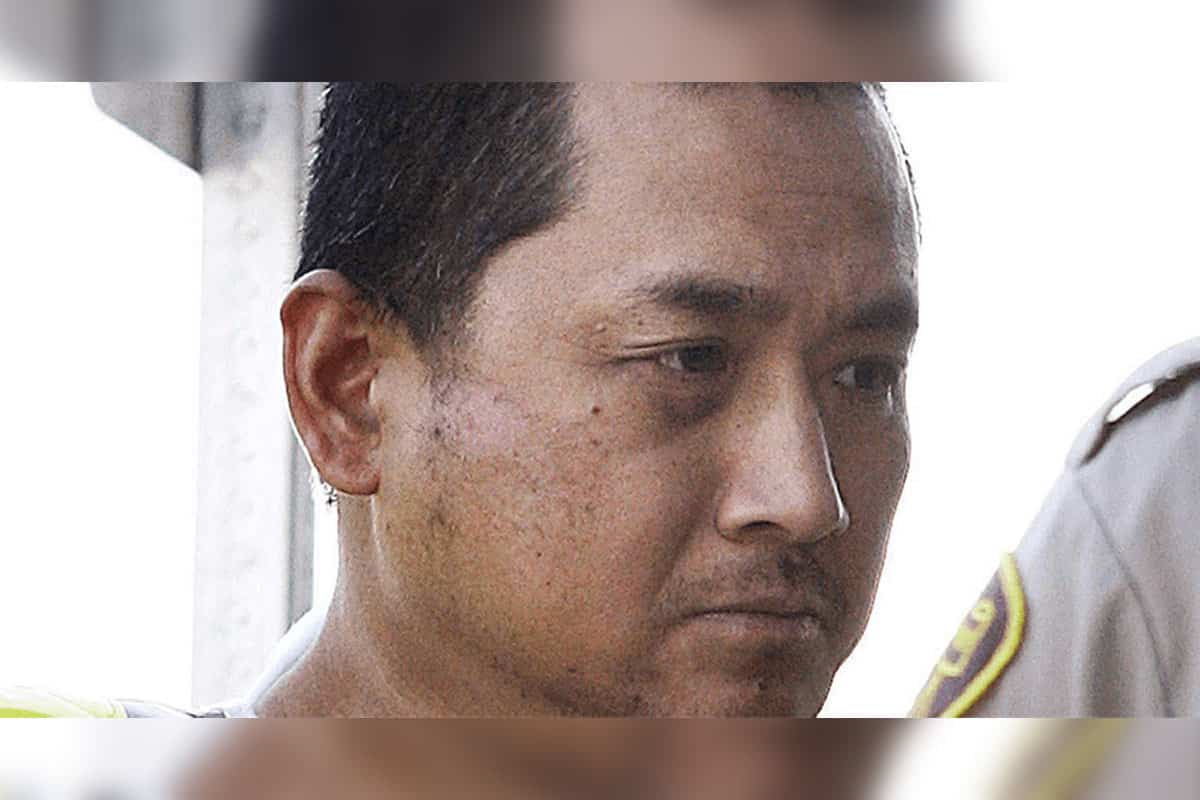 While some cannibals attack in secret, few attack without considering their immediate environment.

This was the situation when Vince Li stabbed, beheaded and cannibalized Tim McClean, who was riding on a Greyhound bus, in front of other passengers in 2008.

Some of the eye-witnesses had recounted that Tim minded his own business when Vinci attacked him.

Vinci was charged for high public crime and was remanded to a psychiatric facility. He was later released in 2017. 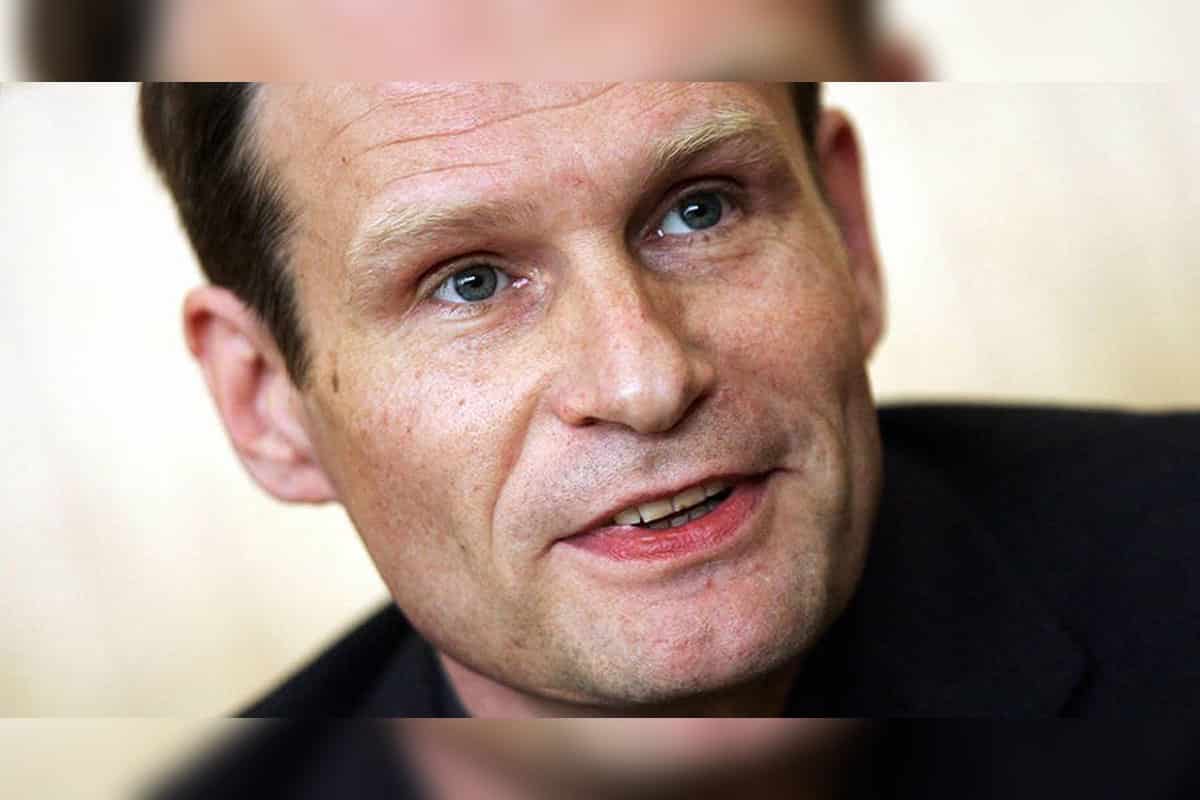 Without being shy about his love for human meat, Armin put up an ad requesting someone willing to be eaten.

While that request seemed to be impossible, a man known as Bernd Brandes accepted the request.

In 2001, the duo met, and Armin killed Brandes in his bathtub.

Armin consumed 44 pounds of Bernd for 10months. He was arrested and sentenced to life in prison. He has since become a vegetarian. 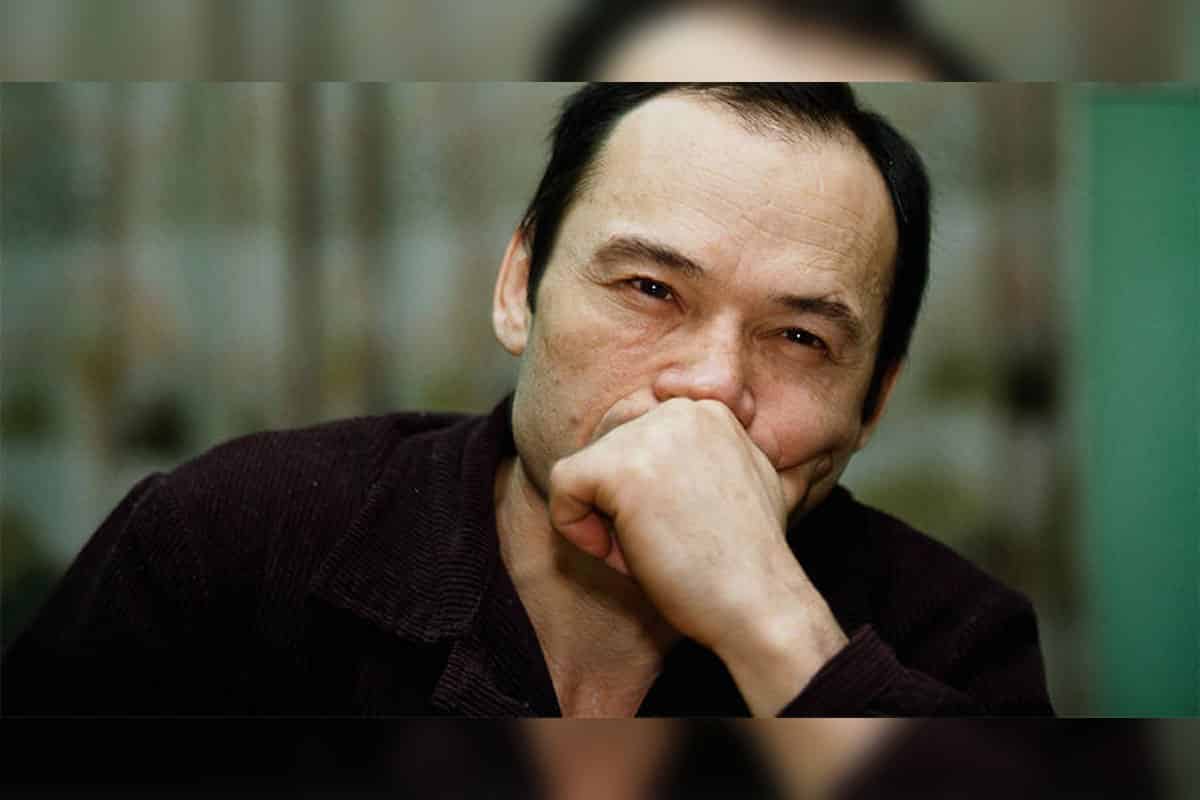 Since the total replacement of his teeth after a childhood accident, Nikolai earned the nickname, “Metal Fang.”

The creative cannibal lived up to his nickname when he killed and cannibalized one of the guests during a cocktail party. 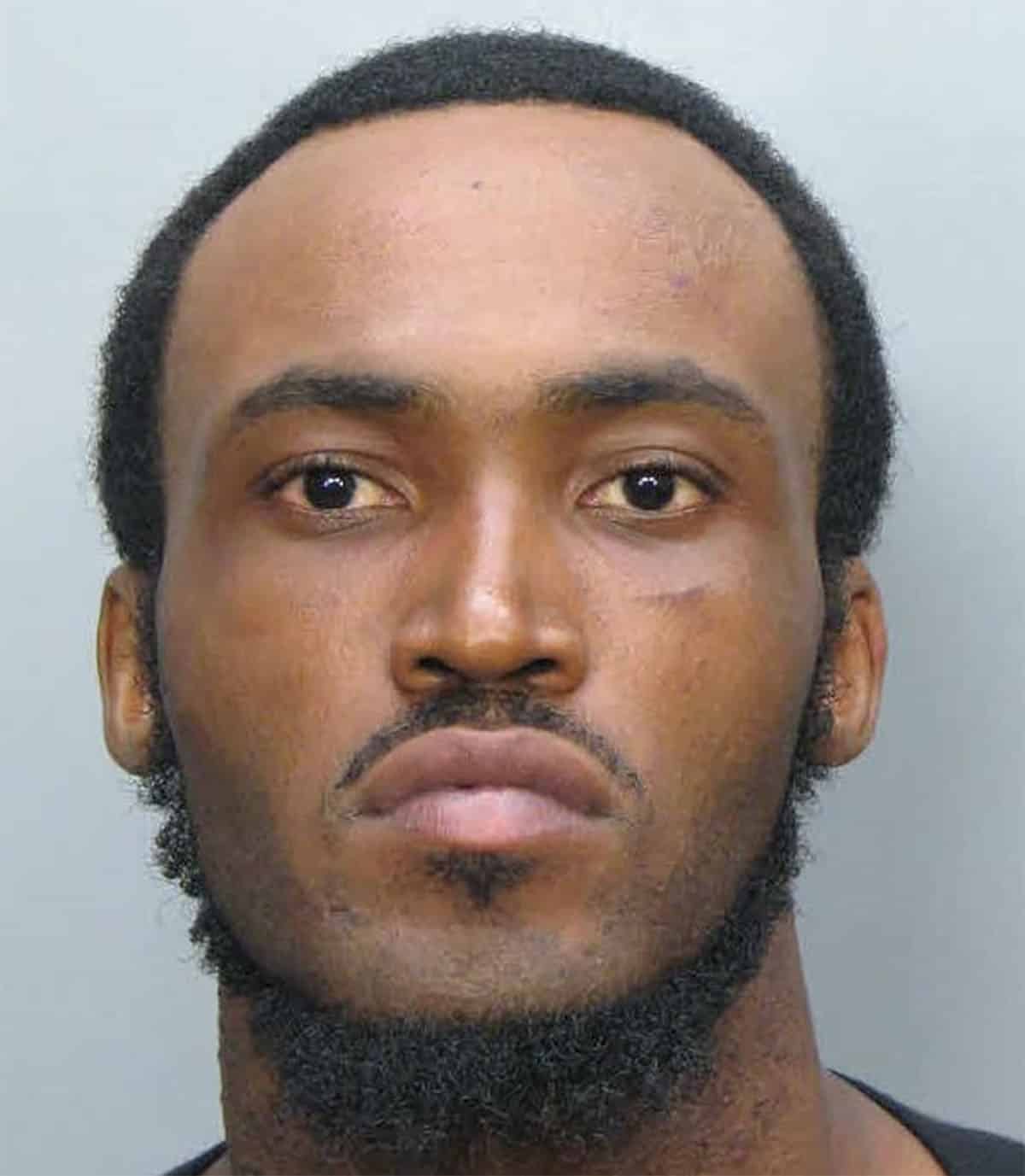 In 2016, in the middle of a busy highway, a 31-year-old Miami man, Rudy Eugene stripped naked in broad daylight and *viciously attacked a homeless man.

He kept gnawing on the face of the 65-year-old until the Police shot him.

Eye-witnesses recounted that all that was left of the homeless man’s face were his beards. 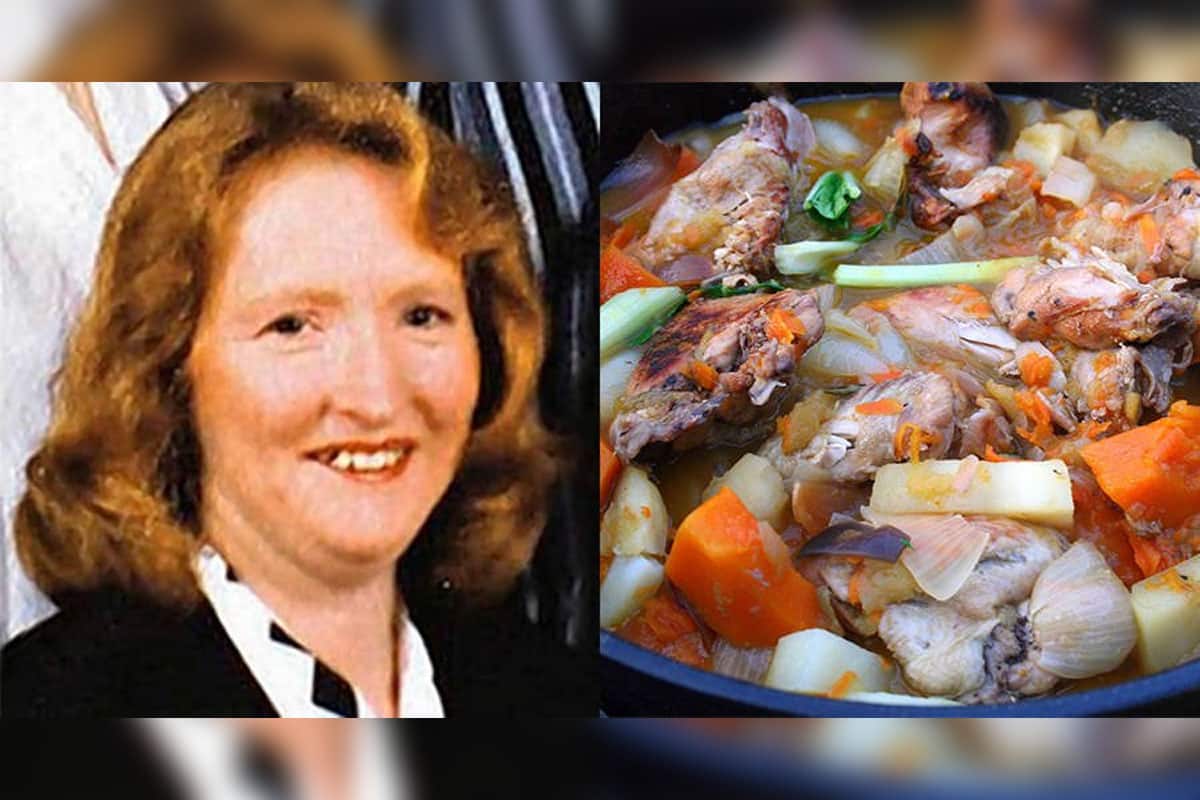 In 2000, Katherine Knight became the first woman to be sentenced to life in prison in Australia.

The Police found out that the housewife stabbed her husband, hung, skinned, and dismembered his body.

Then she cooked parts of his body with pumpkin, beets, potato, zucchini, and cabbage.

Afterward, she left his head stewing in a pot of vegetables, then put out two servings of him for his children when they got home.

However, the Police arrived before the kids could consume their father.

Many have said that Katherine is the reason behind the notion many men have about marriage. 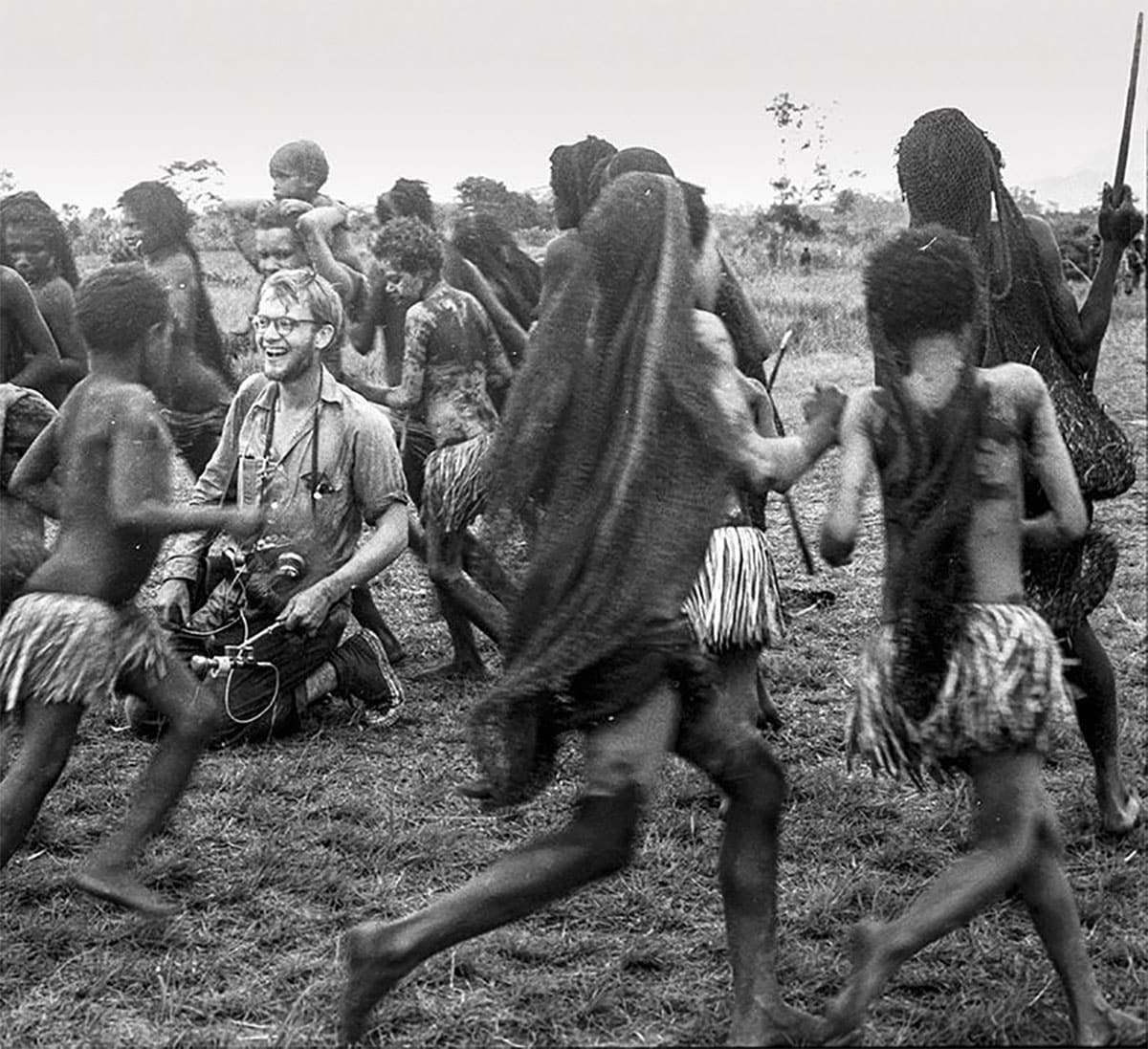 In 1961, the media announced that the youngest son of the ex-vice-president Nelson Rockefeller, Michael Rockefeller went missing while traveling.

As he went through Netherland New Guinea, witnesses stated that he was last seen when his canoe capsized through the cannibal coast.

Days after a frantic search, authorities found that the Asmat’s, a vicious tribe living in the area had captured, killed, beheaded and cannibalized Michael. 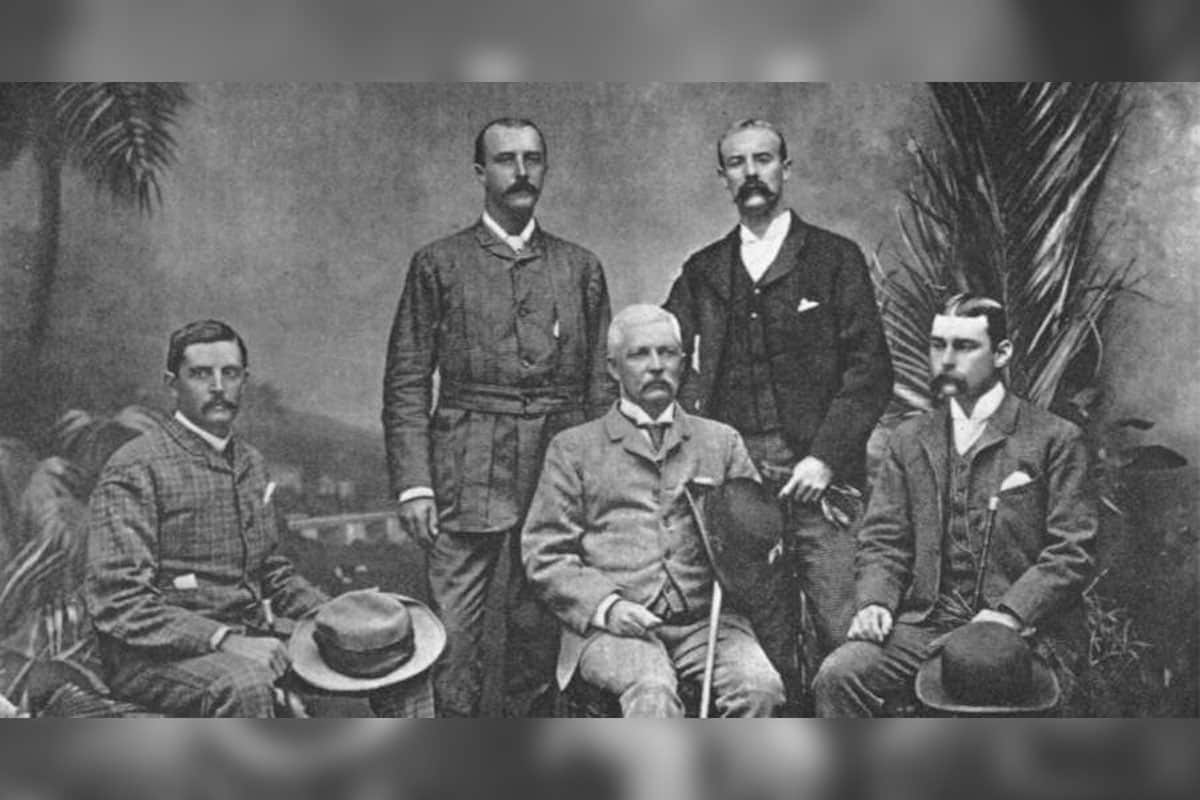 Heir to the Jameson Irish whiskey fortune, James Jameson was another American with ties to cannibalism.

Although he didn’t engage in the act directly, he was involved.

While on an *expedition to Congo, James had stated his desire to witness a cannibal attack.

So his team got him a 10-year-old girl, and he watched her being cannibalized in his presence.

After a satisfying sight, he sketched and wrote about the “ordeal” in his diary. 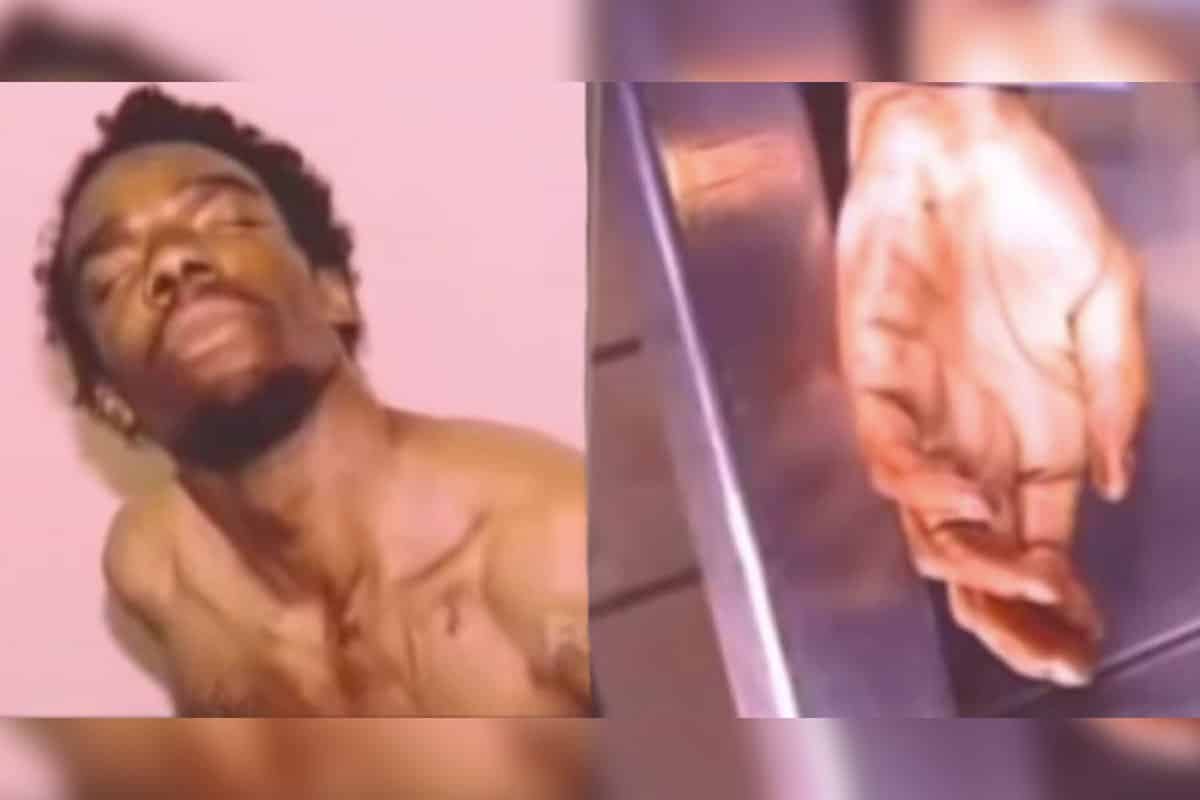 Rapper Big Lurch made headlines in 2002 when authorities found out that he had attacked his girlfriend after getting high on PCP.

Notably, he stabbed her continuously in the chest, opened her cavity, pulled out her lungs, and began eating it raw.

He was arrested and charged for murder. Now, he lectures people on the dangers of PCP. 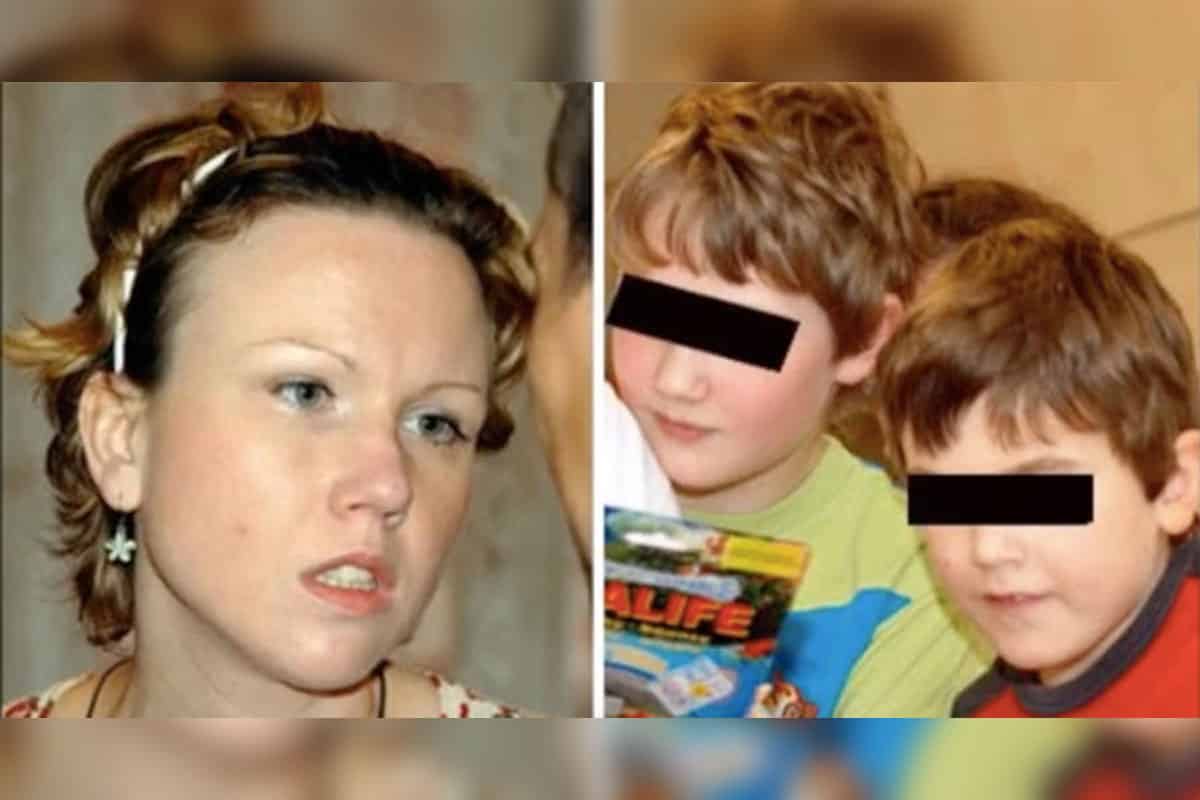 Without a prize, many have given the worst mother ever to Klara Mauerova.

The mother of two imitated her boys, aged 10 and 14, into cannibalism practicing cult.

She forced them to engage in some of the cult’s practices and further put them through regular beatings, torture, and s*xual assault.

As if these weren’t enough, she cut their living bodies and made the boys eat meals made with their parts. 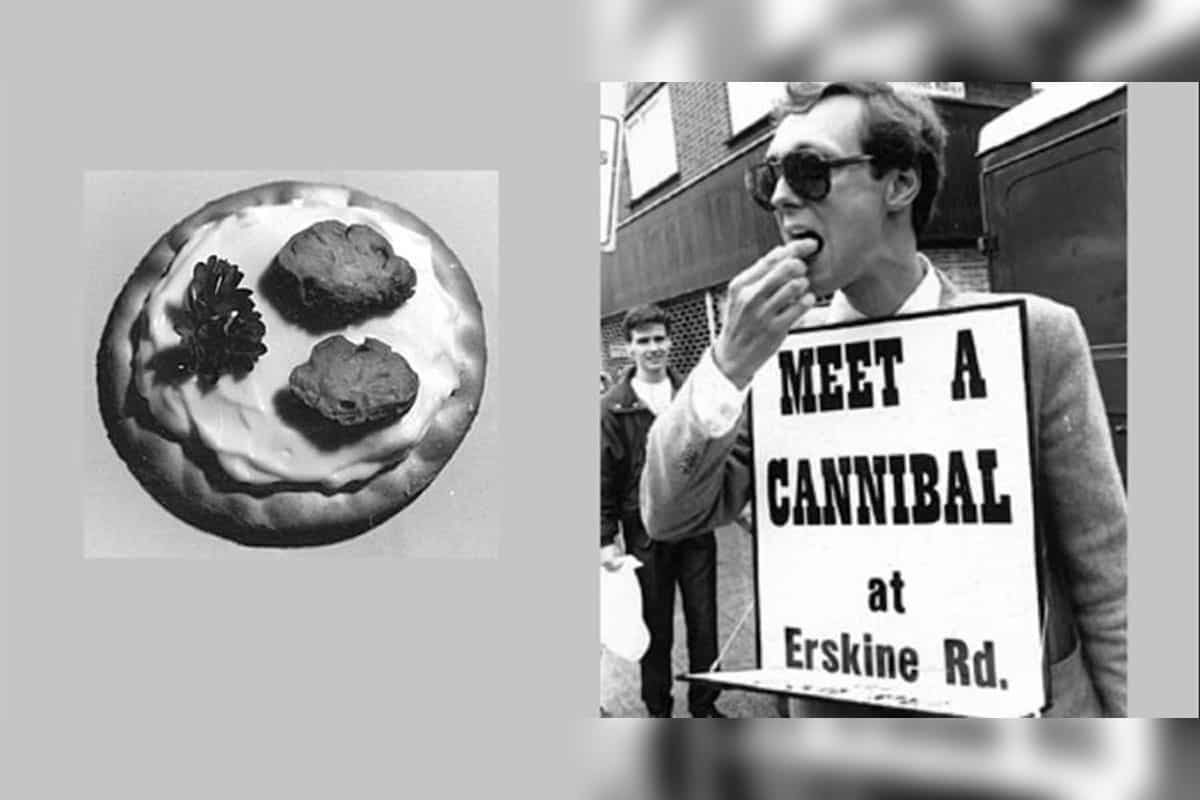 Rick Gibson is known for engaging in the act of cannibalism on two separate occasions.

Since England has no law against cannibalism, Gibson described his actions as legal and “marvelous.” 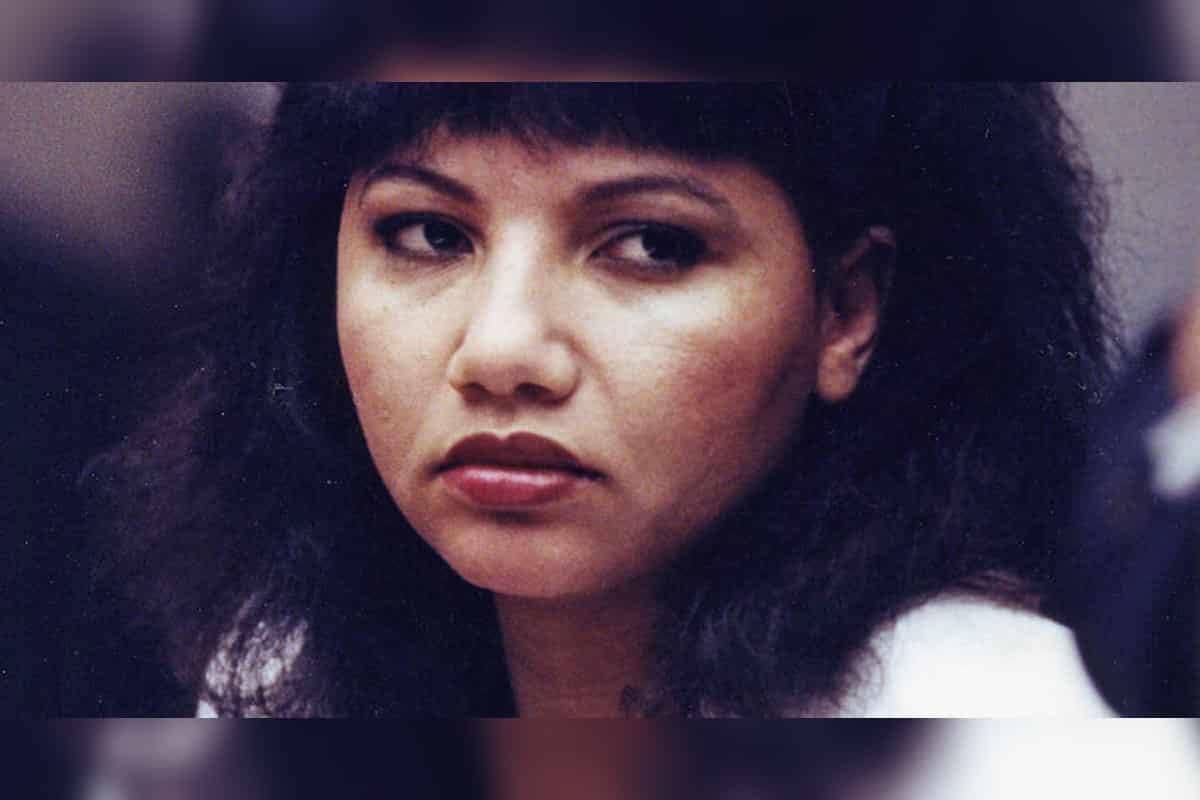 The former model had killed and cannibalized her abusive husband of one month on Thanksgiving Day.

Her psychiatrist revealed that she mixed his body parts with leftover Thanksgiving turkey, cooked his ribs in barbecue sauce, and ate them. 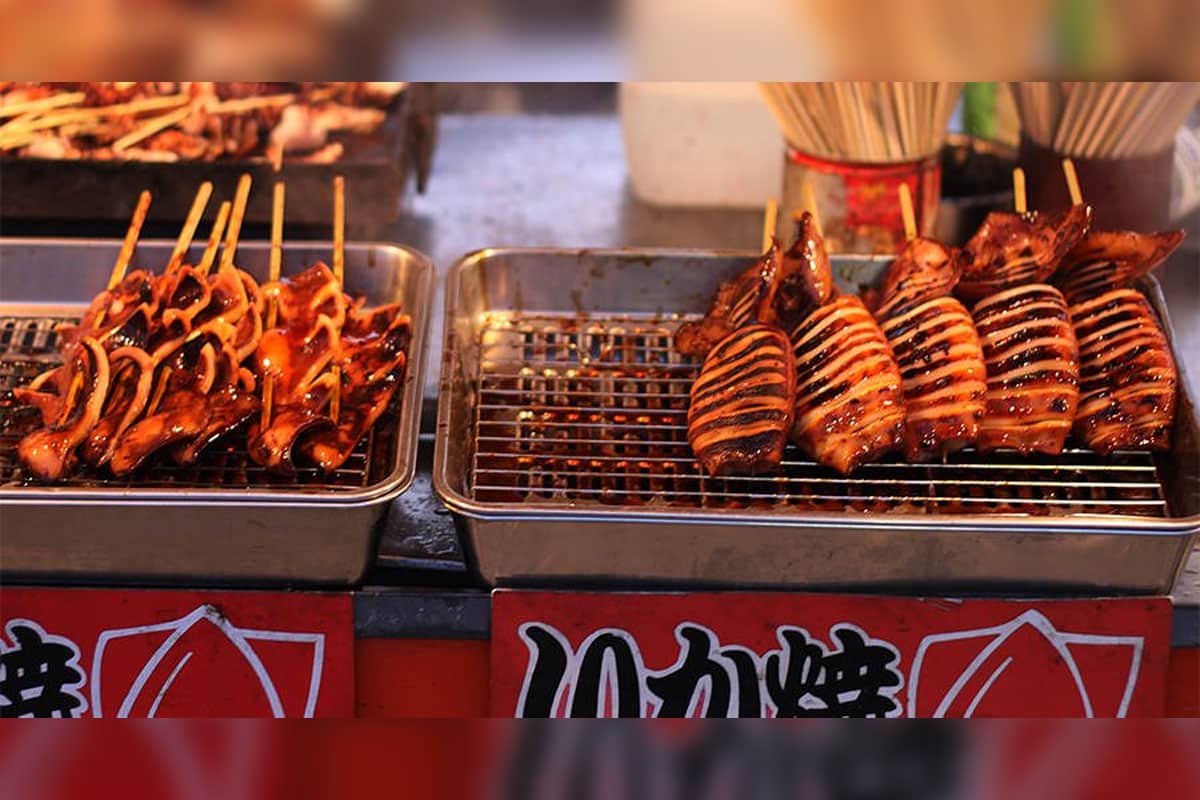 In 2010, three homeless men were sentenced to 18years in prison for murdering a man who lived on their street.

Authorities found out that the homeless men killed the man, chopped him, and sold his meat to a local kabob salesman.

Asides their actions, what was more disturbing was that no one could pinpoint the time the sale occurred or verify if any part of the man had been sold. 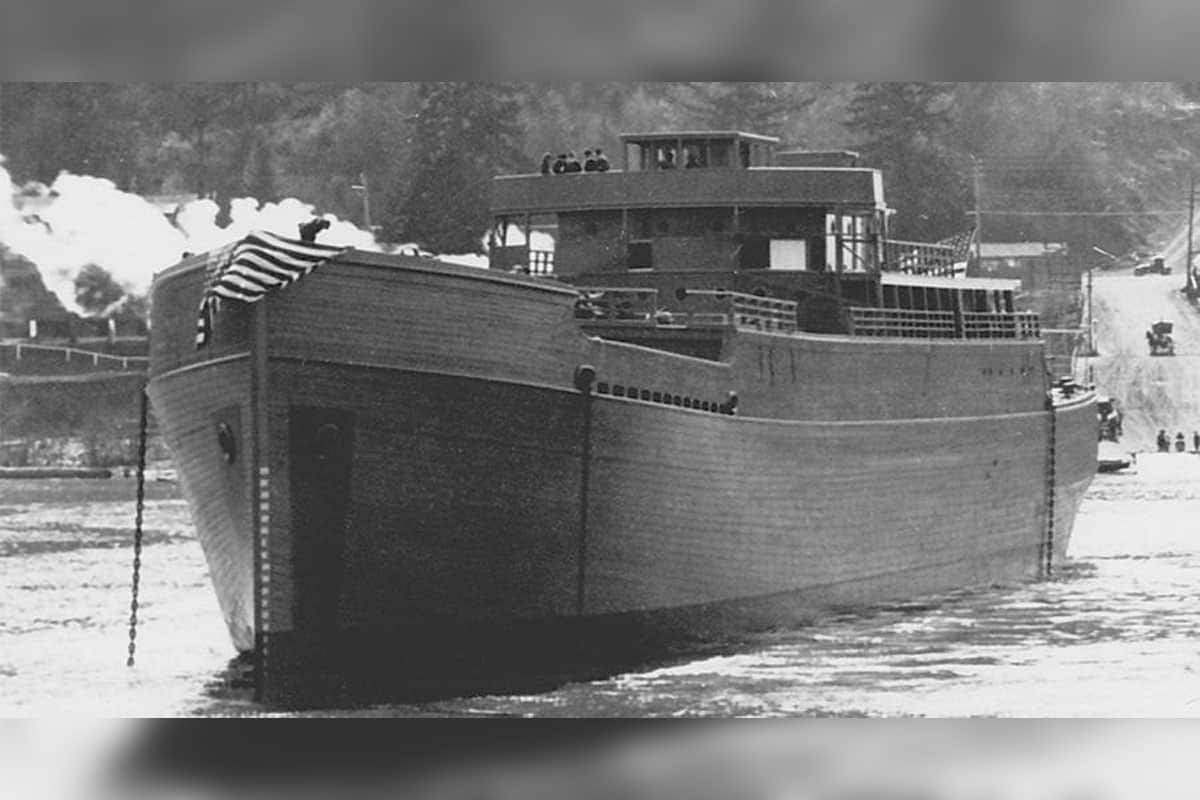 This case of cannibalism involved people who had no other choice than to engage in the act.

The crew was forced to eat human flesh when their ship was struck by lightning on its maiden voyage.

They evacuated into lifeboats but were left with no food or freshwater.

They were left with no other choice than to consume the flesh of crew members who died from hunger and exposure. 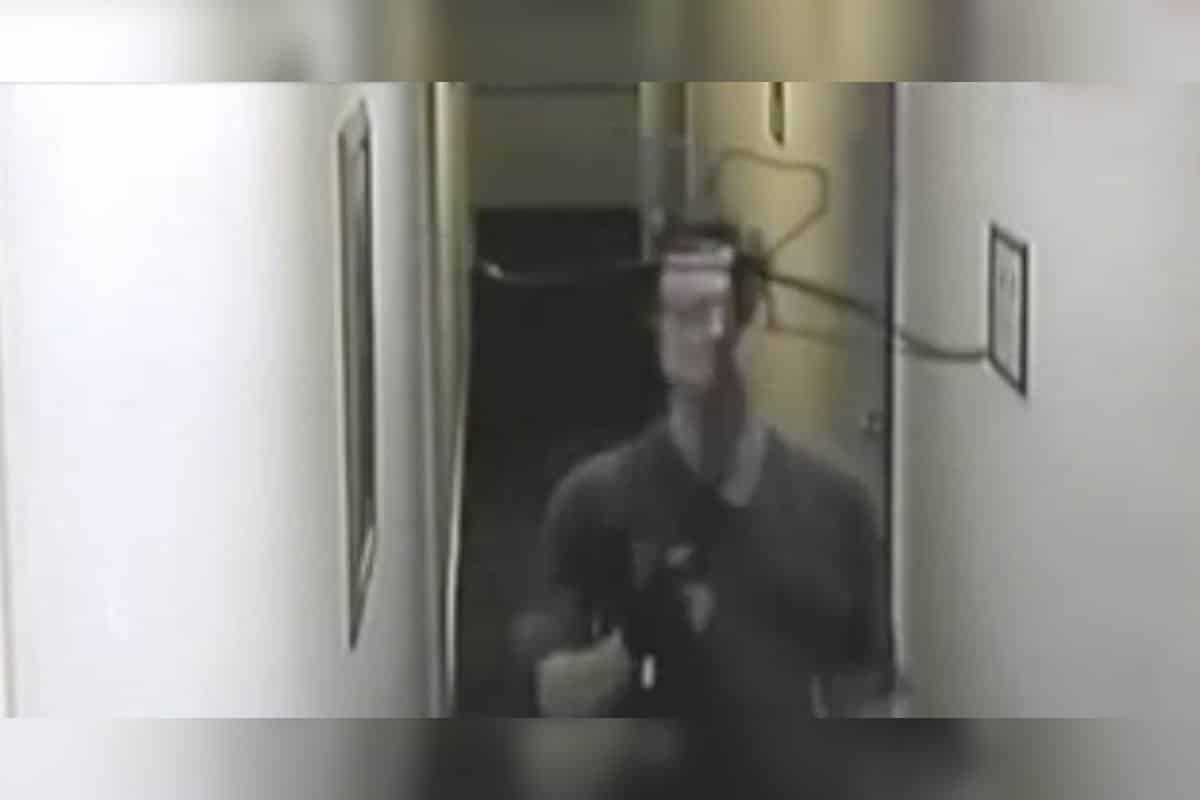 Stephen Griffiths was nicknamed Crossbow Cannibal due to his weapon choice when dealing with his victims.

Asides crossbow, he was also known to use samurai swords on his victims.

Before he was arrested, he murdered a pr*stitute in a hotel, waved his crossbow at the camera, dragged her corpse to his room, and ate her. 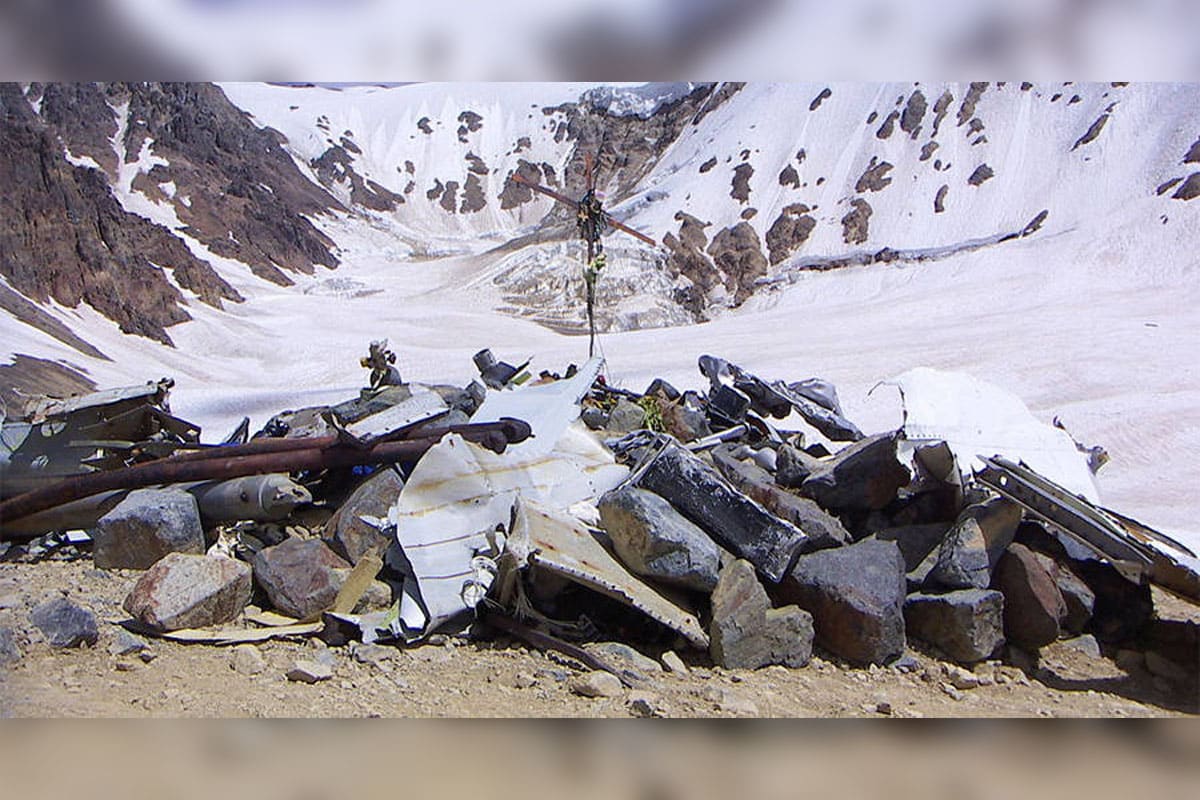 After passing through the turmoil of plane crash, they found themselves stranded on an Andes mountain top.

While waiting for a rescue team, they ran out of supplies and were left with no other choice than survive off the dead bodies. 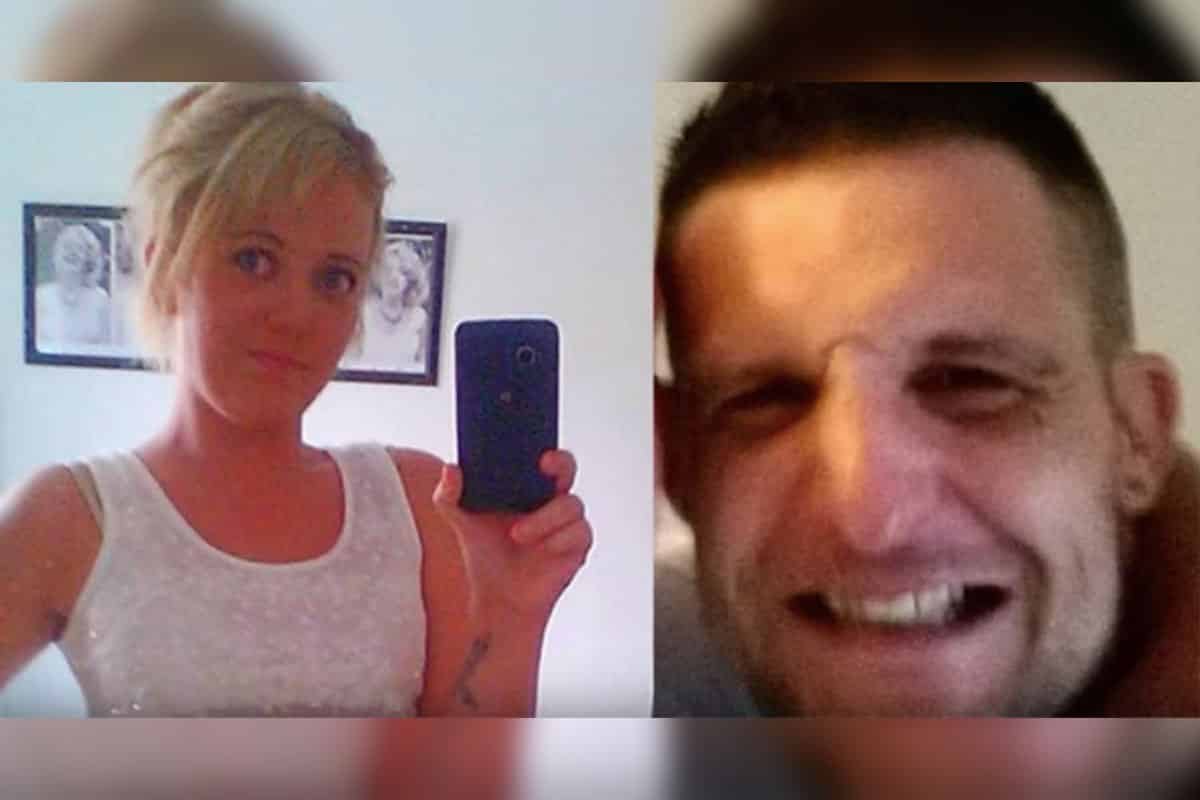 Just like every other person, Matthew Williams checked into a B&B in Wales.

However, his stay was shortened when the owner of bed and breakfast found Williams covered in blood, eating the body of the woman he had killed in the middle of the night.

He was confronted, but he ignored everyone, including the Police. He only stopped eating after being tased.

Although all cannibals have the same desires, some are scarier than others.

There are some cannibals who are calculative about their plans and another set who attack randomly without giving a care. Issei Sagawa had planned his attack for a while before inviting his schoolmate.

In contrast, Greyhound Cannibal randomly attacked the man next to him on a public bus.

So the question is – which is the scarier form of attack – the calculative and premeditated one or the unexpected random attack.

You be the Judge!