by Factionary 6 months ago2 weeks ago
2.9Kviews

It is well known among the archaeological circle that Siberia is one of the best places to look back on history.

Teams of fossil hunters in Siberia come across species and their carcasses from thousands of years ago.

The best part about finding something here is that it remains mostly intact and in good condition.

This time, they came across a forty six thousand year old carcass of a bird that was still intact. 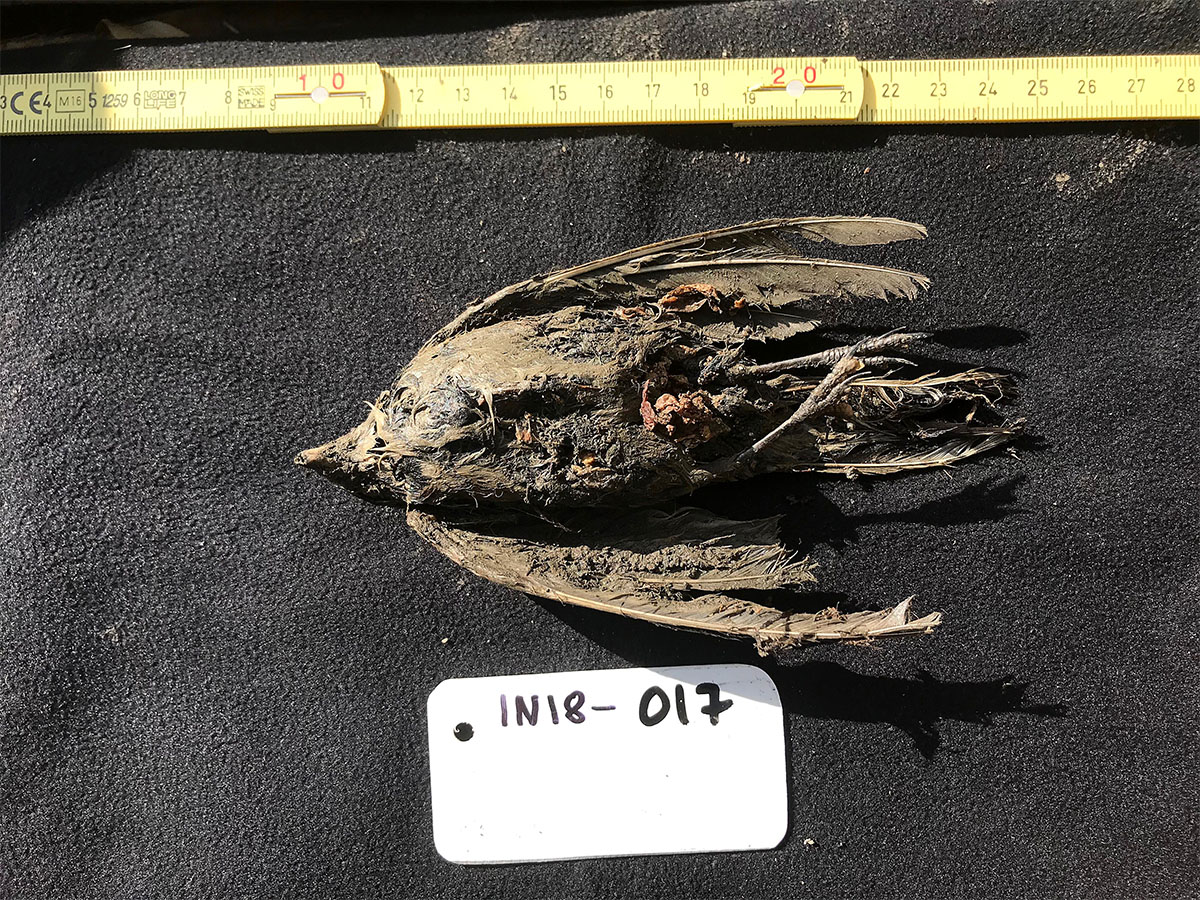 The feathers and talons on the species were still in place which is remarkable for something that is so old.

Let’s learn all about this finding and what implications it has.

Recently, a team of local archaeologists and fossil hunters found an interesting specimen in North-eastern Siberia.

It was an interesting discovery of a forty six thousand year old bird that still had its feathers and talons.

This mummified bird was classified as Eremophila Alpestris or more commonly known as the horned lark. A predecessor to a couple of species found today.

Examining the genes of this historical find and sequencing the genome will allow the researchers to get more clarity on the evolution of the lark species.

The bird had died during the last ice age and was found 23 feet under the ground.

Teams searching for fossils inside an ice tunnel came across this intact carcass and it was sent right away for examination.

The specimen on this incredible find was sent to Yakutsk and registered into the Sakha Academy for further studies.

What Experts Had To Say

Love Dalen who is a professional in evolutionary genetics was one of the people to have examined this fossil.

His take on the story provided further insights about ancient history during ice age time and how it affected the evolution process.

He said that the finding tells us about climatic change towards the end of an ice age that resulted in new species being formed.

The finding of this preserved bird can provide us with insights into how the world was back during the last ice age and how species at the time reacted to the change.

According to the co-author of the study, Nicolas Dussex, The findings in Siberia will open doors to understand the evolution of ice age fauna and how the responses to climate change were fifty thousand years ago.

Implications Of This Rare Finding

The rare finding of this lark will allow researchers to look into several things.

First of all, the evolution of the species since the end of the last ice age can be understood.

It will also provide insights on how species were preserved in such a way while in their natural habitat.

Lastly, it will allow us to understand the ice age fauna and climate change at the time.

Fossils that are intact like this specimen of horned lark are a great source of information to look back into the past and understand the history of evolution. 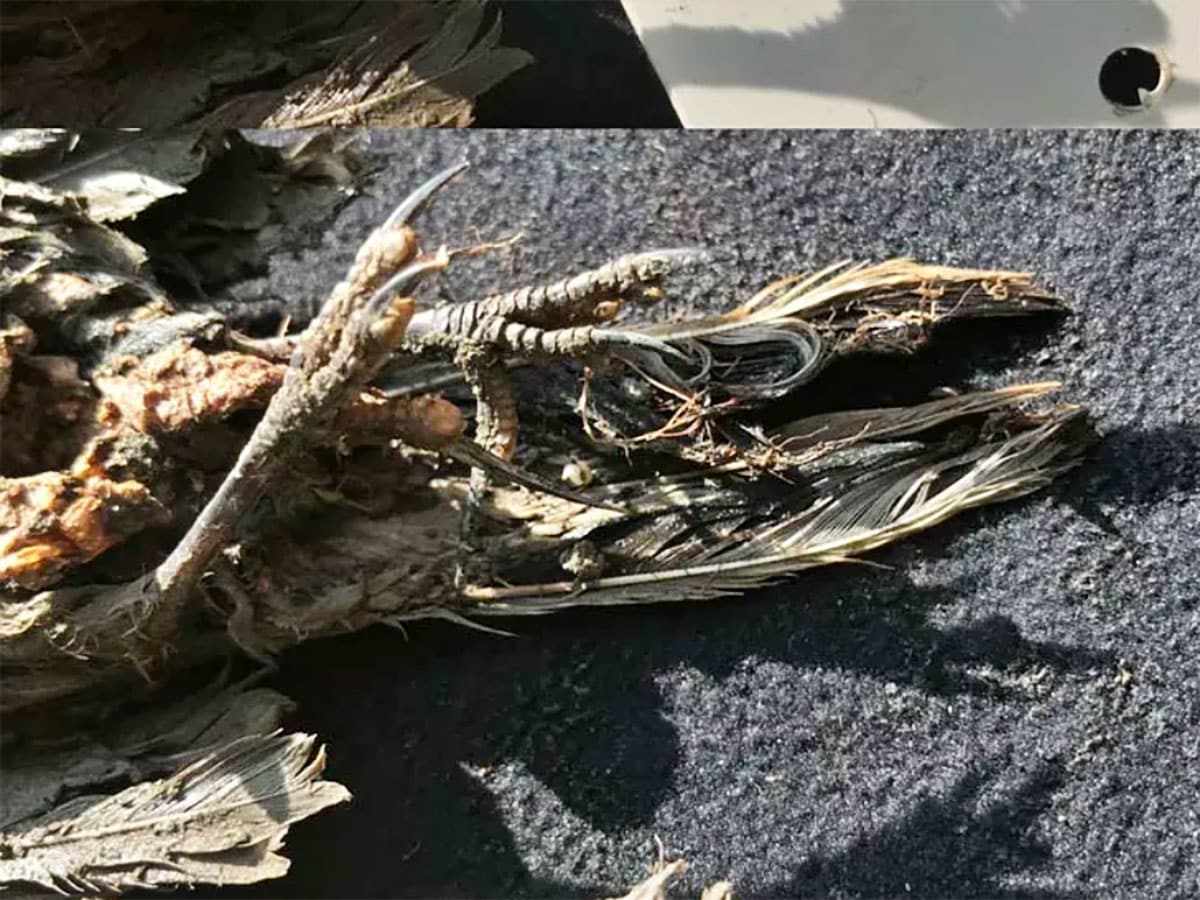 Yakutsk is one of the coldest places on Earth and provides a natural preservation system for many fossils found in the area.

The temperature in this region can drop all the way down to a freezing minus thirty four degrees Fahrenheit.

This creates the perfect natural environment for the preservation of fossils. Multiple layers of tundra in the region is also how this lark’s carcass survived for hundreds of decades.

A year ago, Love Dalen was also involved in another research and study team that found another interesting fossil from the same region.

This time it was a fully intact wolf-dog carcass that was said to have aged around eighteen thousand years.

The researchers decided to call this species Dogor and were amazed at how beautifully it was under the natural environment of the area.

It was preserved to such an extent that the creature still had its furs and coat attached to its body.

Later on, the specimen was examined and the scientists studied its genes.

They realized that it was not a dog or a wolf but a species of its own that lived during an intriguing time for the evolution of wolves and dogs.

It is amazing how the natural habitat of these species resulted in their preservation thousands of years later.

There were plenty of discoveries from this area throughout recent times that were similar to the lark and Dogor, catching the archaeological world’s eye.

Researchers came across a full wolf head dating back to the Pleistocene era and concluded that it was around forty thousand years old.

Another interesting fossil from the same region was the foal of a horse species.

This was said to be from around the same time as the wolf head. 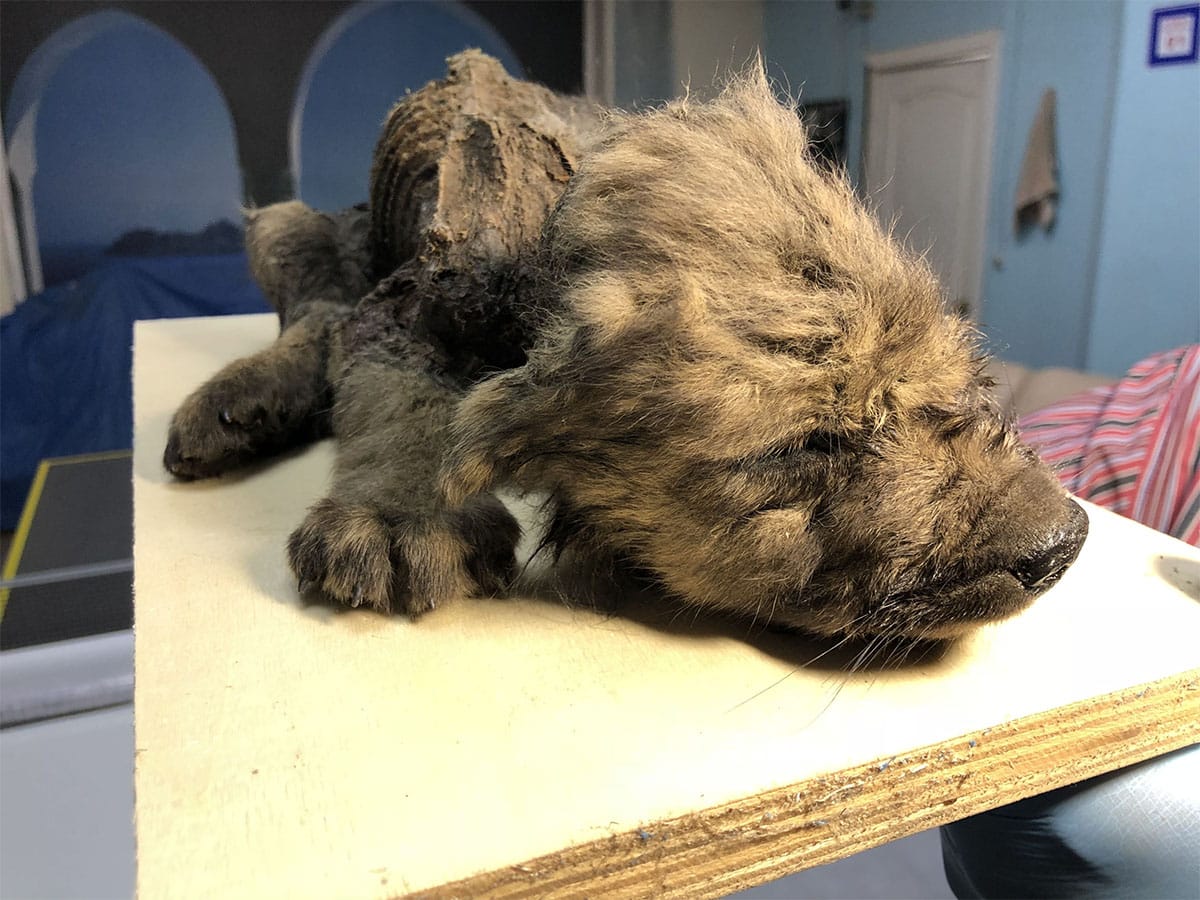 It was an interesting discovery considering that the horse species is not even alive anymore.

This was discovered in the Yakutia region in the same area.

How Are Species Preserved In Permafrost

Siberia is one of the most preserving places on Earth. Multiple layers of ice result in the best conditions to preserve a fossil or a carcass for thousands of years.

According to Nicolas, The dirt deposited on the fossils came gradually and the ground used to be in a stable condition to make for the preservation.

This allowed plenty of fossils to remain intact and in pretty good condition.

The lark found is said to be in a state extremely close to what it died in.

It is amazing how such a small specimen can survive hundreds of decades and still be in a near perfect condition.

Siberia and the fossils coming out of that place continue to amaze us.

These intriguing discoveries and specimen of species that are extinct now can help us look back into history and understand the evolution of these creatures through thousands of years.

Most likely, there will be many more discoveries from the region that are preserved by nature in such a way that it will surprise us.