by Factionary 6 months ago2 months ago
37.7Kviews

It is only common for most (if not all) people to desire life where they can stop growing older for as long as they can.

Although some of the best moments in life can only happen when you’ve lived long enough, youth has been and will always be associated with beauty, productivity, opportunity, fun, and the most adventurous time in anybody’s life.

Although getting older is an inevitability, many Hollywood stars seem to be able to defy the natural process of aging; some do not seem to age at all for the past 20 years, while others actually look better now than they were decades ago.

While no one is immune to getting older – not even the rich and famous – a lot of celebrities are still as good-looking as the first time you saw their pictures in magazines or old movies a long time ago.

Let us not forget that some of them are not even gym-goers and wellness-fanatics. These famous people, like fine wine, only get better as they age. 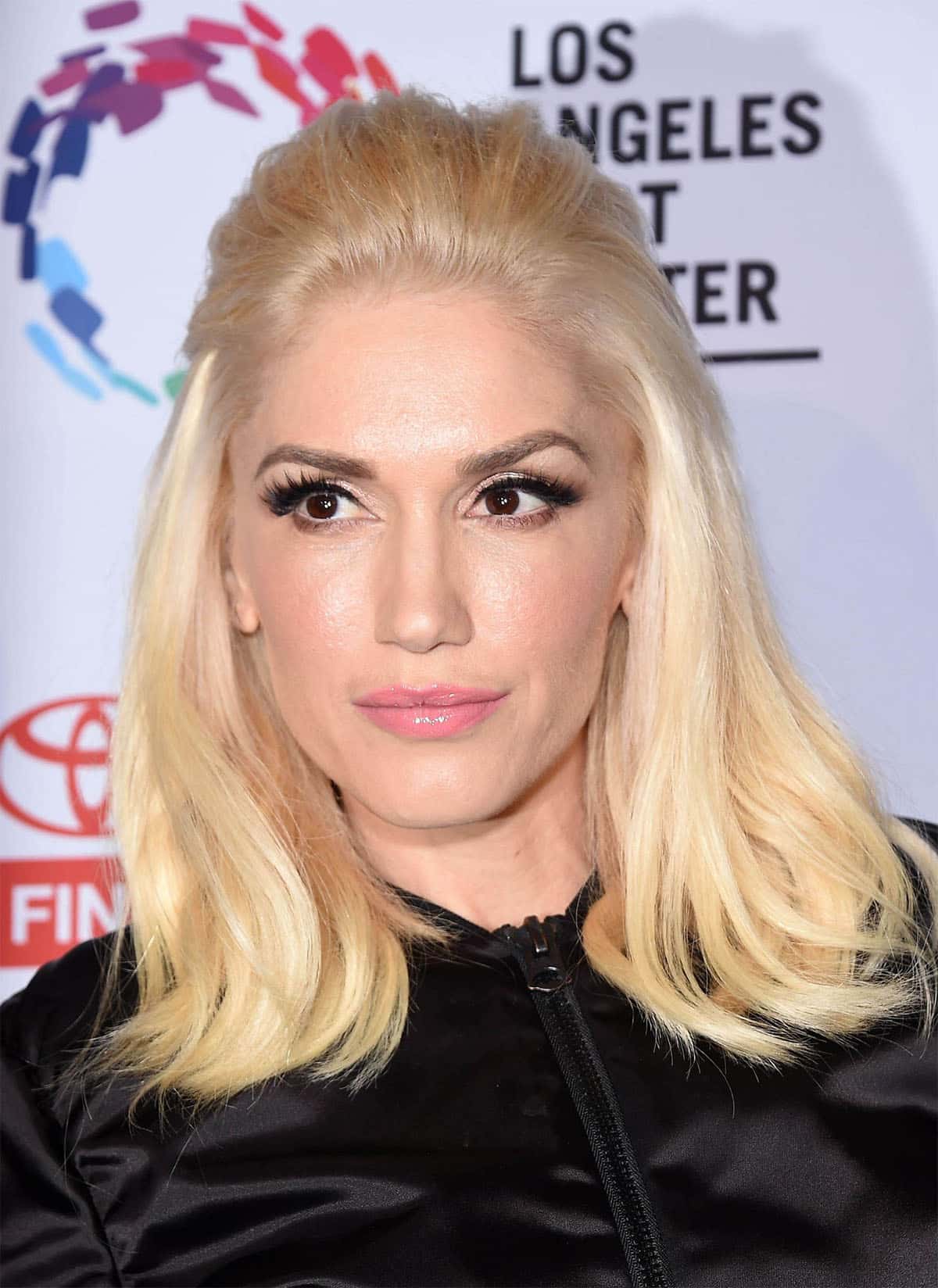 In total, she has so far received 49 awards and 126 nominations.

If you take a look at her picture from 20 years ago and compare it with her most recent photograph, you would assume she doesn’t even age a single day. 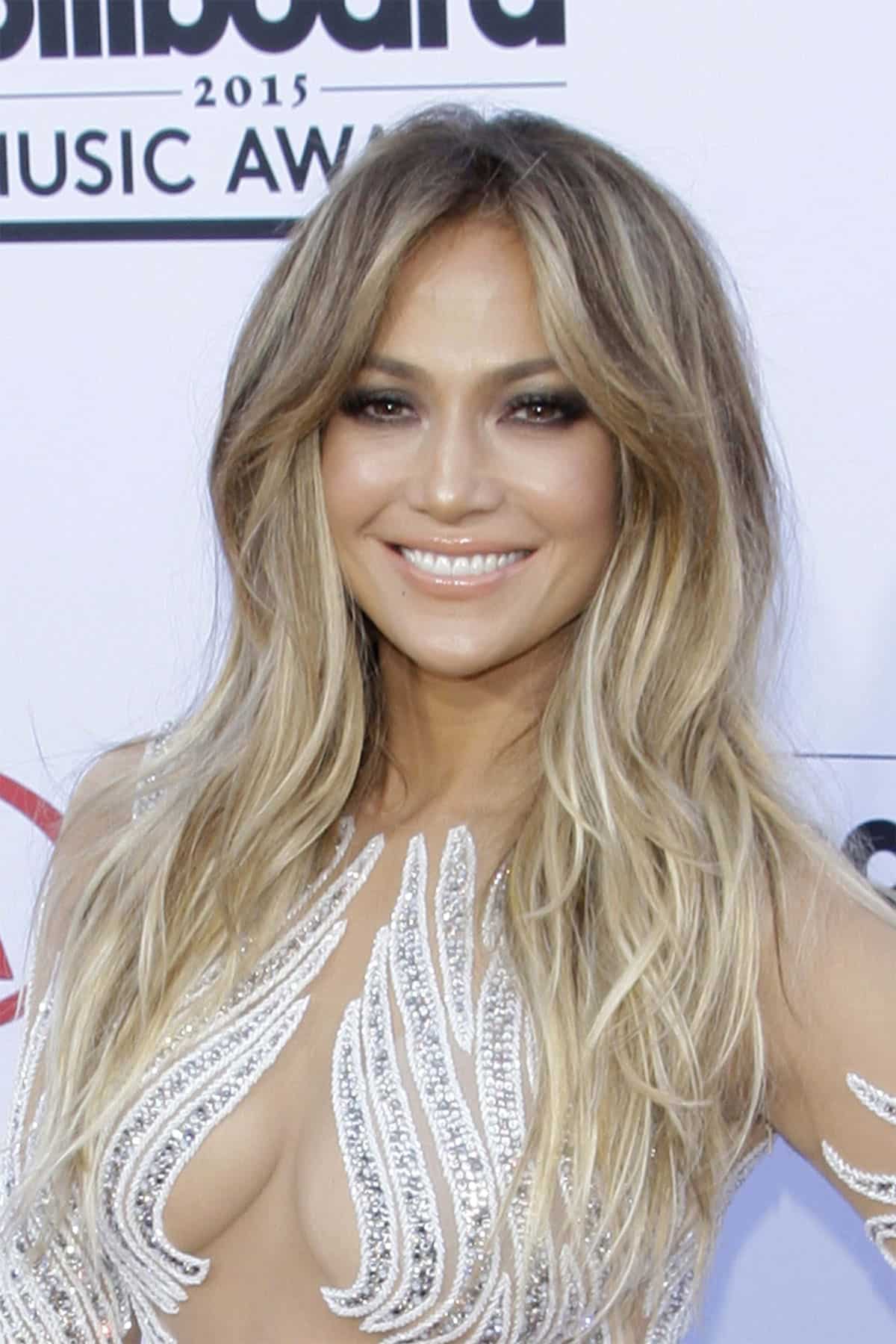 Even before her debut album was released in 1999, Lopez had already been a busy professional in film and TV performances. Now she has an estimated global sales of 70 million records and cumulative film gross of more than $3.1 billion.

She has changed quite a lot since her first performances in the early 1990s, and it is good thing that she only becomes more attractive over the years. 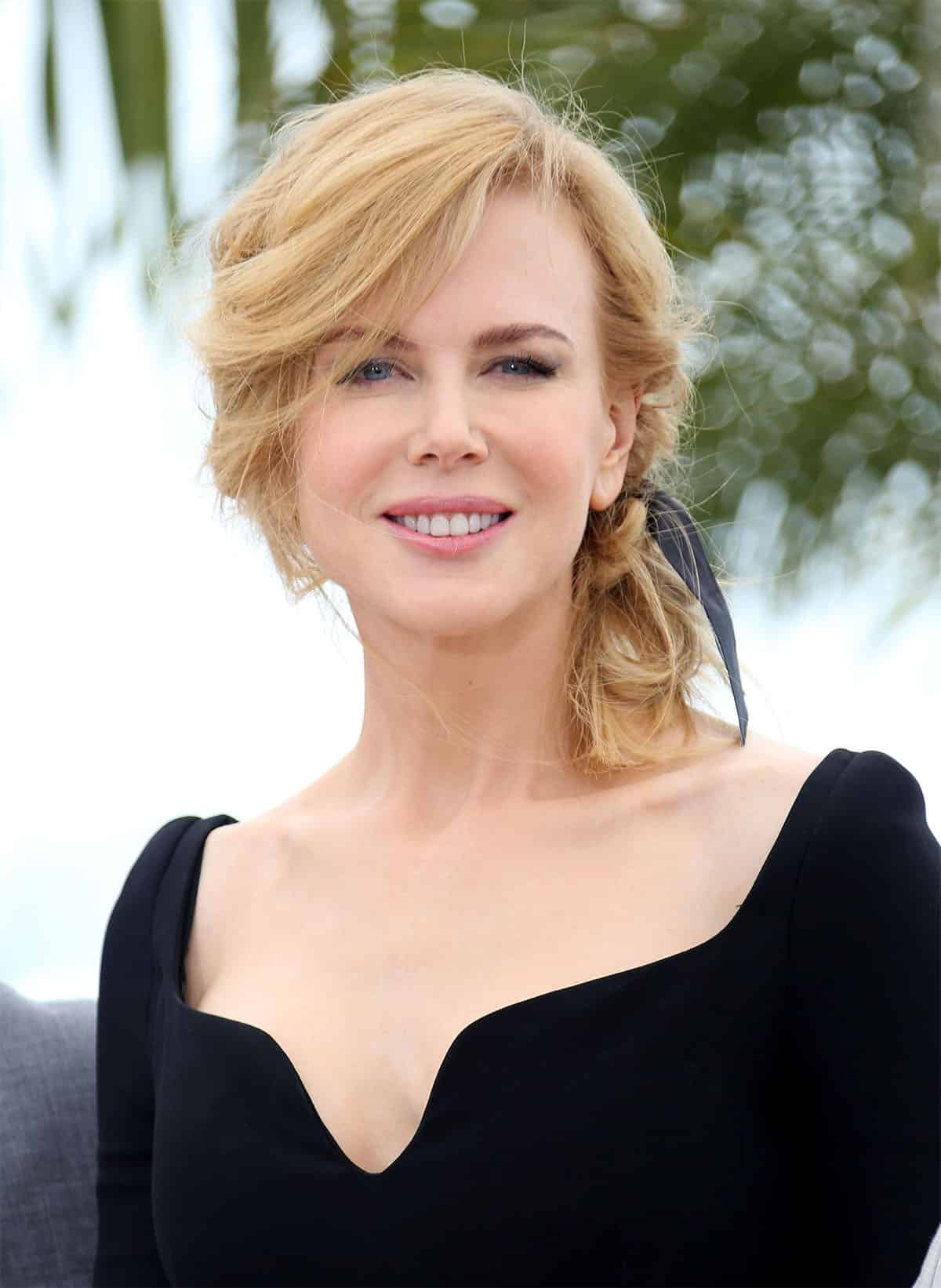 Having been blessed with natural pale skin and red hair, the Honolulu-born Nicole Kidman is a living proof that there is no need to rely on cosmetics and plastic surgery to stay attractive in older days. Staying out of the sunlight and regular exercise should be enough to maintain youthful look.

She made her film debut back in 1983 at the age of 16, and since then her career has been on the rise. It has been 37 years since her first appearance in Bush Christmas, yet she still looks exactly the same (if not better) now. 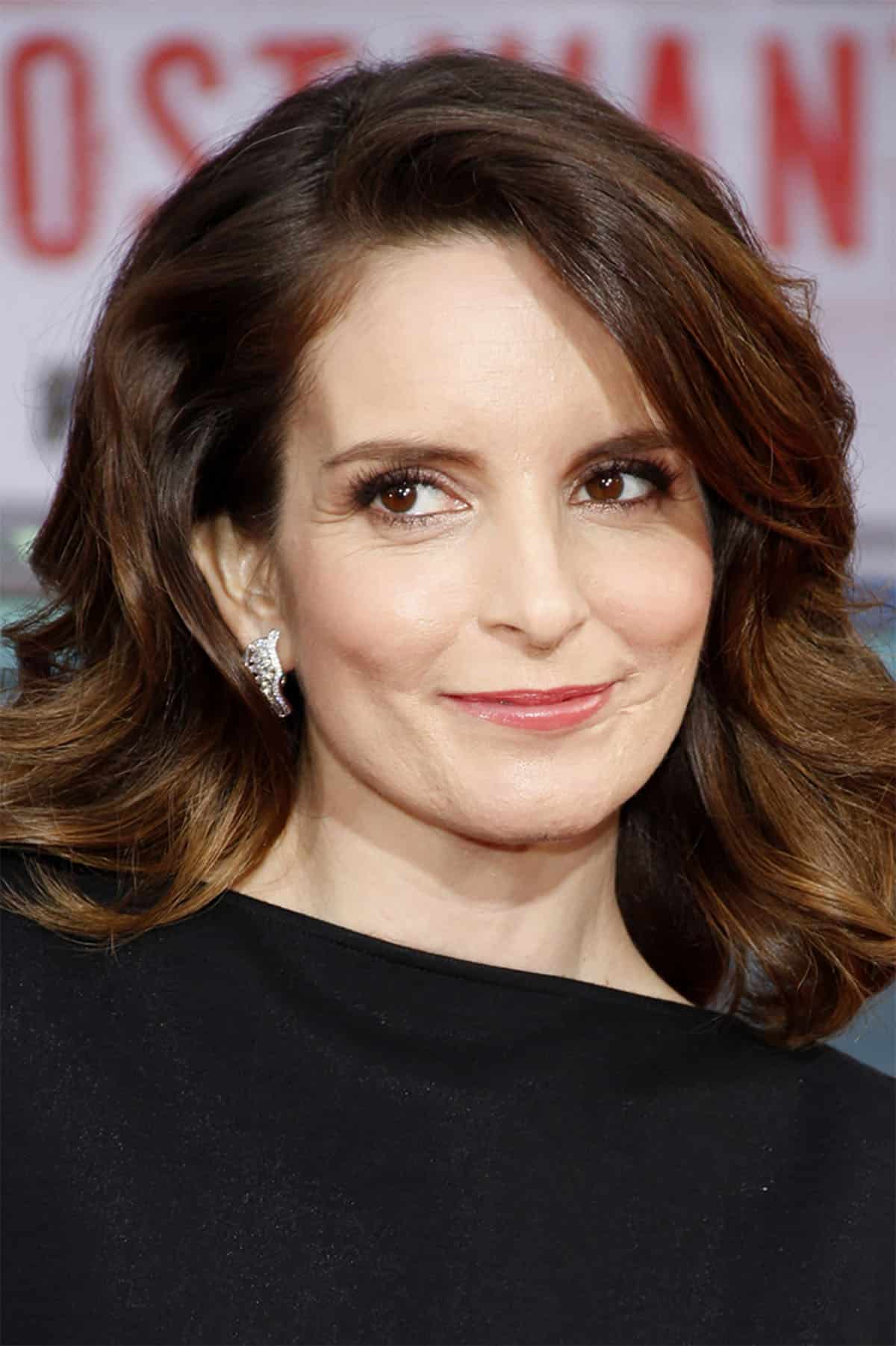 Starting her professional career in 1997, Tina Fey has been involved in various ventures in the entertainment industry ever since.

She is best known for her performances in Saturday Night Live which spanned for nine years from 1997 to 2006, although she would also make several notable appearances as guest star in SNL after she had left the show.

Even without makeup on her face, the 49 years old mother looks absolutely stunning.

In fact, if you compare her most recent photographs with the ones from her college days, it seems like Tina Fey actually ages in reverse. 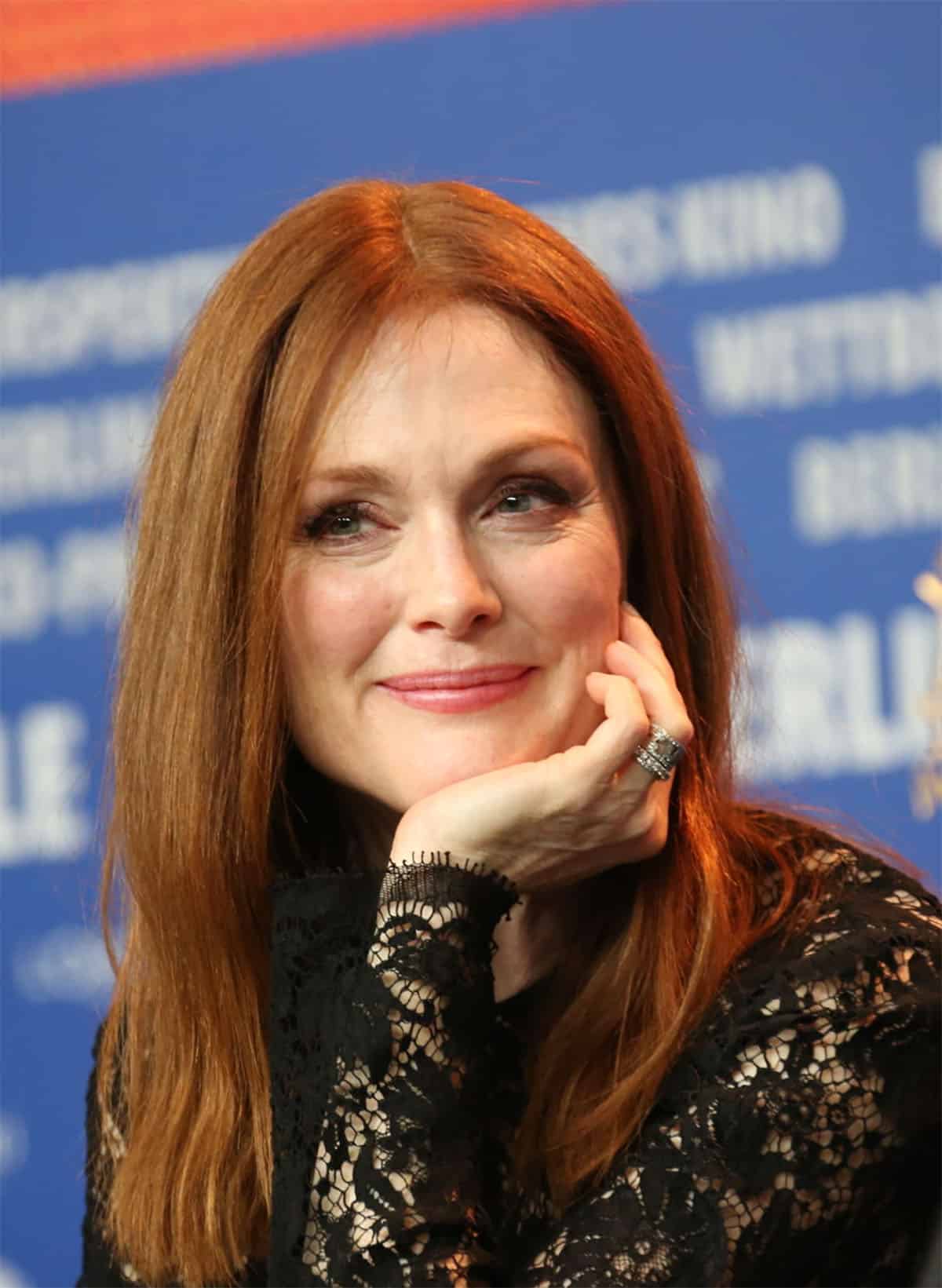 Although she is best known for her portrayals of emotionally troubled characters in various blockbuster and independent films, the real life Julianne Moore is in great shape, health, and beauty.

As a female Hollywood star in her late 50s, she is a bit unusual for she continues to work regularly and portray prominent roles although not always in big-budget Hollywood productions.

Moore does have some signs of aging, which is completely normal for a woman of her age, but it does not mean she becomes any less attractive. 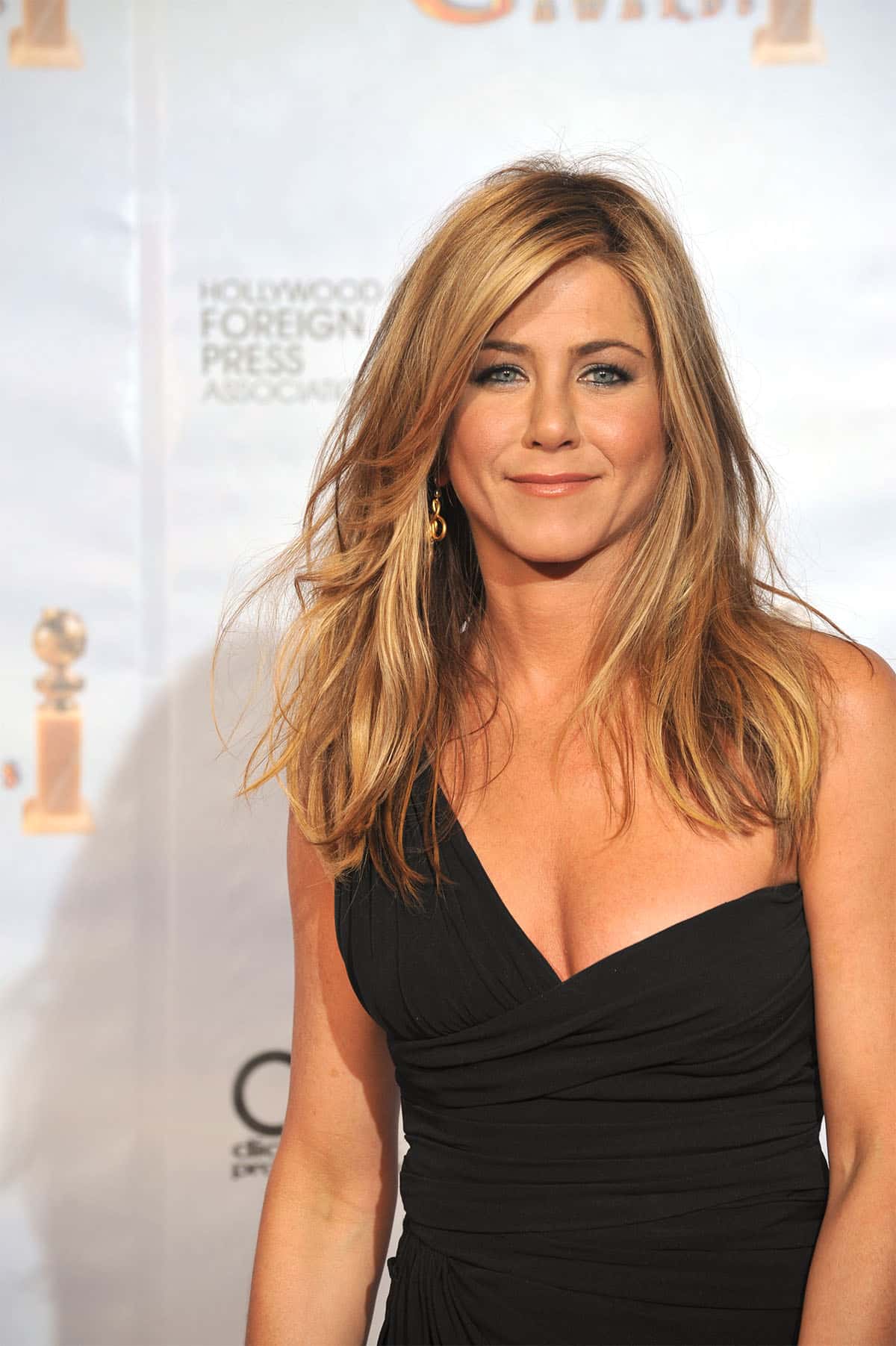 Here are just few marks on how the media has been seemingly obsessed with the beauty of Jennifer Aniston:  GQ’s first Women of the Year (2005), Men’s Health Sexiest Woman of All Time (2011), and PEOPLE’s Most Beautiful Woman (2014 and 2016).

Aniston doesn’t have to do extreme measures to maintain her beauty. It is just a combination of having regular exercise and trying to always eat healthy diets.

Everybody can presumably do that, but of course Anniston has an outright natural beauty that even time itself cannot seem to erase. 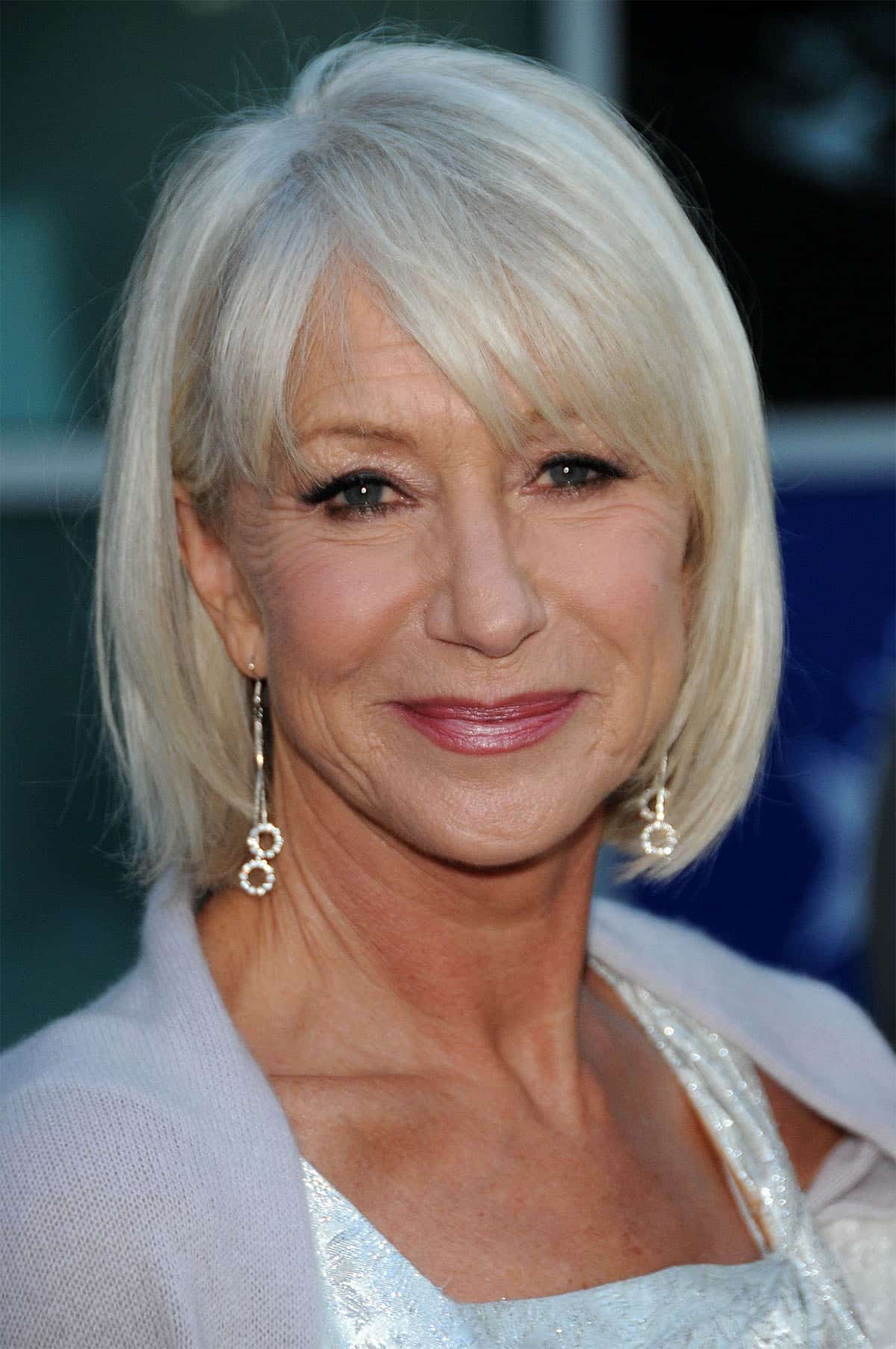 Having been in film industry since 1966, Helen Mirren continues to cast a massive shadow for everybody else that follows.

In 2012, Mirren was among the British cultural icons selected to appear in the new version of The Beatles’ Sgt. Pepper’s Lonely Hearts Club Band album cover.

Mirren was beautiful even in her early black & white photos; now at 71 years old and despite the wrinkles and fine lines on the face, she is still charming in so many ways. 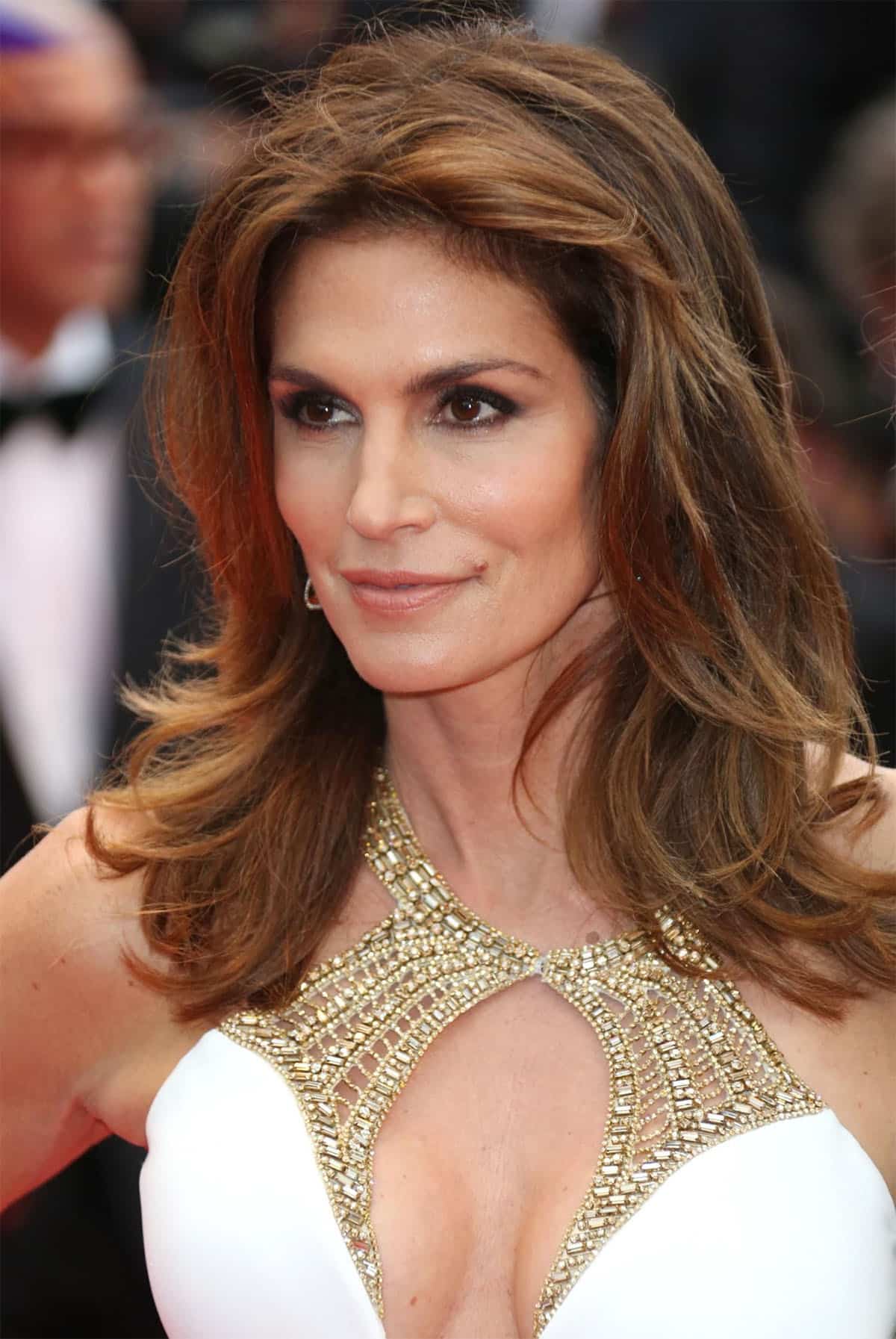 Unlike many celebrities in the list, Cindy Crawford does not have a lot of films to her name.

She started as a model, and her success in the industry has so far made her an international celebrity and even roles in some movies and television shows.

During the 1980s and 1990s, Crawford was one of the most popular supermodels and a regular presence on fashion campaigns as well as magazine covers.

Considering that even at 54 years old she always looks stunning, no wonder that during her younger age everybody was astonishingly bewildered. 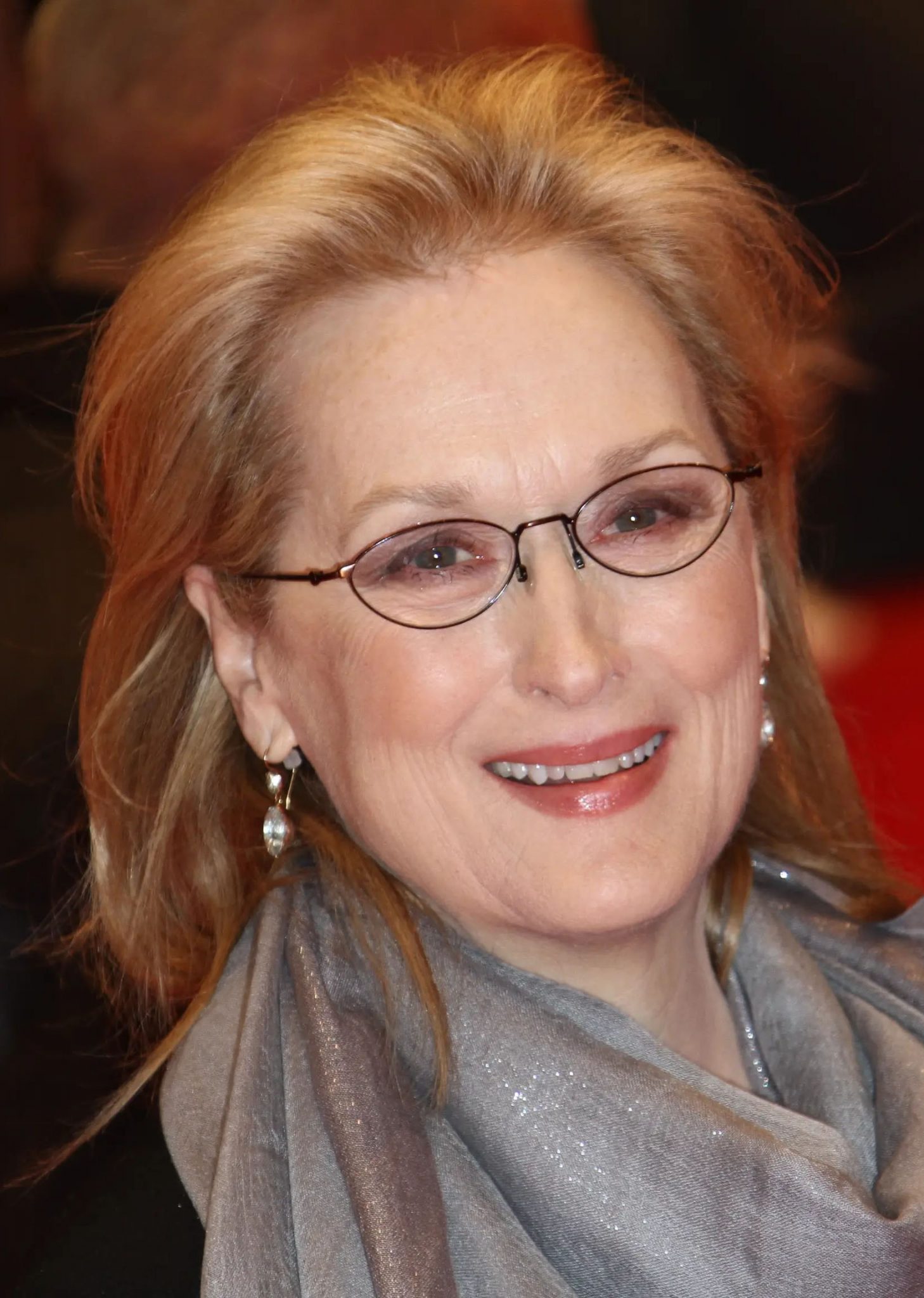 Apparently acting is not the only thing that Meryl Streep does better than most, because she ages remarkably well too. She has won three Academy Awards and nine Golden Globe Awards.

In total she has won 149 awards from 409 nominations of various prestigious organizations in movie industry.

She is now 70 years old, yet she remains an active star busy with current and upcoming projects. She does not look exactly the same as she used to in the 1960s/70s, but she still has that glowing radiating smile every time you see her on screen. 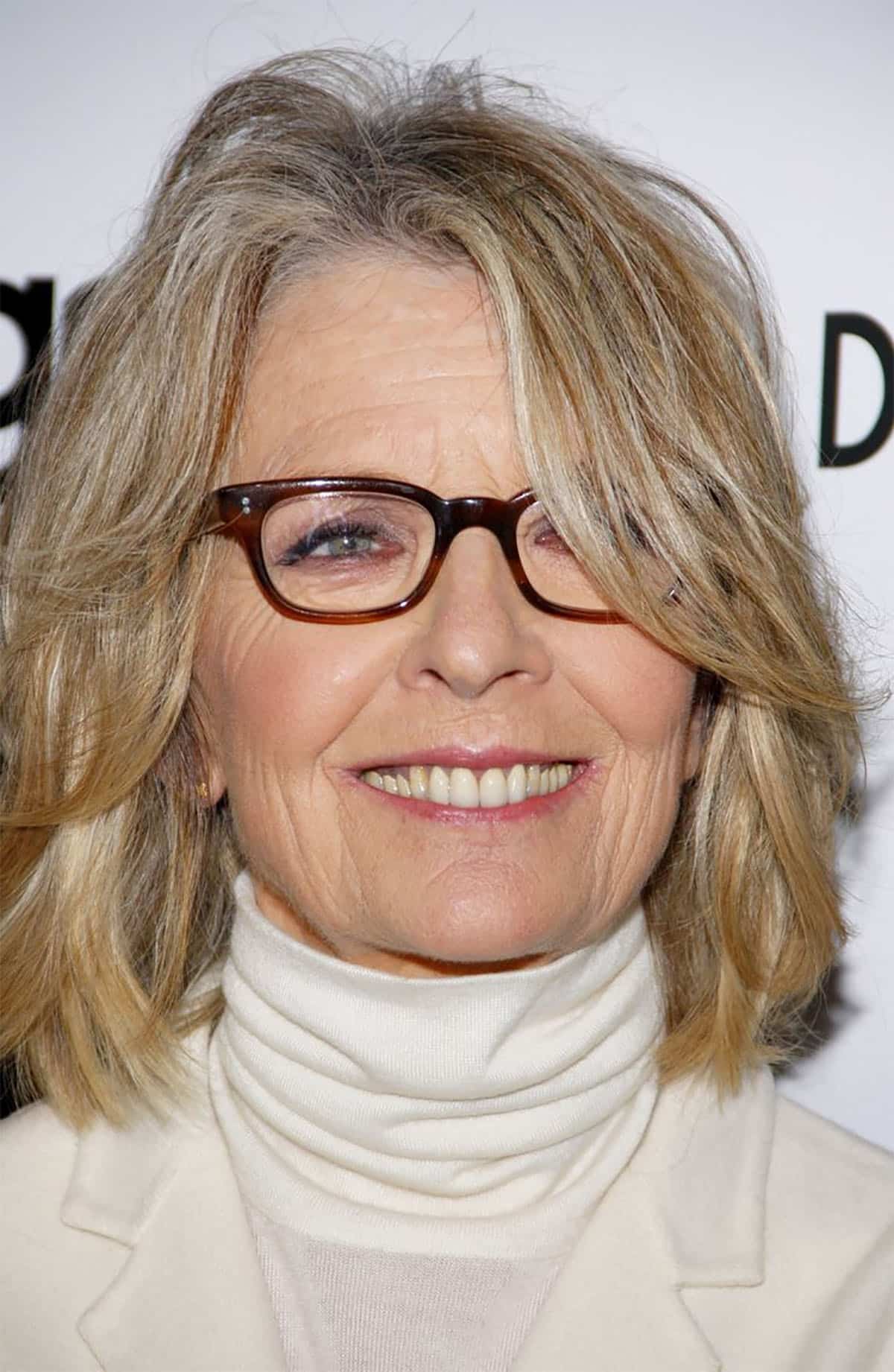 Having secured the status as a Hollywood star since the 1970s, Diane Keaton knows how to dress well for every occasion.

She does not just dress appropriately, but also creatively to remind people that they can look great too in their old age.

You probably know her for the first time in The Godfather in which she played the character of Kay Adams, the wife of Michael Corleone.

While Keaton has grown much older since, you cannot help but to get mesmerized with how well she has aged over the years.