by Factionary 3 weeks ago3 days ago
455views

A 17 years old boy in Malawi, Davis Fletcher Machinjiri, went out to watch a soccer game like any teenager would do on a beautiful spring day.

What happened next is the stuff of horror movies – he was abducted to Mozambique, killed and dismembered, all because Davis was an albino.

According to local police investigating the death of the teenager, “the men chopped off both his arms and legs and removed bones. They then buried the rest of his body in a shallow grave.” 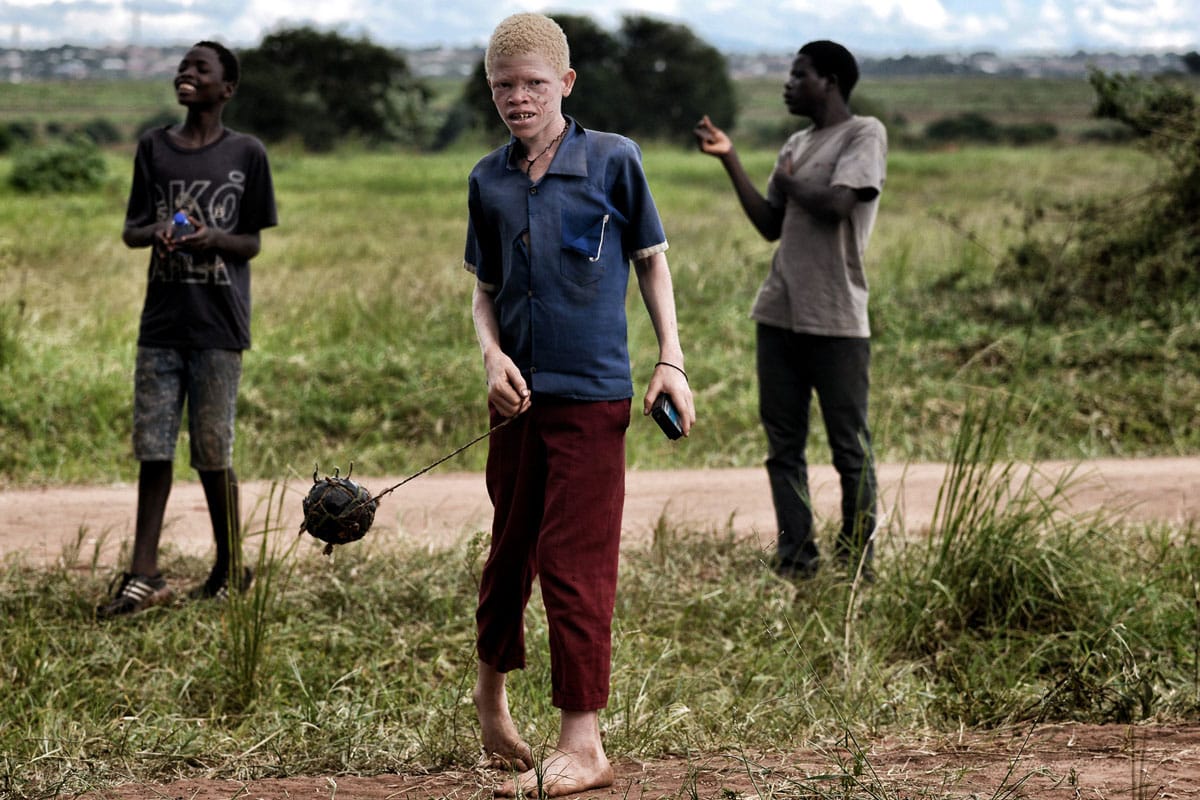 The practice of killing albinos for body parts is widespread in many African nations, with countries like Malawi, Tanzania, Zambia or Mozambique being the most affected.

This abhorrent practice is deeply rooted in superstition. Many Africans believe that potions and talismans made from an albino’s bones or internal organs can bring luck and wealth.

Such beliefs are reinforced by ruthless witchdoctors who claim their wares made with albino body parts have miraculous powers.

They are willing to pay a fortune for a dead albino and sell their products at outrageous prices.

According to Amnesty International, at least 151 people with albinism have been killed in east Africa since 2014.

The latest recorded case is that of a Zambian carpenter, Emmanuel Phiri, 43, father of three, who was murdered on March 25, 2020.

The youngest known victim of this violent practice was a one-year-old boy killed in Tanzania in 2015.

Albinism is a condition caused by a genetic mutation that decreases the production of a pigment called melatonin.  People born with this condition have white skin and hair, and reddish eyes.

Besides social stigma, people suffering from albinism struggle with many health problems, including loss of vision, extreme sensitivity to the sunlight, which, in turn, makes them very vulnerable to skin cancer.

Scientists aren’t quite sure why albinism is more prevalent in East Africa, where 1 in 3,000 people has the condition to some degree, as opposed to 1 for 17,000 in the US.

Some believe it is a random mutation that somehow stayed in the region, while others attribute this to inbreeding.

Facing growing international pressure, local authorities in East Africa have repeatedly tried to put an end to these horrible murders, banning witchdoctors and arresting hundreds of them. 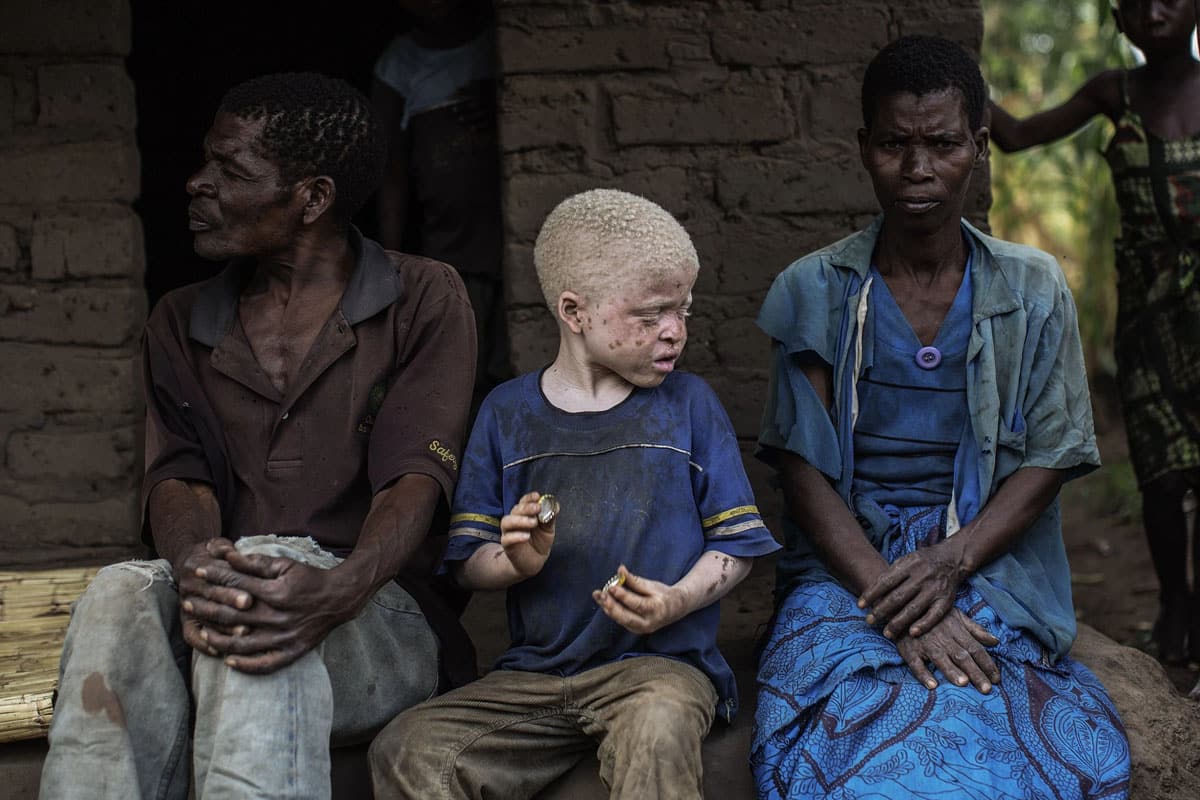 After raiding these so-called healers’ homes, the police discovered an arsenal of weird items, such as lizard skin, warthog teeth, ostrich eggs, monkey tails, bird claws, mule tails and lion skin, all to be used for various cures and talismans.

The crackdown on witchdoctors has failed to bring the expected results. International organizations say the punishments were not severe enough to deter such criminals, but the real reason is money.

There’s too much money in this business, so, despite being threatened with legal action and criminal charges, healers are not prepared to abandon their lucrative trade.

According to the Red Cross, some witchdoctors are ready to pay $75,000 for a dead albino, a huge sum in this part of the world.

One can only imagine how much money they make if they can afford to pay so much.

On the other hand, the idea that they could get rich overnight is motivation enough for some people to hunt down and kill albinos.

There have been cases in which albinos were killed by their own relatives desperate to make money.

Women face the additional risk of being r*ped before they are murdered as, according to popular belief, having s*x with an albino can cure HIV/AIDS.

Even a simple thing like going to buy groceries or sending the kids to school has to be weighed carefully against the potential risks.

Criminals are so brazen they will kidnap an albino in broad daylight given the chance.

A Malawian mother of three children with albinism, Agnes Jonathan, told CNN how she almost lost a daughter to a gang of albino hunters.

Her youngest child, Chakuputsa, was snatched by a group of three people while the mother was out working the fields.

The kid was lucky someone saw what was happening and raised the alarm. The villagers gave chase and at some point dumped the frightened child in a bush and took off.

According to Agnes, one of the people involved in the kidnapping was someone close to her family, someone she considered a brother. 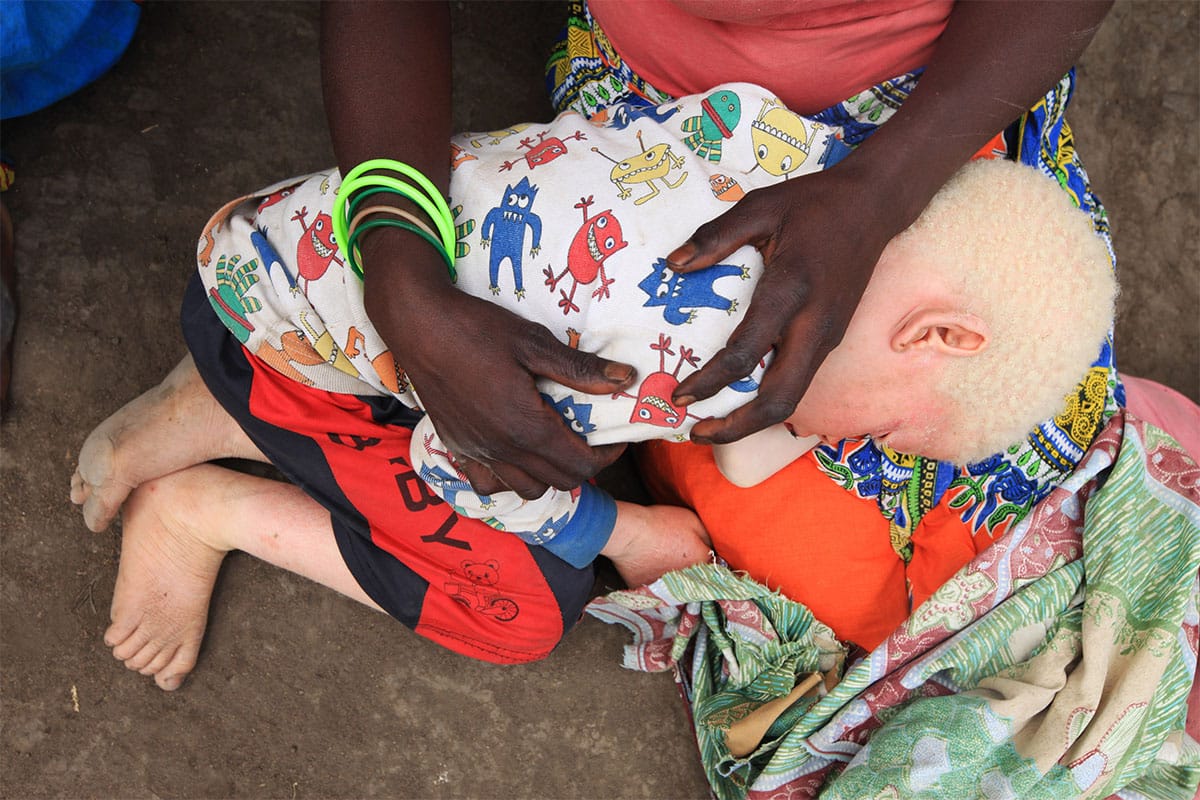 And yet that man was ready to sell an innocent child for body parts.

There are some international associations fighting for the rights and the lives of the albino, but they are faced with an almost impossible task in an area where these people are hunted down like animals.

In some cases, albinos found in a very vulnerable situation are taken to shelters, where they can lead the semblance of normal life.

They don’t enjoy many of the freedoms other people take for granted, but at least they can hope to live to see another day.

However, with thousands and thousands of people targeted by merciless hunters, these organizations are faced with an impossible task. Next week or next month they will hear of yet another killing.

The situation is so desperate that albinos in countries like Malawi are facing extinction.

Ikponwosa Ero, a UN human rights expert who visited the country in 2016 warned that albinos were“an endangered people group facing a risk of systemic extinction over time if nothing is done.”

What is being done is often too little, since, as Ero noted in her report, sometimes stealing a cow can attract a harsher sentence than an attack against an albino.

“Persons with albinism, and parents of children with albinism, constantly live in fear of attack. Many do not sleep peacefully and have deliberately restricted their movement to the necessary minimum,” Ero summed up the life of an albino in East Africa.