It’s been more than 80 years since the disappearance of Amelia Earhart. However, the world is still wondering what happened to the aviation pioneer who became a legend for being the first woman to fly solo over the Atlantic.

Now, explorer Robert Ballard, who unveiled the Titanic believes he has solved the mystery of Earhart’s death, and it was gruesome.

She died alone on Gardner Island, and it’s believed coconut crabs devoured her remains. Another theory says she was eaten alive, not by coconut crabs but by some smaller voracious species of arthropods. 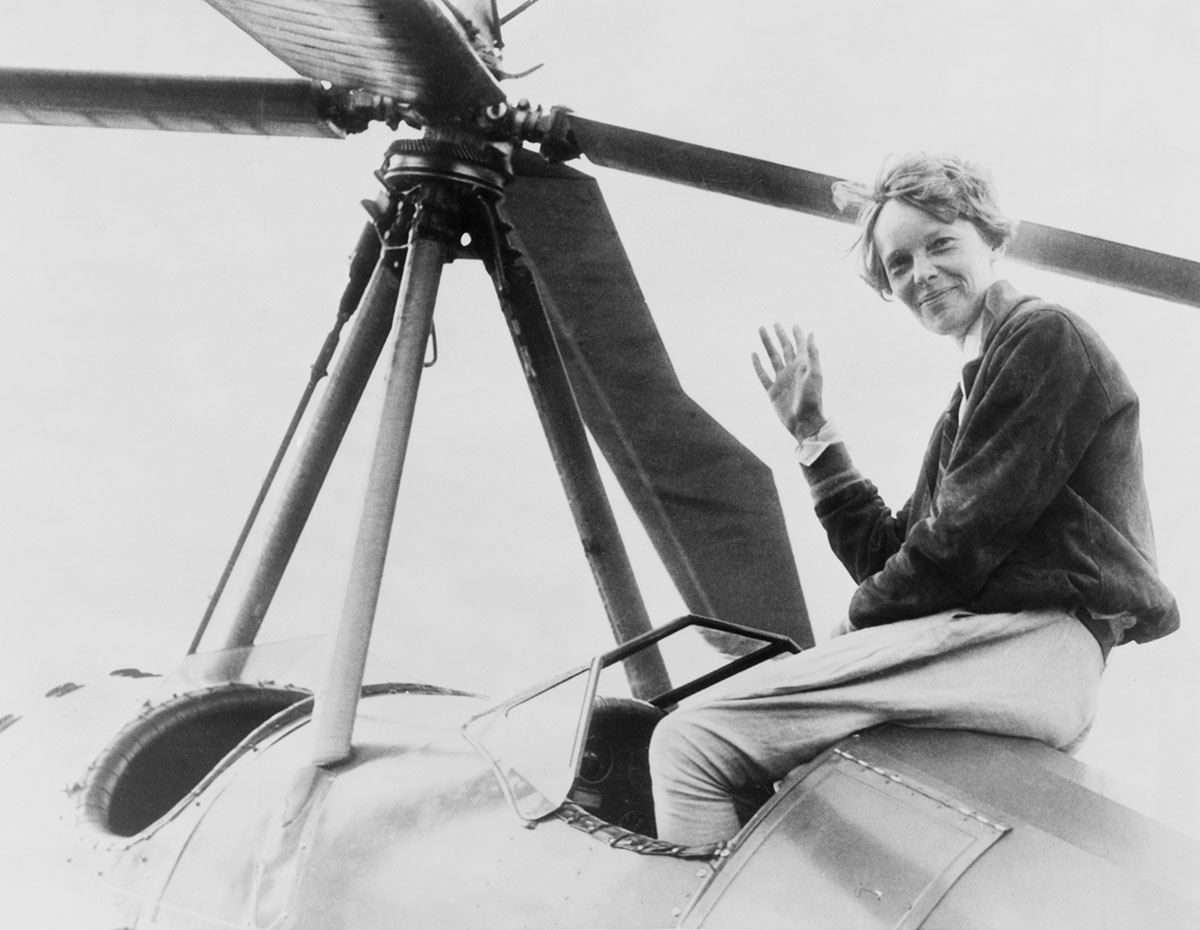 The Fatal Landing On Gardner Island

In 2019, deep-sea explorer Robert Ballard went to the tiny Pacific Gardner Island, today known as Nikumaroro, to search for Amelia Earhart or her Lockheed Electra plane.

This is the place most experts believe the plane ended up on July 2, 1937, when Earhart and her navigator Fred Noonan were six weeks into their trip around the world.

They were expected to reach Howland Island, 1,700 miles southwest of Honolulu, where the U.S. Navy was expecting them.

Only something went wrong, communication with the aircraft was low, and it is believed Noonan somehow missed the tiny Howland Island.

Gardner Island or Nikumaroro is a small piece of land surrounded by a coral reef barrier, and experts believed the two could survive for a few days with the supplies and tools they had on board.

Except she may have spent her last days alone, surrounded by colossal coconut crabs.

The international expeditions on Gardner island concluded it was entirely possible for the Lockheed Electra plane to crash land on the coral reef barrier. 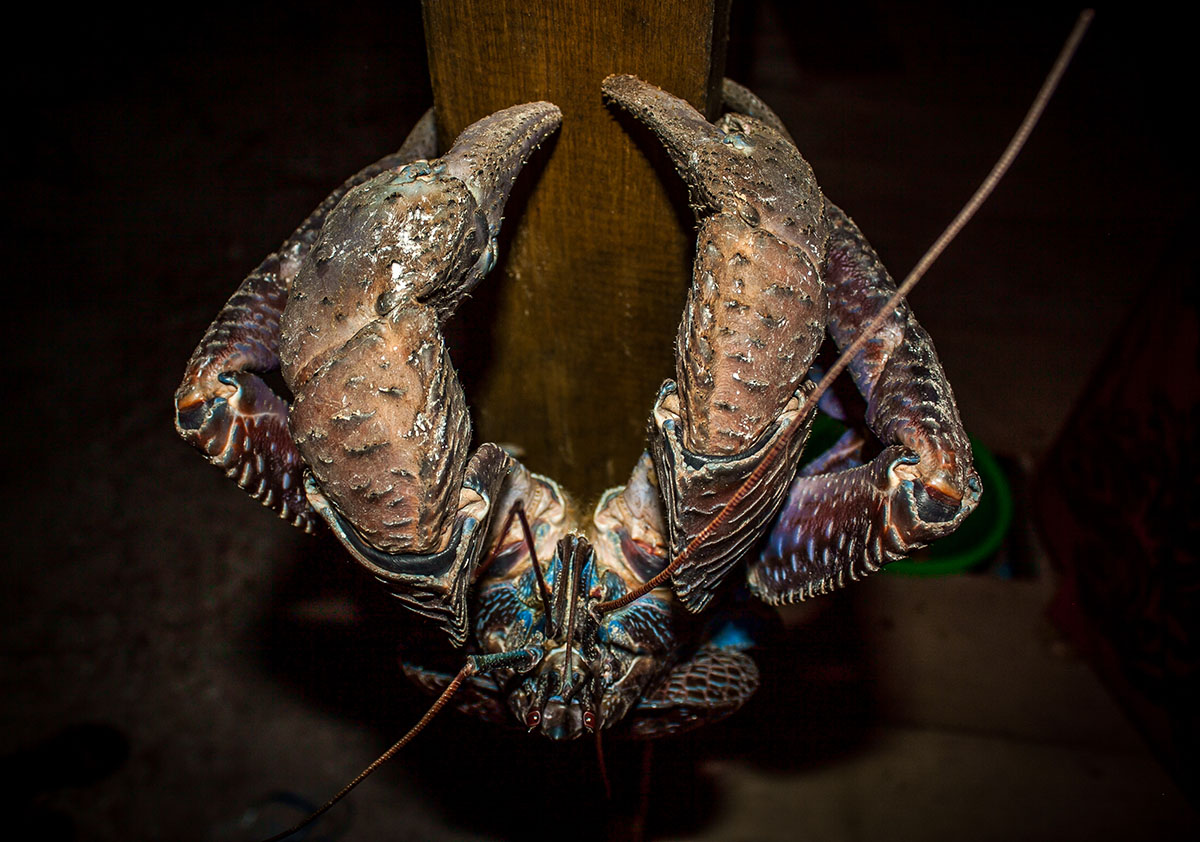 Still, they believed Noonan might have died in the attempt. Why wasn’t the plane found? It was probably washed to sea, they say.

At the time, the island was uninhabited, its most notable dwellers being the coconut crabs, pretty horrifying creatures you wouldn’t want to meet. Ever.

This type of crab can grow up to 3.3 feet long and weigh some 9 pounds at maturity. Unlike any crab you’ve seen before, the coconut crabs can climb up trees when they’re too far from their burrow and need somewhere quick to hide when they spot aerial predators. 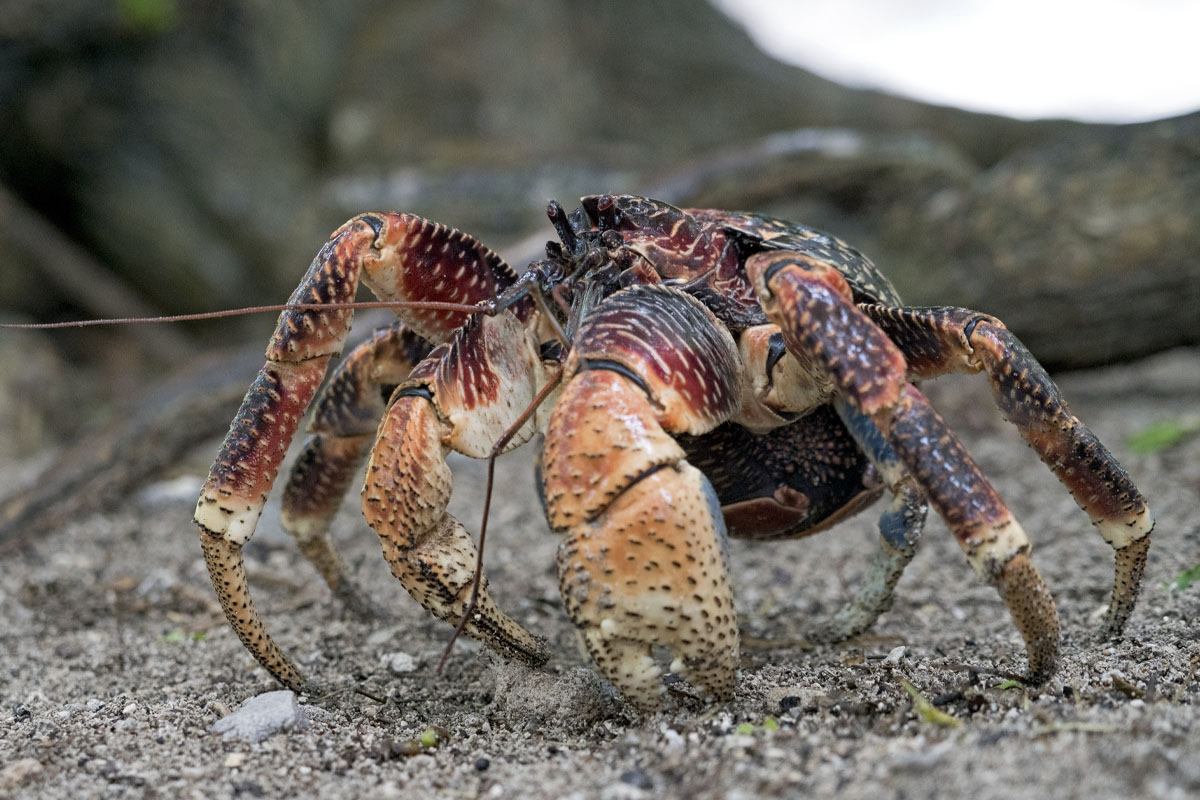 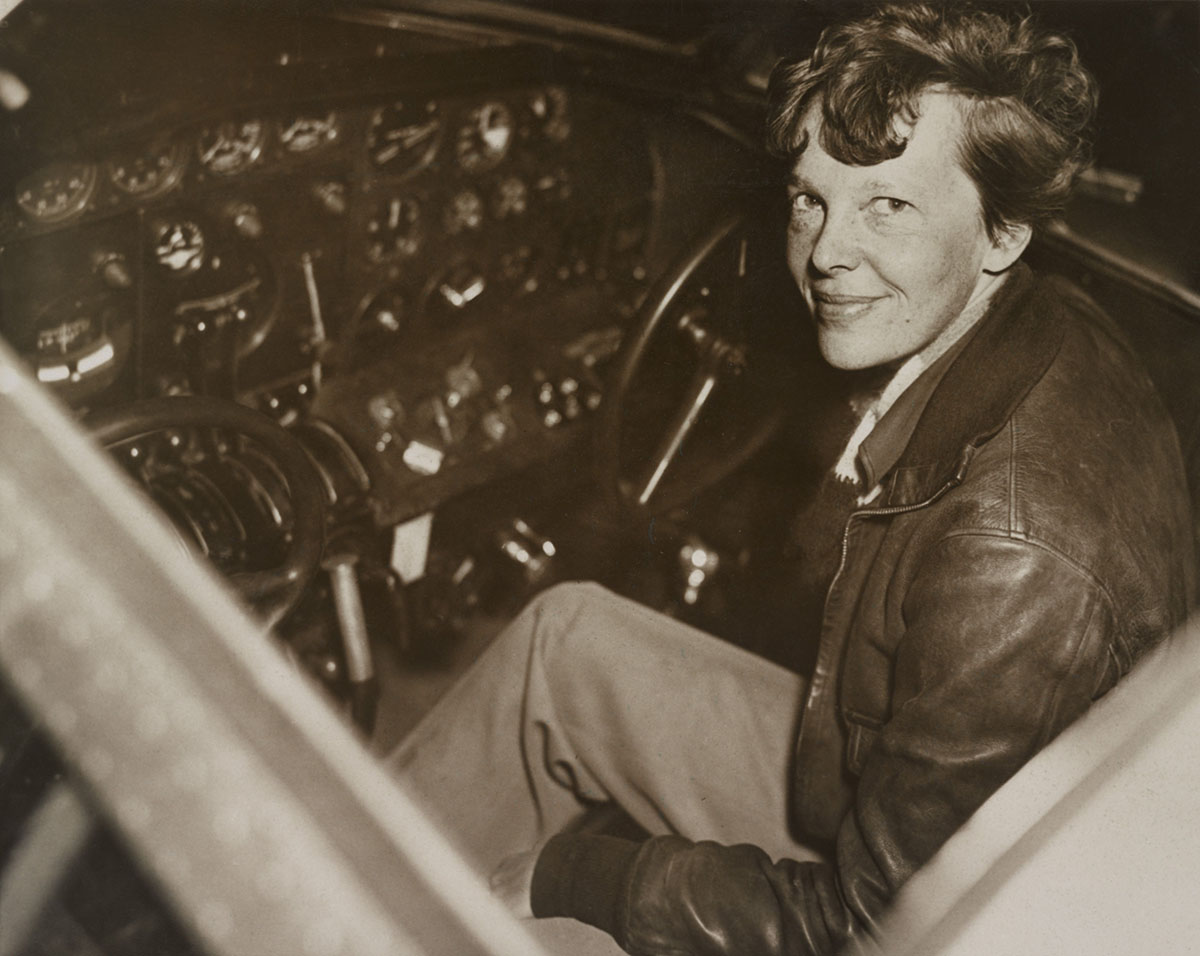 The International Group for Historic Aircraft Recovery (TIGHAR), led by Gillespie, performed an experiment that showed the scientist to conclude that a smaller type of crabs might have played an essential part in the Amelia Earhart mystery.

“Coconut crabs are not aggressive and are really quite shy; the ones she would have to worry about are the strawberry hermit crab,” Gillespie said.

The group left a pig carcass on the sand and watched the coconut crabs devour the meat and scatter the bones. It took them two weeks to dispose of the corpse.

The TIGHAR scientists believe the strawberry hermit crabs could have eaten Amelia Earhart, dead or alive. 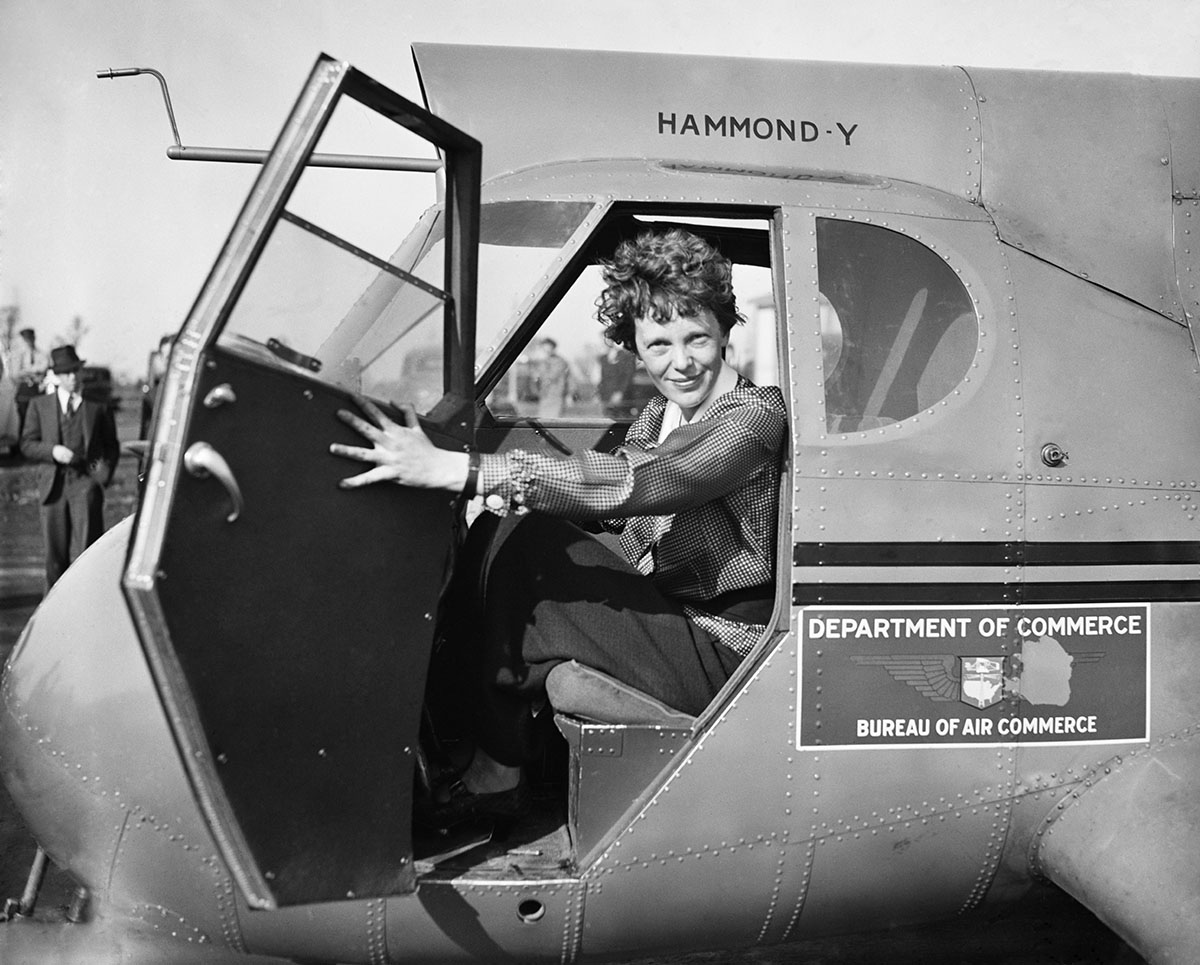 By day, she could have protected herself against the tiny crabs, but they could have attacked her in her sleep.

According to Gillespie, the small crabs have a strong sense of smell and an equally big appetite.

Once the expeditioner sat down for dinner, hundreds of strawberry hermit crabs would come out of the woods, attracted to the food. 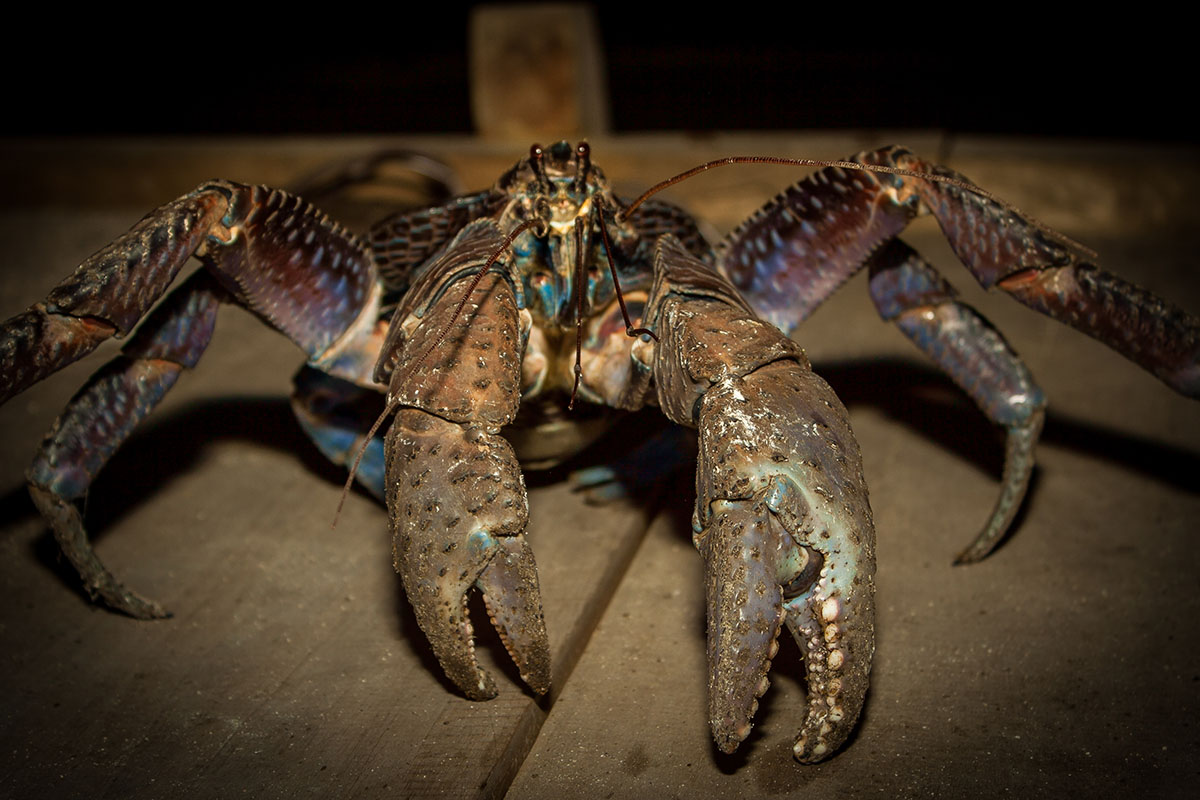 The National Geographic team that accompanied Ballard to the island says they have managed to locate the 13 bones discovered on Gardner Island in 1940.

At present, they are stored at the Te Umwanibong Museum and Cultural Centre in Tarawa, Kiribati. They believe the bones were wrongly classified as belonging to a male.

They plan to reconstruct the skull and conduct a DNA test to establish if they do belong to Amelia Earhart. This could be the final proof needed to solve the mystery that has fascinated America for decades.