by Factionary 6 months ago1 month ago
08.8Kviews

We have often searched for a connection with the dead. Our unwillingness to accept death, the end of all things, is a defensive measure of our minds to prevent our conscious selves from thinking too hard about the inevitable end.

This leads to stress and worry, and some people alleviate that through seances, communicating with spirits to prove that there is a world after and there is life after death.

Some people go too far. The practices of communing with the dead are as ancient as our perception of death.

There are many ways that people choose to do it, and some are flat out wrong on every level. Not just criminal or moral, but wrong in a spiritual sense.

Anatoly Moskvin believed that what he was doing was part of this process, to communicate with the dead’s spirits and give them help from the world of the living.

Anatoly Moskvin was reportedly an avid learner in school. After college at Moscow State University, he led a prodigious career as a researcher with a particular focus.

His focus was on Celtic practices of burial rites and their language, which he helped push forward as a field of study.

He had a massive quantity of books on the subject and helped create academic journal entries regarding his findings. On the surface, some suspected that he was a reclusive genius, choosing to study rather than pursue a social life. 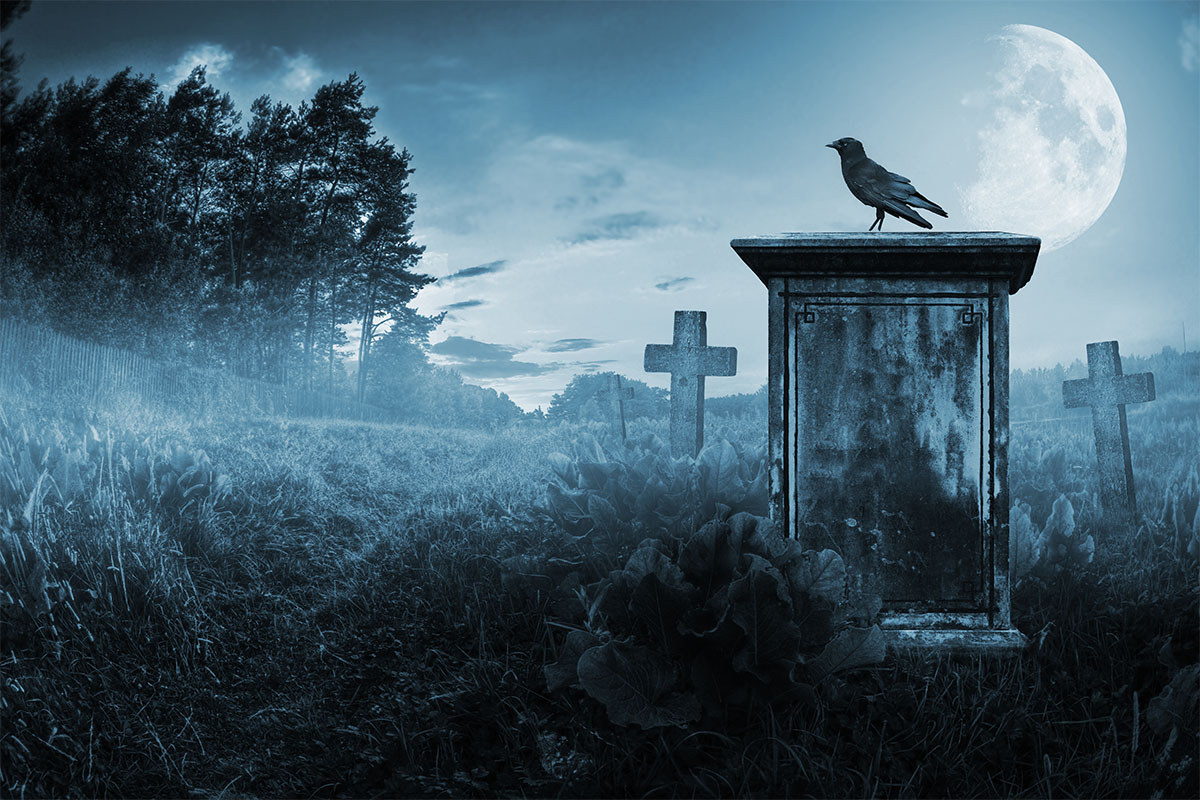 When Anatoly was just a child, a schoolboy, he and his friends would hang out in the local cemetery.

It was there that he confessed his fascination with death, and the dead began as he was ushered into a funeral procession for a recently dead 11-year-old girl.

He was dared by his friends and then forced by an adult out of posterity to kiss the dead girl.

He said he was held down and had to kiss her, noted the wax-like quality of her skin from the makeup, and never forgot or recovered from the incident. From then on, his obsession led to strange actions. 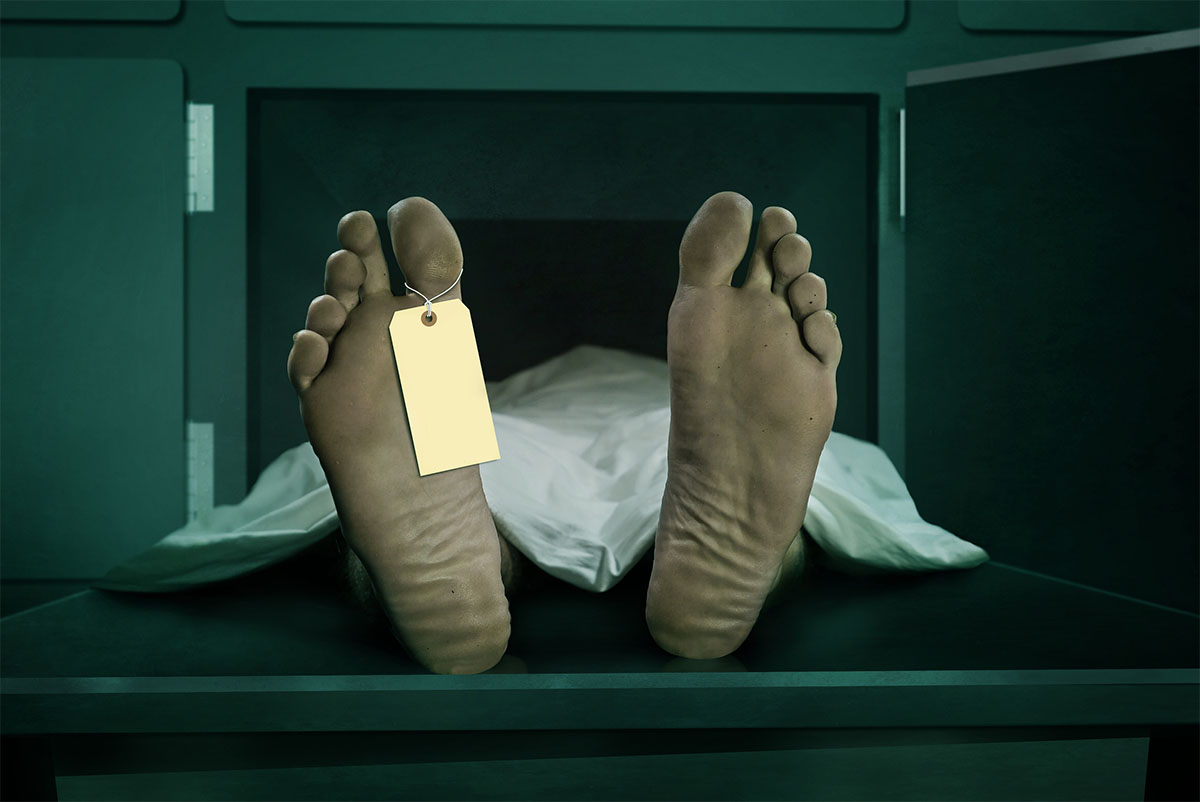 Moskvin did show brilliance in his work. Though he exclusively focused on the dead, death, dying, and souls’ physicality based on works of ancient cultures, his work was considered academically top-notch.

He spoke 13 languages at the height of his career and was entrusted to some of the most prominent and strange series of tasks for the sake of academia, which he fulfilled without question. 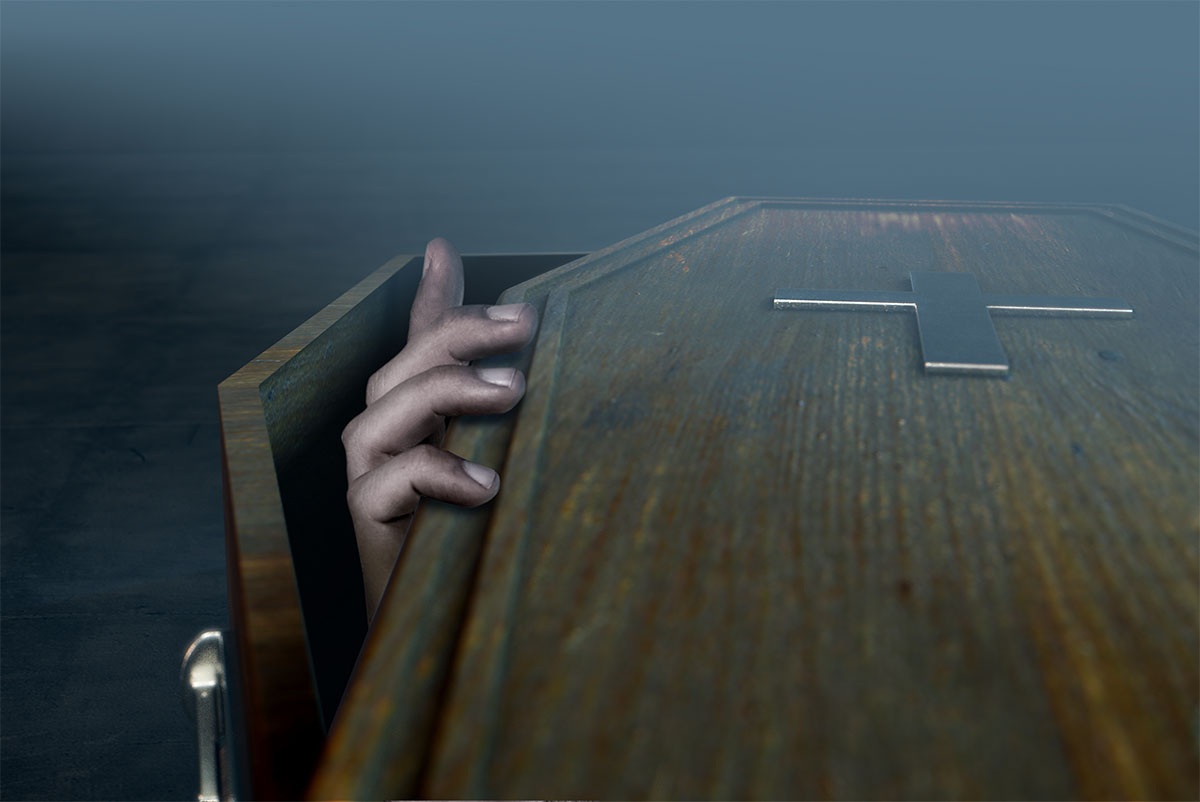 Moskvin was given a task by a publisher named Oleg Riabov to catalog the dead in over 700 cemeteries in the Nizhny Novgorod Oblast region, where his home city was located.

Moskvin claimed that he walked 20 miles a day from place to place to find each one, some of which were hidden or in disrepair, and would drink from puddles on the road and sleep in abandoned barns.

At one point, he even slept overnight in a coffin that was there for a funeral. Though his findings were never published, the work he did was used by others and was cited as invaluable. 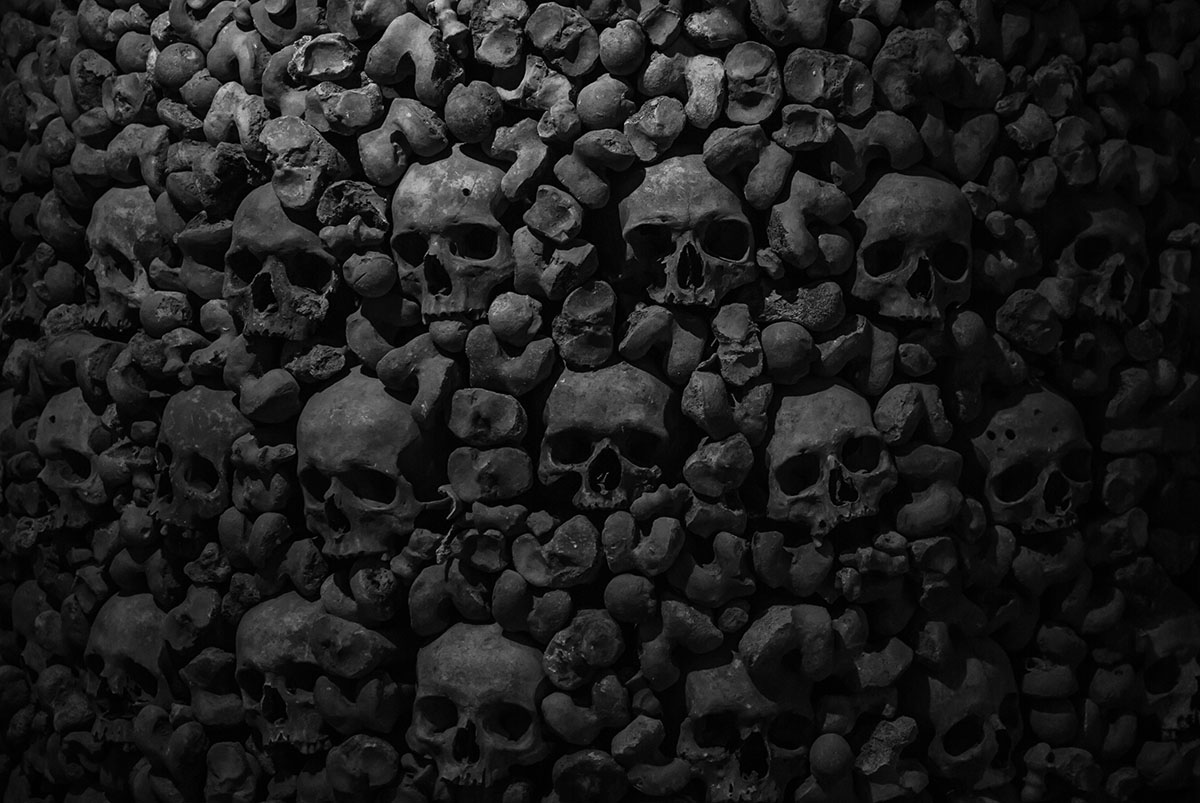 Moskvin was noted as being very peculiar. As an academic and occasional journalist, his credentials allowed him to avoid any trouble with authorities when he was caught doing strange things or for vagrancy during his two-year cemetery expedition.

He lived with his parents and preferred solitude in his shared apartment and garage.

His peers well respected that privacy. They never thought he could do anything wrong but be an odd fellow obsessed with death. 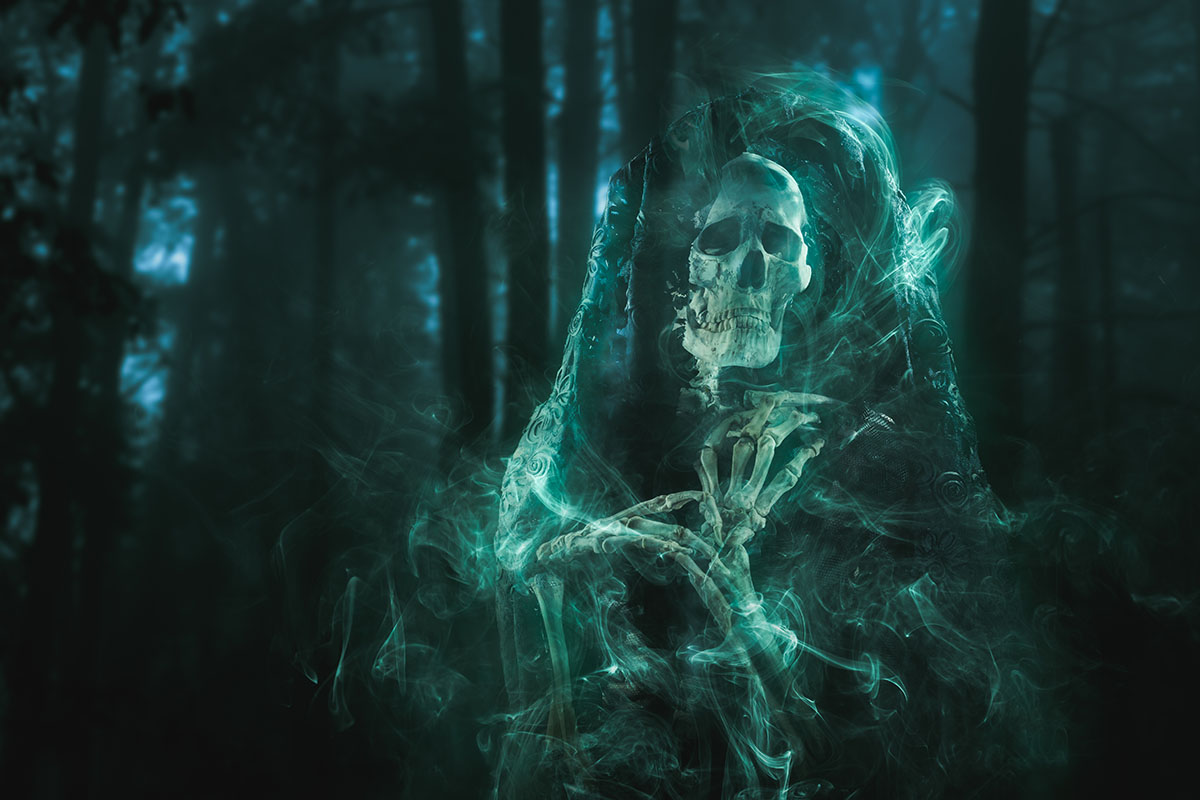 Moskvin’s obsession led to a strange progression of practices. He learned that the Celtic druids would sleep on top of graves to talk to the dead in their dreams.

A similar practice came from a Siberia culture, the ancient Yakuts, which originated from modern-day Turkey.

So he tried it. And he got results. In his mind, he could hear the voices of the dead and understood their torment. So he went about helping them. 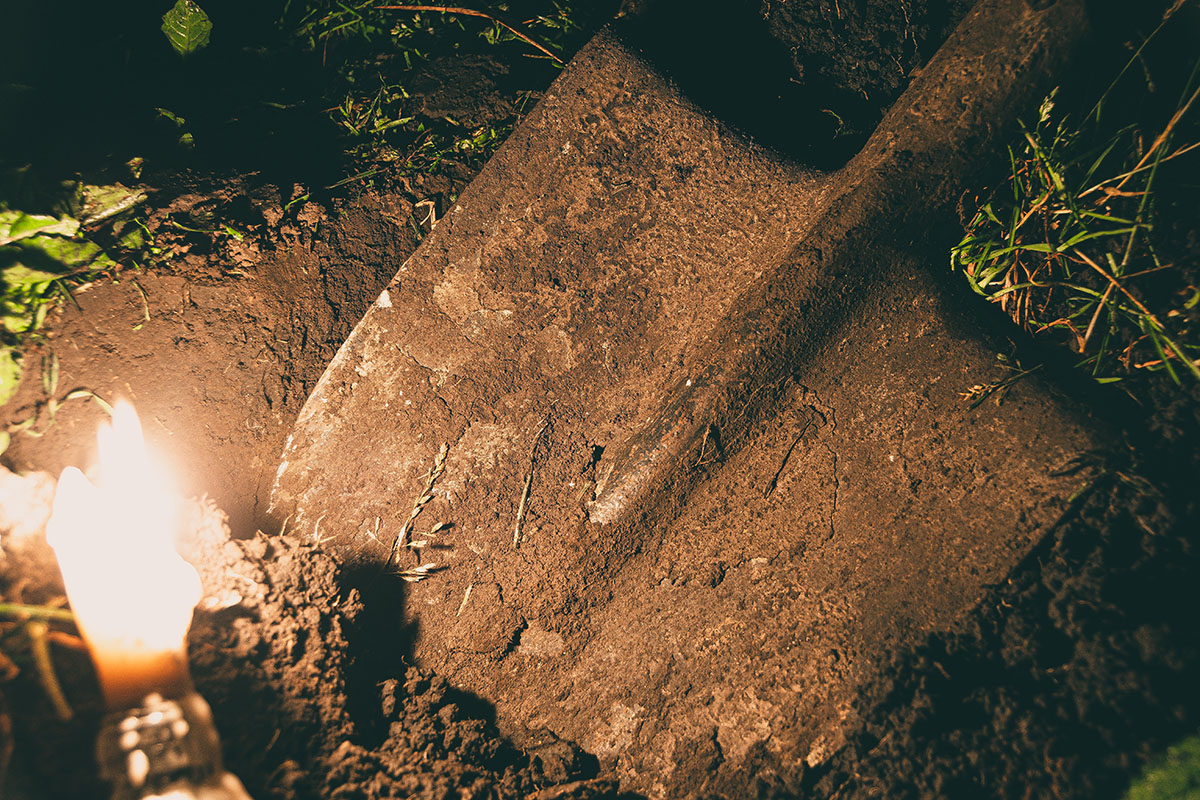 For nearly ten years, Moskvin would dig up the bodies of people – primarily women and mostly children – and bring them back to his home, where he would then mummify them with a solution of salt and baking soda.

Sleeping on their graves was becoming too dangerous and too draining to his health. Keeping them in his home was the next best option, and in his mind, a far better one.

He was convinced that he gave the spirits greater peace than what they had by having their bodies in his home.

He didn’t just store their raw corpses in the open, though. Moskvin took to disguising the bodies as handmade, lifesize dolls.

He wrapped the bodies in bandages, stuffed the torsos with an extra cloth to make them fuller, put wax masks over the faces painted up to be pretty, and even adorned them with wigs.

The purpose was to give the children comfortable bodies to return to once their spirits bridged the worlds’ gap. He wanted to help them because, in his mind, that’s what they told him they wanted.

Moskvin took care of the bodies he kept like they were children. Specifically, his children. After being buried and abandoned for so long, he wanted to show them that there could still be joy in life.

He celebrated their birthdays and holidays on their behalf. He even collected their names and nameplates from the graves he took them from to call them by who they were.

Those grave desecrations led to an investigation, and in the end, Moskvin was found with 26 corpses in his home. The whole time, his parents just thought he had an odd hobby of making dolls.

Moskvin was arrested in 2011 but was deemed mentally unfit to stand trial. After several years of observation and assessment in a mental hospital, he was diagnosed with a type of paranoid schizophrenia.

He was declared incapable of discerning reality from the world of talking spirits and druidic rituals in his head.

He didn’t just learn about the ancient practices; he believed them. Moskvin even knew he was committing a crime but that he was doing it for a good reason.

He thought they were calling out to be rescued and that helping the dead move on was more important than obeying the law.