by Factionary 2 months ago1 month ago
025.9Kviews

It was June 20 of 2001 when Russell ‘Rusty’ Yates went out of his house as he usually did to work.

His wife, Andrea Yates, was left alone at home for the total amount of time of a single hour while his mother arrived home to assist her with her motherly chores: they had five children together, of ages ranging from seven years to six months.

However, in this short period of an hour, Andrea quietly and calmly murdered her five children by drowning them in the bathtub, one by one.

But why did she do it? And exactly, how could she?

In this horrendous case of filicide (the murder of one’s children), there are many loose ends and instances of negligence, and we will review them all as we list ten facts on the story of Andrea Yates, mother, and murderer.

10 The Beginning Of A Disease

Andrea Yates was seventeen when she first became depressed and talked with friends about killing herself in 1981.

She struggled with clinical depression and more or less severe psychotic breakouts throughout her life as a young adult, but things only got scary after she met and married Rusty Yates in 1993.

Both assured friends and family that they would have as many children as God intended to give them, and their first son Noah was soon born after less than a year in 1994. 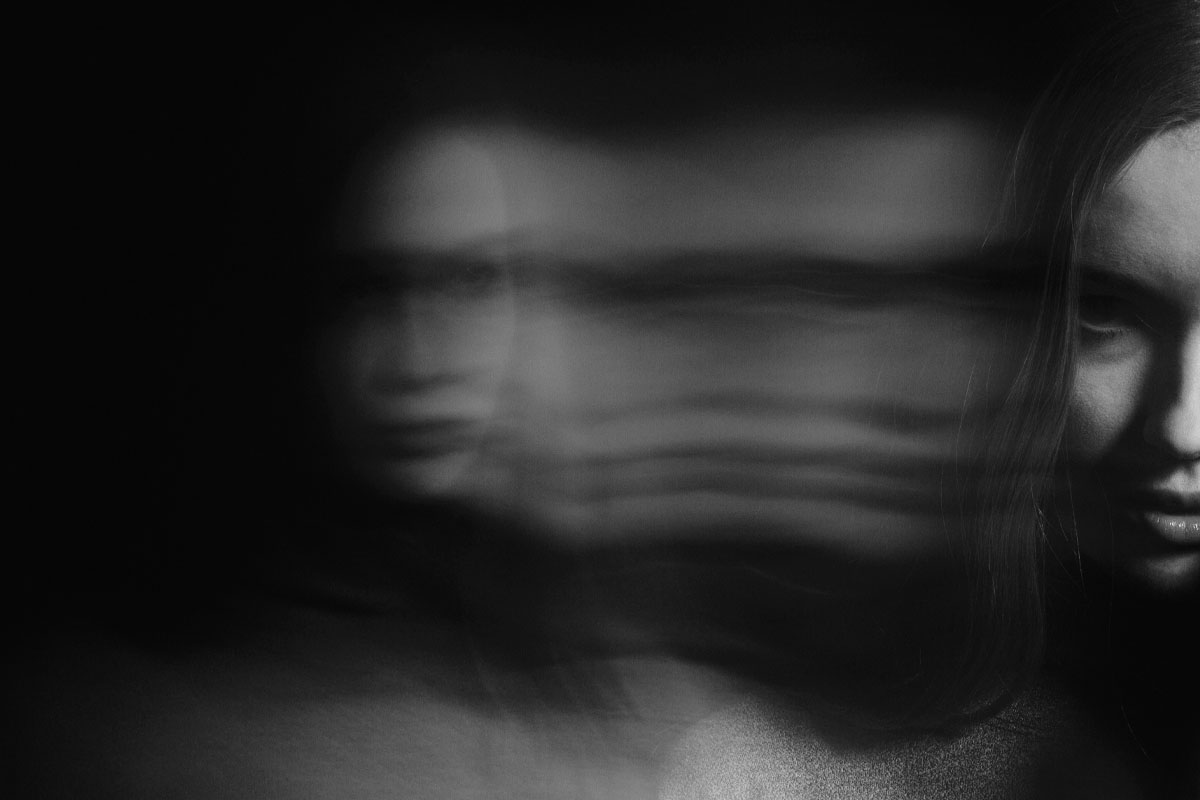 At first, it seemed as if Andrea was a good, if overly-protective mother, but things started taking a darker turn with each of the children that the couple had: her depressive states became longer and the psychotic outbursts more severe, and she started chewing her fingers, harming herself and even becoming catatonic and unresponsive when fully experiencing a psychotic episode.

By 1999, she had attempted suicide at least two times, one of them holding a knife against her throat while asking Rusty to let her die. 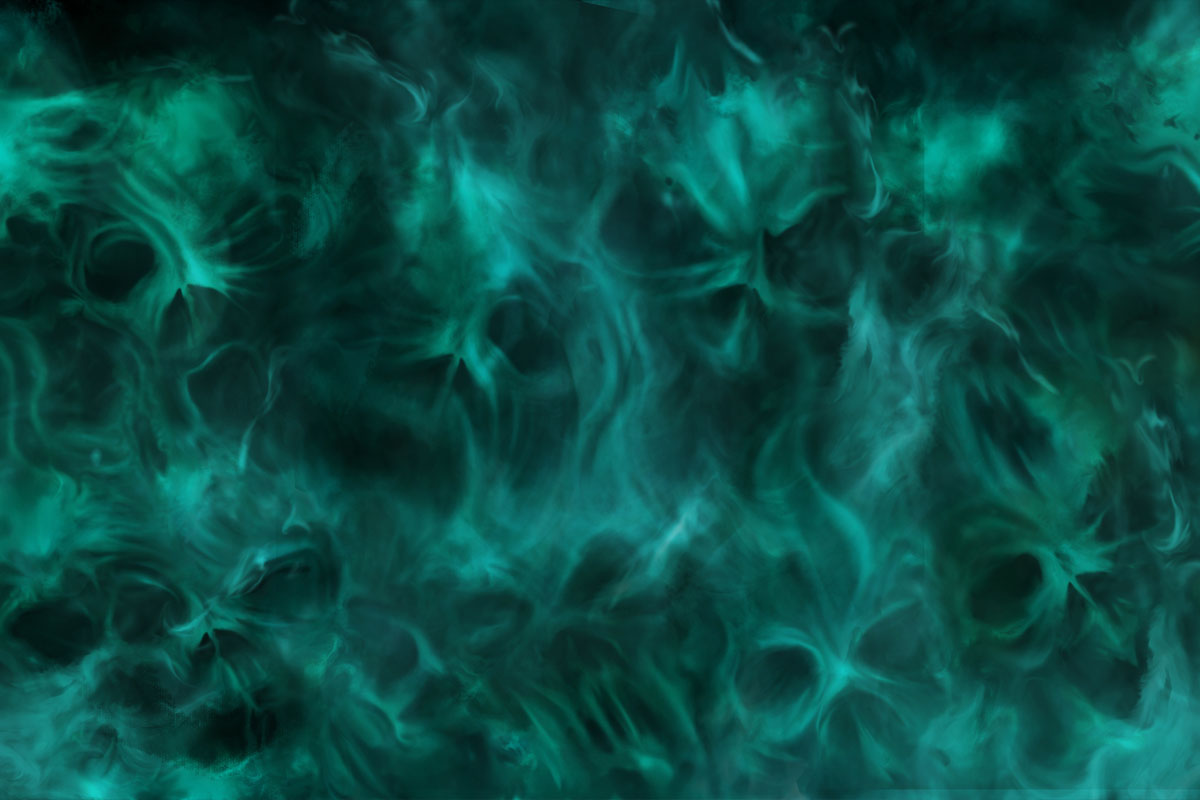 The extreme religious beliefs of Andrea and Rusty influenced Andrea’s psychosis, which started to take a religious turn.

In particular, the press paid a lot of attention to the relationship that the couple had with an itinerant preacher named Michael Woroniecki, whose message of last-days, fire-and-blood Christianity got to the frail mind of Andrea and started to make her see Satanic influences everywhere.

She also began to worry more and more for her children’s souls, which she thought was doomed to live in a sinful world. 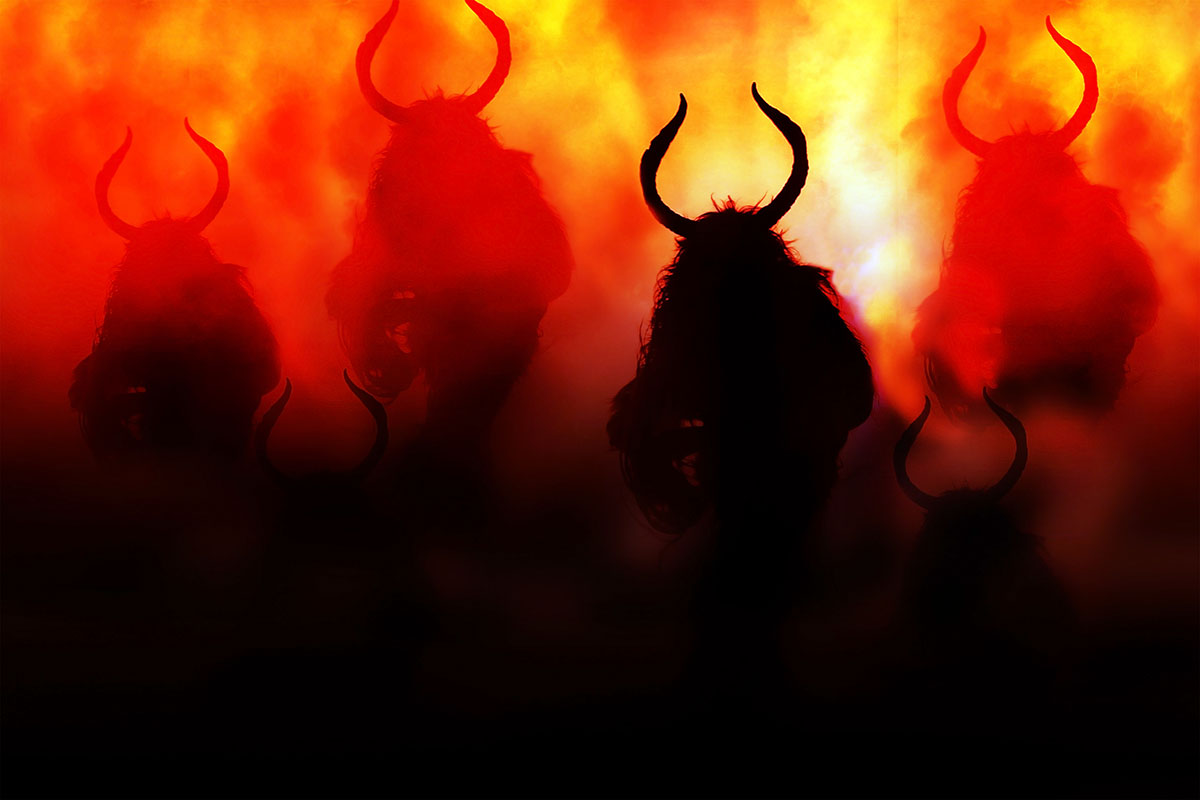 Soon, a new idea took form in Andrea Yates’s mind: Satan was living inside her and making her be a bad mother to her children to the point where none of them could be saved.

As a side-belief, she also thought that governor George W. Bush (she never seemed to know that he became president), in her eyes a true Christian, was looking for her to put her to death for carrying Satan inside.

Years afterward, already in prison, she would say to her psychiatrist: “My children weren’t righteous. They stumbled because I was evil. The way I was raising them, they could never be saved. They were doomed to perish in the fires of hell.”

Indeed, it seemed to be the act of bearing children that most disturbed the mind of Andrea.

After her last child, Mary, was born, she often became completely catatonic and stopped feeding her (and upon her relative recovery from those moments, repeatedly nearly choked her while trying to feed her) because she had stopped taking her antipsychotic medications to be able to get pregnant in the first place.

She was frequently hospitalized, and her psychiatrist ordered never to leave her alone with her children because she started having homicidal ideations. 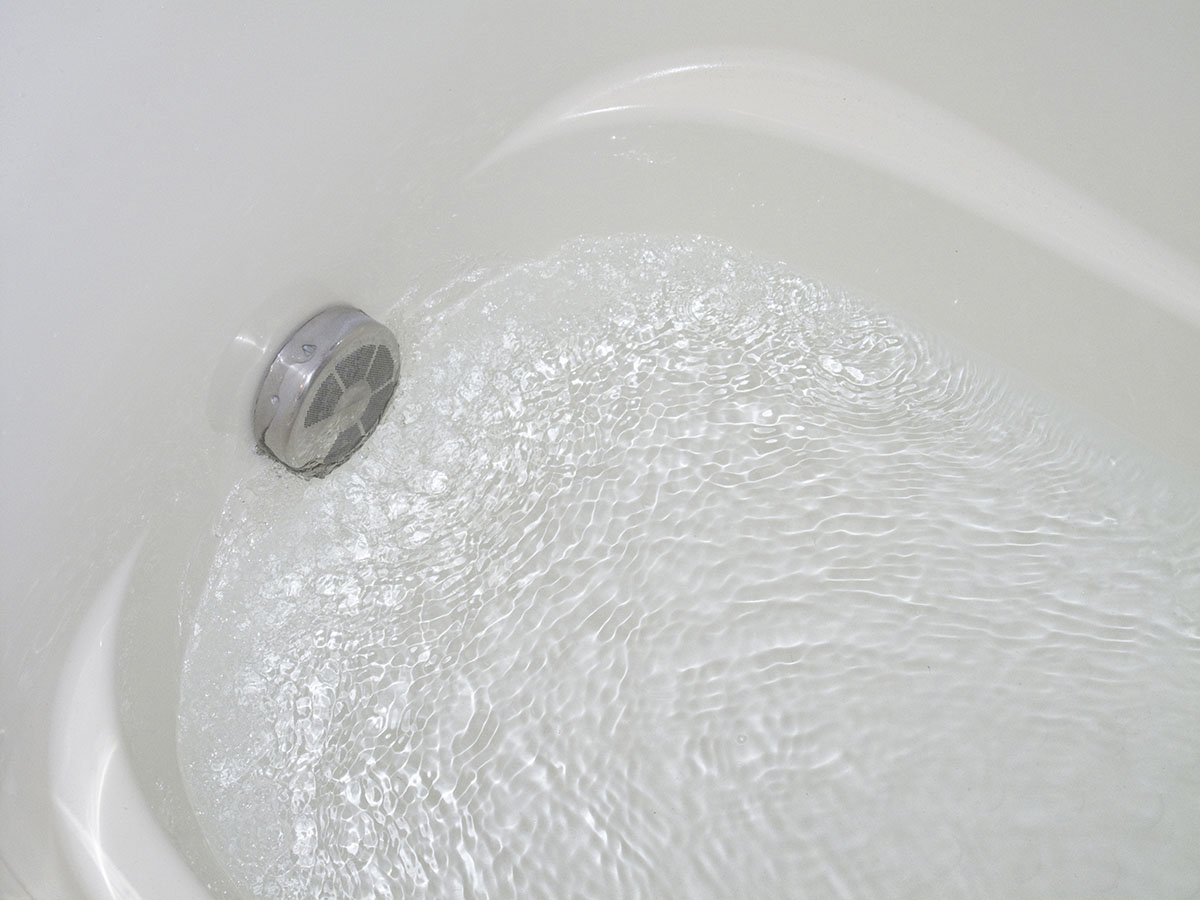 That was, however, precisely what Rusty did: he announced to his family that he intended to start leaving Andrea alone with more frequency because he didn’t want her to be ‘dependent on him.

That is what happened on the fateful day of the murders, and Andrea didn’t miss the chance: she went ahead and locked the family dog away, so it wouldn’t bark at her while she did what she was planning to do.

Then she walked towards the bathroom and started filling the tub.

According to her accounts, she began with three-year-old Paul, whom she preferred over the rest of her children because he was “the least trouble.”

She went to the kitchen where all of her children were having breakfast, and he took him with her to the tub, where he drowned him.

She then dressed him in dry clothes and put him in her bed as if he were sleeping.

This is the procedure that she followed for Luke, John, and finally, Mary, who was six months at the time and thus the most vulnerable of them all. Only the oldest child, Noah was, still alive by this point. 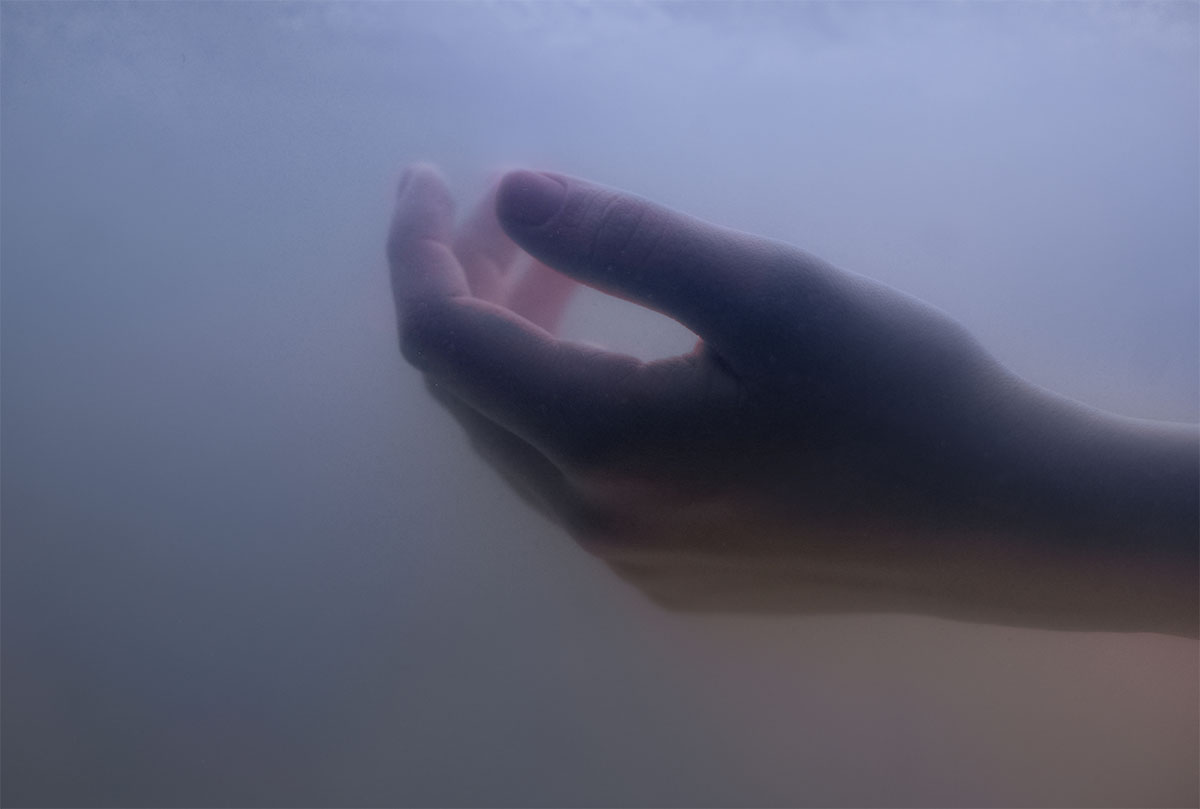 3 The Death Of Noah

As he was older, though, he smelled something fishy after all of his brothers and his sister had all gone with his mother without any of them coming back.

He went to the bathroom on his own, only to find Mary floating in the bathtub, dead: upon asking what was wrong with her, he sensed the truth and started running.

His mother pursued him, and one can only imagine the horror that he felt as she began to drown him. Unlike the others, he was left floating in the tub.

After killing all of her children in less than an hour, Andrea Yates called his husband on the phone and asked him to come home. She also called 911 in a disoriented state.

When the police arrived, she led them to the room where she had arranged all of her children (except Noah) as if they were sleeping and answered the officers’ questions on their deaths, effectively confessing to murdering them.

Her husband arrived a few minutes later to find his family destroyed.

Though she was first sentenced to life with the possibility of parole after forty years in 2001, Andrea Yates, now 56, lives today in Kerrville State Hospital after she was retried in 2006 and found innocent because of insanity.

Rusty Yates still is in contact with her, even though he filed for divorce after her sentence and later remarried.

Andrea seems to have been forgiven by every family member except for her children, who can’t forgive her because she killed them all.