by Factionary 2 months ago2 weeks ago
23.4Kviews

It is hard enough to make your first million, unless you are born to a family already loaded with fortunes.

Many young women out there are related to billionaire parents or grandparents running their business empires and gigantic corporations with annual revenues in the range of hundreds of millions if not more.

Few are members of royal families who will naturally inherit large sum of wealth in addition to the steady stream of income every year to fund their typically luxurious tastes.

Some people say you cannot enjoy all the good things at every point in life, but apparently for the following women, wealth and beauty go hand-in-hand just fine. What they have is, let us admit, the envy of the world.

Although their income is not always tied to daily job of any sort, they are pretty active in various social organizations and business ventures, which can only add to the massive pile of money already in their possession. 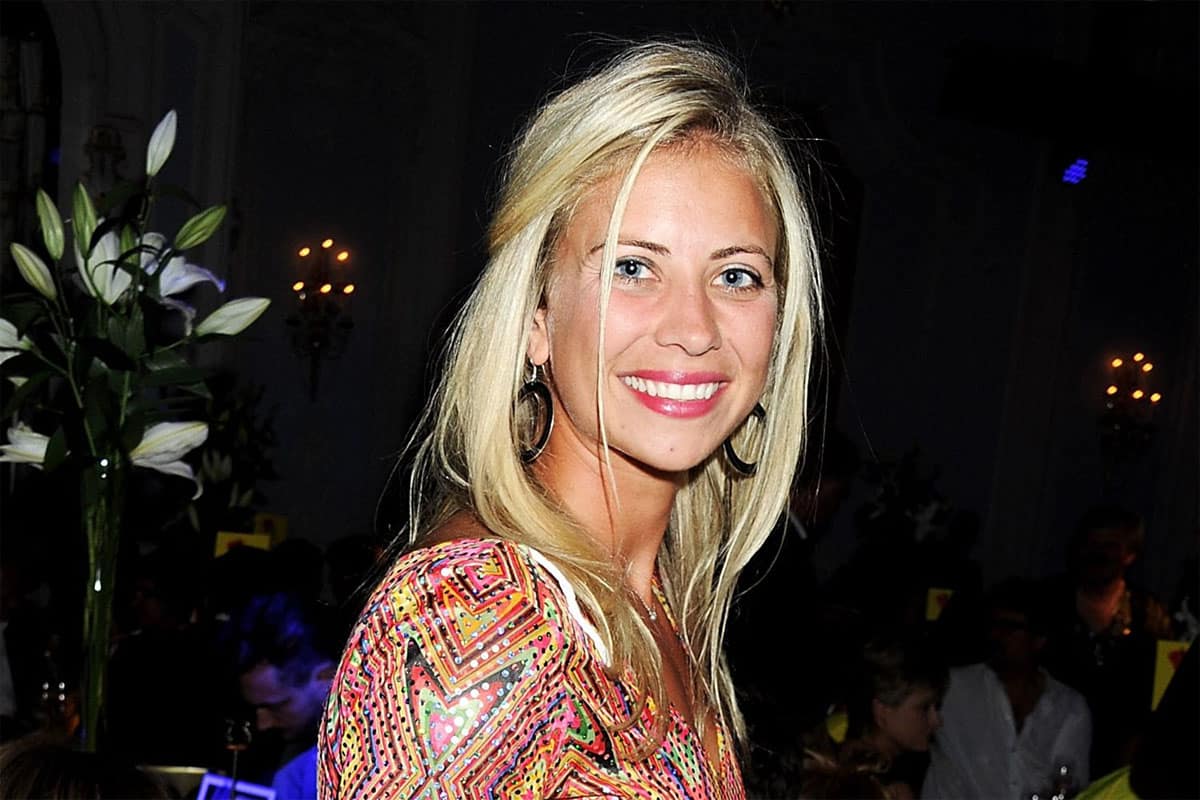 As the daughter of Sir Richard Branson, it only makes sense if Holly Branson is an executive at Virgin Group and Virgin United.

She has more than enough already to live a wonderful life working at the company his father co-founded, but it does not stop her from pursuing career outside of the business.

Apart from her steady jobs at Virgin Group, Holly Branson also is a doctor, philanthropist, and the author of WEconomy: You Can Find Meaning, Make A Living, and Change the World. 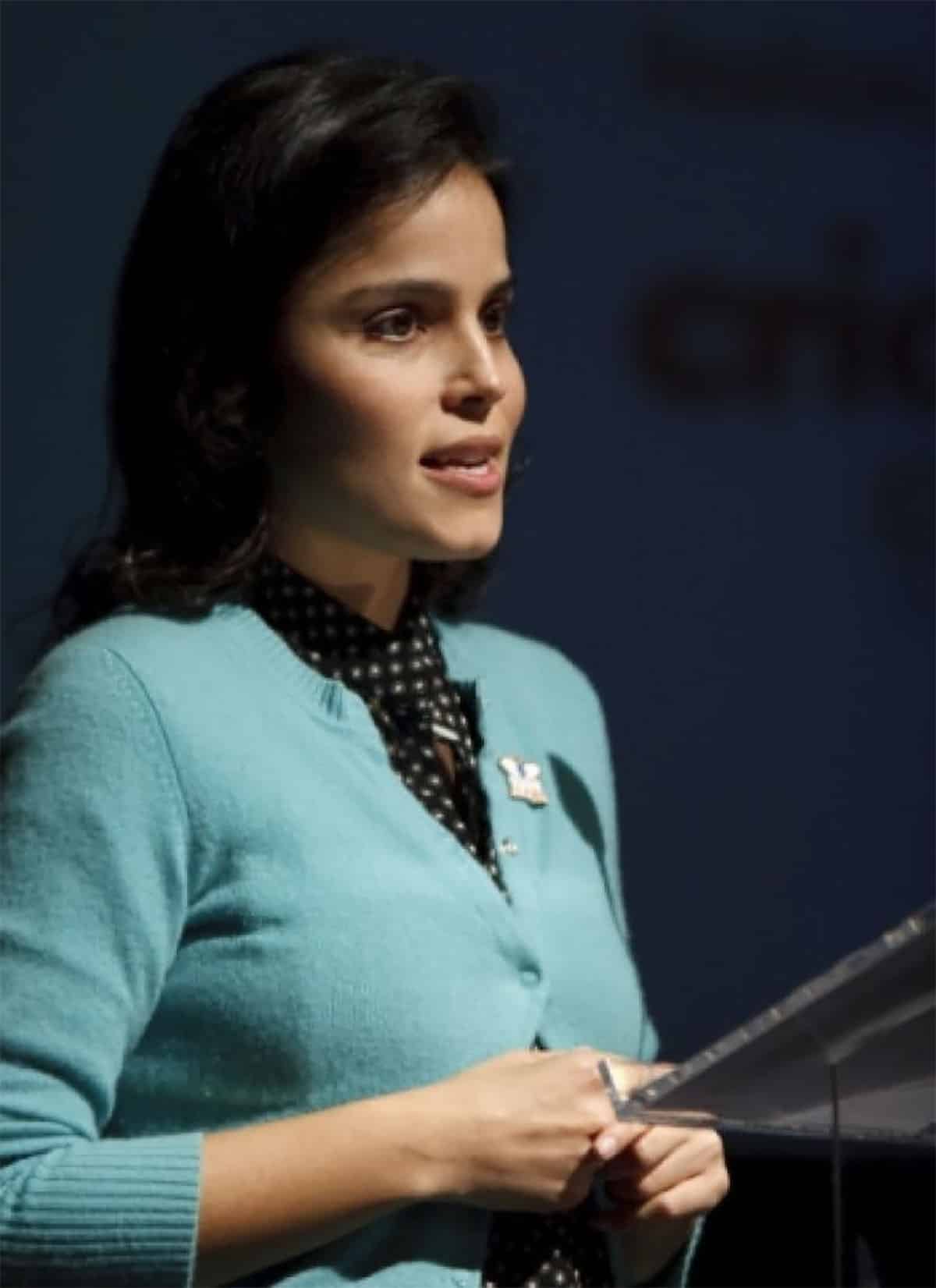 With a net worth of US$ 1.6 billion, Ana Lucia de Mattos Barretto Villela easily is one of the richest people in Brazil, and anywhere else for that matter.

She is not wealthiest in the world, but it is safe to assume that her future is bright.

Her great-grandfather founded the bank Itau, which in 2008 merged with Unibanco to form Itau-Unibanco and created the largest private sector bank in Latin America.

She became a shareholder of the bank following her parents’ death in a plane crash in 1982. She was only 8 years old back then. 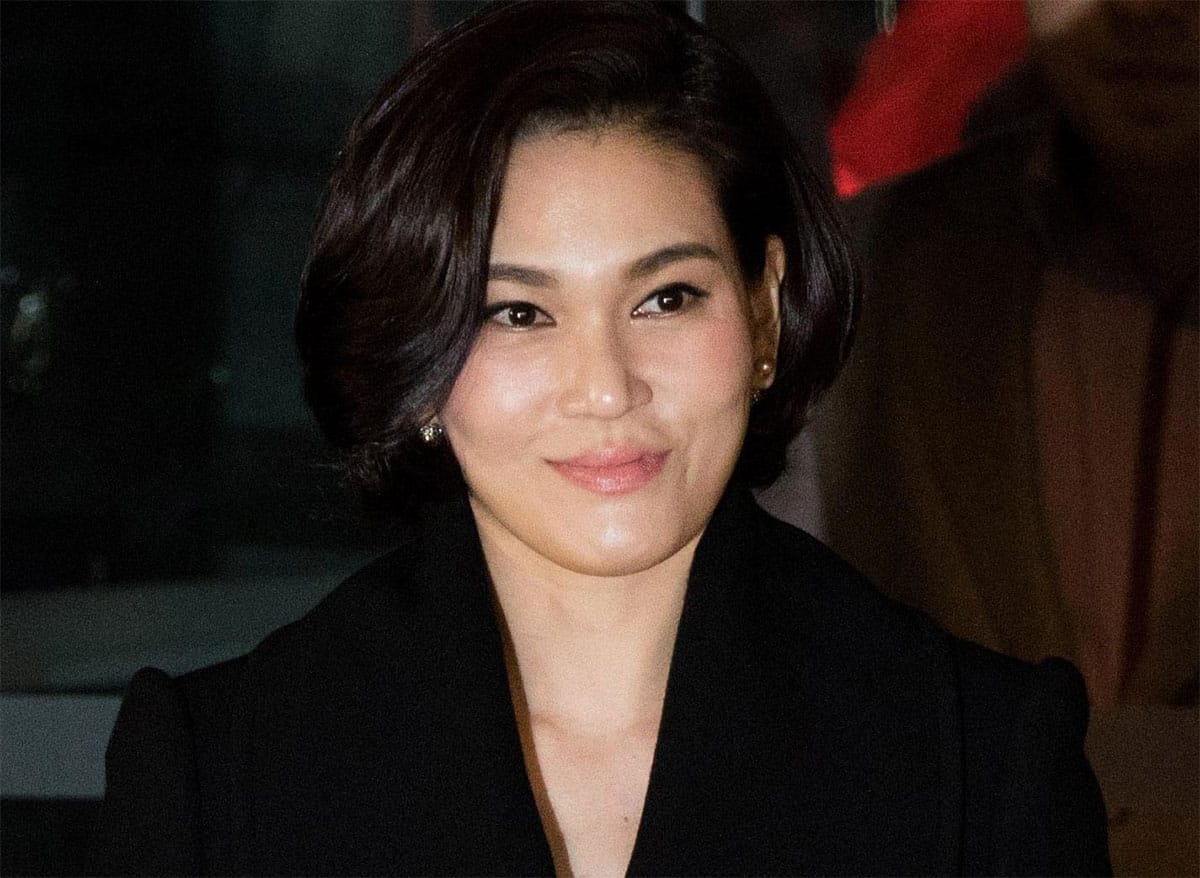 Lee Kun-hee is the chairman of Samsung Electronics. He also founded a charity known as the Samsung Welfare Foundation.

The person to oversee the charity is Lee Seo-hyun, his daughter. She also leads the advisory board at Samsung Museum of Art in Seoul.

In 2002 after graduating from the Parsons School of Design in New York, she joined Samsung Group’s Cheil Industries as manager.

Lee Seo-hyun became an advisory board member of the Council of Fashion Designers of America in 2010; she is the first Korean to make that achievement. 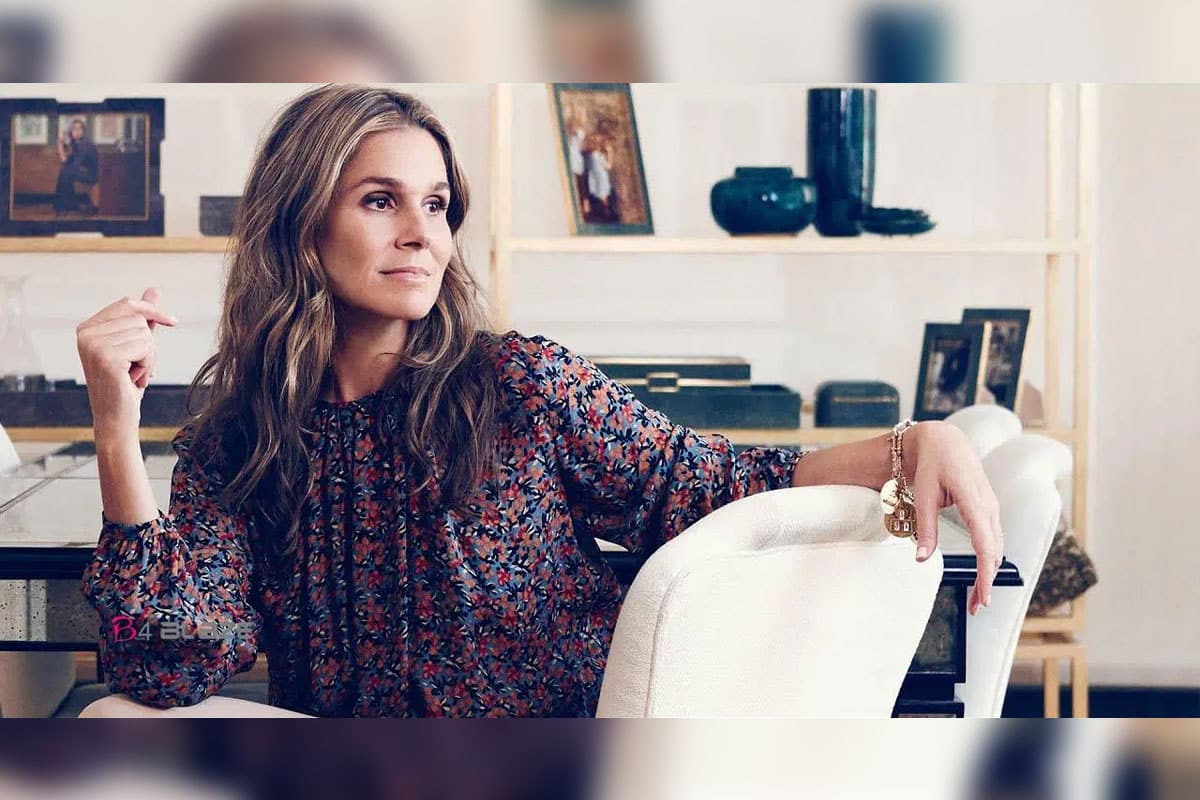 The style and image director at Estee Lauder is none other than Aerin Lauder, the eldest daughter of billionaire Ronald Lauder.

The cosmetic firm was founded by her grandmother. Aerin has worked at the company since 1992, and she actually served as board member for more than a decade.

In 2012, she founded AERIN Beauty, a luxury lifestyle brand that sells just about everything from handbags to lamps.

Now the products from the brand are available in 40 countries worldwide. Not so long ago, she also launched a new line of bath products. 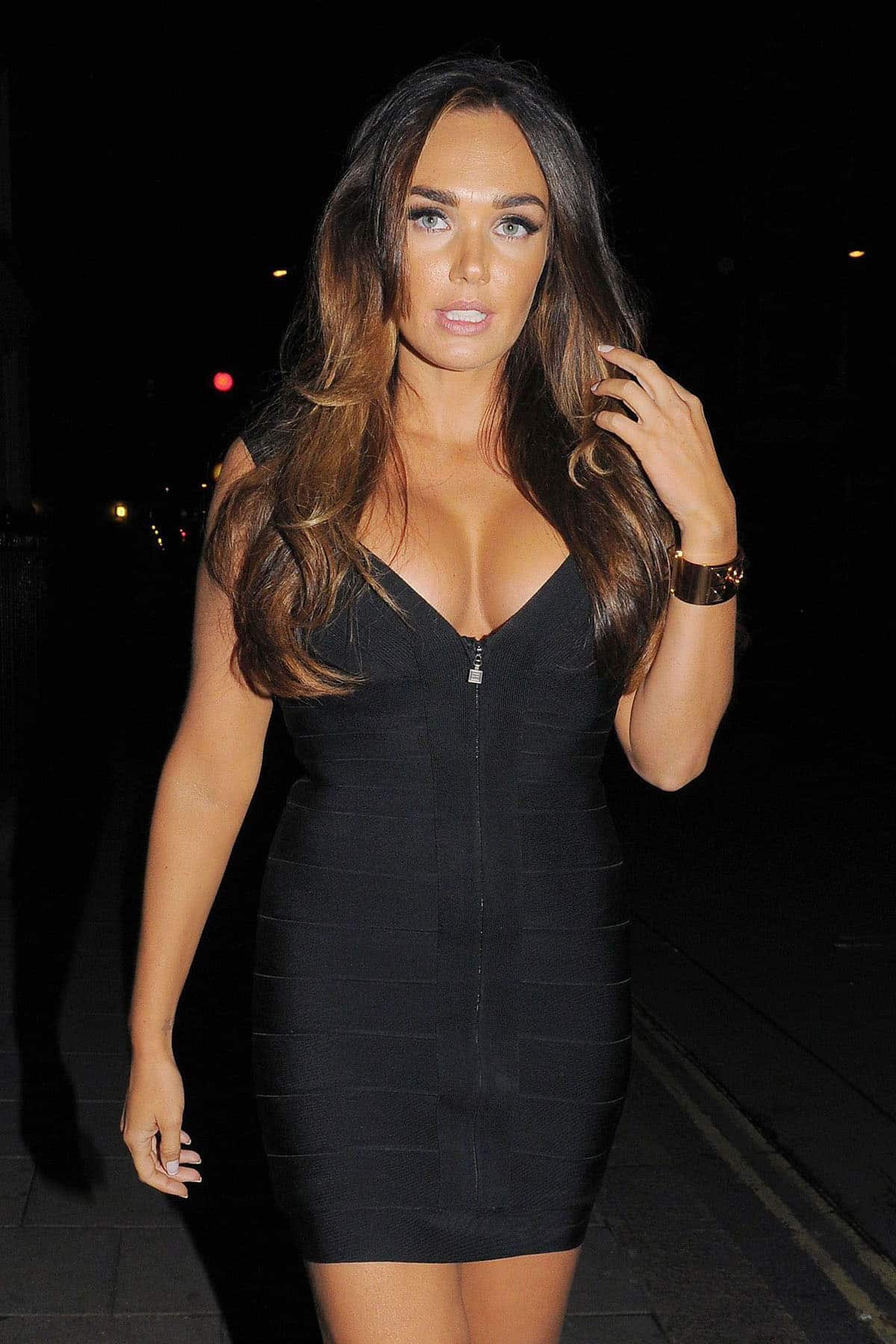 The British model, TV personality, and socialite Tamara Ecclestone is the daughter of Bernie Ecclestone, who for a long while used to be the chief executive of Formula One Group.

In her late teenage years, Tamara seemed to have similar trajectory to that of Paris Hilton by appearing in lavish high-class parties and reality shows.

She has not been in the spotlight recently, as she is busy managing multiple business ventures including Fifi and Friends and Show Beauty, both are hair care brands. 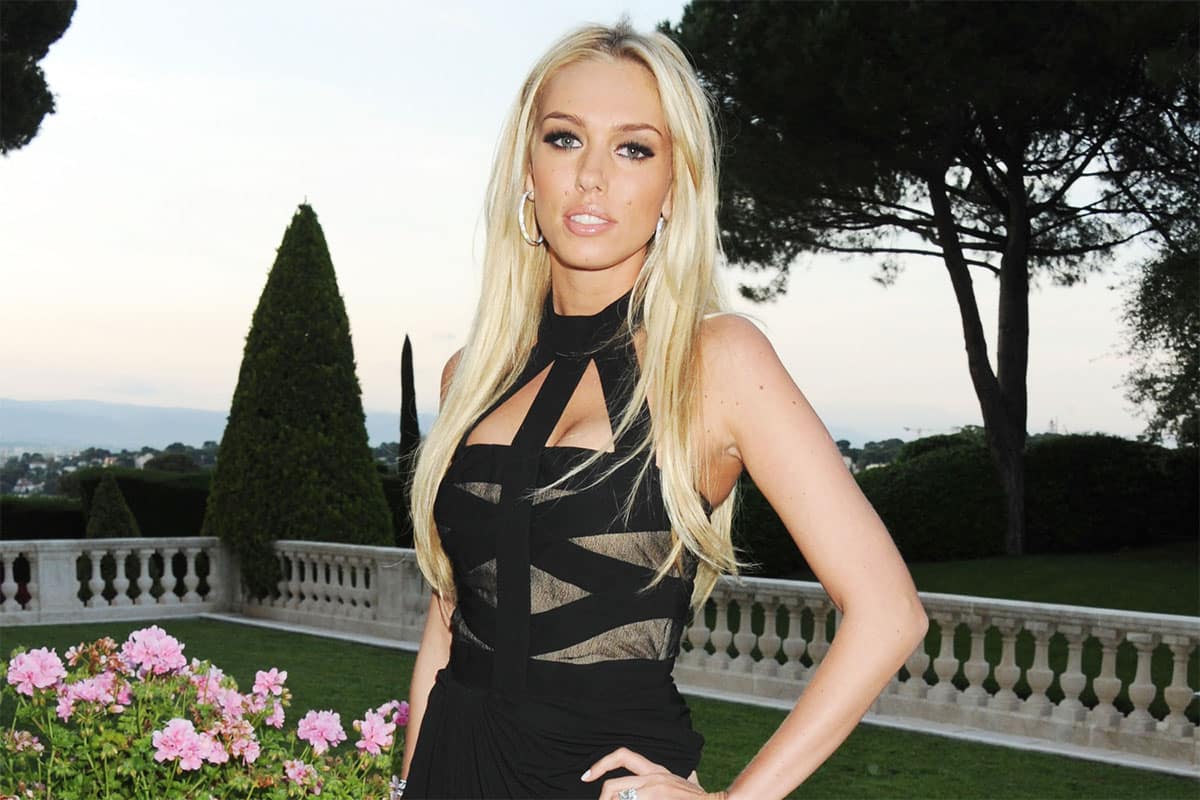 Tamara is not the only daughter of Bernie Ecclestone. She has a sister named Petra, who is just about as rich.

She used to own a 57,000 square-foot mansion (popularly known as The Manor) in Los Angeles County.

The Manor was listed for sale with an asking price of US $200 million. Somebody eventually bought it in 2019 for $119.7 million.

It was indeed much lower than the asking price, but still it made the highest sale price in Californian history. 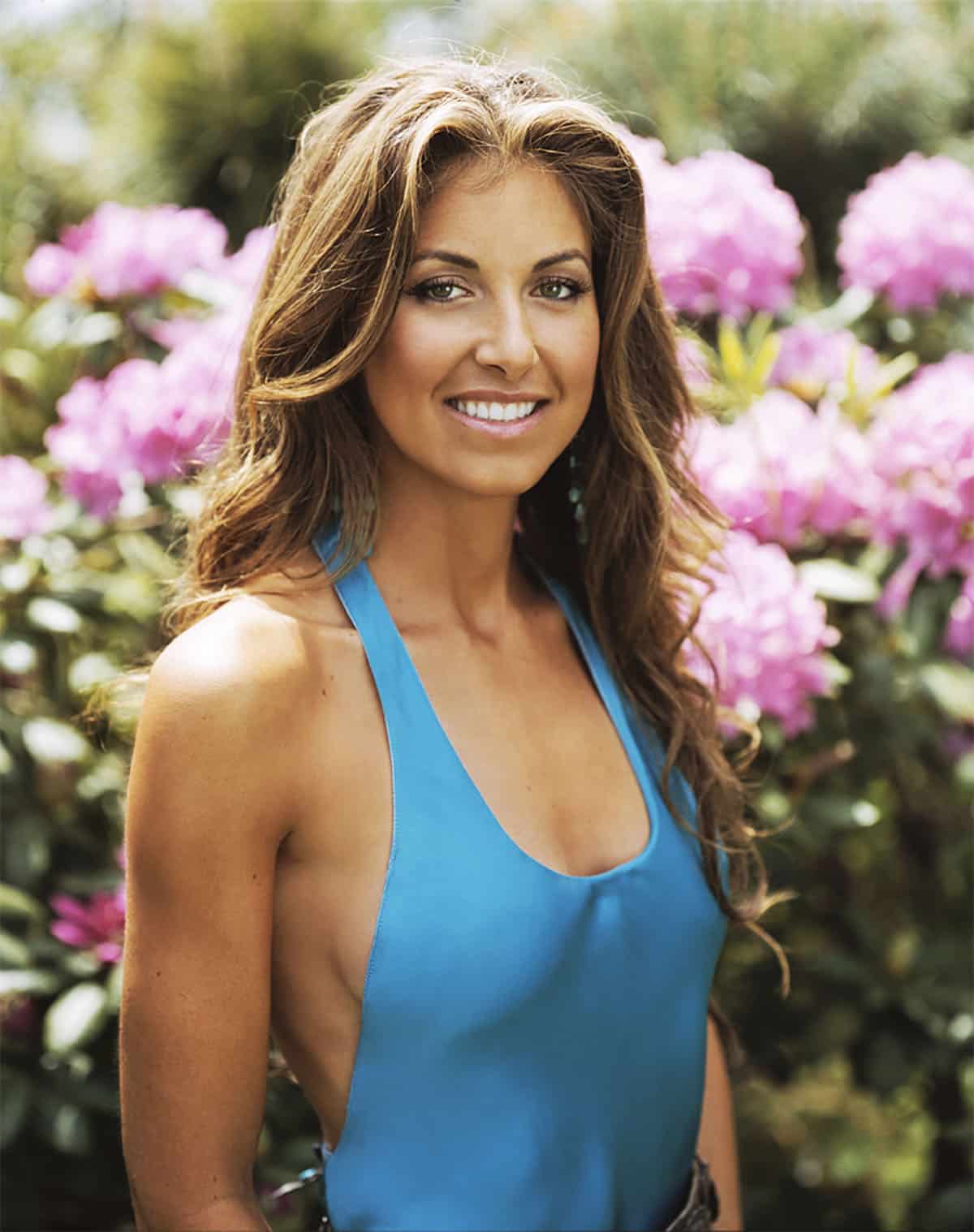 Just because your father has a multi-billion dollar company, you don’t have to work for him. In fact, you probably don’t have to work at all for life. But that is not the case with Dylan Lauren, the daughter of fashion icon Ralph Lauren.

Instead of joining her family in the already established company, she started her own business called Dylan’s Candy Bar, which as you may expect sells candies.

But it is not just a candy store; it is a confectionary empire with high profile customers including Michelle Obama, Taylor Swift, David Beckham, and Janet Jackson. 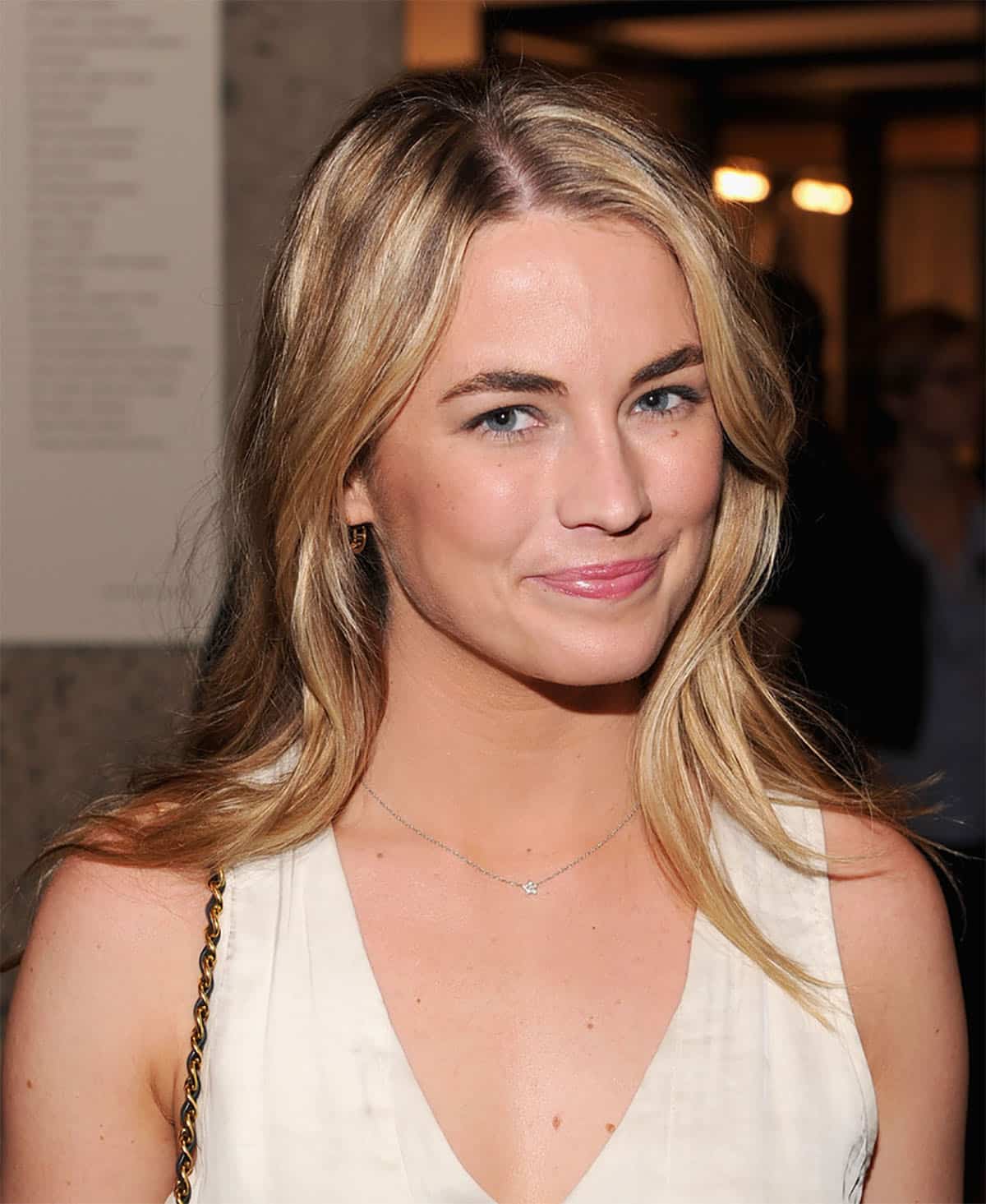 Born January 5, 1984 in NYC, Amanda Hearts is the heir to the Hearst Corporation, a mass media company worth billions of dollars. She is a great-granddaughter of William Randolph Hearst.

She used to be an IMG model, and has appeared on major magazines including Cosmopolitan, Vanity Fair, Town & Country, and International Harper’s Bazaar.

She is married to filmmaker Joachim Rønning; they have purchased the Wolf House located in Hollywood Hills for $5.9 million. Now she is an associate market editor at Marie Claire. 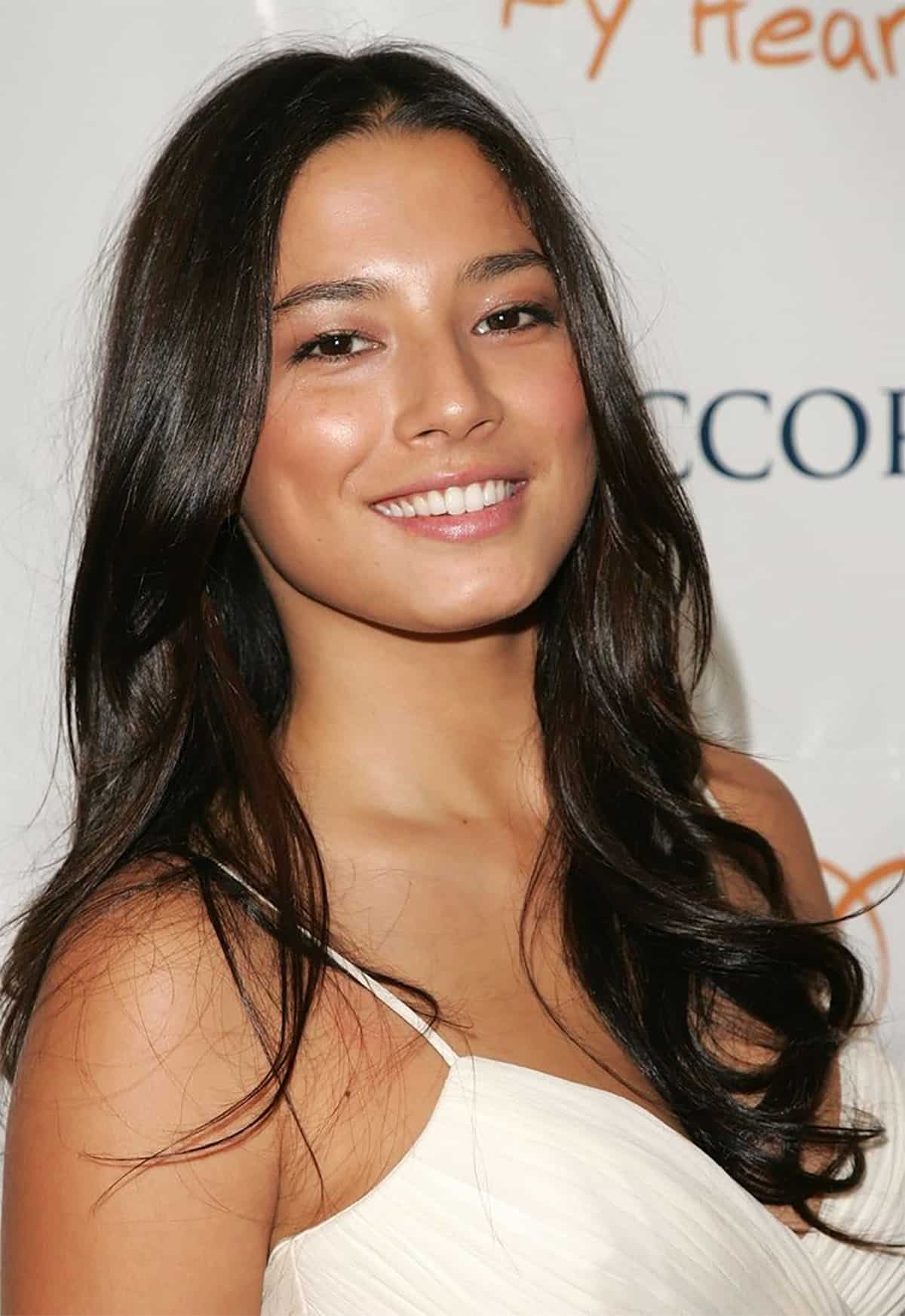 Owning 20.7% of a company sounds like a lot indeed, and that is what Marie Besnier Beauvalot’s share in Lactalis, the French dairy giant.

The company is based in Laval, located in western France and hometown of her family ancestral.

Her father André Besnier founded the company in 1933, and now her brother Emmanuel Besnier is CEO.

Lactalis sells dairy products worth billions of dollars every year and continues to expand far beyond Europe and the United States, mainly in Southeast Asia and China. 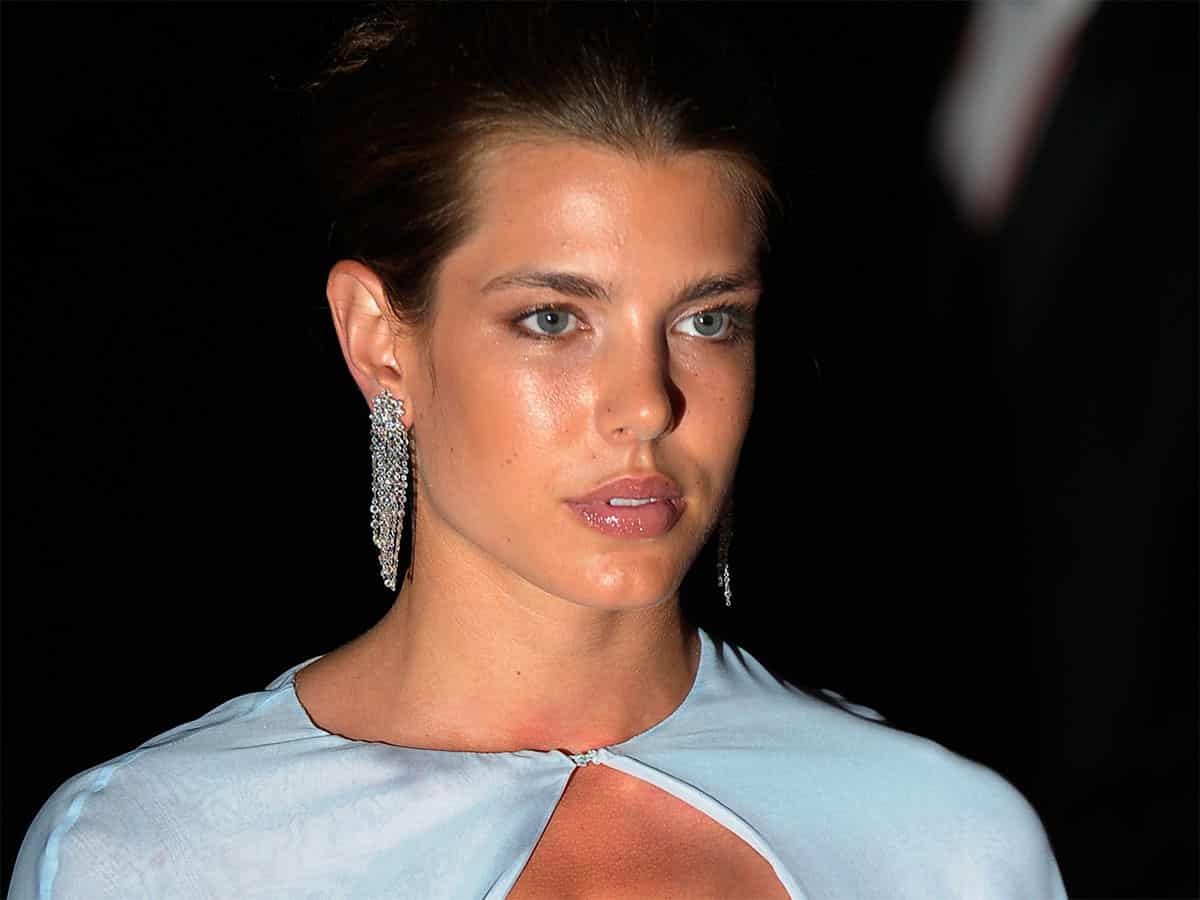 The daughter of Caroline and Stefano Casiraghi, respectively the Princes of Hanover and an Italian industrialist, is Charlotte Casiraghi.

Currently she is eleventh in line to the throne of Monaco; while is its highly unlikely that she will be the Queen, her life already has been as bliss.

Perhaps being a member of the Royal Family can be boring, and that is why Charlotte takes active role as the honorary president of the Longines Global Champions Tour and film producer.

In 2014, she bought the rights to Our Lady of the Nile and released a movie with the same title in September 2019.