by Factionary 2 months ago1 week ago
12.5Kviews

The Barbie doll is the most famous and biggest-selling girl toy in the world. The Barbie doll has existed since the ’50s, and the doll’s popularity has kept growing over the years.

It is not your ordinary toy as it has attracted criticism and controversy, especially from feminists. When the doll was first released, it was for a white audience, but racially inclusive versions are available over time.

Some of the races that have been represented over time are; Hispanic, Chinese and Hawaiian. Feminists have claimed that the Barbie doll sets unrealistic standards for girls based on physical beauty and appearance. 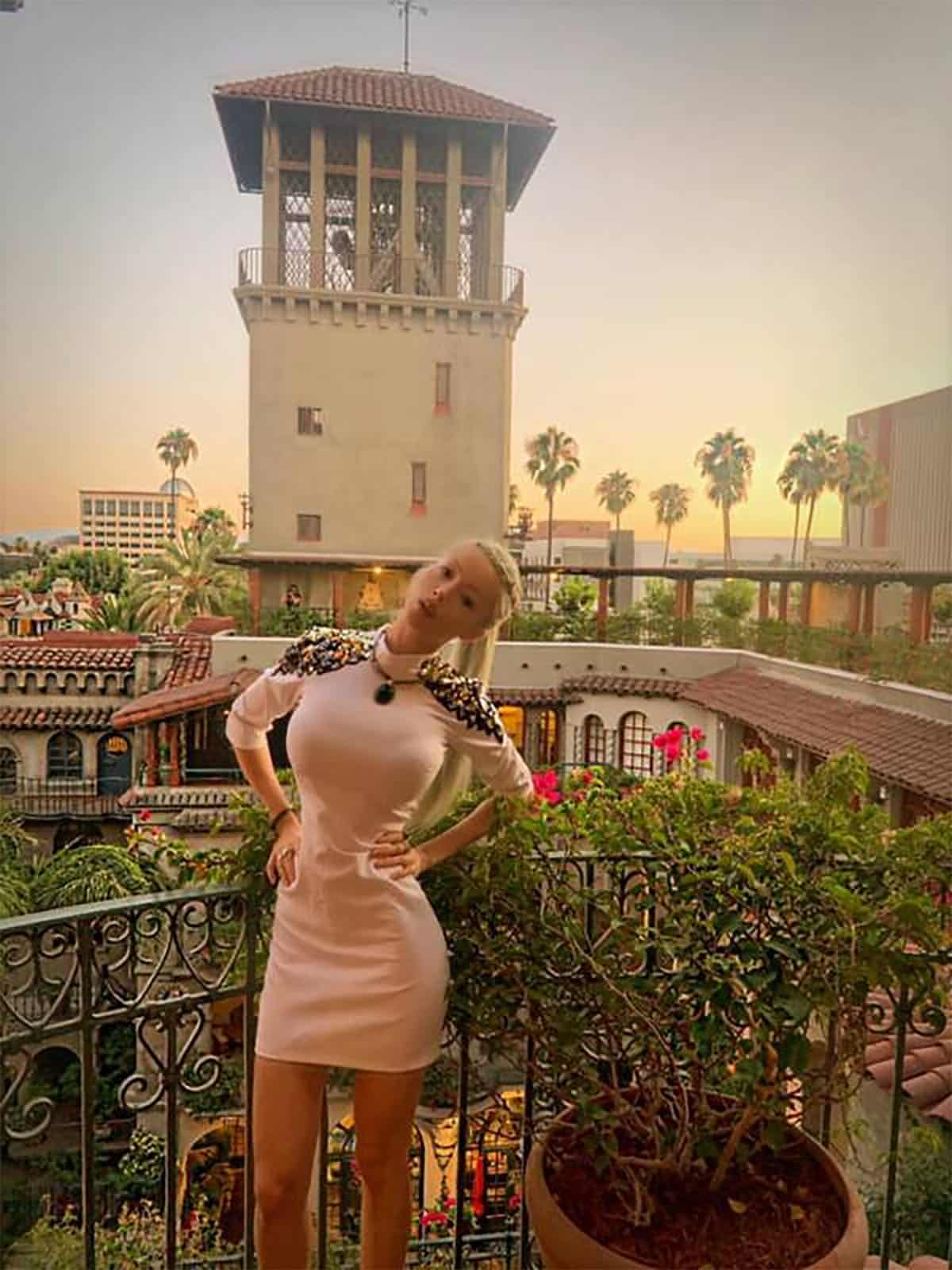 The Barbie doll’s primary focus is on fashion. The founder’s vision was to boost the self-esteem of girls and grow their fashion sense. A counterpart of the Barbie is known as the Ken doll. Ken also has a fashion statement with clothes and accessories for boys.

With all this hype surrounding the dolls, it is no surprise that some crazed fans have gone to great lengths to look like the dolls in real life.

The most famous real-life look-alike to the Barbie doll is Valerie Lukyanova and her Ken doll counterpart, Justin Jedlica. Valerie is a Ukrainian model, while Justin Jedlica is an American model.

Their careers speak for their desire to resemble the world-famous dolls. The pair has spent millions of dollars in cosmetic surgery to resemble the Ken and Barbie dolls. Their doll resemblance fetish has brought with it a reasonable amount of criticism and controversy.

The Ken and Barbie dolls have created conceptions for children and teenagers of what physical beauty resembles. It is, therefore, no wonder that they grow up wanting to resemble the dolls they idolize. Some like Valerie and Justin have gone to great lengths to achieve this.

The duo is famous for their attempt to mirror the dolls, but their appearance is far from picture-perfect. The two models have opposing personalities.

Valerie Lukyanova is a Ukrainian model famous for her resemblance to the Barbie doll. She was born on 23rd August of 1985. Her birthplace is Tiraspol, Moldova. Valerie does not just want to look like Barbie but wants to make change using her looks.

She uses her appearance to promote spiritual and mystic ideology.  Her resemblance can be likened more to a doll than a human being.

However, she claims that her initial intentions were not to look like the Barbie doll. She says all she wants is to look and feel beautiful, feminine and elegant.

According to her, it is pure coincidence that Barbie’s image has been made to portray the same features. She, however, admitted to being a fan of the Barbie doll as a young girl. 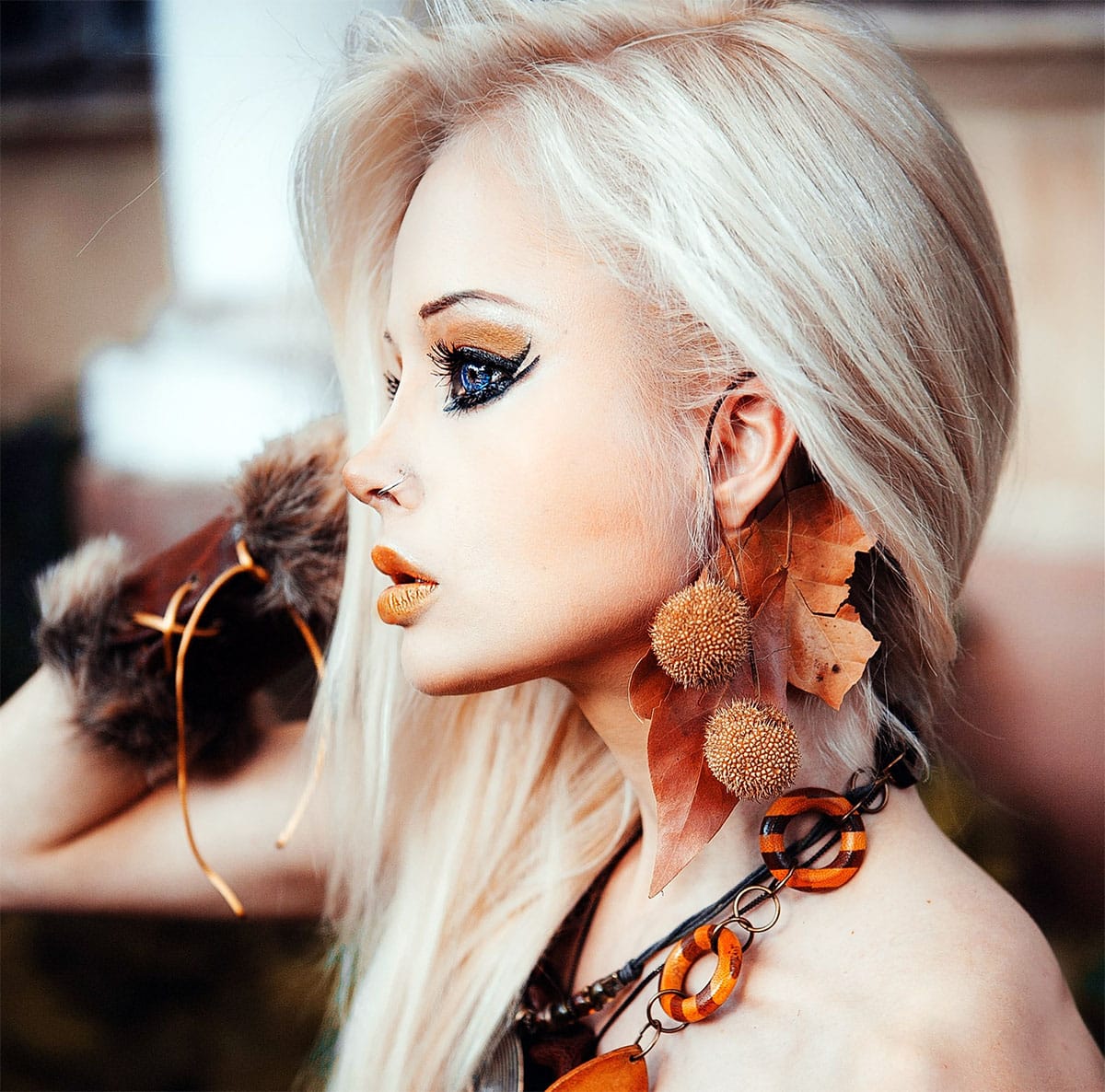 Judging from her appearance, you may assume that cosmetic surgery is her most substantial signature look. Therefore, her revelation that she only had breast augmentation is surprising and almost unbelievable. She strongly condemns rumors that she had her ribs removed to create her extremely tiny waistline.

Valerie’s most memorable and controversial statement was when she said that she aimed to become a breatharian. That means surviving only on air and sunlight.

I would personally say this is the craziest thing I have ever heard, and the surest way to die. The human Barbie is also a believer in astral projection.

She once claimed that in her past life, she was a famous king and spiritual teacher. Valerie has also sensationally claimed that she is an alien. With all her wild claims and interests, I wouldn’t rule that out. It is safe to say that this human Barbie is a polarizing character.

Her opinion on mixed-race people created an internet buzz with people calling her out as a racist. During an interview with American men’s magazine GQ, she commented about the dynamic beauty standards of the modern world.

She gave an example of a Russian marrying an Armenian, and they have a daughter who inherits the father’s nose. She suggested that the daughter should go ahead and seek corrective surgery to reduce her nose size.

She claimed that women were more beautiful in the ’50s and ’60s without surgery since degeneration didn’t exist. Interestingly, she opposes feminism and does not want to have any children.

Valerie says that most people have children to fulfill their ambitions. She says that such people do not have the child’s interest at heart, since they do not think of what they can give and teach their child. They take a systematic approach in raising their children, forcing them to achieve what they were unable to perform.

He was born on 11th August 1980 in Poughkeepsie, New York. He is famously known as the ‘Human Ken doll’ though he claims he did not intend to resemble the famous doll. Justin is enthusiastic about plastic-surgery and has dozens of them.

He has had; lip augmentations, brow lifts, gluteoplasty and several implants. Justin has spent over $800,000 in plastic surgery and isn’t about to quit. 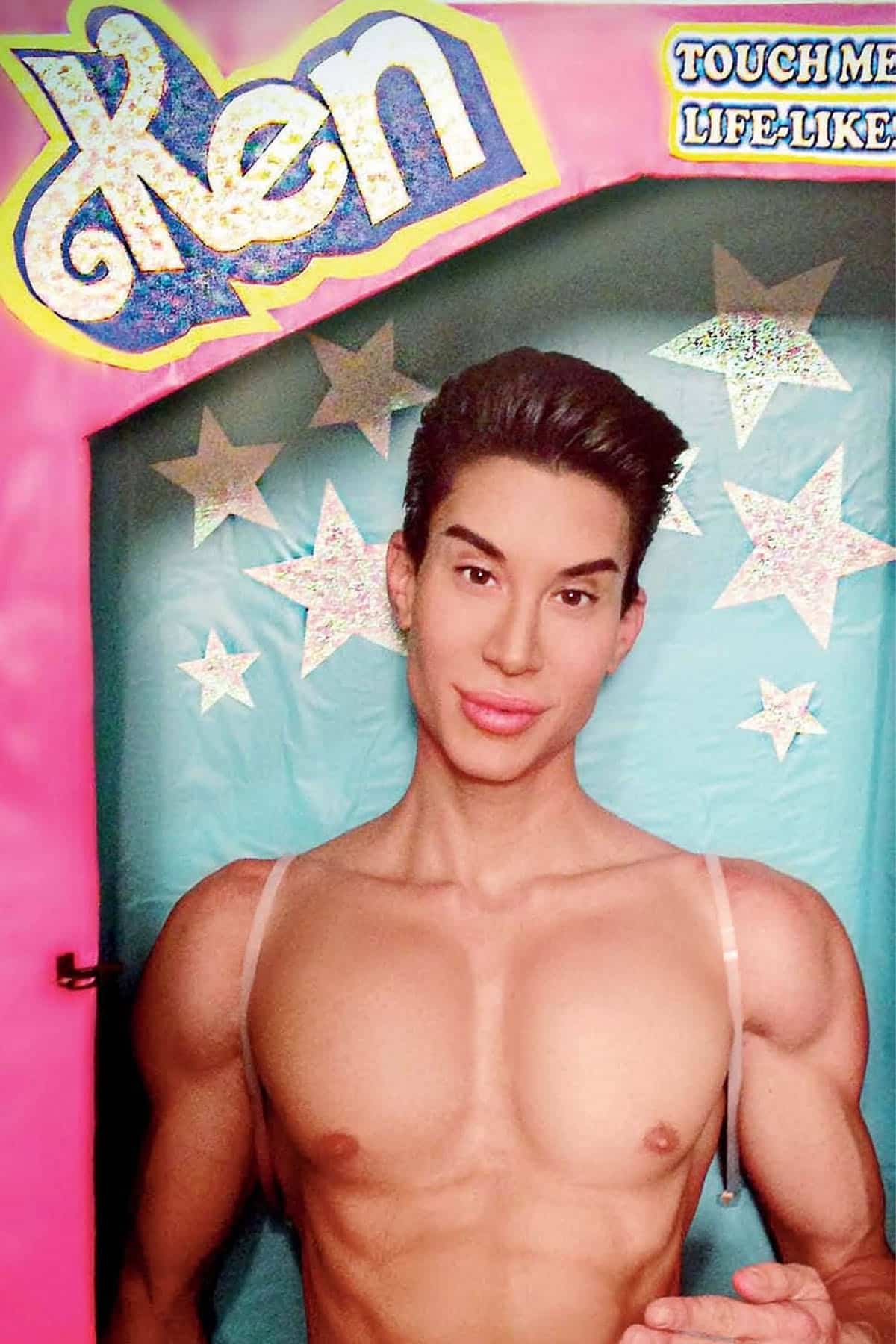 He says that he has no problem with doctors using him as a guinea pig for the procedures. Justin says that people take the Ken doll to be how a perfect male should look, but that should not be the case.

Trolls have not spared him. Some people ask him if his anatomy matches the non-existent genitals of Ken the doll.His cheeky response was that he wouldn’t mind if his genitals dragged the ground like anime.

Justin uses his popularity to focus attention on his brother’s case, where he feels justice is long overdue.

Why The Real-Life Barbie And Ken Aren’t A Match

Valerie and Justin first met in 2013 for a Television appearance, and the sparks that flew between them weren’t the right kind.

Even before they met, they had nasty things to say about each other. Justin said Valerie was a drag queen whose looks were only enhanced by makeup, fake hair and corsets.

On the other hand, Valerie said that Justin should be the last person to comment on plastic looks since he was a product of numerous plastic surgeries.