by Factionary 3 months ago4 days ago
26.1Kviews

Human beings can sometimes be as vile as animals.

History is full of instances where people did evil things to inflict damage on the innocent.

Sadly, things like these happen far too often at this age also.

There is an excellent example of how cruel some human beings can be – and that comes in the form of a recent bear killing in Alaska.

A father and son were out hunting in the Alaskan Forests. They stumbled upon a hibernation den where a mother bear was sleeping with her cubs.

The men viciously murdered these animals, proving that animal cruelty can go far beyond throwing stones and sticks. 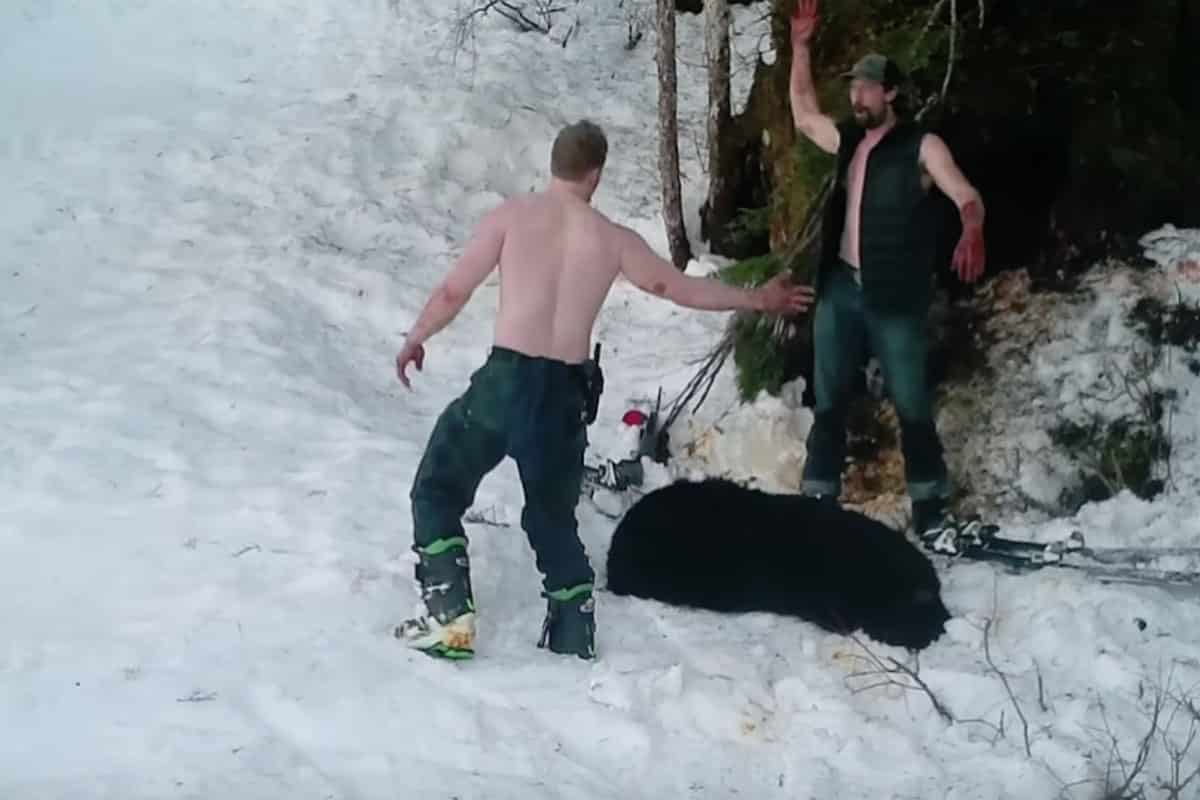 Fortunately, someone caught the perpetrators on tape and released it for everyone to see.

What Did The Graphic Video Show?

The person who filmed the entire video forwarded it to local T.V. stations.

Initially, they were against playing it on television as they deemed it too graphic for audiences.

However, they realized that acts like these are becoming too frequent and that people should be aware of the criminals behind them. So, after careful deliberation, the channels aired the graphic footage.

It showed two people, Andrew Renner (the father) and Owen Renner (son), killing a group of defenseless bears inside their hibernation den.

Initially, the two were peering inside a dark shelter where the bears were living.

They stocked the wild beasts for several minutes and checked the surroundings to make sure no one witnessed them.

After realizing that no one would catch them in the act, they fired several rounds on the defenseless animals, instantly killing them.

It gets worse; the footage shows two of the bear cubs shrieking in terror, watching their mother die before their eyes.

Eventually, the evil men shot the baby bears too, murdering the entire family.

Upon hearing the video carefully, some people listened to the father-and-son conversation, who quite jovially claimed that no one would catch them.

After killing the animals, the duo dragged the mother bear’s body out of the den. Its hands were full of blood.

The killers were quite happy about what they dead and enthusiastically high-fived each other.

They followed it up with a few photos posing with the dead animals and taking their skins off their bodies.

Andrew and Owen stuffed the bears’ skins inside massive bags, kept them in their car’s trunk, and drove off the location.

As you would expect, people expressed their anger, stating that authorities should do everything possible to arrest and severely punish the culprits.

The video also became viral on the internet, and people from different parts of the world provided their opinions about this incident. 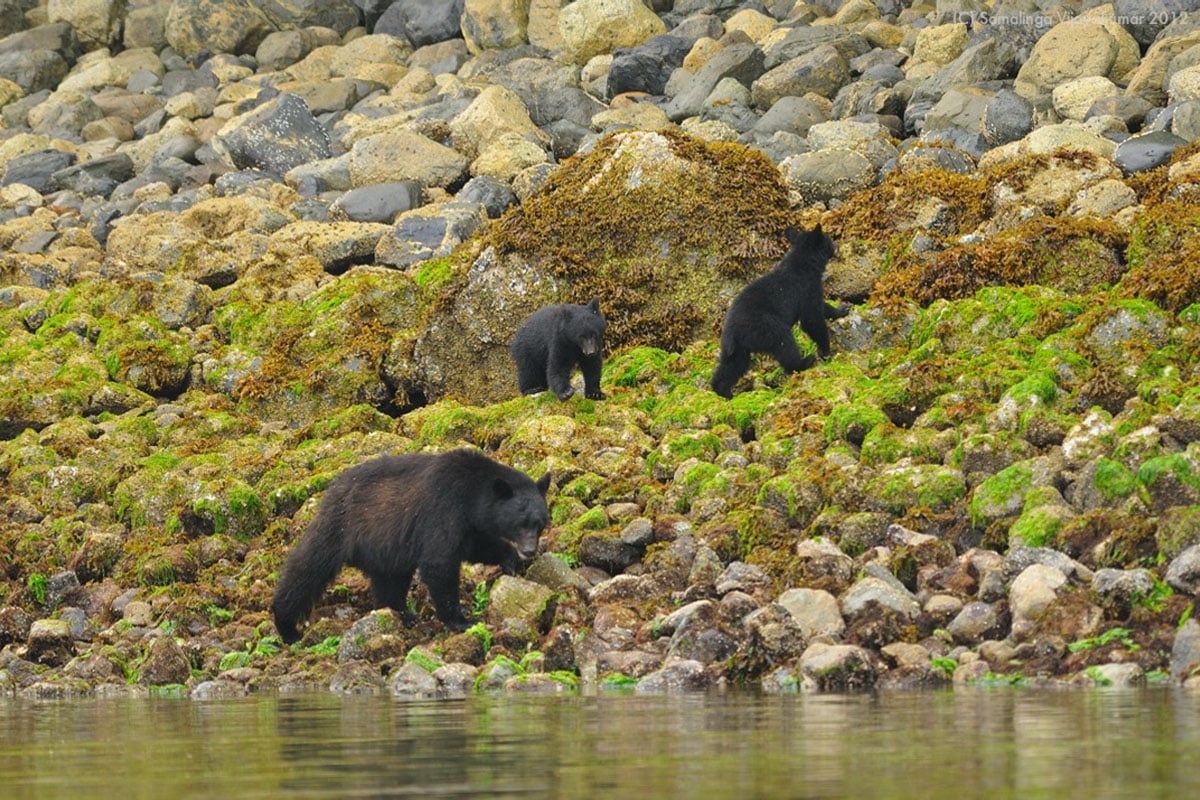 Of course, everybody thought that countries should implement stricter measures to protect animals as there are thousands of people who hunt them only for sport.

In particular, Wildlife enthusiasts were quite vocal about this incident and called for Governments to take matters like these seriously.

Some groups even organized protests in various areas, but they were fruitless.

Cruelty doesn’t know any bounds, especially when it comes to animals.

Brutality against animals has been happening for centuries.

It is only now when people are beginning to realize its long term impact.

In case you did not know, several creatures are on the verge of becoming extinct.

Various species of bears, elephants, and other animals are on the list of endangered creatures that could vanish soon if people continued to prey on them.

Sadly, most countries do not prioritize on animal-related subjects.

Sure, they may have a few laws regarding it, but they do not enforce them seriously.

It is a significant reason why thousands, if not millions of creatures die because of hunting.

People prey on them for various reasons. Some do it for their skin or other body parts, while others do it for sport.

Killing animals for clout is as narcissistic as it gets and exposes the hunters for who they are – insecure people who vent their frustration out on defenseless creatures.

While wildlife organizations and animal conservation enthusiasts are always hard at work, trying to form strategies to reduce this problem, the numbers are against them.

Very few people care about animal rights and would rather hunt them.

Like the father and son duo, they would rather spend time murdering an innocent creature for no other purpose than their amusement.

Did The Police Find The Father-Son Duo?

They dedicated several teams towards finding the two men responsible for killing the bears.

The groups spread across different areas and knocked on every door and rang every bell. 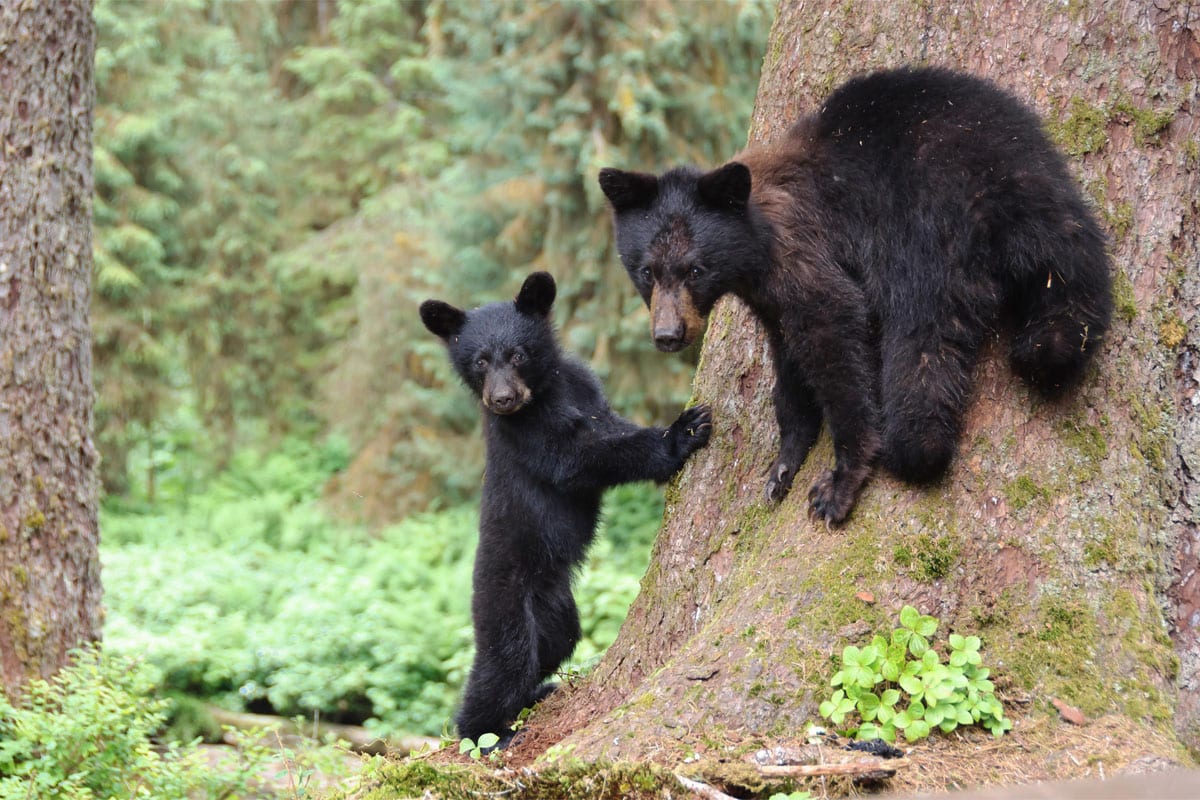 Initially, their efforts were unsuccessful, and they had no idea where to find the two men.

However, after some time, one of the police officers came across the car he saw on the footage shown on television.

The only problem he faced was that the number plate on the video was a bit blurry.

Experts tried to use some image enhancement techniques, but it did not work.

All they could do now was make wild guesses. Fortunately, it worked, and they successfully located the culprit’s house.

Officers took the father and son duo to the local police station and interrogated them for several hours.

Initially, both of them refused to admit killing the wild beasts.

They also told them to look for other suspects as the people shown in the video were “someone else.”

Fortunately, no one bought into their lies, and they eventually made Owen and his father admit to their crimes.

Neither of them showed any remorse and didn’t shed a tear after pleading guilty.

The father received a three-month prison sentence while the son had to do mandatory community service for thirty days.

People were not happy after discovering the punishment the two men received.

Almost everybody said that the sentence wasn’t befitting the crime and that it should have been more severe.

Unfortunately, though, most authorities do not take animal brutality seriously.

What’s more, the judge banned the Renners from hunting only for ten years.

For all anybody knows, they could start killing animals again after the ban ends.