by Factionary 7 months ago6 days ago
2.7Kviews

Weapons have existed for as long as one could remember. There are varieties of them based on looks, functionality, purpose, and various other elements. A common perception among the general populace is that the bigger the weapon, the more power it will yield.

Needless to say, people have made numerous attempts throughout history to make bigger and stronger weapons. Some of these attempts were successful, while others went down the drain.

In most cases, however, what resulted were comically huge and ineffective weapons. One of these attempts was the mysterious yet hilarious punt gun. 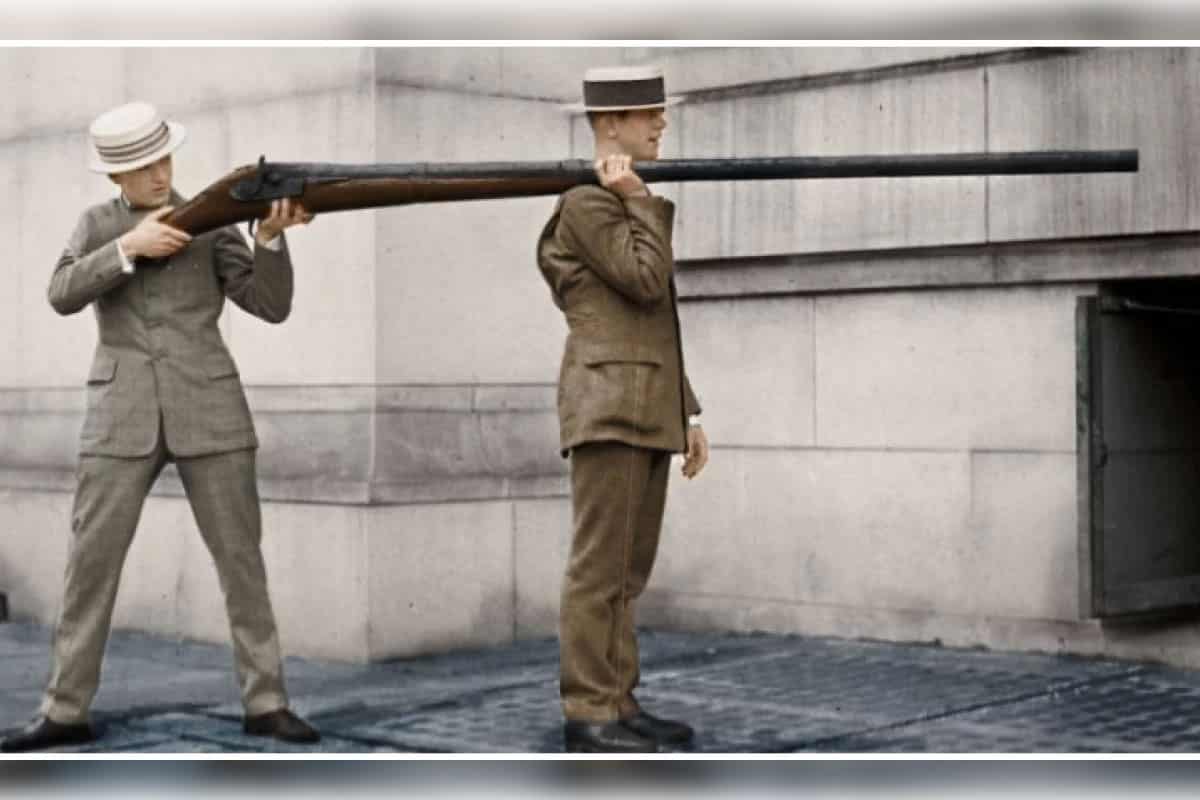 Upon completing its invention, the punt gun’s creators realized that they had created a shockingly ineffective weapon. It was too large for its own good and had little to no power.

The Origin Story Of Punt Guns

This gun was invented in the early part of the 1800s. During this time, duck hunting was quite common. Some people hunted as a hobby, while others hunted for food.

In addition, demand for duck meat was at an all-time high during the 1800s. Their feathers were also in great demand; craftsmen used them to create beautiful hats for women.

Therefore, to make hunting simpler and more efficient, duck hunters looked for ways that would allow them to kill numerous ducks in one go.

The new method also needed to be easier in comparison to other traditional ways. This is where the punt gun came into play. This custom-built gun clocked in at over 8 feet long. It had a 2-inch diameter and an unmatched firing power.

It could fire ammunition weighing over a pound in just one shot. This strong firing power ensured that the gun was capable of killing more than fifty waterfowl with a single shot.

Once the gun did its job, the corpses of the dead duck would float around in the water, making it easy for hunters to collect them. 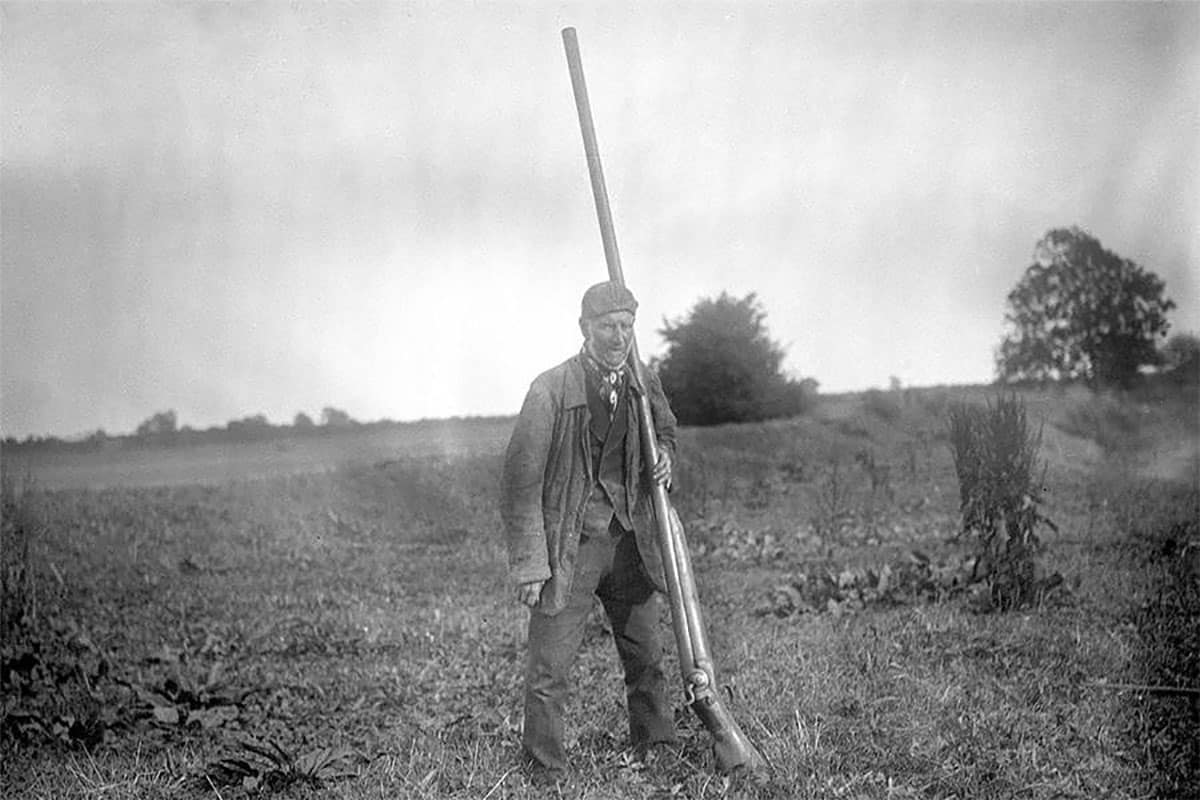 As mentioned earlier, this gun was comically huge. It was quite similar to a normal hunting rifle with their size and the number of barrels being the only differences between them.

One of the biggest problems of the punt gun was that despite its extreme efficacy, its size was too big for hunters to use by themselves. Because of this, hunters had to develop boats that were capable of holding the size and weight of the guns. The boats were designed in a way to ensure that they had enough room for one person and their punt gun.

These boats had a slender and long shape. The power of these guns was so strong that once a hunter fired a shot, their boat would blowback for a good distance.

Soon after, hunters came up with an ingenious method that allowed them to gain maximum results in a shorter period.

They started to work in huge groups that contained eight or sometimes even ten boats. They would circle their boats around a big flock of ducks and shoot them in a coordinated manner by firing simultaneously.

This method was so effective that sometimes it would allow a small group of hunters to take out a massive flock of birds in one go. Usually, these flocks contained three hundred to five hundred birds.

The Downfall Of The Punt Gun

Sadly, the punt gun was not meant to last for a long period of time. The weapon industry was not a huge supporter of the punt gun’s cumbersome and oversized design. It also did not appreciate how much destruction it used to cause.

Furthermore, since the introduction of this gun, the waterfowl population in America started to decline rapidly as well. As a matter of fact, the decline of waterfowl ducks caused by the punt gun was so drastic that the United States Government started to work on legislation.

Their plan was to pass legislation that would illegalize market hunting as well as punt gun transportation across all states. 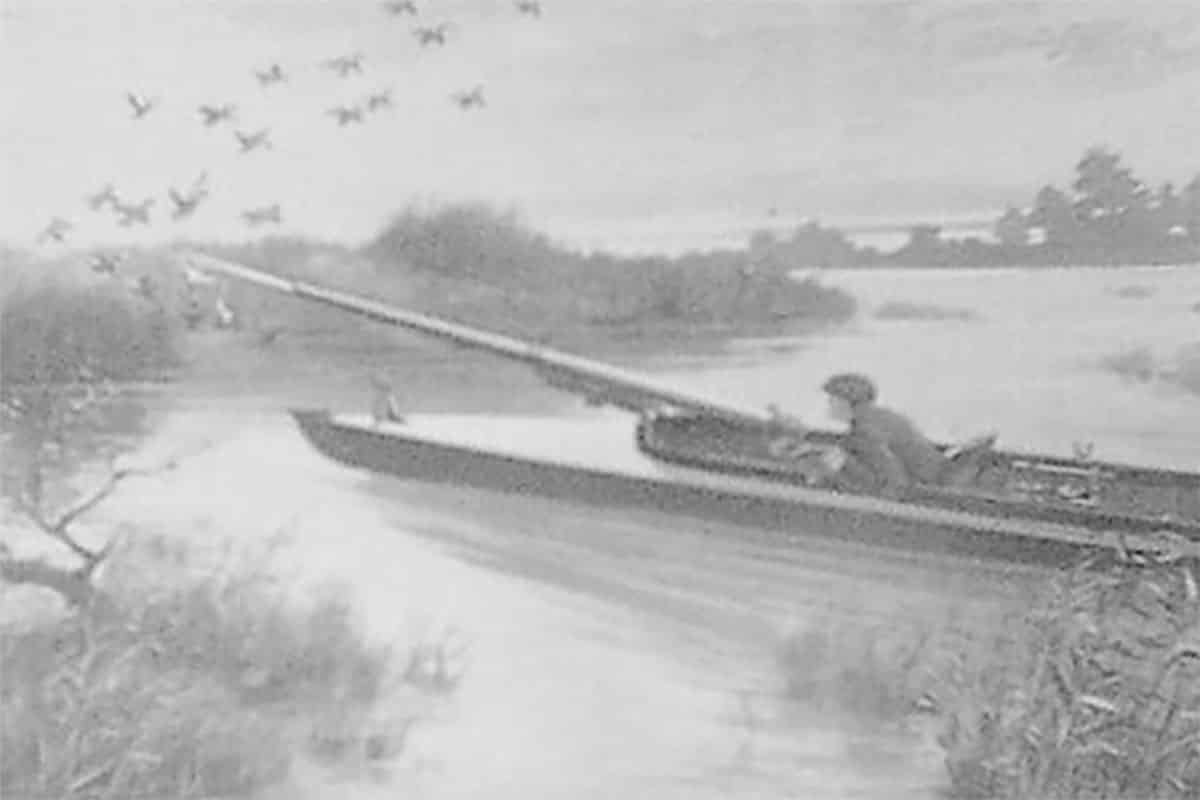 The Government also passed numerous laws in the early parts of the 1900s. They illegalized the punt gun, outlawed punt boats, and imposed hefty fines on people who used either of them.

The gun was so strong that it decimated numerous duck populations in different states. After outlawing the punt gun and boat, the U.S government actively started to make ramifications for the duck scarcity problem.

Although the punt gun was outlawed back in the day, it still remains a massive attraction for history buffs, gun collectors, and other enthusiasts from different countries in the world.

Nowadays, punt guns are a novelty item. There are fewer than a couple hundred of these guns in use all over the world.

Some United States museums display these guns as a piece of interesting history. The United Kingdom surprisingly still uses the punt gun in rare cases. 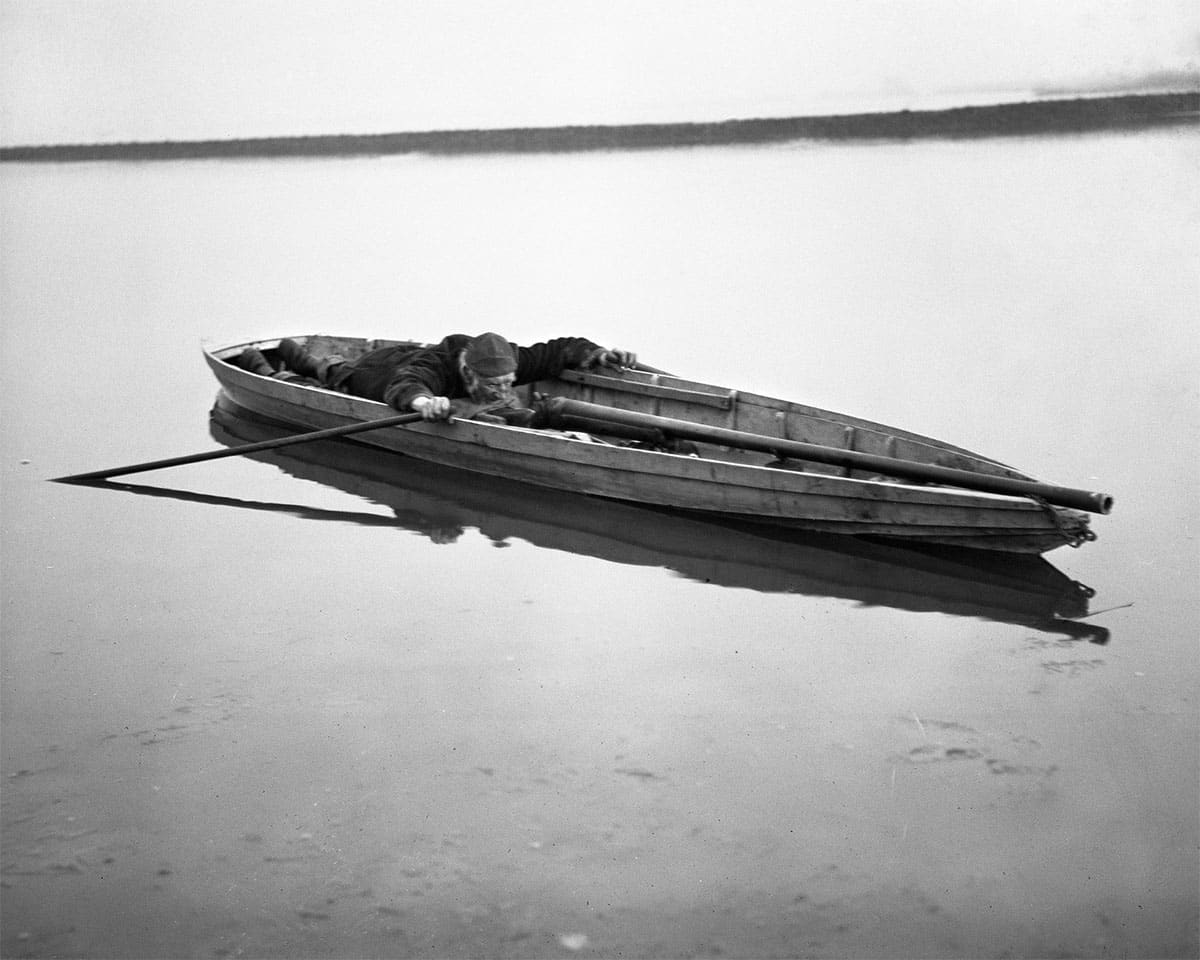 There are less than fifty of these guns in the U.K – most of them are used for ceremonial purposes. That being said, there are strict restrictions on using the punt gun in the U.K as well.

Most of the regulations in the United Kingdom insist users on using less ammunition and small barrel sizes. Most ceremonial uses of this gun are restricted, celebrating royal events.

During her Diamond Jubilee in 1897, Queen Victoria was adamant about getting a punt gun salute. After that, almost every jubilee and coronation in the U.K use the punt gun salute.

The Diamond Jubilee of Queen Elizabeth the Second in 2012, included a punt gun salute consisting of twenty-one guns.