by Factionary 6 months ago4 weeks ago
79Kviews

We are all familiar with the cinematic idea of what a bodyguard should look like – a huge muscular man or woman who stands just a few steps away from the person being protected.

Both good and bad people in movies have bodyguards; in most cases they wear black suits and dark glasses. They don’t speak that much, but their presence and outfits are enough to send the message.

Think of Men in Black, but instead of warding off extraterrestrial beings, bodyguards tell everyone else to stay away from their employers; sometimes using persuasion, other times using intelligence, but every now and then using brute force.

People hire bodyguards for many different reasons, but they all have the same purpose: safety and security. If you’re an international business traveler or an executive at a local company, hiring bodyguards sounds like a good idea.

\Same thing applies if you have angry ex-spouse or receive social media threats. Some hire bodyguards only when they have to transport large amount of cash or valuable artifacts.

If you’re a big celebrity, having a bodyguard or two constantly on your side in public is almost mandatory.

And these celebrities’ security details are not to mess with. 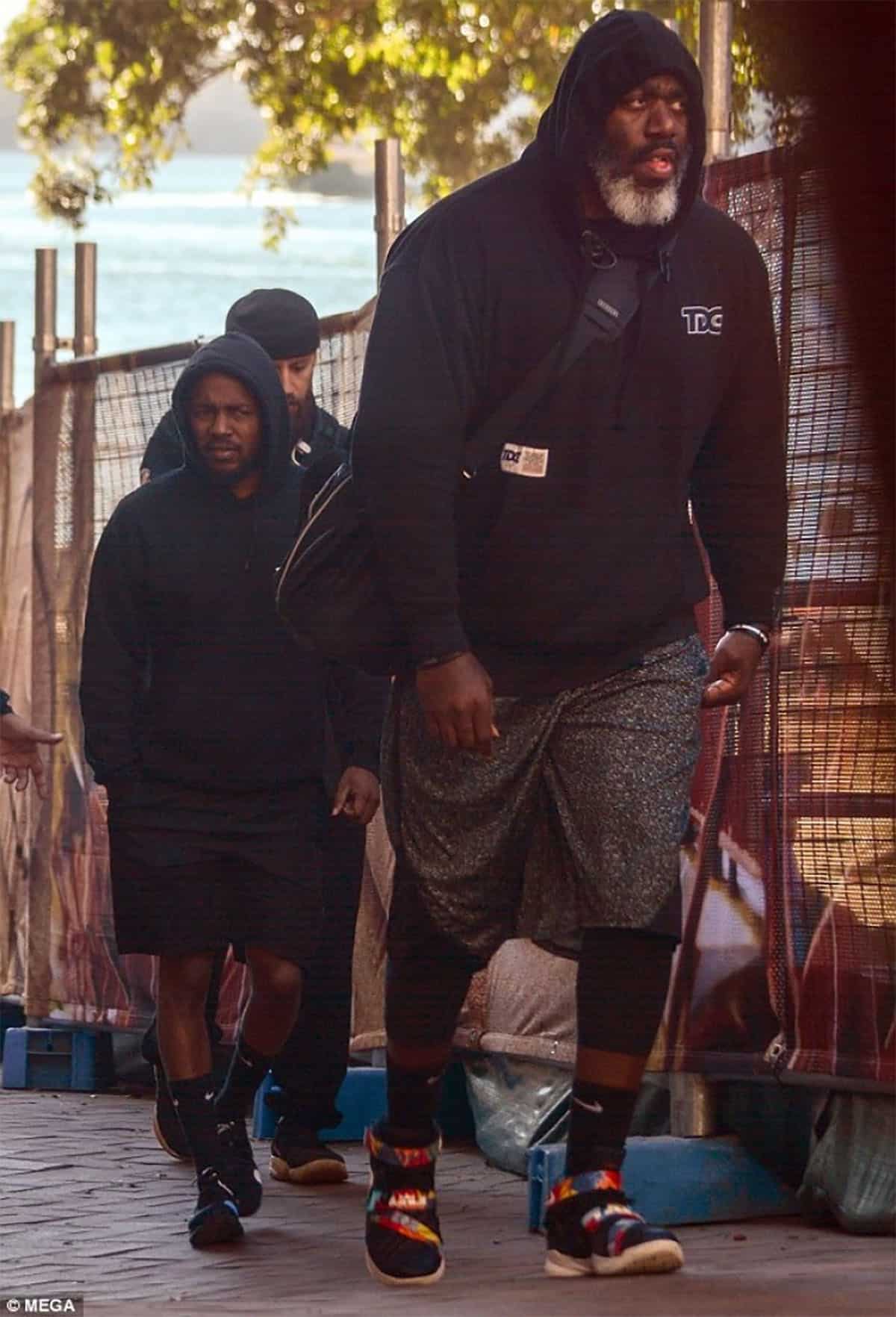 No matter how impressive and rich Kendrick Lamar is, for sure he cannot afford to hire giants as his bodyguards, although apparently his mere mortal bodyguards look like real giants when standing next to him.

A few of photos of the Pulitzer-winning rapper with his bodyguard has been published online, and for sure you will notice something a bit staggering.

The bodyguard is about 50 percent taller that the employer. You must first remember that Lamar himself is only 5′ 4″ in height. 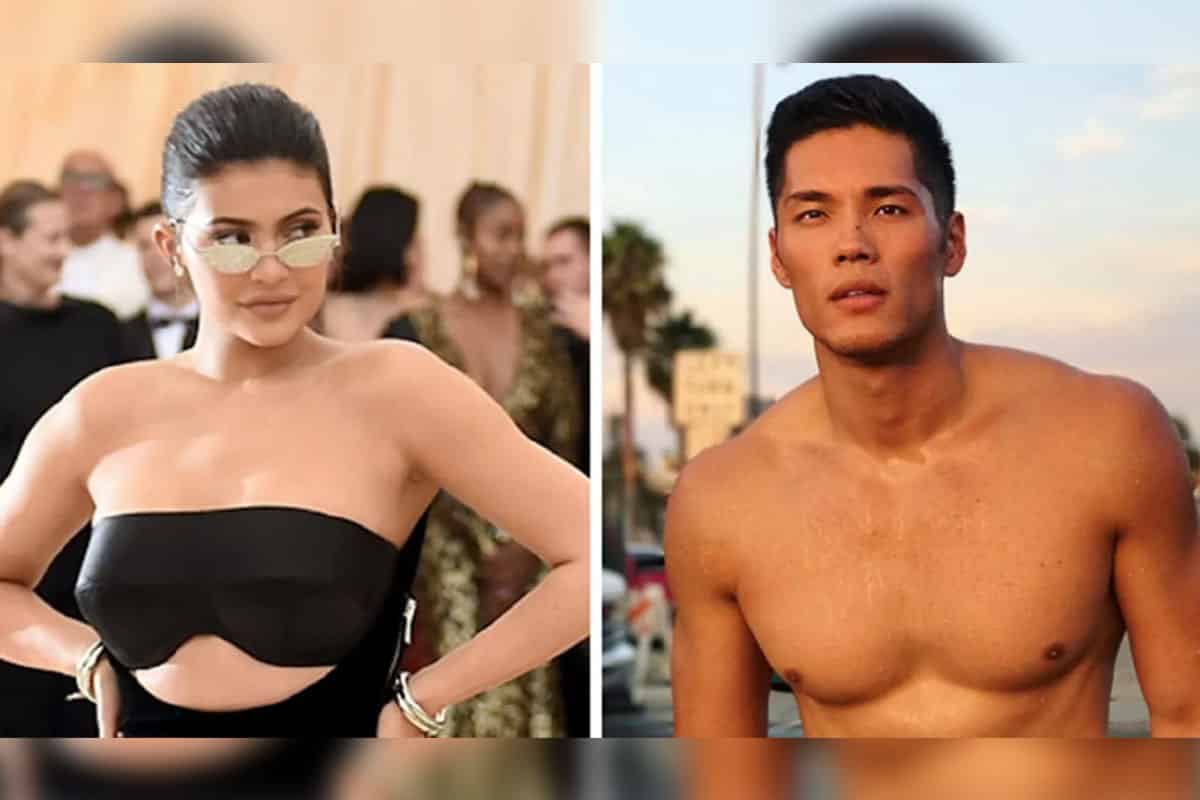 Of all celebrities’ bodyguards, Kylie Jenner’s Tim Chung probably has the friendliest public image, but don’t be fooled by his charming smile.

Chung was once an LAPD cop, so it is safe to say that he has all the skills required to be a professional bodyguard.

He has the height to tower just about anyone trying to get too close to Jenner, and muscular built to demonstrate some real brute force at the same time.

Chung loves to play basketball, and he actually describes himself as entrepreneur, model, and actor. There has been rumor saying that he is the real father of Stormi, but it has been subtly addressed by both Jenner and Chung. 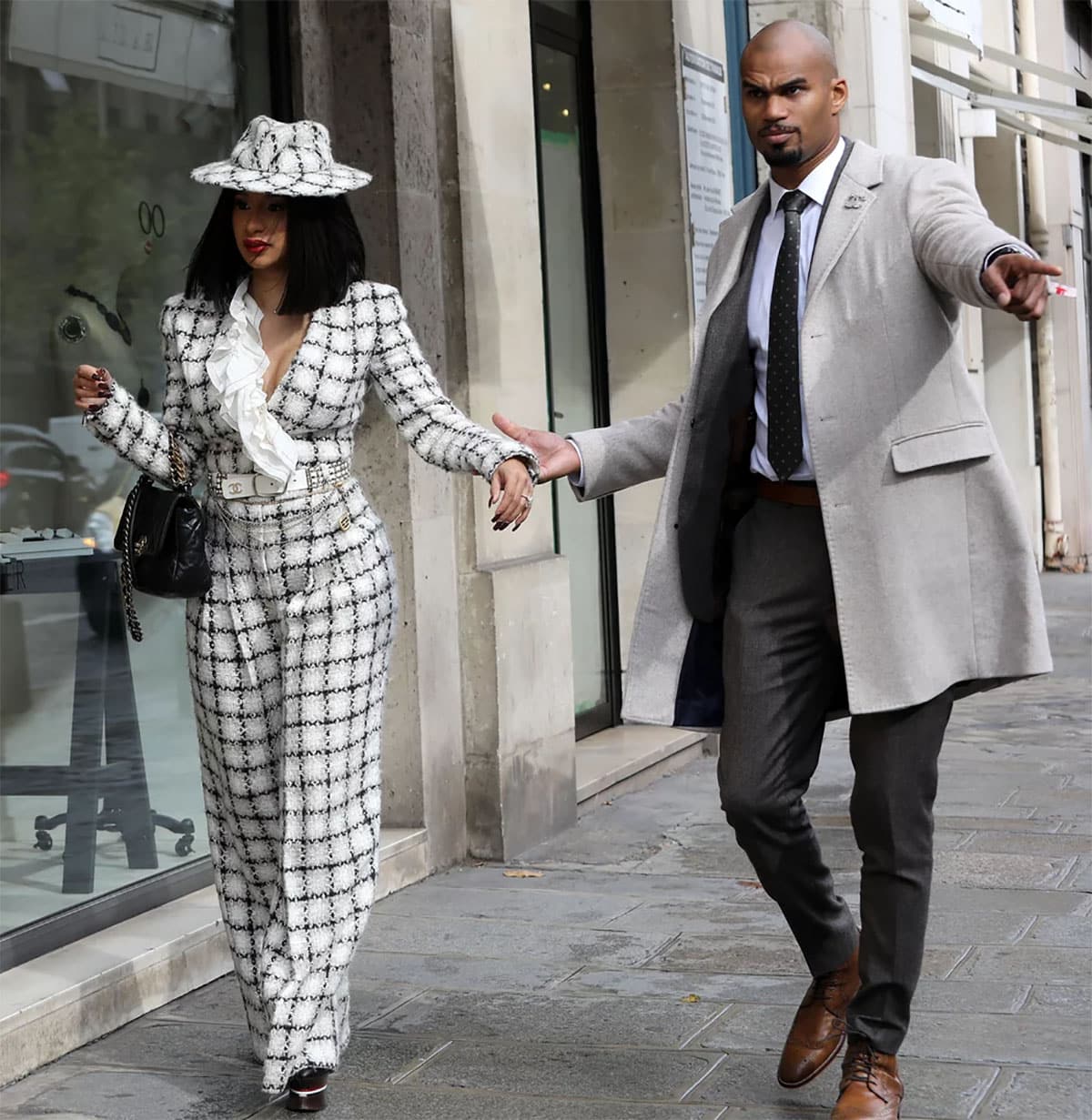 The main job of a bodyguard is to protect the employer, sometimes at all cost.

This is why we have heard news and seen footage showing that some bodyguards quickly took things to the next level for the sake of keeping their bosses safe, just like what happened in May 2018 when Cardi B declined to give her autograph for a fan.

Cardi was just outside her hotel when a 33-year old Bronx man approached her and asked for an autograph.

One of her bodyguards pushed the man to the ground and allegedly kicked him in the head. He was then taken to hospital. When it comes to Cardi B’s bodyguards, things escalated quickly. 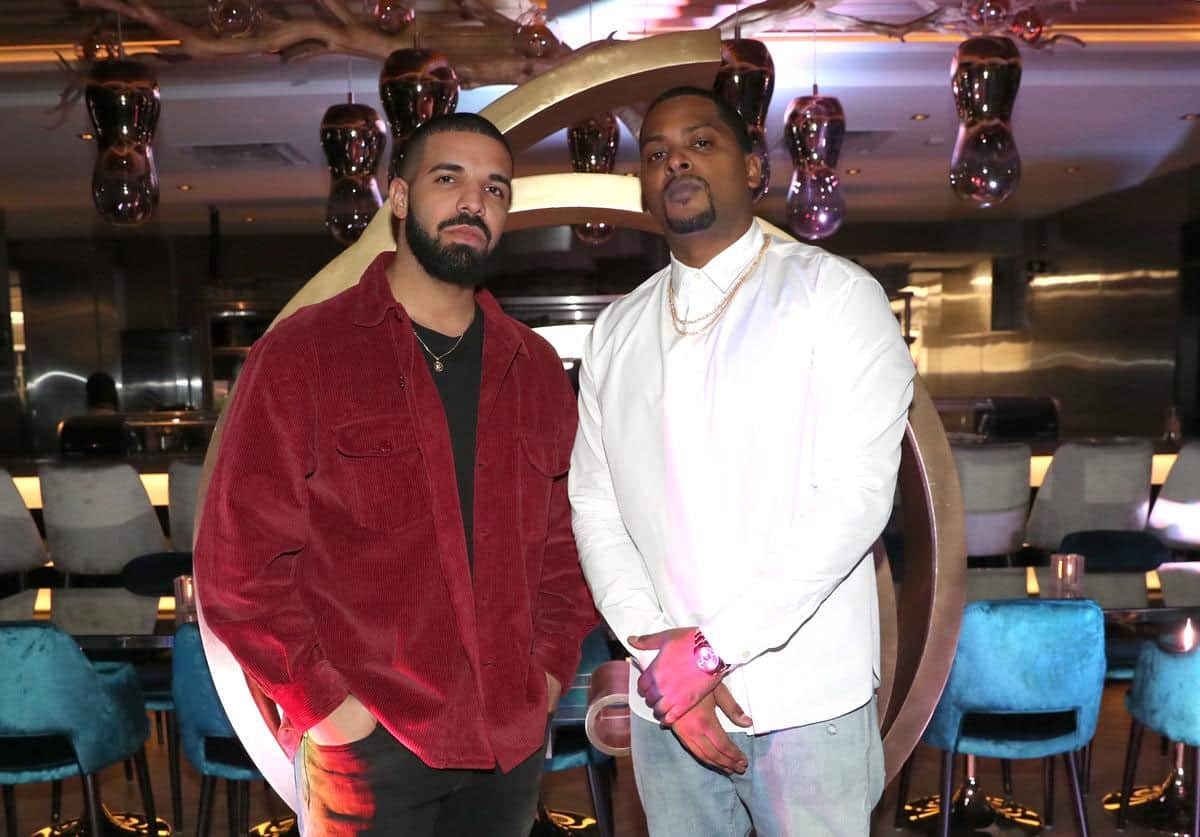 The rapper and record producer Noel Fisher – known professionally as Detail – filed a lawsuit against a fellow artist Drake and his bodyguard.

The lawsuit claimed that Drake’s bodyguard broke Detail’s jaw as soon as he showed up at Drake’s mansion; Detail claimed he had invitation to go to the mansion.

Soon after, some photos circulated online, showing Detail in hospital bed with wires attached to his body.

The injuries were not very serious, but still he had to be treated for several days and received multiple surgeries.

The lawsuit was then dropped in 2018 because Detail failed to show up in court for final conference. 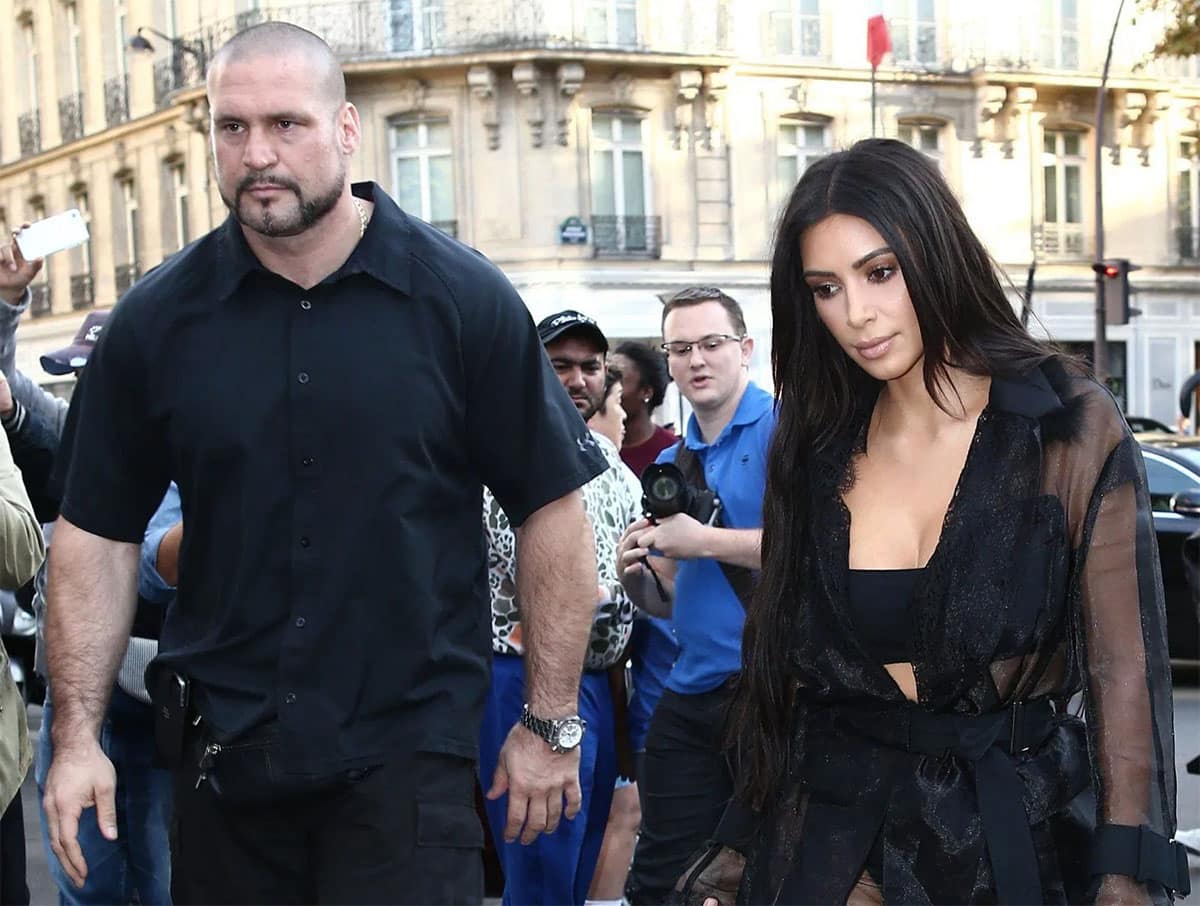 If you’re a die-hard fan of Kim Kardashian, you probably know Pascal Duvier, the bodyguard who was supposed to protect Kim when she was robbed at gunpoint in Paris in 2016.

Kim’s diamond ring was stolen, and no one was quite sure how the perpetrator could manage to get pass Duvier; he was an ex-army, and standing at a muscular 6′ 3″ there was definitely a lot of him to get pass.

Weighing at around 266 pounds, it goes without saying that he obviously could inflict some serious injuries. Just one month after the incident, Duvier made the personal decision to resign from the job of protecting Kim. 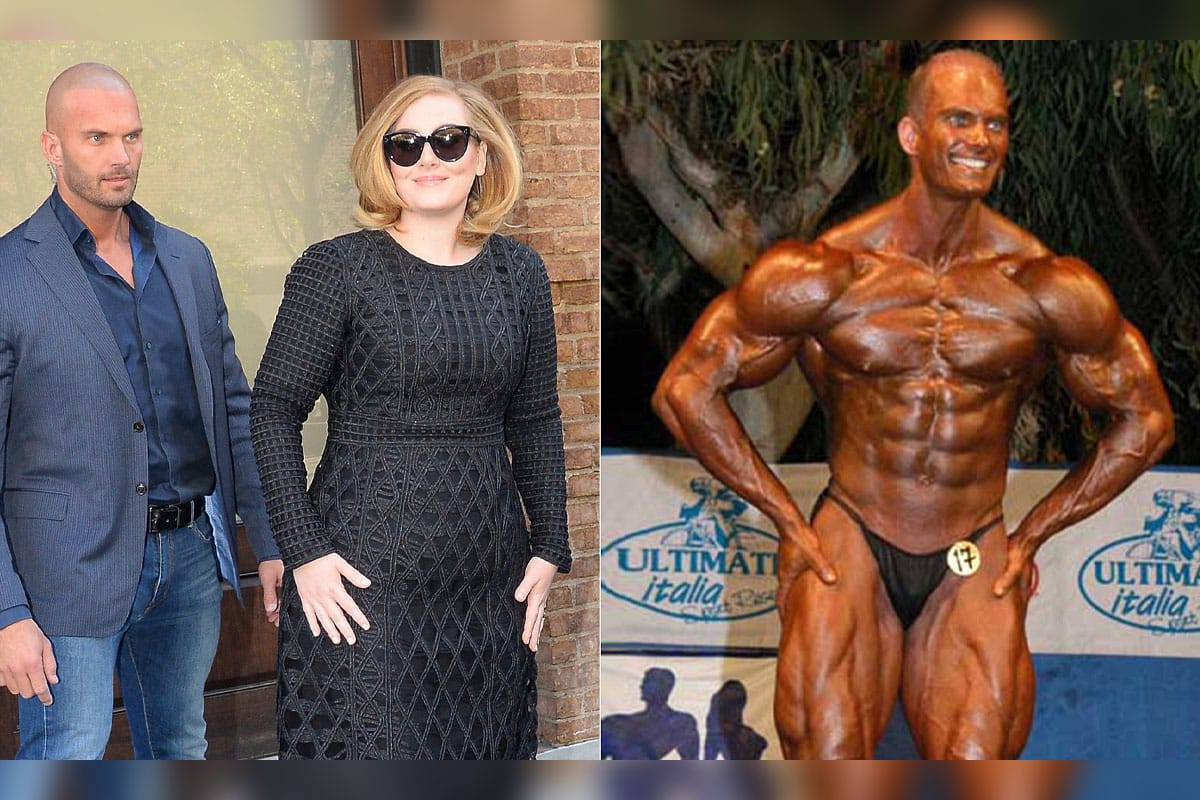 Peter van der Veen has been the go-to bodyguard of choice for Adele and Lady Gaga. He was actually a former Mr. Europe, but don’t misjudge his determination to protect his employer by the nice look.

Once he physically pulled an enthusiastic fan away from Lady Gaga.

That does not sound too unusual as far as bodyguard’s job is concerned, but the strange thing was how van der Veen did it.

Instead of just pulling the body, he used the chokehold method that could be fatal if incorrectly executed. It was just too much violent only to get someone out of his employer’s way. 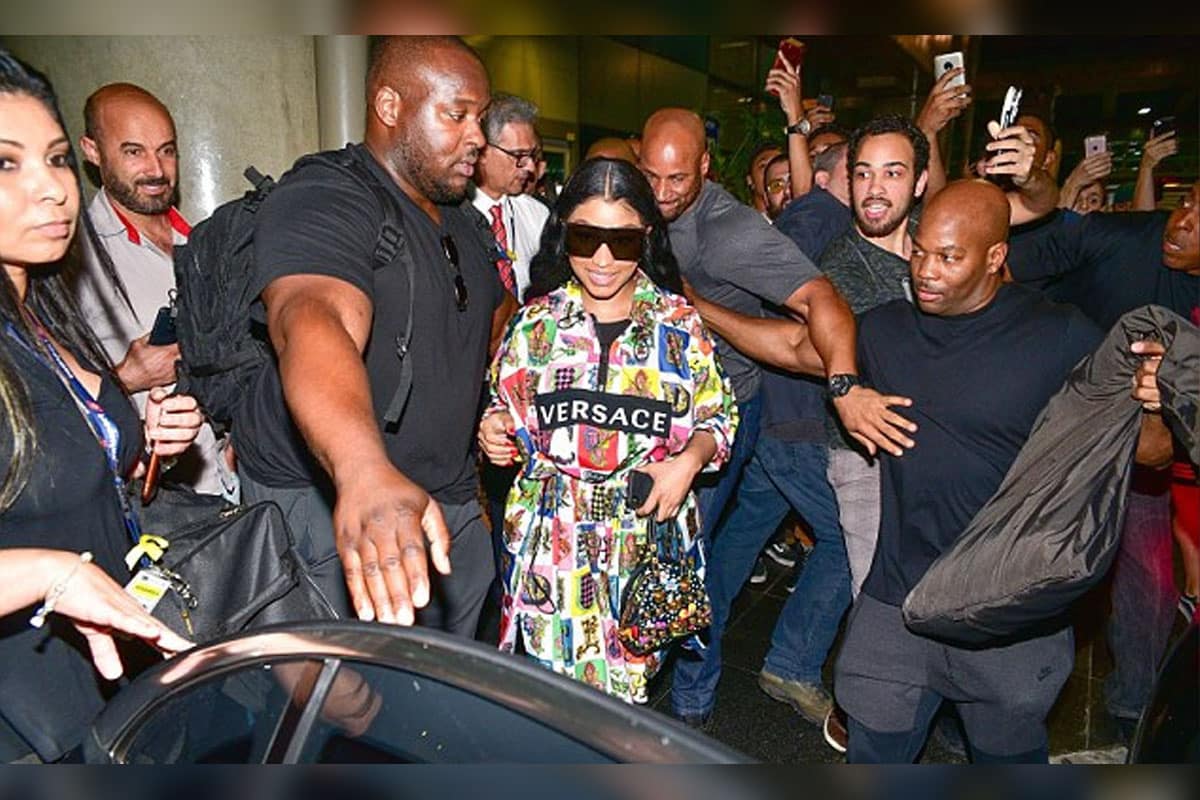 Although Minaj is not particularly strange to sassy attitude, she still needs some protection from overly-motivated fans.

She needs bodyguards who will stop at nothing to prevent any harm and take the extra mile to ensure that she is safe and sound, far away from disturbance and distraction.

She does have bodyguards with those qualifications.

In 2013 New York Fashion Week, she was just trying to walk through the crowd of people.

Her bodyguards did the job and made sure that she could get through without any difficulty.

While all of this was happening, Stella Bugbee – the editorial director of The Cut – was accidentally trampled by the bodyguards. 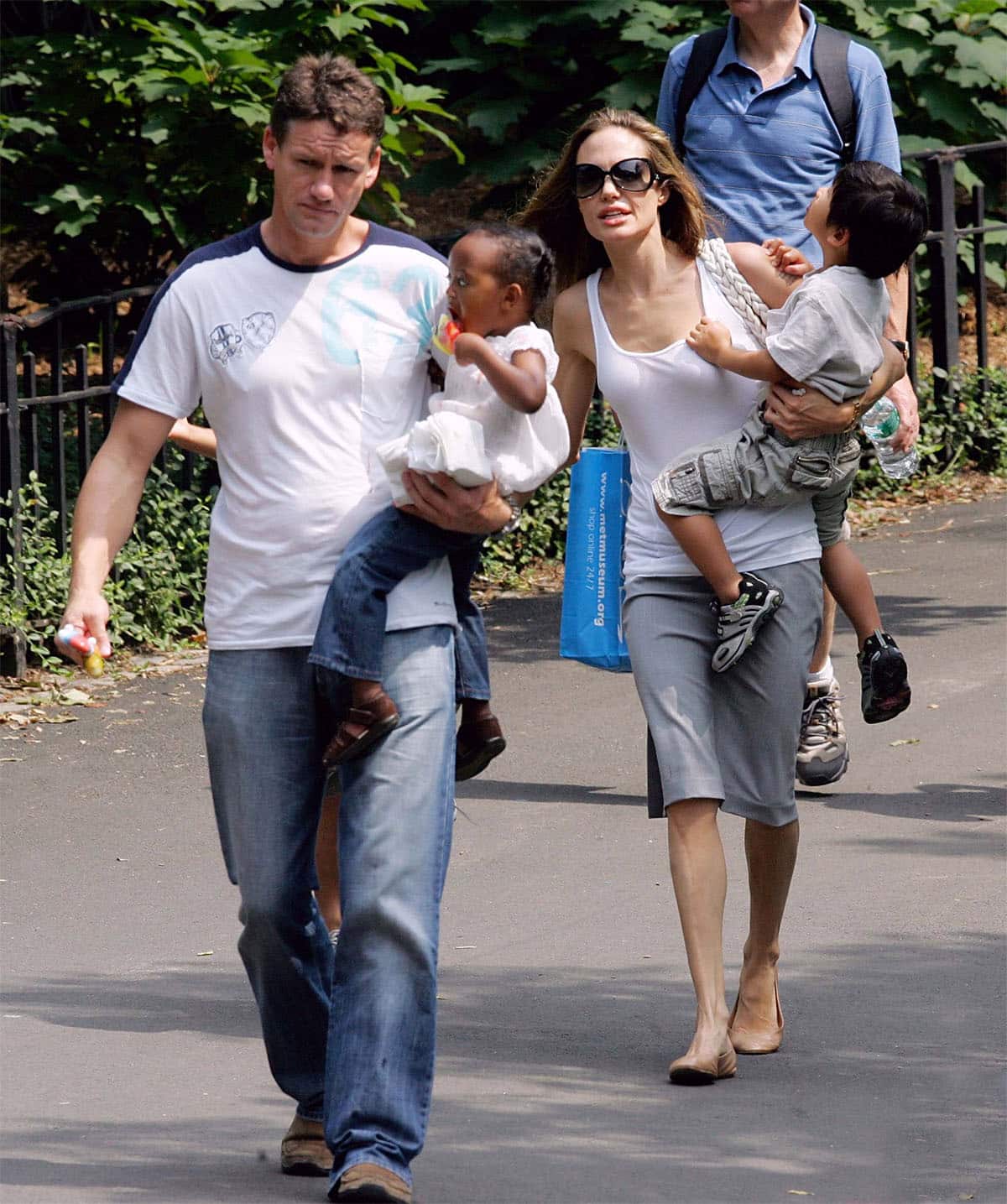 Mark Billingham is a decorated war hero. He spent 27 years in SAS and took his experience in battlefield to protect A-list celebrities including Brad Pitt and Angelina Jolie as well as their six children.

He must have done pretty good job because he was then promoted to be the head of security for the entire family.

Billingham has an imposing figure but it does not mean he always uses physical force to keep people away; he certainly can if he wants to, anyway.

At some point during his work for Jolie, Billingham managed to have someone arrested for stalking his boss. 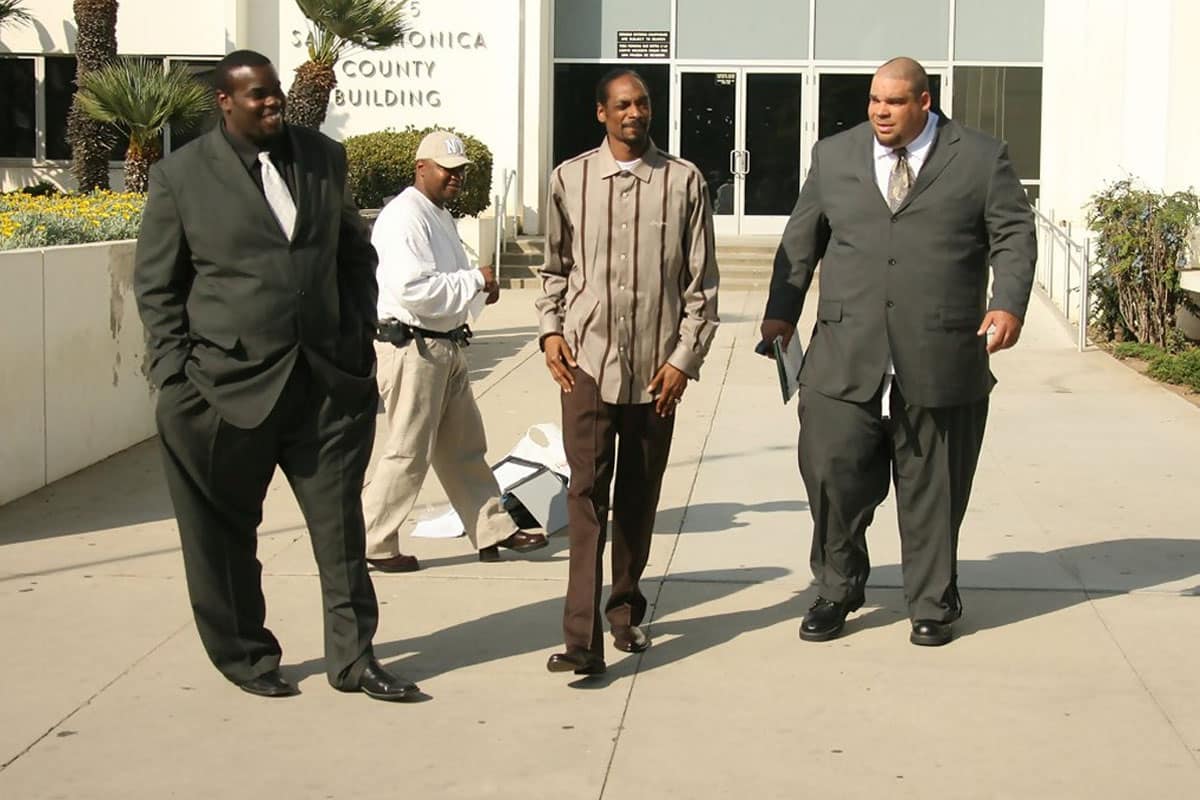 There is also a story when bodyguards incorrectly read the situations and made even worse mistakes for their overly-cautious nature.

At Ricky Harris’ funeral, someone was trying to get too close for Snoop’s comfort so his bodyguards came along to take control of the situation.

It was in a funeral so for most people the right thing to do was to ask the person politely and perhaps quietly to make some distance.

The only problem was that the bodyguards did not even care if they were in a funeral; they simply went for him. Nobody was arrested. 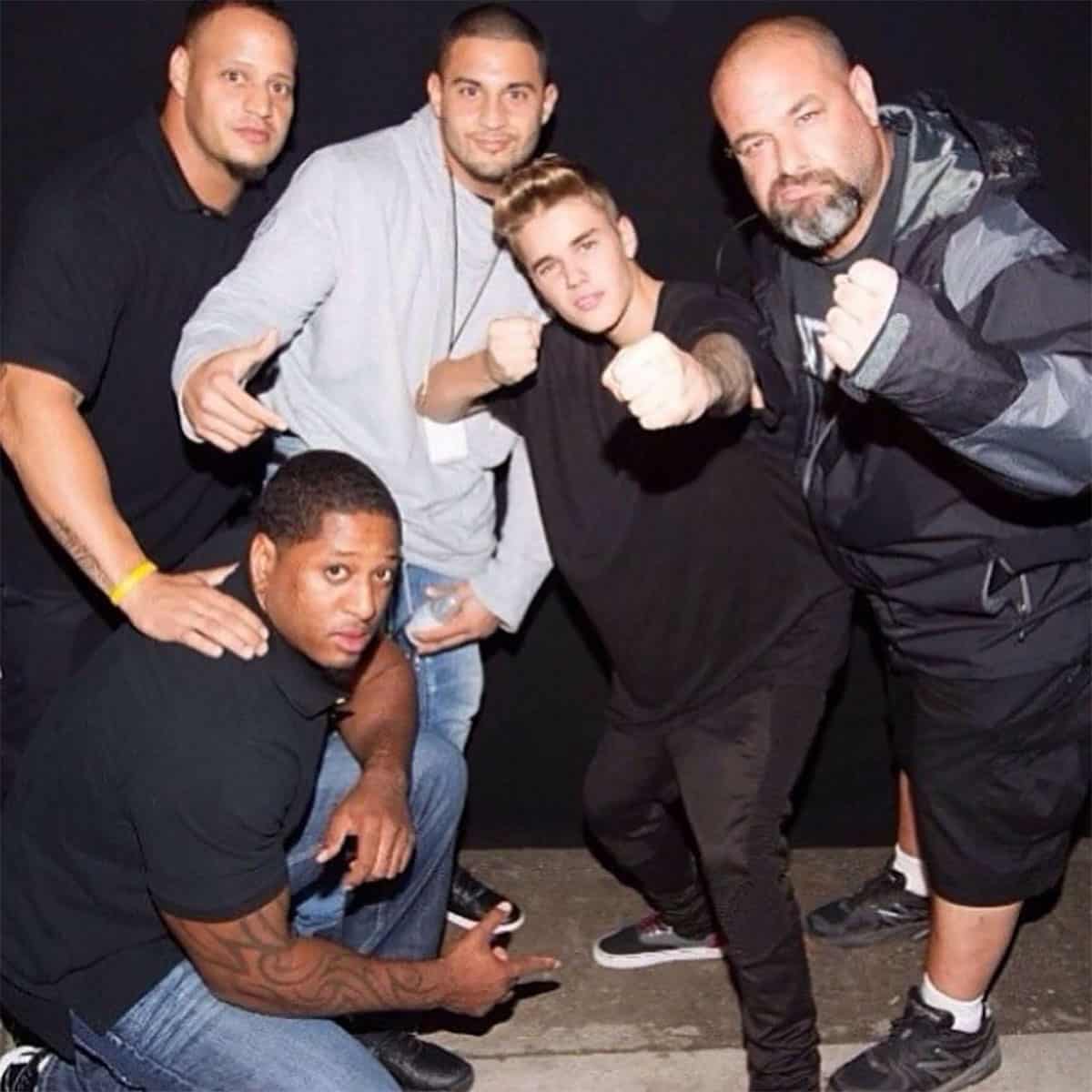 The young celebrity whose career was climbing almost in an instant, Bieber, once told his bodyguard to take the memory card of a camera from a photographer.

Bieber noticed that there was someone trying to take picture of him and freaked out, so he told a bodyguard to do whatever necessary to get the camera’s memory card.

The photographer was put on a chokehold and then body-slammed.

The bodyguard of course did what his employer asked him to do, but was “doing whatever necessary” really necessary?