by Factionary 1 year ago3 weeks ago
011.2Kviews

When you hear the word “family,” what comes first to your mind? It’s most likely a group of people that have you feeling loved and warm inside. People that are close to you and in whose company you feel safe.

Many things might come to you, but a group of homicidal cultists would not be anywhere on that list.

That was the Manson Family. A band of free-living people who spent their lives in penniless ecstasy, following the teachings of their leader, Charles Manson.

Manson was everything to his followers. He was their religious leader, their father, a lover to some of the women, and finally, the one whose words compelled them to commit mass murder.

It isn’t easy to convince someone to walk into an actress’s home, murder her guests, and stab her sixteen times.

All these happened while the actress in question, Sharon Tate, was eight and a half months pregnant. Those words must have been something.

Maybe you want to take a look into the life of this serial killer and the beautiful young girl who took a liking to him while he was in prison.

You may think it’s a good idea to do that. Well, I wouldn’t recommend that if you want to sleep well at night. If you still want to continue, then do so by all means. But I warn you; you won’t like what you see. 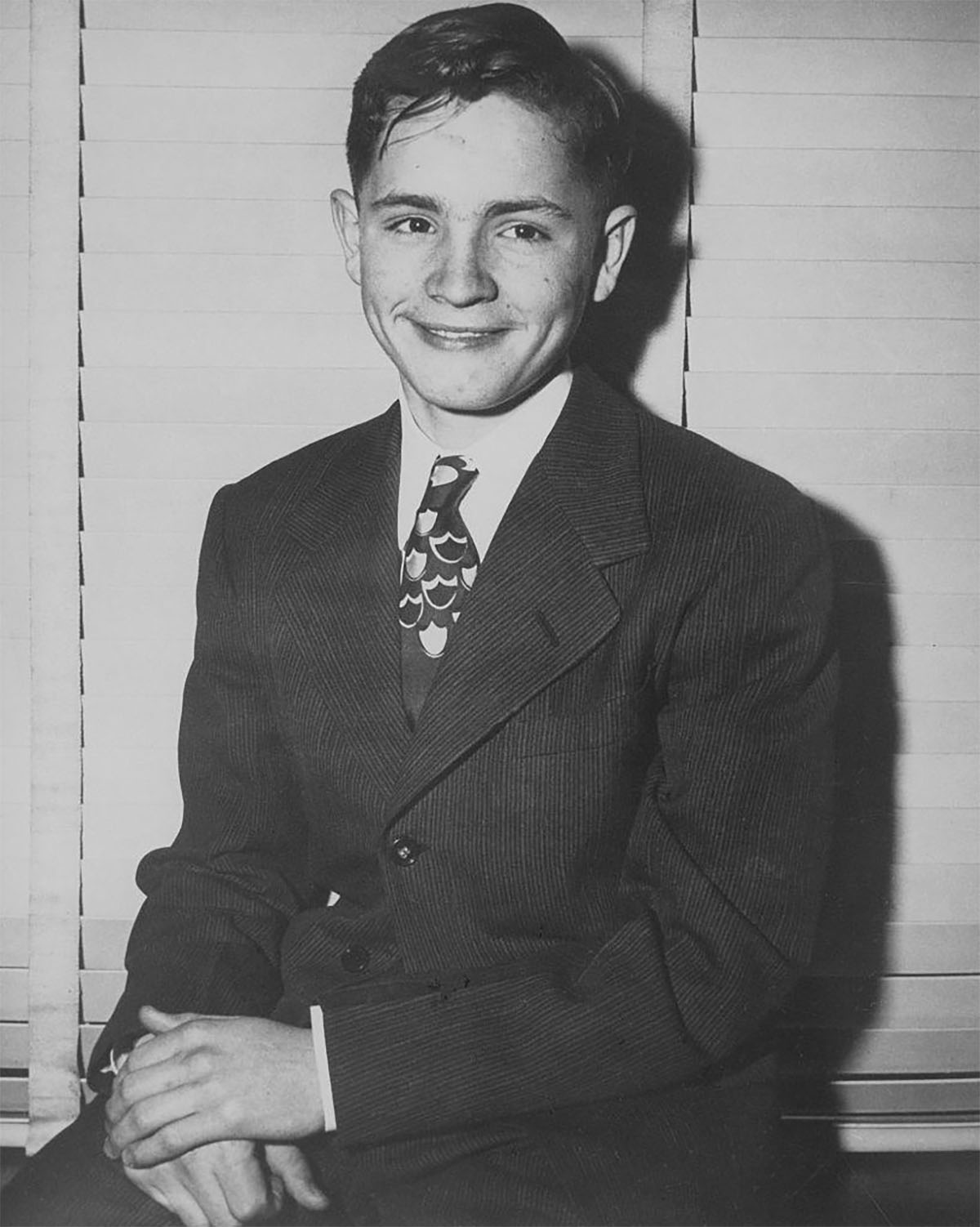 10 /10 Charles Manson Had A Lousy Childhood

Manson’s parents weren’t model parents for care and affection. They weren’t even around for much of his childhood.

Charles was born to Kathleen Maddox on November 12, 1934. His father had been a con artist who fled when he realized that he had impregnated Kathleen.

After that, Maddox married William Eugene Manson, a laborer, and Charles retained his last name.

On the other hand, Maddox was in and out of jail for most of Charles’ childhood. That left him to be shuffled from the care of relatives to foster parents and reform schools. 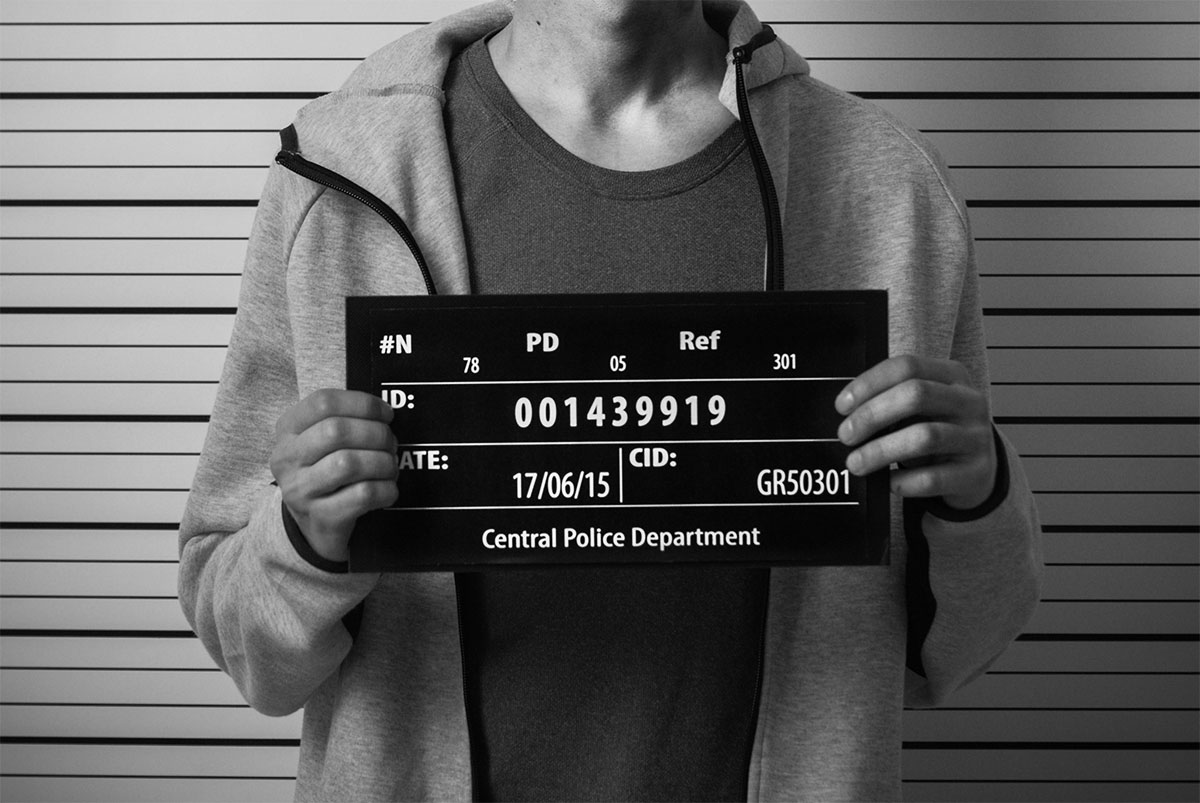 9 /10 He Was A Juvenile Delinquent

Due to the troubles at home, Charles was a perfect example of a problem child.

At the age of nine, he had already committed arson by setting his school on fire. He was a truant, and he ran away from his reformatories no less than eighteen times.

He was also a fan of grand theft auto– the crime, not the video game series.

On one of his escapes, he and a fellow student laid their hands on a gun and stole a car. They committed two armed robberies on their way to Peoria, Illinois.

On another escapade, he and some other students attempted to drive to California from Indiana in stolen cars. They were caught in Utah.

He got out in 1954, married Rosalie Jean Willis in 1955, and promptly went back to jail in 1956. He had stolen a car in Ohio and, like a caring husband, had driven his wife to Los Angeles in it. For taking a stolen vehicle across state lines, he soon found himself serving time.

He was released in 1958, but he still found his way back to prison and spent most of the next nine years incarcerated.

Shortly after Manson was released from prison in 1967, Manson gathered a following. He somehow convinced them to abandon their previous lives to stay with him at the Spahn Ranch, Los Angeles County.

Every prophet has their ideologies, and Manson wasn’t different. He taught two main things.

The first one was ATWA, which stood for “Air Trees Water Animals.” Manson believed that man should live in balance with these four things.

The second was “Helter Skelter.” Manson believed that the blacks would rise and kill all the whites except Manson and his family. He called that war Helter Skelter, and he encouraged his followers to start it. That was where the bloodshed began.

6 /10 He Instigated The Manson Family Massacre

On August 8, 9, and 10, 1969, the Manson Family Massacres happened under Manson’s encouragement. Their victims included the actress Sharon Tate and her guests on the 8th and 9th, Leno and Rosemary Labianca on the 10th. The Labiancas owned a chain of grocery stores.

After the murders, the Spahn Ranch was raided, and the Manson Family moved to Death Valley, California. They lived there for a while before the arrest of Manson and the perpetrators of the massacre.

5 /10 Manson Was Imprisoned For The Last Time

The Tate-Labianca murder trial began on July 15, 1970, and lasted for nine months, the most protracted and most expensive murder trial in American history.

Manson and the three other members of his family on trial didn’t show any form of remorse. The trial was a bizarre one, with Manson and his followers appearing in court with an “X” carved in their foreheads and graphically describing their atrocities.

Manson had hoped to exonerate himself from the murders because he hadn’t directly ordered the murders. The jury begged to differ.

According to them, his ideology was an act of conspiracy. They sentenced all the defendants to death, but this was amended to life in prison after California abolished the death penalty.

Let’s skip thirty-four years to 2005. When Manson first got in touch with Afton Burton, a seventeen-year-old who had taken a liking to him after reading about ATWA.

When she turned 19, she moved to Corcoran, California, to visit him in prison. And see him she did, spending hours at a time with the convict.

Afton believed Manson was innocent, and she managed a few websites that proclaimed that. Manson seemed to like her as well, even giving her a nickname, “Star.”

By 2014, many photographs had surfaced online showing the two of them in intimate and loving embraces. On November 7, they were issued a marriage license. They were supposed to get married within 90 days, but Manson was sent into solitary confinement before that happened.

2 /10 Manson Wasn't Too Keen On The Marriage

According to some sources, Manson wasn’t as enthusiastic about the marriage plans as Afton. He even referred to those plans as “a bunch of garbage.”

He only played along with the girl for the toiletries she brought whenever she visited. He had a good thing going, and he had no plans to ruin it.

Some stories have it that Manson canceled their wedding plans when he discovered that Afton wanted to use his corpse as a tourist attraction after his death.

In January of 2017, Manson was suffering from gastrointestinal bleeding in prison. He was receiving treatment until he died on November 19 due to cardiac arrest resulting from respiratory failure and colon cancer.

Even after his death, Afton denies claims that her relationship with Manson was based on anything other than genuine feelings.

November 19, 2017, saw America bid good riddance to one of the most persuasive psychopaths to walk the earth.

After spending most of his life in reformatories, Charles Manson didn’t believe he was a part of the society. The “X” on his forehead signified that he had “X’d himself” from the world.

But the thing is, it’s unlikely that anyone in the world wanted him in it. Other than Afton Burton, of course.

Frankly, we’re thankful that the only places we can see Charles Manson are in movies and articles like this one.