Everybody’s heard about Charles Manson, the dangerous psycho reviled by the media as Evil incarnated. Oddly enough, the criminal mastermind the establishment painted him to be never committed any actual murder.

He was a small-time crook, a highly delusional man, and, in many ways, he was a victim himself. The real story of Manson is hard to understand as you need to carefully pick fact from myth.

And you have to look at those times as Manson’s story cannot be separated from the social and political climate of the late 1960s. 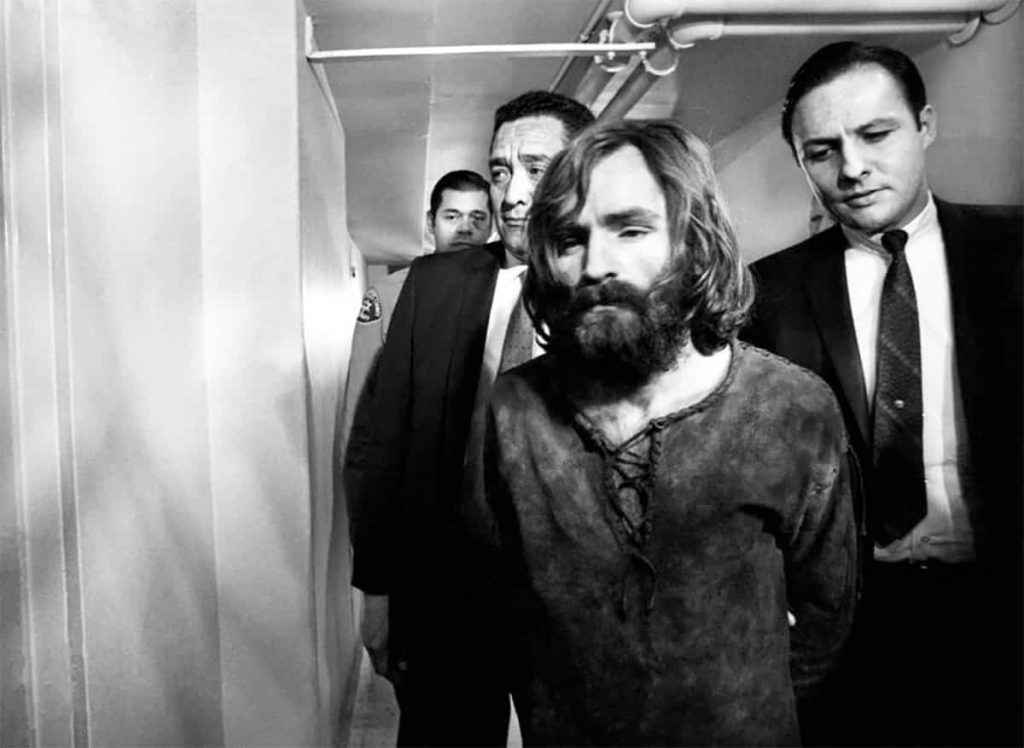 The flower power movement, the hippies, the Summer of Love sent panic waves through the conservative political establishment of the era. There was a rebellious young generation challenging the system.

Maybe the movement would have died on its own, but it was the emergence of the national bogeyman that sent the flower-power counterculture to an early grave.

Meet No Name Manson, Yours For A Pint Of Beer

He was born under an ill-fated star and the story of his childhood reads like a page from the Making-of-a-sociopath textbook. We called him ‘he’ because they boy didn’t even have a name originally, thanks to a very disturbed and obviously overwhelmed 16-year old mother, Kathleen Maddox, who neglected to give him a proper name.

No Name Maddox was born in 1934, in Cincinnati, Ohio, the product of an affair between a teenage girl and a conman known as Colonel Walker Henderson Scott, who pretended to be an officer when he was just a laborer and a drifter.

Kathleen Maddox would refer to her son as a flower child of the 1930s, but she managed to marry one Eugene Manson shortly before giving birth, so at least the boy would not be illegitimate.

Much good did it do him! The man who happened to give his name to one of America’s greatest criminals filed for divorce when the boy was three, citing his wife’s drinking and ‘gross neglect of duty’ as reasons. Kathleen Maddox did not have what it takes to raise a child.

According to one story, a younger waitress once told her she would buy little Charlie if she could, to which Kathleen replied “A pitcher of beer and he’s yours,” actually leaving the boy behind after gulping down the beer.

Maybe Charles Manson would have had a different path in life had such a sale been possible, but the boy was soon reunited with a messed up mother.

In 1939, Kathleen landed in jail for her role in a robbery, and the boy was sent to live with his very religious grandparents until he was eight.

Little is known about this period, except for the fact that the child would remember the moment his mother came home as the happiest of his childhood.

Repeatedly abandoned and neglect by his mother, Charles Manson would speak highly of her.

“If I could have picked her, I would have. She was perfect! In doing nothing for me, she made me do things for myself.”

Ward Of The State

When Manson was 13, his mother’s boyfriend declared he wanted to be rid of the boy, so Kathleen had him declared a ward of the state and sent to the Gibault School for Boys in Terre Haute, Indiana.

Whatever chances Manson might have had at a normal life, they flew out the window the moment he set foot in that establishment, one of the many institutions he would be locked up in for most of his life.

Life was miserable there so he ran away and went to his mother, only she drove him back to Gibault.

The second time he ran away he went to Indianapolis and lived on the streets until he was arrested for theft and sent to a correctional facility, which was even worse than the first one.

Soon after arriving there, Charles Manson was pinned down by a group of older boys and r*ped multiple times. The boy took his revenge by later beating one of the aggressors within an inch of death.

Most of the studies on Manson’s life consider this episode as the moment he started exhibiting antisocial behavior.

Hard to blame the boy though, as in that kind of institution violence was the norm and no one would ever bother to punish his rapists.

Charles Manson ran away from the institution and started a life of petty crimes, culminating with driving stolen property across state lines which landed him in federal custody.

He was only 17 and he discovered that life in jail was actually better than the hell of the so-called reform schools. 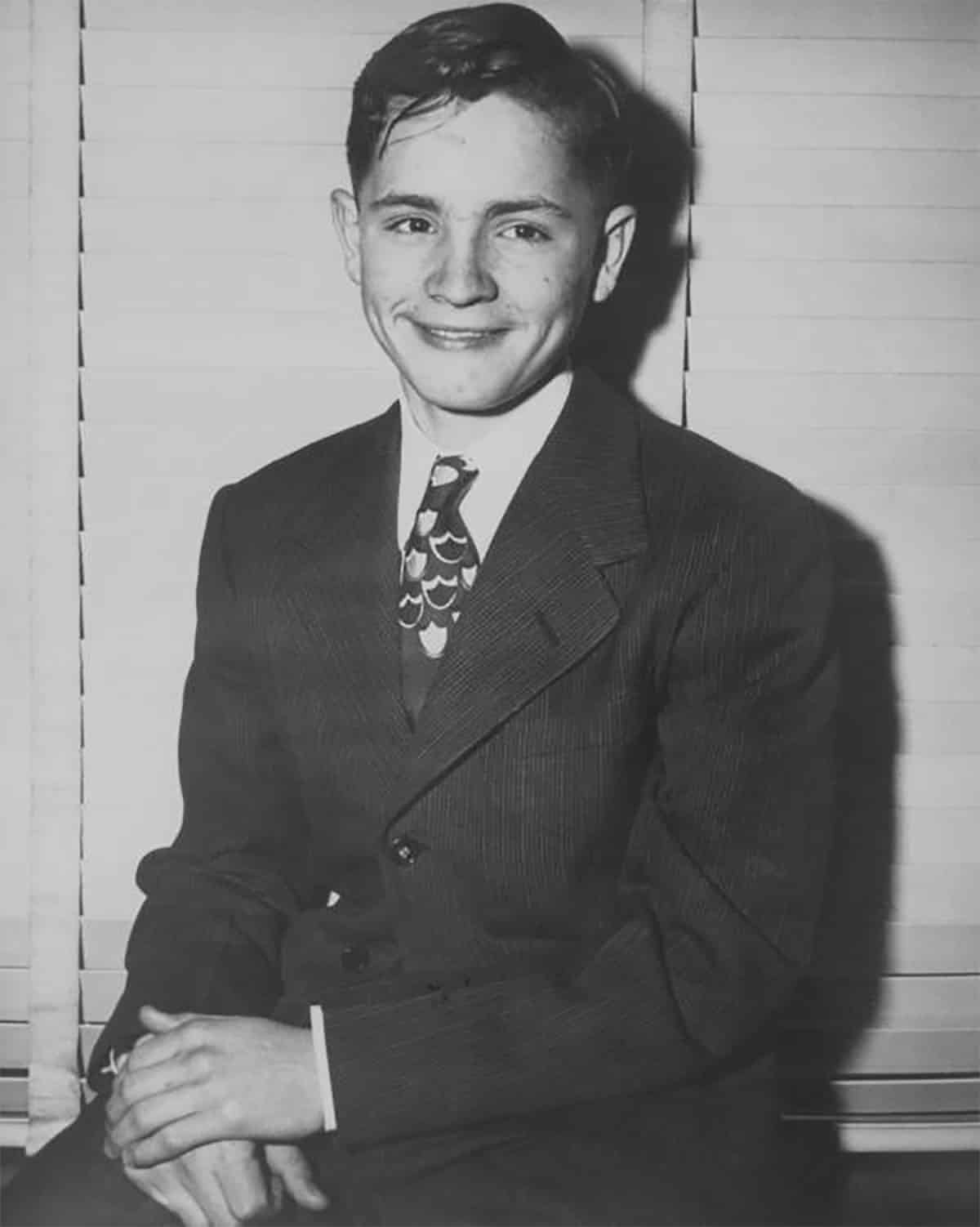 Charles Manson was paroled when he turned 19, but adapting to a normal life on the outside was not easy. In 1954, aged 20 he met the 15-year old daughter of a coal miner named Rosalie Jean Willis. Soon after that, they got married, but he struggled to find an honest job with his record.

When Rosalie got pregnant, Manson decided they needed more money than he could make as a janitor and again turned to crime. By 1956, when his son Charlie Manson Jr. was born, he was back in jail serving three years for car theft.

His wife soon fled the state of California taking the child away which further contributed to Manson’s unraveling. Charles Manson started taking lessons from the other criminals, studying the art of being a successful pimp.

Released in 1958, Manson found himself a woman to exploit, Leona Candy Stevens, but he also fell in love with her, which made the situation extremely complicated.

Though he professed his love for Candy, that did not stop him from sending her out to work up the moment when in 1959 his second child, Charles Luther Manson was born.

The event did not change Mason in any way. He still needed money and he now had more women working for him.

Again threatened with arrest, he fled to Mexico where it is believed he started experimenting with hallucinogenic substances. In 1960 he was arrested by Mexican police and extradited to the US where he was sentenced to 10 years in jail.

He was by now a hardened criminal so he had nothing to learn from the other inmates, except music. He found someone to teach him music and another idea got into his head, that of becoming a famous musician, preferably a rock star.

Head Of The Manson Family

In 1967, Manson was again paroled and released just in time to witness the flower power era and he soon turned to what he knew best – attracting young women. Not necessarily to exploit as a pimp.

He was an adult, way more experienced than the runaway teenagers that flocked to California during those years so he had no problem recruiting not pr*stitutes, but followers who came to live with him at an abandoned movie set known as Spahn Ranch.

He used his undeniable charm on them and he was famously told Lynette Squeaky Fromme “I am the God of fuck.” The girl became one of his most ardent followers, to the point that she tried assassinating president Gerald Ford in 1975, in a protest action.

It wasn’t just s*x that Manson used to gain power over his fans, there were also copious amounts of drugs and words. When he was not busy trying to land a deal as a musician, Charles Manson preached to the disenchanted teenagers about a new world he would bring about.

Oddly enough, Manson spoke a lot about the environment and about racial problems, topics that have resurfaced, and once again dominate the public agenda more than 50 years later. 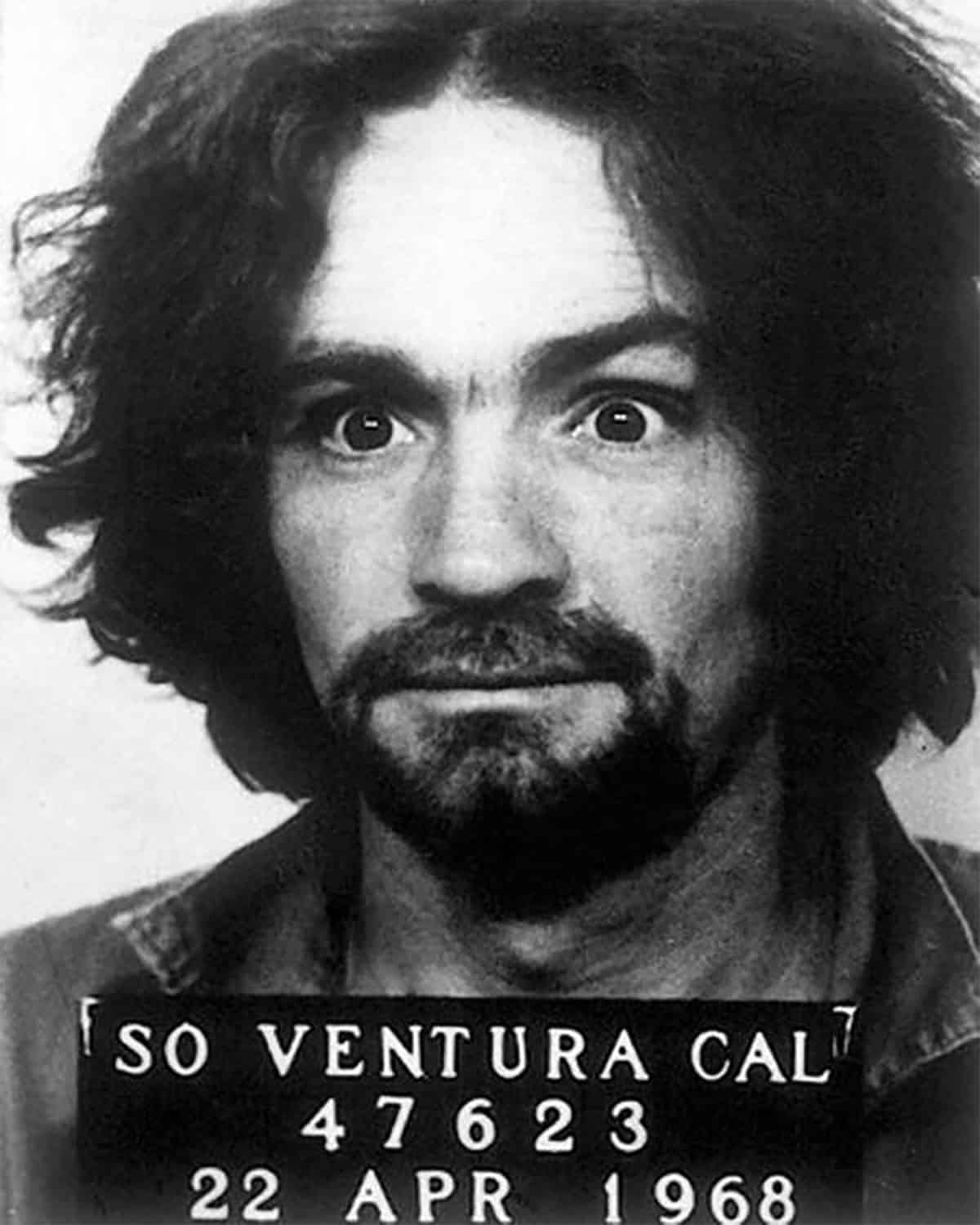 It’s hard to say what Manson really believed and what the prosecution charged him with at the 1970 trial.

The commonly accepted story is that Charles Manson wanted to start a revolution, the famous Helter Skelter, a term borrowed from a Beatles’ song.

The idea was to start a war between white and blacks, which the Manson family would wait out hidden in the dessert.

They would later emerge and rule the world. While he might have said things to this effect, Manson was also wrapped in his dream world. He constantly tried to make it in music, but failed. Not to mention his dealings with the drug world.

Officially, the infamous Tate-LaBianca murders of 1969 were the first step in starting a war race, but there are other more mundane explanations. Charles Manson panicked when one of his associates got arrested in connection with a drug deal gone bad and a murder.

When he ordered his followers to go and kill anyone in the house where heavily-pregnant actress Sharon Tate lived it might have been just a sort of cover-up for the murder his partner was charged with.

There have been speculations that his followers were a bunch of crazed kids who later landed the blame on Manson and made him a scapegoat for their crimes.

This might or might not be true as it was obvious during the trial Manson still had formidable power over the others arrested in connection with the Tate-LaBianca murders.

What is abundantly clear is that Charles Manson was made a scapegoat by the establishment. The hype around the case was exploited to warn the general public against the perils of the flower power revolution. The message sent to the average American was “Don’t let your kid become a hippie, or they will end up like the Manson lot.”

As President Richard Nixon put it in a speech at the height of Manson’s trial, Americans should be wary of the young generation’s tendency to “glorify and make heroes out of those who engage in criminal activities.”

Charles Manson died in jail in 2017 but his legend lives on. To many, he was indeed a criminal or at least a deranged lunatic. For some, he was a hero and will continue to be so for the foreseeable future as legends tend to grow after the death of their hero.