by Factionary 6 months ago2 weeks ago
8.8Kviews

During 1986 the nuclear reactors at the nuclear power plant in Chernobyl were going through their routine tests when all of a sudden, things went awry.

This led to what everyone describes as perhaps the worst nuclear catastrophe in human history.

Two massive explosions happened and tore apart the roof of one of the reactors in the plant. Besides the blast and the debris it left behind, there was something far worse – and that was, the radiation in the entire area along with its surroundings.

In case you do not know, radiation is extremely damaging for human life. 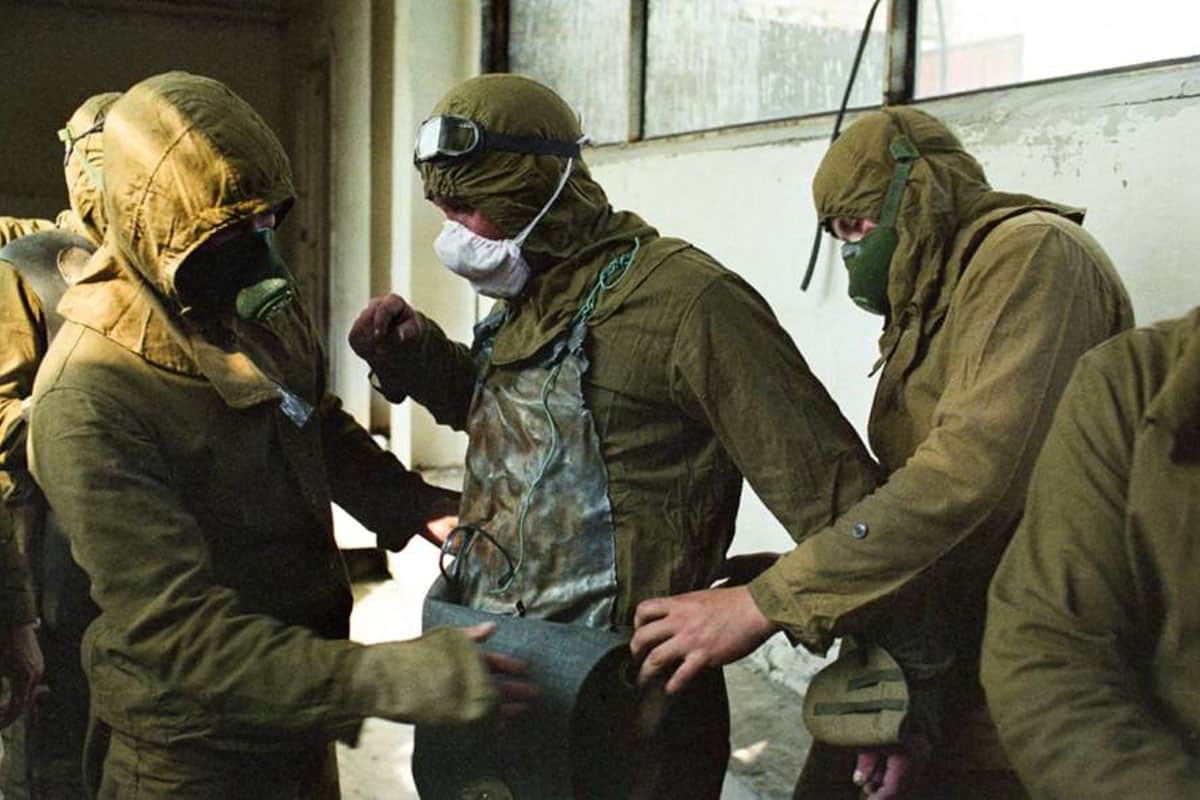 The collateral damage caused by the blast at Chernobyl was massive.

According to various reliable sources, more than 4000 people died because of the Chernobyl disaster..

What’s even worse is that this death toll only counted the people who lost their lives directly because of the blast.

It did not take into account, the slow and painful deaths caused by the radiation that remained in the area and its surroundings for a significant amount of time.

That being said, human beings are considered the strongest species for a reason.

Whether they have to go through the terrible conditions of the ice age or whether an asteroid hits the planet earth, human beings always band together and find solutions to carry on.

This is more than evident when you find out that scientists discovered tiny life forms at the Chernobyl sight.

These life forms particularly piqued the interest of the scientists as they survived the harsh environment of Chernobyl.

The Discovery That Surprised Everyone

The Chernobyl disaster of 1986 remains the most terrible incident in history. Its impact was such that it caused the death of thousands of people years after it actually happened.

You may find it surprising that the radiation that the Chernobyl disaster left behind still looms large in some of its surrounding areas, although it is not as extreme as it used to be back then.

Despite the death and damage caused by this disaster, scientists did not lose their sense of curiosity with this case.

They performed and continue to perform research to see if they can learn something to prevent future incidents and prepare better safety measures.

Fortunately, their researches did not go in vain as they found out that the hot spot was also a massive mecca of a particular fungi type.

A well-known source known as Popular Mechanics claimed that scientists found more than 200 species along with 100 genera of various fungi that were thriving from the radiation present at the site of the disaster. 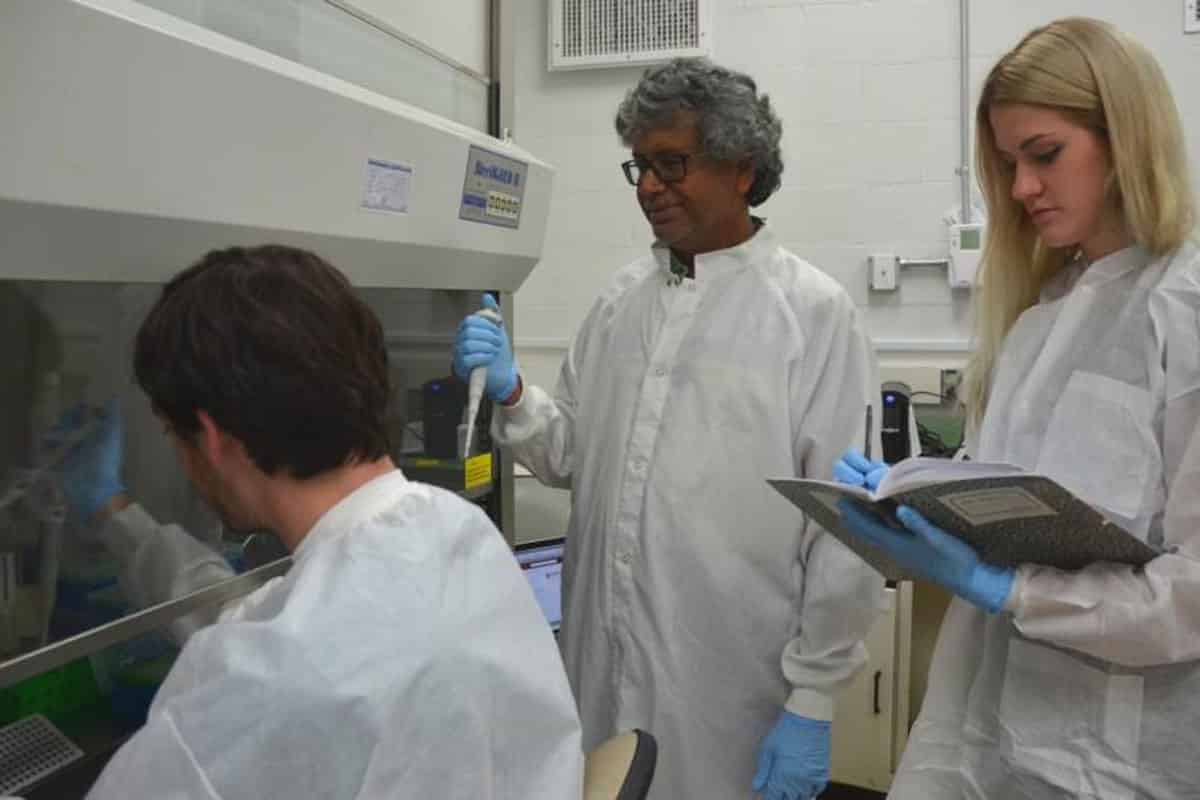 The first well documented discovery that astounded every one happened in 1991 when a group of scientists discovered fungi growing and thriving on the abandoned reactors wall.

The wall still had gamma radiation on it which makes this discovery all the more surprising.

Suffice to say, finding out that fungi was growing on gamma radiated walls left everybody stunned. It caused researches to study the organisms even further.

They first conducted research on organisms called “black fungi”. This fungus type had high melanin concentrations. It also had 3 different species, all of which were thriving from gamma radiation.

The strains, Wangiella dermatitidis, Cryptococcus neoformans, and Cladosporium sphaerospermum were all growing remarkably quickly because of the radiation.

The scientists also noticed that these strains were growing towards the radiation as if they were drawn to it naturally. 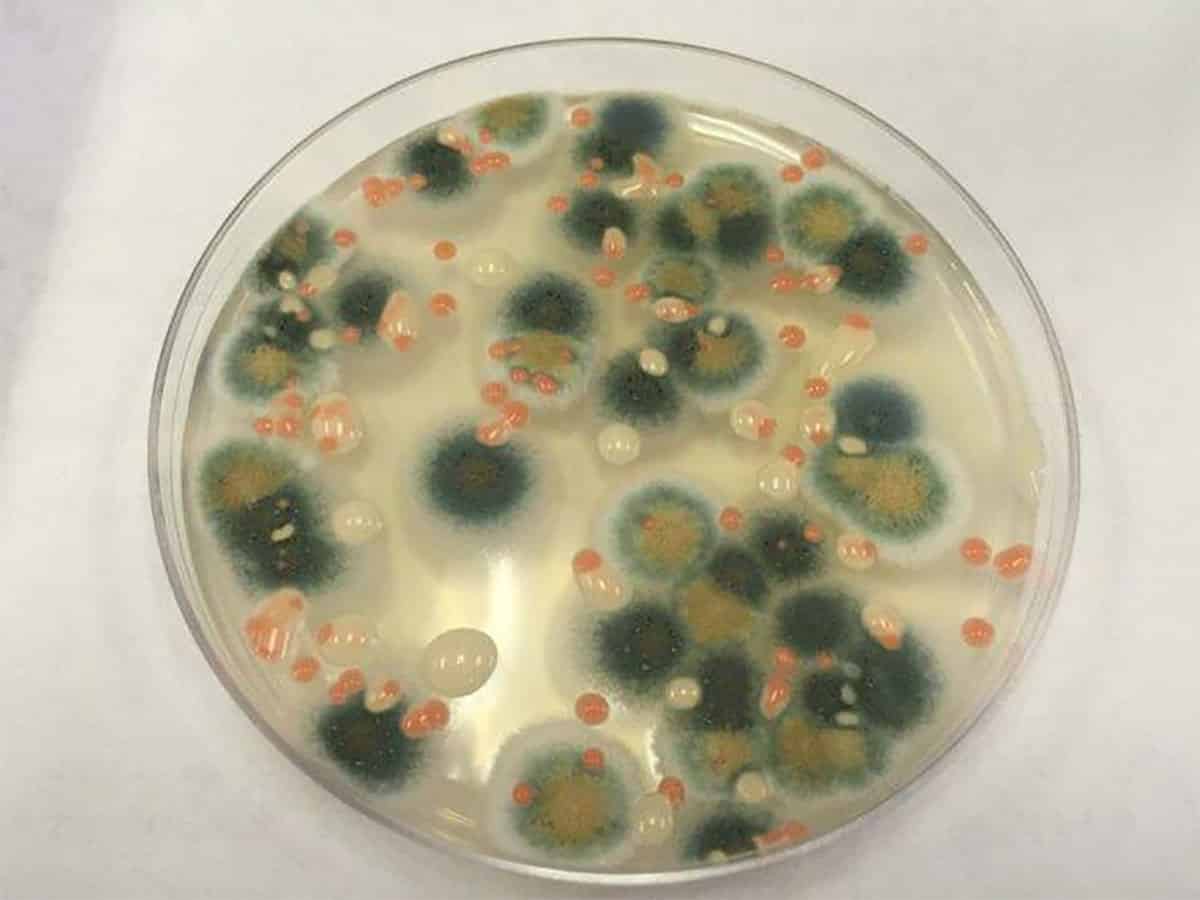 Kashthuri Venkat, one of NASA’s senior researchers, and the leading scientist on NASA’S space fungi operation, told Vice magazine that the fungi retrieved from the accident site contained more melanin in comparison to the fungi extracted outside the excluded zone.

He went on to say that the fungi most likely adapted to radiation activity as the scientists noted that more than 20 percent of the fungi was radiotropic.

What they essentially meant by the term radiotropic was – the fungus was growing towards radiation, suggesting that it actually needed it to expand.

Discovering how the fungi reacted to the radiation, scientists hope to utilize the fungus’s qualities to help people exposed with tons of radiation.

Astronauts, engineers working at nuclear power plants, and cancer patients are some people who could benefit from this.

Delving Deeper Into The Discoveries

Since the fungi present at the hotspot contained high amounts of melanin, it can feed off gamma rays and turn them to chemical energy.

You can say that this process shares some similarity with photosynthesis but only darker. Scientists call this process “radiosynthesis”.

Arturo Casadevall, a co-author who is a renowned microbiologist and has also extensively written and researched about the studies conducted in Chernobyl said that scientists always presumed that they do not know the reason why truffles and various fungi types are black.

He further said that if the fungi had primitive abilities to harvest background radiation or sunlight, a lot of people would already be using it.

Theories like this make scientists wonder if the melanin present in the skin cells of human beings converts radiation to food as well. That being said, this is just a theory and quite a long stretch. However, they still have not ruled this possibility out for other forms of life. 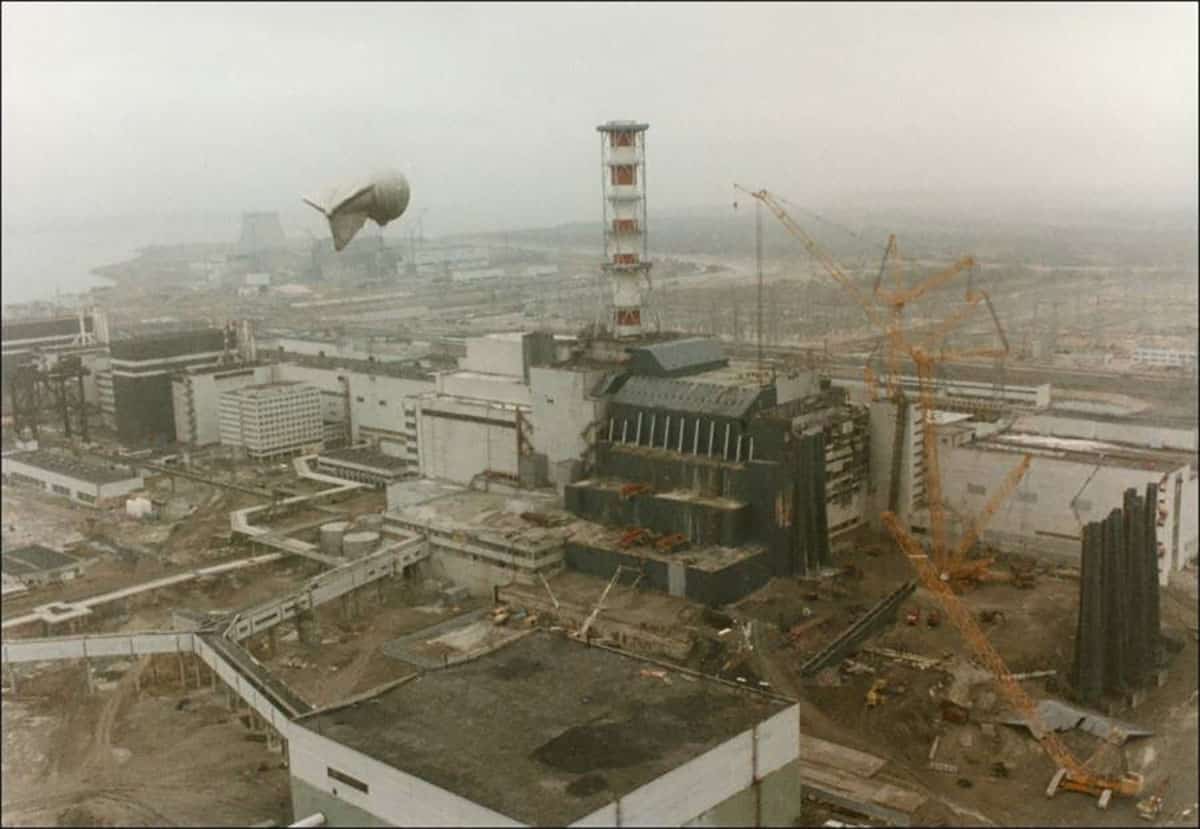 Scientists have been making efforts to extract the fungi’s power to absorb radiation for the benefit of human beings in a variety of ways.

Scientists are also hopeful that the fungus could come in handy for developing a biological energy source through radiation conversion.

Could The Fungi Help With Space Travel?

Another application that experts propose for the fungi is in space travel.

As absurd as it may sound, NASA and SpaceX forwarded a package to the ISS (International Space Station).

This package contained numerous fungi strains extracted from Chernobyl. It also had over 250 tests for the crew to conduct. 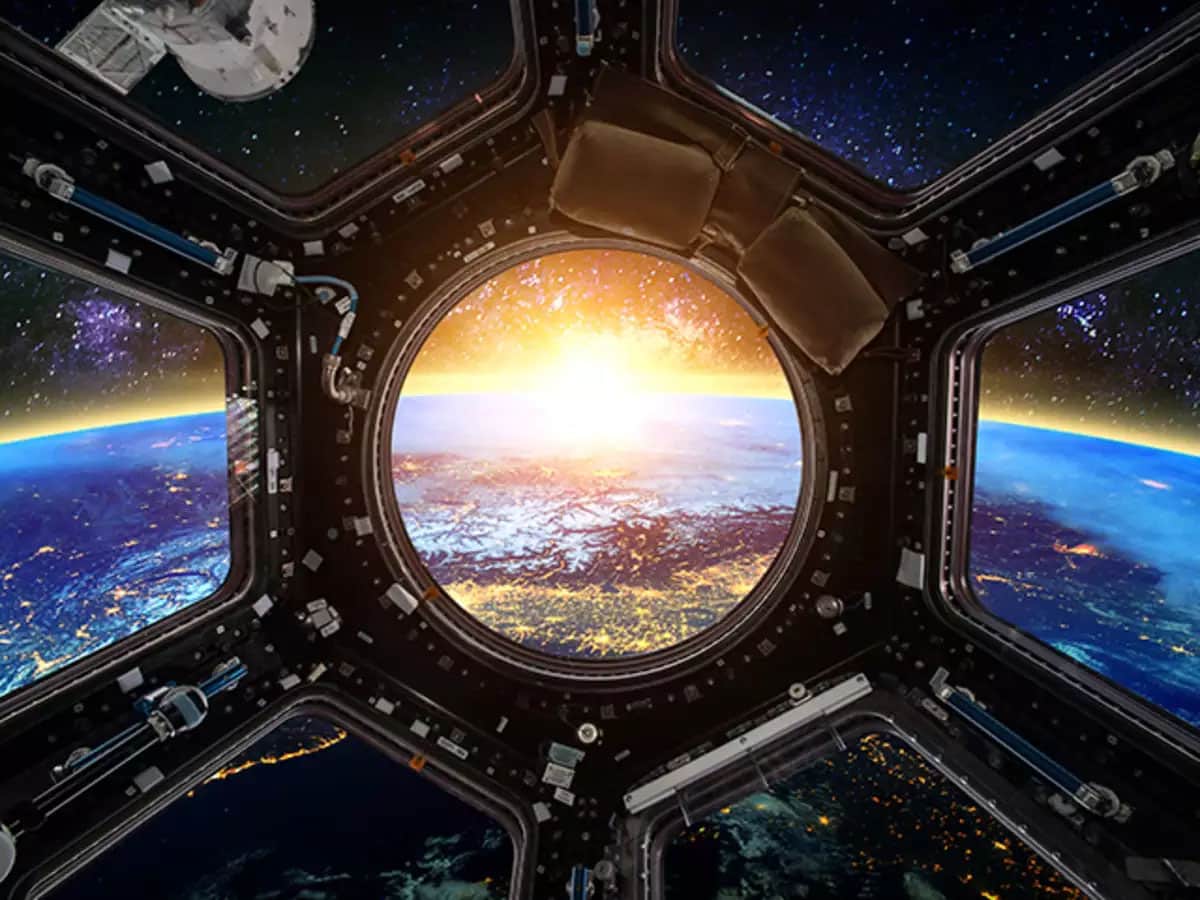 Now you may be wondering what space has to do with all of this. Well, the researchers observed molecular changes in the fungi when they were exposed to radiation.

They hope to see a similar reaction in space as well.  The plan is to expose fungi to microgravity and compare them to matching strains from the regular fungi on Earth.

NASA firmly believes that positive results could yield great results for space travel in the future as it could protect astronauts from deadly cosmic radiation.