A letter arrived at The San Francisco Examiner in July of 1969, containing the following statement, “I like killing people because it’s so much fun” sent by a person who turned out to be the notorious Zodiac Killer, a serial murderer who has not been arrested to this day.

In the late 1960s and early 1970s, the streets and remote areas of Northern California were in terror as a killer was on the loose.

He made no attempt to conceal the murders he committed, yet it appeared that he took great lengths to hide his true identity from the authorities, media, and general public.

He often sent letters after someone had been killed or an instance of attempted murder had taken place, claiming that he was the one responsible.

Some of his letters also include codes, teasing the police and media that the cryptogram would reveal his name.

The Zodiac Killer went on to commit 5 murders (al least those are the murders confirmed by the police as his crimes), but he claimed to be responsible for 37 deaths.

In the codes that have been successfully deciphered, he said every person he murdered would become his slaves in the afterlife.

The Zodiac Killer case remains open and unsolved to this day. His crime story contains many terrifying facts, some of them are listed below. Read on if you dare. 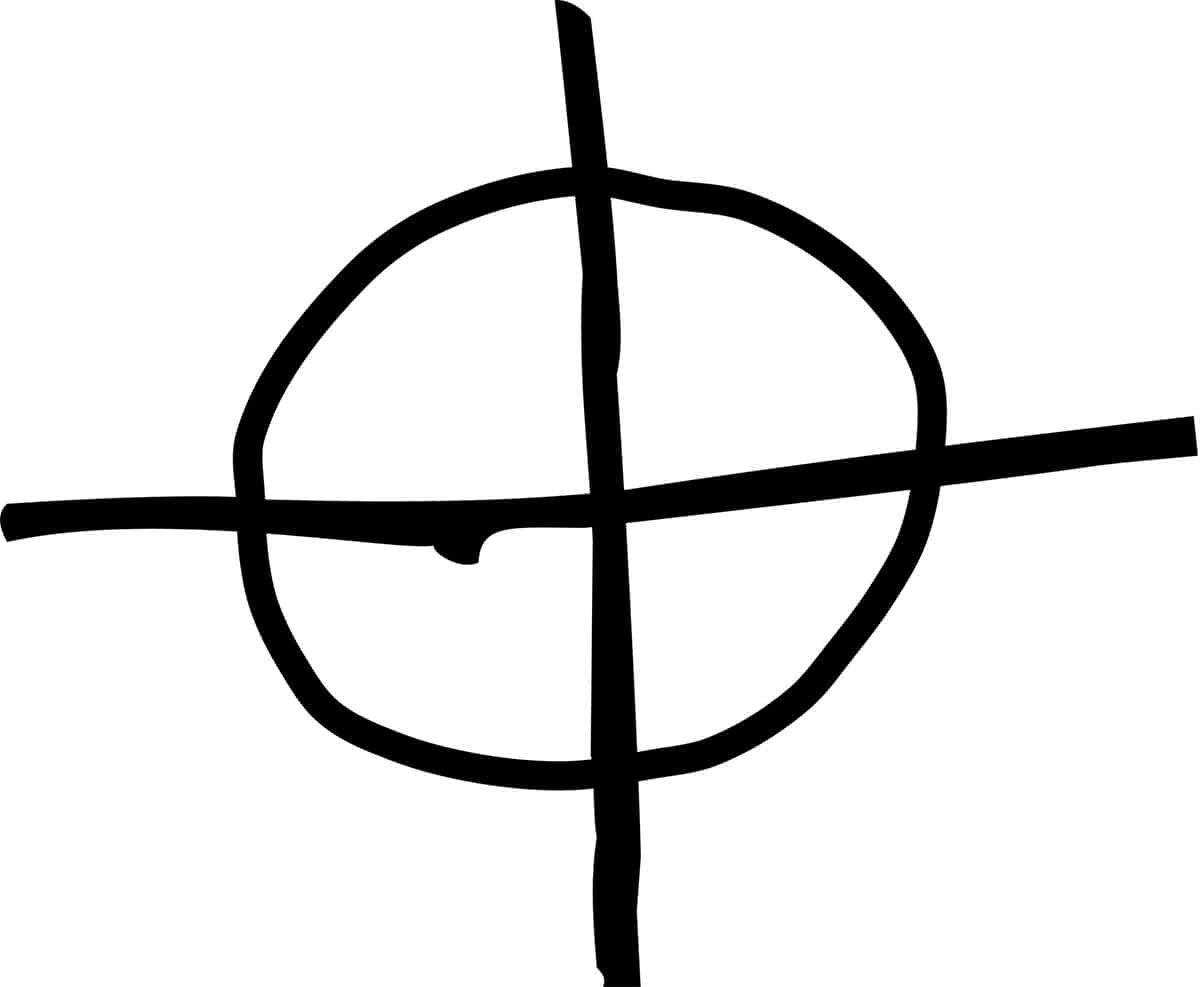 10 He Is Still Out There, Maybe

Let us start with the most shocking one: the Zodiac Killer has never been caught. He claimed to have taken 37 lives, although investigations were only able to confirm 5 of them. No Zodiac victims have been discovered since 1969, leading to a theory that he actually stopped killing.

Many movies and novels often picture serial killers as unable to control their impulse to hunt for the next victims, but in reality they can refrain from murder under certain circumstances, for example the decline of physical strength due to old age.

The thought that a criminal – who claimed to murder more than several dozens of people – has never been apprehended is terrifying. Zodiac Killer attacked seven people in various locations in Northern California in 1968 and 1969; two of them survived. It can be more dreadful for the residents of the California, but a murderer on the loose can be anywhere.

Bear in mind that the true identity of the Zodiac Killer remains unclear; the closest anybody get to proper identification is only a facial sketch. One former CHP Officer, Lyndon Lafferty, suggested that Zodiac Killer was still alive in 2014 as a 91-year-old man in San Francisco. 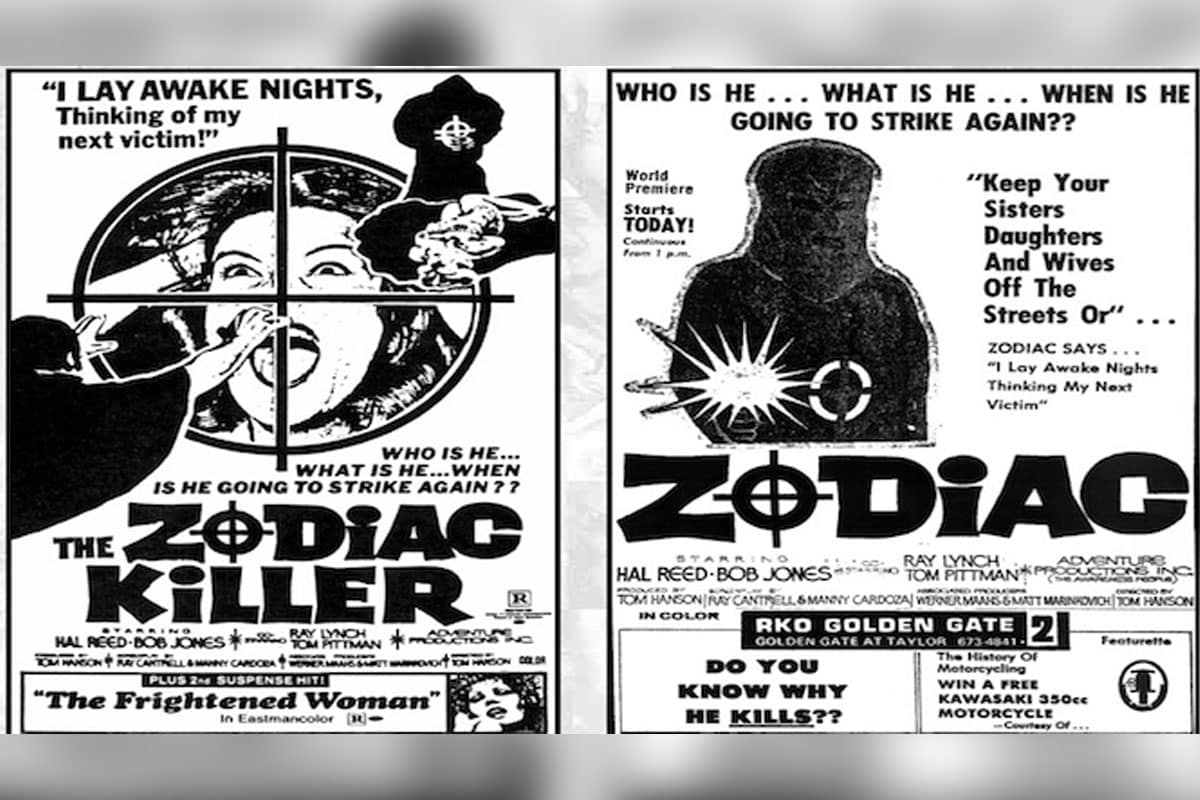 9 There Is Potentially A Copycat Killer

Based on the available evidence (of the lack thereof) that the law enforcement is able to collect over the years, there is a plausible theory suggesting the existence of a copycat killer. Apparently someone has a twisted idea that what the Zodiac Killer did was admirable enough to imitate, so a copycat committed murder with the same signature style; making an announcement of the killing.

Some people even believe that the composite sketch that was made public is a description of the copycat, not the actual Zodiac Killer. Once again, this is just an unconfirmed suspicion rather than a proven theory.

Zodiac Killer is after all an infamous figure. His mysterious identity and whereabouts, added with the fact that he has never been brought to justice, become a peculiar subject matter that inspires movies, television series, and even video games.

While the idea of a copycat killer is not that farfetched, it never attracts any serious interest from investigators or loyal followers of the case, simply because it is too much of a complication to deserve further analysis. 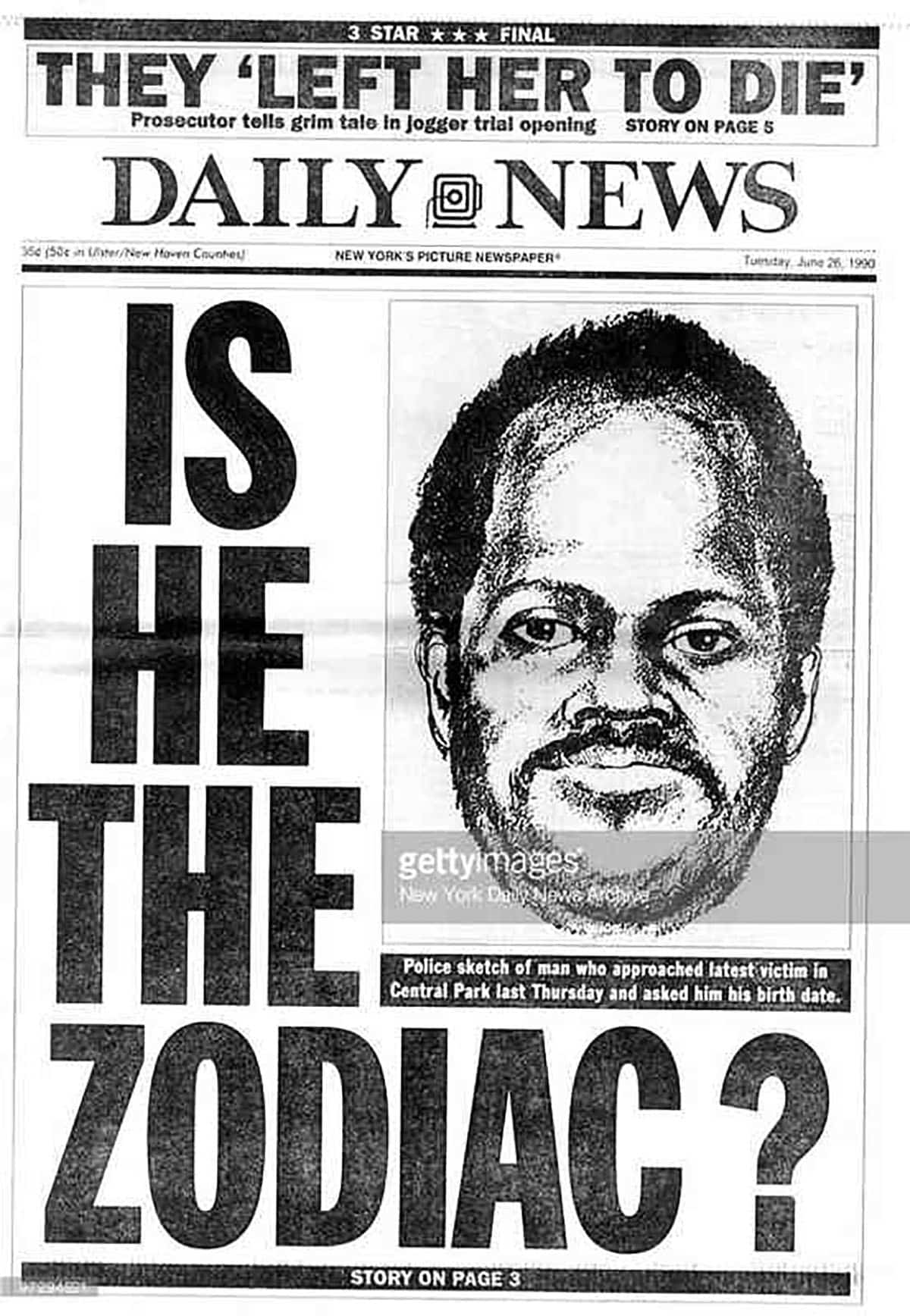 8 What We Had Here Was Failure To Communicate

Paul Stine, a 29-year old taxi driver, was killed in Presidio Heights in San Francisco on October 11, 1969. The murder did not seem to fit the typical pattern of the Zodiac Killer, so the police understandably assumed it was a different case.

In fact, initial investigation suggested it was a robbery case, but everything changed when the San Francisco Chronicle received a letter claiming the murder, sent by the Zodiac Killer and confirmed by investigators.

When the police were informed about the incident, there seemed to be a terrible miscommunication, leading the police to look for a suspect with a different description. Initial suspect was indeed a Caucasian man, but the officers on the scene were looking for a colored-man instead.

At least two police officers reported to see a man walking away from the location. They did not stop him, because he didn’t fit the description given to them by the dispatch.

In the letter sent to San Francisco Chronicle, the Zodiac Killer claimed that police had approached him but only to ask him a question. He told them about a man with a gun – which was a lie – and the police believed it. 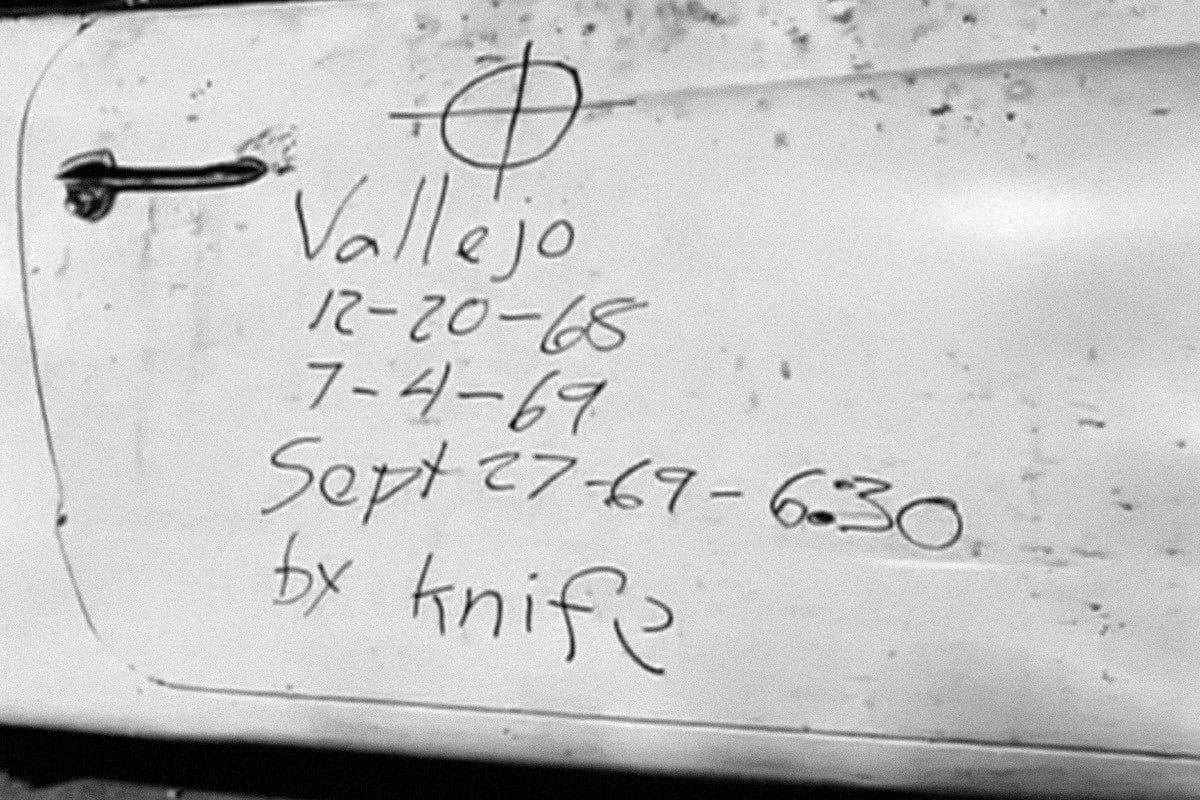 7 Message On The Car Door

The Zodiac Killer was so confident that the police would never apprehend him that he also left notes telling the police about his crimes. One of the most blatant attempts to taunt investigators was a message written on the passenger door of the victim’s car.

On late September 1969, a couple of college students Cecelia Shepard and Bryan Hartnell took a trip to the shore of Lake Berryessa, located about 30 miles of Napa, California.

When they were just relaxing along the shore a man suddenly appeared from nowhere, wearing a hooded costume and holding a gun. There was an image of a crossed circle stitched over the chest of the costume.

The stranger did not fire the gun, but he stabbed Bryan six times on the back without warning; this hooded stranger also stabbed Cecelia 10 times. She died two days later; Bryan survived.

After this stranger committed the stabbing, he wrote a note on Bryan’s car containing dates and times of previous attacks. He then called the police to describe Bryan’s car, and made a confession of his crime. The stranger was confirmed as the Zodiac Killer.

A well-known pattern of Zodiac Killer is how he provided obscure (and sometimes obvious) clues of his crimes to the police and the general public. In the letters he sent to the Vallejo Times Herald, the San Francisco Chronicle, and The San Francisco Examiner, he included 408-symbol cryptogram which he claimed to contain his true identity.

As expected, the codes were too difficult to decipher by media personnel and investigators. The newspaper eventually published the codes in the hope that someone would be able to crack them.

A school teacher and his wife, Donald and Bettye Harden, were able to decipher the codes. But as it turned out there was no name at all. It was just a taunt to inform the police that he would never give up his name because then they could try to slow him down in his attempt to collect slaves for the afterlife.

The text – based on the deciphered codes – contains many misspellings such as “dangeroue anamal” and “paradice.” There is also the word “ebeorietemethhpiti” which until today the meaning has not been determined. In one of his final letters to the authorities, the Zodiac Killer gave 13 more symbols proceeded by “My name is” and the codes have never been deciphered. 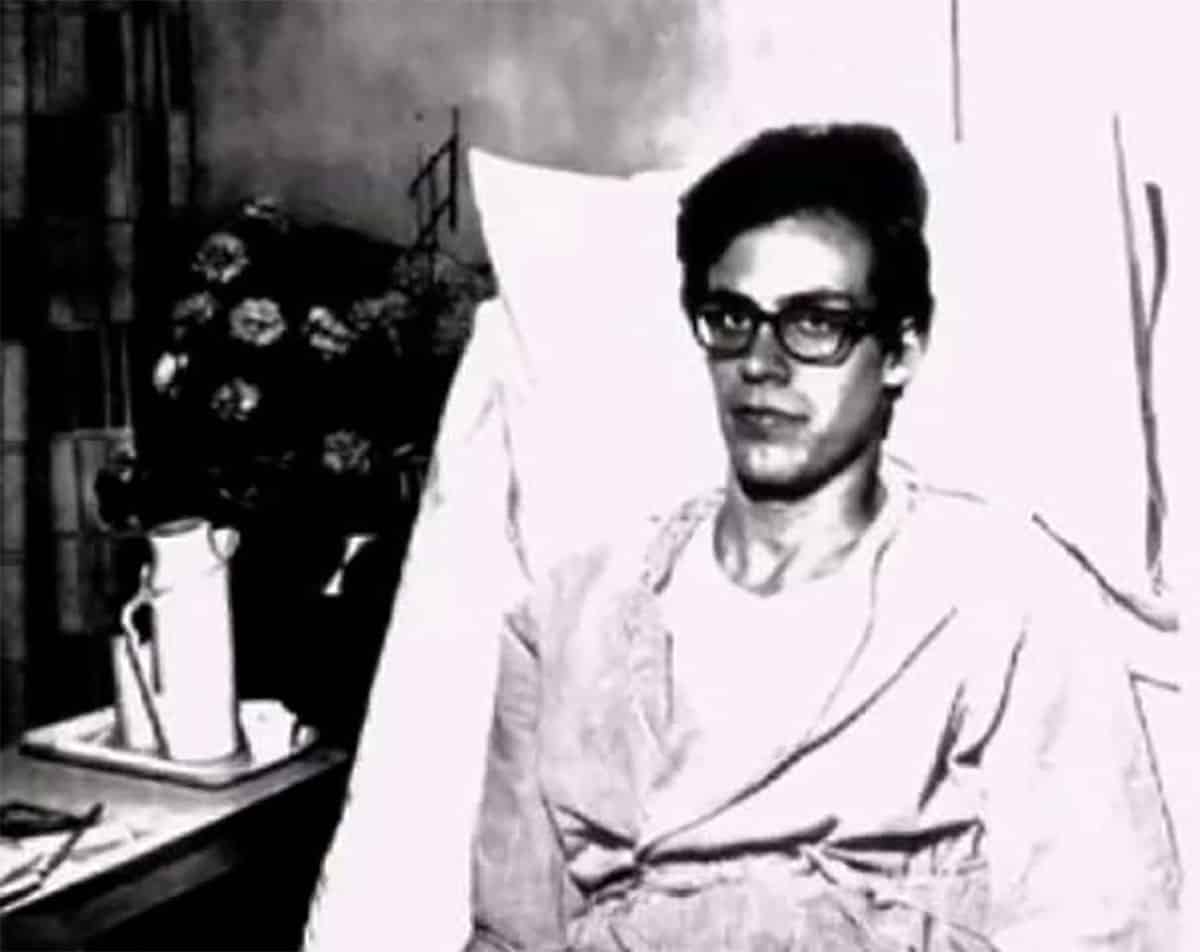 5 The Zodiac Killer Did Not Always Kill His Victims

Despite the claim that he killed 37 people, only 5 murders were confirmed as his victims. This was not for the lack of effort on his part. For example, in the Lake Berryessa attack, he attempted to kill a couple by stabbing both of them 16 times in total; the female died two days later, but the male survived the attack in spite of serious injuries

During the Blue Rock Springs attack, the Zodiac Killer also tried to murder two people, Darlene Ferrin and Michael Mageau. Both of them were shot multiple times.

The killer directed a flashlight into their eyes, before shooting at them five times. Some of the bullets passed through Mageau and into Ferrin. After the shooting, the killer walked away from the victim, but then he heard Mageau moaning and returned to shoot each victim two more times. Ferrin died, but Mageau survived. 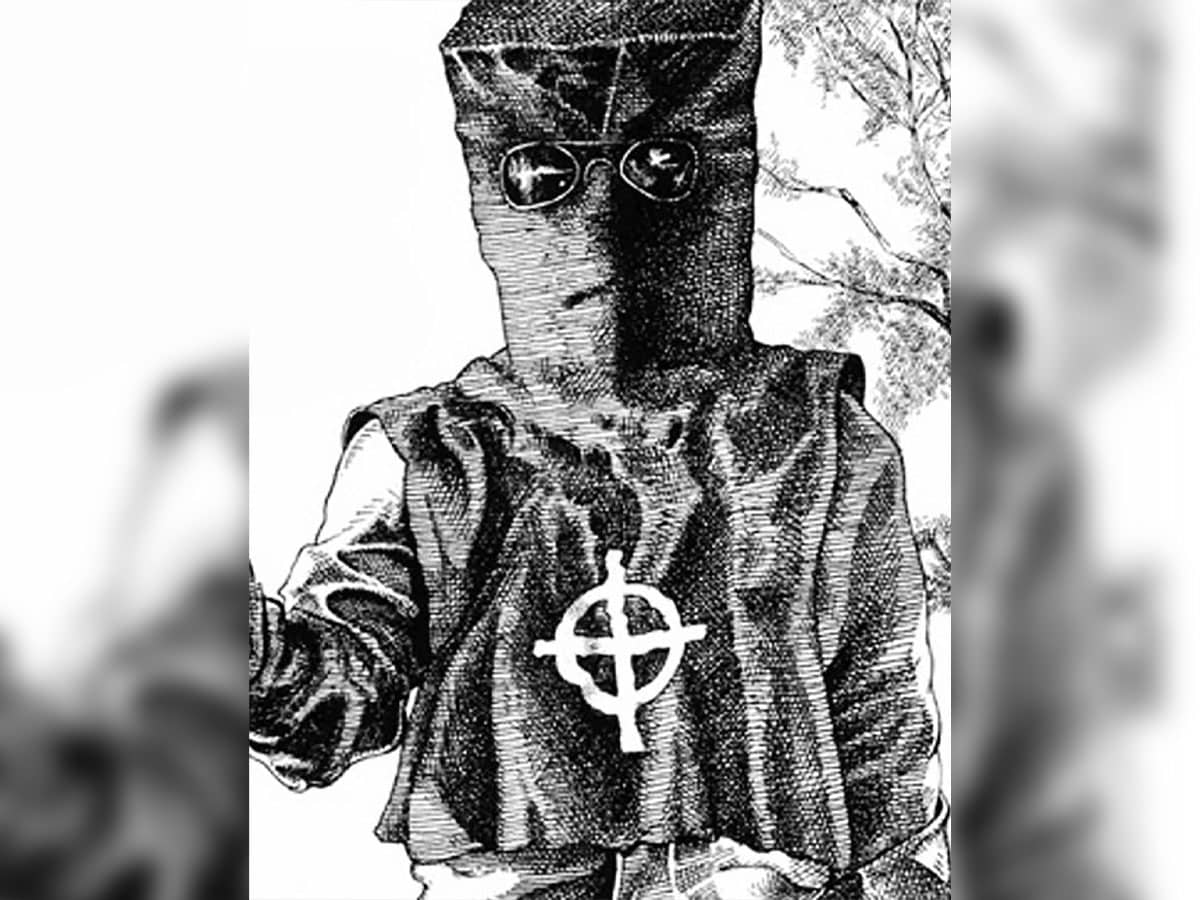 We may never know what the Zodiac Killer wore in every attack. There must be some cases where he wore normal clothing for example when he lured Kathleen Johns into his car in Modesto area.

Also, in Presidio Heights in San Francisco where he murdered a taxi driver, the Zodiac Killer claimed to speak with two police officers, so he must be wearing normal clothing, otherwise the officers would be more suspicious and act more accordingly.

During the Lake Berryessa attack, however, Bryan Hartnell who survived the attack suggested that the attacker – confirmed as the Zodiac Killer – wore a hooded costume with a cross circle symbol stitched over the chest, while carrying a gun.

Witness even said that the attacker’s hair color was visible through the hood. The attacker also wore a pair of glasses to conceal his eyes. Today it would be a normal Halloween costume, perhaps the less frightening one in fact, but in 1970s California, such a costume would bring a lasting fear for the public. 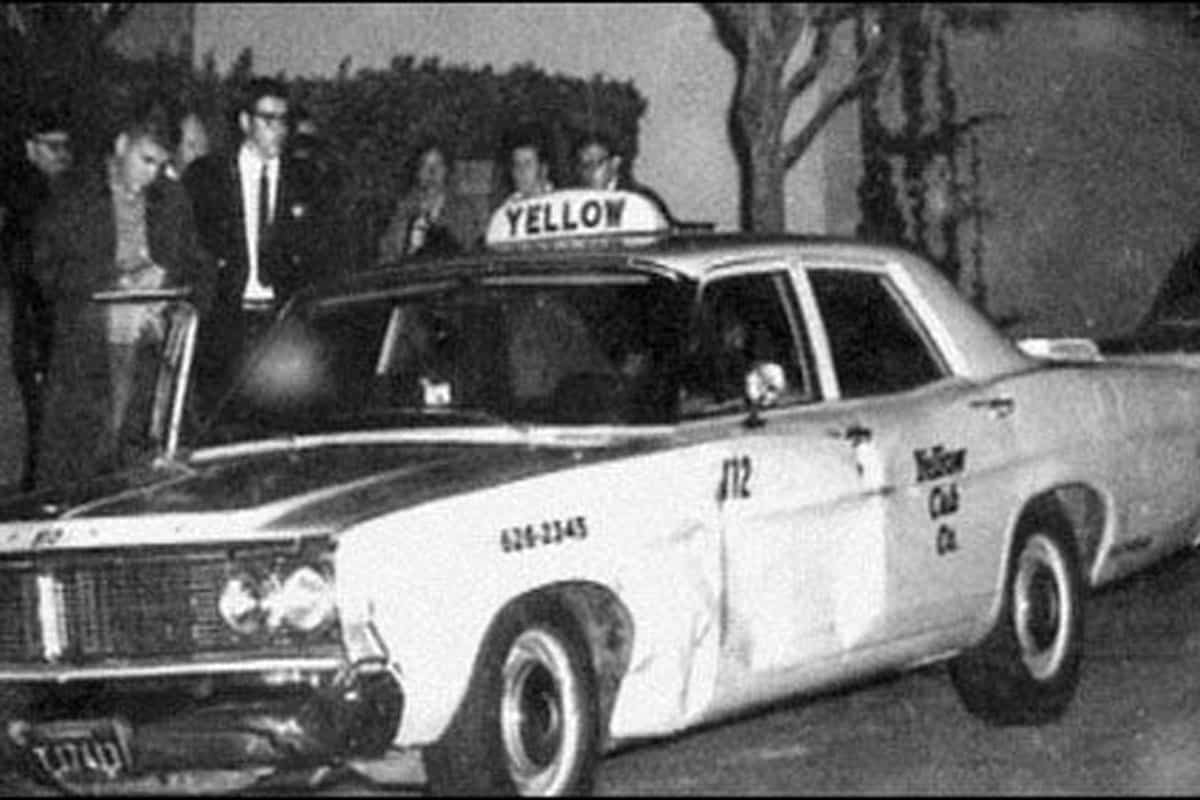 After he had shot Paul Stine, the taxi driver, in Presidio Heights, San Francisco, he made time to take a souvenir from the victim: a piece of his clothing.

In the letter he sent to authorities, he included a bloodied shirt. Investigators took the item for comparison with the victim’s clothing to find out that they were exact match. Comparison analysis also looked for DNA evidence but unfortunately nothing was found to lead the investigation to the killer.

The most chilling part was of course the killer’s inclination to take huge risk of getting apprehended as he spent more time on the scene to tore the victim’s clothing.

It was in a public place after all, so even if there was no one around the scene when the crime happened, anybody could appear immediately after the shooting and identify the killer. His confidence and arrogance were appalling, yet it appeared that he had planned everything meticulously beforehand. 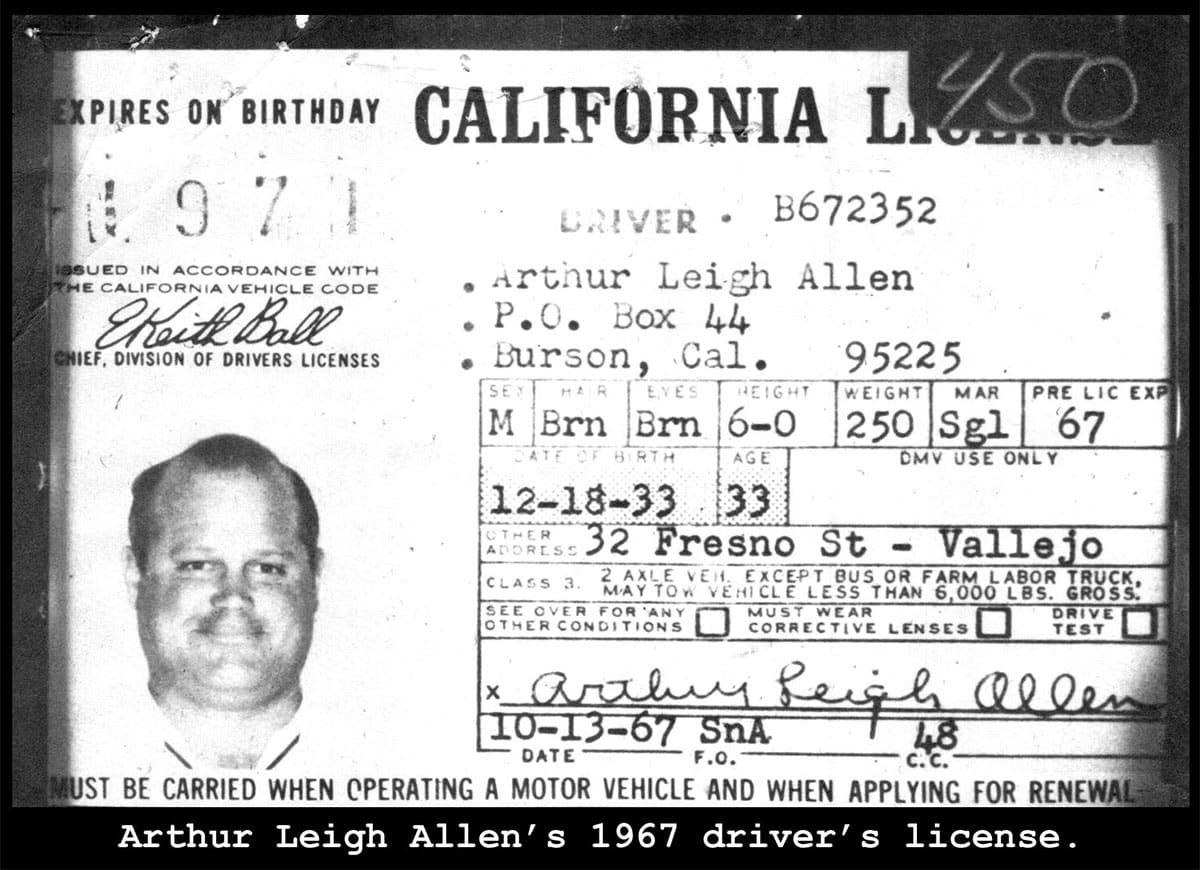 As with every topic of serial killer, the public and media take great interest in Zodiac’s cases. Not only do they come up with theories and mental health analysis of the killer, but also ideas of killer’s identity. Some of the most probable suspects are:

All probable suspects were never conclusively linked to the murders. 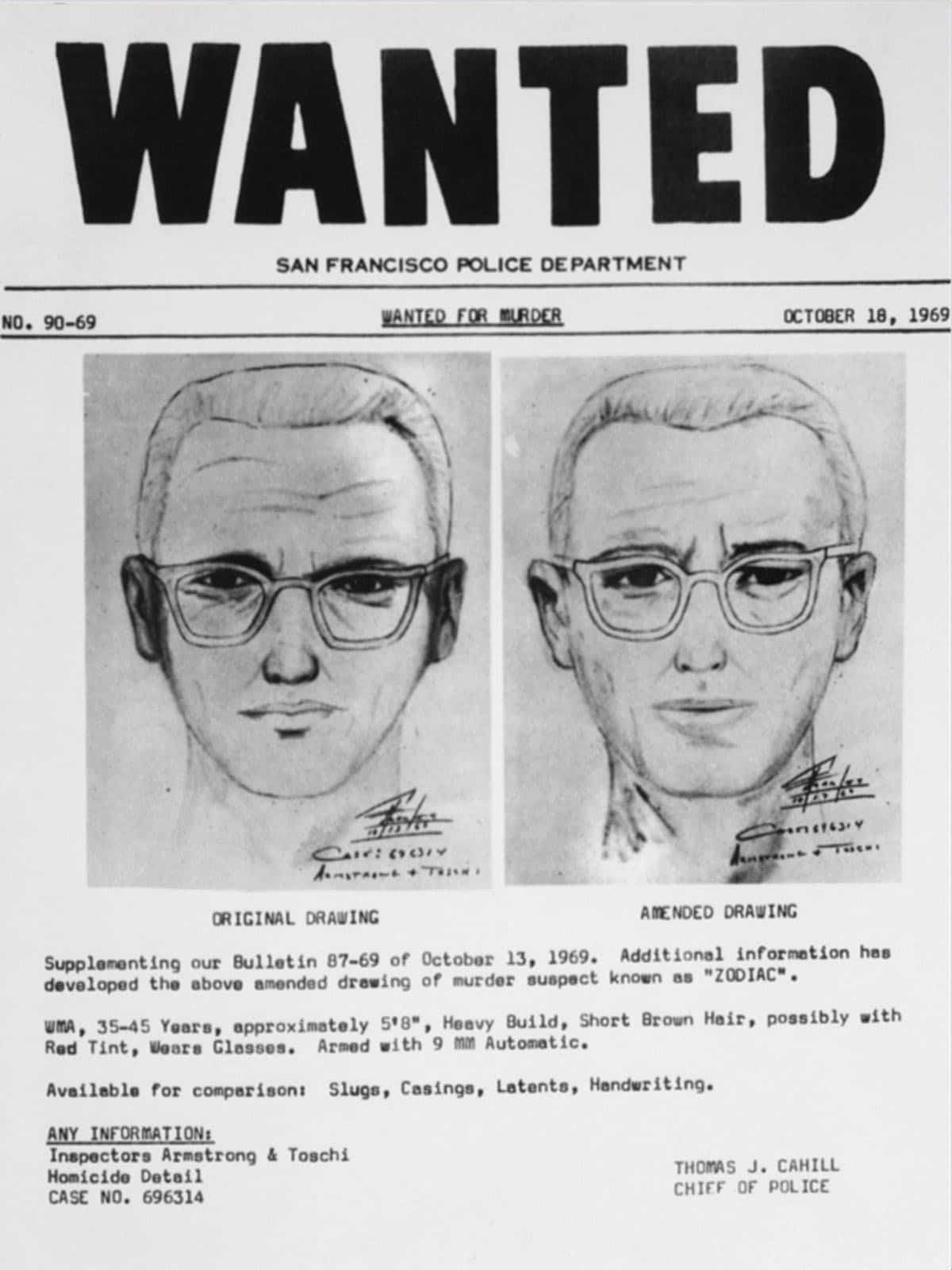 It has been 50 years since the Zodiac Killer started his brutality. All the clues, evidence, and theories collected by the authorities still are not enough to lead to the actual killer’s identity.

People may argue that in the U.S., evidence must go beyond reasonable doubt to validate conviction, which is true but it should not prevent authorities from apprehending possible suspects and conducting deeper investigations to the person’s identity.

Families of the victims deserve closure, and it is the job for the society at large to continue pursuing the truth in the case. They want to see the man who murdered their families get the punishment he deserves.

San Francisco Police Department officially marked the case “inactive” as of April 2004. However, the investigation was reopened before March 2007. Zodiac Killer is still an open case in the city of Riverside and Napa County.