by Factionary 4 months ago2 months ago
12.3Kviews

The drug-related murder of a 21-year-old Albanian last year leads to the probe of a gang of suspected drug dealers.

For years, they have successfully evaded law enforcement agents by hiding their cocaine in the Tuscan forest, which happens to be a boar-infested countryside in Italy.

Wiretap Of Gang Members Leads To The Discovery Of $22,000 Worth Of Cocaine

Police uncovered the smuggling operation in Tuscany after placing a wiretap on members of the gang, which according to The Local, consisted of three Albanians and an Italian. 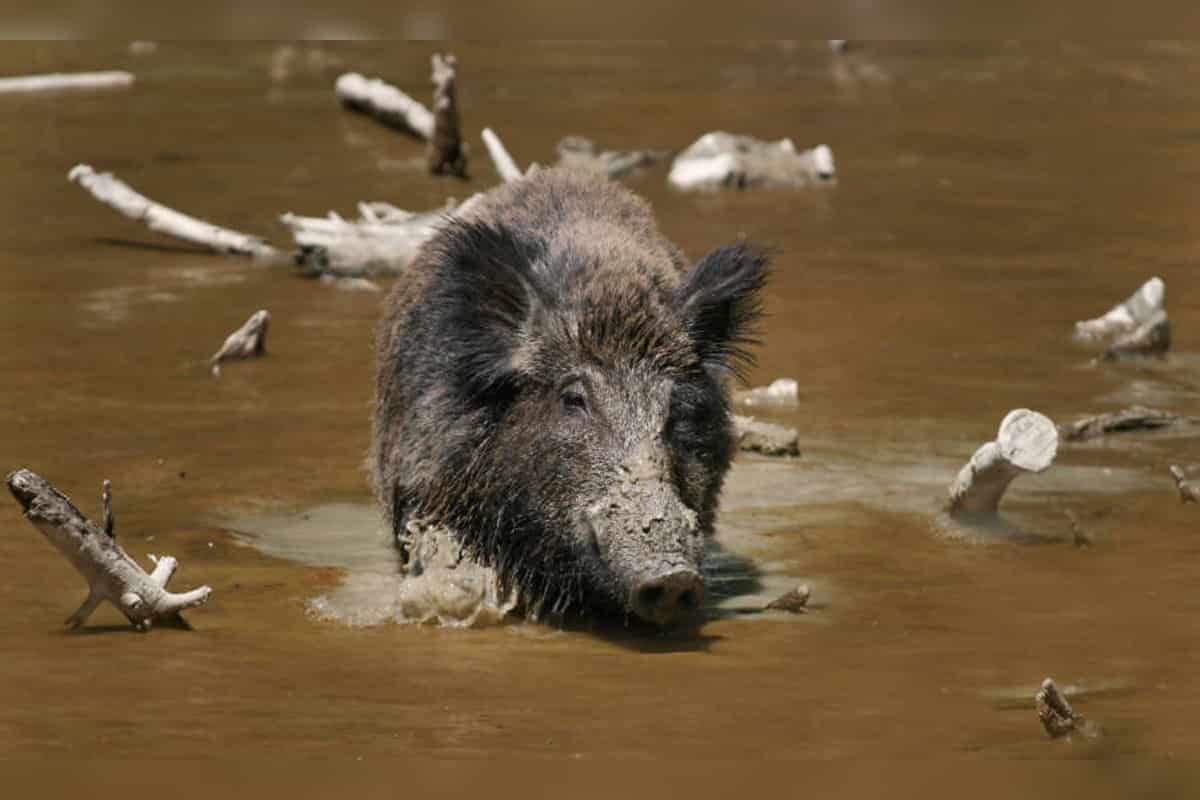 While listening on a call, officials overheard one member of the gang complaining about the damage caused by a horde of wild boars who ruthlessly destroyed their cocaine stash with utter indifference.

Save for the presence of the wild boars, hiding a stash of cocaine worth $22,000 in the Tuscan forest would have been a brilliant idea.

Once this discovery was made, arresting the three Albanian suspects and one Italian suspect after that was rather swift.

As The Local reports, the horde of wild boars dug into a sealed package of cocaine as littered the Tuscan forest and nearby woodlands with its powdery contents.

An investigation by members of the task force revealed that the drugs originally came from Perugia.

Perugia is the capital city of both the province of Perugia and Umbria in central Italy.

It covers a high hilltop and part of the valleys around the area.

The gang members smuggled the drugs from Perugia to the Tuscan forest near Montepulciano, where they peddled the drugs around Arezzo.

According to Fox News, the drug dealers had been quite prolific before their arrests.

It was the drug-related murder of a 21-year-old Albanian in 2018 that brought the gang members’ activities to the law enforcement agent’s radar.

A group of Albanian nationals, who were linked to the victim, quickly became persons of interest.

Fortunately, the law enforcement agent’s suspicion was correct as it led to the discovery of the drug stash and arrest of the gang members.

The investigation spanned from September 2018 to March 2019.

The probe also revealed that one of the gang members used a nightclub in Arezzo to peddle his drugs.

The police wiretap provided the incriminating evidence they needed to ensure subsequent convictions — which seems to have been taken care of as two of the suspects are now under house arrest while the other two are in jail. 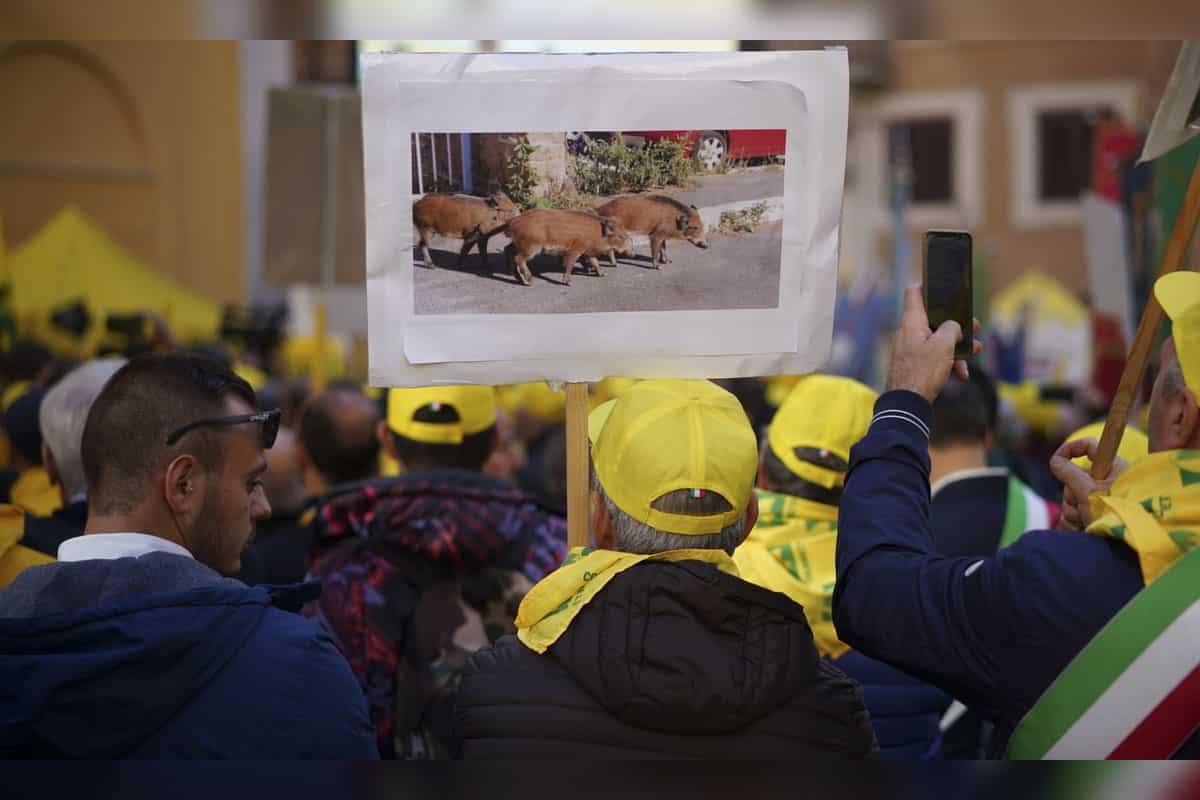 Concerns have been raised as to whether or not the feral pigs ingested any of the coke or the effect that the cocaine must have had on the pigs who ripped into a sealed stash.

Rome Protests Against The Government’s Lack Of Wildlife Intervention

Wild boars, or cinghiale as they are known locally, have been increasingly spotted in Italy’s countryside.

It’s not just drug dealers outraged by the rising wild boar population in Italy, but the list of complaints previously comprised of just motorists and farmers.

As this growing menace became too much for individual citizens to handle, farmers took to the streets of Rome in November 2019 to protest the alarming increase in the population of these wild boars.

The farmers said the animals are destroying their crops and killing their livestock.

They demanded that the government take action against these encroaching animals as they have continued to cause mayhem to farmlands.

The protests in Rome also took into account the surge in vehicular accidents.

Statistics reveal that Italy’s wild boar population of 2 million has doubled since 2015, with the pigs being responsible for around 10,000 road accidents per year with 11 human fatalities in 2018 and 13 in 2019.

Boar can give birth to between six and 14 piglets at a time.

Over decades, the abandonment of acres of farmland has led to an increase in forest cover, creating their perfect habitat.

The animals have no natural predators other than wolves, whose population in Italy is also increasing but not enough to reduce boar numbers.

Alberto Vincenzo Pagani, the mayor of Binago, a small town in Lombardy, explains that farmers are at the receiving end as these animals are allowed to roam free.

“We have had this problem for years, but now the situation is out of control. They are free to move around as they wish. Boar don’t go into offices or factories, so the only ones penalized by this freedom are farmers.” 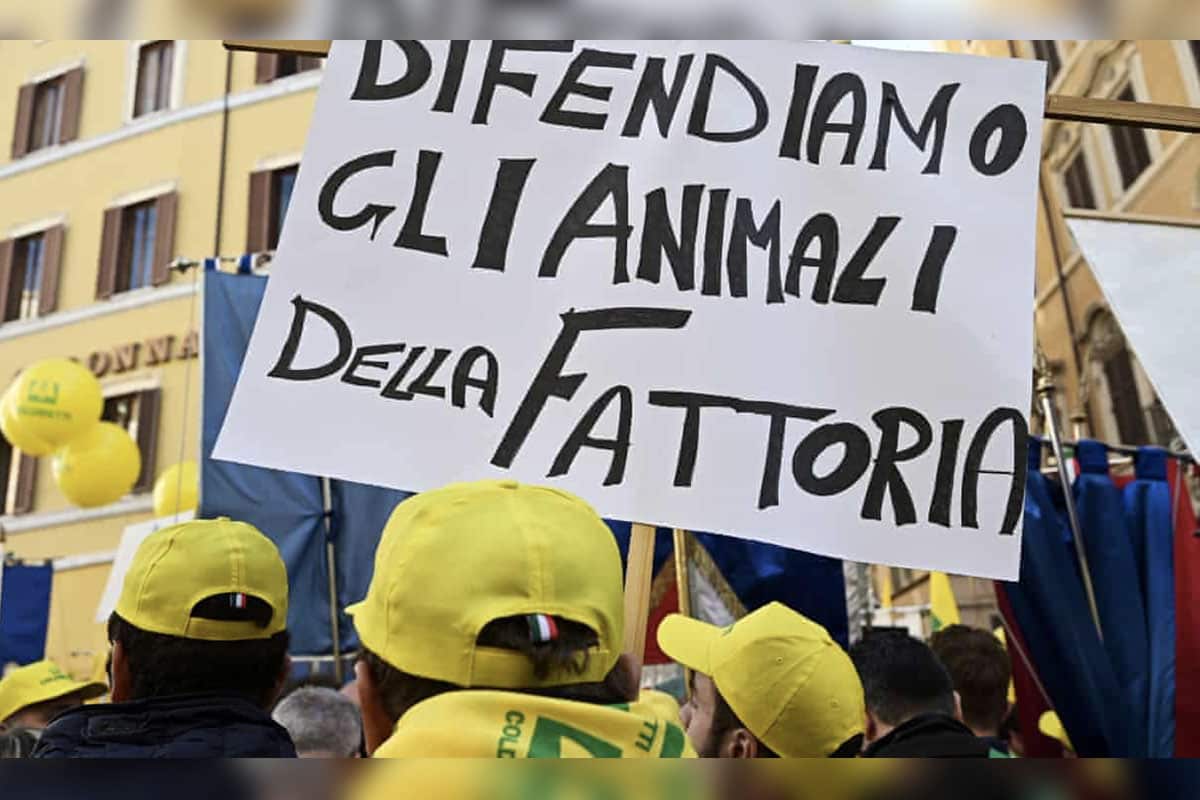 According to Pagani, tackling the issue had been impeded by conflicting stances from the agriculture and environment ministries.

Environmentalists strongly believe that wild animals should be allowed to wander free.

“They say their presence preserves the environment. On the contrary,” he said.

However, Teresa Bellanova, appointed as the Minister for Agriculture, promised the protesters that the government would provide a “structural solution.”

“The theme of wild animals is very important, and we must take charge of what is happening to you, the agricultural world. We have unblocked a decree for the recognition of damages caused. You can guarantee our total commitment. These are problems that can’t be resolved only by the regions, and we must also ask Europe for solutions.”

Although hunting wild boar is a popular pastime in Italy, this is not enough to check the growing population of these animals as Ettore Prandini, president of farming association Coldiretti, explained in an interview, he opined that the situation is bound to get worse unless the government draw up an extraordinary plan and act in a concerted manner to cub the situation. He said:

“It is no longer just a question of compensation but a matter of personal safety, and it must be resolved. Ministries and leaders of regions and municipalities must act in a concerted manner to draw up an extraordinary plan without administrative obstacles. Otherwise, the problem is destined to get worse.”

To his point, officials confirmed that this is already the case — things have gotten substantially worse in this regard for the last four years.