Back in 1996, Darlie Routier, a 26-year old mother of Rowlett, Texas called 911 to say two of her boys had been stabbed by an intruder.

A few days later she was arrested and charged with the murders. Sentenced to death in 1997, Routier is still fighting for a retrial. And there are some who believe her to be innocent.

The Darlie Routier saga starts in the early hours of June 6, 1996, when a frantic Texas mom calls 911 claiming that two of her boys, Damon, 5, and Devon, 6, have been brutally attacked by an intruder who broke into her home. 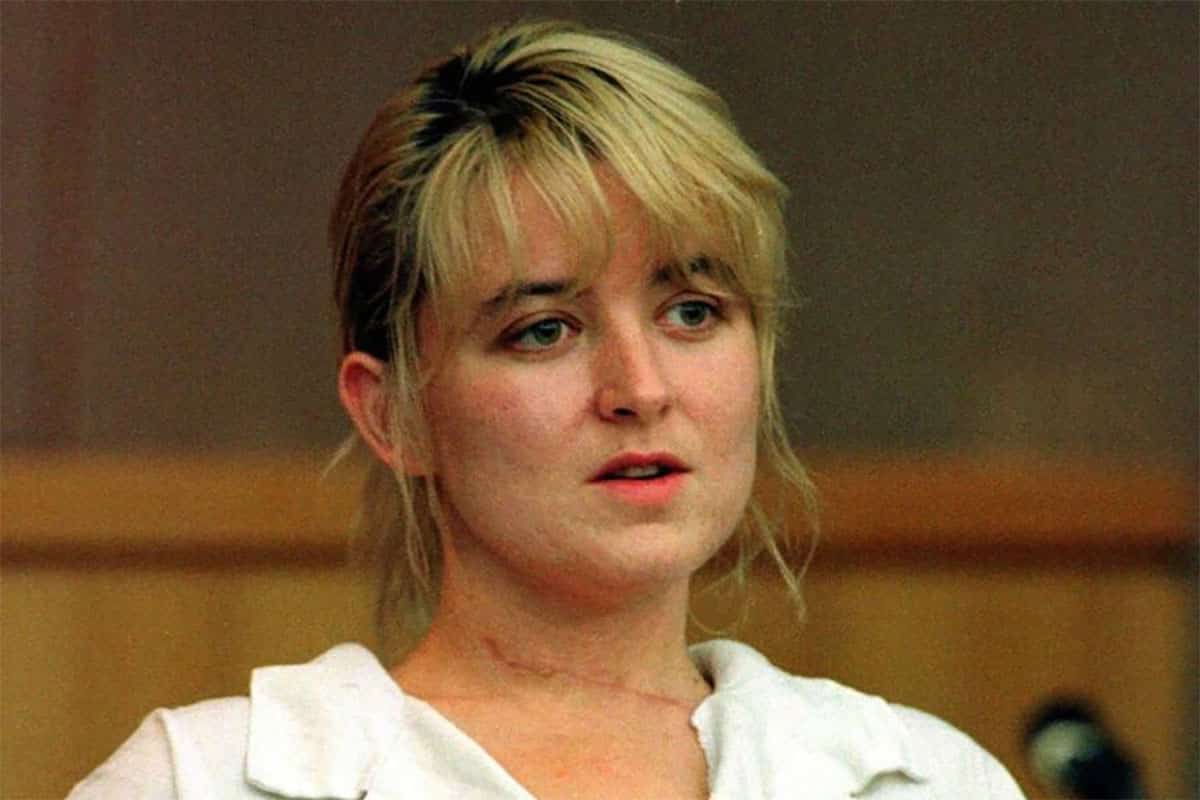 She herself had been stabbed, she said. At the time, her youngest child, Drake, was asleep upstairs with his father and they were not harmed.

“Somebody came in, they broke in and just stabbed me and my children!” she could be heard screaming in the 911 call which was presented at her trial.

Paramedics arrived only minutes later and found Devon dead, while Damon was still fighting for his life. The boy died on the way to the hospital.

Darlie was also briefly taken to the hospital to have her stab wounds looked at.

According to the 26-year-old, she had fallen asleep on the couch while watching TV.

She woke sometime after 2 am only to discover an intruder she described as 6 feet white male with long hair and wearing a cap.

Darlie Routier said the man decided to flee as she rose from the couch and approached him. He dropped the knife in a utility room.

The woman said she picked up the knife and put it back on the counter and only then realized that her boys had been wounded.

It was also at this moment she realized she had multiple cuts herself and the attacker had tried to cut her throat.

It is unclear when the police started having doubts about Darlie’s version of the events.

However, public opinion turned on the grieving mother barely one week after the murders when the now (in)famous Silly String video emerged.

The video was shot at the local cemetery, where Darlie organized a celebration of what would have been Damon’s 7th anniversary.

The video shocked viewers as Darlie could be seen laughing and sprinkling Silly String on the fresh grave, a behavior that appeared inappropriate for a grieving mother.

The prosecution accused Darlie Routier of lying about the intruder and carefully staging the scene.

Darlie claimed that the intruder cut a hole in the screen of a garage window to enter the house.

The state found fiberglass traces on a bread knife in the kitchen and said it was used by Darlie to cut the hole. 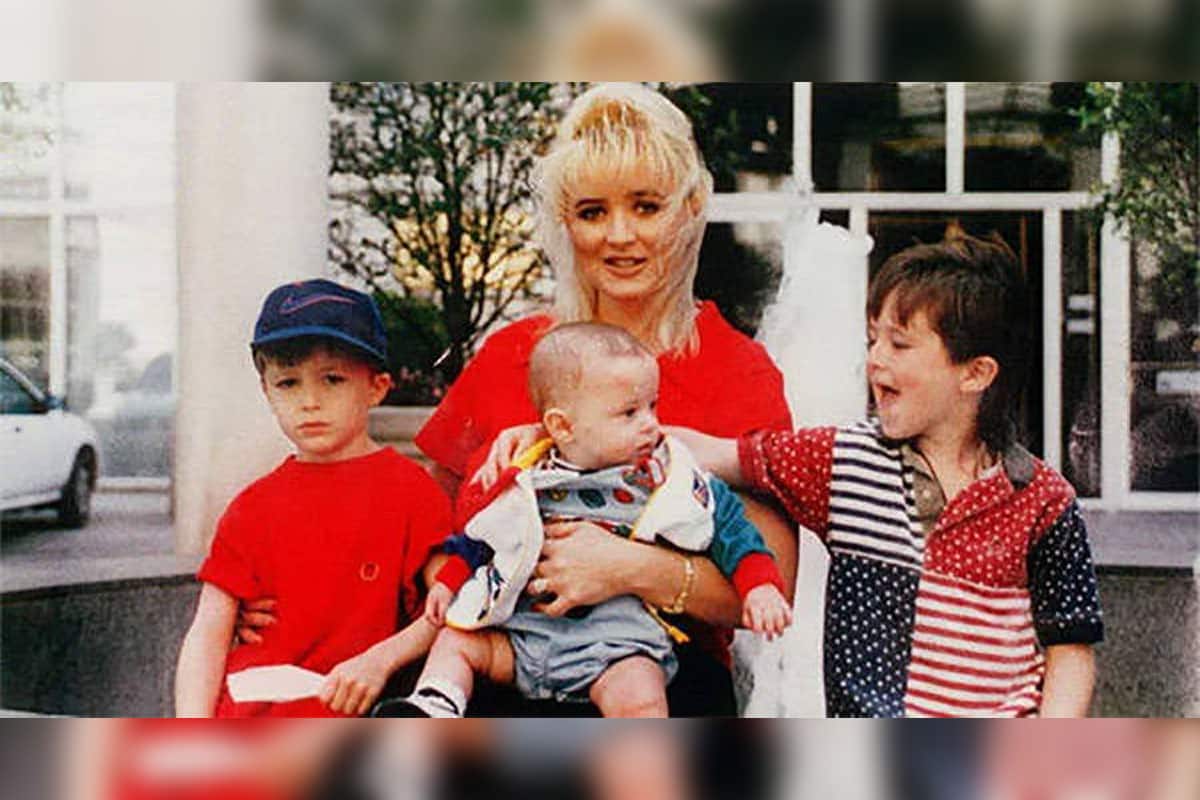 At the trial, forensic evidence was presented to show that the dust on the garage window had not been disturbed, suggesting no one had, in fact, climbed in through that window.

Also, the mulch in the garden bore no marks of someone walking around. The murder weapon also turned out to have come from Darlie’s kitchen which raises the question of why would an intruder come unarmed into a house.

And of course the lack of an intruder’s fingerprints on the weapon. Darlie had been aware of the fingerprint issue from the very beginning as she raised the problem in the 911 call.

On the recording, she can be heard telling the dispatcher that she had touched the knife which will later serve as an explanation for the lack of fingerprints.

“I wonder if we could have gotten the prints maybe.”

That’s a very strange thing to be wondering about when your two children are bleeding to death. Also very strange was her behavior when the paramedics arrived.

She did not ask to go with her son Damon as he was rushed to the hospital, nor did she ask where they were taking him.

Nurses from the hospital later testified her behavior was not that of a woman who had just lost two children.

During the trial, the state presented forensic evidence pointing to the fact that her wounds were self-inflicted, including the one in her neck which came very close to the carotid artery.

One of the questions that remained unanswered at the trial is how is it even possible to be stabbed multiple times and sleep through it.

Darlie told the police she was awakened by Damon touching her and calling her name.

Much of Darlie’s defense centered on a bloodied sock found on an alley near the house. The sock carried the blood of both her sons.

The state claimed it had been planted by Darlie herself to give weight to her intruder story.

The Lack Of Motive

The defense could not come up with a good motive for the crime as there were no indications of an attempted robbery.

There were many valuables in plain sight, yet the intruder did not touch anything. 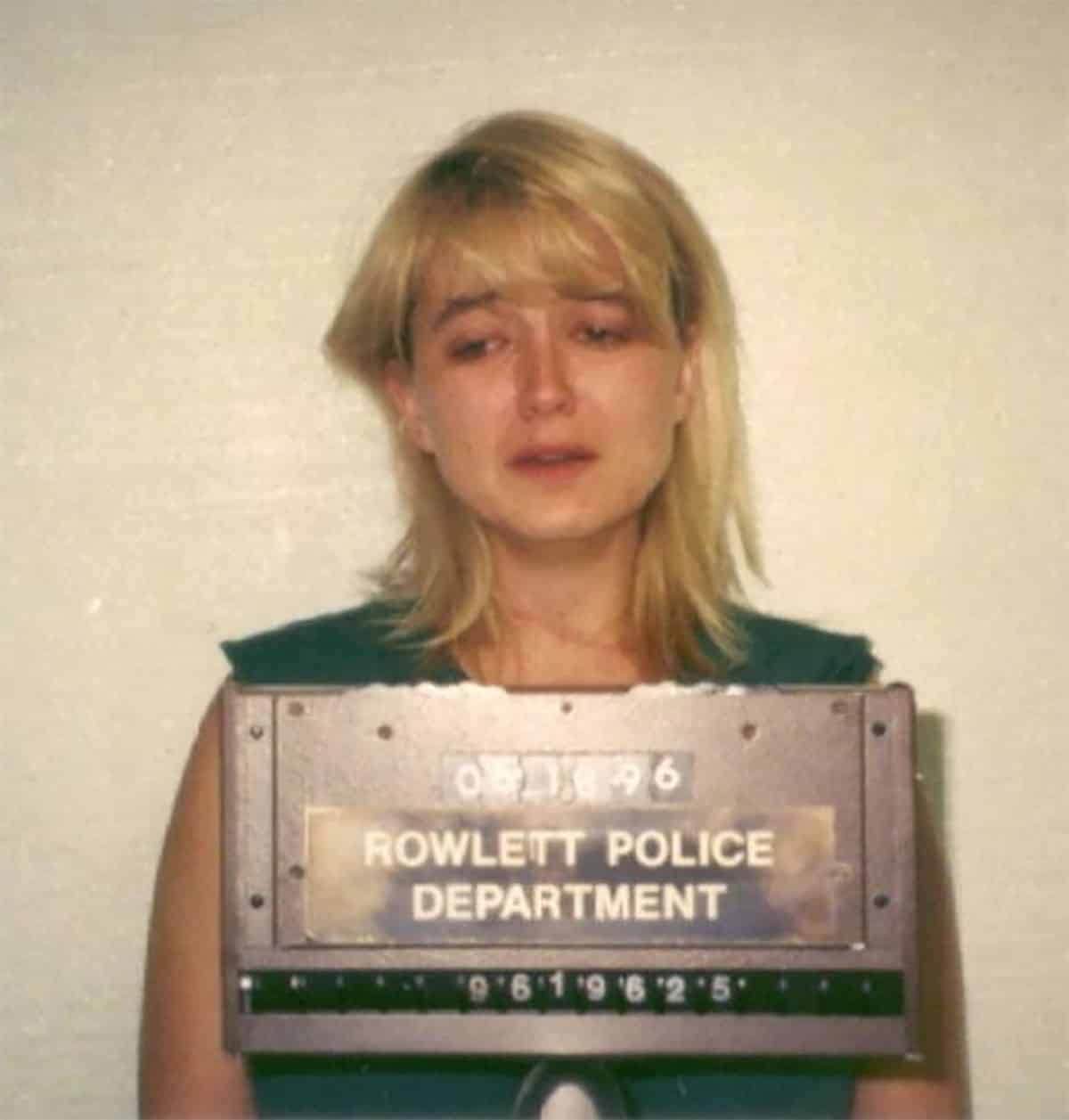 The prosecution, on the other hand, painted Darlie Courtier as a shallow and materialistic woman who had killed her sons because she was tired of them and wanted to get more attention.

The state also claimed she was after the insurance money, as the family had financial problems at the time. That was a very contentious issue during the trial as the money amounted to only $10,000, barely enough to cover funeral expenses.

And yet, the Courtiers had been considering an insurance scam before the murders.

According to local press, “Darin had asked Routier’s stepfather if he knew anyone who could break into the house and fake a burglary, and said it was ‘a possibility’ he brought it up with others as well.”

However, this disclosure only came post-trial. Darlie Routier was convicted of murdering Damon.

Although also charged with Devon’s murder, she was never actually judged for that. She was sentenced to death by lethal injection on February 4, 1997.

For all these years, Darlie has tried to have her conviction overturned. She filed appeals, asked for new DNA testing, but nothing worked.

At present, she is awaiting a decision on her petition to have new DNA testing on a fingerprint found on the coffee table, a print that could not be accounted for.  Darlie Routier is still on death row with no date for the execution set.