by Factionary 1 year ago2 months ago
04Kviews

The name Joyce McKinney hit the streets of London during the late 1970s like nothing else.

Her bizarre love story with Kirk Anderson, a Mormon, made headlines in tabloids and newspapers across England as if it was the only important issue that griped everybody’s attention.

She found herself madly in love with Kirk Anderson, who might have liked her as well for a time, but later on, he left her to serve as a Mormon missionary.

Nothing was quite particular about that, except the story did not end with anything that even remotely resembled a mutual farewell. Next was a tale featuring a kidnapping, a missionary, naked photographs, and bondage sex.

McKinney had an implacable determination to match her beauty (she was crowned Miss Wyoming in 1973) and brains (self-proclaimed IQ of 168).

Unhappy with how Anderson chose his religion over her love, McKinney tracked him down to London.

She and her friend Keith May then kidnapped the target, drove him off to a cottage in Devon, and strapped him spread-eagled to a bed.

McKinney then performed what she believed to be an act to liberate Anderson from a cult.

Regardless of what had happened on that bed, McKinney was charged with kidnapping and indecent assault of a man. While awaiting trial, she and her accomplice absconded from the UK.

As weeks and months unfolded, the back story to the disappearance of Kirk Anderson began to make headlines.

It all started in the Appalachian Mountains, where McKinney grew up. She was a bright girl with a compulsive weakness for beauty pageants – which she often entered with seldom success – and a strong belief in the virtue of chastity.

As she came of age, she found that the two guiding principles wouldn’t always agree.


In 1973, McKinney moved to Provo in Utah to study at Brigham Young University. She had converted to Mormonism by then.

Her mission while in Utah was to infiltrate the social circle around the Osmonds, a family music group and pride of the Mormon Church.

By various accounts, McKinney fashioned a relationship with one of the brothers, Wayne Osmond. It didn’t end well for her.

The family’s matriarch Olive Osmond took the necessary steps to keep her away from the boys. There were reports that McKinney was devastated when she learned of Wayne’s engagement with another woman.

It did not take long for McKinney to move on from the Osmond crisis, however. She met Kirk Anderson and started dating him.

McKinney described him as a heroic combination of Gary Cooper and Clark Kent, although in reality, the then-undergraduate student Kirk Anderson was pretty much unprepossessing and ill-at-ease.

McKinney claimed they slept together. She lost her virginity to him, and Anderson was overwhelmed by guilt that he confessed to his sinful behavior to Mormon elders, who promptly put the relationship to an abrupt end. Anderson was moved out of Utah and dispatched to England. 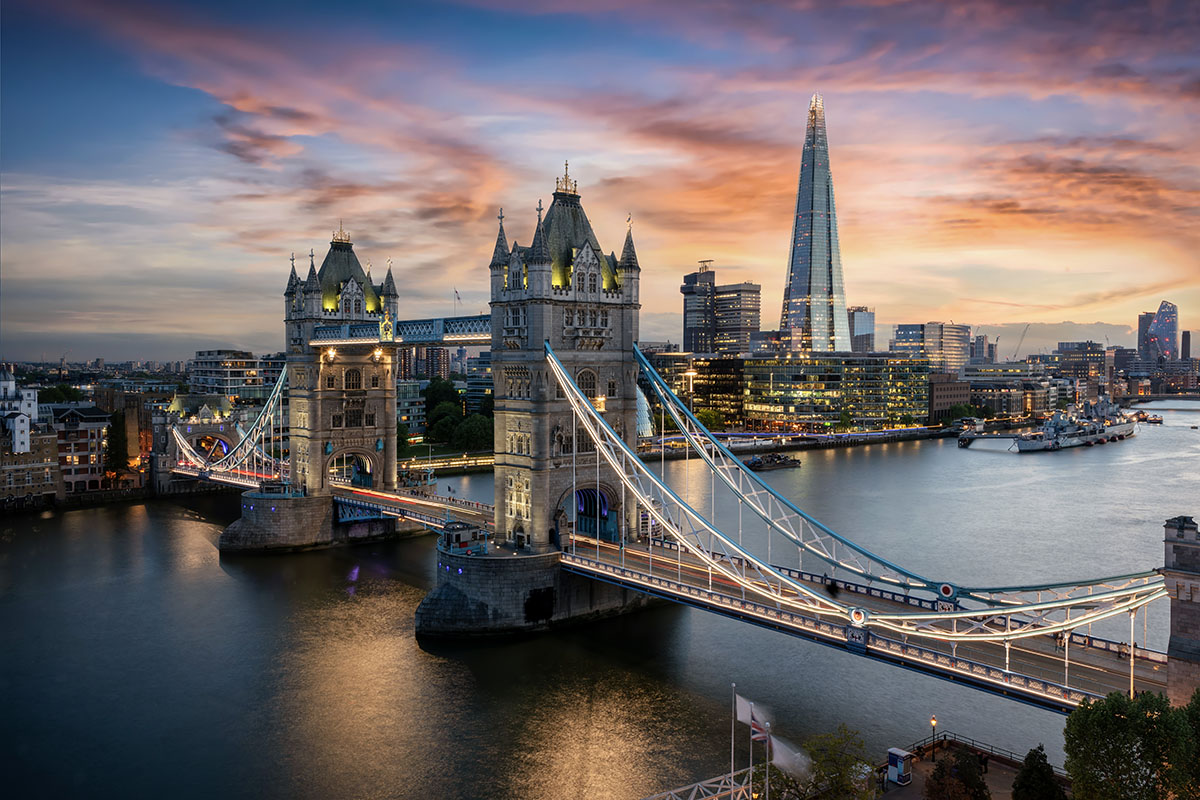 McKinney was not at all pleased by the church’s reaction to the love relationship. She abandoned her feelings for Mormonism but not for Anderson.

Before he left for England, Anderson had spent time in California and Oregon under an assumed name, apparently to escape McKinney.

When Mormon elders decided to send Anderson to England, McKinney hired an investigator to track him down.

She and an accomplice named Keith May embarked on a personal mission to get Anderson back. The task turned out to be a success until it wasn’t. 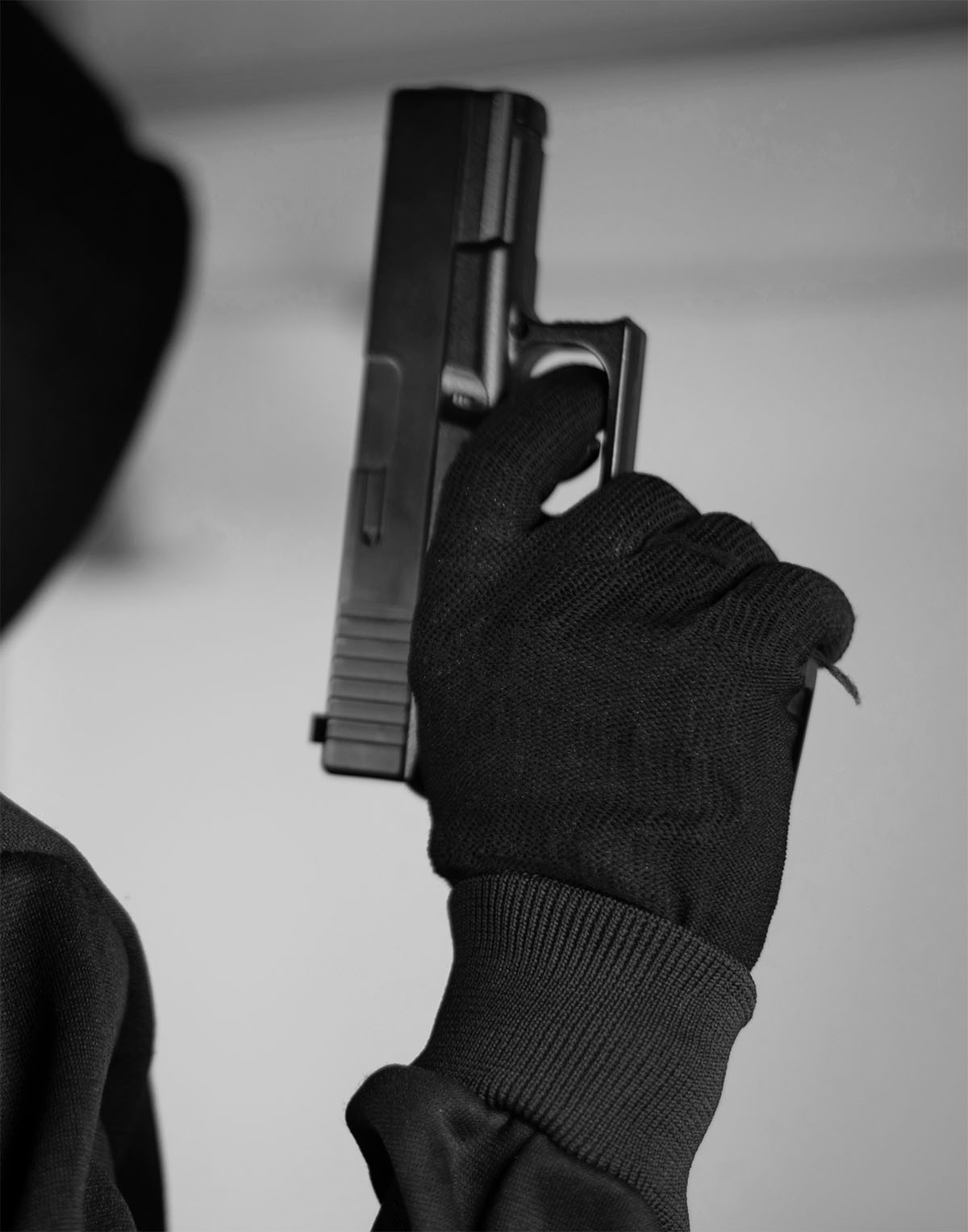 McKinney and May flew to England, and they did find Anderson. Using a fake handgun, they kidnapped and took him to a cottage in Devon. Kirk Anderson was declared missing on September 14, 1977.

No one else other than McKinney, May, and Anderson knew exactly what happened in the cottage during the following three days.

However, everyone agrees that at one point, Anderson was tied down in a spread-eagle position to a bed while McKinney repeatedly had sex with him.

After several days, the Mormon fled and filed a report to the police. On September 19, McKinney and May were arrested. 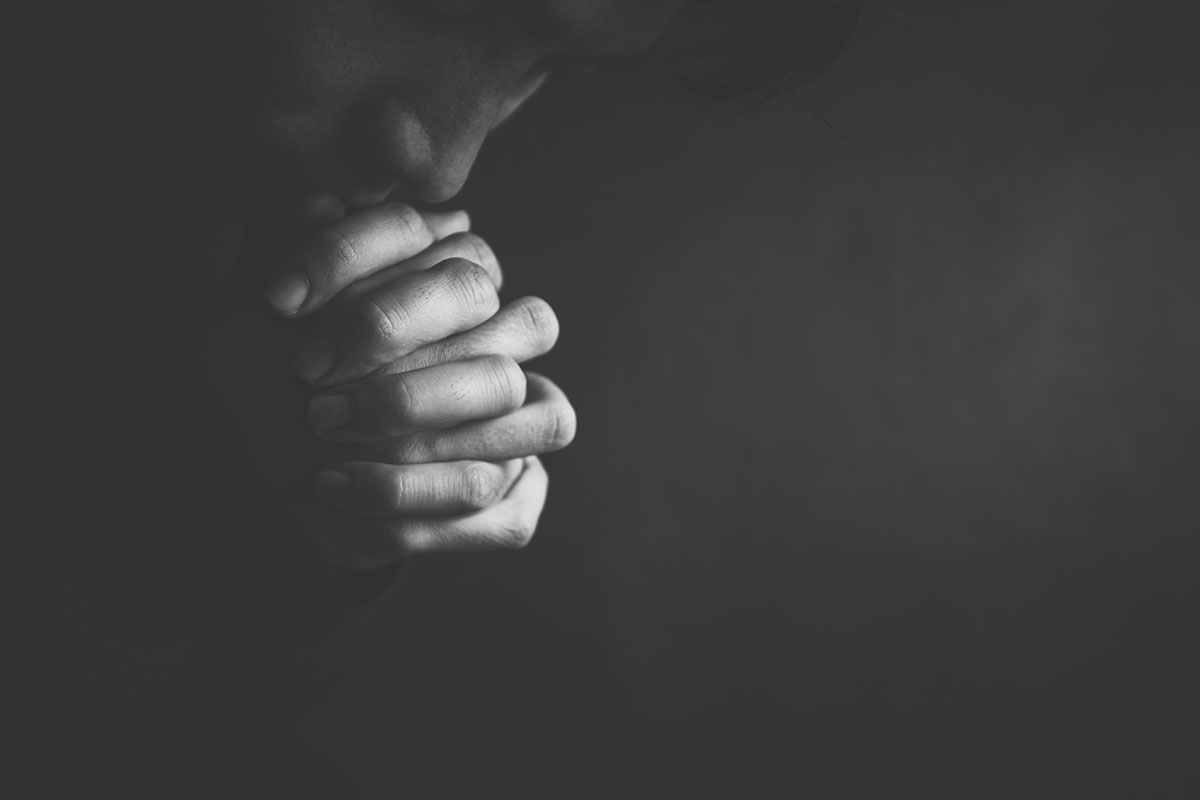 McKinney claimed that on the day Anderson disappeared, she never needed to use any forceful persuasion to get him into her car; he also had sex with her of his own volition.

She also said Anderson was impotent at first and broke off intercourse to begin chanting a prayer.

However, when he was “consensually” tied down to a bed, Anderson was able to liberate himself from his religious reservations.

To help him overcome difficulties, McKinney claimed to have played bondage games and performed oral sex on Anderson. 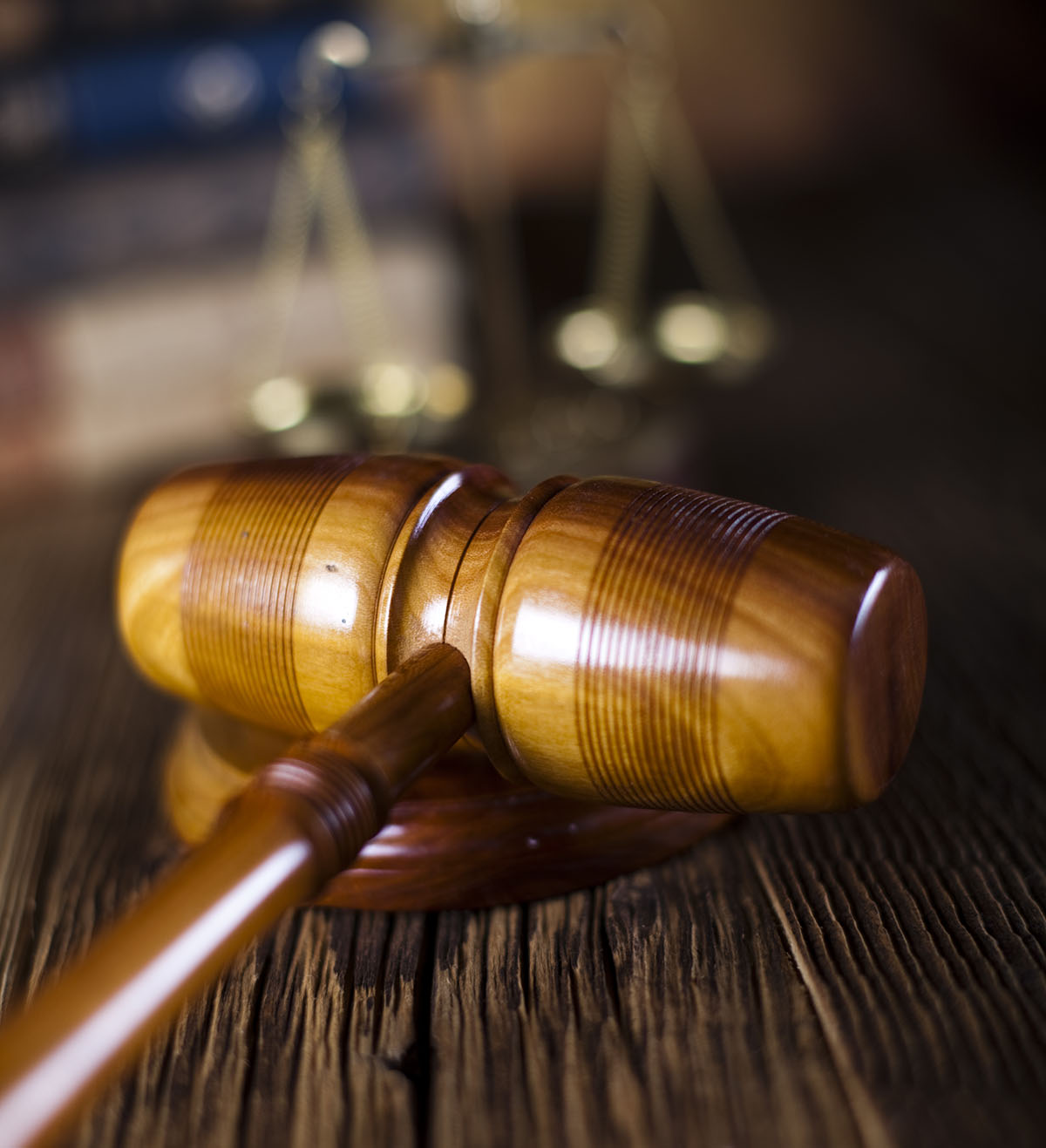 McKinney and May were charged with kidnapping and assault upon arrest. She maintained that the bondage was nothing but a game to help Anderson cope with his presumption of guilt about the affair.

On the other hand, Anderson insisted he was kidnapped and raped. The two perpetrators were held on remand for three months.

In the United Kingdom, the applicable law in force back then was the Sexual Offences Act 1956.

Due to the victim’s gender, rape could not have happened in the case of Kirk Anderson. However, there might have been an indecent assault of a man during the episode.

In the 1970s England, many industries had a decline, but newspaper business, especially tabloid, was thriving.

McKinney’s story sparked a competition among tabloids to be the first to get more details about the alleged crime of passion.

It simply had all the good things for a tabloid: beauty queen and a Mormon missionary involved in kinky sex.

In the final months of 1977, coverage in the British newspapers was extensive. Some were trying to undermine each other by releasing complete information to the public. 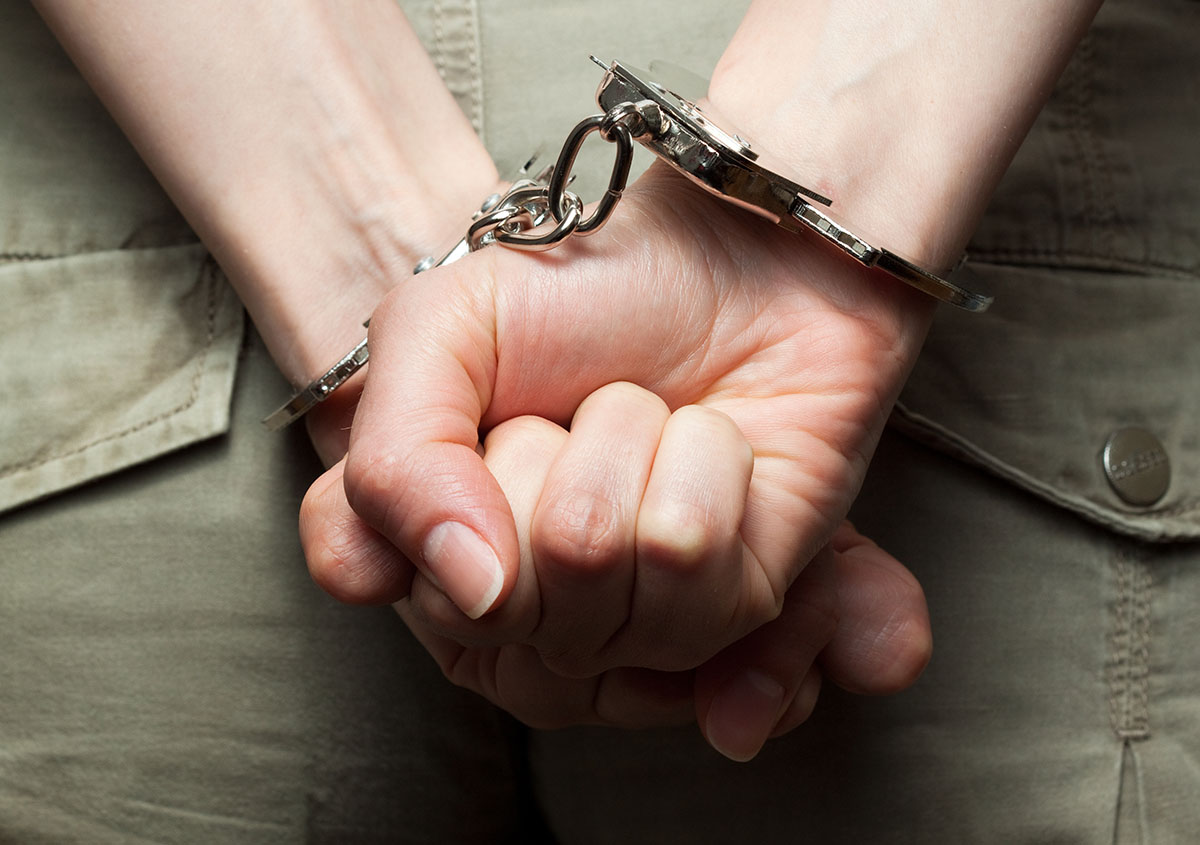 The trial for the kidnapping was due to begin on May 2. McKinney and May decided to jump bail and abscond from the UK on April 12, 1978.

As a result, they were sentenced in absentia to a year in prison for skipping bail, not for the charges of kidnapping and indecent assault of a man. The UK never instituted extradition proceedings.

In the United States, McKinney and May were arrested by the FBI on July 18, 1979, for making false statements to obtain passports. They received suspended sentences.

The story of Joyce McKinney and Kirk Anderson bumped into a revival when Errol Morris, a documentary filmmaker, produced the 2010 film Tabloid.

Surprisingly the film gave some extra details based on reports from participants in the case, such as using a (possibly) fake gun in the kidnapping process and the fact that Anderson was tied down to a bed during the alleged rape.

Even more surprising was the details about McKinney’s work as a call girl to earn funds for her team by offering bondage services around the time she became obsessed with Kirk Anderson.