He fought for his country, risked his life in battle but only received dignity and honor 60 years after the war.

Few people know about the contribution Edward A. Carter Jr. made as a soldier defending the United States of America.

Despite his heroic deeds, Carter was denied receiving a Medal of Honor, the highest award for bravery.

The reason for this was the endemic racism prevalent in the U.S. Armed Forces.

It took over sixty years for Carter to receive the recognition he deserved.

However, it came too late. 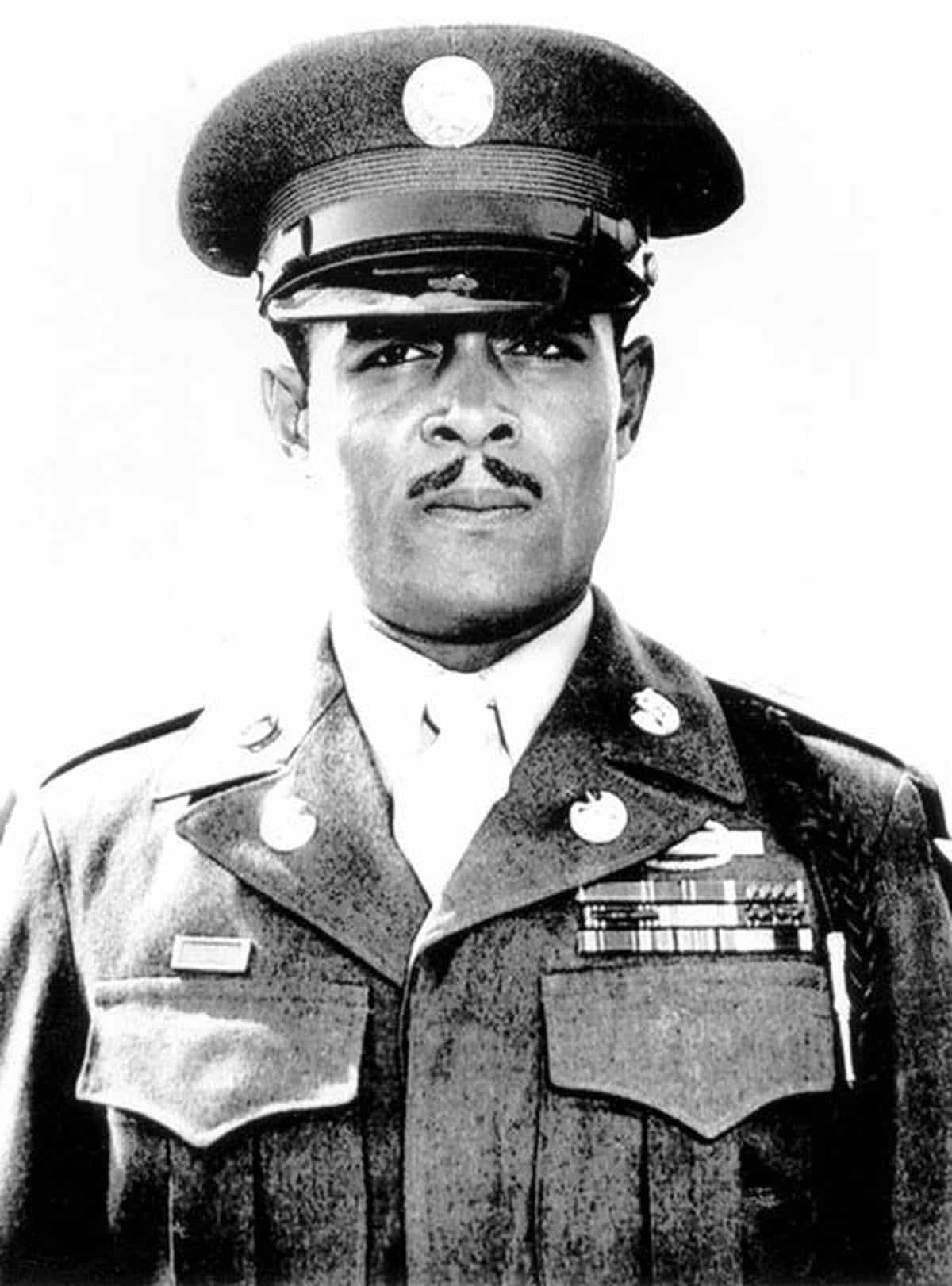 Biography Of Edward A. Carter Jr.

Carter’s life story is anything but mundane. His innate bravery and character were obvious from a young age.

He was born in Los Angeles and in 1916 he moved, with his missionary parents, to Shanghai.

At 15, he ran away from home and joined the Chinese Army.

When they discovered he was a minor, he was sent back to his parents.

Ironically, he had already reached the rank of lieutenant before the truth came to light.

Following the abrupt end to his plans, Carter did not give up the fight.

He enrolled at a military school in Shanghai where he was an exemplary student.

He became a skilled soldier and studied Chinese, German, and Hindi.

With his newly acquired expertise, he was keen to get into action, so he joined the Abraham Lincoln Brigade.

This was a volunteer army engaged in fighting fascism in the Spanish Civil War.

In the 1940s, Carter returned to Los Angeles and joined the United States Army.

He settled down, married Mildred Hoover, and they had two sons.

Carter and his family moved to Fort Benning in 1942.

Regardless of his military training, he was given a lowly position as a cook.

African American soldiers were given undignified jobs because they were considered unsuitable for the frontline.

If Carter felt any bitterness towards his superiors, he hid it well.

He told his daughter-in-law, Allene, his feelings about discrimination in the army.

“White soldiers felt that the Black soldiers should have a mop and a bucket,” he told her.

Carter knew that the only way to get ahead was to “play the game.” 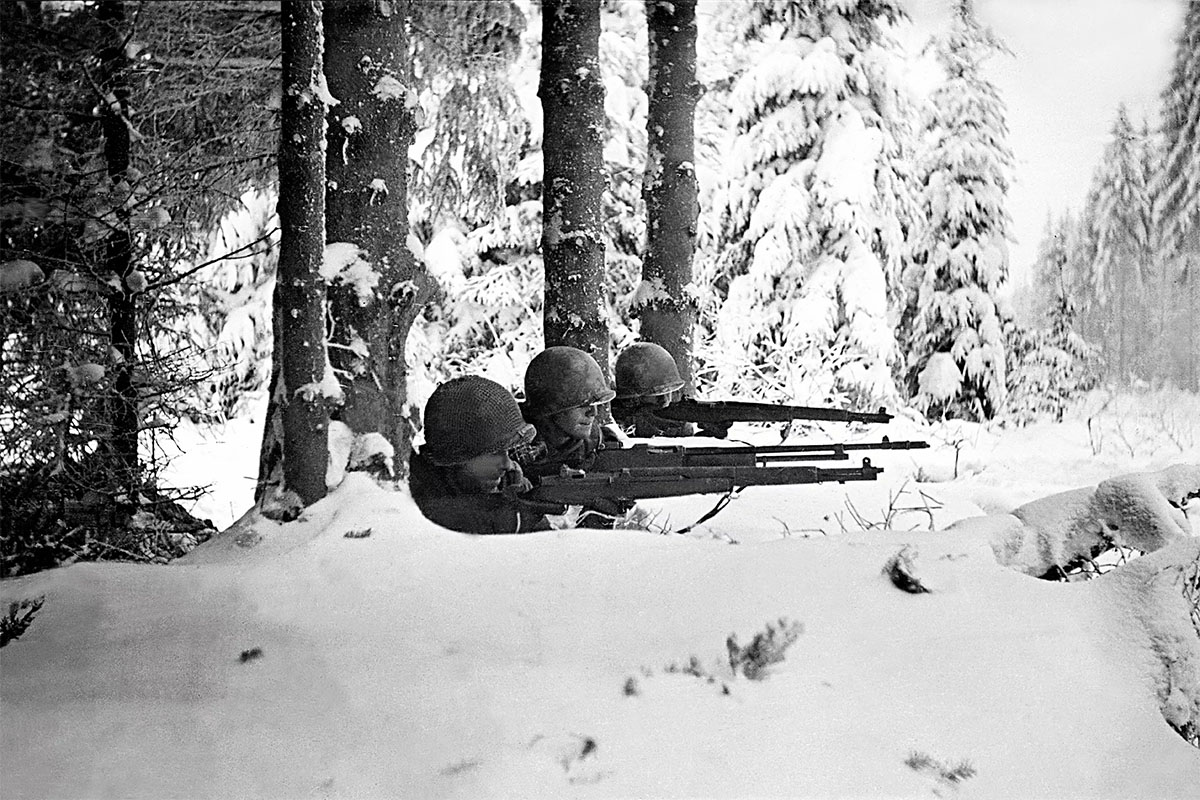 Nothing could stop Edward Carter from achieving his goals.

He was promoted to the rank of staff sergeant after a year and earned the respect of the White officers in charge.

He still hankered to return to the battlefield.

In 1944, Carter was dispatched to Europe in the final thrust to end the war.

Despite volunteering to fight on the front lines, he was given a non-combative role transporting supplies to the battlefields.

In 1945, when the U.S. Army finally allowed African-Americans to join the fighting, Carter was overjoyed.

Carter was promoted to the rank of Infantry Squad Leader.

He was recruited into General Patton’s Mystery Division – an exclusive unit that included African-Americans.

Patton placed enormous faith in Edward and appointed him as his bodyguard.

In March 1945, as the Allies advanced into Germany, Carter and his division approached the town of Speyer.

The end of the war was near, but the enemy had not yet conceded defeat. German soldiers were waiting to ambush Carter and his men.

Without a thought for his own safety, Carter volunteered to lead a group of men across an open field and attack the German soldiers.

It was an extremely dangerous plan.

As they were crossing exposed land, two soldiers were fatally shot and the third man was wounded.

Fearlessly, Carter kept going alone. He was shot five times, but he courageously attacked the enemy and killed six of the eight German soldiers.

After capturing the remaining German soldiers, and using them as a human shield, he returned to his battalion.

Speaking fluent German, he interrogated the soldiers and obtained intelligence enabling the Americans to occupy the territory.

Edward was among the many soldiers who were nominated to receive awards for bravery after the war.

He deserved a Medal of Honor, which was awarded to soldiers who had distinguished themselves “by gallantry and intrepidity at the risk of his life above and beyond the call of duty.” 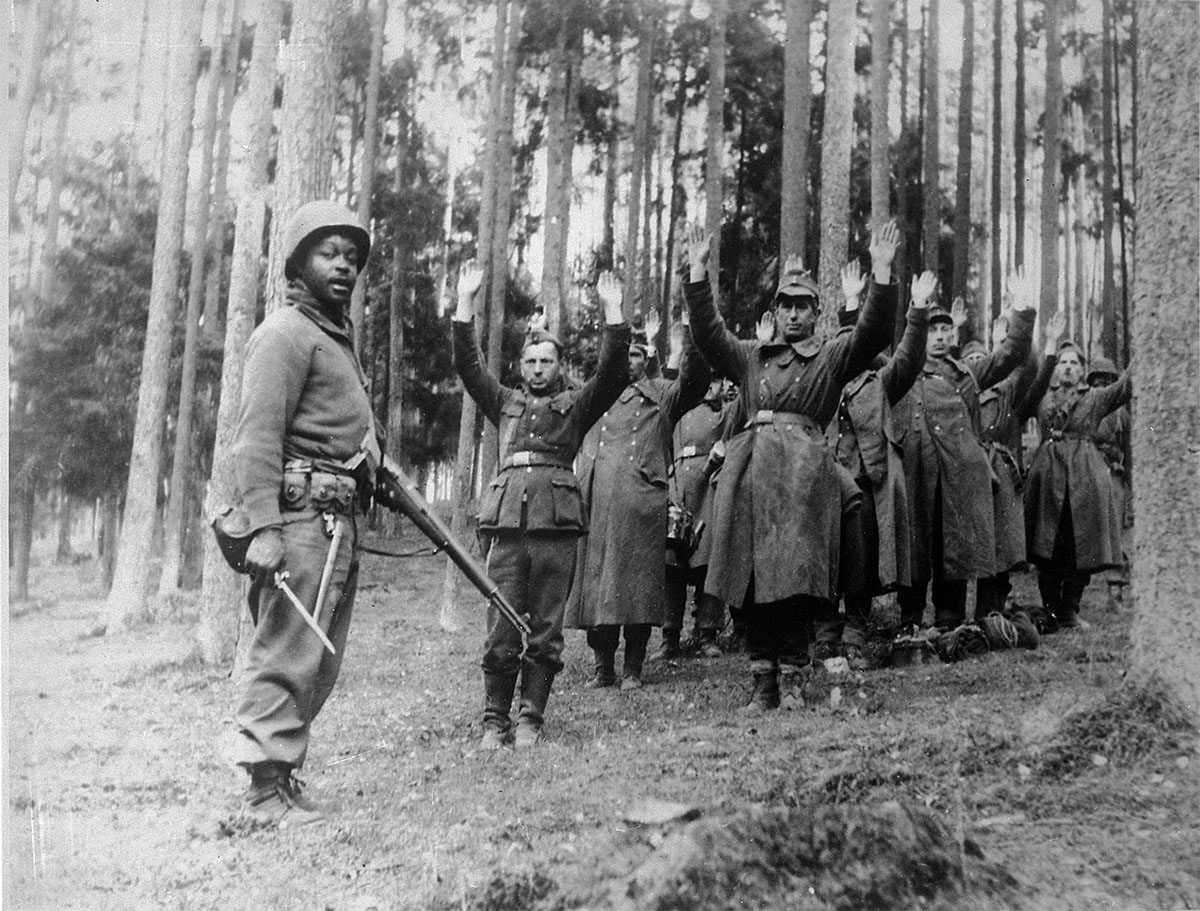 Sadly, he was not granted the highest award – The Medal of Honor. That was reserved for white soldiers only.

As an African American, Carter was given the Distinguished Service Cross, the second-highest military award.

Despite fulfilling all the criteria for the highest honor, Carter was discounted because of his race. After receiving treatment in the hospital, Carter went AWOL to be reunited with his unit.

He continued fighting until the end of the war when he returned to California and signed up for further duties in the army.

He was promoted to the rank of Sergeant First Class after three years and head of the newly formed National Guard Engineer Unit, comprising only African American soldiers.

With a new threat from Russia, Carter tried to re-enlist. He was rejected due to his “exposure to Communism” when he fought in Spain and China.

He accepted this decision and lived his remaining days working and enjoying time with his family. He died in 1963 and was buried in Los Angeles.

Too Little, Too Late

Following a Congressional review, Edward’s Distinguished Service Cross was upgraded to the Medal of Honor, and President Clinton issued a formal apology.

In 1997, Edward A. Carter Jr. was re-buried with full military honors at Arlington National Cemetery. Sadly, he was only treated with dignity after his death.