by Factionary 7 months ago2 weeks ago
410Kviews

Built in 1927, The Cecil Hotel has had its share of bad publicity. Murders, suicide and Elisa Lam’s mysterious death has put the hotel in the news for the wrong reasons.

However, Elisa Lam’s death has been the strangest of all the deaths recorded in the Cecil Hotel.

The disappearance and death of Elisa Lam, a University of British Columbia student, left both private detectives and law enforcement officers puzzled about what transpired before the discovery of her body in a water tank at The Cecil Hotel rooftop.

What Happened In The Hotel?

The police released a video footage five days before the discovery of Lam’s body in an attempt to uncover circumstances surrounding Lam’s death.

The video shows Lam entering the elevator in the hotel and seemingly talking to a person or entity which isn’t visible to the viewer.

Her body language and reaction in the footage released suggest the presence of some other being in the elevator, or maybe Lam was just hallucinating.

Five days later, Lam’s body was discovered in a water tank after some hotel guests complained of dark liquid in their water.

What Was The Conclusion?

The inability of the police to provide an explanation that matches the facts and sufficiently explain Lam’s death has led the public to create their theories.

Although some of these theories are backed by evidence and facts provided by the police, other theories seem unbelievable.

Here are 10 facts and theories about the mysterious death of Elisa Lam. 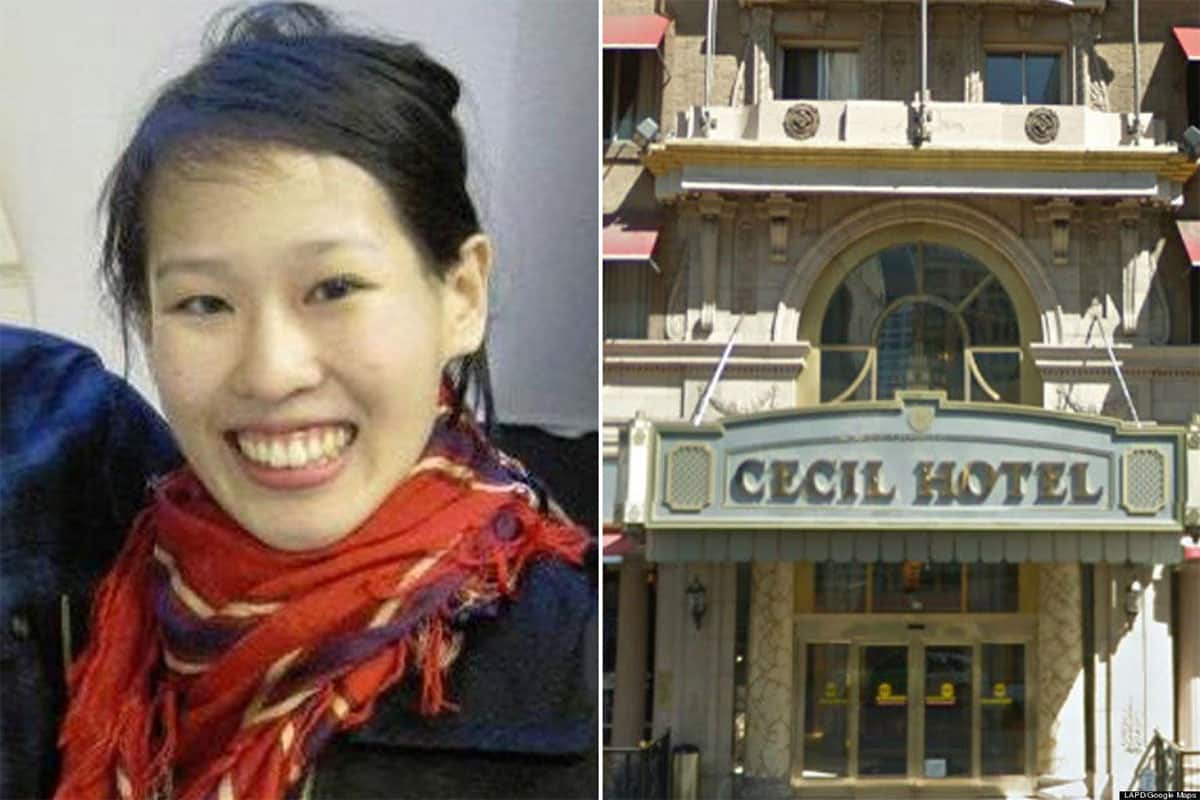 When Lam’s body was discovered, the city’s coroner office performed an autopsy on her remains. The initial toxicology report revealed that Lam had been on prescription medicine to combat her bipolar condition.

The elevator footage released by the police suggested that Lam had a mental breakdown in the elevator. The scene from the footage, coupled with Lam’s history of bipolar disorder, led to many theories which suggests that Lam’s unstable mental condition is responsible for her death.

Her parents however, disagreed with this claim. According to them, Lam has never exhibited any suicidal or self-harm tendencies, despite her unstable mental condition.

Her parents also reported that Lam had gone missing at one point in her life before she was later found, so the investigators suggested that she might have harmed herself. 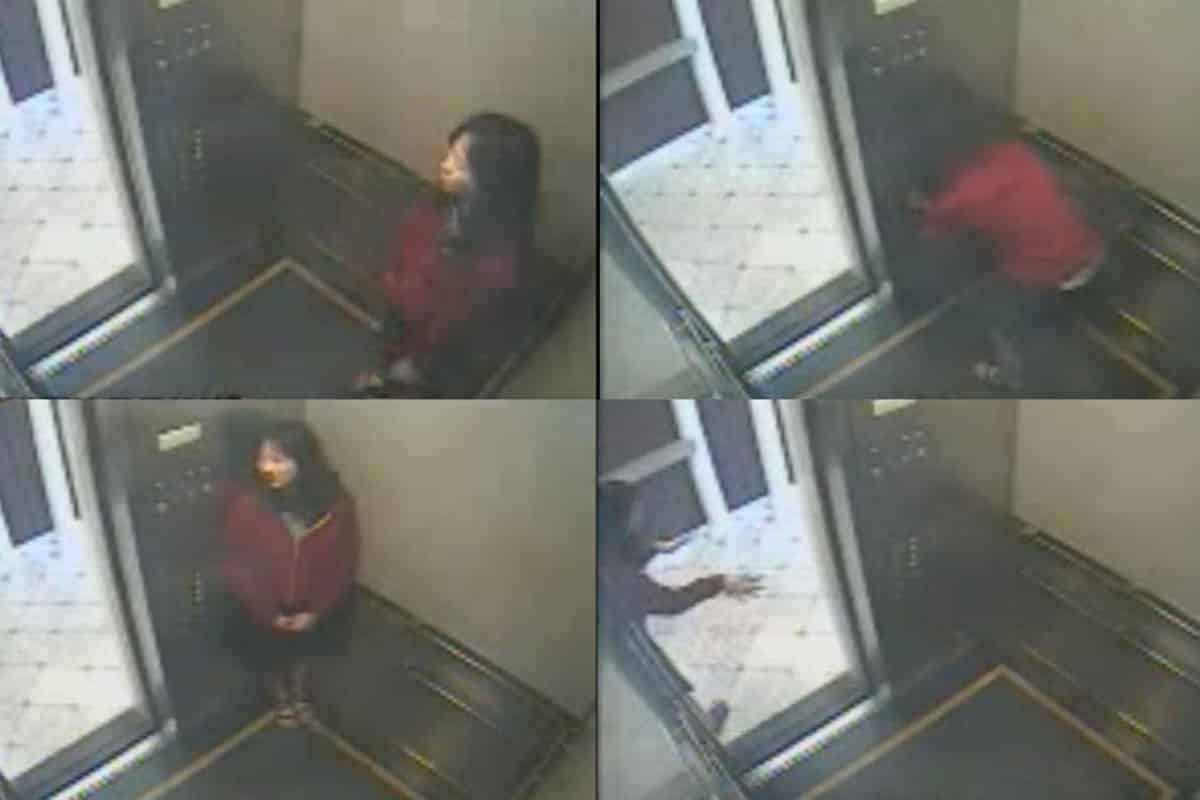 9 Is This A Murder Case?

The discovery of Lam’s body in the hotel’s water tank on the rooftop raised questions about how she got there in the first place. The doors and stairs leading to the hotel’s rooftop were locked and the keys and passcode were in the custody of the janitors and hotel staffs. The doors leading to the rooftop are programmed to set off an alarm when opened, and there was no incident of tripped alarm when Lam went missing.

The only possible explanation is that Lam crawled through the fire escape, though it is possible, it is a long shot and mostly obscure at best.

With all these facts and evidence, the question that must be answered is:

Did Lam get to the rooftop on her own, or was her body abandoned in the water tank by her murderer? 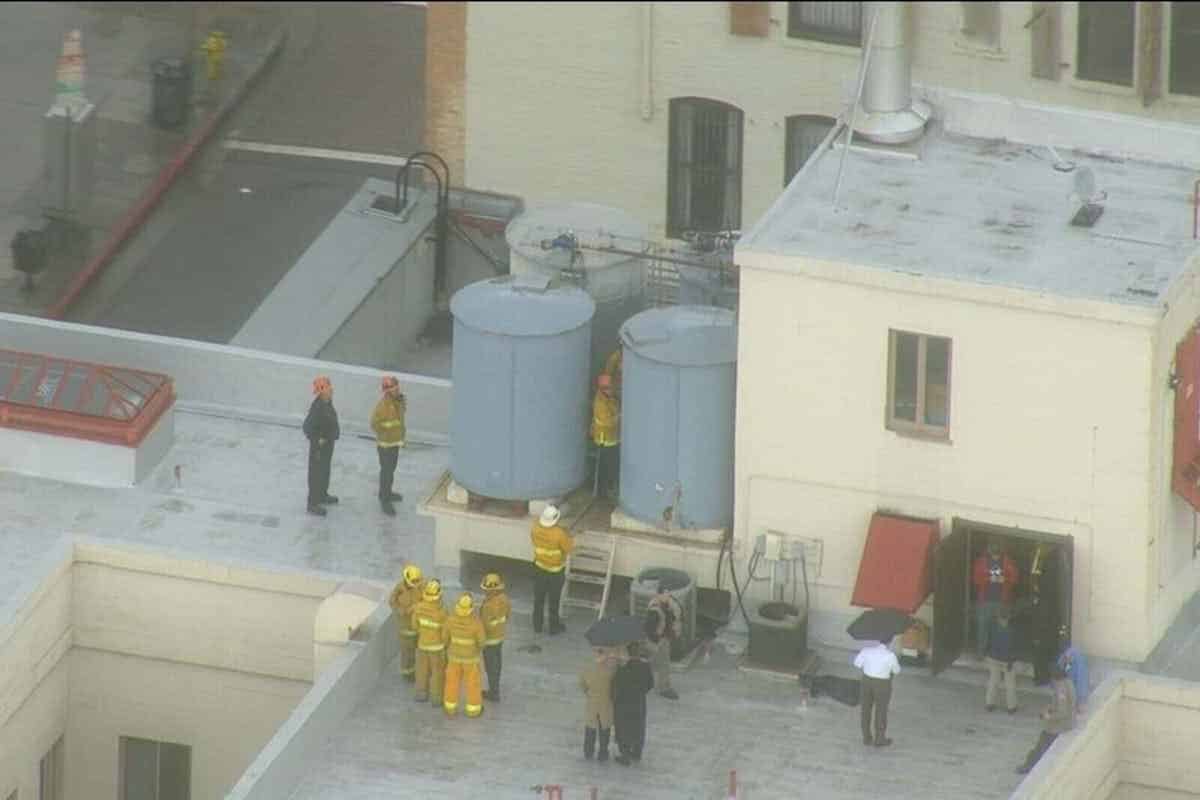 8 How Did She Get Into The Tank?

Lam’s decomposing body was found in a water tank in the hotel rooftop. The tank stood at 4″8 and mounted on a concrete block, for the hotel staffs to look into the tank, they have to use a ladder because of the height of the container.

Yet, Lam’s body was found in the tank, without a ladder or scaffold in sight. The question everybody is asking is, how did her body get into the tank without any help climbing the water tank?

Also, the water tank is covered by a heavy plastic lid, which would be difficult to replace from the inside and would be far easier to replace the lid from the outside.

Lam’s body was discovered when the hotel patrons complained of dark liquid in their bathroom water. This attracted attention to the water tank, and Lam’s body was found floating in the tank by the firefighters who had to cut open the tank for their equipment to enter the tank.

This again poses the question of how Lam could have entered the tank on her own without anyone to help her into it. 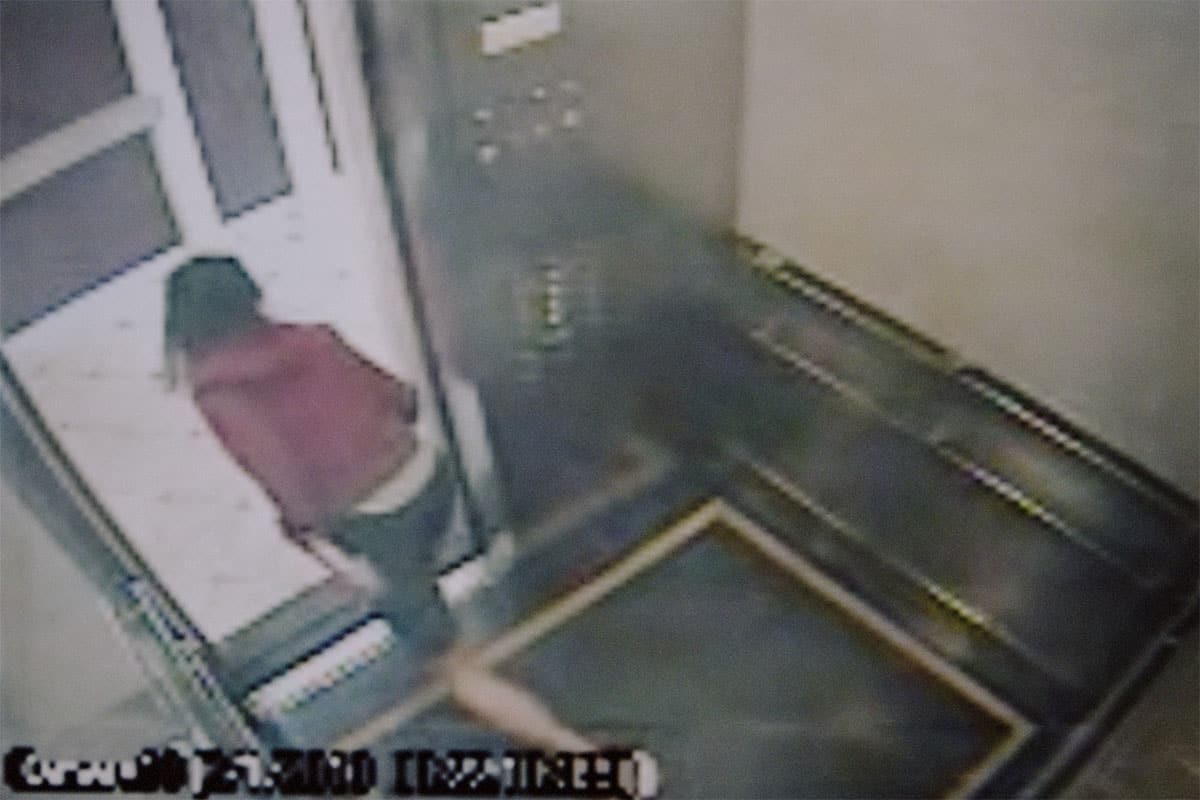 7 Why Did The Police Tamper With The Elevator Footage?

As part of the investigation into Lam’s murder, the LAPD released a 2:30minutes video of Lam in the elevator, which was where she was last seen.

However, the video released showed evidence of tampering by the LAPD; the time stamp of the video was obscured. This made it difficult for the public to see the exact time when the video was recorded.

Also, in the footage, Lam’s mouth was pixelated, making it impossible to read her lips or decode what she might have been saying. All these facts raised more questions about why the video was edited, and demands were made for the LAPD to release the original video.

Some experts even claimed that the video was slowed in some parts and that some minutes of the video were completely edited or cut out. Other theories suggests that the LAPD removed the presence of some hotel guests in the video who were deemed innocent.

The elevator footage didn’t win the police public trust in the investigation and still leaves the public with more questions than answers. 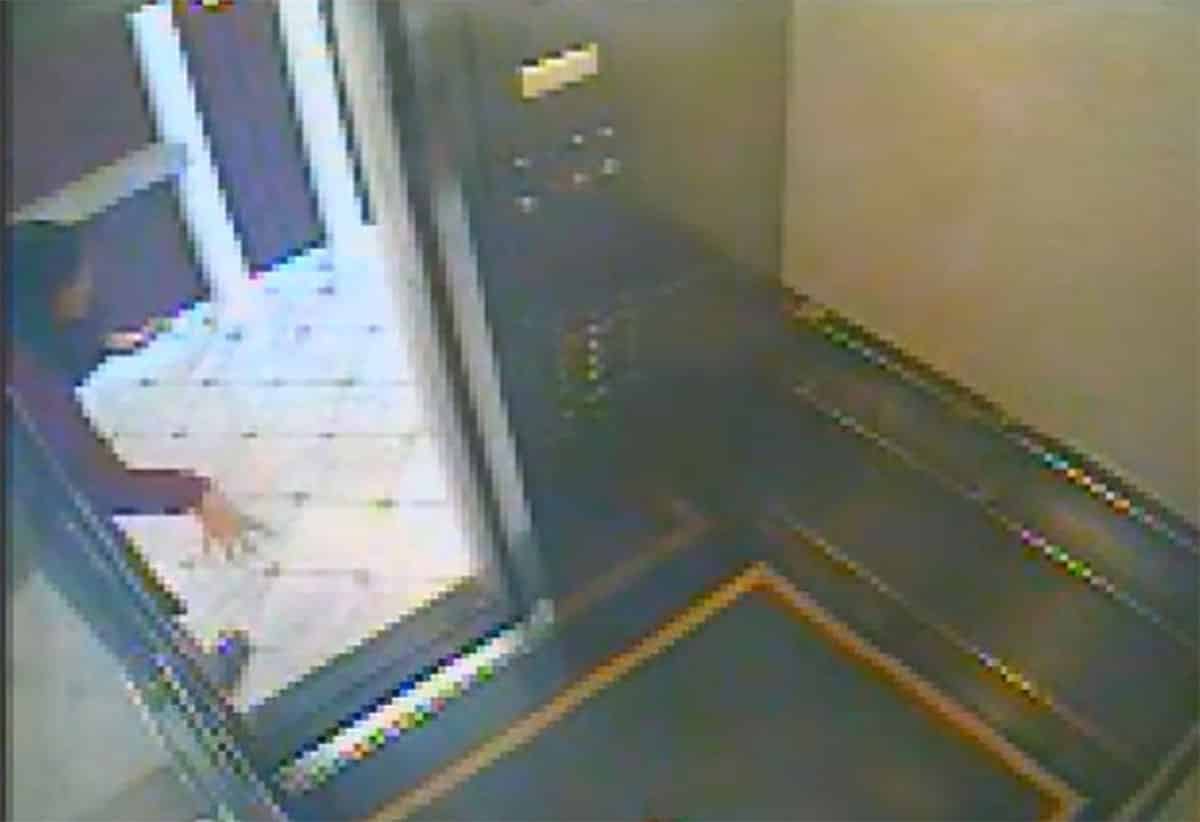 6 The Elevator Was Faulty

The elevator footage released by the police clearly showed that the elevator wasn’t working. Online theorists and investigators have not been able to give a proper explanation as to why the elevator malfunctioned in the video.

As seen in the video, when Lam pressed the elevator’s button, the door did not close as it should and seem to be behaving as if it was under the control of some sort of external influence rather than responding to Lam’s control.

Some theorists believed that Lam could have pressed the emergency stop button, and that would have prevented the elevator from moving or its door from closing. Still, the video clearly showed that Lam’s presses on the elevator’s button were too random to suggest that she had a clear destination in mind.

The elevator has introduced another angle to support that theory that there are some other factors connected to Lam’s death.

Could the elevator have been tampered with to keep Lam stuck on that floor? 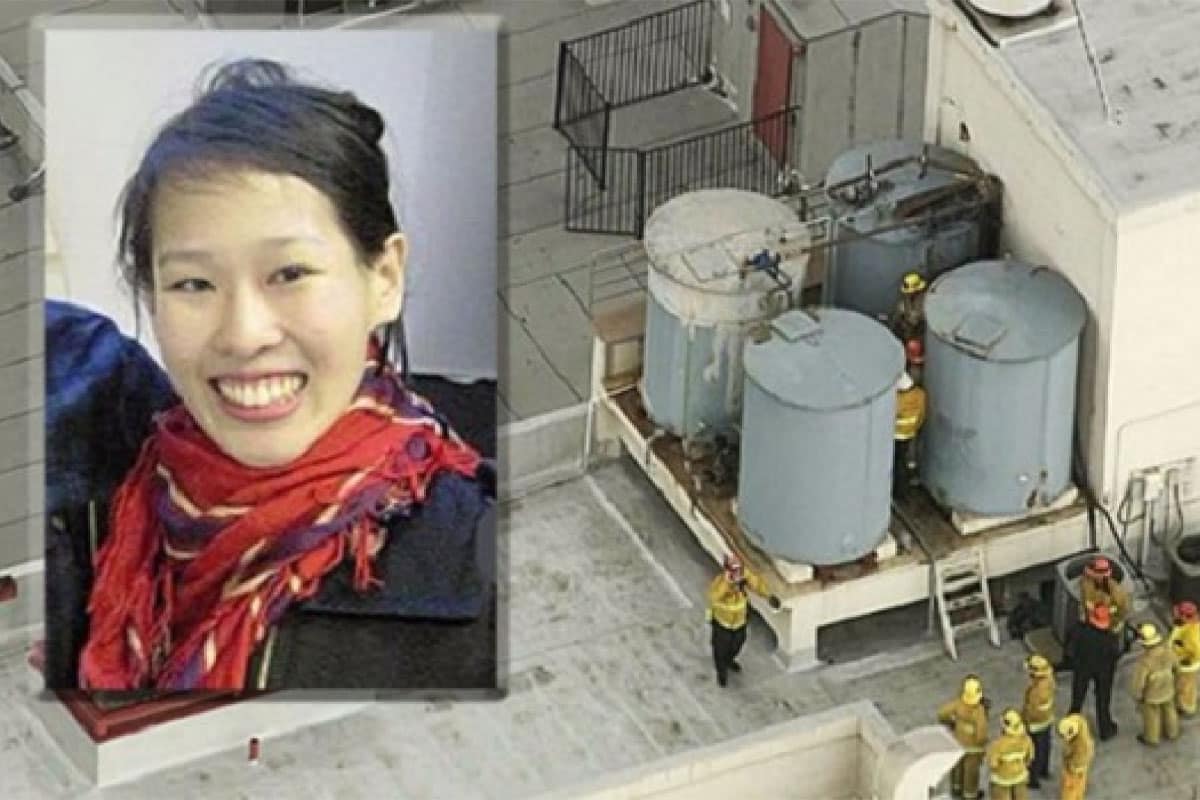 5 Is LAPD Part Of A Potential Cover-Up Of Lam’s Death?

The elevator footage released showed evidence of tampering by the LAPD. Obscuring the footage’s time stamp and pixelating Lam’s mouth means that the police are keeping something from the onlookers and the general public.

As expected, this drew the ire of the public, and some even raised the question of whether the police are covering up for someone or something in Lam’s death.

When Lam was first reported missing, police dogs searched the hotel environment although they lacked probable cause to search rooms in the hotel. They extended the search to the rooftop but had no reason to search the area of the water tank or look into the tanks which probably contained Lam’s body at the time of the search.

Coupled with the fact that the police released little information after the discovery of Lam’s body, even the most trusting of onlookers speculated that the police might have been a part of an intentional and coordinated effort to lead the public from the truth about Lam’s disappearance and mysterious death. 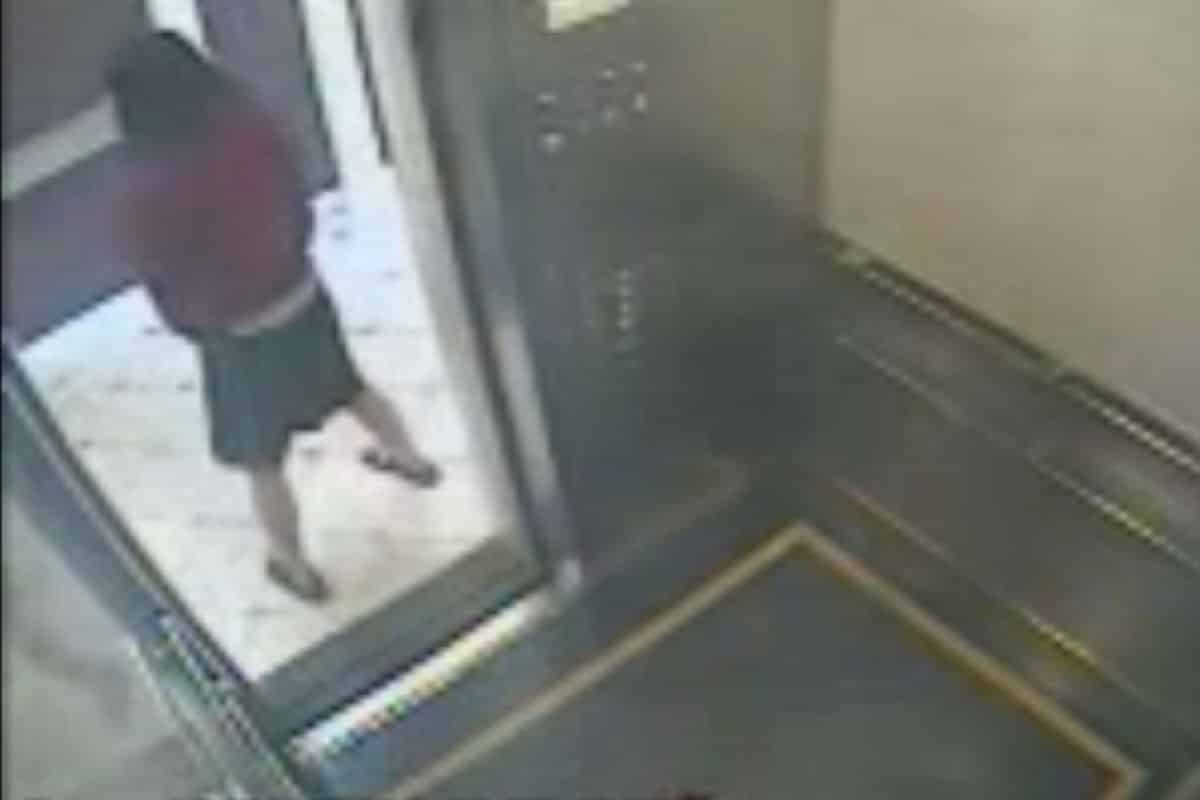 4 Was Lam On Any Other Drugs Other Than Her Prescription Meds?

Toxicology reports obtained from the autopsy of Lam’s body revealed traces of drugs in her system, but the drugs found in her system are mainly from her prescription box for her bipolar disorder. However, the video footage released by the police revealed that Lam’s behavior and actions in the elevator resembled that of someone under the influence of narcotics or mind-altering drugs.

A body language expert suggested that Lam might have been under the influence of narcotics, mostly probably ecstasy.  Lam touches her right arm to her head and walks with jerking, unnatural motions. She rubs her forearms together, stares ahead awkwardly, and seems to hide in the corner of the elevator with eyes level and unmoving. 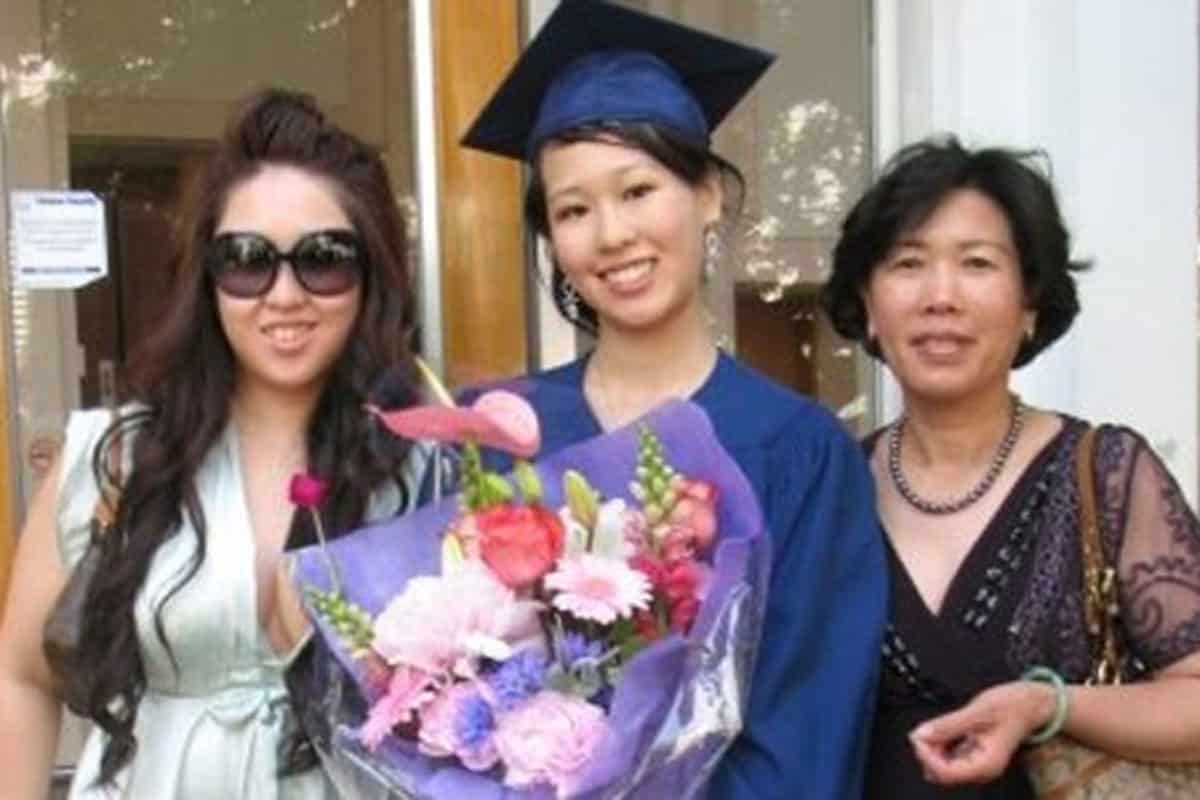 The clothes that Lam was seen wearing in the elevator footage were found floating next to her in the water tank along with her room keys and wristwatch. This led many to question the possibility of a sexual motive to Lam’s death if she was indeed murdered.

Although her body had started decomposing before she was found, there were visible marbling on her skin, which suggests that Lam might have been involved in a physical struggle in her final minutes. However, the city coroner office autopsied Lam’s body and found no evidence of rape or sexual assault prior to her death. 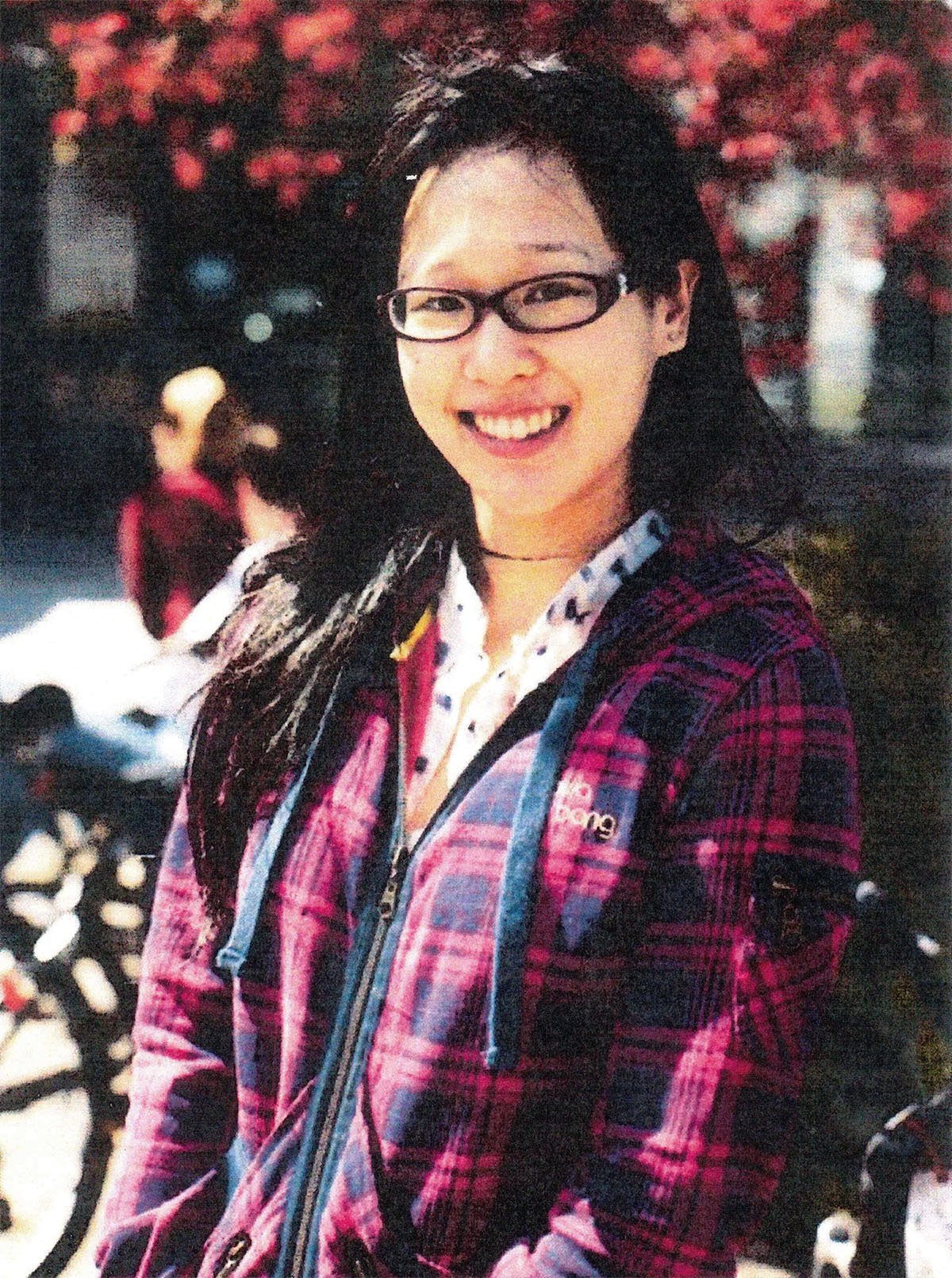 2 Who Was Updating Lam’s Blog After Her Death?

Another mystery to this case was the fact that Lam still had an online presence after her death, or rather her blog kept updating. Before her death, Lam ran two blogs; Ether Field on BlogSpot and another on Tumblr.

Lam’s frequently posted her personal stories on her blog; her lifelong battle with depression, anxiety, and bipolar disorder. She also posted about her self-doubt tendencies; on life choices and lifestyles, and also about literary writers she admired.

What generated public interest was her online presence after her death; her blog kept on updating with new posts even after she had been confirmed dead.

However, the update was a pre-determined function on Tumblr that allowed its users to schedule posts to be released at a set time in the future or recycle old posts to keep the blog updated.

There are many speculations (mostly crazy) about her continued online presence after her death. Many consider this as an attempt by Lam to communicate from the grave. 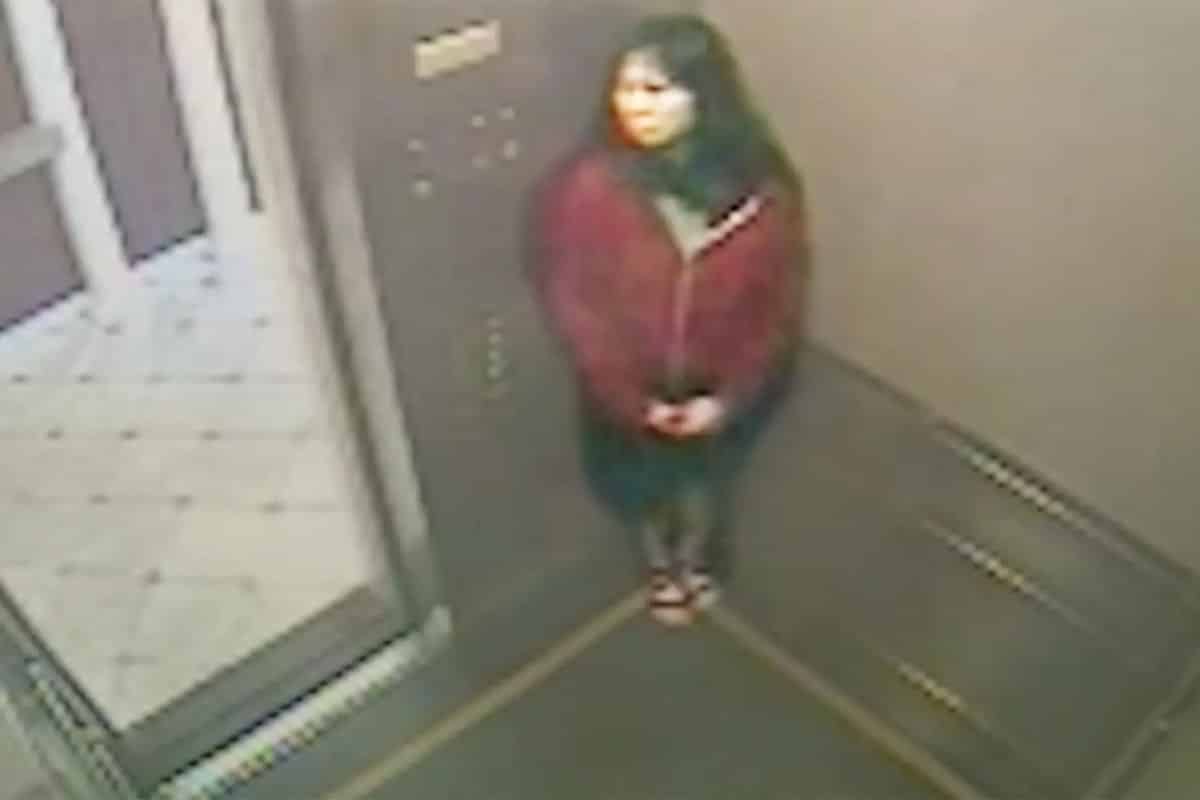 1 Was There Any Supernatural Or Metaphysical Involvement In Her Case?

The elevator footage clearly showed some unexplainable & incomprehensible scenes. Some even suspect the presence of paranormal and metaphysical beings present in the elevator with Lam in the footage released by the LAPD.

Could the mysterious behavior of the elevator be explained by some sort of ghost, spirit, or paranormal activity?

Many credited Lam’s death to the presence of mysterious & metaphysical influence on Lam and her immediate environment. Because evidence and facts cannot adequately explain what happened in the footage and Lam’s disappearance and mysterious death, paranormal explanations seem more logical.

Could she have died under the influence of some supernatural presence? I guess we will never know since her death has been classified as an accident.