Over the past five to seven years, there have been tons of reports about various creatures at risk of being wiped off this planet.

There are several reasons why these animals are in danger.

In some situations, the situation is salvageable, while there is little to no hope for other instances.

However, the thing that most people are not aware of these days is giraffes also find themselves in a similar situation.

Compared to the previous decade, there has been a massive decline in the world’s giraffe population. 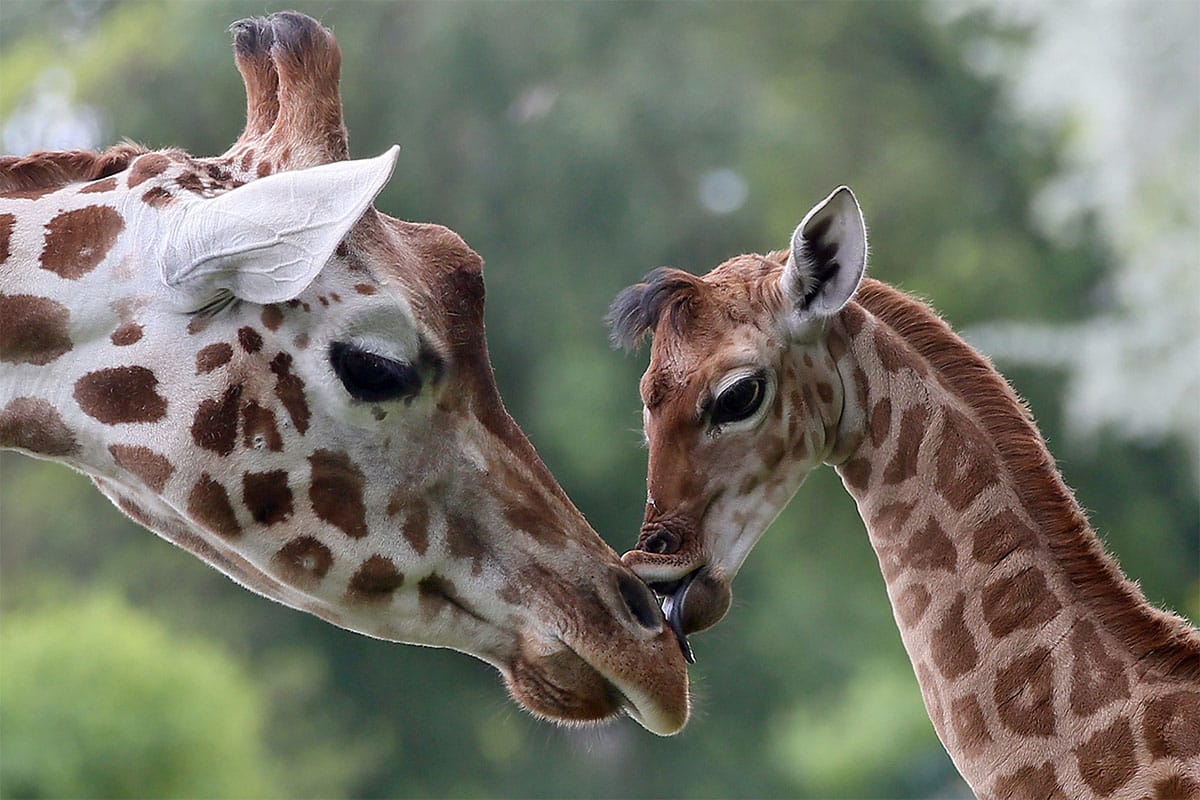 Sub-Saharan Africa alone had a forty percent decline in the past three decades.

According to recent reports, the remaining number of the tallest animals is around 90,000, and conservationists claim that it could drop down to 50,000 if governments worldwide do not take action to save these creatures.

Wildlife preservation groups are doing everything possible to convince the United States government to officially classify these long-necked creatures as endangered species to prevent them from becoming extinct.

While the government is well aware of this dreadful situation, there has been very little to suggest that the officials are taking things seriously.

The thing that makes the entire predicament worse is that very few people know that giraffes could go extinct within decades – hence the term “silent extinction.”

Trophy hunting is one of the biggest reasons behind this problem.

Thousands of people from different parts of the world, especially from America, travel to countries with high giraffe populations.

They hunt them for sport, skin, born carvings, and various other trophies.

Some people do trophy hunting just for the thrill while others make money by selling different body parts of the giraffe to underground markets.

For those who do not know, there are thousands of hidden businesses worldwide who pay millions of dollars for animal remains.

They mainly prefer the remnants of animals like giraffes, antlers, and elephants, believing that they contain restorative and therapeutic properties for various diseases.

The sad thing is, there seem to be no signs of people slowing down,

Instead, more people are showing keenness towards attempting hunting animals for sport.

Most of these people do it to get social media clout, which satisfies their narcissistic egos.

With every step that wildlife enthusiasts and conservationists take, it seems like the hunters try to make their efforts useless by needlessly stalking and killing endangered animals, and it is evident with what is happening to giraffes.

It’s not like people do not know that these animals could wipe away from the earth’s face within years. 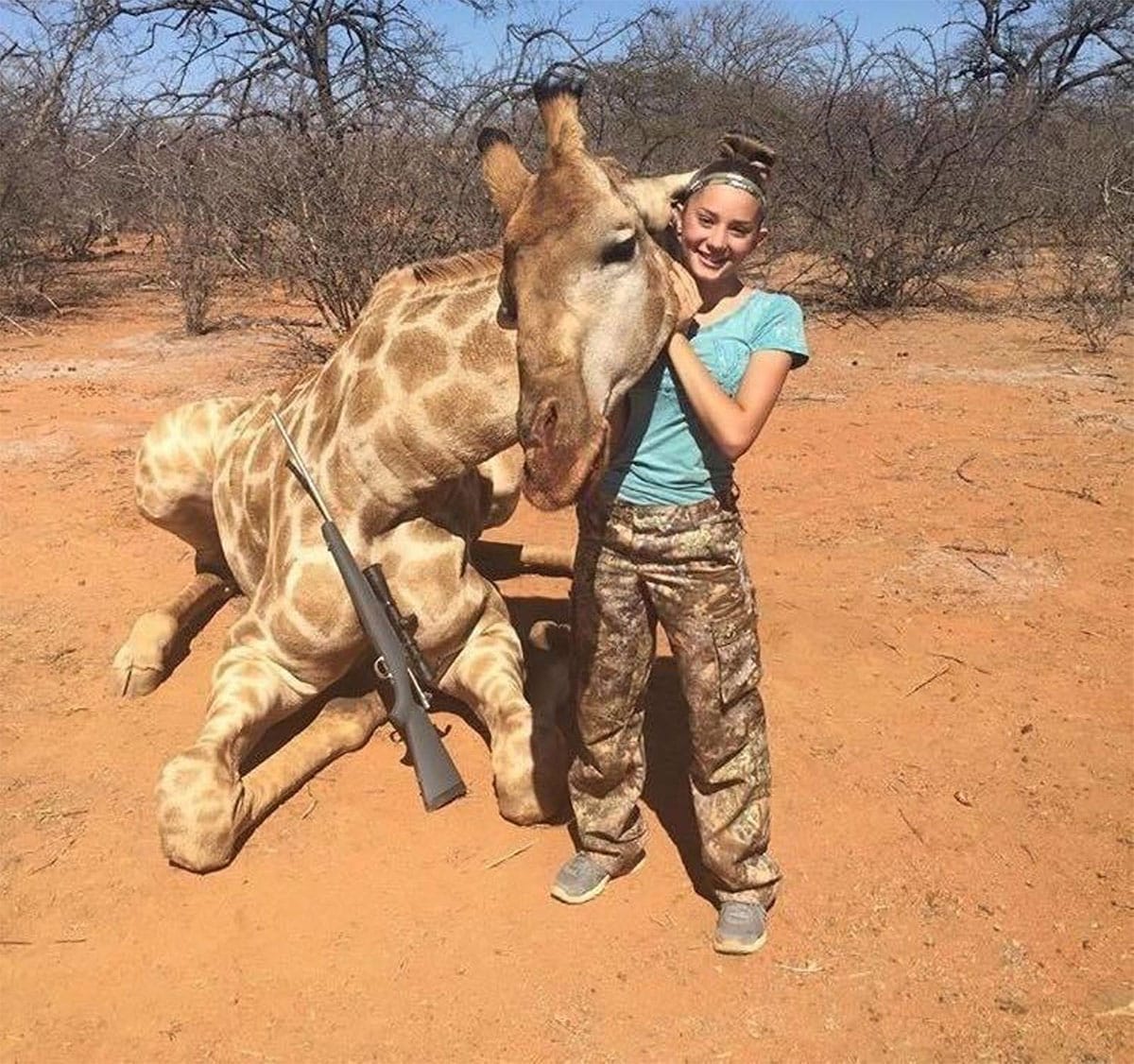 However, they ignore it and keep committing these heinous acts proving that most trophy hunters, if not all, do not have any compassion for animals – especially the ones that do not harm or trouble us.

Trophy Hunting Is Not The Only Issue

While killing for sports is a significant cause behind the rapid decline of the world’s giraffe population, there are several other contributing factors.

Many of these creatures also lost their lives to car crashes.

There have been several situations where people, especially in African countries, crashed into this tall animal’s legs due to reckless driving, breaking the creature’s bones in the process.

The accidents do not kill the giraffes instantly.

Instead, their death is slow and painful as there are very few doctors who can tend to these creatures on time.

Plus, most perpetrators escape from the accident scene letting the animal fend for itself.

What ends up happening in such situations is that groups of lions, tigers, or leopards come in groups and kill the injured giraffe by ripping it to shreds.

Besides car crashes, collisions with power lines also contribute to the death of many giraffes.

The taller ones, in particular, walk into bare electrical wires which electrocute them, causing them to die instantly.

They believe that the current wiring is quite dangerous for giraffes and other animals, and it could kill human beings too.

Surprisingly, most zoos can provide a better living space for their giraffes compared to the ones that roam free.

The reason for that is, people are destroying forests and other areas where most giraffes live.

With a lack of trees and greenery, these animals do not get the right foods or places to live to spend a comfortable life.

With scarce food and the lack of natural habitat, these creatures struggle to live for extended periods.

In most cases, they die at young ages due to a lack of favorable resources that they need to thrive. 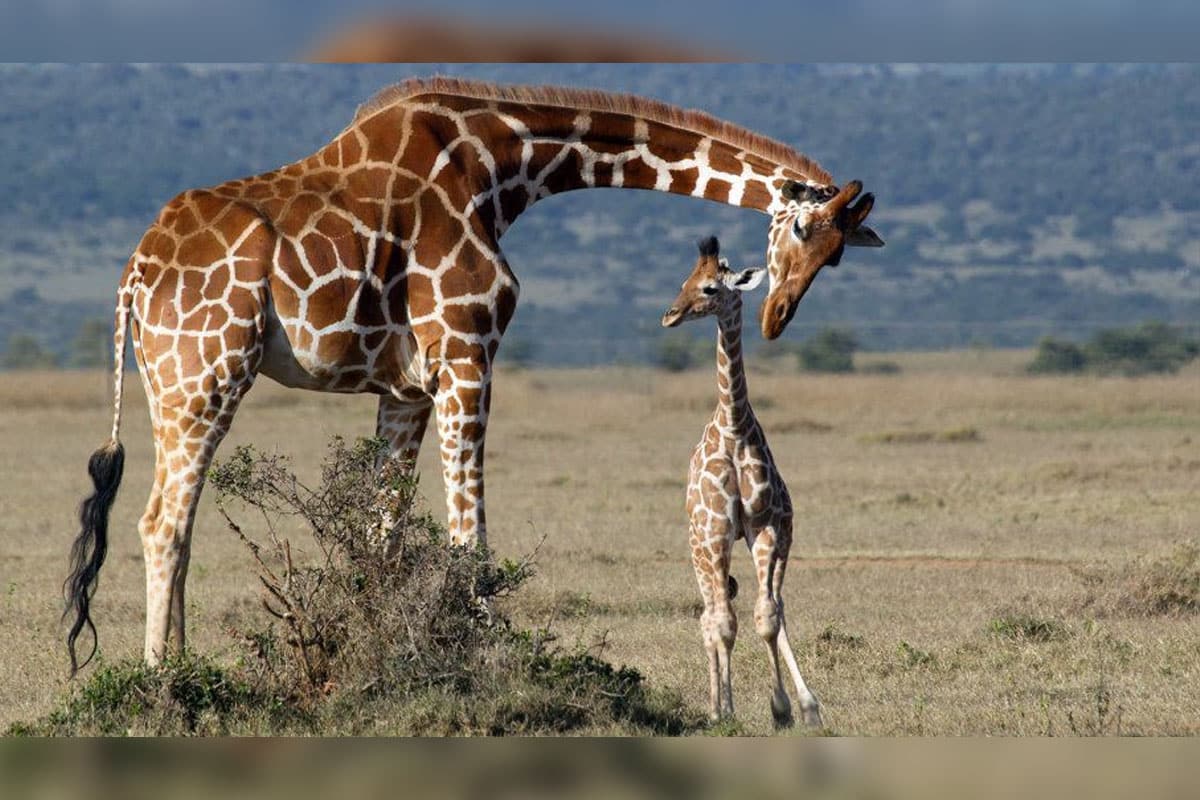 Furthermore, not all zoos have been successful in keeping their giraffes healthy.

Many zookeepers do not know how to handle these creatures.

It is a big reason why these animals die within years or even months.

While keeping any animals inside enclosures is a cruel act, giraffes, in particular, cannot thrive under such conditions.

Sure, there are a few exceptions where zoos have been successful in helping these creatures live long and healthy lives, but it is quite rare.

Elephant poaching is prevalent across the world.

There have been hundreds of cases where poachers killed endangered elephants mercilessly for their tusks.

They sell these parts for millions of dollars.

Several underground criminal enterprises have their hands deep into the poaching business, and elephants are their primary targets.

The problem has become so common that these wild beasts could go extinct sooner than giraffes.

Governments are hard at work to eliminate this problem.

Sadly, this diverts their attention from other similar issues like the silent extinction of giraffes.

What makes matters worse is that some government officials have secret alliances with the people who are poaching endangered animals.

They receive a significant cut to keep their mouths shut and prevent their higher-ups from taking the right steps to avoid the mindless killing of animals.