by Factionary 6 months ago1 month ago
03.3Kviews

Suppose you’re not familiar with the principle of nemesis. In that case, the story of Joseph James DeAngelo, aka The Golden State Killer, is a must-read for you.

While we have the free will to act as we want to and do as we like, we should never forget that our actions have consequences – whether bad or good – that may eventually catch up with us when we least expect it.

Known by various aliases, including Golden State Killer, Visalia Ransacker, East Area Rapist, and East Side Rapist, DeAngelo met his waterloo in 2018 after many years of roaming free, never brought to the books for his heinous crimes.

The plot twist is that he was once a policeman who took an oath to protect the very people and property he maimed and vandalized.

He was a father, husband, and grandfather to his family for years, hiding his tracks and void of suspicion.

To others, he was a nightmare and the case many needed closure from. Eventually, the Golden State Killer had nemesis catch up with him, and this is his story.

DeAngelo Jr. was married in 1973 to Sharon Marie Huddie, with whom he had three daughters but later divorced in 2019.

DeAngelo is a convicted serial killer, rapist, and burglar who terrorized California for 13 years (1973-1986).

He murdered 13 victims, raped 50 others, and committed about 120 burglaries, and executed kidnapping and attempted abduction in recent years.

After evading justice for decades, DeAngelo was finally caught in 2018 following DNA evidence and sentenced to life imprisonment in 2020.

In 2020, before going to trial, DeAngelo pleaded guilty to all 26 criminal counts brought against him by the prosecutors as part of a plea deal – 13 counts of first-degree murder as well as other uncharged acts and rapes.

To the chagrin of many, the death penalty, which DeAngelo was deserving of, was taken off the list. Instead, he got a life sentence without parole in exchange for his guilty plea.

Showing his remorse for the crimes he committed and the hurt he caused many, DeAngelo was recorded saying, “… I’m truly sorry to everyone I have hurt…” at the Sacramento County District Courthouse, California, in August 2020. 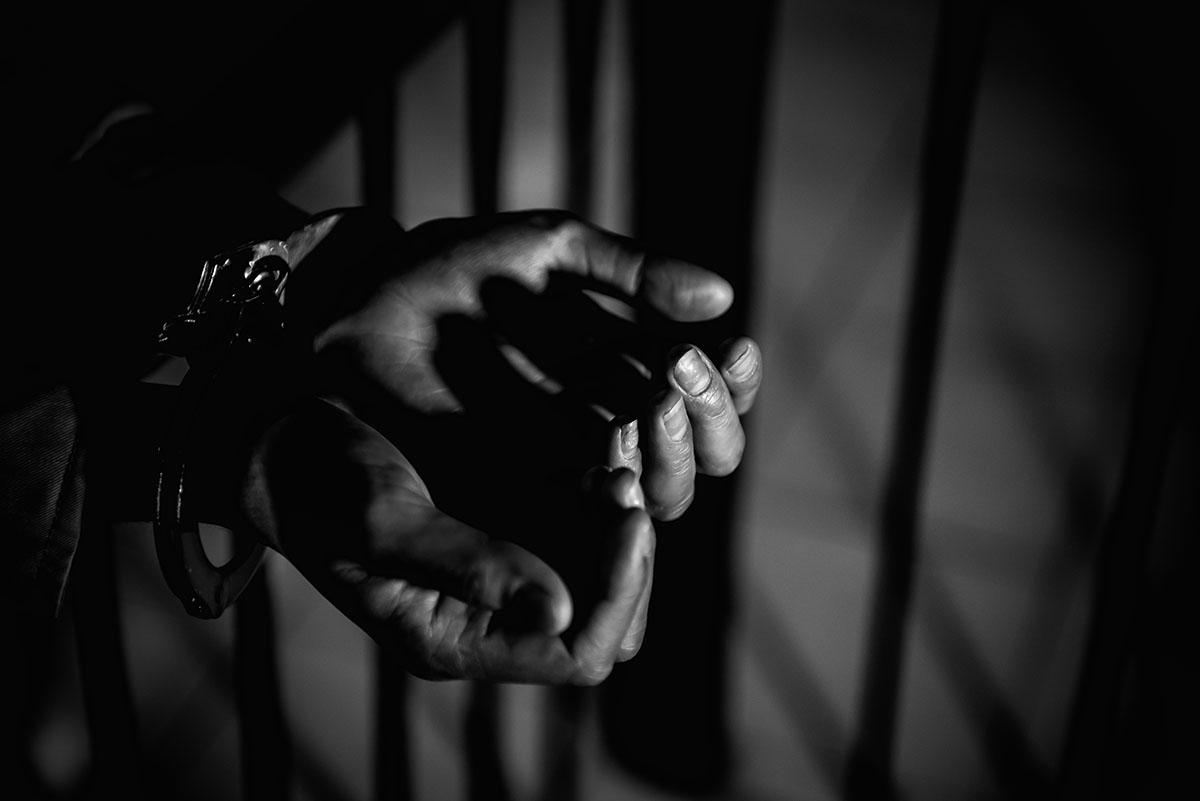 8 /10 Rape And Burglary Off The Table

Following the provisions of the Statute of limitations, De Angelo could not be charged for the rapes and burglaries he committed.

This was so because the time allowed for trying of such cases had elapsed. In other words, the statutes of limitations for the offenses had expired.

However, after pleading guilty to the counts of murder and kidnapping, DeAngelo was also given about 26 consecutive life sentences without the possibility of parole. 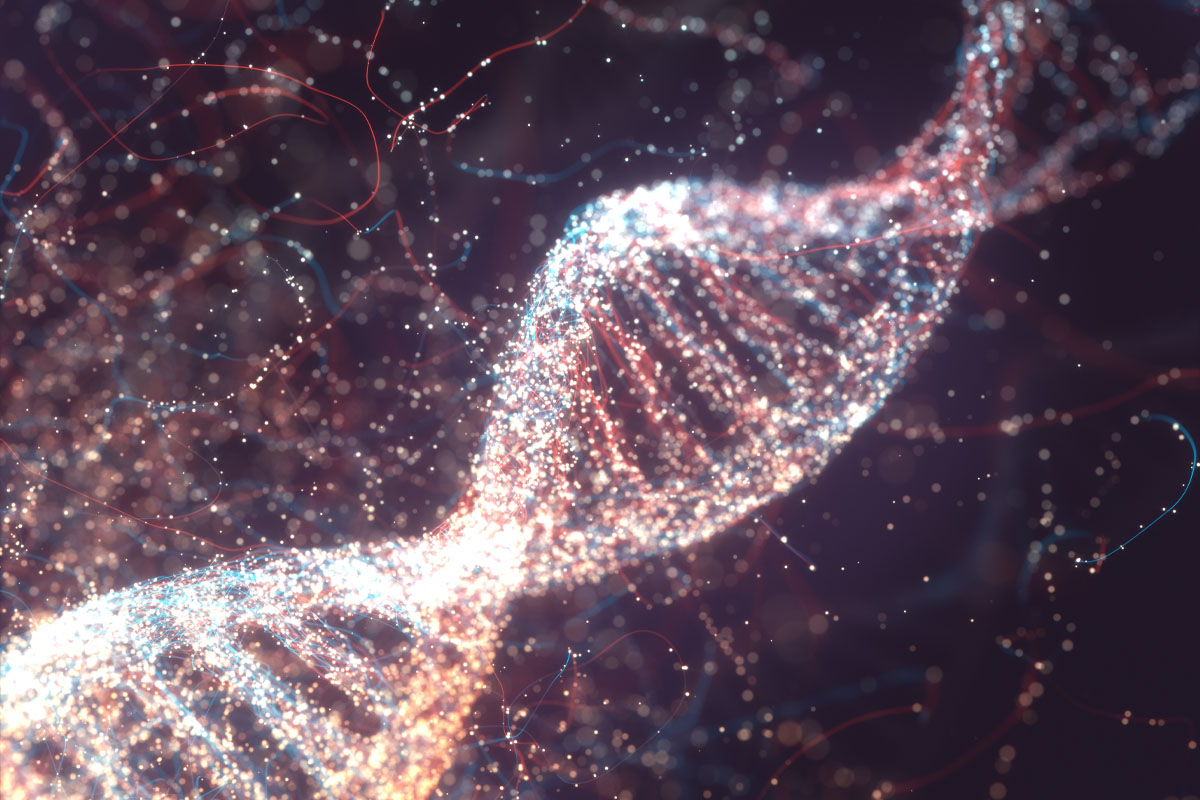 Being a police officer for six years (1973 to 1979) and knowing the metrics and tactics involved in tracking down and arresting a criminal, it’s no surprise that DeAngelo was able to evade arrest for as long as he did.

He was finally caught in 2018 with the help of a DNA-based technology which ethicality is still a debate amongst many.

Using GEDmatch, an online genealogical database where people share their DNA to track their family tree, investigators tracked down his distant relatives, ultimately leading them to him in 2018. 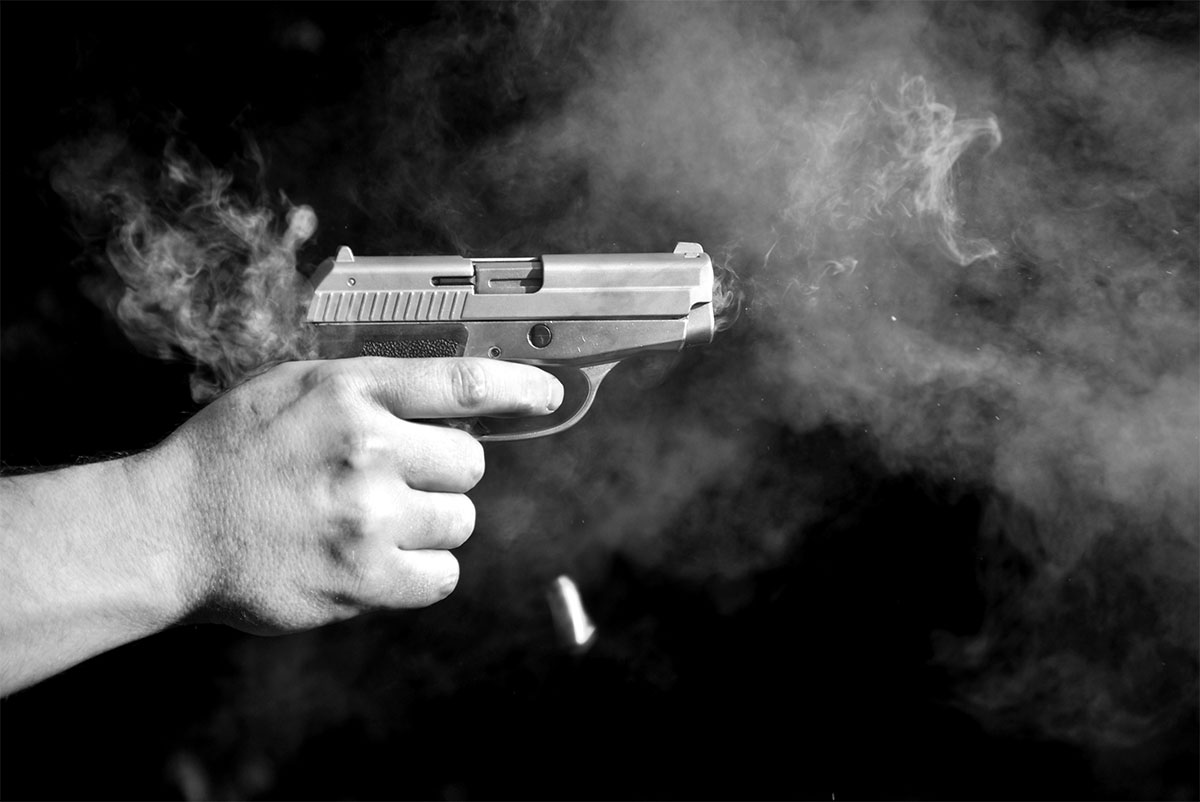 His first recorded murder victims were a Sacramento couple, Brian Maggiore and Katie Maggiore, on a February night in 1978.

In 1979, he moved to southern California, killing his victims by gunshots or bludgeoning.

Although his first attack was on a Santa Barbra couple that proved futile, he committed many more murders across various Southern California counties.

Of his victims were 18-year old Janelle Lisa Cruz, whom he also raped, 28-year-old Manuela Witthuhn, Charlene and Lyman Smith, and others. 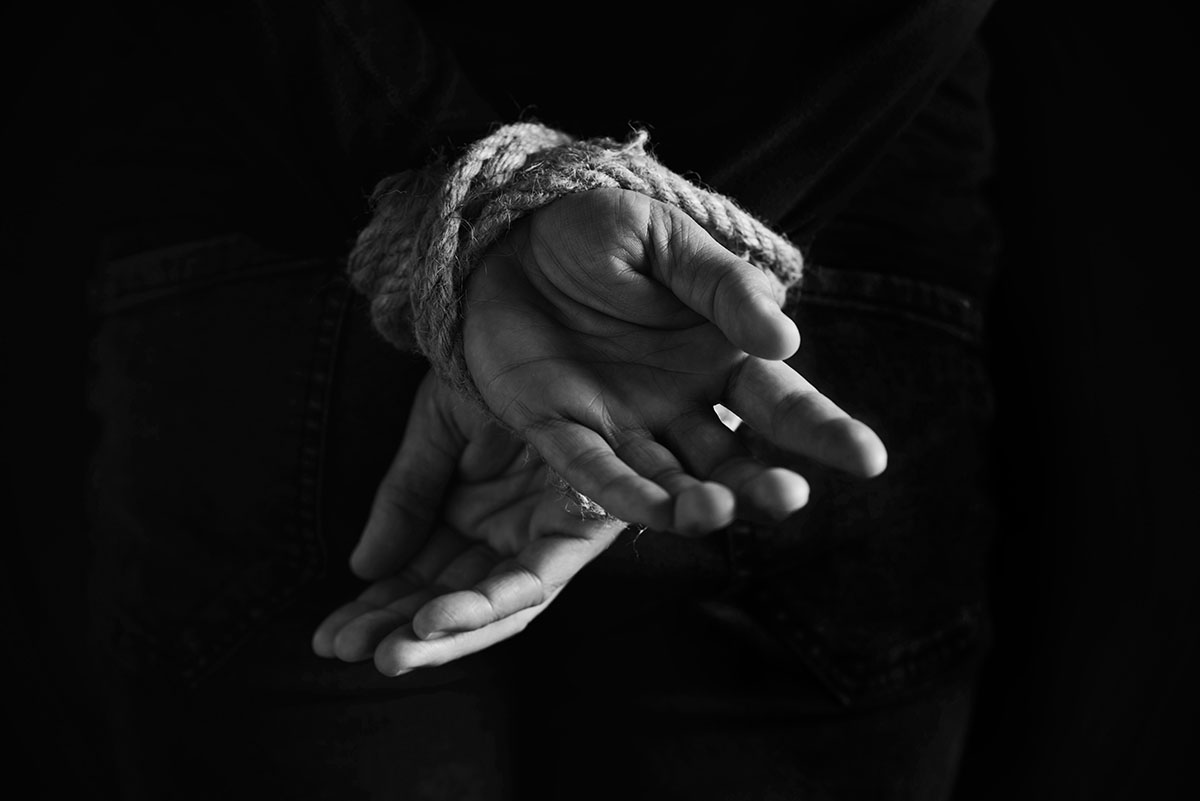 In 1976, DeAngelo moved to Sacramento and focused his rapes on Sacramento’s Eastside (hence the alias, East Side Rapist).

His targets were single women who lived alone or with their children before moving on to attacking couples.

He was known to tie up and gag his victims, threatening them with firearms while he went ahead to rape the females repeatedly. He also ate in his victims’ homes, drank their beer, and ransacked their homes for weapons and cash. 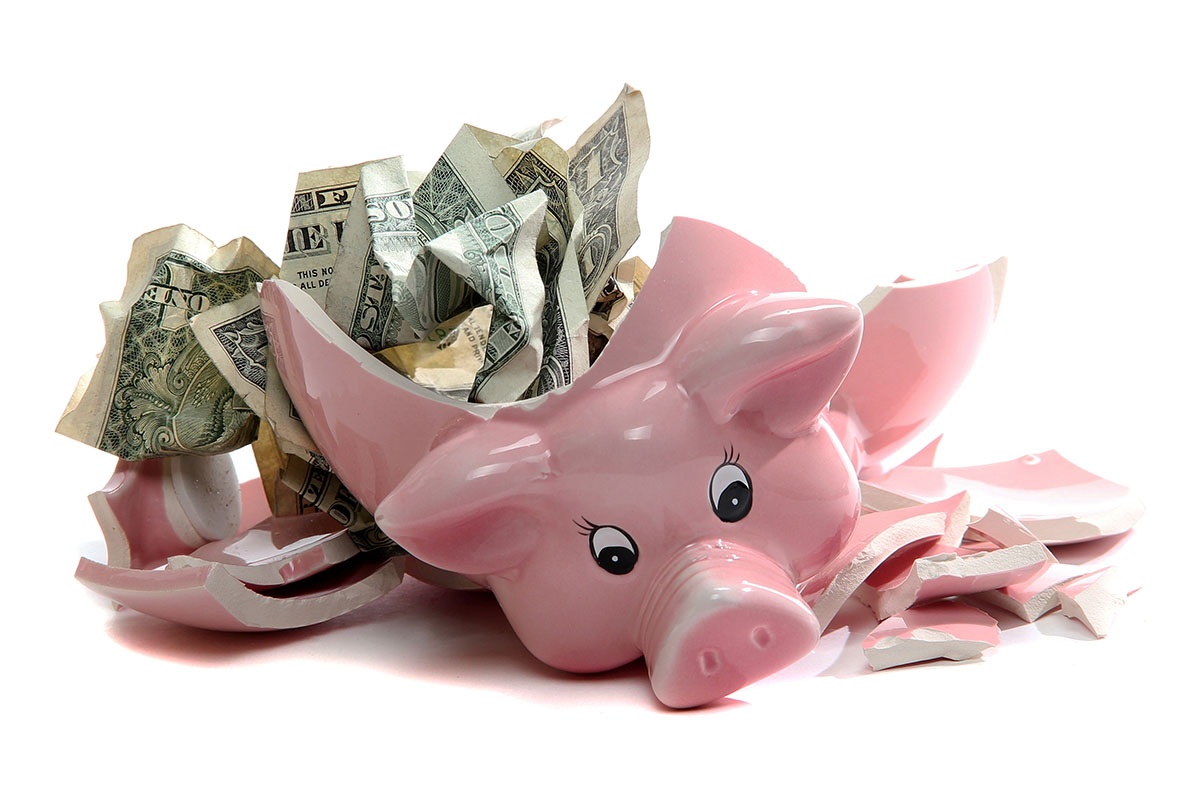 With about 120 burglaries across California, it will not be exaggerated to say that DeAngelo was a serial burglar, which earned him the nickname Visalia Ransacker.

His first recorded burglary happened in March 1974, where he stole a sum of money from a piggy-bank.

Since then, he had gone ahead to break-into many homes, perpetuating his theft by scaling fences, prying windows open, and likes. Although he wasn’t charged for these crimes… once a burglar, always a burglar, yes?

Just like some serial killers who are masters at hiding their dark side from their family and friends, DeAngelo was able to successfully lead his family into thinking he was the husband, brother, father, uncle, and grandfather he posed to be.

One of his nieces even ascribed her knowledge of riding a bike to him.

According to his sister, DeAngelo suffered abuse at his father’s hands while growing up, which could have triggered a chain reaction that resulted in his becoming a killer in his adult years.

Is daddy to be blamed, though? We leave that to the behavioral experts to answer.

Sometimes we wonder what has to happen for an average individual to turn into a sadistic serial killer and rapist suddenly.

Where did it go wrong? According to DeAngelo, Jerry, his alter ego made him commit the terrible things he did. Another theory is that the breakup with his ex-fiancée – Bonnie – could have triggered the crimes.

But whatever the case, DeAngelo was a person who did many bad things and hurt many innocent people. According to prosecutors, this desire for torture and murder was experimented on animals in his teenage years.

DeAngelo was confronted at his trial by some of his rape victims and the loved ones of people he murdered.

And although he feels sorry now about the things he did, these people will have to live with the memories, the scars, and the hurt from the pain he inflicted.

And while his victims will never have their lives remain the same, we can say that justice was done at last, and the man behind the crimes is now behind bars.

While the Golden State Killer is now securely behind bars, there might still be many like him out there lurking around, searching for their next victims. So do well to guard yourself against such predators and always trust your instinct.