by Factionary 2 years ago1 year ago
14.2Kviews

For around a century, since the mid-1800s to mid-1900s, the freak show was one of the most popular forms of entertainment in the United States.

For some reason, many people in the past were interested in (and even paid for) seeing an exhibition of exotic and deformed animals and humans.

The Stiles family were among the “performers” in a freak show, displaying their rare medical condition known as ectrodactyly, a congenital deformity marked by the absence of one or more central digits of the hand and foot.

Back in the day, at least for the family, the condition brought an opportunity to be famous and make a living. For generations, they remain a staple in freak show carnivals.

One member of the family, Grady Stiles Jr., was infamous for his condition and being an abusive husband and father, a convicted murderer, and a victim of murder.

In 1979, Grady was convicted of the third-degree murder of Jack Layne, his would-be son-in-law, in the night before the wedding.

His drinking habit and abusive behavior towards his wife and kids would eventually lead to his death at the hands of an unsuspecting teenage neighbor.

William Stiles was the first in the family to have ectrodactyly. He was born in 1805.

Grady Franklin Stiles Jr. was born more than 130 years later, on July 18, 1937, in Pittsburg, Pennsylvania. He was the fourth generation of the family to be taken with the same congenital deformity.

His father, Grady Styles Sr., was known as the “Lobster Man” in freak show carnival.

He introduced the song to the show at the age of 7, and later on, the little boy would be known and remembered as the “Lobster Boy.” 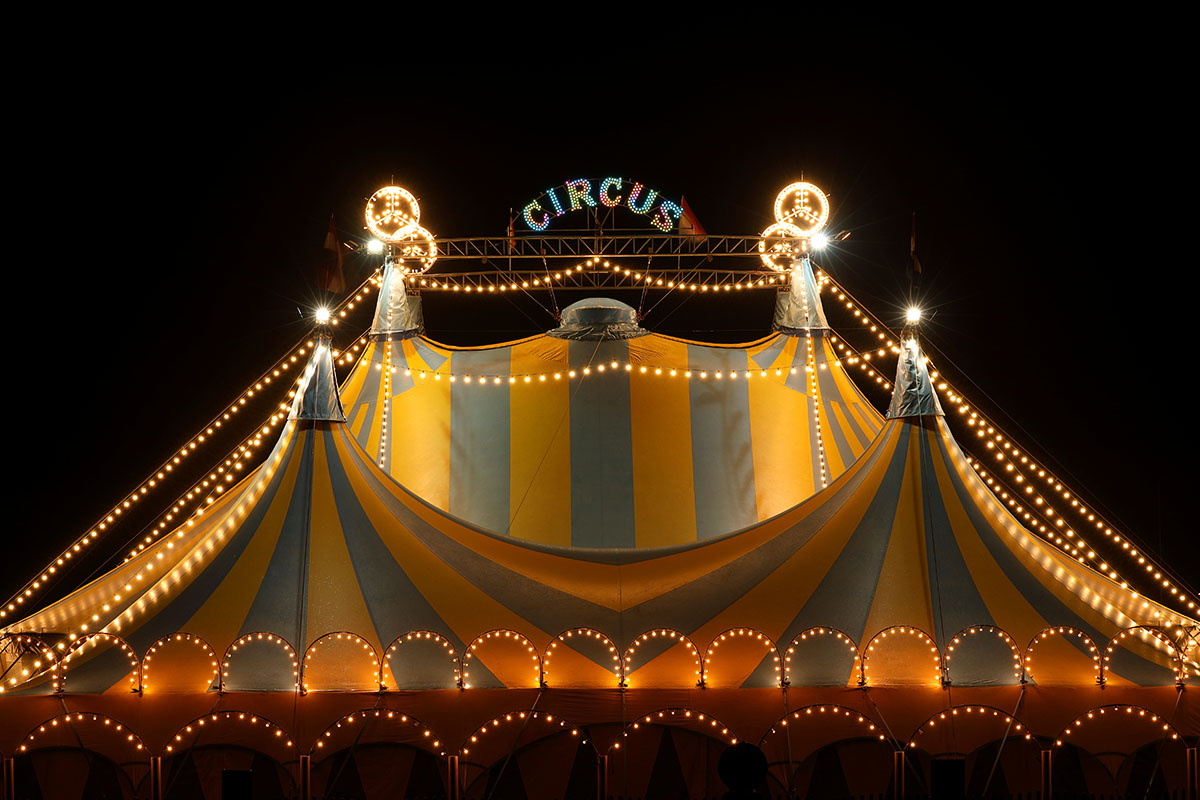 
For almost 50 years, the Lobster Boy toured with the carnival and his family from town to town, hosting a freak show entertainment for a curious crowd. They did pretty well, making anywhere from $50,000 to $80,000 per season.

The Lobster Boy’s ectrodactyly also affected his feet. He was unable to walk and had to use his hands and arms for locomotion.

As a result, he developed immense upper body strength. He married three times – the first and third were with the same woman.

His first wife was Mary Teresa, who claimed to have run away from an abusive home to join a carnival at 19. She and Grady Stiles married in 1958 and had two children.

Their oldest daughter, the Donna, had no deformities. The other was Cathy, the fifth generation in the family born with ectrodactyly.

Mary Stiles said drinking habit turned her husband from a caring family man into a violent one. In 1973, the marriage ended.

Grady, with his two children, moved to Pittsburg. He married a woman named Barbara and had a son named Grady Stiles III.

In 1978, 17-year-old Donna ran away with her boyfriend Jack Layne, then 18, and said they had to get married because she was pregnant. She was not pregnant.

According to some accounts, Grady did not approve of her daughter’s own choice for a husband.

Grady summoned his would-be son-in-law into a private conversation. Donna said that when his fiancé arrived the night before the planned wedding, her father blasted him twice with a shotgun.

Layne died in Donna’s arms. She also recalled her father sitting and smiling on the porch after the killing. 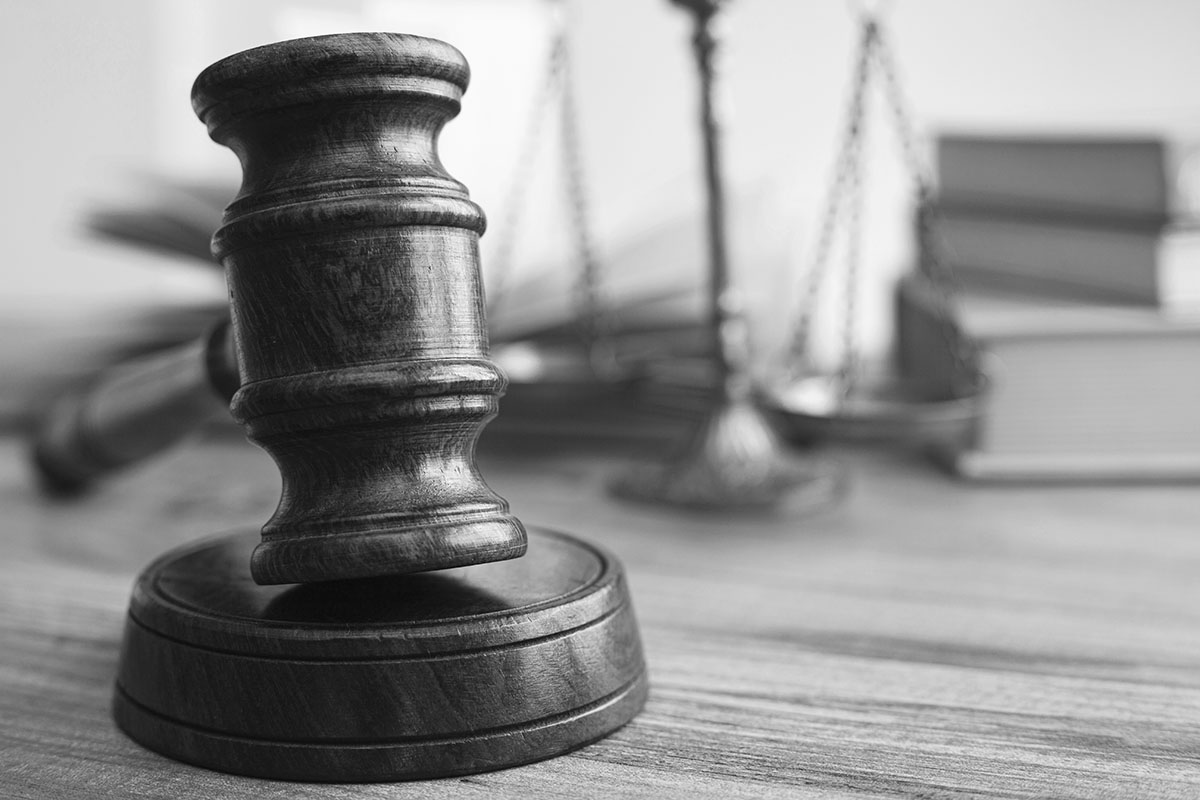 The trial for the murder case, while serious, was at the same time a media circus.

In his defense testimony, Grady said he killed Layne in self-defense. On the other hand, prosecution witnesses claimed he had threatened to kill Layne several times and purchased a gun to carry out the threat.

The police had predicted the jury would give a “sympathy verdict” for Stiles; they were right.

In 1979, he was convicted of third-degree murder for the death of Jack Layne, yet he avoided prison time. Stiles was sentenced to 15 years probation instead. 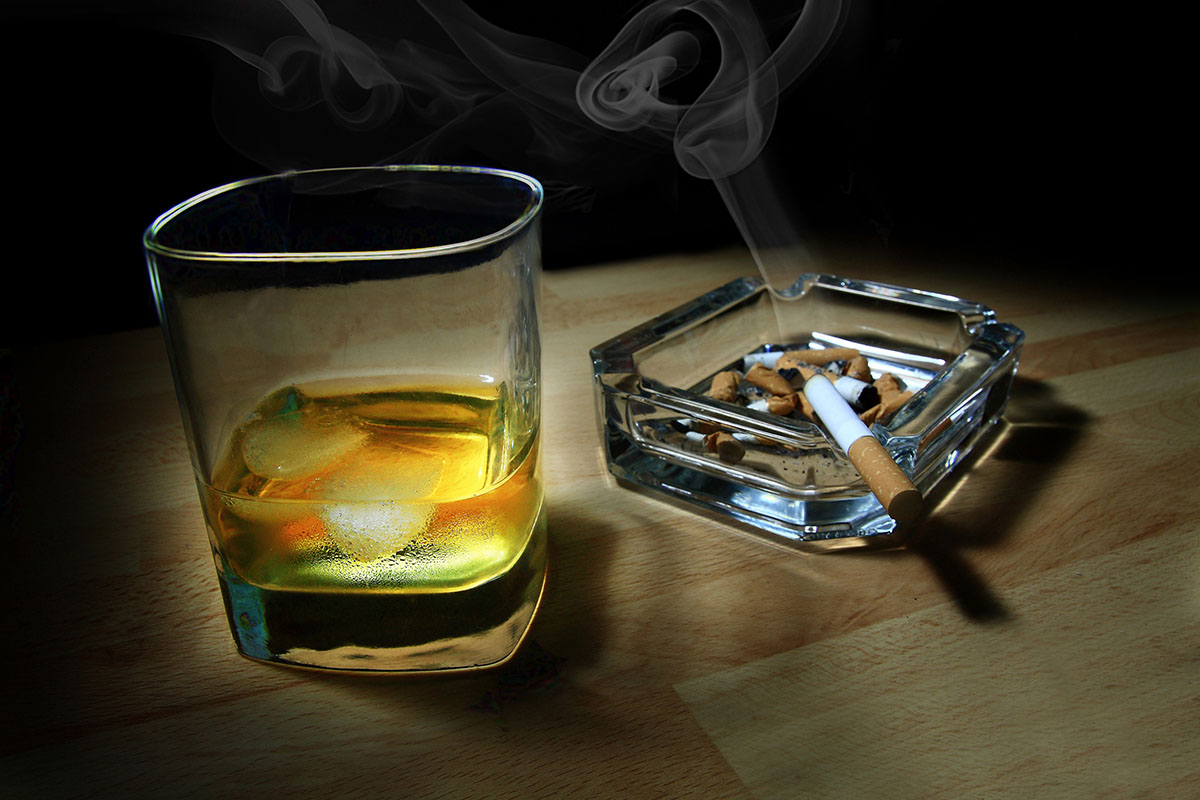 The sentence for a person convicted of third-degree murder could be as much as 10 to 20 years of prison time. Stiles received a merciful sentence, with no prison time at all, partly because of his condition.

Apart from his deformities, he also had emphysema from smoking three packs of cigarettes a day and cirrhosis from excessive consumption of the alcoholic beverage.

A spokeswoman from the state Department of Correction said at that time that the Western Penitentiary could provide physical therapy and artificial limbs if Stiles received prison term and desired the available assistance.

Somehow, after all, this had happened, Mary Teresa went back into his arms.

They remarried in 1989 after Grady divorced Barbara and assured Teresa that his drinking days were now behind him. Mary would quickly find herself making a dangerously wrong judgment.

Just about two weeks into the marriage, Grady returned to the same old abusive, violent man he had known all along. Mary regretted her decision every day as the beating continued and got even worse by the day. 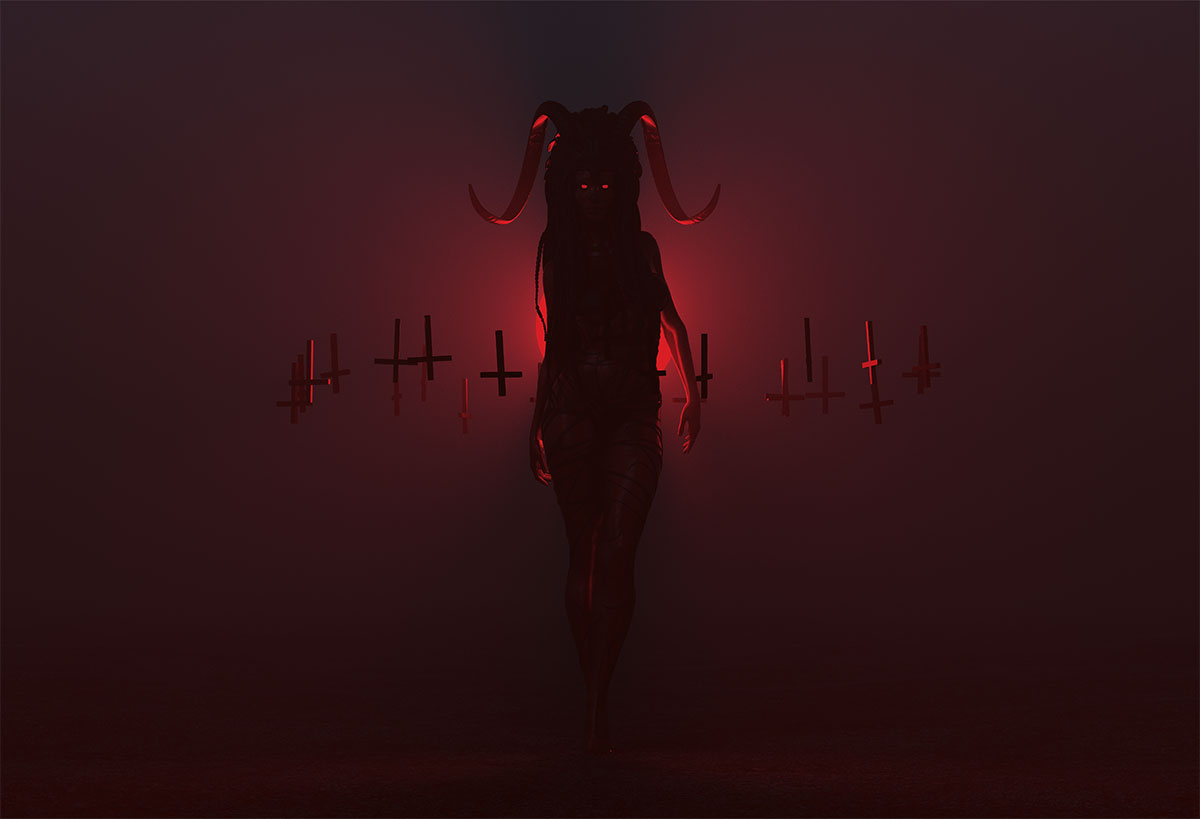 Following the leniency, Grady’s grew even more violent than before. He would often taunt that he had killed a person before and gotten away with it as he beat his wife and family.

Cathy said that when she was seven months pregnant, her drunken father knocked her out of the wheelchair when she tried to stop him from beating her mother.

The next day she was taken to a hospital for an emergency Cesarean section. Her daughter Misty, the sixth generation, was born prematurely in 1990. Sometimes Cathy even described her father as “Satan.” 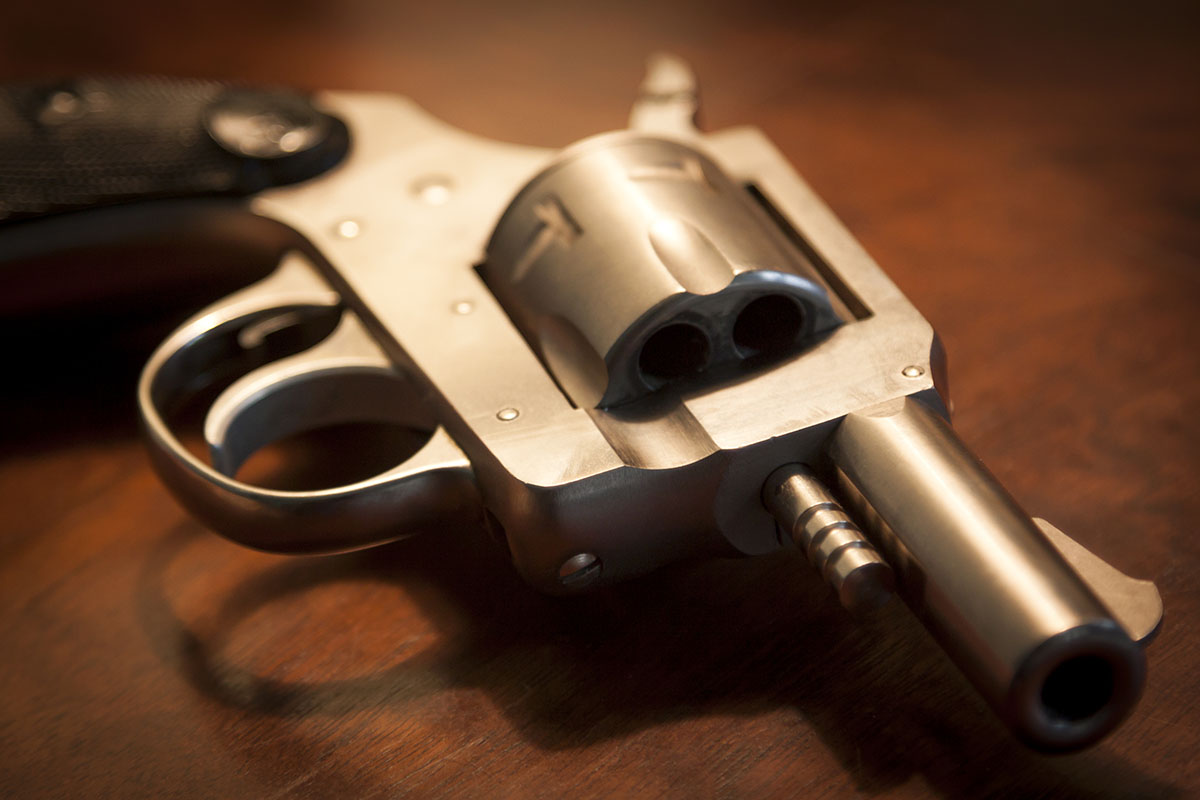 For many years Mary Teresa had put up with Grady Stiles Jr. until she decided the abuse had to stop.

Grady Stiles Jr. was buried in a showman’s cemetery. He was hated in his community that no one volunteered to be a pallbearer.

Mary Teresa was convicted of manslaughter and conspiracy to murder the death of his husband Grady Stiles Jr. and sentenced to 12 years in prison.

Wayne Murray, a former sideshow barker, said that Mary would have stood a better chance had he committed the murder herself; at least people could relate to that.

Chris Wyant was convicted of second-degree murder and sentenced to 27 years in prison.

Newman received a life sentence without the possibility of parole for at least 25 years. Grady Stiles III and his half-sister Cathy Stiles survive on government disability checks.