During the four years of Khmer Rouge in Cambodia from 1975 to 1979, the country nonetheless was transformed into a killing field executing people here and there.

This is why those four years are known as the worst period for Cambodia and one of the worst mass killings that took place in the 20th century.

According to an estimate, two million people lost their lives in this brutal regime and many fled the country to escape from being murdered by the merciless ruler. 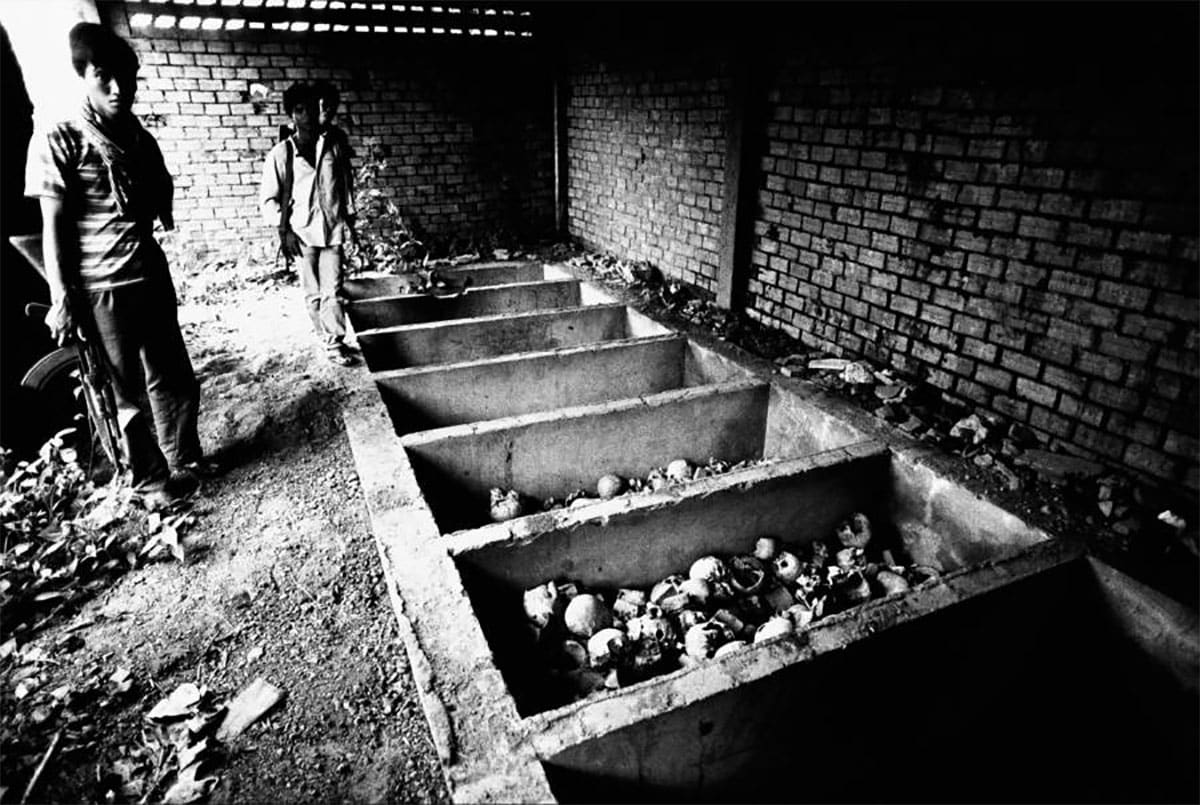 Nothing can be compared to the horrors of this mass murdering.

The country had to suffer terrible loss during these four years and was taken back to Middle Ages as the people were ruthlessly killed, lost their jobs, had to fled, and those who weren’t murdered starved to death.

How It All Started?

The horrors of this tragic event originate from the 1960s when a communist party became active in Cambodia that was ruled by a Monarch. 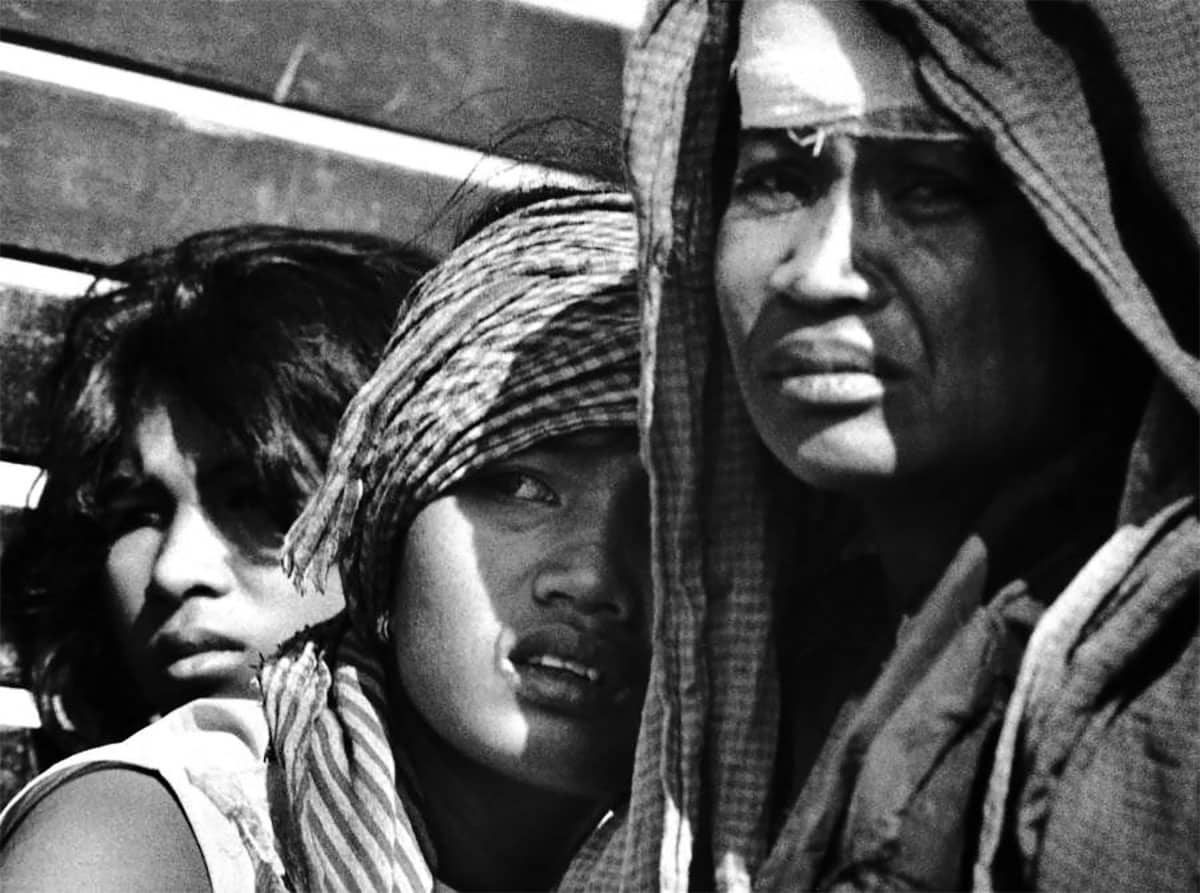 The Khmer Rouge movement started in the mountain areas and jungles of the country and gradually spread throughout Cambodia.

Their main motive was to fight this communist party that had begun its rule in the country.

Initially, the movement did not have much support from the citizens of the country and only worked as an armed wing of a communist party of Kampuchea.

The group started gaining popularity after the right-wing military coup overthrew Prince Norodom in 1970 that was the head of state at that time.

To regain his rule, the prince decided to extend his support to the party. They collaborated with him politically.

Once the prince supported Khmer Rouge, the group started gaining the support of the people as well.

It was because the monarch was famous among the people.

This is when the group started getting famous among the citizens of the country.

During the civil war that took place in Cambodia for almost five years, the group extended its control to the countryside as well by promising to offer the citizens the peace which they were longing for.

Thus, the group that was initially restricted to mountains and jungles started operating in the countryside as well. The citizens were tired and exhausted by the long civil war and the secret bombing by America.

They wanted peace in the country so that they could take a breath of relief. This is why they decided to extend their support to the group.

The Khmer Rouge gave them a ray of hope which they had been longing for by offering them peace.

However, when Khmer Rouge actually did come into power led by Pol Pot, the peace which the group had promised to the citizens never came. 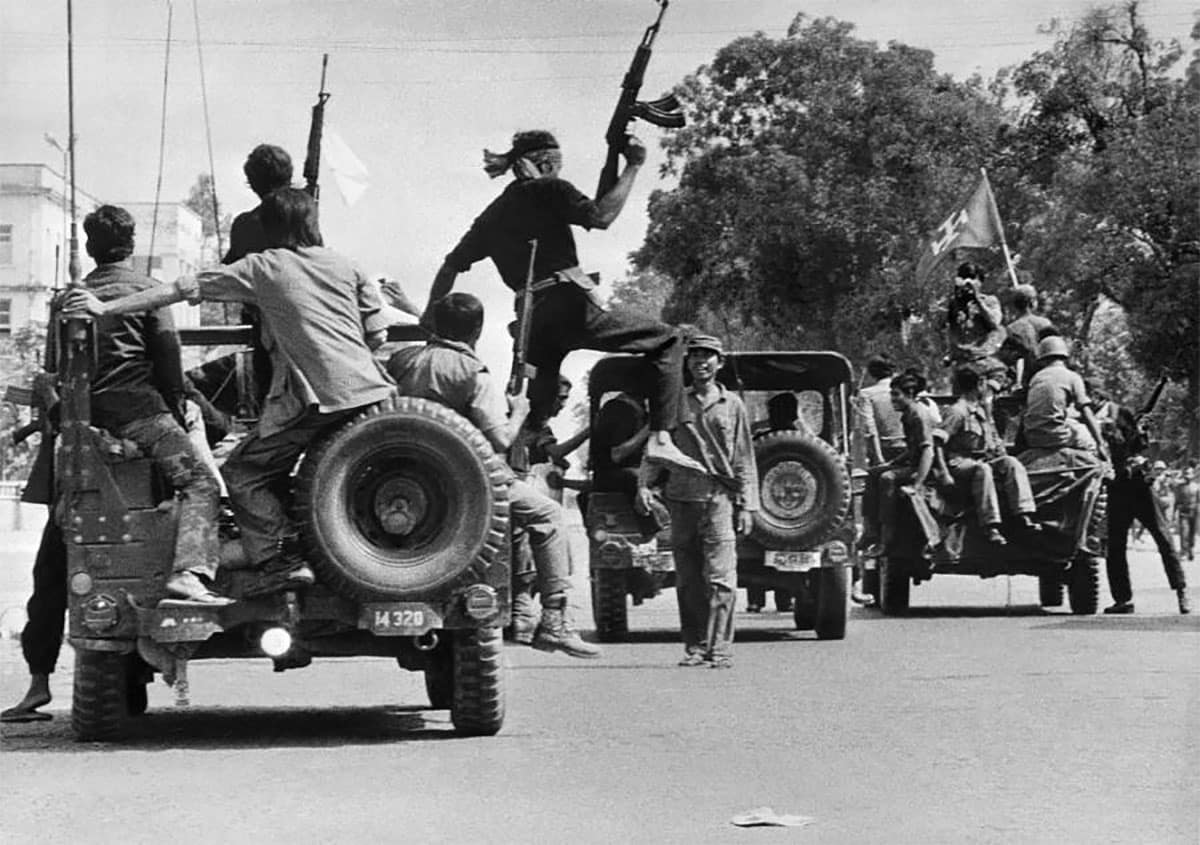 The citizens were in for a huge shock because the exact opposite of peace happened.

The situation got worse than ever and the worst mass killing that the history has ever witnessed took place.

During the four short years that Pol Pot with the assistance of his group led the country, the whole country was taken by storm. 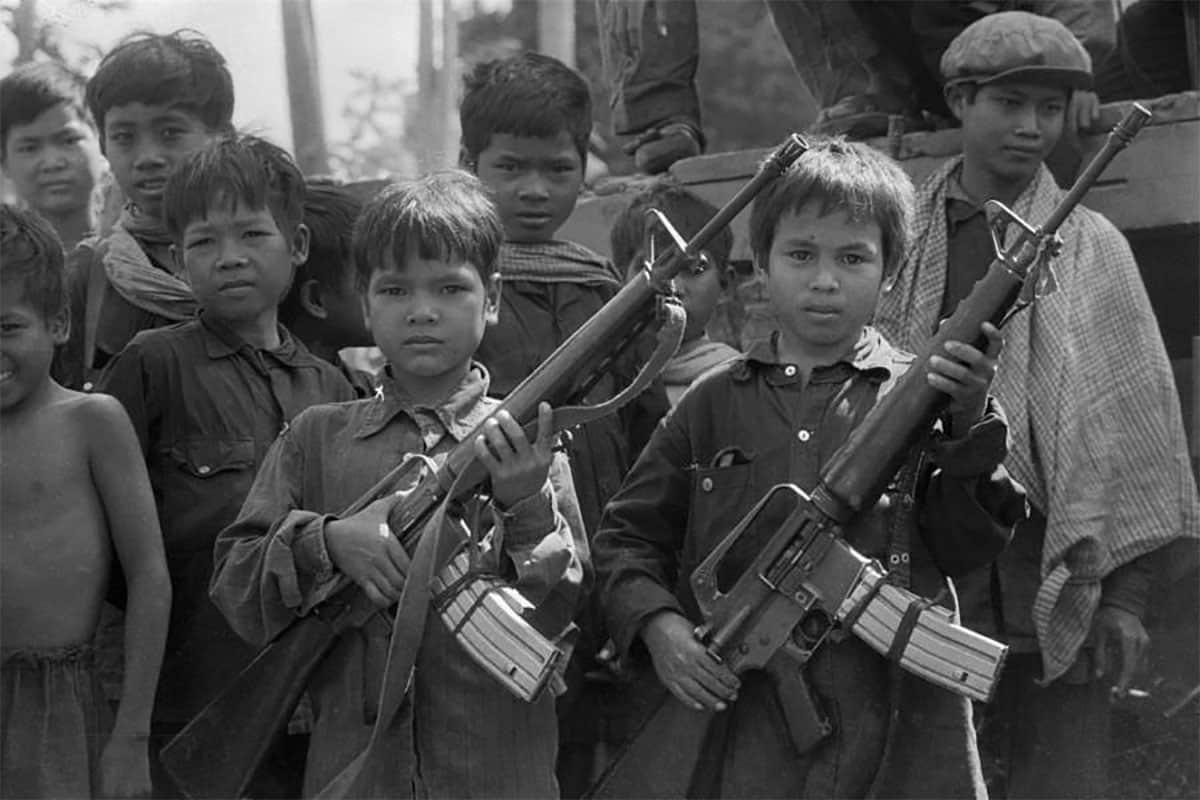 The Country Was Transformed Into A Killing Field

Pol Pot along with his group did not show mercy to anyone who had stood against them during the civil war.

Possessions of the people were confiscated and the citizens were rounded up to be sent to the countryside to establish an agricultural society.

Many of them even fled to Thailand and the gates of the French Embassy were flooded for immediate immigration.

The people who had fought Khmer Rouge were executed in masses on the spot. People were sent to the countryside and thousands were killed in the process. The group was rounding up everyone who was a possible threat to them.

From selling a product across the border to just talking to anyone, everything was considered treachery and an act of treason. People found committing treachery was executed then and now to teach a lesson to others.

Some were even sent to the supposed educational camps from where no one would ever return and were eventually murdered.

Thus, the whole country was transformed into a killing field with the citizens dying here and there.

The Atrocities Committed By Khmer Rouge

The atrocities that took place in the country during the four-year rule of the Khmer Rouge led by Pol Pot were unimaginable.

More than one hundred and fifty execution centers were established in the country and people were slaughtered like bulls and sheep. The most brutal of them was the one named Tuol Sleng that was formerly a school.

An estimate of 20,000 people were locked up inside this death factory and only seven of them could get out alive.

What was crueler than the killings that people were forced to dig their own graves before they were murdered mercilessly by the spades and bamboos.

Even The Children Were Not Spared 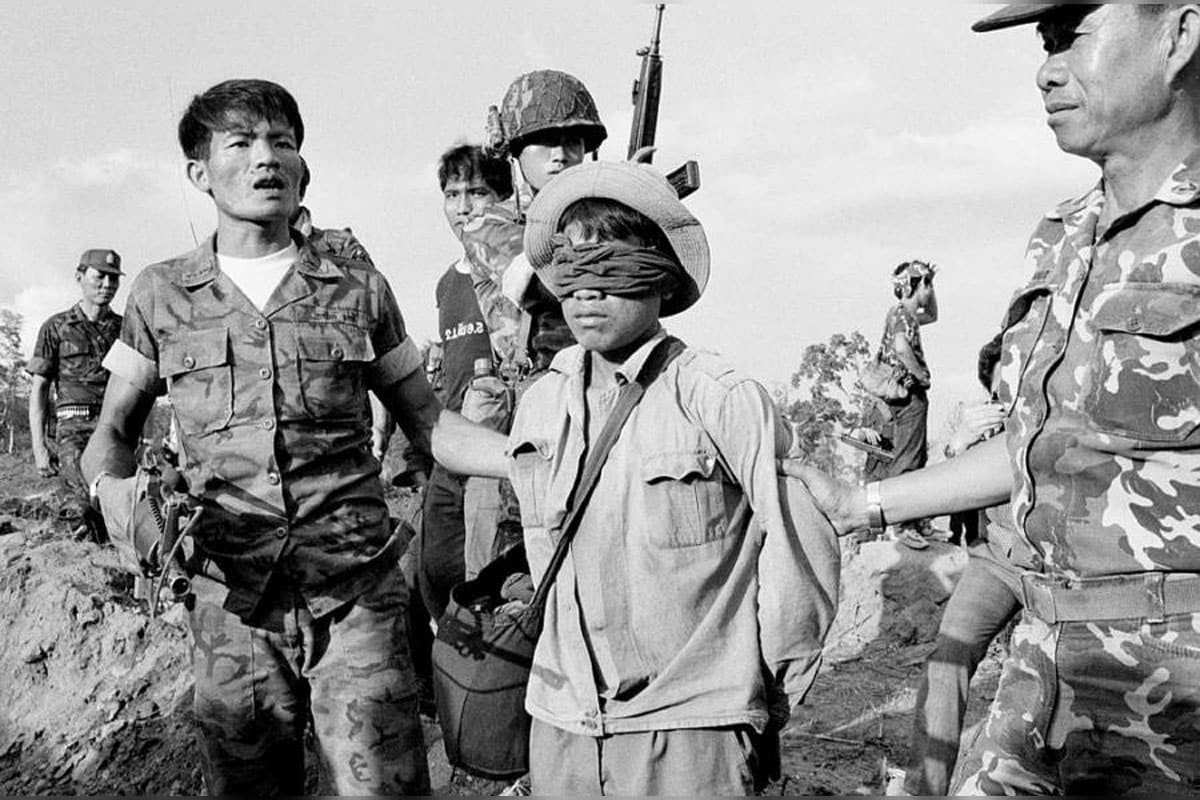 The group did not confine its atrocities to the adults only. It left no stone unturned when it came to terrorize the citizens of the country and even the started killing of the minors and the children as well.

What was more appalling was how the children were actually murdered by them.

They were mercilessly hit into the trunks of the tress and would immediately die on the spot.

Once they died, they were disposed into mass graves where their parents were buried. Thus, no one was spared by this cruel group. 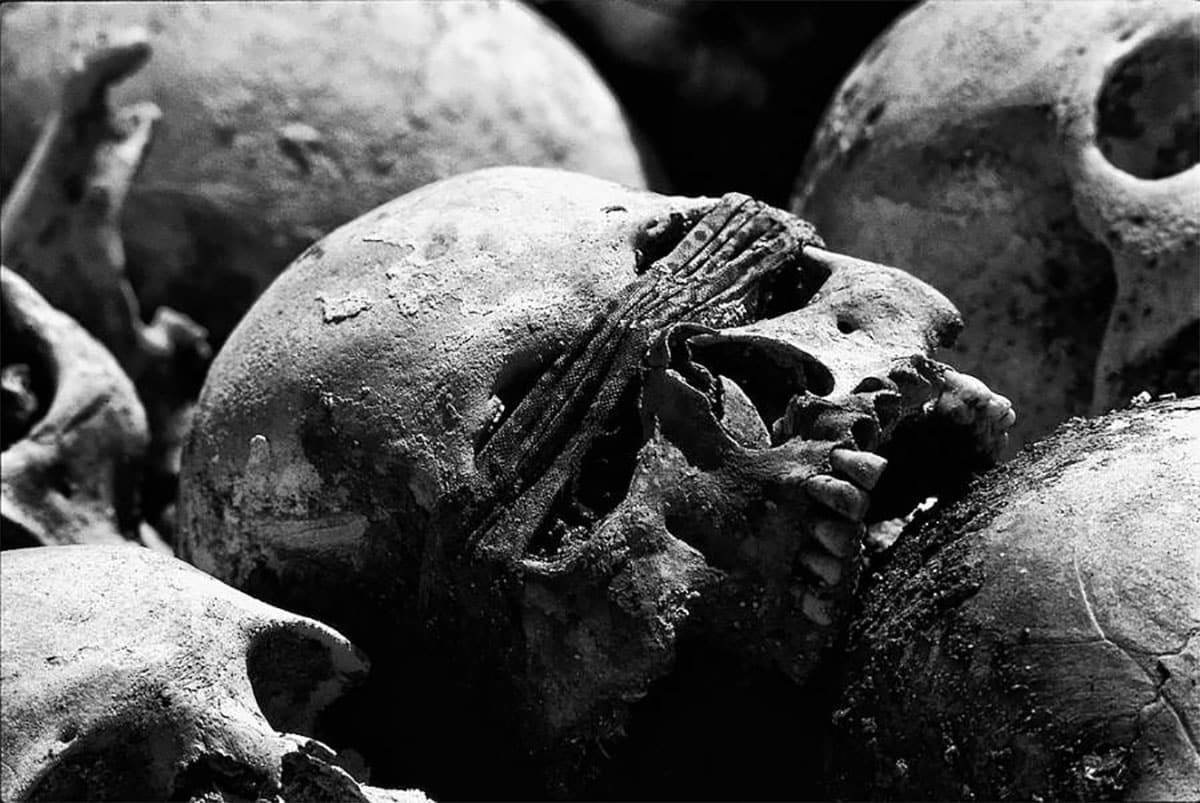 How Did It End?

A group of this dangerous and deadly needed to be stopped immediately. All this mass killing and massacre came to an end when the Vietnamese invaded the country in the year 1979.

With the invasion of Vietnamese, the Khmer Rouge came to an end and the lives of the Cambodians were saved.

Years later, mass graves were discovered throughout Cambodia by Vietnamese including Tuol Sleng where human remains were found.