by Factionary 8 months ago3 weeks ago
134Kviews

We have a natural fascination with celebrities. Something about watching people who have “made it” gives us inspiration for our own lives.

We look up to celebrities as examples of how we should live our own lives and even as models for how we can achieve our own success.

Think about how many different celebrities write books on how they got success and how we can get success too.

There is a natural glamor and allure to the rich and famous that we are naturally attracted to.

Reading about celebrities gives us a way to distract ourselves from our own lives too—it is almost a way to project ourselves into their lives, a way for us to escape our own and live theirs.

However, the truth is that not all celebrities are as successful as those we read about.

Many famous actors and athletes and musicians are unable to handle the amount of success that they have achieved. Poor decision making and a lack of proper financial planning has derailed many careers before.

This article will describe ten celebrities who experienced the highs of being famous and plunged to the lows of being homeless. Each of these celebrities has had their own story, and they have all dealt with homelessness in their own ways.

Read on to find out how these household names fell into homelessness and how some managed to drag themselves back out. 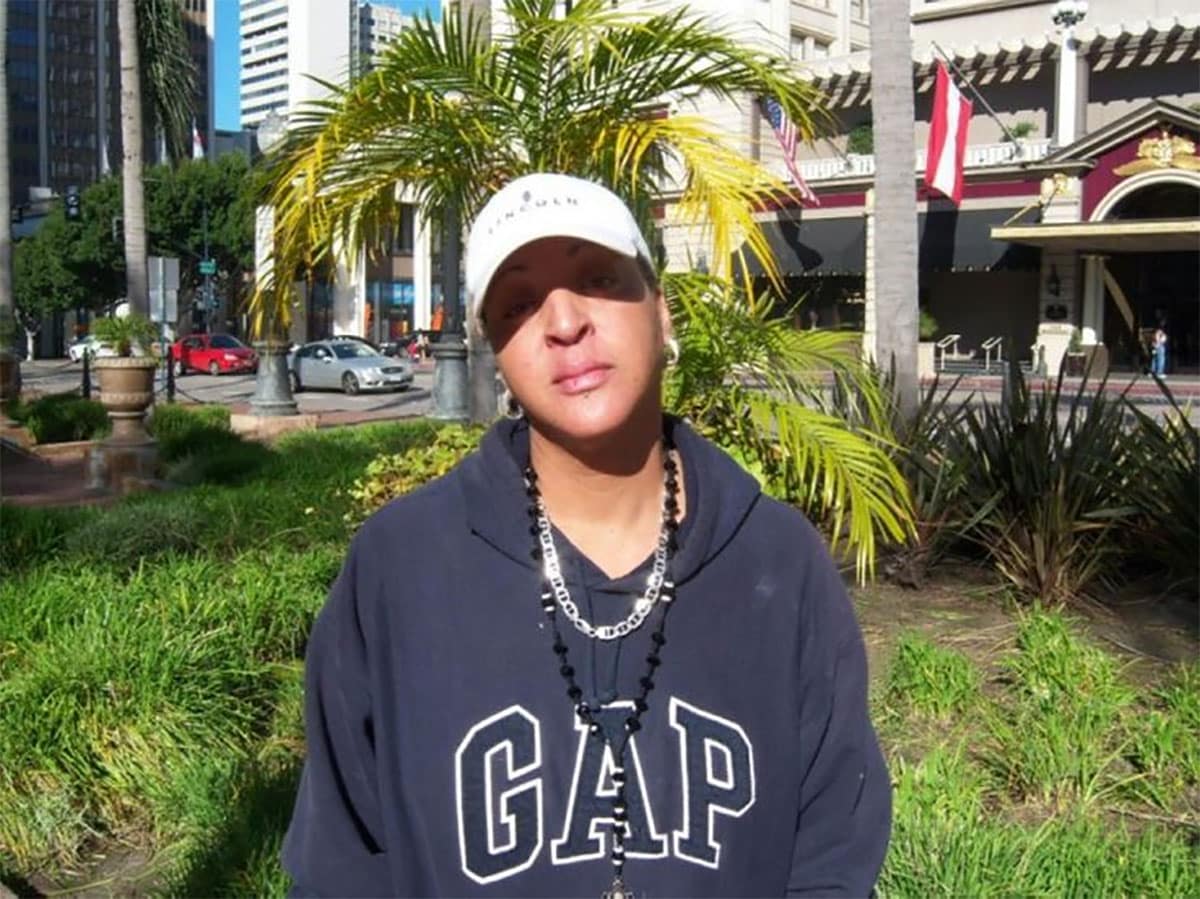 Despite once being one of the most popular shows on American television, one of the gladiators, Storm, became homeless.

In fact, Storm was so successful on the show that she dominated her opponents for three years. Needless to say, she would have been a household name in the United States due to her success on a very popular show.

However, due to issues with domestic violence, Debbie Clark (Storm’s true name) was forced into homelessness. At the time, she lived on the streets of San Diego as a single parent with her son.

When volunteers who took it upon themselves to help the homeless of San Diego came by, she simply walked up to them and introduced herself: “Hi, I’m Storm the American Gladiator, this is my son Crayton—we’re homeless.”

Eventually, a CEO took Clark and her son into his home while volunteering. He and other homeless volunteers continue to support Clark to help her regain a stable life. 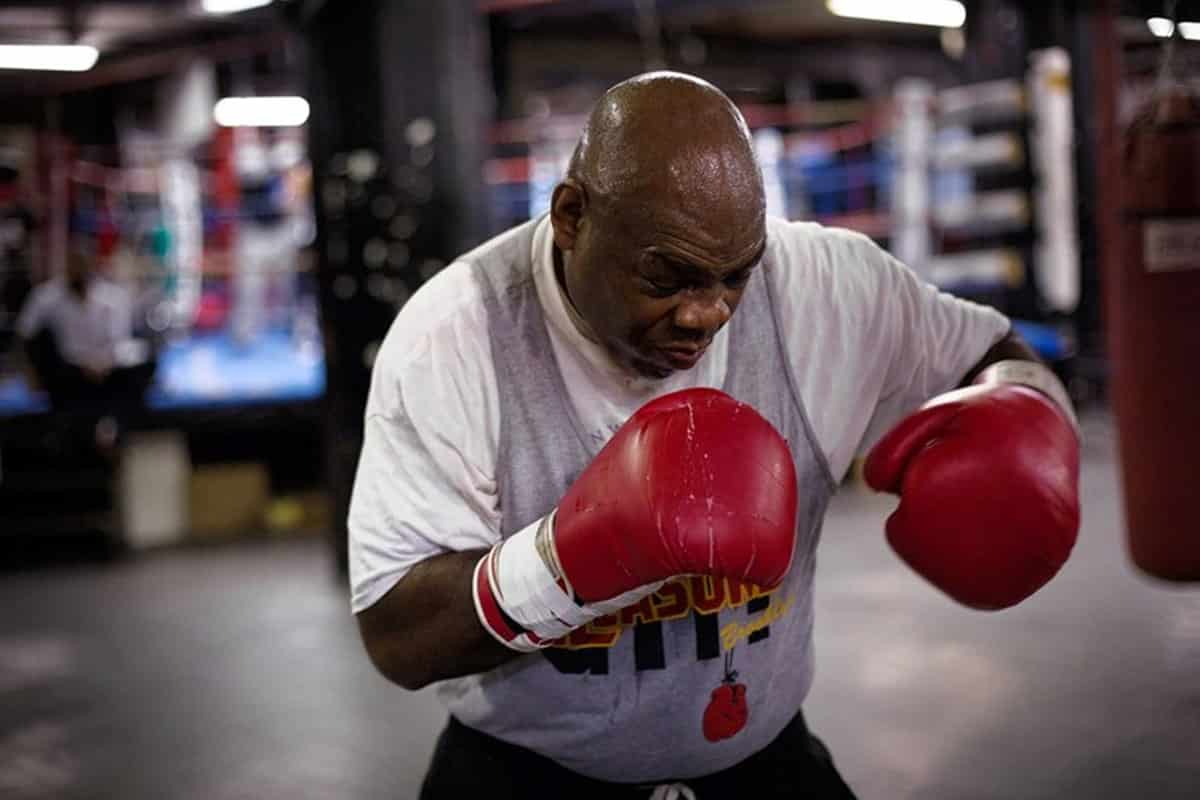 Iran Barkley was once a very successful boxer. He was the champion of Bronx Boxing in 1988 after defeating Thomas Hearns.

His success as a boxer won him millions of dollars, which he largely spent. While he did buy some things for himself—a custom Mercedes Benz or two, expensive jewelry, and even fur coats, he also threw large parties for the kids on his block.

By 2010, Barkley had found himself homeless. He came back to his childhood home and found that his niece had changed his locks.

That first night when he became homeless, Barkley spent the night on the train and even brought himself to sign an autography for a fan he met. However, Barkley has found a way to pick himself back up. He is much more stable now and no longer living on the streets, homeless. 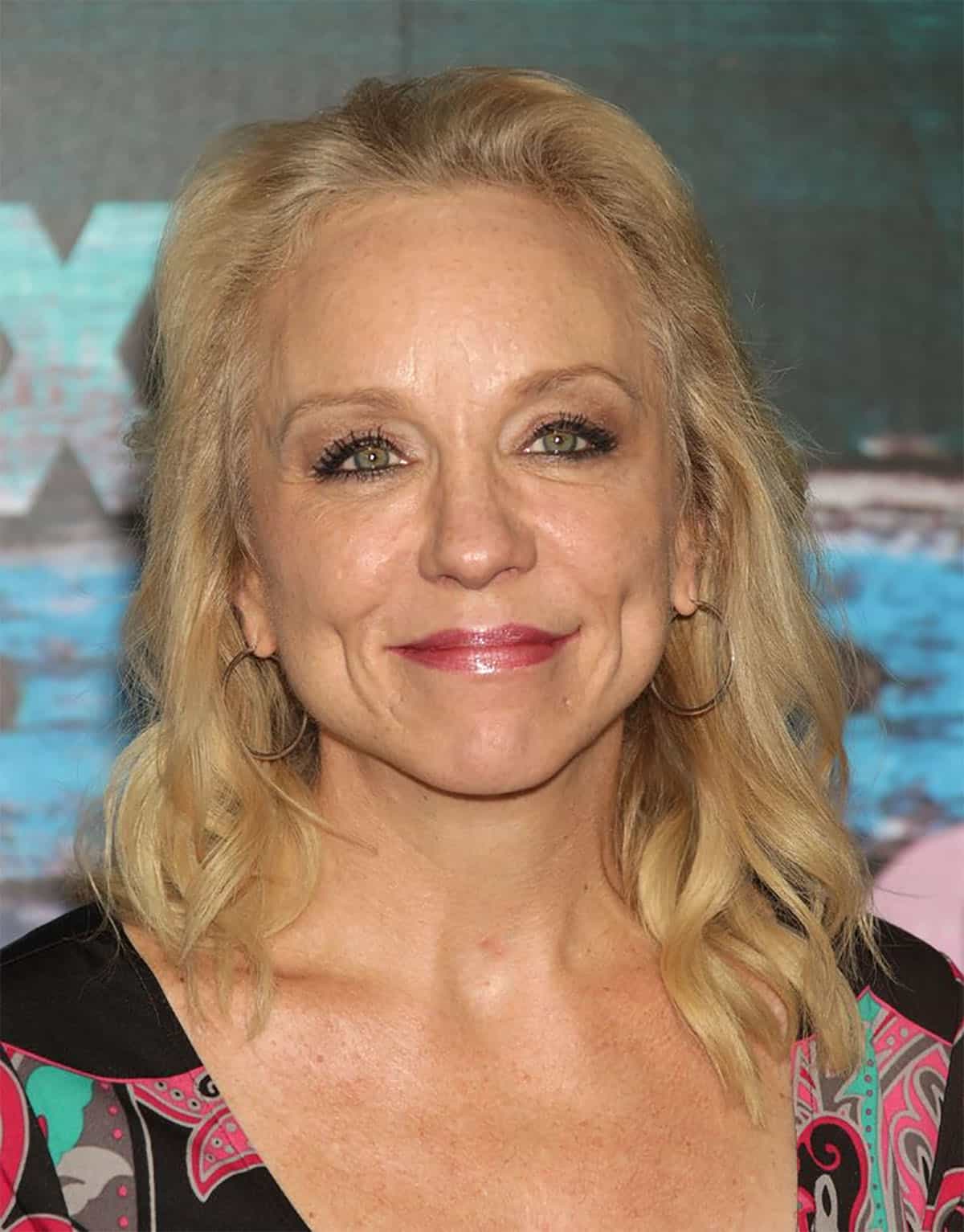 Using her Southern grace and charm, the actress Brett Butler grew in fame when she starred in the show Grace Under Fire. Throughout her career, Butler was twice nominated for a Golden Globe.

Her half-decade long tenure in this show lasted from 1993 to 1998. Butler herself was the reason that it was cancelled—her problems with substance abuse caused the end of the show.

Butler revealed that she lived homeless in a 2011 interview that shocked viewers. The root cause of her homelessness was the substance abuse that caused her to lose her position in Grace Under Fire.

Using the money she earned in the show, she bought a large piece of land in Georgia, eventually moving there from Los Angeles.

However, her issues with addiction rapidly drained the money she made from the show, and before too long she was forced to move into a homeless shelter. She did attempt a comeback in 2011, but was met with very limited success. 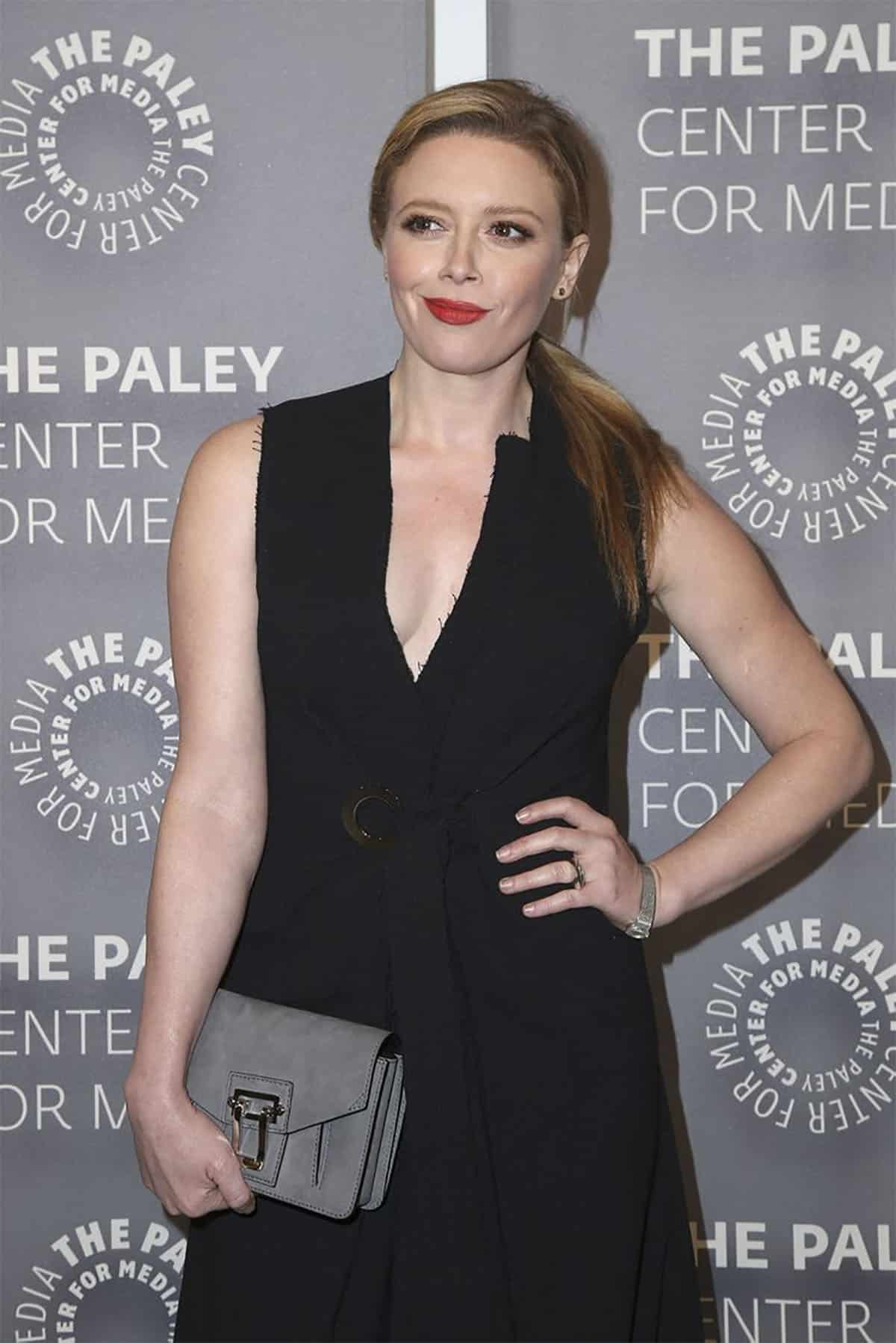 Lyonne’s spot on this list may come as a surprise to many of you. Following the film American Pie, Natasha Lyonne seemed ready to become one of the most sought-after actresses in all of Hollywood.

She followed up her performance in that film with appearances in But I’m a Cheerleader… and Slums of Beverly Hills. By all accounts, her career seemed poised to take off.

However, the downside to Lyonne’s success was the crazy lifestyle that went with it. As her fame grew, she started to party with some of the biggest names in Hollywood, and this led to a growing drug addiction, culminating in addiction to black tar heroin.

In 2001, Lyonne drove her rental car into a stop sign and attempted to flee the scene. She then pled guilty to driving under the influence.

She continued this erratic lifestyle, eventually causing other tenants in her apartment building to complain, which resulted in Lyonne’s eviction. Lyonne’s eviction left her homeless, although she has since mounted a comeback, starring in Netflix’s Orange is the New Black. 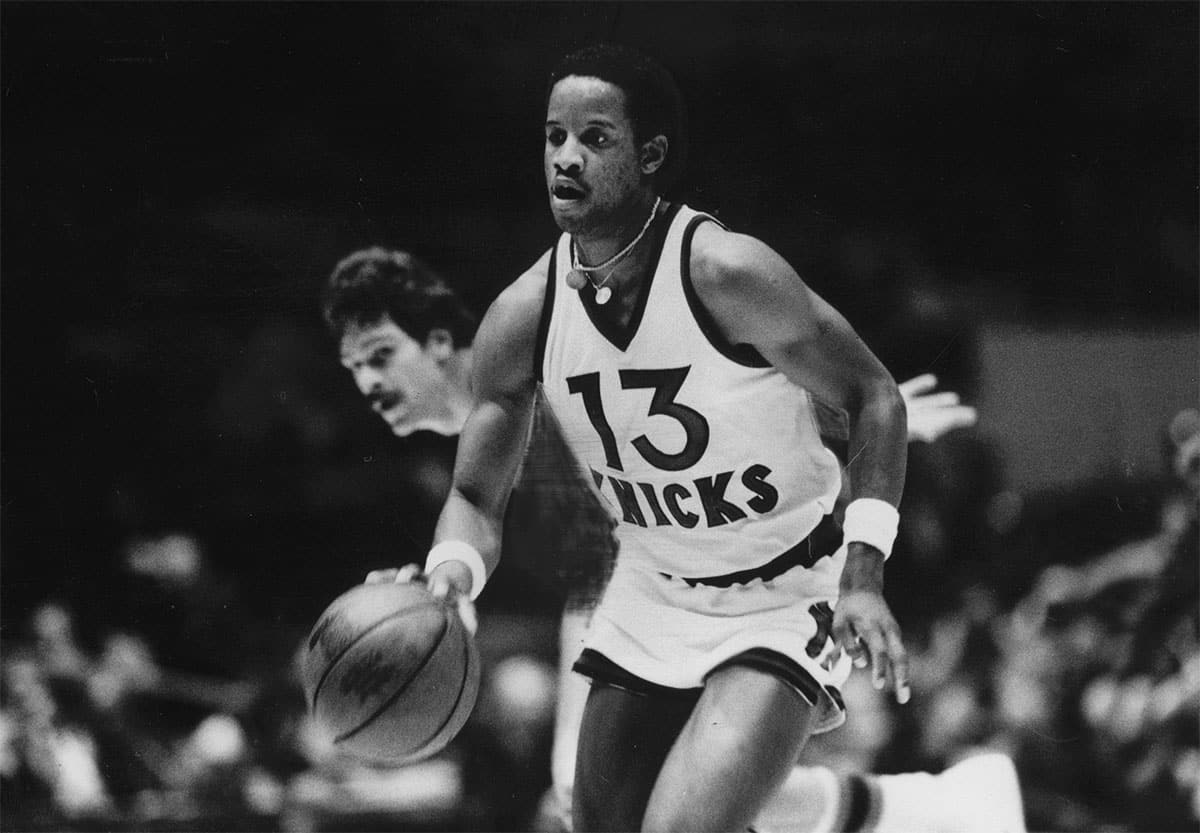 Sugar Ray Williams played for ten seasons in the N.B.A. with the New York Knicks. His illustrious career as a point guard also included seasons as the captain of the Knicks.

Eventually, he left New York to play a season with the New Jersey Nets. He even set a record for most points scored in a single game with the franchise at 52 points. With such an illustrious career, spending time homeless seems nearly impossible.

However, after he left the league, Williams had no real plan for financial stability. Once his fame started to fade, he had no plans to work a steady job or find a reliable source of income. Eventually, he moved to Florida and would fish for his dinners. Indeed, Williams ended up living out of his 1992 Buick.

However, the mayor of his hometown eventually found him, bringing him back to New York where he was still loved for his time with the Knicks. Williams died in 2013 from colon cancer.

Rocky Lockridge is known to most of us a famous boxer. Lockridge was renowned for his hitting, gaining fame as a knockout artist in the ring. However, he has since revealed that he spent ten years living out on the streets in Camden, New Jersey.

This is a remarkable decline for such a well-known figure. Since leaving the ring for good, Lockridge has suffered a stroke, which incapacitated his left leg. He has also struggled with drug abuse since his early 20s. Even more tragically, Lockridge turned violent, and he would beat his kids, who eventually escaped to Washington State.

Lockridge was able to face the consequences of his addiction and homelessness. On A&E’s show Intervention, his best friend and his twin sons addressed the former boxer about how his addiction issues impacted them.

Lockridge was so moved that he broke down to tears and checked himself into a rehab facility in Louisiana. He now has returned to New Jersey to train up and coming young boxers. 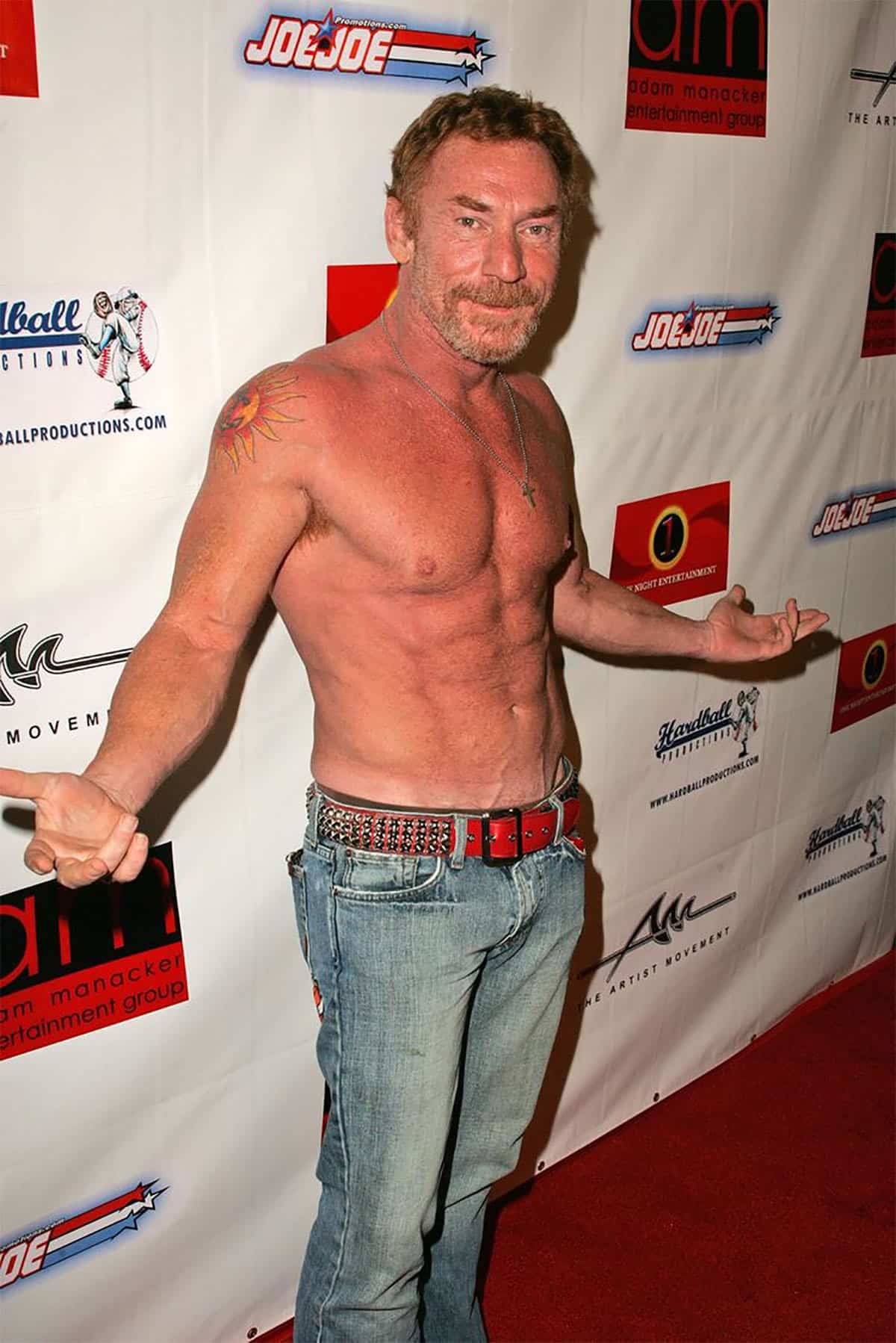 Danny Bonaduce had to deal with fame from a very early age. He was well known from his role in the Partridge Family. Unfortunately, Bonaduce was ill-equipped to deal with such fame at a young age, and the pressure got to him and started a downward spiral into drug abuse.

As his addictions worsened, Bonaduce faced homelessness. This caused the strange dichotomy of still being recognized by the general public, but being seen as a homeless man living behind a dumpster in his car. In fact, some fans even went to visit him to request autographs!

A conversation with his mother prompted Bonaduce to eventually get sober. Although he did not check into rehab immediately and still faced multiple arrests for various crimes, Bonaduce eventually did manage to get sober. He currently hosts a radio show in Seattle after previously battling his addiction for 25 years. 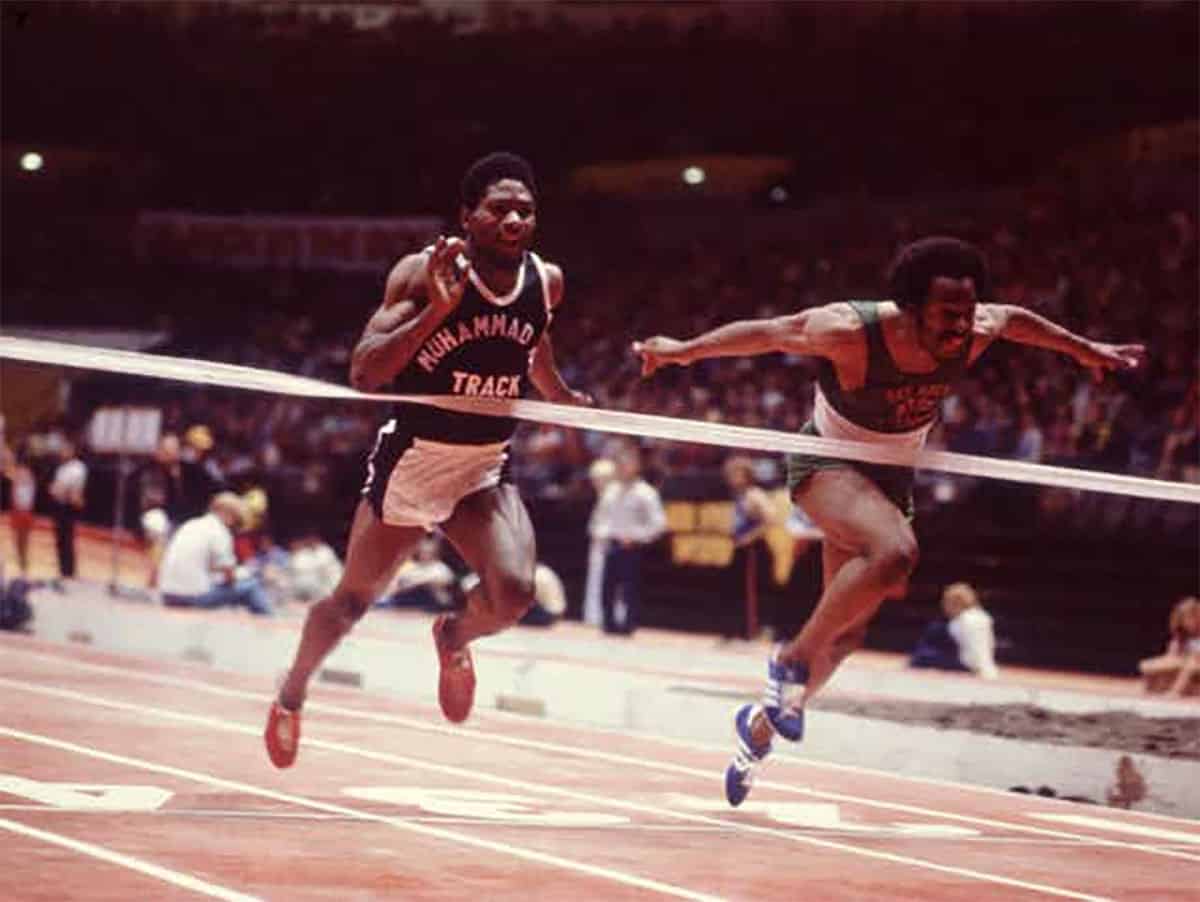 McTear’s story follows an arc of all too many famous athletes who are unable to find meaningful employment or experience a sharp fall from grace. McTear showed immense promise as a young athlete. While still in high school, he qualified to run track in the 1976 Olympics in Montreal.

However, facing an injury just before the Games were slated to begin, McTear had to withdraw. He did not immediately give up on his dreams—after joining Muhammad Ali’s track club, McTear ran the second fastest 100m dash, and tried to attend the 1980 Olympics in the USSR, only to find that they were being boycotted.

McTear made one final attempt to qualify for the Olympics, but after this his life started to spiral out of control. He traded out his dreams of running in the Olympics for a cocaine addiction—he reportedly spent anywhere between two and three hundred dollars each week on the drug. He hit rock bottom when he was jailed in 1988 for dealing drugs. After being released, he lived under a pier in Santa Monica for three years. 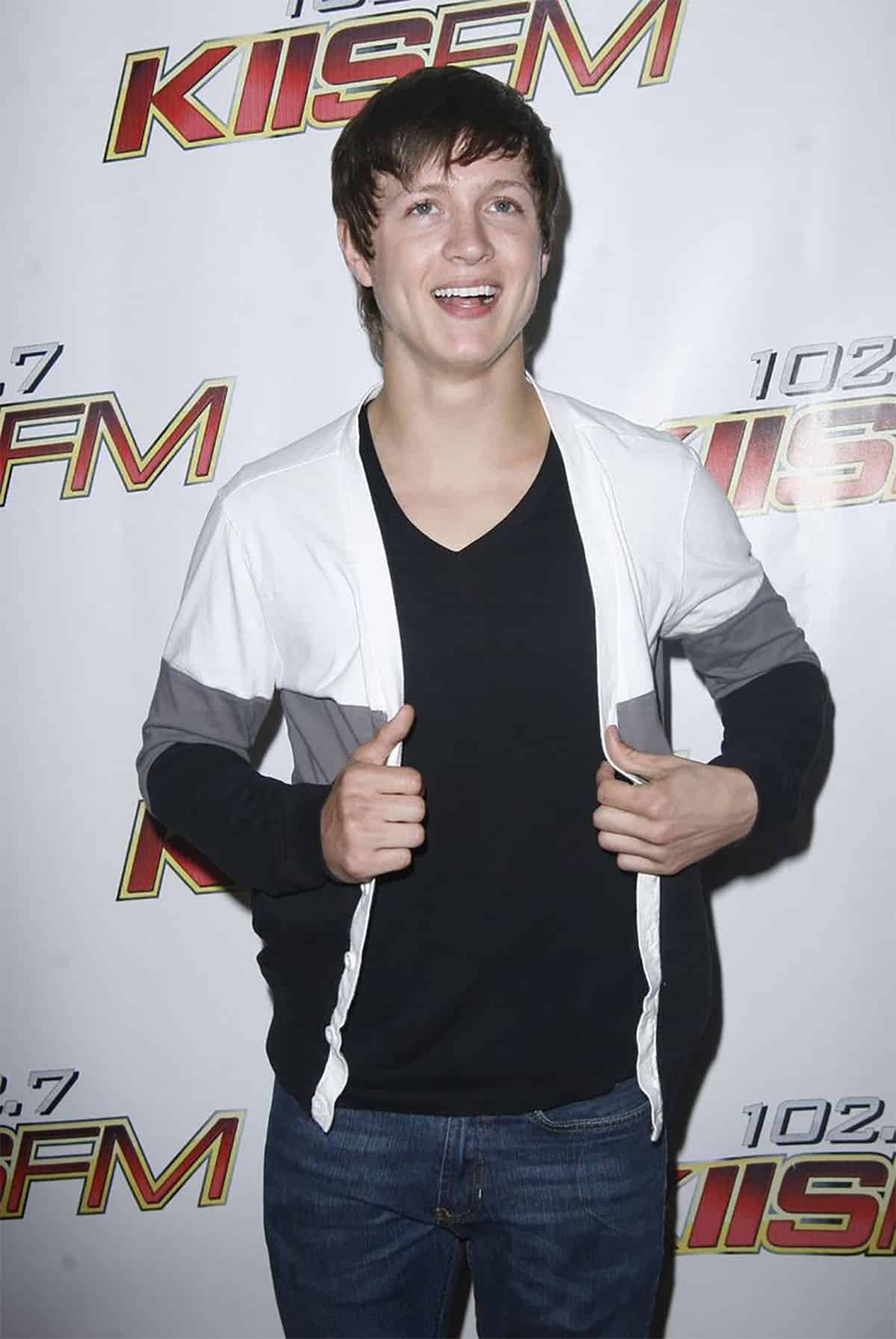 Lambert’s story differs starkly from the rest we have talked about here. Alex Lambert became famous after becoming a semi-finalist on American Idol at the age of 20. Following this success, Lambert was convinced that he was primed to make it in the cutthroat music industry.

He followed up his American Idol performance with shooting the Hulu series If I Can Dream, but after that wrapped up, he tweeted multiple times implying that he was currently homeless.

In response to his tweets, a representative for 19 Entertainment refuted Lambert’s claim, suggesting that someone other than Lambert himself made the tweets.

However, Lambert pushed back against the representative and all but confirmed that he was without a home. However, Lambert did not suffer from many of the other issues here.

He was not addicted to drugs or alcohol, nor did he experience some fall from grace. He was simply convinced that he could follow up his performance on American Idol with a big break in the music industry. Unfortunately, that break has yet to appear. 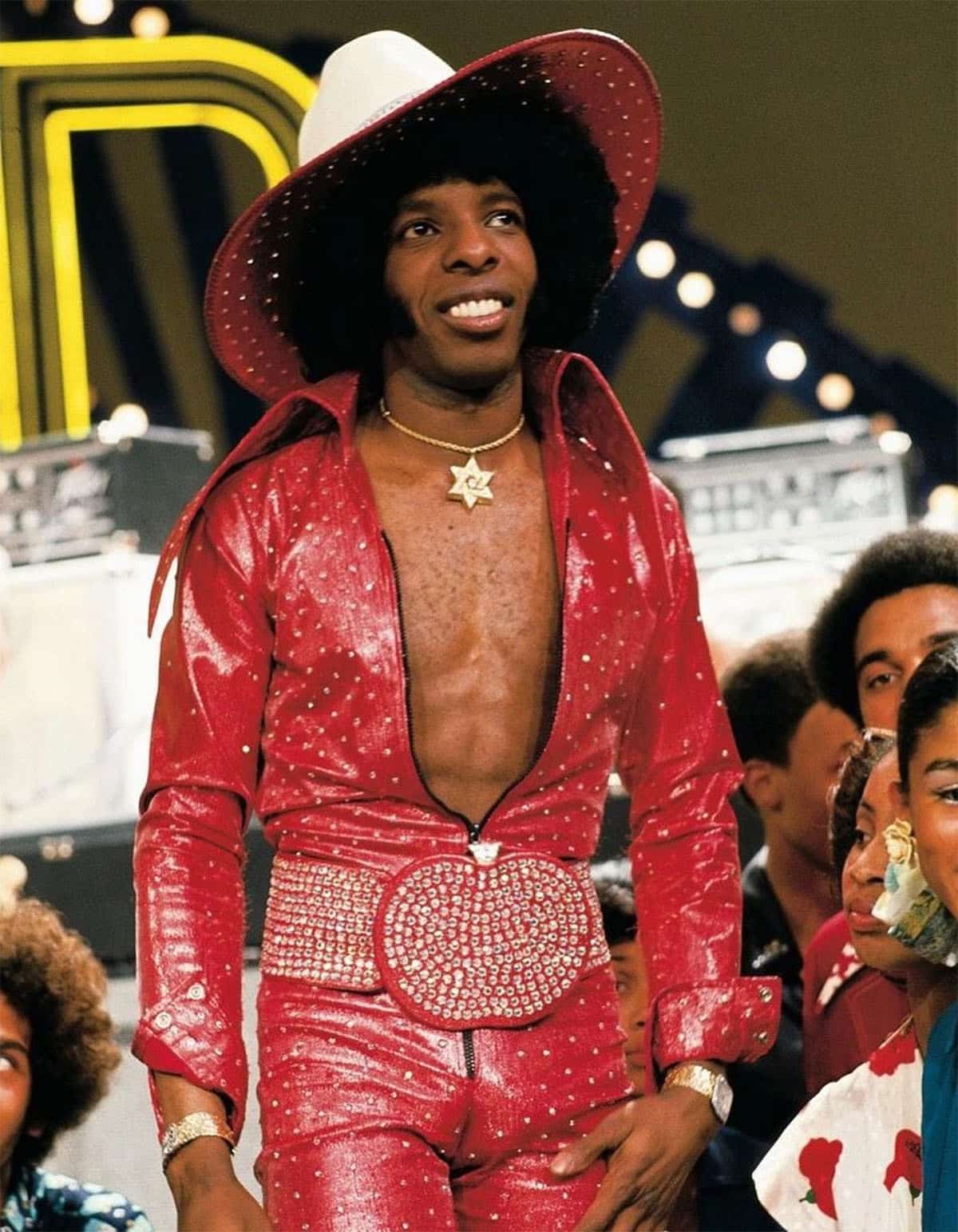 Sly Stone was one of the most famous stars of the 1970s. At the apex of his career, he lived in a home in Bel Air that had previously been the property of the Mamas and the Papas.

However, Stone experienced somewhat of a fall from grace after the success he experienced in the 1970s. In 2011, it was revealed that he was living in a camper van that he parked on the streets of Los Angeles. Stone claimed that he was perfectly happy to live out of a van and that he liked to “stay on the move”.

However, Stone did not choose to live in his camper just for fun. He did struggle with substance abuse and poor money management. The combination of these two factors meant that his fortune ran out and that he had to move into the camper.

He usually parks it in the Crenshaw neighborhood of Los Angeles, outside the house of an older couple who feed him and allow him to use their shower. Even though he lives in his camper, Stone still makes music even today, taking inspiration from modern pop music.