by Factionary 7 months ago3 months ago
24.7Kviews

There have been quite a lot of serial killers throughout the ages.

Most of those killers have their own signature methods, preferences for victims, peculiar behaviors, and often mental disorders.

Many stories we know today about serial killers are from those who have been apprehended by the authority, who then in custody they confessed to their crimes.

Although rare, some serial killers didn’t get to kill all their victims. It is encouraging that some people displayed tremendous amount of courage and escaped the confinement of vicious criminals.

Accounts and reports from survivors helps the police capture serial killers, but we must also realize that such testimonies can only happen when a crime has been done before; unfortunately when it comes to serial killers, a done-crime often means a life (or lives) taken.

Very rarely that we heard stories about what a serial killer did when a crime was taking place, from someone who survived the killing.

The main reason is of course such story-telling should come from people who actually survived brutal attacks from serial killers.

And let us admit, those killers didn’t just spare the lives of their victims because of mercy. Survivors’ stories are always terrifying. Here are some of them. 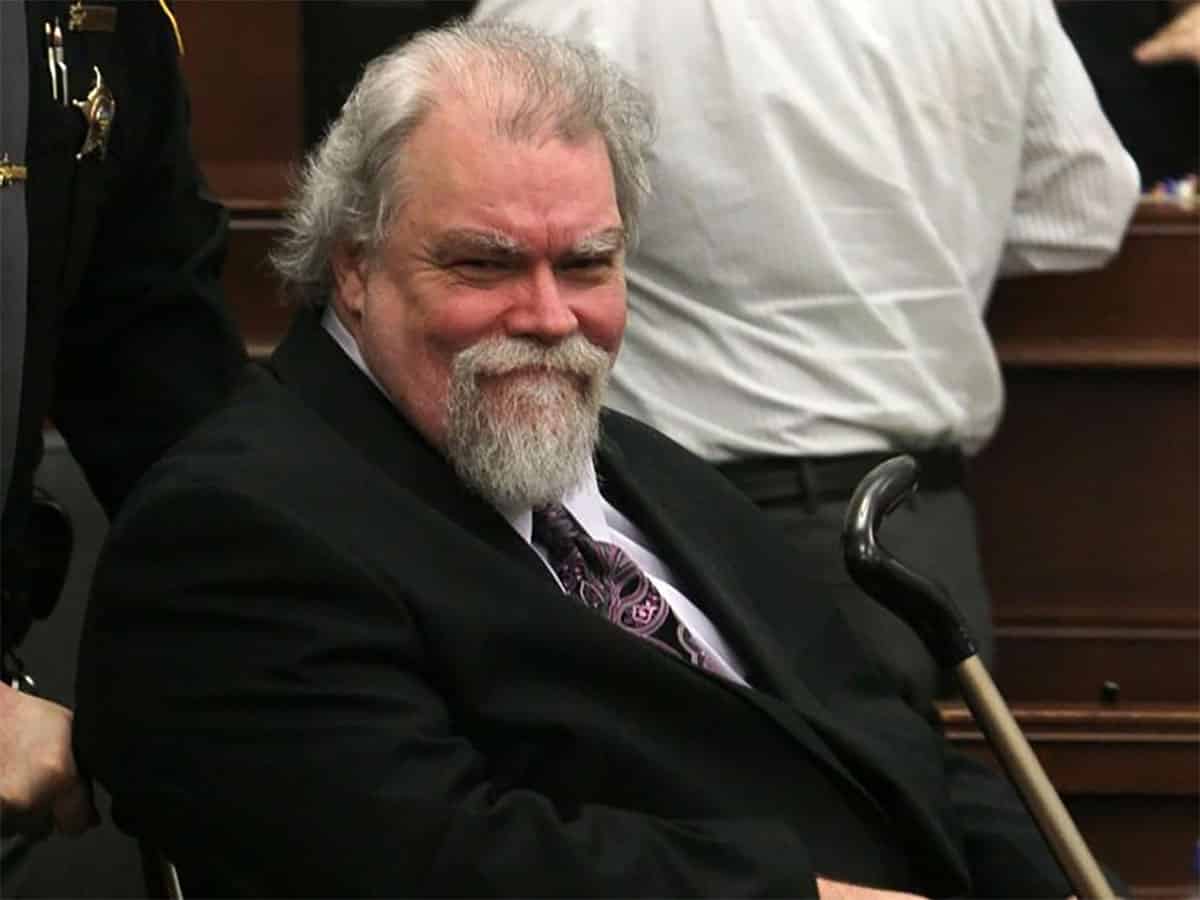 This is Richard Beasley, a convicted murderer who with the help of his teenage accomplish Brogan Rafferty, took the lives the three men. Beasley’s typical method was to lure his victims into the woods via an ad on Craigslist (that he created), saying he needed someone to care for a piece of property.

Scott Davis from South Carolina answered the Craigslist ad in early October of 2011. He was hooked by the idea of working a peaceful job away from the city crowds.

He went on to meet with Beasley and Rafferty. The three of them got in the same vehicle and supposedly took a short trip to see the property listed in the ad. Beasley asked Rafferty to pull over and said that he was going to check for some equipment.

Davis followed and suddenly heard a clicking sound on the back of his head. He turned and saw Beasley holding a gun. By some luck, the gun jammed on the first shot but the second shot hit his elbow. He fled into the woods and luckily came across a country home where he got help; but not before he had been bleeding heavily for hours. 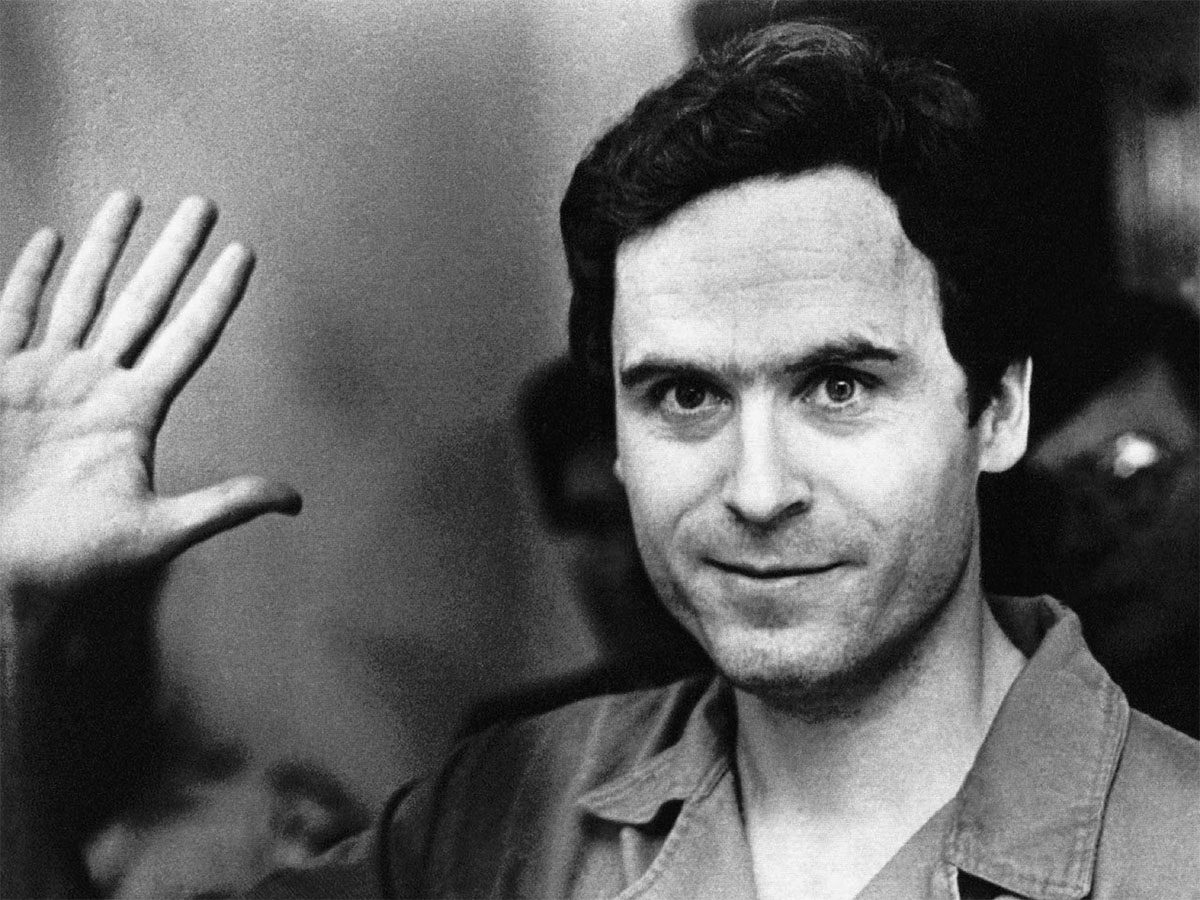 Among all serial killers to have ever lived in the United States, Ted Bundy was for sure the most heavily publicized and sometimes romanticized. He was regarded as charismatic and handsome, some traits he often used to win the trust of his victims and the society at large.

Bundy typically approached his victims in public, impersonating an authority figure or blatantly knocking victims unconscious before taking them to secluded locations to r*pe and kill them.

In the early hours of January 15, 1978, Bundy broke into a sorority house through a rear door and attacked four women. Beginning at about 2:45 a.m., Bundy managed to murder two of them and severely injured the other two within just 15 minutes.

There were about 30 other people in the house, who heard nothing when the brutality took place. He got away with those crimes, for a time, but eventually he was captured on February 12. Kathy Kleiner and Karen Chandler were the two survivors of that one particular Bundy’s rampage, but not without severe facial injuries. 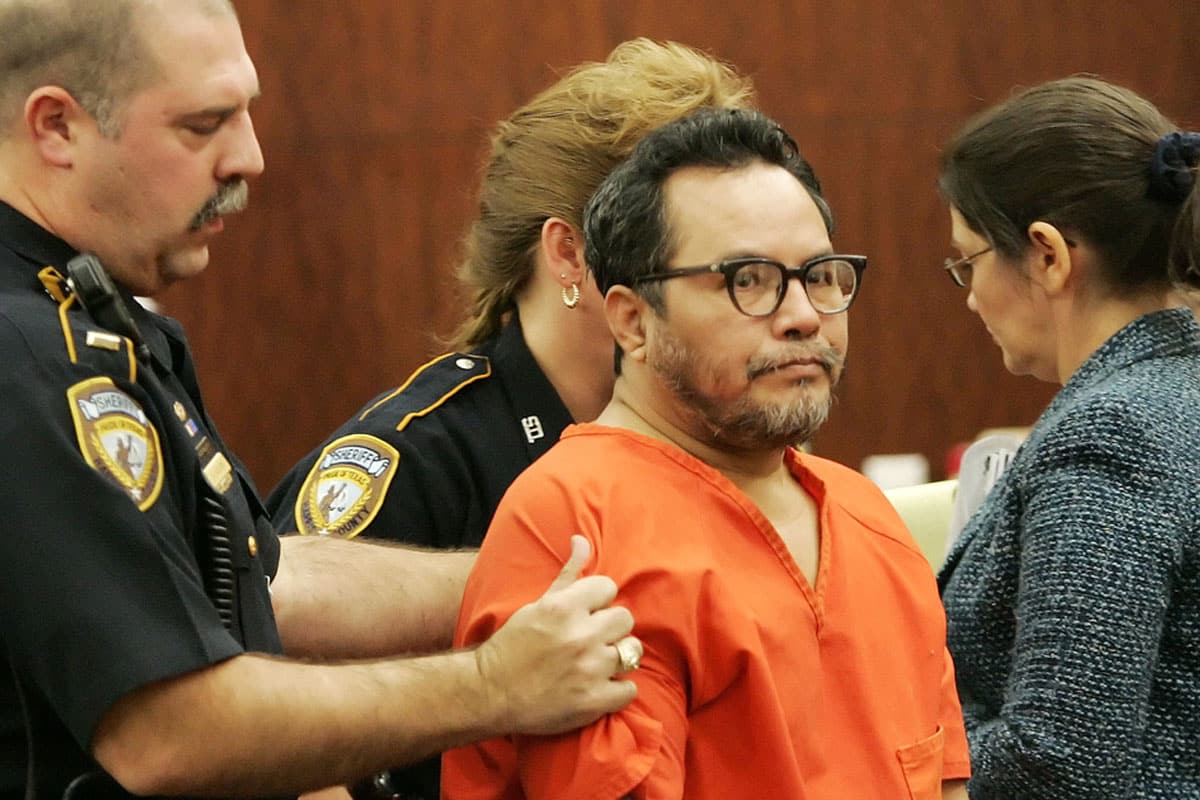 8 Holly Dunn, A Survivor Of The Railway Killer

Along with her boyfriend Chris Maier, Holly Dunn decided to stray away from a university party because it was a bit boring. Together they took a stroll on the nearby railroad tracks. After talking for a while, they walked back to the party and bumped into Angel Resendiz, otherwise known as the Railway Killer.

With an ice pick in his hand, the killer demanded money from the young couple. They didn’t have any money on them at that point, and this seemed put a rage in the killer’s head. He tied their hands and tossed them into a ditch beside the tracks.

In the ditch, the Railway Killer grabbed a rock and dropped it on Maier’s head. Not satisfied, he turned to Dunn and stabbed her neck. Dunn was still half conscious at this point only to feel that the Resendiz hit him five or six time with a wooden board. She lied there alive when the killer left the couple. Around midnight, she managed to get up and walked for about 200 yards until a university senior found and helped her. 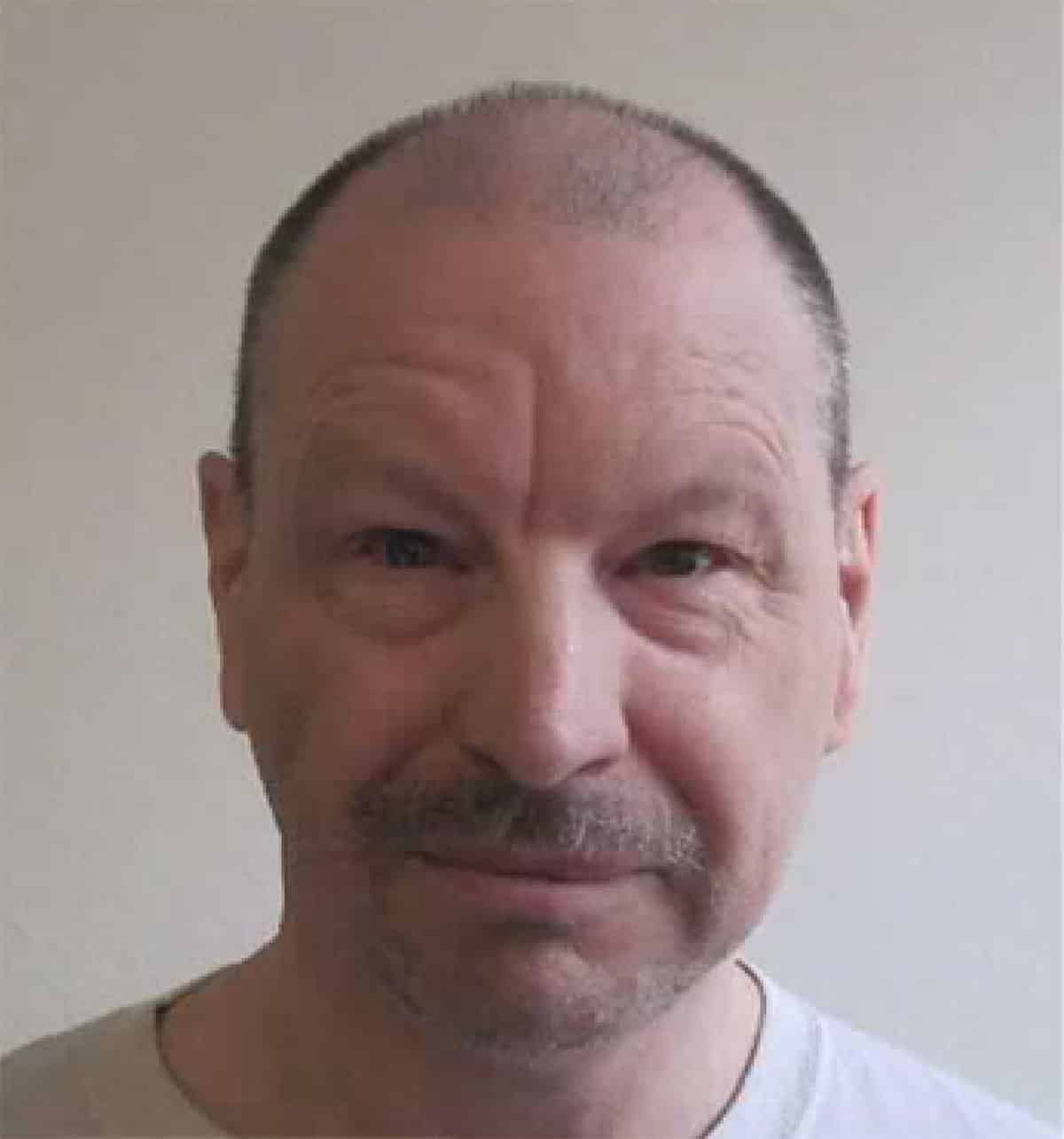 In a drizzly Seattle evening in November 1982, Rebecca Garde for some reasons decided to walk home rather than waiting for her usual bus to arrive. While she was on the way, a man who appeared dull and boring but generous stopped by and offered her a ride. This man was Gary Ridgway, the Green River Killer.

Garde was happy to accept. In fact, she offered the man a s*x act in exchange for $20. The man also happily accepted the offer. In her mind, she would use the money to buy some weed once she got home. Ridgway drove his car to the woods, because they wanted to do their business in a more secluded location. The two then wandered into the forest, and this was where the incident happened.

Ridgway grabbed Garde from behind, trying to strangle her, but she was powerful enough to push the man against a tree. She escaped to a nearby trailer; Ridgway fled. Garde remained in silence about the incident for about two years as she was concerned about her profession as a pr*stitute and drug use. 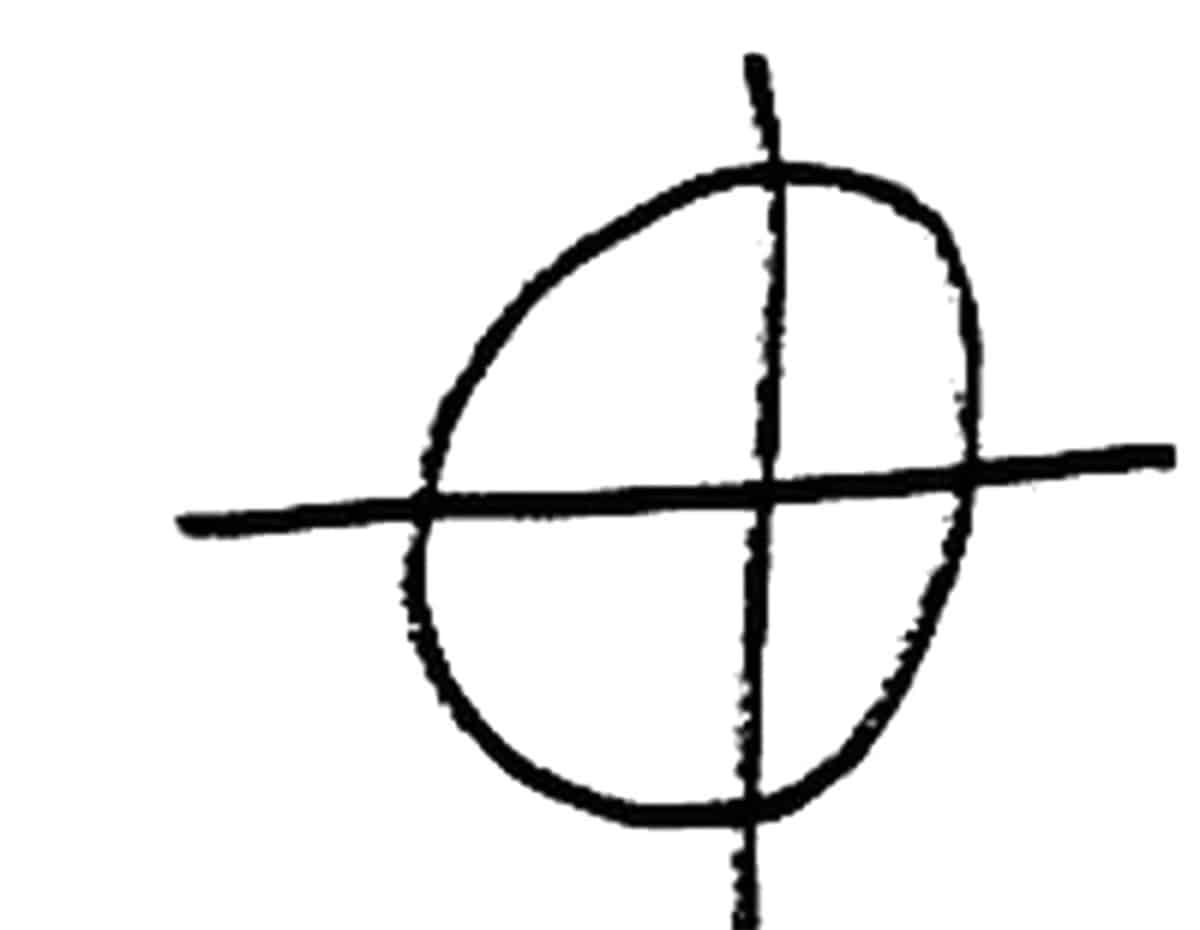 Until now, nobody knows the true identity of the Zodiac Killer because he is still at large. He is probably the most arrogant serial killer of all time as he often teased the authority by sending anonymous letters about the crimes he had committed.

Some letters contained symbols cryptogram that he said would provide clue of his real name, although the statement was later proven to be a lie.

A typical method of the Zodiac Killer’s was to target a couple and then just brutally killed them. However, he did not seem to have the strongest preference for his victims as at least in one of his crimes the victim was a taxi driver, supposedly because he drove one block past the destination suggested by the passenger. The driver had no idea that his passenger was the Zodiac Killer.

A well-known survivor of the Zodiac Killer is Bryan Hartnell, who was stabbed six times in Lake Berryessa, Napa County, California.

Along with Cecelia Shepard, they were picnicking on a small island in the lake. Hartnell survived the attack, but Shepard who suffered from ten stab wounds lapsed into a coma and died two days after both had been taken to Queen of the Valley Hospital. 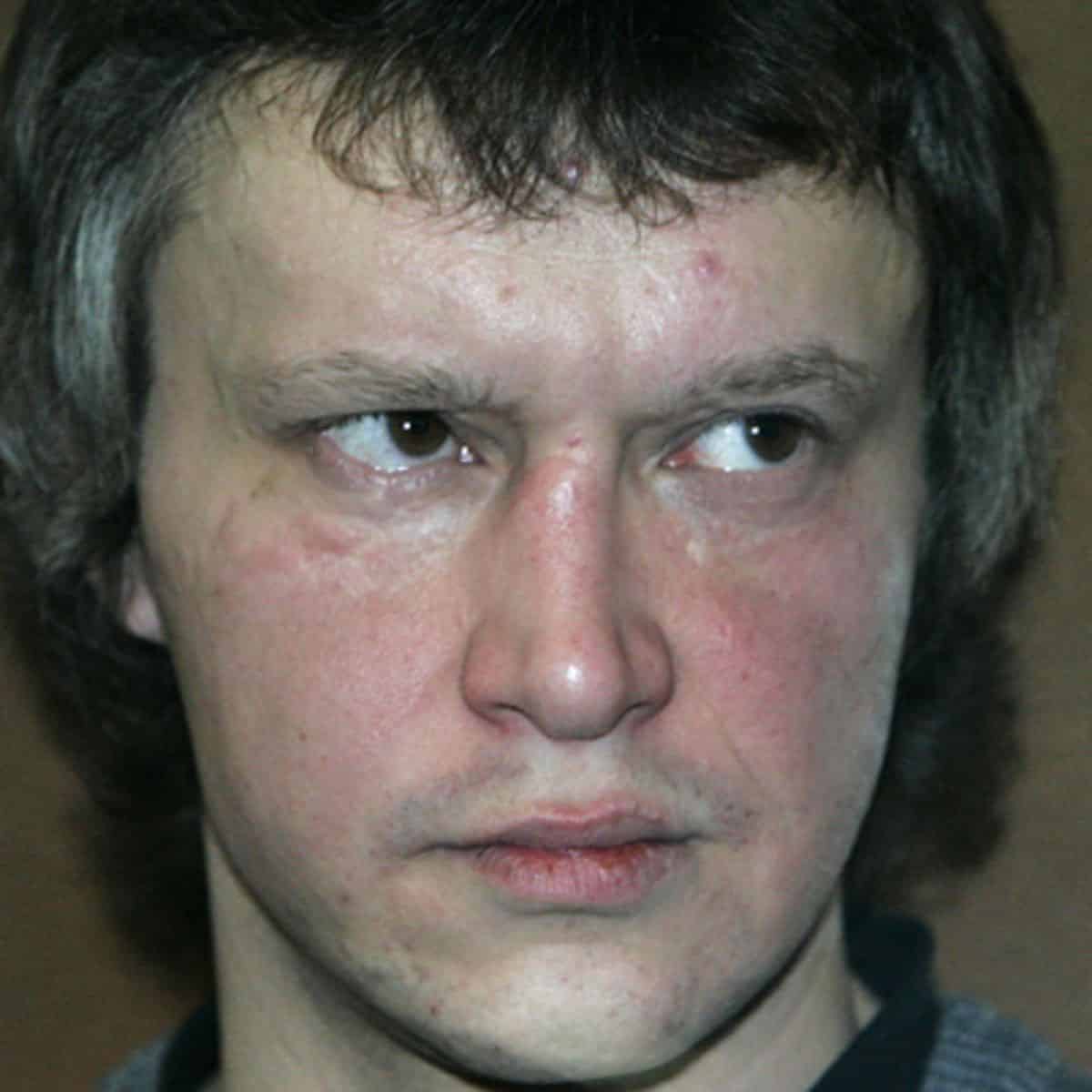 Alexander Pichushkin once kidnapped Maria Viricheva, yet she managed to escape and told her unfortunate encounter to the police. For reasons beyond any understanding, the police actually had her sign a statement suggesting she was involved in some sort of accident. In other words, she was made to say that there had been no crime whatsoever in her report.

In 2002, a 19-year old Maria Viricheva encountered one of Russia’s most infamous killer, Alexander Pichushkin in a Moscow metro station. He approached her in the station and offered her some work. They then went together to check the work site.

There was a well in the location. Pichushkin asked Viricheva to look into the well and pushed her in. She managed to hold on the edge of the wall, but he smashed her head on the wall several times.

She fell thirty feet and was pulled by a swift current that took her to the entrance of another well. She screamed for help until someone rescued her. Pichushkin was eventually captured in 2007, and the police found a chessboard marked with his kills, hence Chessboard Killer. 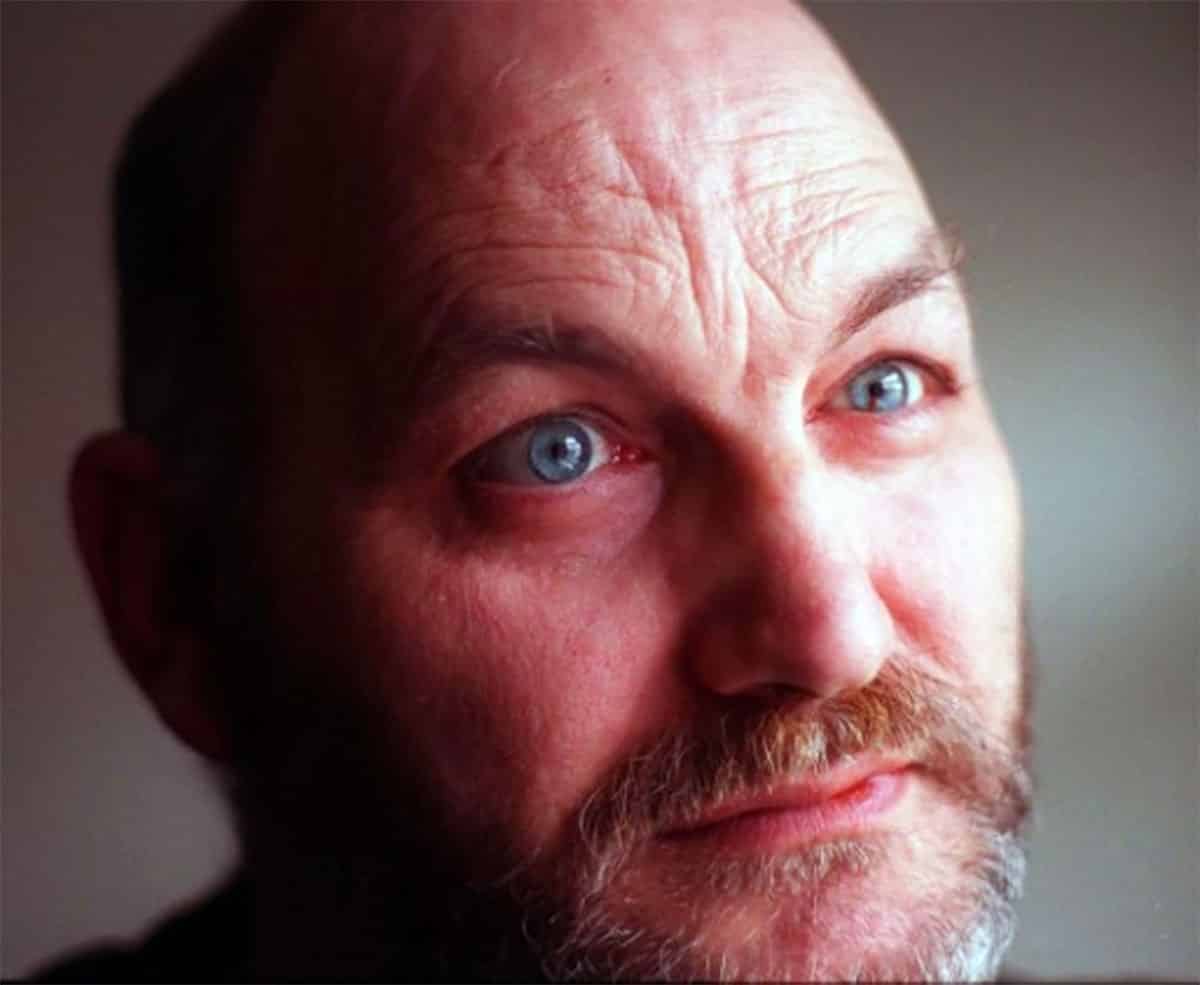 When she was just 15 years old, Teresa Thornhill made an unfortunate encounter with Robert Black, a serial killer who was convicted of the kidnap, r*pe, s*xual assault, and murder of four young girls in a killing spree he committed between 1981 and 1986 in the United Kingdom.

Thornhill was just walking home from a social gathering in a local park with her boyfriend Andrew Beeston. The two walked together until they parted ways few moments later. A van ran very slowly and pulled over ahead of her. A man, Robert Black, came out and asked her whether she could fix engines.

Thornhill said she could not and started to walk at a much brisker pace. The man suddenly grabbed her, covered her mouth, and tried to drag her into his van.

Luckily, Thornhill managed to bite his arm and scream, which caught his boyfriend’s attention, who apparently had not walked too far away from the scene. Black then loosen his grip on Thornhill, ran toward the driver seat of his van, and drove away. 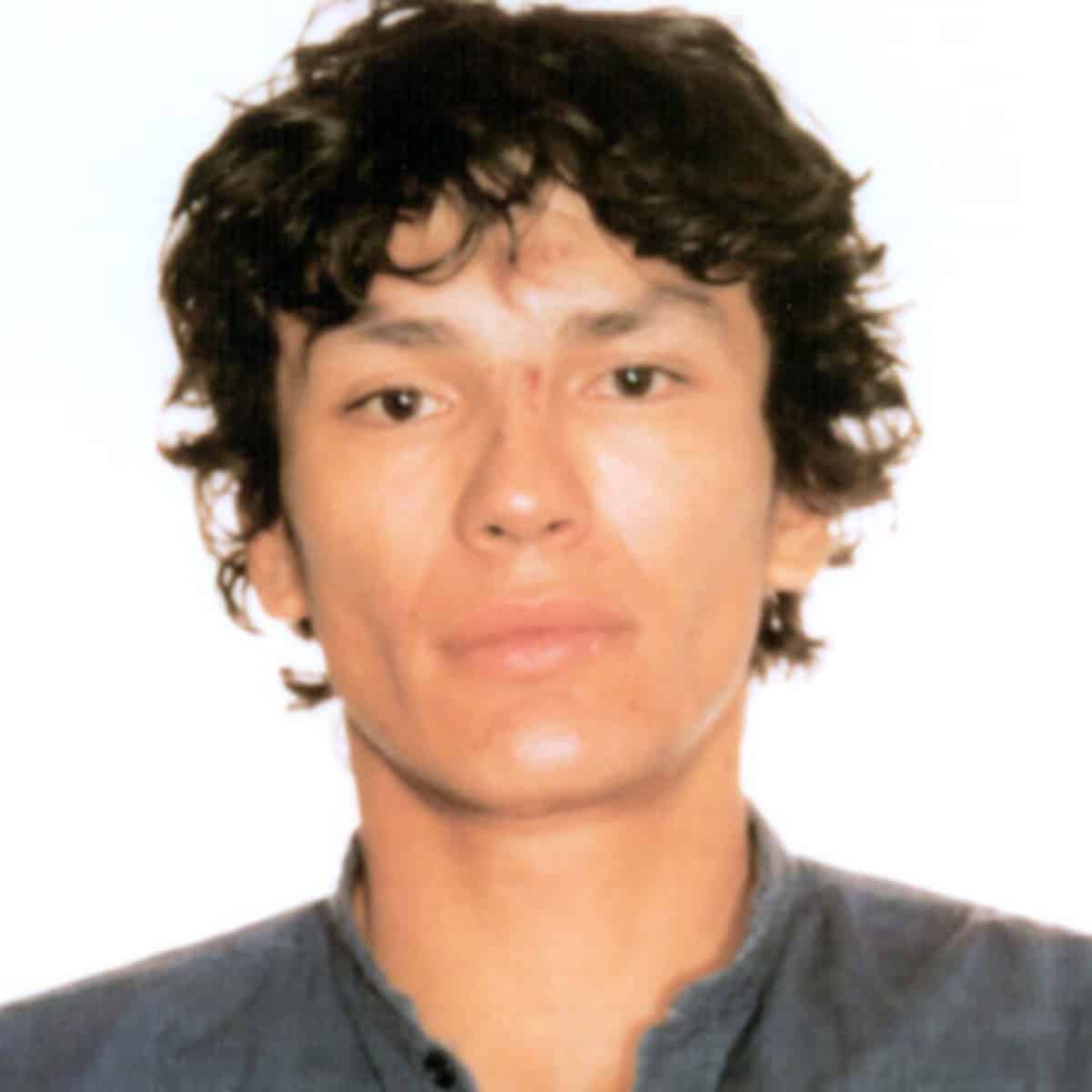 The killer most infamously known as the Night Stalker was eventually convicted of 13 counts of murder, 5 attempted murders, 11 s*xual assaults, and 14 burglaries on September 20, 1989, after he had been terrorizing the residents of the greater area of Los Angeles and later residents of San Francisco for several years. He was identified as Ricardo Leyva Muñoz Ramírez, or simply as Richard Ramirez.

One of the victims of his attempted murder case was Whitney Bennett. When the crime took place on July 5, 1985, Bennett was just 16 years old. Ramirez broke into her home and savagely beat her with tire iron over and over again. He then grabbed a telephone cord to strangle her.

A spark from the telephone cord startled him, and when Bennett began to breathe again, he fled the house believing Jesus intervened and saved her life. He left quite a bit of evidence for the police to use to capture him, but it would took the authority a few more years before he was eventually apprehended, during which Ramirez had taken the lives of many people. 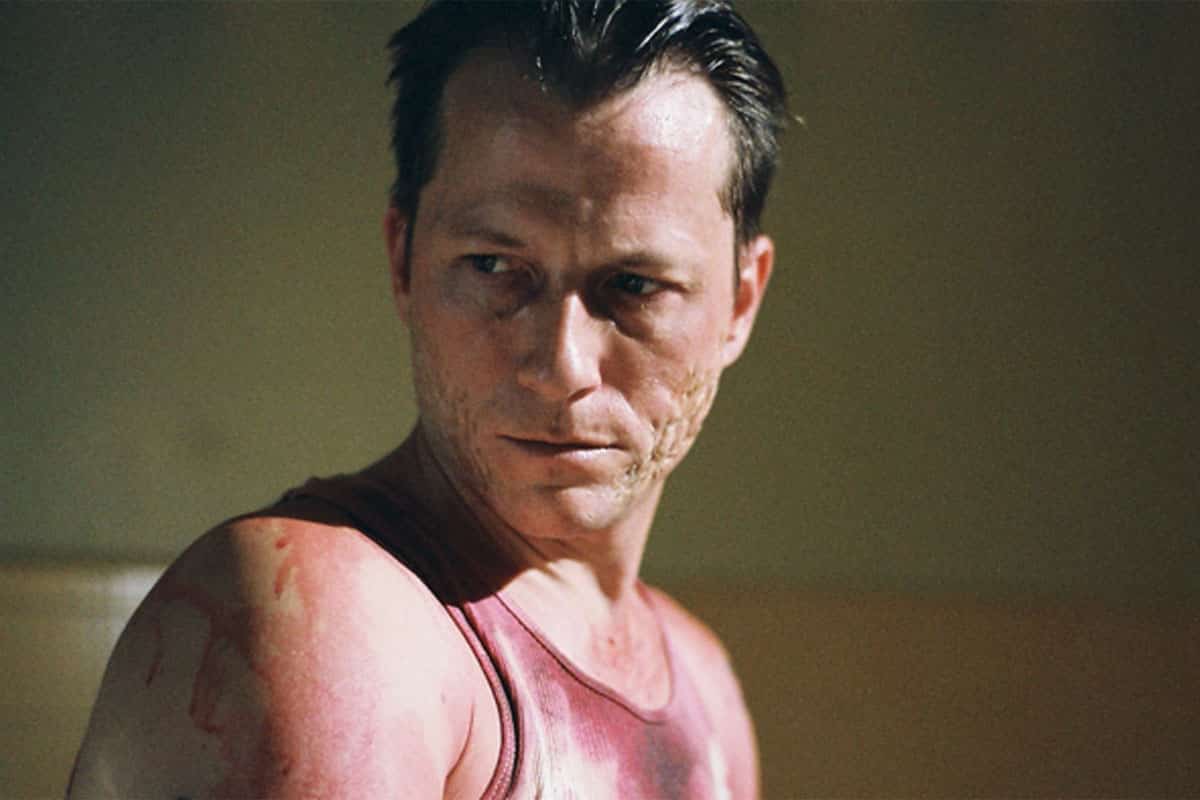 Speck was arrested on July 17 at the Cook County Hospital because he had attempted to commit suicide earlier at the Starr Hotel; it was the hotel desk clerk who called in the emergency. A resident physician recognized Speck from a newspaper story and then called the police.

In custody Speck claimed that that he was drunk and high on drugs when he committed the heinous crime in the dormitory. One woman, Corazon Amurao, survived the attack because he hid under the bed throughout the entire time Speck assaulted and killed her friends one by one. Armuro stayed hidden for many hours until about 6 a.m. 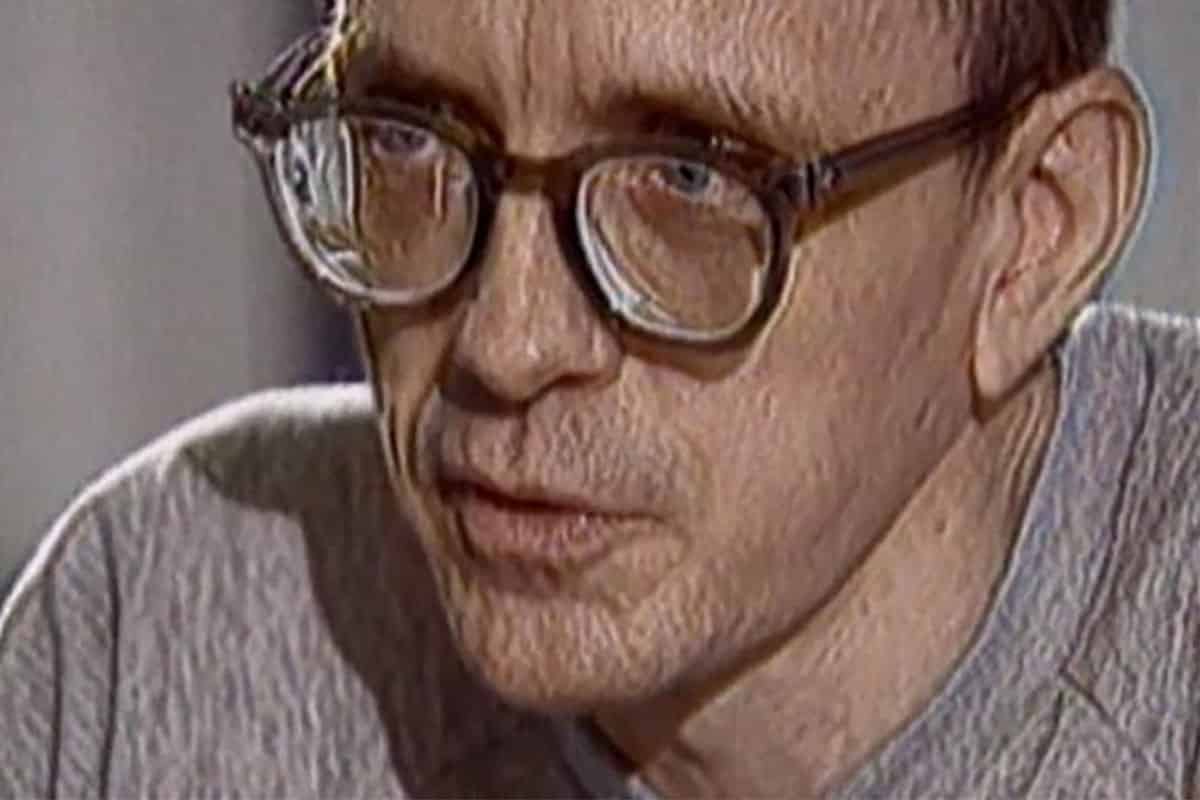 The founder of the Hustler magazine, Larry Flynt, also is a survivor of a serial killer attack. The perpetrator was Joseph Paul Franklin, the man who eventually was convicted of several murder chargers and later executed by lethal injection.

Franklin was not particularly pleased with an edition of Hustler that displayed interracial s*x. He claimed that he had shot Flynt in retaliation of such publication. This was in 1978, when many (if not most) people were a little bit more repressed and somewhat scared of the idea of interracial intercourse, in spite of the civil rights movement that had started many years earlier.

Flynt and his lawyer were both shot on a sidewalk by a gunman standing across the street. No one was actually charged in that shooting. Joseph Franklin confessed to the shooting many years later. The shooting left Flynt partially paralyzed with permanent spinal cord damage. Later on Flynt stated that he did not want Joseph Franklin to be executed.