by Factionary 2 months ago1 month ago
15.8Kviews

Leonarda Cianciulli was the kind of mother who would stop at nothing to protect her children. She would even go as far as murder. Having lost thirteen of her children to miscarriages or early childhood death, she was desperate to keep the remaining four alive at any cost.

At the start of the Second World War in 1939, her eldest son decided to enlist in the Italian army. Giuseppe was her favorite and she could not bear the thought of losing him.

Leonarda was a superstitious woman, and she felt the portent of evil about her son’s desire to become a soldier. It was this event that ultimately led her to gain the infamous title of one of the worst female serial killers of the century. 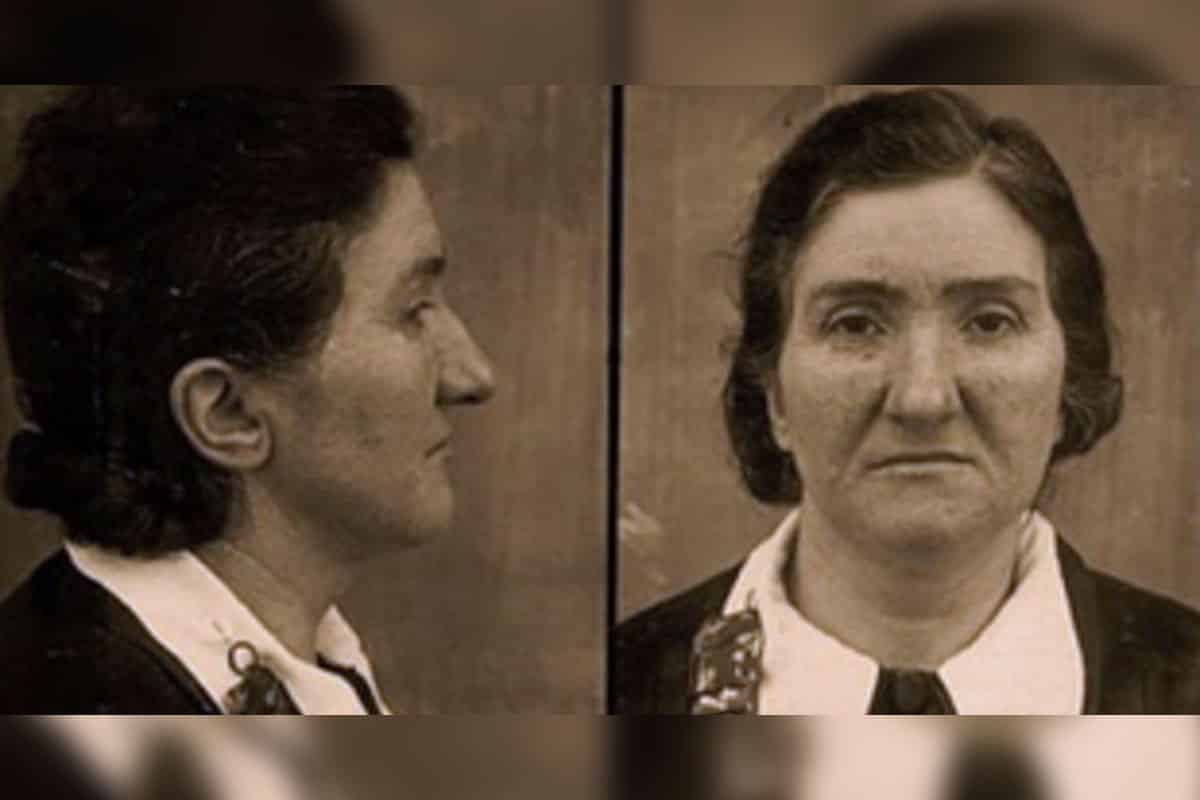 Leonarda was born in Montella in 1984. It is a picturesque part of southern Italy, famous for its chestnuts. Despite beautiful surroundings, she had an unfortunate life from the start.

She believed that her mother cursed her when she married Raffaele Pansardi because she objected to the union. After ten years of marriage, Leonarda went to jail for fraud.

At the end of her sentence, the family moved to Lacedonia, close to her childhood village. When the most devastating earthquake in living memory unleashed its force on the area, the Cianciulli family was among the thousands who lost their homes.

Fearing the curse of her mother, Leonarda decided to consult a fortune-teller to ascertain whether her future held anything good. The Romani woman did not have good news for her.

“In your right hand I see the prison,” the fortune-teller informed her. “In your left, a criminal asylum.”

Did Depression Cause Her Insanity?

Modern medicine recognizes that miscarriages can have a devastating effect on a woman’s mental state. Now, imagine losing ten babies?

The grief must have been overwhelming for Leonarda. The depression would have been compounded by the other babies she lost.

It is feasible that Leonarda Cianciulli suffered from clinical depression. Using modern medicine, she would have been offered therapy and taken her pick of anti-depressants.

However, she lived a time long before such relief could be found, so she was left to lose her mind completely, with horrific repercussions.

Her Growing Superstition And Paranoia Manifested In The 1930s

Her son, Giuseppe’s decision to join the army seemed to propel her fear of her mother’s curse and the fortune teller’s prophecy towards a climax of evil.

It was not a large step for her tortured mind to take when she considered an ancient practice, human sacrifice, which she believed would ensure her son’s safety.

Human sacrifice was forbidden by the Roman Catholic Church, so nobody knows what gave Leonarda Cianciulli the idea of resorting to this abhorrent practice. It was also not a recognized custom amongst Roman tribal people.

Nevertheless, she decided to go to the extreme lengths of murdering three women in her manic quest to protect her son. 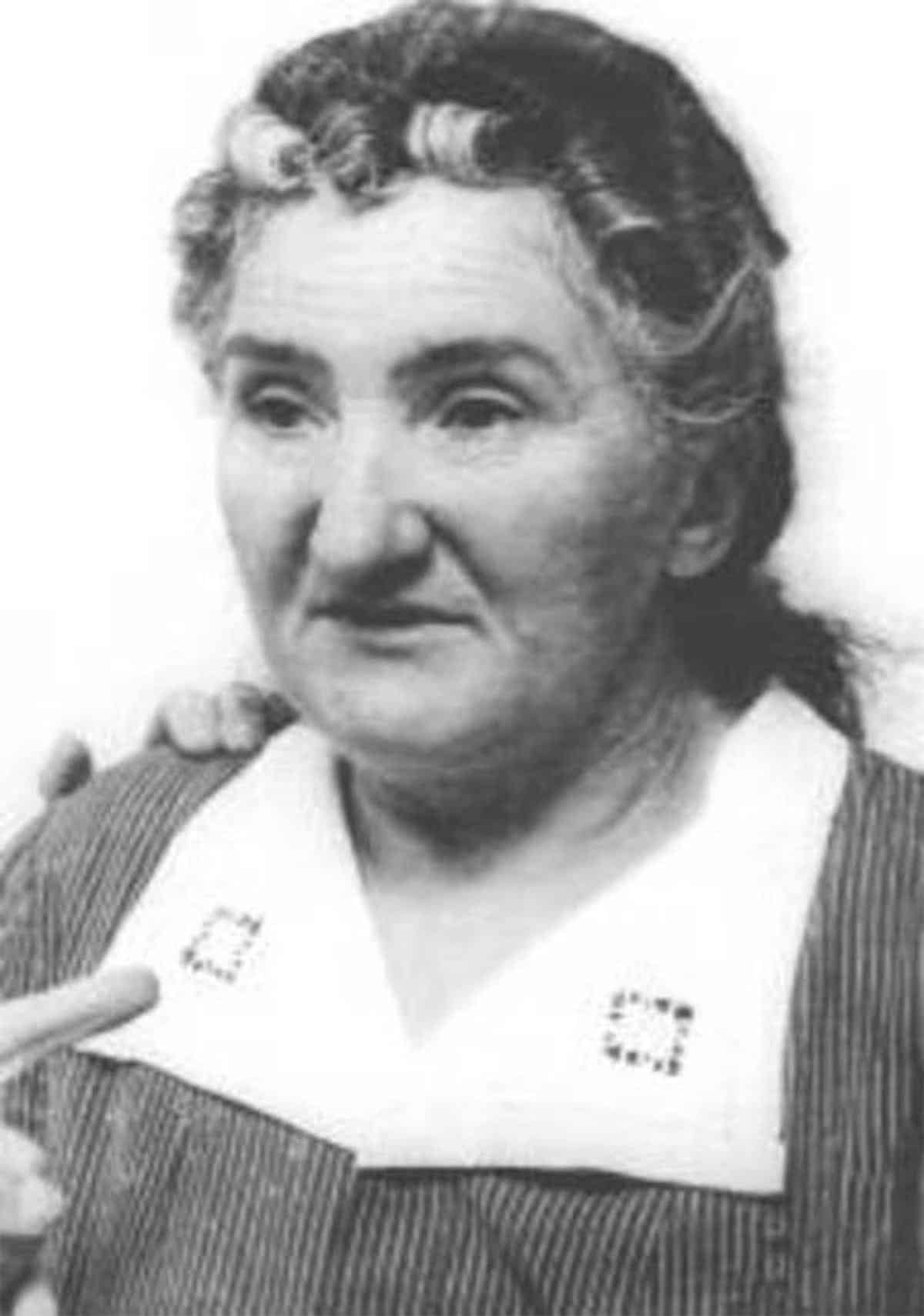 Her first victim was Faustina Setti, a spinster who was well-known in the village. Leonarda presented herself as a matchmaker and offered to find Faustina a husband.

She persuaded the spinster to write letters to her family to tell them that she was going to meet a man who lived out of the country. She then invited Faustina to her home, where she drugged her and chopped her up with an ax.

Setti’s body was divided into nine pieces, and her blood had been drained and set aside in a basin.

It was a very particular “recipe.” She described the process to the police.

“I threw the pieces into a pot, added seven kilos of caustic soda, which I had bought to make soap, and stirred the mixture until the pieces dissolved in a thick, dark mush that I poured into several buckets and emptied in a nearby septic tank.

As for the blood in the basin, I waited until it had coagulated, dried it in the oven, ground it and mixed it with flour, sugar, chocolate, milk, and eggs, as well as a bit of margarine, kneading all the ingredients together.

I made lots of crunchy tea cakes and served them to the ladies who came to visit, though Giuseppe and I also ate them.”

Her next victim was Francesca Soavi, whom she murdered in 1940. This time, she told the woman that she had arranged a teaching job for her in another country.

Once again, the victim was told to write letters to her family describing the wonderful adventure that she was about to embark on. Leonarda then followed the same recipe for murder.

Her last victim was Virginia Cacioppo. She was a soprano who had performed at La Scala Opera House in Milan.

Leonarda told her that she had organized an opportunity for her to audition with an agent in Florence. 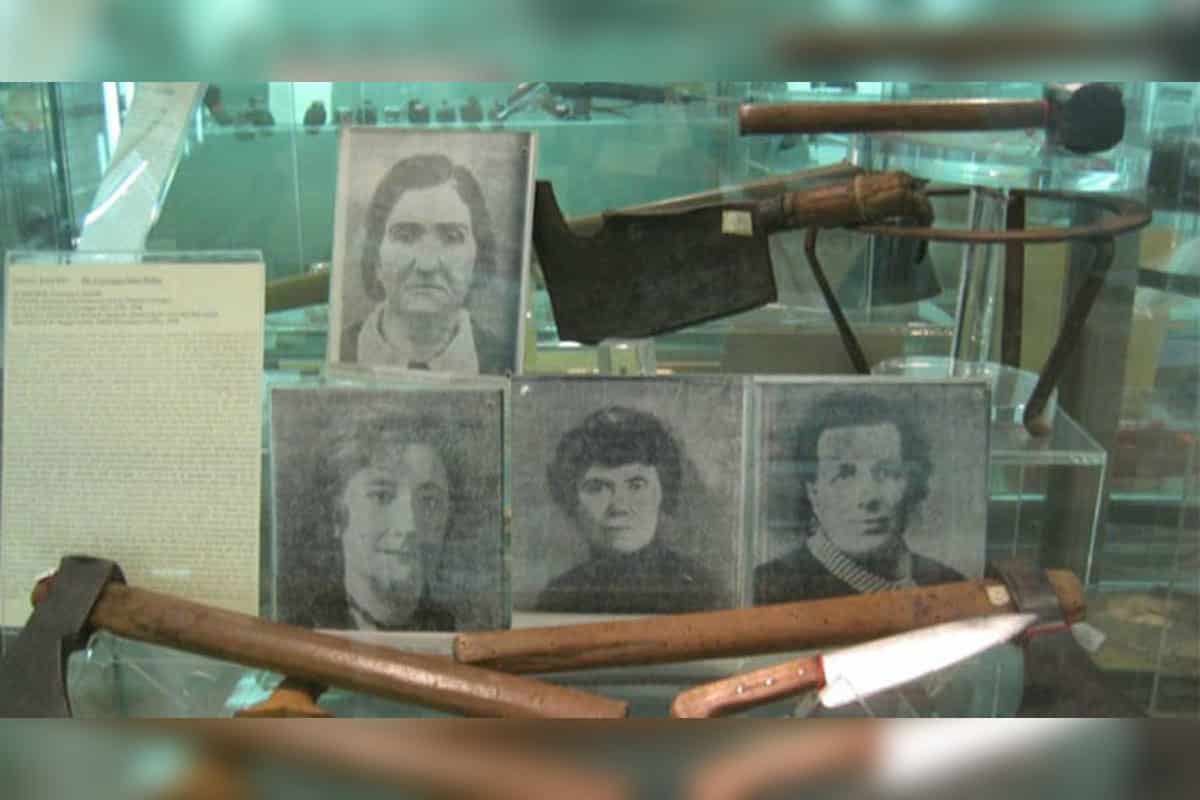 When Virginia visited Cianciulli at her house in September 1940, she met the same fate as the previous two victims. But, there was one small deviation.

Instead of only baking cakes with Virginia’s remains, she decided to use her melted flesh to make soap.

“She ended up in the pot like the other two…her flesh was fat and white, when it had melted I added a bottle of cologne, and after a long time on the boil, I was able to make some most acceptable creamy soap. I gave bars to neighbors and acquaintances. The cakes, too, were better: that woman was really sweet.”

Like many murderers, Leonarda went too far, and she made a simple mistake.

She had not reckoned on Virginia’s very determined sister who had noticed Virginia going into the Cianciulli home the night before she “departed” for Florence. She reported her sister’s disappearance to the Reggio Emilia police.

However, when the police turned their attention to her son, Giuseppe, she confessed to the grisly murders. She was found guilty and given a 33-year prison sentence. This matched the fortune-tellers prophesy perfectly.

Leonarda served her sentence and died in the asylum at 79 of an intracranial hemorrhage. Her murder weapon and other equipment used by her were donated to the Criminology Museum in Rome, where they form part of a macabre display.

The famous Broadway play, Love & Magic in Mama’s Kitchen is based on the life-story of Leonarda Cianciulli.