by Factionary 1 month ago3 weeks ago
1Kview

Using a weapon is no joke. It takes skill, strategy, and timing to be the best and use the weapon in times of need. This is why war veterans are given proper training so they can efficiently make use of these guns.

Of course, times have changed now and such wars don’t take place any more. Today, we look into the life of a man who was known as the “White Death.”

He was also the most dangerous and strategic sniper the world has ever seen. Let’s look at the story of Simo Häyhä. 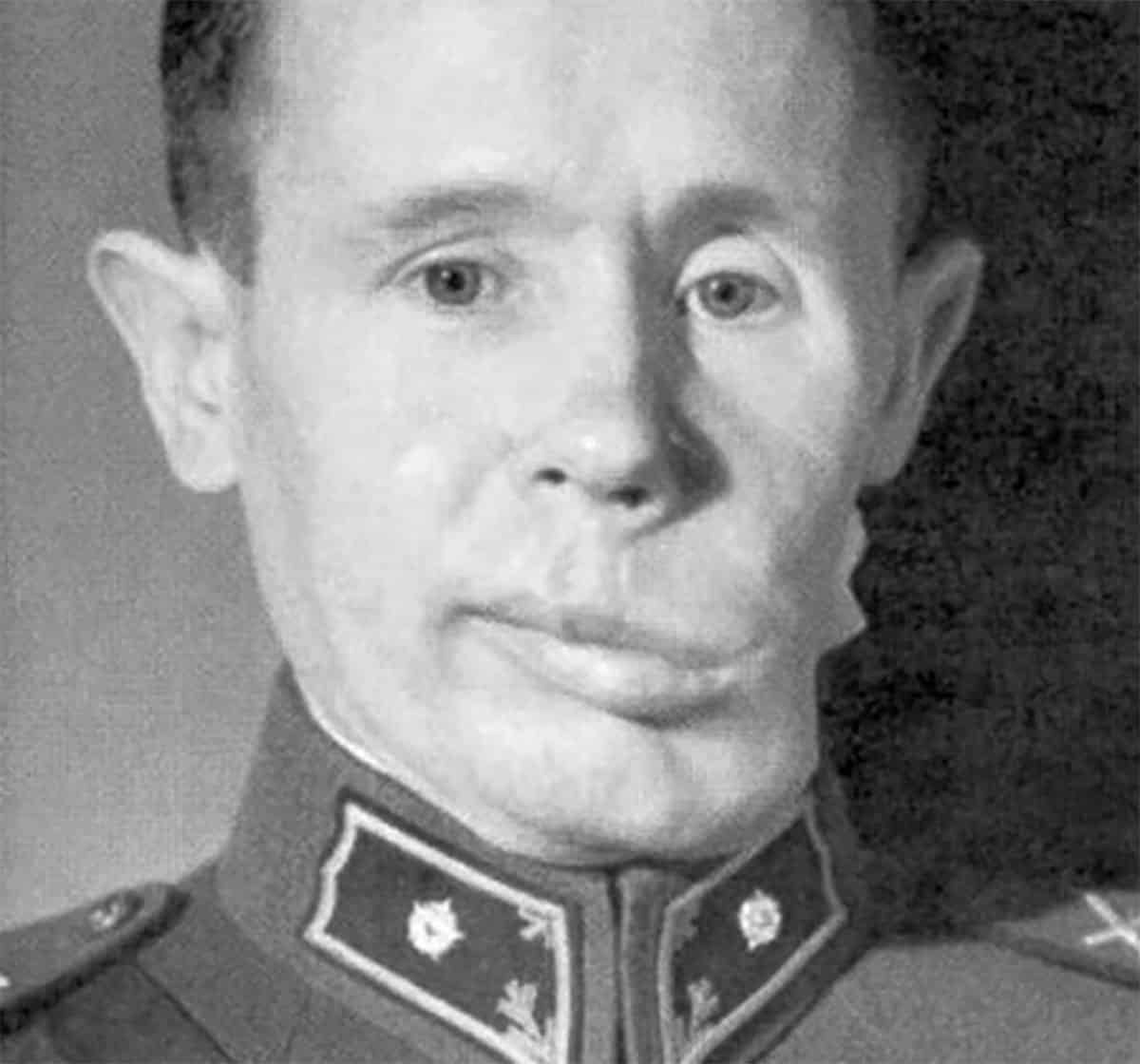 The Beginning Of Simo Häyhä

It was during WWII in 1939 that the story of Simo Häyhä began. At that time, Joseph Stalin sent an army of his best men to capture Finland through the western border of Russia.

This was a risky move and it ended up costing the lives of thousands of men. These two regions fought in this war for more than 3 months.

However, in the end, it was Finland that earned victory. This was something that did not sit right with Russia.

It was a major blow to them because Stalin thought Finland would be easy to acquire. This is because the numbers told him this.

Russian army consisted of more than 700,000 men and Finland’s army was not even half of that.

It only consisted of 300,000 men. Apart from fewer men, they also had fewer tanks and aircraft.

So, of course, even a dictator would think that these numbers are easy to crush.

He couldn’t be more wrong as he forgot to take into account the amazing Simo Häyhä who was on Finland’s side.

He was born on 17th December 1905 in the old Finnish region of Karelia. This region now comes under the territory of Russia.

He grew up to be a farmer who occasionally indulged in hobbies such as shooting, hunting, and snow skiing.

He was part of the Winter War and he served ninety-eight days even though the war itself lasted for more than a hundred days.

This is because during the last week of the war he was injured and had to be hospitalized. However, during those ninety-eight days, he rained hell on the enemy.

Even during those days, he was not seen and not heard by anyone. Although, he was killing Russian soldiers by the minute with extreme accuracy.

Some even say that he went on to kill more than twenty-five people in one day.

This is how he earned the title of “White Death” on the battlefield. There was another instance where Häyhä had killed the enemy with just one shot.

After this, the Russians wanted to take revenge and tried to shoot him by indirectly firing. However, miraculously Häyhä was not even injured after their firing.

He made out of the entire ordeal without a single scratch. Apart from this, an artillery shell once landed next to his firing position.

The shell ripped the back of his greatcoat. Häyhä survived this too and there was only a small scratch on his back. 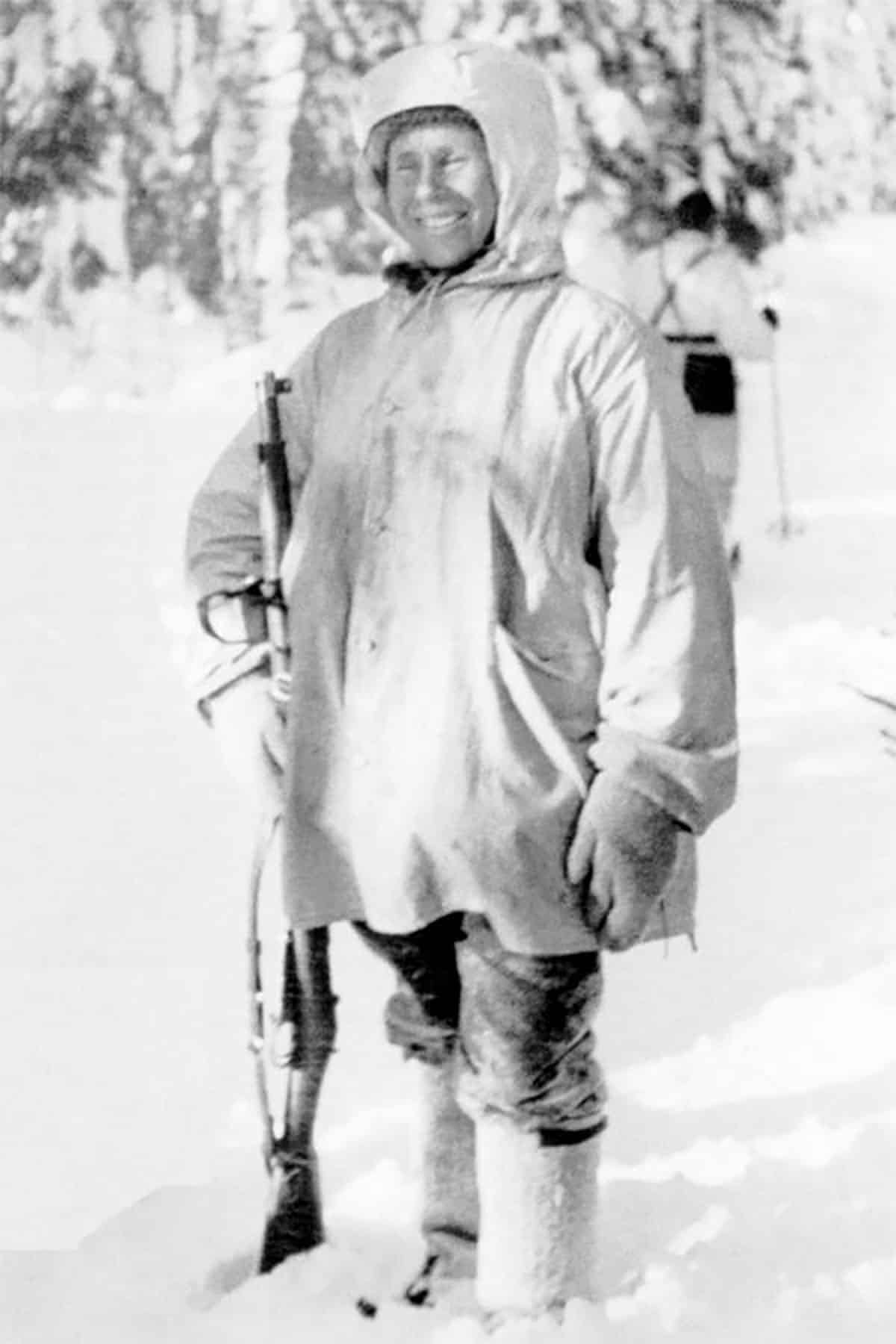 This is why in a short span he came to be known as the deadliest sniper the world had ever seen.

Surprisingly, Häyhä told everyone that he never once felt scared on the battlefield.

For him, this was his job and he treated it like he is going hunting. This is why he was always coming up with strategic ways to hide and fool the enemy.

During this time, he also put his mind to come up with clever and useful techniques.

For example, he poured water in the snow in front of him so that his location would remain hidden from a muzzle blast.

Another great talent of Häyhä? He used to make sounds of artillery fire and smoke so that he could easily go from one position to the next.

This distracted the soldiers and he would safely change places. His best asset was his memory. He relied on it to find the best spots for hiding.

The End Of The Winter War

Soon enough, through all these tactics and strategies, Häyhä became popular in Russia and Finland.

The Russians called him White Death. To them, he was the sniper who camouflaged with the snow and waited for them.

On the other hand, Häyhä’s reputation was also the subject of propaganda on many occasions.

To the Finnish people, he was a legend who could go past the snowy terrain like an undetected ghost.

People in high places also became aware of his talent, skill, and reputation. 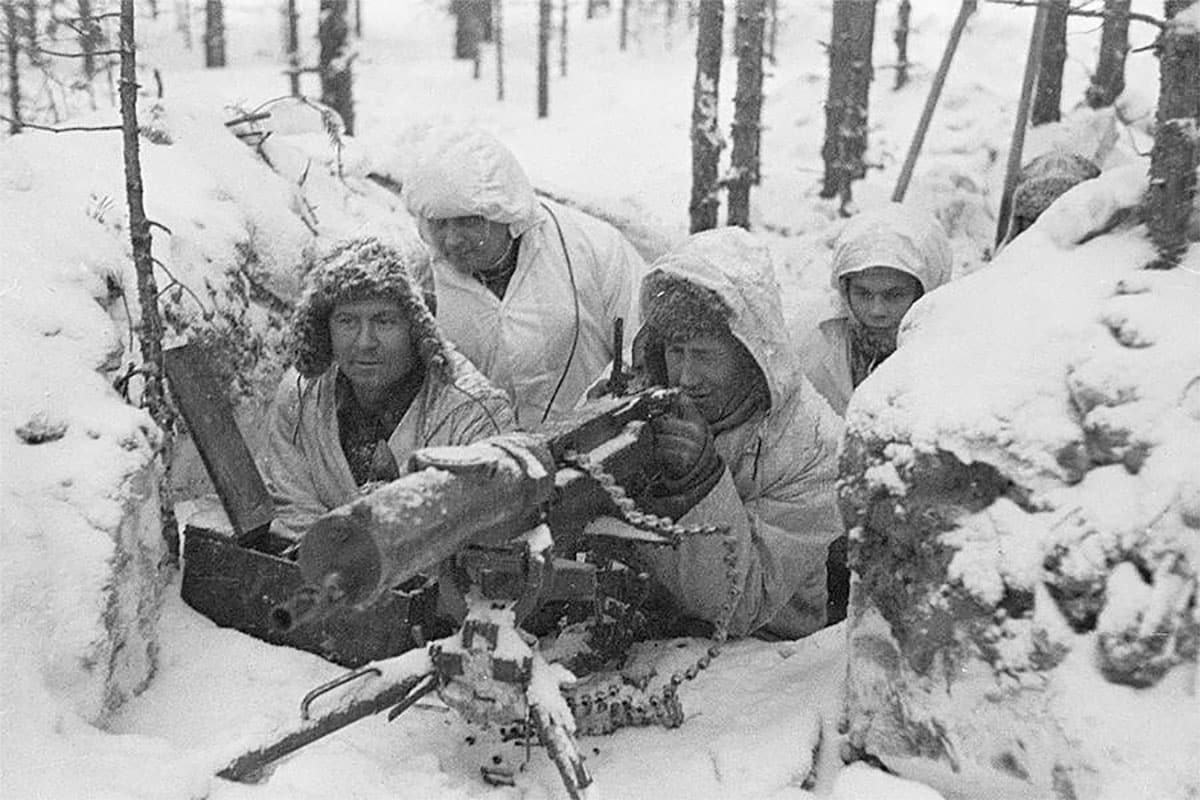 This is why as soon as the High Command got to know about Häyhä, they gave him a gift.

He was presented with a tailored sniper that was completely brand-new.

Of course, every major climb has a fall and so did Häyhä’s. Eleven days prior to the ending of the war he was injured.

A Russian soldier finally saw Häyhä and took a shot at him right in the jaw. This was extremely unpleasant as he went into a comatose state for eleven days.

When he woke up, the peace treaties were getting signed so that the war could end. A good portion of his face was also missing because of the bullet shot.

Don’t be fooled by this. If you think that the deadliest sniper gave up because of being shot then you are wrong.

Häyhä quickly bounced back. Of course, the Winter War was over but he resumed his life and focused on becoming a moose hunter successfully. He went hunting with Urho Kekkonen, the Finnish president.

He completely healed from his injury and lived a full life until he finally passed away when he was 96 years old.

Häyhä spent all his life in nature, especially his childhood and this is where his exceptional skills developed.

He became a local celebrity after the war but he didn’t want any of that. Instead, he preferred solitude and lived a quiet yet full life all on his own.