by Factionary 4 weeks ago3 weeks ago
177views

Guy Gorney has been one of the top hunters in the world. As a trophy hunter, he has hunted down numerous animals as his winnings. However, in recent news the hunter seems to be under fire from the public.

The public outrage is directed at Guy Gorney because a video of him currently resurfaced. The video shows how he killed a sleeping lion.

While Gorney has killed an approximate of 70 wild animals, people are still outraged by the video. Even tough people assume that the video is enough evidence of cruelty, there are many sides to the story.

This ‘hunter’ sneaked up on a SLEEPING #Lion and killed it!

How brave, how sporting – HOW CUNTISH!!!

According to the @NatGeo
magazine, the Lion will have disappeared from the African continent in 2050!!!! RT if you want a GLOBAL ban on ALL #trophyhunting NOW!! @RickyGervais pic.twitter.com/F5qcOpE0ix

Before diving in to explore the various perspectives, the video should be properly examined. This footage was shared on Twitter by @Protect_Wldlife.

The handle belongs to a company based in the UK which advocates for the rights of animals. The purpose of the video footage was to highlight the cruel way the sleeping lion was shot – not once but thrice.

The video shows Gorney taking aim at the wild animal in the initial few seconds of the video. He is seen to be wearing a Safari garb that helps in identifying him.

At the same time, there’s another audio presence in the video. It is assumed that the person is the gamekeeper. He is the one who can be heard guiding Gorney while he takes his aim.

The camera later pans on to the lion that is sleeping. Gorney fires his first shot that wakes the lion in pain.

The pain is visible as the sound of the lion’s pain could be easily heard in the video. Before, the wild animal could make sense of what was happening, the hunter fired two more shots.

These finally killed him, while the gamekeeper was heard asking Gorney to stop firing after the third shot.

Later, the gamekeeper congratulates Gorney and they have a celebratory handshake. The video continues to show the two approaching the lifeless lion.

The gamekeeper remarks, “A very nice lion”, and congratulates the trophy hunter once again through a pat on the back. The lion’s dead face is zoomed into and the gamekeeper calls the hunted animal, ‘exceptional’.

Public Reaction Towards The Video

The caption for the footage called for an end to trophy hunting and remarked on the ‘cuntish’ behavior of Gorney.

However, it is important to note that Gorney wasn’t identified at the time the video was uploaded. The footage caught momentum due to the fact that was reiterated by the uploading account.

The fact emphasized on how Natural Geographic reported on how lions will be extinct from African in the year, 2050. This caused concern among the public and the social media outrage was significant.

It was the general public who called for the hunter to be revealed. As the video was shared and reshared, the trophy hunter’s identity finally came up.

It was Guy Gorney, a 64-year old trophy hunter from Manhattan, Illinois. What added fuel to the fire was Gorney’s past behavior. 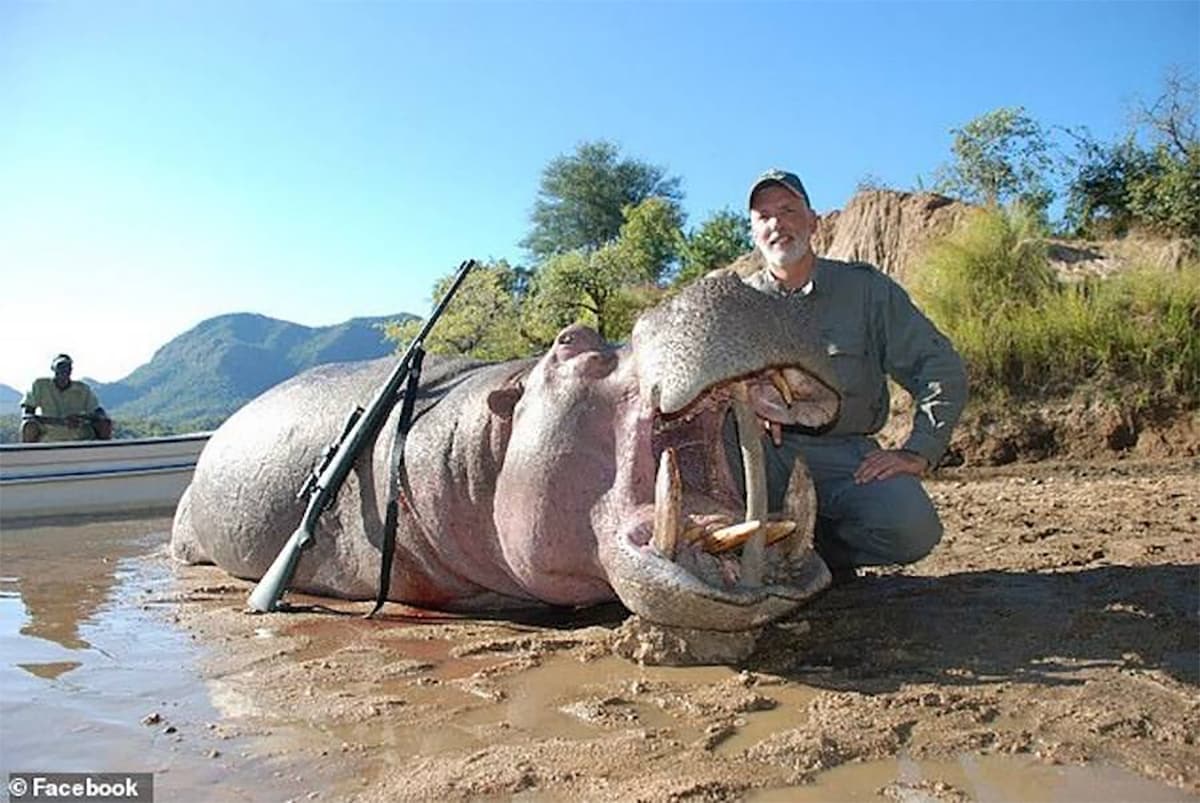 It soon came to the public’s notice that Gorney had acted in similar merciless ways before. Even for those hunts, he had been publicly targeted previously too.

There has been previous evidence that has showed Gorney committing atrocities towards wild animals.

A point that has repeatedly come up is that the trophy hunter only hunts down particular wild animals. This was proven through what he said during various interviews.

One of those interviews was hosted by the Chicago radio station WBBM in 2015.

This was with regards to another graphical representation of him that showed Gorney spanning the back of another lifeless lion.

With relevance to the current video that this article talks about, Gorney’s apparel is worthy to be noted.

He is wearing the same garb in this photo that he wears in the video that resurfaced recently.

It can be reasonably concluded that the hunt was from the same trip. When asked various questions in the interview, Gorney kept his stance.

He elaborated how he hunts down five major wild animals that he titles, “The Big Five”. These include lions, leopards, elephants, buffalos, and Rhinos.

In the 2015 interview, he answered how he had killed around 70 wild animals. He took pride in those hunts and viewed them as hunts.

His Facebook profile is filled with many hunt photos where he is seen with many dead animals.

In one photo, Gorney seats himself next to a large hippopotamus with its wound visible. The animal’s mouth was also held open so its large teeth could be shown off.

Gorney explained in the interview that killing wild animals had benefitted people more than killing zebras would have. 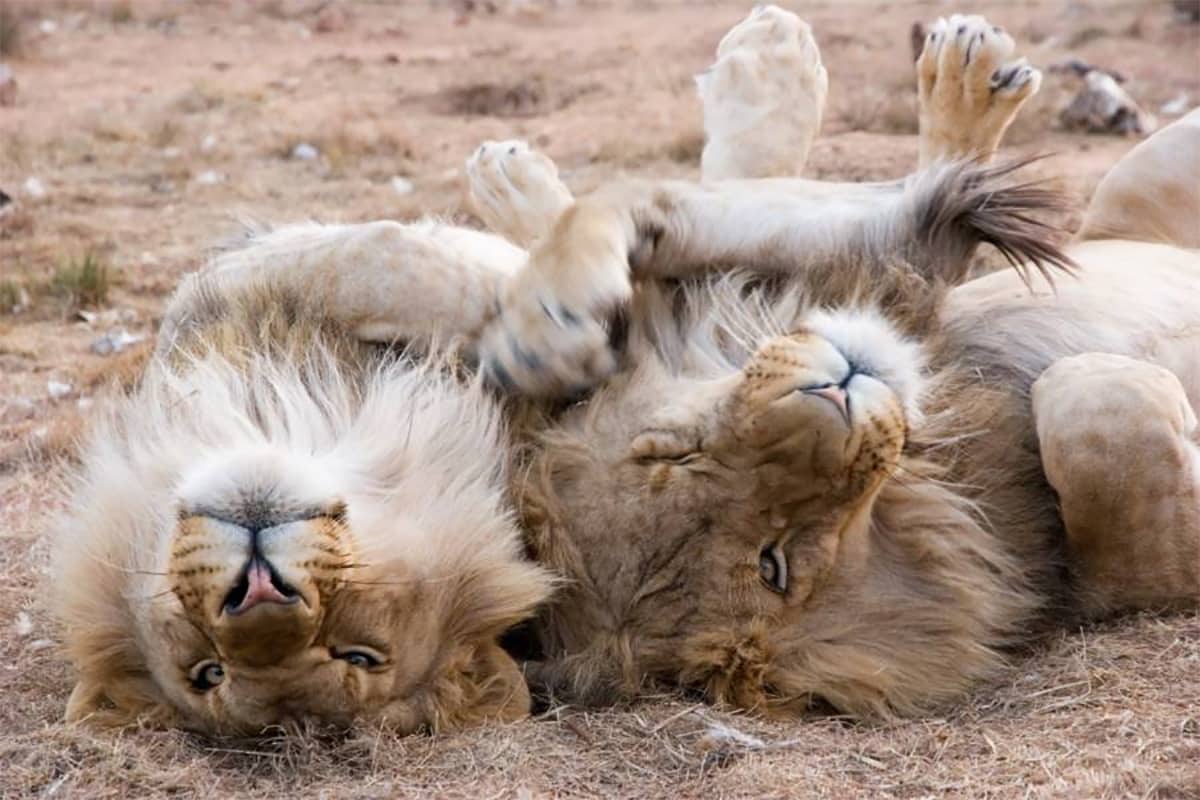 In the 2015 interview, he answered how he had killed around 70 wild animals. He took pride in those hunts and viewed them as hunts.

How? By ensuring that the ration between predators and the preys are the rational. Killing wild animals was a way of doing that.

Apart from these, Guy Gorney did announce that he follows the law wherever its applicable and condemns threats and poachers.

This may have been a reference to the person who published his address and cell number after the 2015 lion photo. That was an obvious threat to the trophy hunter.

Nevertheless, because of the video footage being released and reshared, Gorney was targeted for his merciless behavior.

More statistics regarding the potential of lions of being extinct have been observed.

The WWF – World Wildlife Fund reported that an approximate of 20,000 lions are left.

This means that lions could easily be categorized as vulnerable. As the uploading Twitter account called for a ban on trophy hunting, many people part of the public agreed with it.

This could lead to a significant reform in the hunting laws that there are. There were consequences for Gorney as a public outrage, but there are many other trophy hunters out in the wild. They have their trophies too.