Here we present you a trophy huntress named Alexandra Tyutcheva who hunts a range of animals.

She has been practicing hunting from a really young age and is now proudly showcasing a large number of animals she has killed throughout her experience.

Her Instagram profile is filled with pictures and videos of her hunts.

While she portrays these as her victories, people on her social media aren’t too happy about what she is doing. 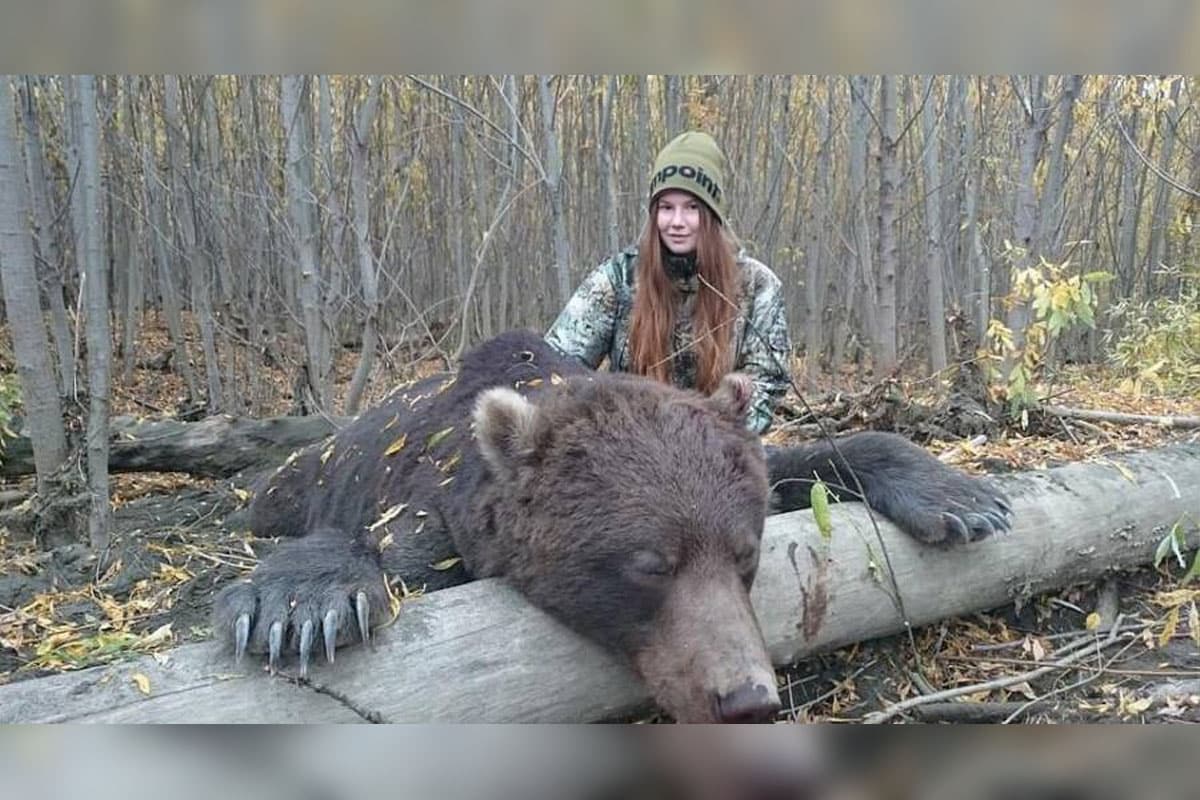 The pictures are of a lot of variety where you can see bears, rams, and many more animals shot dead by her.

From showcasing dead animal pictures to adding pictures of skinning them, this huntress is seen to show her skills as a huntress.

However, these pictures aren’t positively received by the audience as they are infuriated with what she is doing.

Alexandra has been on the path of hunting as young as 12 years old.

She went fishing with her father during the early years, while her mother and sister remained away from this activity.

She grew fond of hunting over time, and now, believes that she is linked to nature in a way that she understands it better.

Initially, she would only hunt the marine life with her father, but then eventually moved on to land animals.

Her popularity as a huntress went off mainly when she starting posting on social media about them.

But the popularity isn’t the positive kind as people have grown hateful towards her over time.

By the time she was 18, she went on to kill bears, deer, rams, and whatnot with her father.

He taught her all the basics of killing the prey and then skinning them.

Her interest in this grew further, and she continued to do this throughout the next few years of her life as well.

Since she has been brought up with the thinking that this is good for nature, she now believes that her actions have no negative consequences.

Instead, she believes that her work is actually helping other endangered species.

What Hunting Means To Her

Alexandra has directly told everyone through her social media as to how much hunting means to her.

Not only is she focused on connecting more with nature, but she finds this as a way to find peace in her life.

Since this has been a part of her life since she was a child, there’s no separating her from it now.

She truly believes that hunting is a part of who she is now, and there’s no going back from this activity.

Her main argument stands that through her hunting, she’s able to create a balance in the ecosystem.

While many bash her for saying things like this, she claims that no one here understands the subject because they haven’t studied about it at all.

Her passion as a huntress is so real that she has decided to take the topic up for the thesis of her undergraduate education. 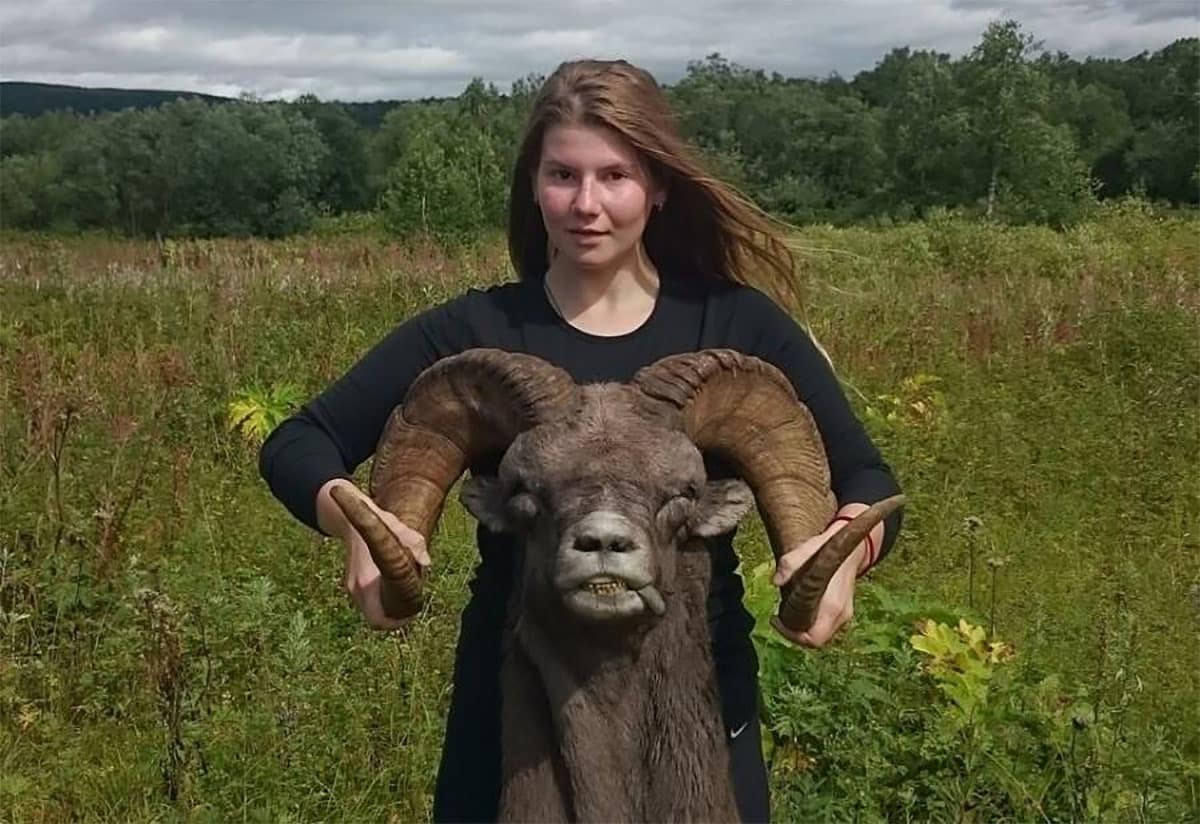 One can only imagine how devoted she must be towards hunting to want to write a whole thesis on it.

But no matter what she poses to be as, one thing is clear- the audience is not happy with what she is doing to these animals.

There are way too many critiques on her Instagram profile, under all the pictures that she posts relating to hunting.

So, how does she deal with all of this?

Now, since the start of her hunting adventures, she has faced a large number of negative responses from people all over social media.

These have also extended to death threats where people want to see her dead instead of the animal she killed.

Her biggest trophy was killing a 550 lbs bear and then skinning it.

While she thought of this as a victory, her critics bashed her to make her stop doing what she does.

But did this stop her? Not at all. She has been on the hunt for all sorts of animals during her trips.

And, she goes on to collect their skin for all sorts of things.

She went on to talk about how the audience is uneducated as they do not know the details of how her work is benefitting the world.

She claims that she’s creating a balance where endangered species can thrive, and the ecosystem can get back to working the right way.

However, no one can connect these dots and believe that her ideology is flawed.

She claims that the animal doesn’t “go to waste” as every bit of it is used in one way or another.

Moreover, she claims that all her critics are hypocrites as they also consume meat, but don’t kill the animal themselves.

She claims that what she is doing is right, and others do not have the knowledge to comment about something that has such a big impact on the nature of the world. 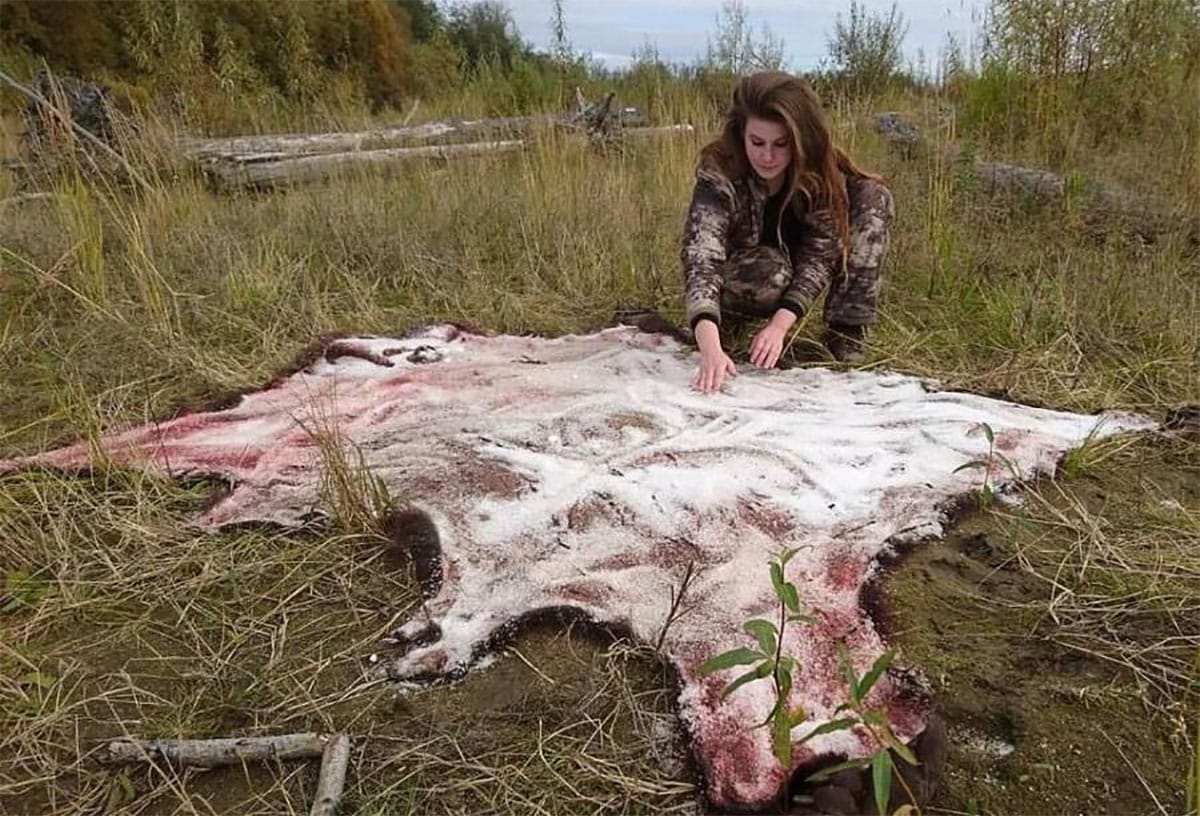 Alexandra suggests that people start learning about what her style of hunting is all about. It’s not only to collect trophies.

Instead, she practices a style of hunting that proves to be sustainable.

She claims herself to be a conservationist and actively promotes her work by sharing articles that prove that what she is doing is right.

She’s not only trying to ensure that her work is seen under a different light, but she is also actively telling others in the same line to be passionate about what they do.

What this means is that she doesn’t want them to hide their desire to hunt animals and that they should have to feel sorry about it.

This is mostly because she claims to be following moral hunting, where she focuses on sustainability than anything else.

No matter how much hate she gets, her stance has always remained the same.

She explains how her work should not be judged by people who have no idea about it.

Moreover, she urges others to learn about hunting better and the positive aspects of it.