by Factionary 8 months ago4 weeks ago
015.6Kviews

Three years ago, in February of 2018, a man was being convicted in the Superior Court of Alaska, located in the city of Anchorage, for a crime done out of revenge: Jason Vukovich, a forty-three-year-old man, had used Alaska’s online Sex Offender Registry in 2016 to find people living near him who had been sentenced for sexual abuse of minors, and he proceeded to beat them up.

He had also stolen from these people and exposed them to their sometimes-unknowing neighbors, all in an attempt to revenge the own sexual and physical abuse that he had suffered at the hands of his stepfather during his childhood.

His case became a significant news sensation in Alaska, where many people thought that his heart was in the right place, even if his actions weren’t.

Some went on to call him a ‘hero,’ and he had even seen himself at one point as an “avenging angel seeking justice.”

Keep reading and find out more, decide for yourself if he fits that definition or not, as we review ten facts on Jason Vukovich’s case, the pedophile-beater of Alaska.

A man with a tough life (we’ll get to that later), Vukovich’s unsolved traumas and the resentment that had been building up within him during all those years, exploded in June of 2016 when he started visiting the convicted pedophiles that he had listed in a notebook under his handwriting.

He broke into their houses and attacked them with his fists, which eventually escalating to shooting them with a hammer, as in the case of one of them, sixty-seven-year-old Wesley Demarest.

Demarest was left with brain injuries and is now unable to speak clearly, as a consequence of which he lost his job and faces eviction from his house.

At first, Jason Vukovich described himself as “the avenging angel” of the children hurt by sexual offenders.

Yet now, after learning the extent of the damage caused to Demarest, he stated that he “regrets that deeply,” as it has been known that Demarest had been already condemned and that he had served his sentence.

He had a job delivering motor parts and volunteered at a local church where he had already informed everyone of his past crimes.

“All I’ve been doing for eleven years has been regretting every moment of my crime, and not a day has gone by that I don’t think about it. I didn’t feel I deserved it, but I guess I do. I guess my punishment isn’t over yet”, he stated to the press. 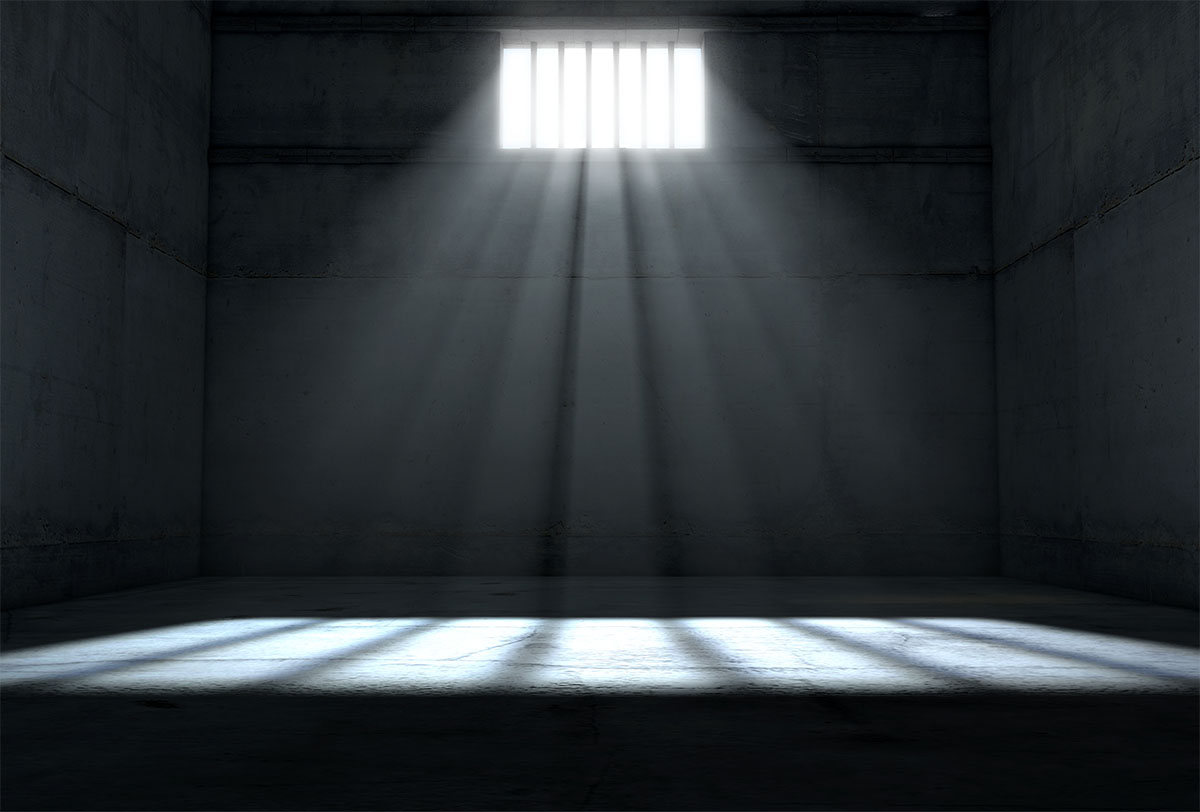 Vukovich’s punishment seems not to be over yet, either. He was ultimately sentenced to twenty-five years in prison for his actions, despite his attorney’s pleas that he needed help instead of punishment.

Back in 2018, he said: “I don’t think he needs to be punished. He’s already been punished. This whole thing started out as the punishment of a child who didn’t deserve to be treated in that way.”

But his efforts were in vain, and Vukovich now awaits in prison until his release in 2043.

Addressing others who might be suffering from the consequences of similar abuse, Vukovich is categorical: “If you have already lost your youth, like me, due to a child abuser, please do not throw away your present and your future by committing acts of violence… it’s important to me that someone else who was born and raised in Alaska who had a similar upbringing doesn’t end up with this outcome because quite candidly, it sucks.”

In the end, it just may be that Jason’s best piece of advice is the example of his own life. And to take that advice, we’ll have to review: what has happened in his life to make him act in such a way? 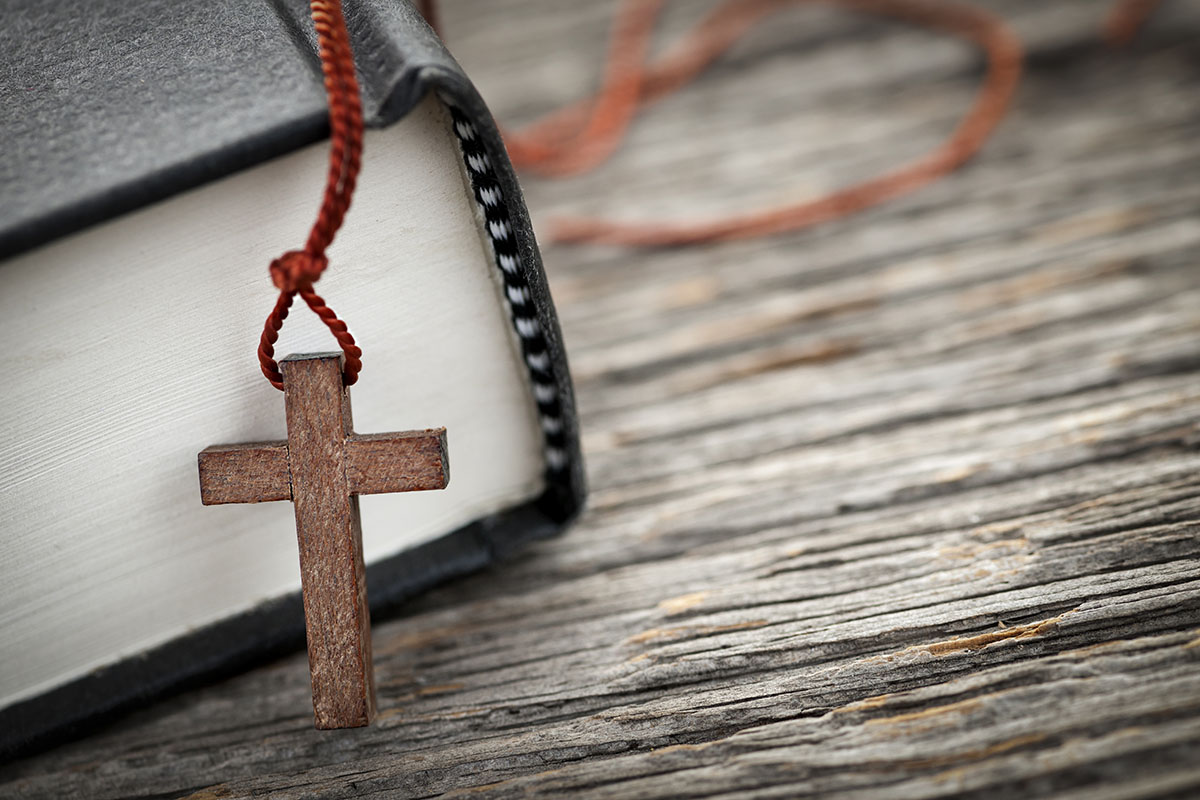 Jason Vukovich was born in 1975 to an Anchorage couple, but he never met his biological father. At four years of age, his mother presented him with who would be (or should have been) his substitute father: Larry Lee Fulton.

He and his mother were outwardly very devout Christians who frequently brought their children to church.

Jason used to go to church “two or three each week,” he remembered during a written interview and had frequent “prayer sessions” with his parents. 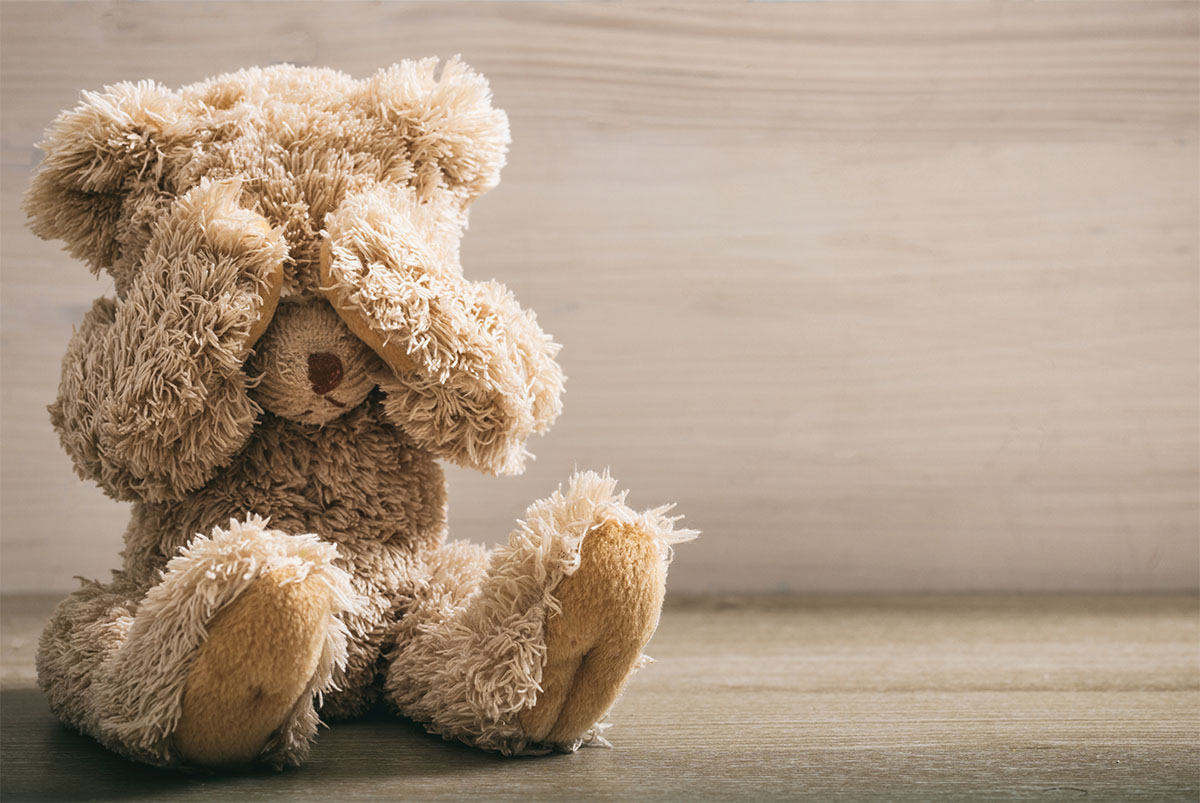 Fulton, however, was anything but a saint. He took advantage of the privacy of those “prayer sessions” to molest him and to frequently beat him with a 2×4 wooden plank.

“You can imagine the horror and confusion I experienced,” Vukovich stated in that same interview.

And to make things even more depraved, his stepfather was tried and convicted of second-degree abuse of a minor in 1989 but never actually spent time in jail as he got, for some reason, a suspended sentence. The memory of this injustice would live in young Jason. 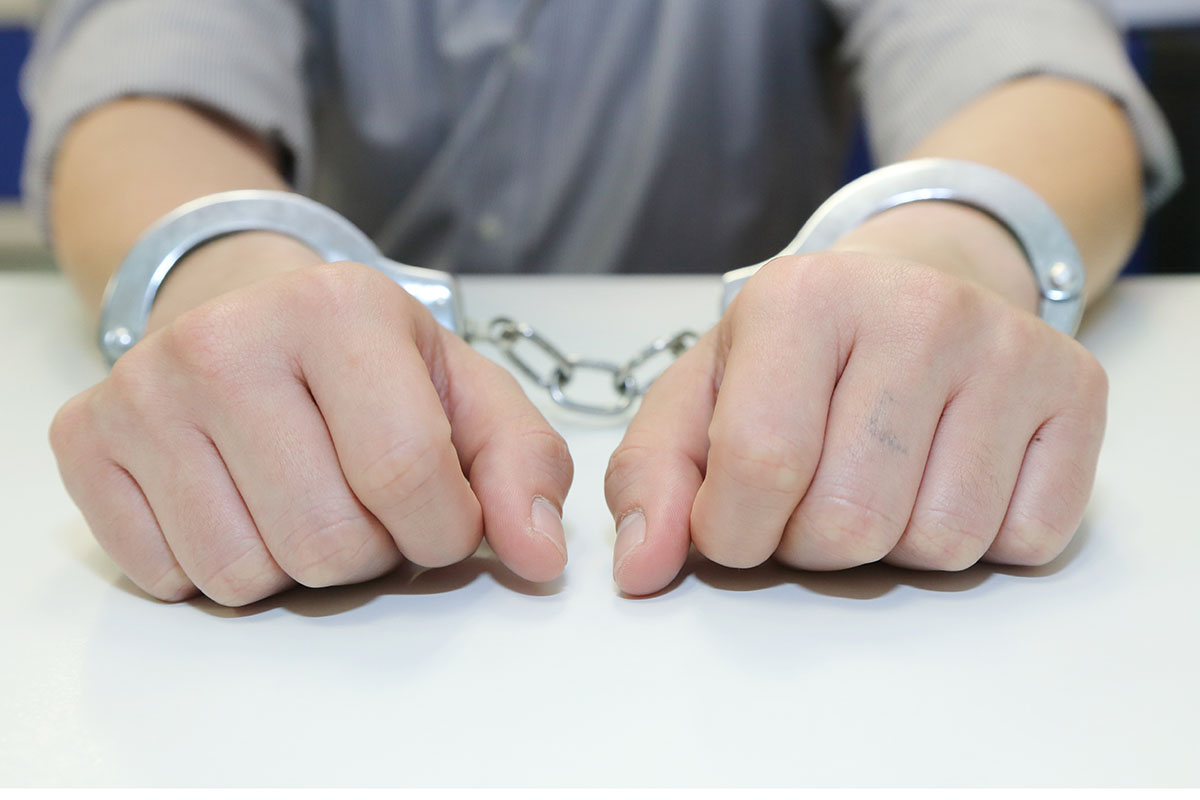 By 16, both Jason and his older brother (who would frequently take their stepfather’s abuse in place of him) had run away from home and gone their separate ways.

Jason arrived at the state of Washington penniless, alone and without any identification: he started stealing people’s wallets at gymnasiums to survive.

“From that point on, I turned into a thief,” he said after his 2016 arrest, as he explained how he never sought help in a homeless shelter out of fear that he, being a minor, would be sent back with his parents in Alaska.

“Being a thief and a liar fit nicely with my lack of self-worth, my silent understanding that I was worthless, a throw away. The foundations laid in my youth never went away”, Vukovich has also stated.

Between his running away from home and his final arrest in 2016, he got arrested many times: he had criminal records in the states of Washington, Oregon, Idaho, Montana, and California.

He often worked in the construction sector, but he would go back to stealing for a living whenever he got laid off. He also was addicted to methamphetamine for a time. 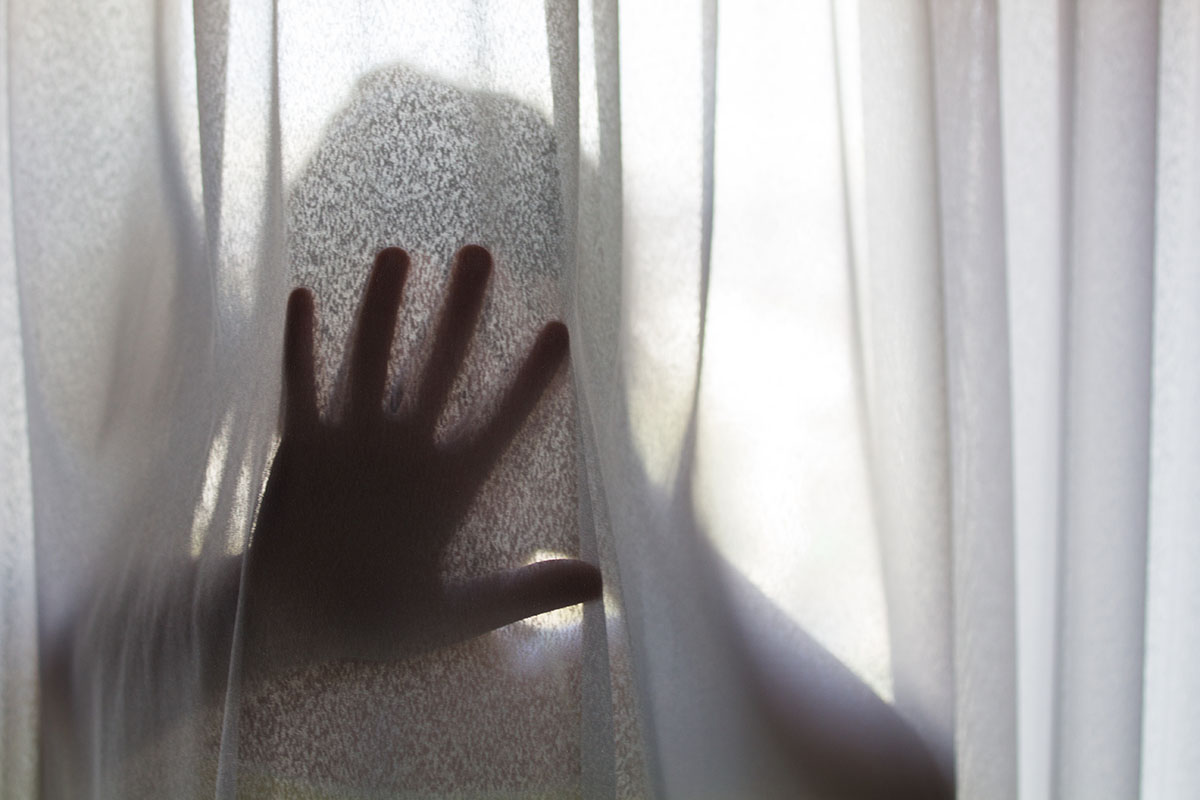 By his admission, Jason’s choices frequently reflected “a lack of concern for myself and others.”

To a reasonable extent, this sort of antisocial behavior, a consequence of never having solved his childhood traumas, also expressed itself in his inability to form a family of his own.

His ex-wife (with whom he had two children) accused him in 2008 of physically assaulting her, for which he was found guilty. At the time, he denied the charges but later admitted that they “probably had a couple of wrestling matches.”

And that is not the only thing he has admitted. He also has admitted, frequently, his regret for his actions.

And now that we know how he lost his youth as a consequence of the abuse he suffered, it’s not hard to understand why during his trial, he went on to state: “I now face losing most of the rest of my life due to a decision to lash out at people like him. To all those who have suffered like I have, love yourself and those around you, this is truly the only way forward.”

Sadly, he will lose it. He will be entirely free again only in his late sixties when nearly his whole life has passed him by.