by Factionary 9 months ago4 weeks ago
029.4Kviews

When Katherine Knight (born in 1955 in Tenterfield, New South Wales, Australia, and very well known for her extreme and sudden outbursts of anger) married her first romantic partner, an alcoholic co-worker David Kellett, her mother took the groom apart.

She said to him: “You better watch this one or she’ll fucking kill you. Stir her up the wrong way or do the wrong thing and you’re fucked, don’t ever think of playing up on her, she’ll fuckin’ kill you.“

Given this precedent, a few years later, not many people were surprised to know that she had killed her fourth partner, John Price: everyone was, however, immediately horrified at learning how she had done it and, more importantly, what she had done afterward.

This is a story of domestic violence, murder, and uncontrollable rage, an account of the first woman ever to have been sentenced to life without parole in Australia.

Keep on reading as we revise ten details on the story of Katherine Knight, the woman who turned her partner into stew.

Like so many murderers and antisocials, Katherine’s life begins in a family of criminals and madmen. Ken Knight was an alcoholic who repeatedly used violence and psychological abuse to rape her mother up to ten times a day.

Her mother Barbara was a staunch misandrist, who nevertheless told Katherine to “put up with it and stop complaining” when she said to her that one of her partners wanted to try things in their sexual life that she wasn’t comfortable with: years before, in the small, conservative town of Tenterfield, nobody had lifted a finger at the sexual abuse that Katherine and her siblings suffered at the hands of the family.

This turned Katherine into (or stimulated her to become) a tough person: calm during periods in which she would receive awards for good conduct, she would then explode in sudden outbursts of violent rage.

At school, she was a bully and attacked by a teacher acting in self-defense after violently attacking her first. She left school at fifteen without ever having learned how to read or write. 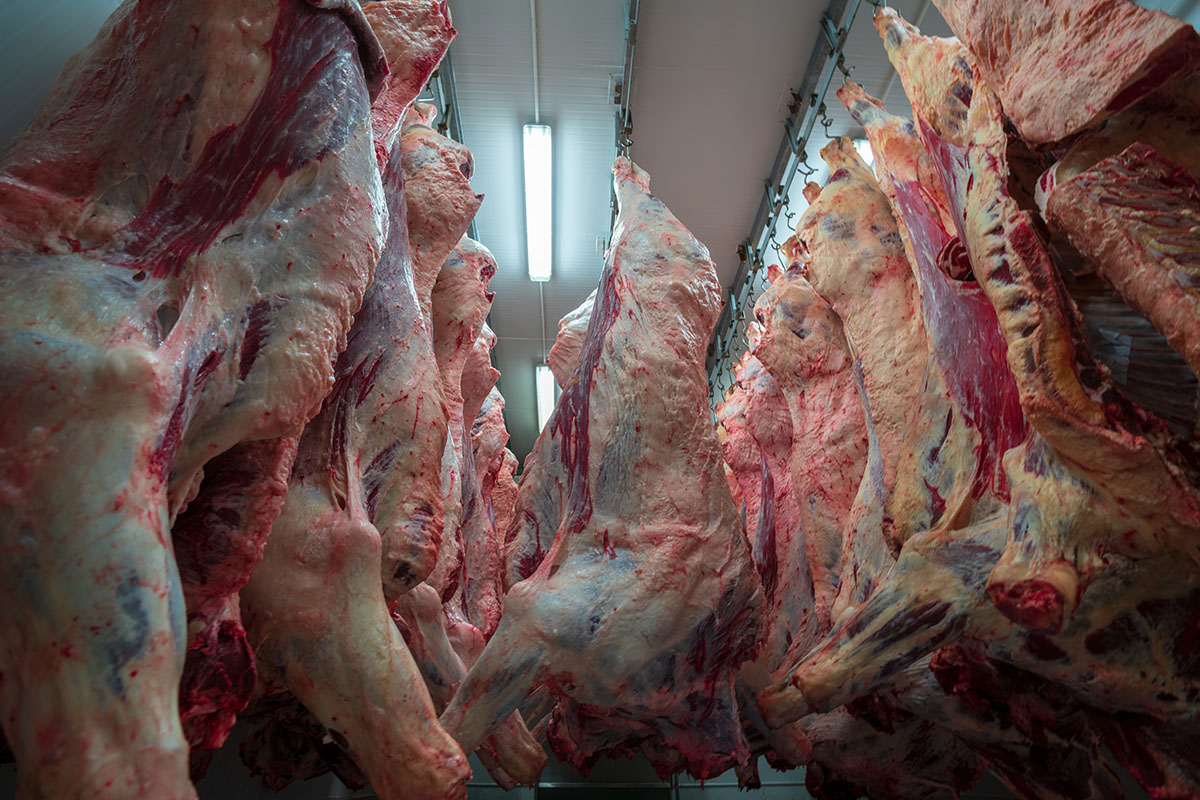 At first, she got a job working as a fabric cutter in a clothing factory. Katherine eventually found what she called her “dream job,” a butcher’s position at a local slaughterhouse, where she ultimately received a set of butcher knives.

In a gesture that should have caused enough alarm to prevent her from committing her later crimes, she hung those knives over her bed, where they would remain in each of her different residences so they “would always be handy if I (she) needed them.” 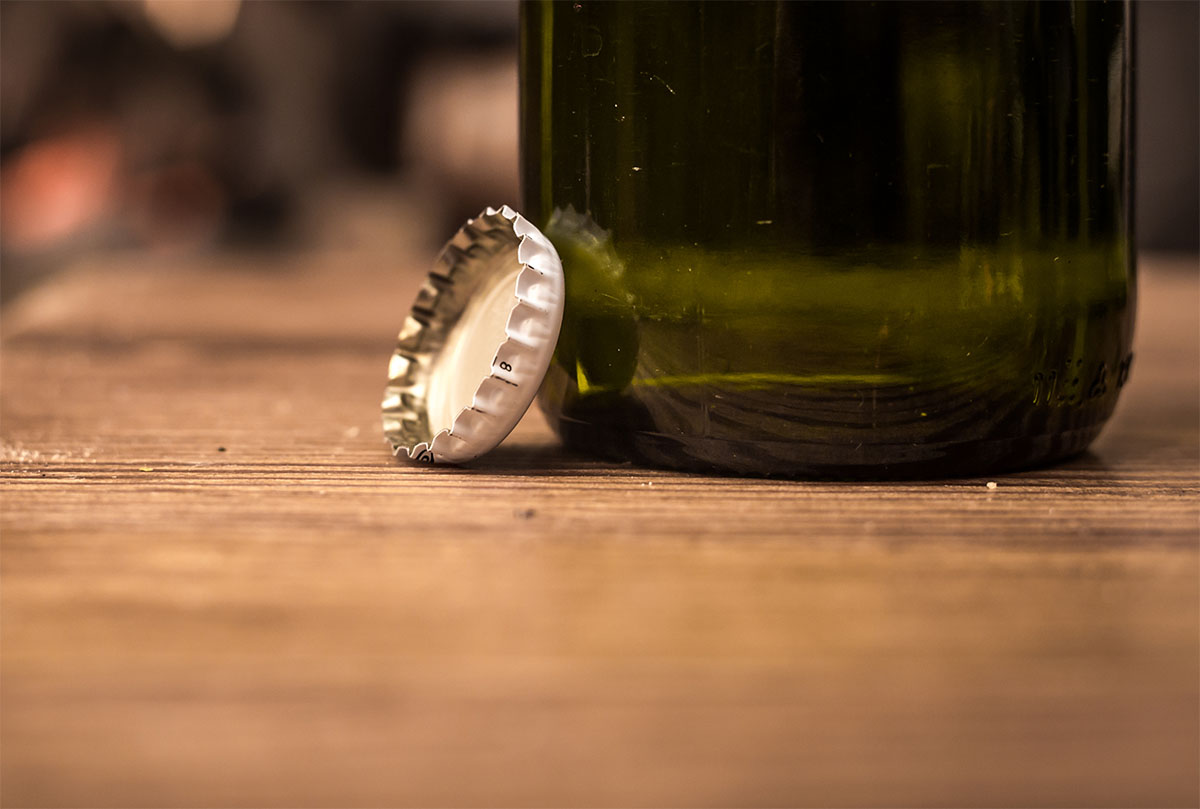 She was also very well known for using these knives and her fists in all sorts of bar fights around the town.

She would often step to defend her first husband (the Kellett mentioned above), whom only she could hit: after trying to strangle him on their wedding night for falling asleep after having sex “only” three times, she once went in a rampage of kidnapping a driver after slashing her face, holding a young boy hostage, and trying to get to Queensland to kill her husband and his mother after he had left her because she nearly killed him with a frying pan. 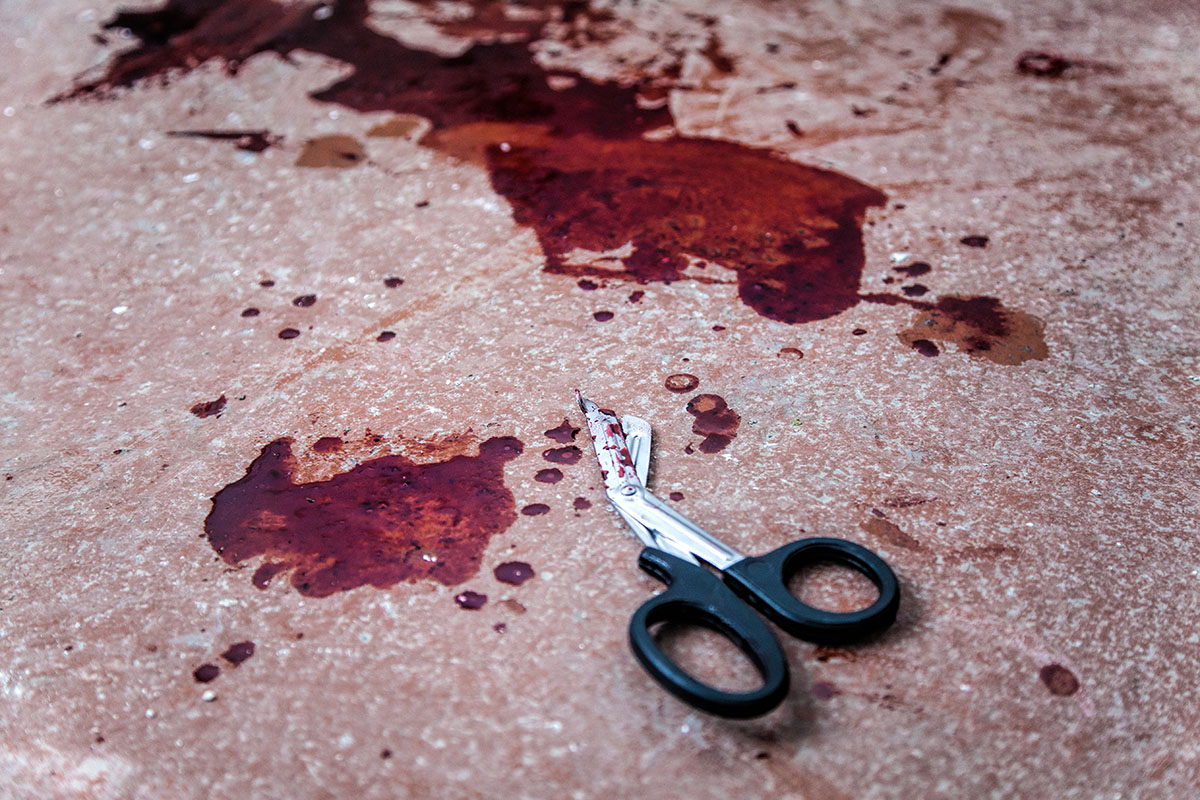 All of his three previous partners before John Price (Kellett, a miner named David Saunders, and a co-worker in the slaughterhouse called John Chillingworth) had extreme violent incidents in which she attacked them.

She once beat Saunders in the face with an iron and stabbed him in the stomach with a pair of scissors after an argument, and previously she had cut the throat of his dingo puppy to show him what would happen if he ever had an affair with another woman. Like she did to Kellett, she often hit Chillingworth with a heavy metallic pan.

Finally, John Price came into her life. A well-known and popular miner known as a “terrific bloke” by his companions, he was aware of her violent reputation but still took her into his home in 1995.

By all accounts, his children liked her, and, despite a few arguments escalating into a physical confrontation, Knight’s behavior was in one of her “quiet” times, and everything was, according to Price’s commentaries to a friend, “a bunch of roses.” 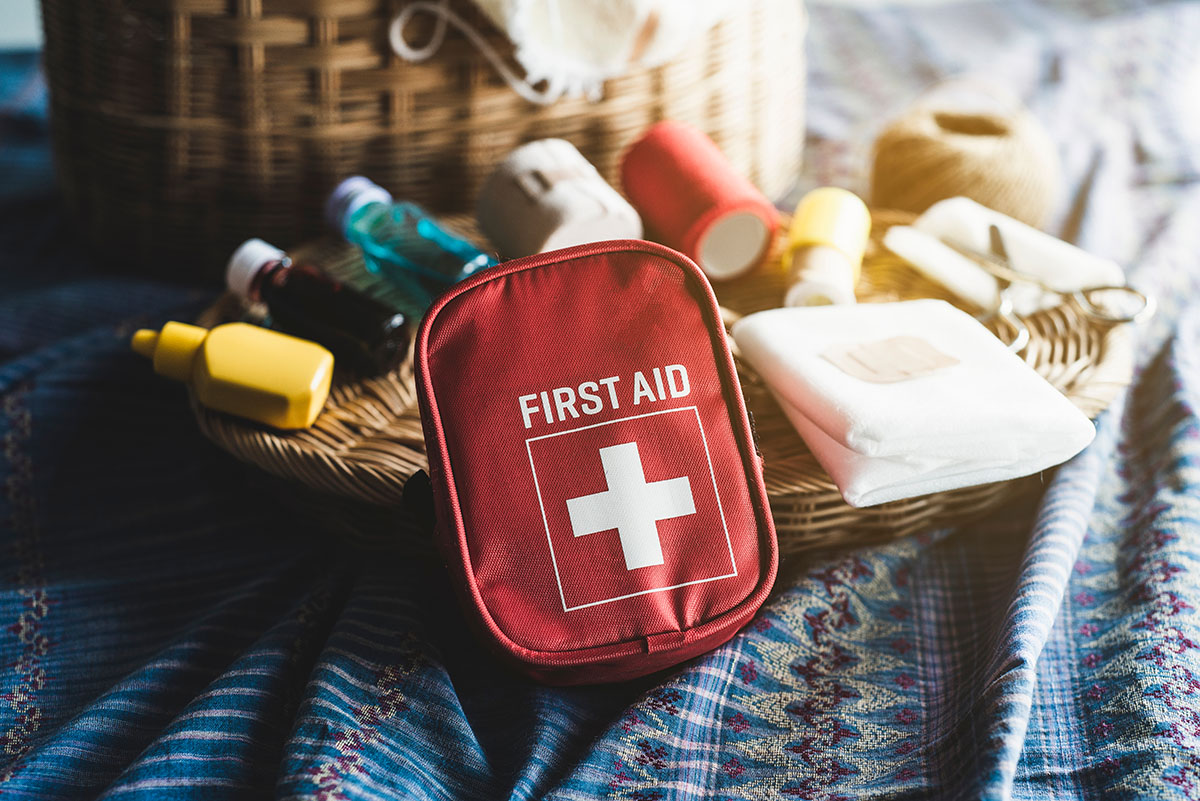 This came to an end in 1998, when they fought after Price repeatedly refused to marry her, unconvinced after previous divorces that marriage had anything to do with a couple’s happiness.

Knight recorded a tape of some old medical kits that Price had taken from work in a twisted set of actions and sent it to his employer, who fired him from a position he had been occupying for seventeen years.

This made her relationship into an on-and-off sort of deal, with Price repeatedly having enough of Knight, only to later take her back again.

Eventually, he had enough: a series of fights in the year 2000 ended with Knight stabbing him, after which he threw her out of his house and took a restraining order on her for him and his children.

Fearing for his life, he didn’t want to return home that day from work, but he was afraid that she would target his children instead.

He returned and sent the children away, then went to sleep: Knight arrived, they had sex, and in the middle of the night, she stabbed him to death with a butcher’s knife, with Price waking up and trying to flee before succumbing to his thirty-seven wounds. 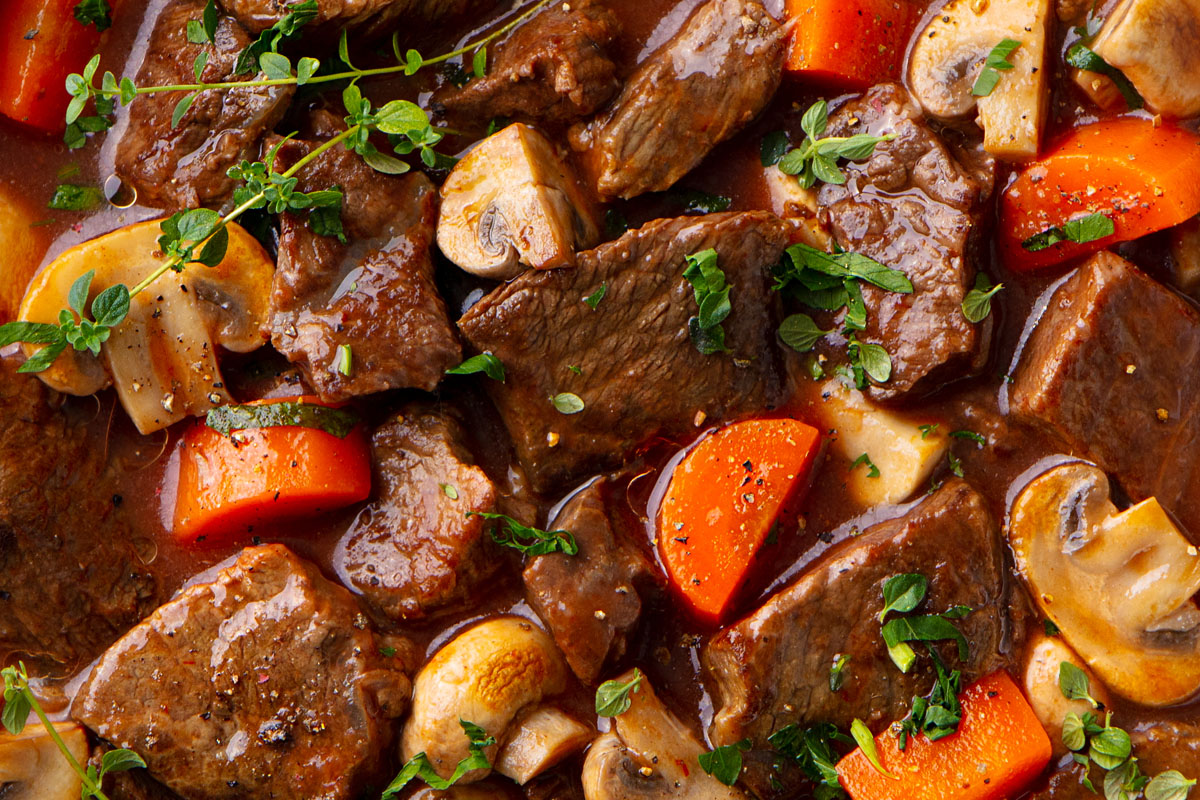 Not satisfied with this, Knight then skinned his body and hung the skinned body from a hook in the living room.

She chopped his head off and brought the head to the kitchen, where she cooked it in a casserole with vegetables.

She then served this in several plates, one for each of his children, and took down the body to arrange it into a relaxed position (with legs crossed and the left arm resting on an empty bottle of soda) to defile it further.

She left a handwritten note on top of a photograph of him, falsely accusing him of raping her daughter and his children, of confounding the investigation.

Amazed at her murder’s cruelty, the judge that later tried Knight inscribed in her sentence, the words “never to be released.”

Impenitent for her actions as any psychopath, Knight repeatedly has appealed the ruling for considering it “too severe.

In one of the replies to her, an Australian court would summarize the feeling of all those who hear from her case: “This was an appalling crime, almost beyond contemplation in a civilized society.” She is still in prison, now 65.