by Factionary 1 year ago4 months ago
021Kviews

Out in the Wexford countryside of Ireland sits a lonely mansion in the middle of the minuscule Hook Peninsula.

It’s three stories tall, grey, and bare. It could be mistaken for a small prison until one goes inside to see the intricate and divine decor.

A mansion so far out would suit a nobleman or king well, even in the modern-day.

But it is not a house owned by any single-family or caretaker.

Loftus Hall is co-owned by the Devil himself.

It is a place of significant losses, curses, and terrible powers that claimed family after family, yet still stands today.

The earliest trace of an incident on the Hook Peninsula where the Hall now rests began in 1170. Raymond Les Gros fought on the space to defend the landing for his superior, Richard de Clare, to arrive.

It served as a focal point of the wars that proceeded in that era and famously became the spot “where Ireland was lost and won.”

It started a downfall of the island people against oppressive medieval forces from all over. But even before then, it was rumored to be a place of power used by the Celtic people’s Druidic cults. 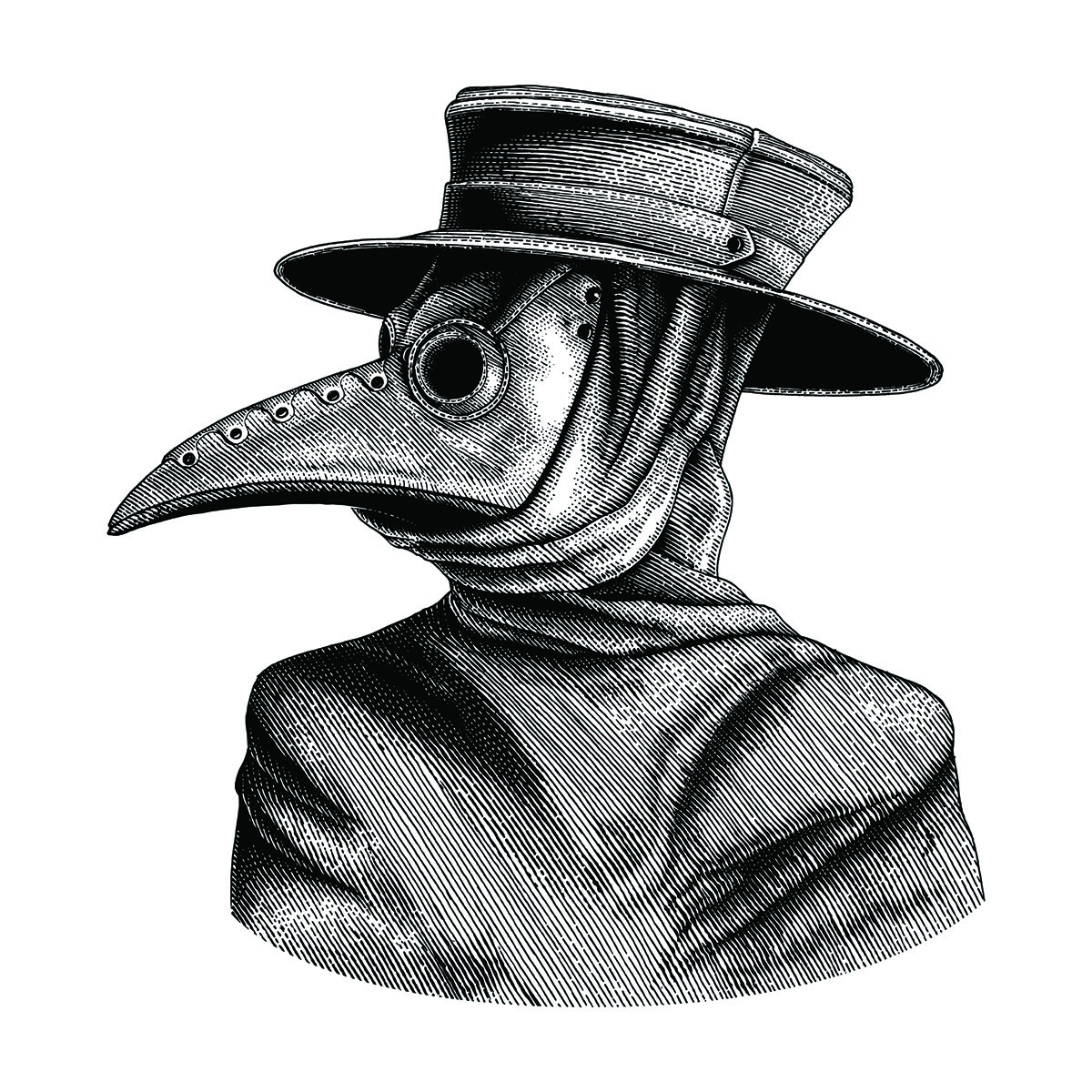 In 1350, the people who ruled over the precarious land were the Redmond Family. They rebuilt the castle and renamed it after themselves, the Redmond Hall.

That was the name it kept for hundreds of years. During that era, the Black Death swept across Europe, killing millions in what continued to be one of the most significant pandemics in human history.

But it would not protect them forever. The Redmond Family eventually fell to invaders in 1650, continuing the cycle that founded their land. 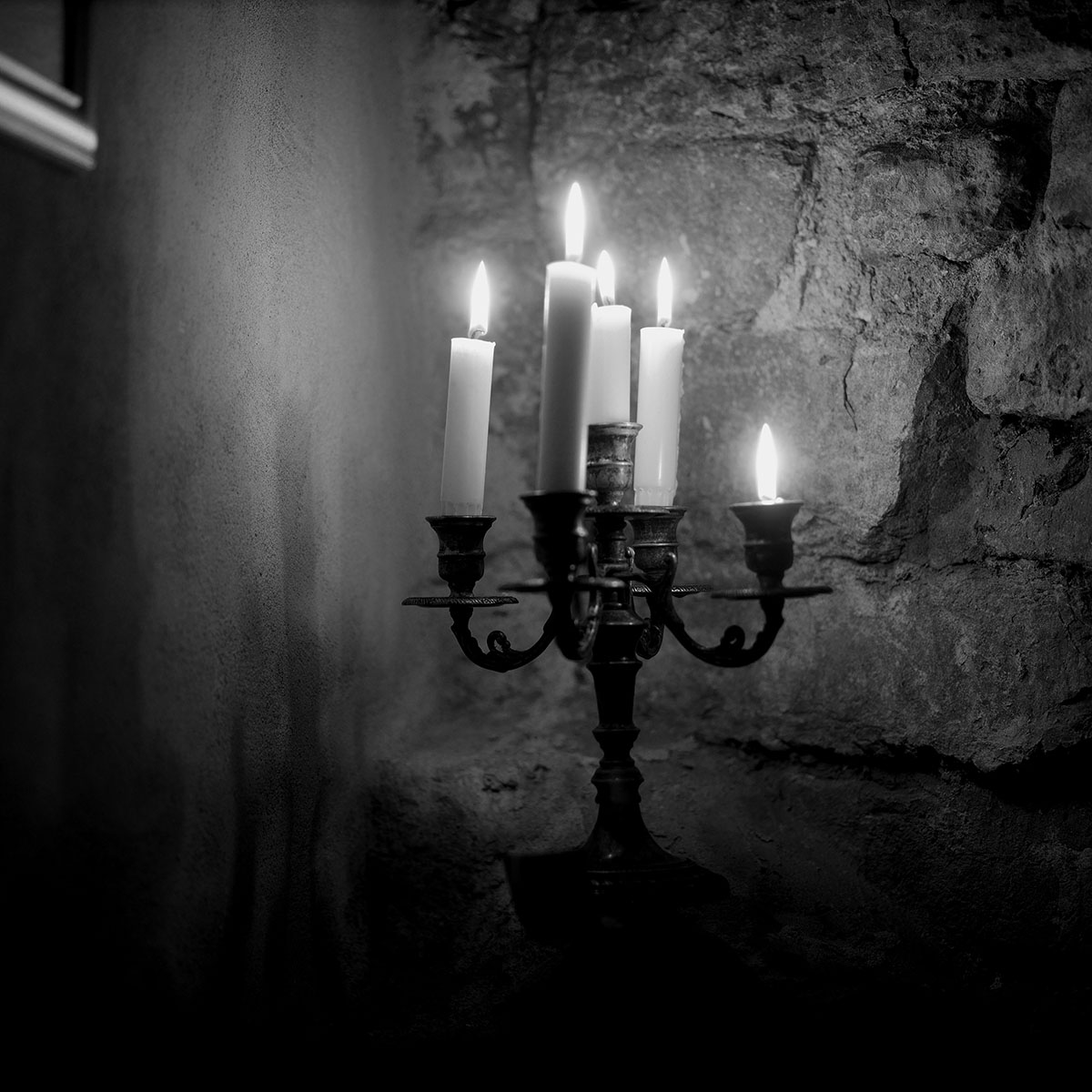 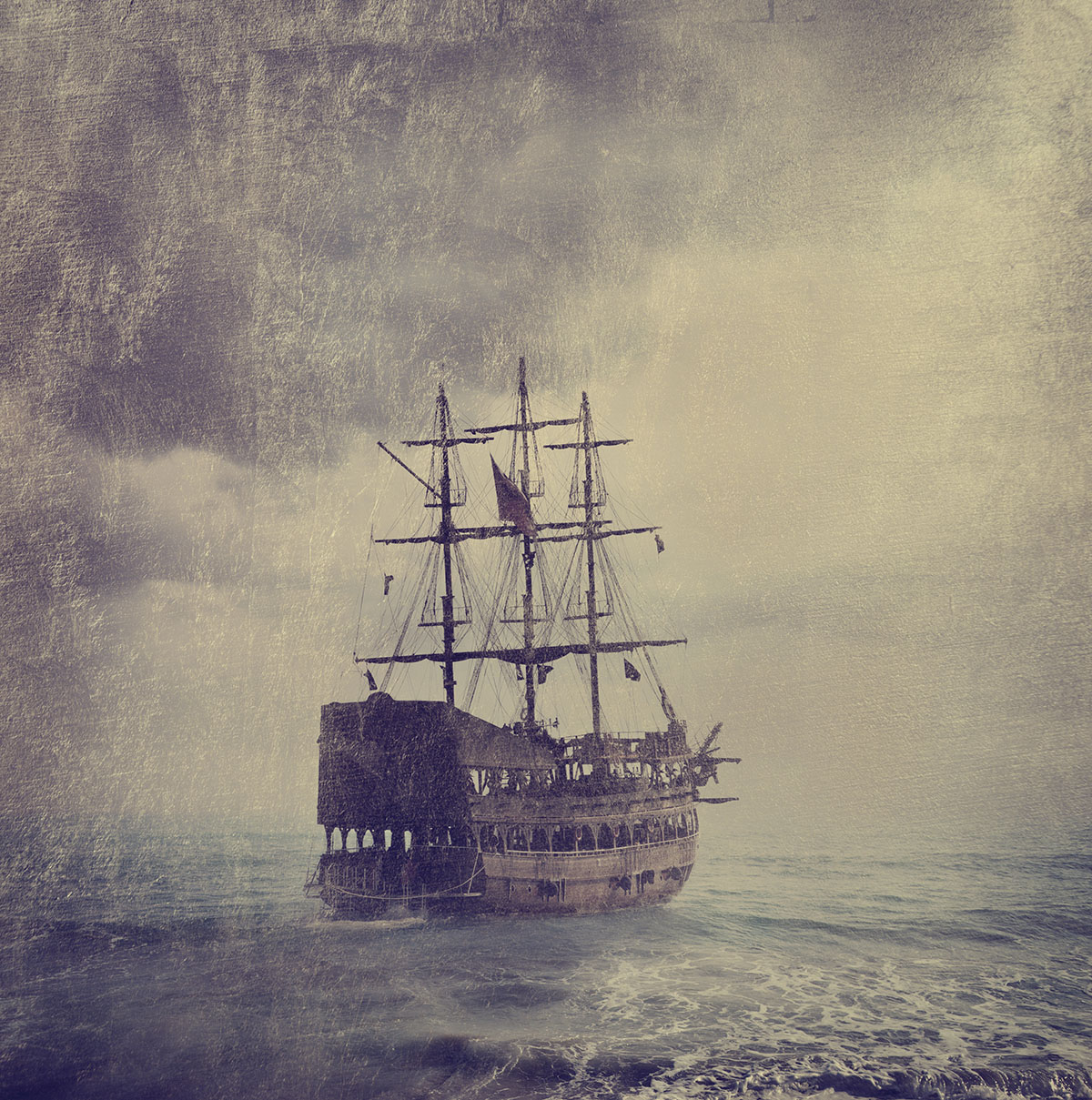 In 1775, a ship came ashore, and a man headed to the mansion requesting shelter during a stormy night. Charles welcomed him in while the rest of the Loftus Family was away. After introductions, the family and guest went to the game room to play cards.

It was a simple game where each player was dealt three cards, except Anne, who only received two. She noticed a menu on the floor, thinking it was hers, and bent down to pick it up. That was when she saw the man had cloven hooves for feet. 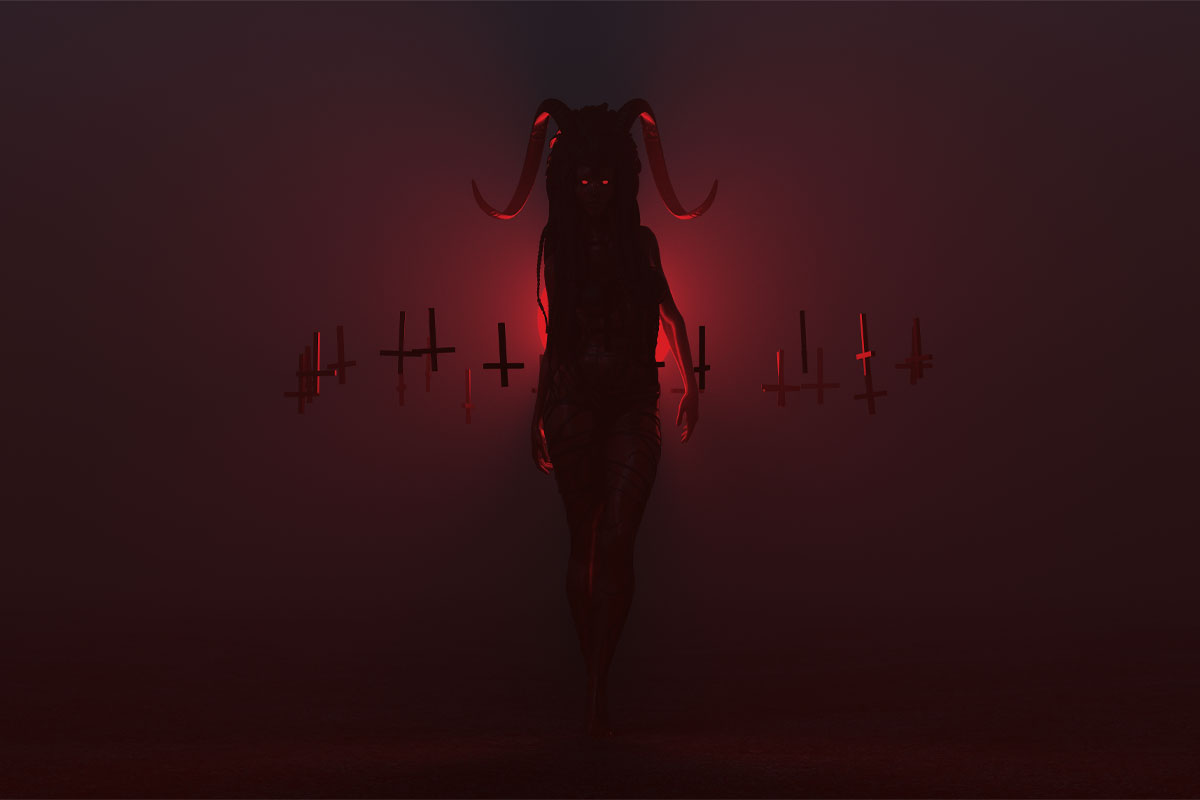 Anne shouted out about the stranger’s deformity, and in a flash, he transformed into a demonic figure. He revealed himself, Satan in the flesh, then turned into a fireball and blasted through the roof.

Even today, there is a scorched mark in the place where he was said to ascend. From that day forward, the family took in no other refuge and was haunted by strange activity. Most of which affected the daughter Anne. 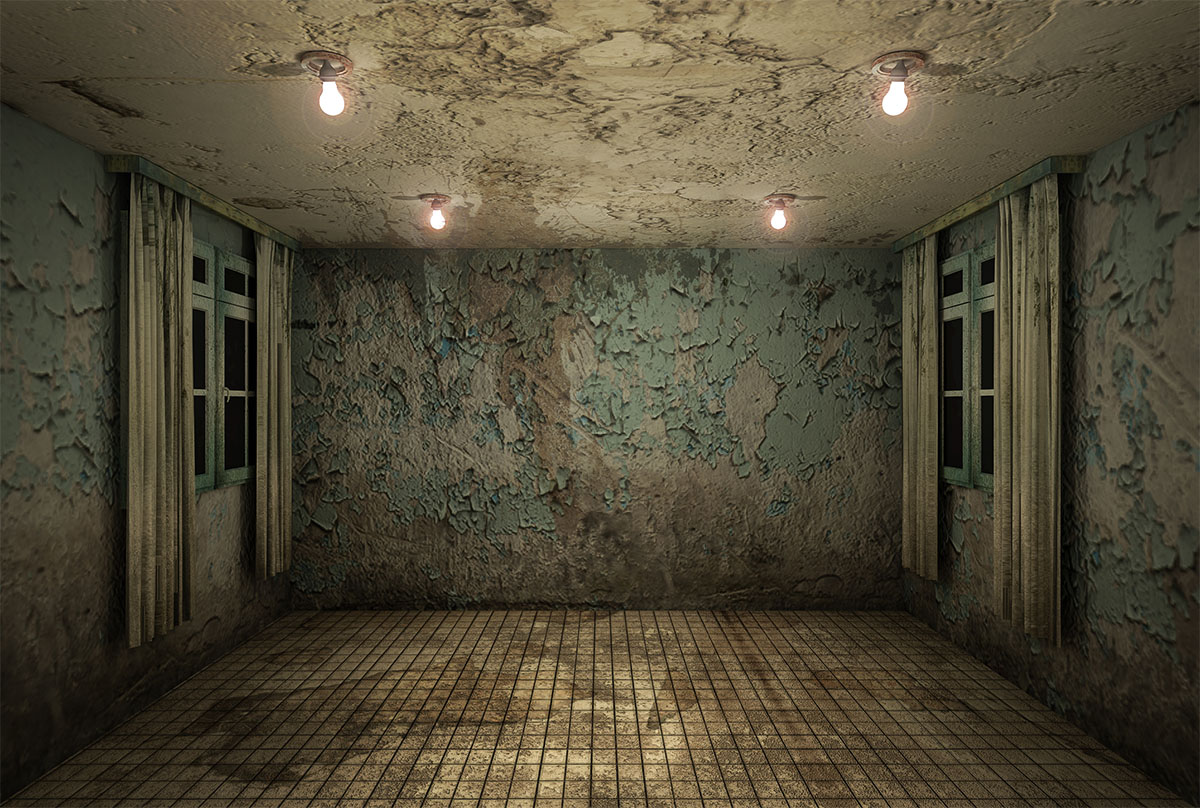 Anne’s mental state degraded rapidly. The family called in a priest to purify the home to no result and save Anne from her sleepless nightmares and panic. It was no good.

She couldn’t even leave the house. All they could do was lock her in her favorite room, called the Tapestry Room, and nurse her out of her bad health.

But she died regardless, and it’s said that she was tucked into a ball with her knees to her chin, and could not be straightened out at all, so she was buried in the fetal position.

The mansion still stood, and despite the ill news of its haunting, it continued to be occupied and maintained. Around 1870, work began to restore and renovate the mansion into the state that it currently holds.

During these renovations, skeletal remains were found hidden in the Tapestry Room walls—small bones of a child locked away not meant to be seen. The family did their best to cover it up, but the truth escaped regardless. 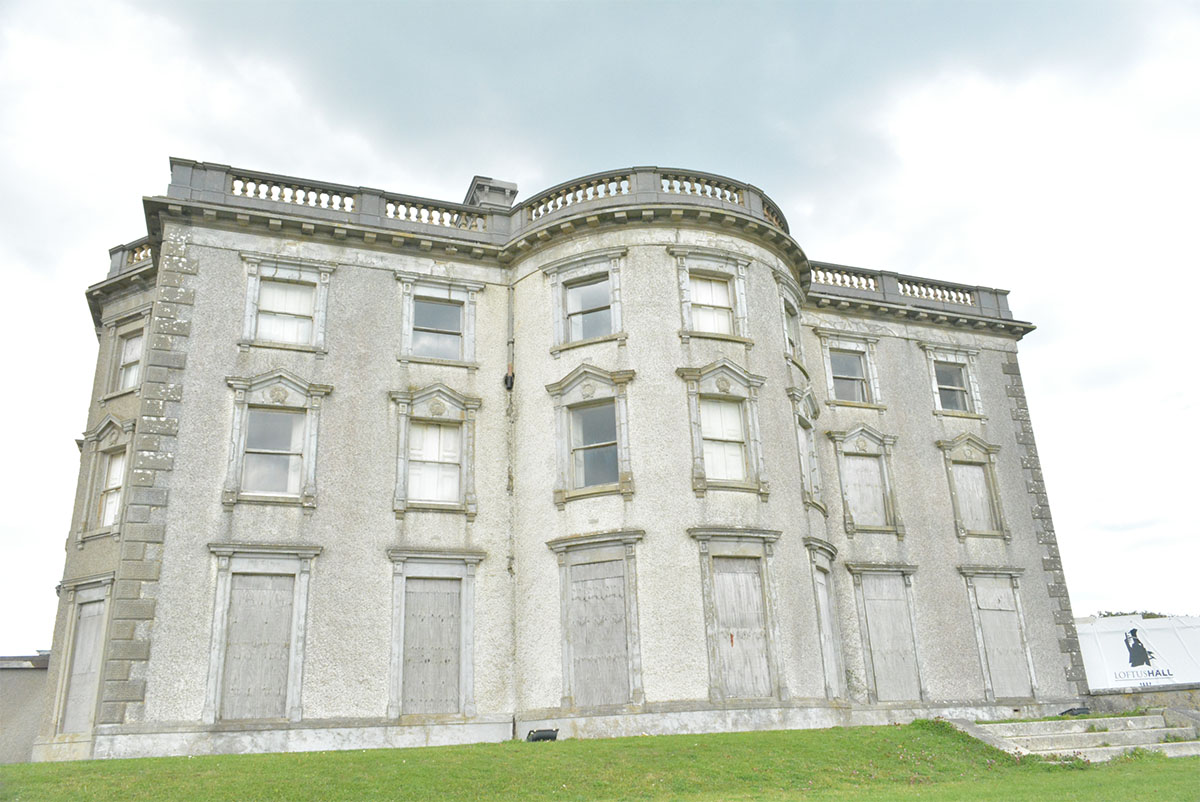 2 /10 The Haunted Chain Of Custody

Since then, little else happened. Once it was restored, it exchanged hands. After the last of the Loftus Family died, it went to the Benedictines, who occupied it briefly, and then it was turned into a convent school for young girls.

Then, when it was a hotel, the owners mysteriously disappeared without a trace. It became a site for satanic rituals while people abandoned it convinced the Devil’s power was still present.

As of 2011, the house was renovated by the Quigley family, who turned it into a tourist spot in the modern age. They exploited its dark history and haunted potential for those seeking to get closer to the supernatural world. Even then, more sightings occurred.

Ghost photographs and testimonials of haunted happenings by guests continued to propagate its legend. As of 2020, it has officially been placed on the market once again.

What evil will the house visit on its next owners? Perhaps a particular cloven-footed sailor will return to take residence in it too…