To judge by the pictures, the Turpins were one big happy family. A really big family with 13 children. All of them prisoners in their parents’ house. Here is their tragic story.

Louise and David Turpin were thought to be loving parents to their ever-growing brood.

Yes, there was something odd about the pale-skinned children the neighbors rarely saw, but not enough to raise the alarm. 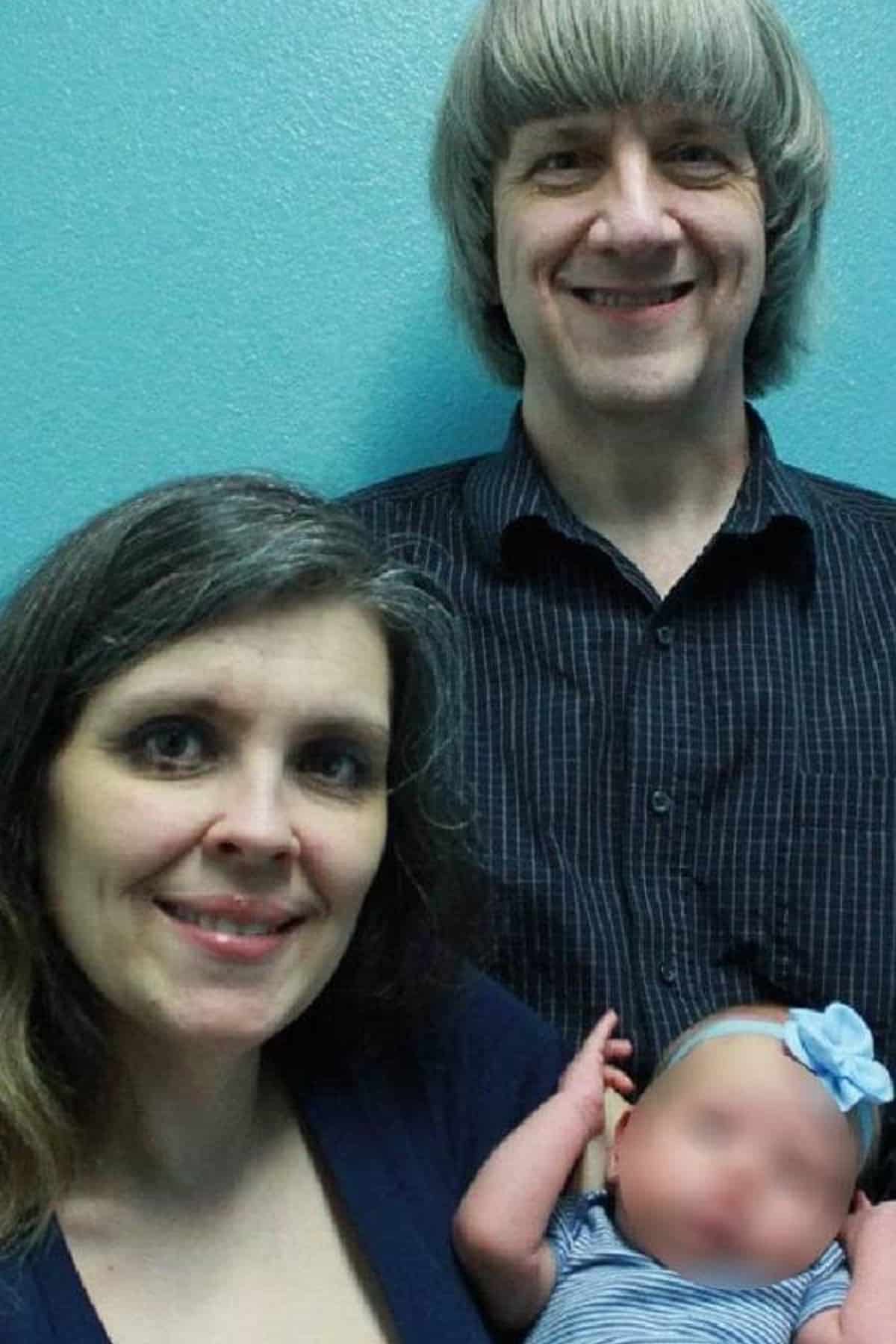 What happened inside the nice middle-class family home in Perris, near LA, only came to light when a 17-year old girl managed to escape.

January 2018. A girl calls the police to say her siblings are all prisoners in their parents’ house, with two of her sisters currently chained to their beds.

When the police arrived what they discovered inside the house beggared belief. There were 13 Turpin children in total with the eldest 29 and the youngest only 2.

All of them were visibly malnourished and some of them still bore the marks of their parents’ brutal punishments.

According to the police, the 29 years old woman only weighed 82 pounds. One 11-year old girl hand arms like an infant.

All the children presented stunted growth signs the result of their parents only allowing them one meal per day.

While the house looked nice on the outside, the children inside lived in terrible conditions. They were washed only once a year and they were locked in their rooms most of the time.

They had to beg to be allowed to use the bathroom and, unsurprisingly, some of the rooms were covered in feces and stains.

Their were frequently beaten for ‘disobeying’ their parents and sometimes locked in cages like animals.

As a matter of fact, the day the 17-year old raised the alarm, the police found a 22 boy, who didn’t really look his age, tied to his bed.

He was being punished for stealing food and being disrespectful. He explained that was not true, although that’s beside the point. One cannot imagine what it was like to be a grown man treated this way by his own parents.

Louise and David Turpin were arrested and all the children were sent to the hospital for medical evaluation.

Pictures Of A Loving Family

Louise and David Turpin were not some sort of religious nuts who shunned modern society and it is unclear if the children were ever s*xually abused.

They behaved like normal people and would regularly share carefully-staged photos of their children on social media.

They even took the children on trips to Disneyland or Las Vegas. There’s one striking detail in those pictures.

The children always wear identical outfits, which is only cute when you have twins and only up to a certain age.

The identical outfits are meant to discourage the children from developing their own personality or any personality at all.

In one ‘cute’ family photo the inscriptions on their T-shirts read ‘Thing 1’, ‘Thing 2’, and so on. 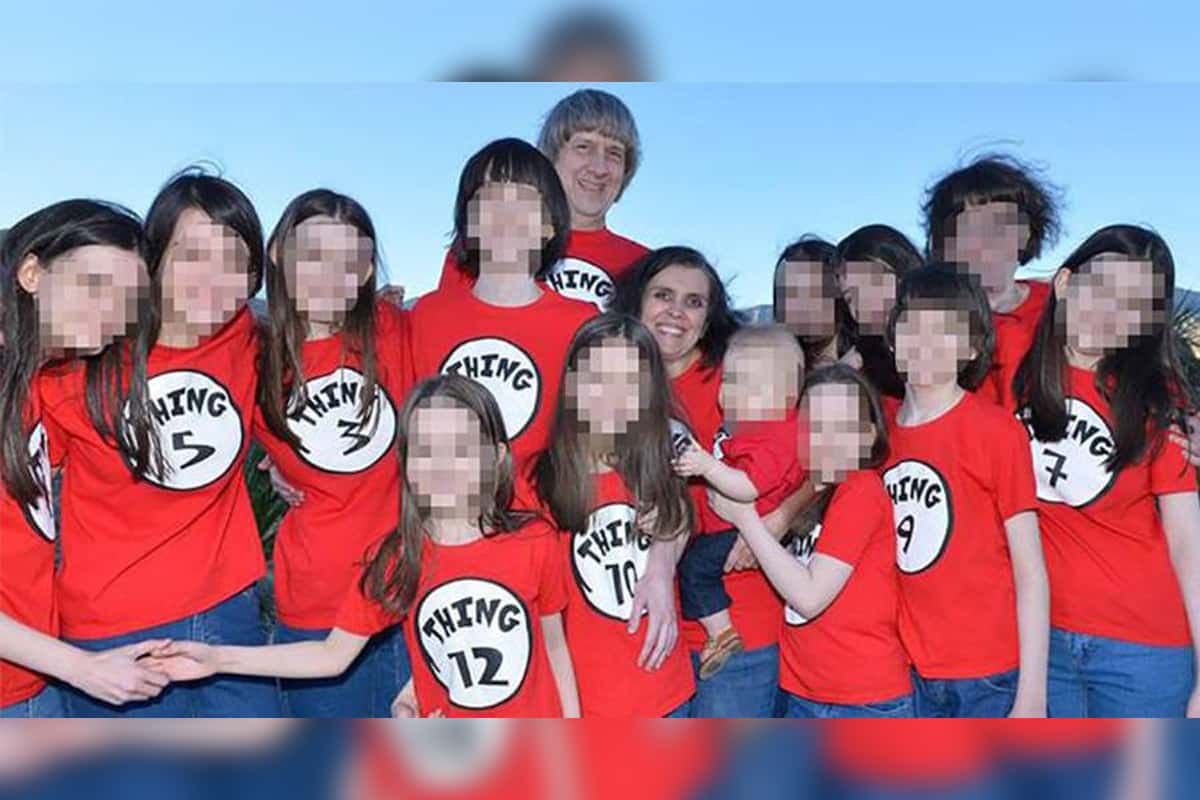 That’s what they were to their parents, things. Not real human beings. They went by numbers, like inmates. Other than those rare outings there was little joy in the Turpin children’s lives.

They were supposedly home-schooled, although there’s little proof the parents actually cared about their education. They were not allowed toys or games like normal children and did not have any friends.

How would they even make friends when they were not allowed anywhere? At the time of the shocking discovery, their grandmother hadn’t seen them in five years.

At the time of their arrest, the media put the spotlight on Louise Turpin, as is natural, she was the mother, she was supposed to look after her children’s well-being and she did nothing.

Louse Turpin was born in 1968 and had other five siblings. Her father, Wayne Phyllis, was a preacher and as it emerged at the trial, all the girls in the family were s*xually abused.

She met David Turpin when she was only 16. He was 24 and convinced her to run away with him to Texas. When the police brought them back, her father gave his consent for them to get married.

Soon enough the first child arrived. The Turpins changed house several times and did not keep in contact much with her folks.

When her parents passed away in 2016 she did not attend their funerals, such was the hatred she had for them.

It is often said that abused children grow up to be abusive parents themselves and this appears to be the case with Louise Turpin.

However, after her arrest two of her sisters came forward to say they’d suffered much worse than Louise and grew up to become loving parents who’d never do such horrible things to their children.

“We were all s*xually abused going up. But Louise got the least of it because she got married (at 16) and moved away. It’s no excuse…Our sister and I faced a lot worse, and we didn’t abuse our children” her sister Elizabeth Flores said in an interview.

Another sister, Teresa Robinette, explained that their mother sold the girls to a rich pedophile. 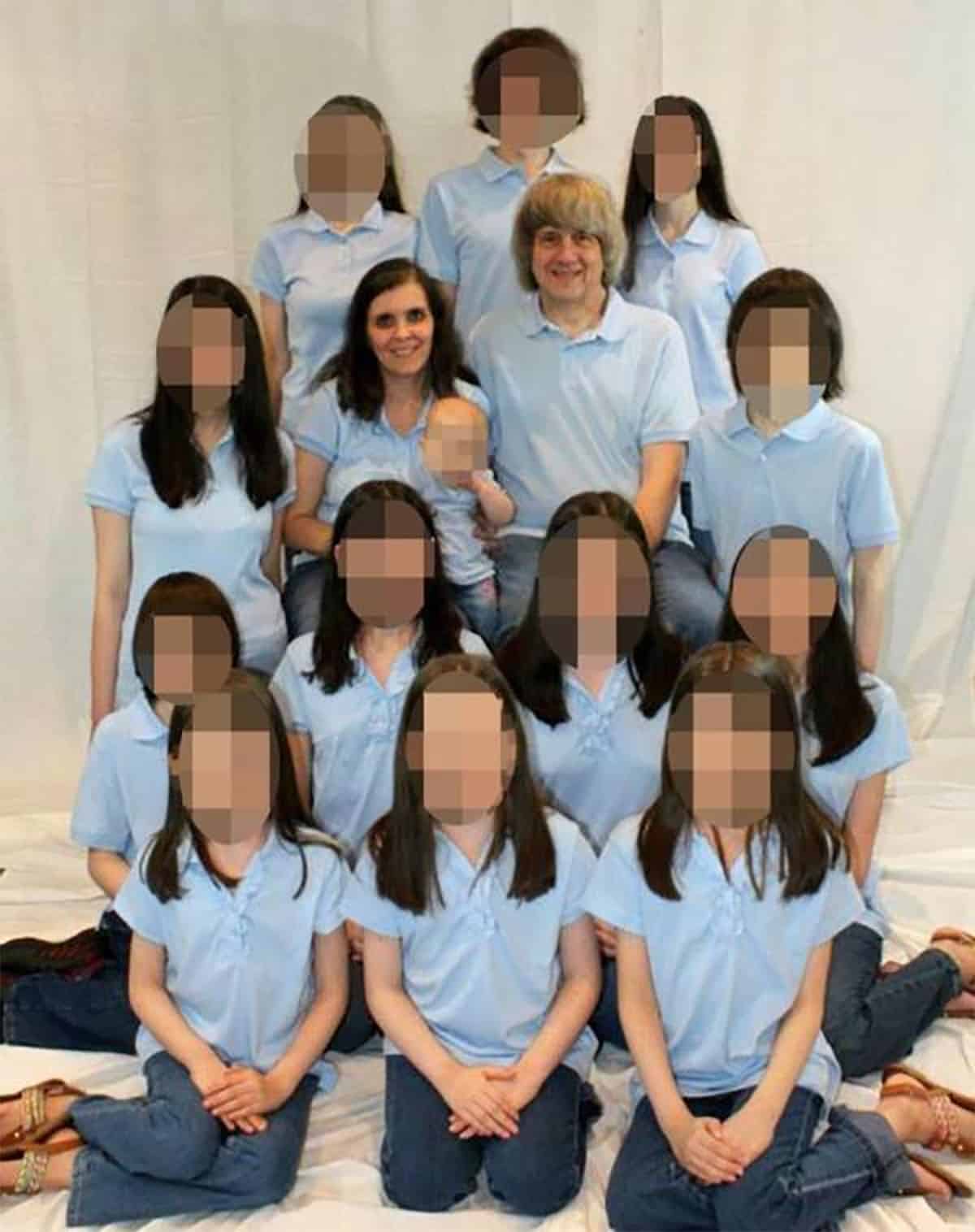 “He would slip money into my hand as he molested me. I can still feel his breath on my neck as he whispered ‘be quiet.’”

The girls would beg their mother to make it stop, but the woman replied she had to feed and clothe them.

In her opinion, Louise suffered a great deal and this destroyed her self-confidence. However, the way she later treated her own children was inexcusable. ‘Louise and David are dead to me’, she said.

A Chance At A Normal Life

If there’s one good thing Louise and David Turpin did for their children it was to plead guilty to 14 felony counts, including cruelty to an adult dependent, child cruelty, torture, and false imprisonment.

They were both sentenced to life in jail. This way the traumatized children were spared the torture of a public trial and were allowed to begin their rehabilitation as soon as possible.

They spent weeks in hospitals and the minors were later placed in foster care. Some of the older children live independently and have jobs now.

Louise and David Turpin will be eligible for parole after 25 years, although due to the nature of their crimes they won’t probably ever be released.