by Factionary 5 months ago1 month ago
13.2Kviews

Marilyn Monroe was the heartthrob of the media industry of the 1950s and the early 1960s. The famous American model, singer, and actress gained acclamation for playing the “blonde bombshell” comedic characters.

She became the era’s emblem of the reforming attitudes towards s*xuality. Much evident in her work and her style was her daringness, her boldness, and her courage in embracing her s*xuality openly while encouraging the female population to do the same.

Here are some of the looks Monroe flaunted over the years. 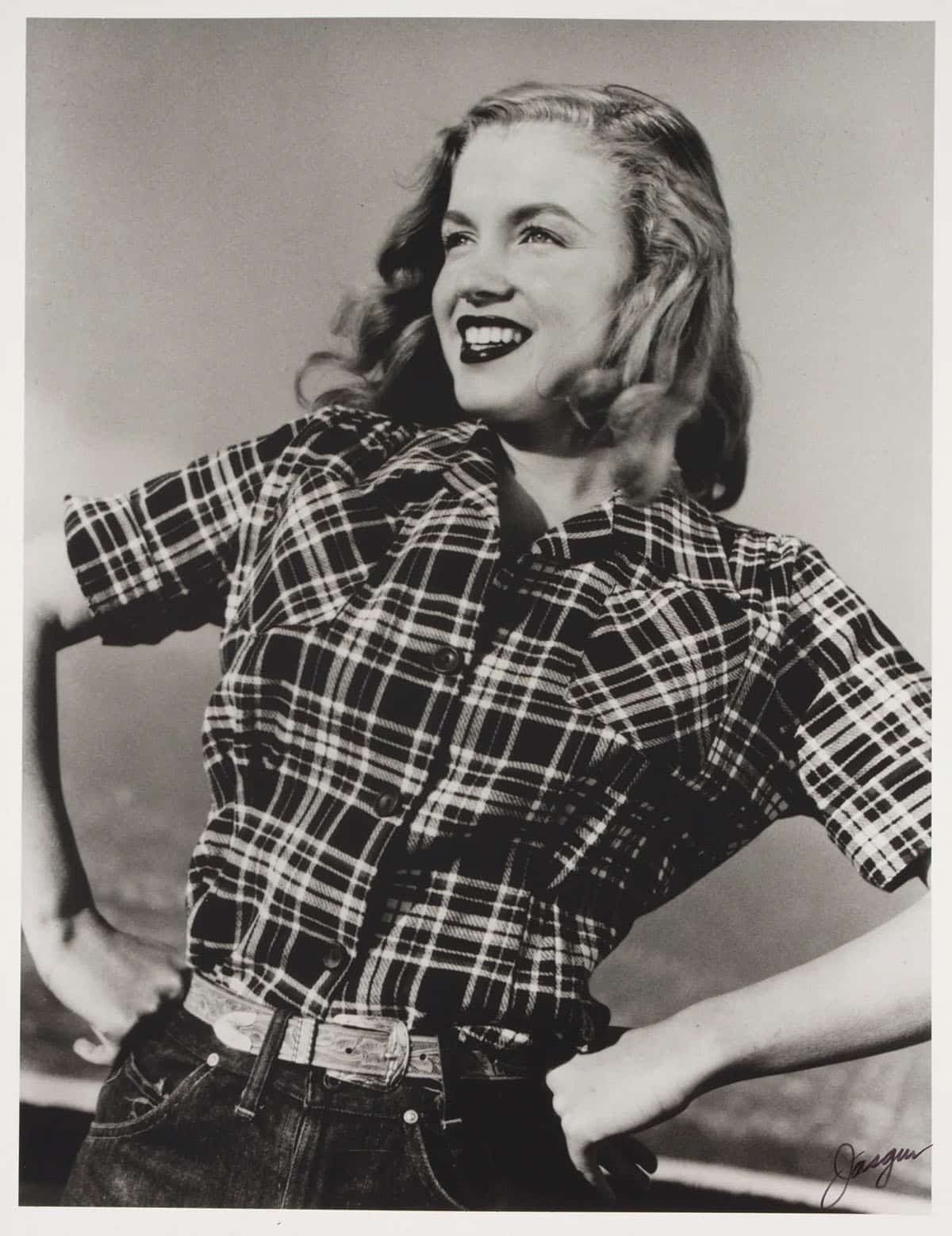 In 1946, Norma Jean Dougherty adopted the name, Marilyn Monroe. Monroe looks radiant and glowingly happy in her new identity in the year 1946. 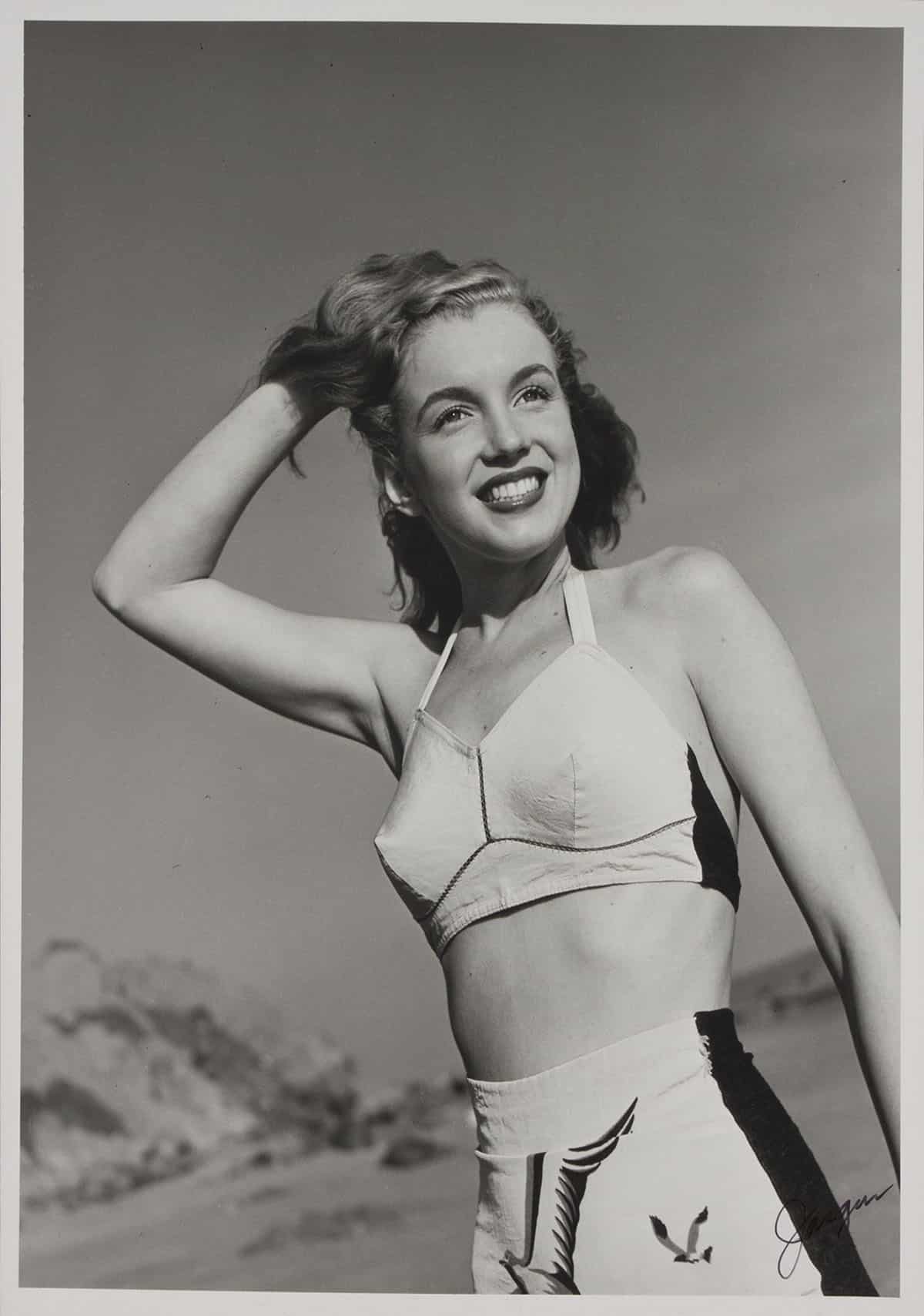 Marilyn Monroe was born as Norma Jean Dougherty. She was an orphanage who spent the majority of her childhood in foster homes. Here is an image after the beautiful model, actress, and singer soon became Marilyn Monroe. 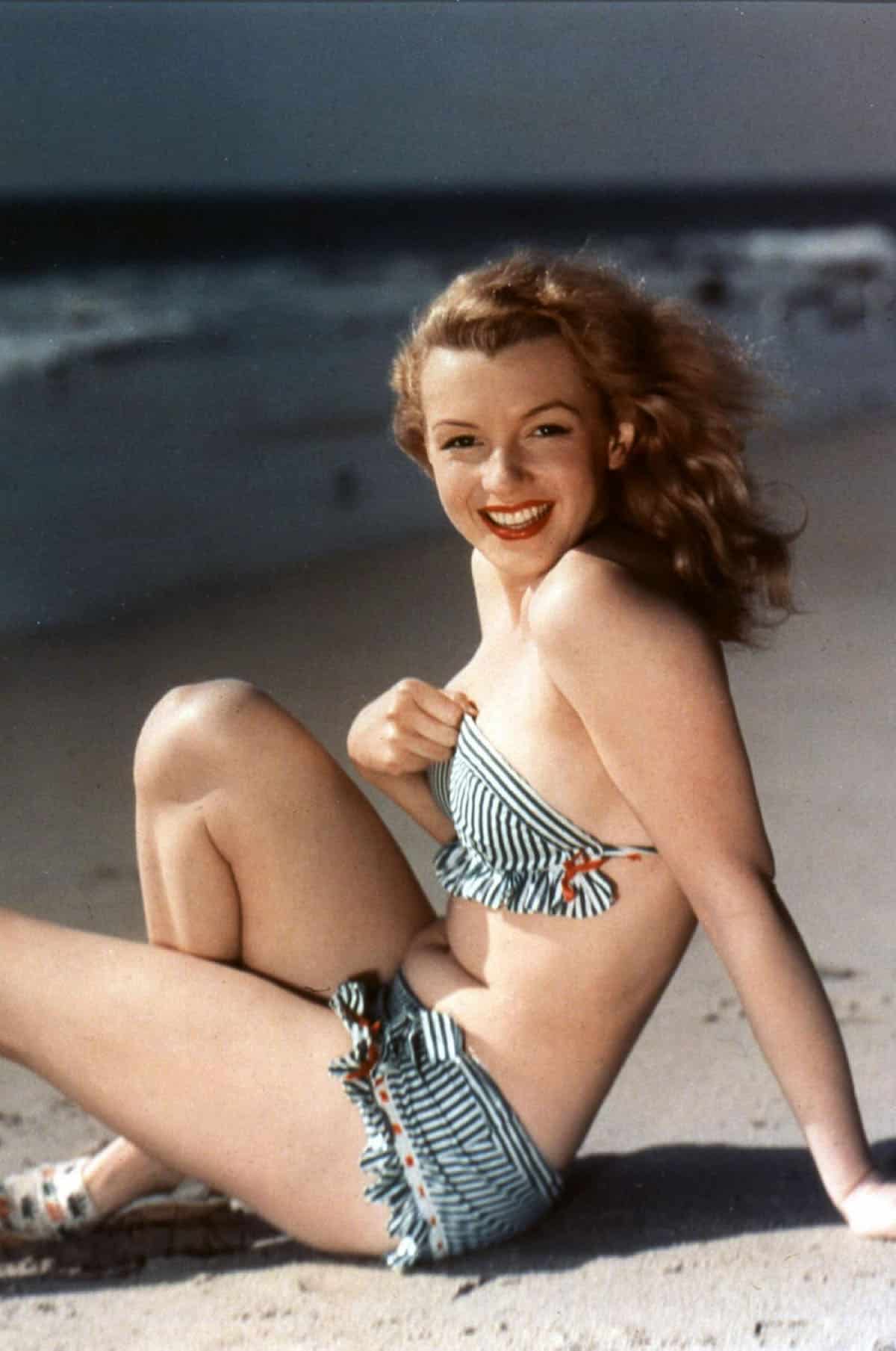 Marilyn’s modeling career was gaining momentum, as was her acting profession with early roles in the year 1949. Here is a photo of Marilyn posing on the beach during her modeling career. 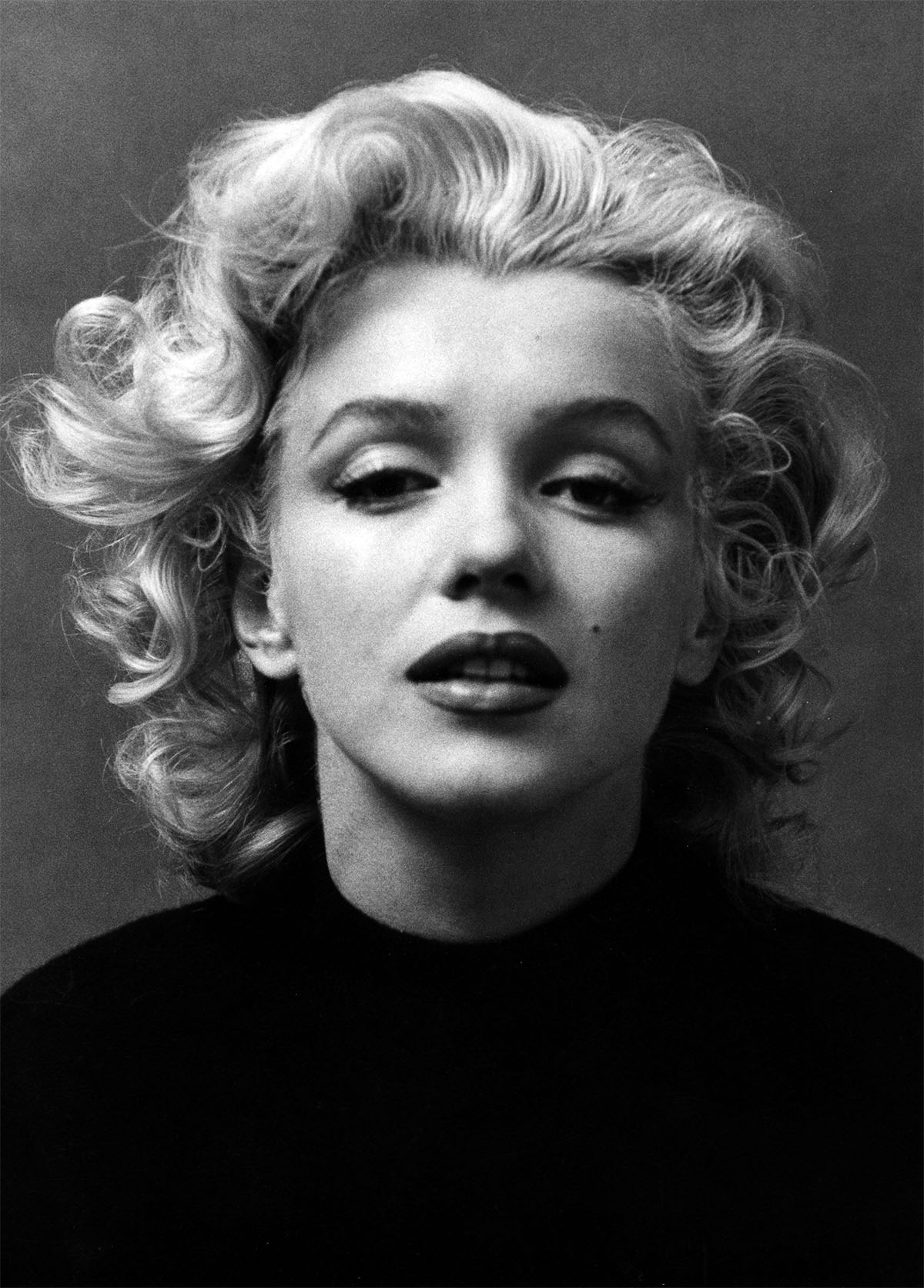 Marilyn Monroe won an award at the Golden Globe Henrietta awards in 1953. She scored the medal for the World Film favorite female. 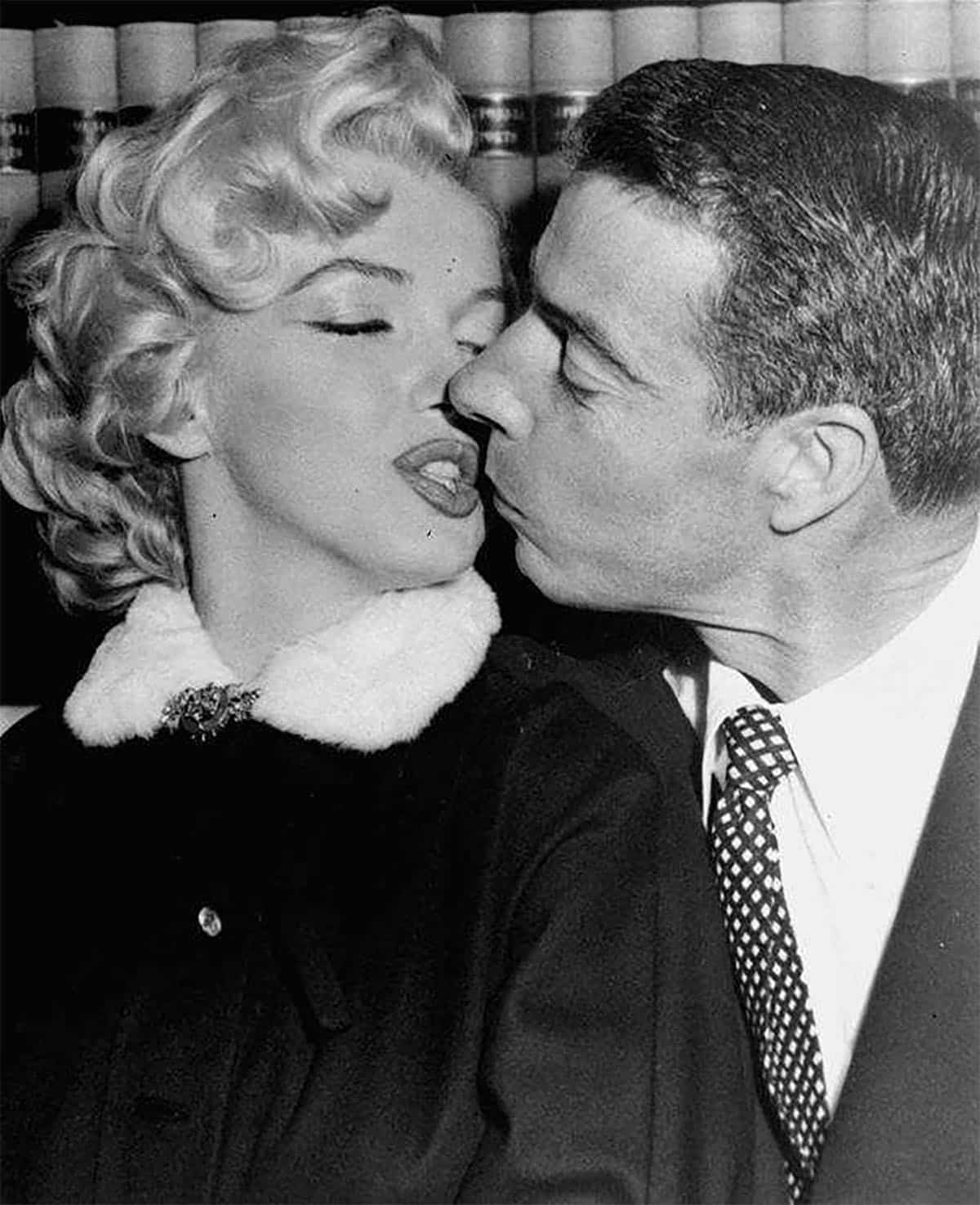 At the age of 28 in 1954, Marilyn Monroe married Joe DiMaggio. This image is a testimony of the blazing romance between the couple, as they wait outside the judge’s chambers. 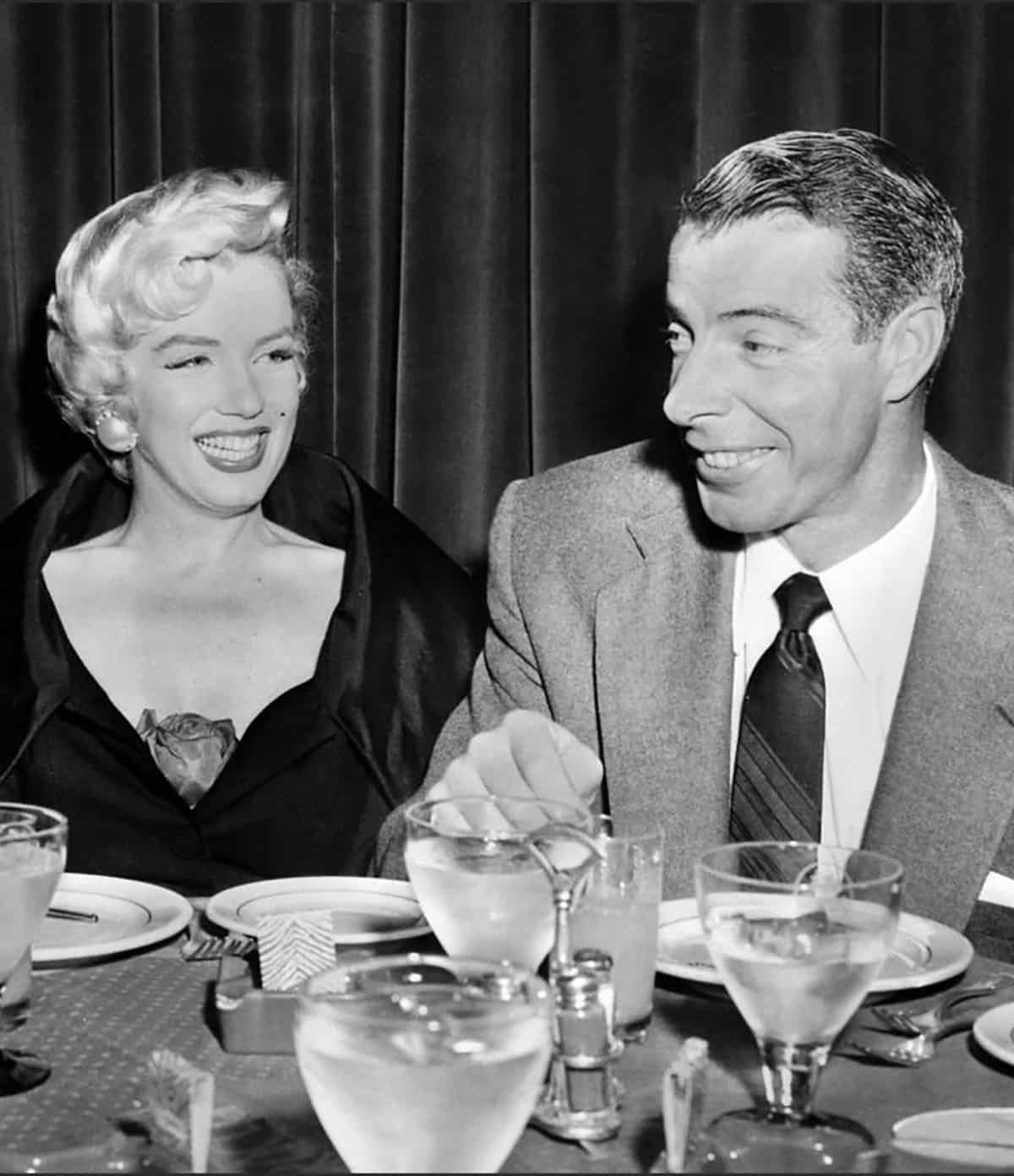 The couple parted ways just 274 days after their marriage, soon after Monroe cited mental cruelty in her petition for a divorce. 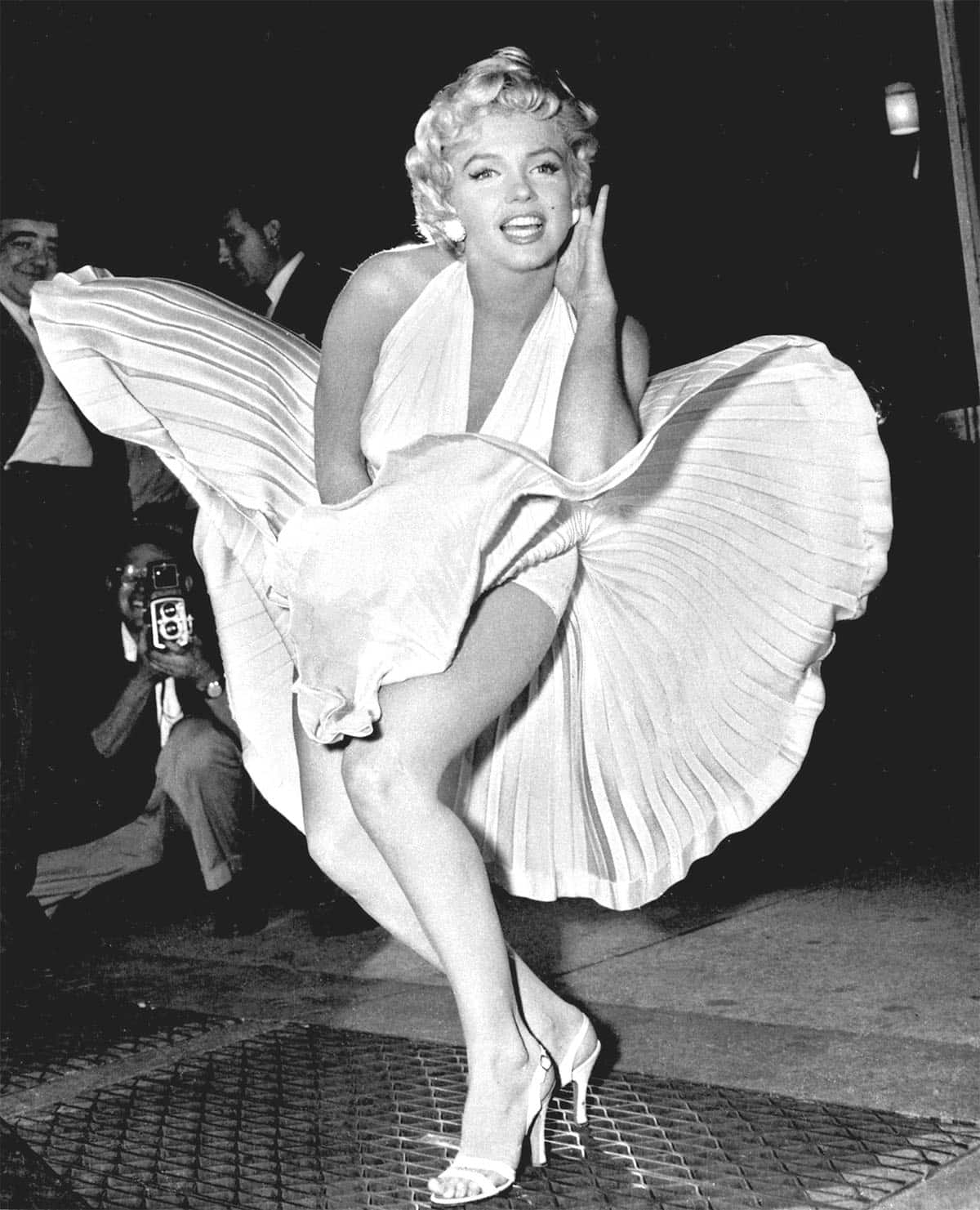 Marilyn shows the world she was no dummy despite being a blonde. Her image came in support of a new study disregarding the concept of blondes being dummies. 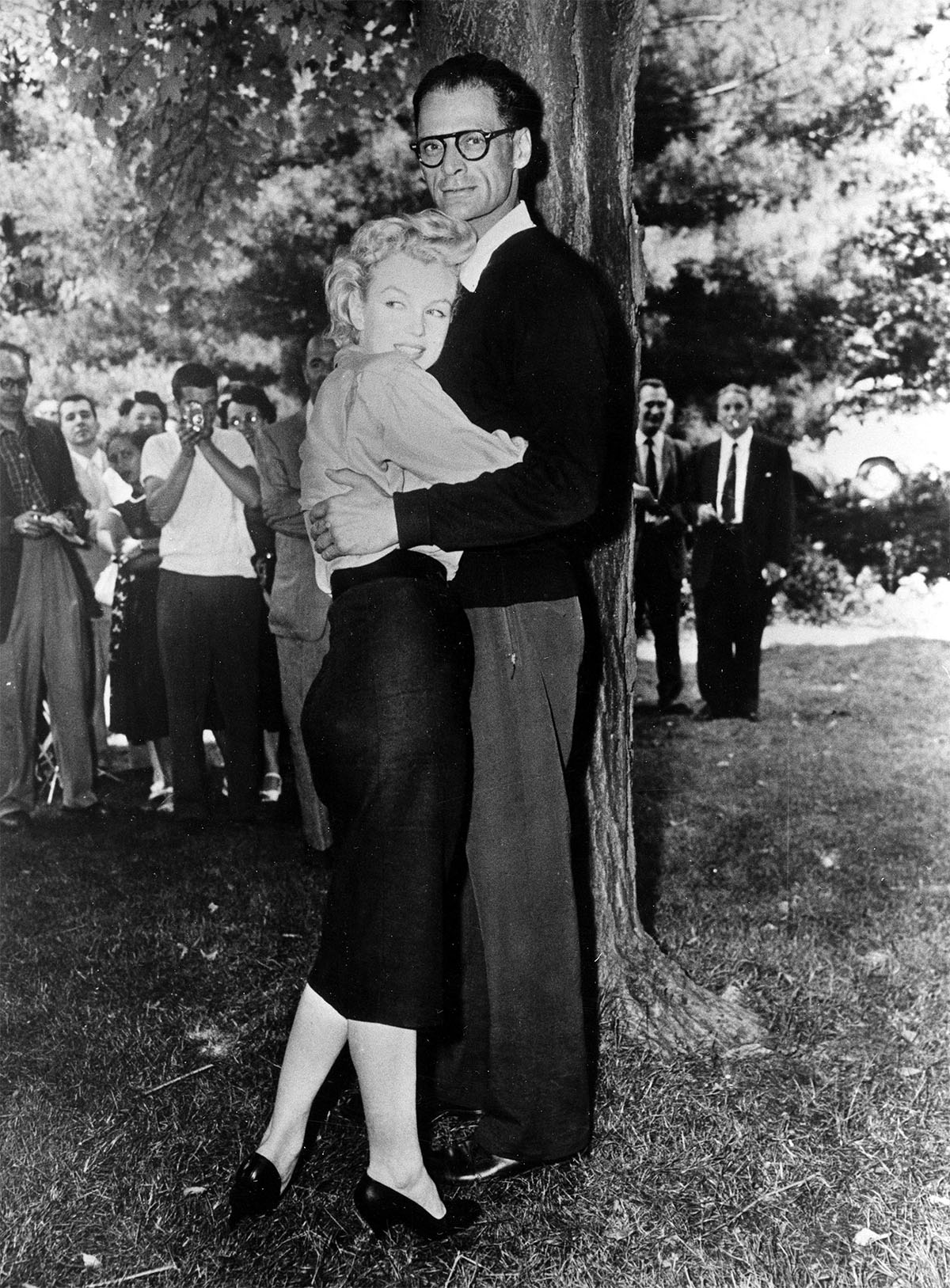 At the age of 30, Marilyn Monroe fell in love for the second time with playwright Arthur Miller. This image shows the lawn of Arthur Miller’s home. The couple was married several hours after this image, on 29th June, 1956. 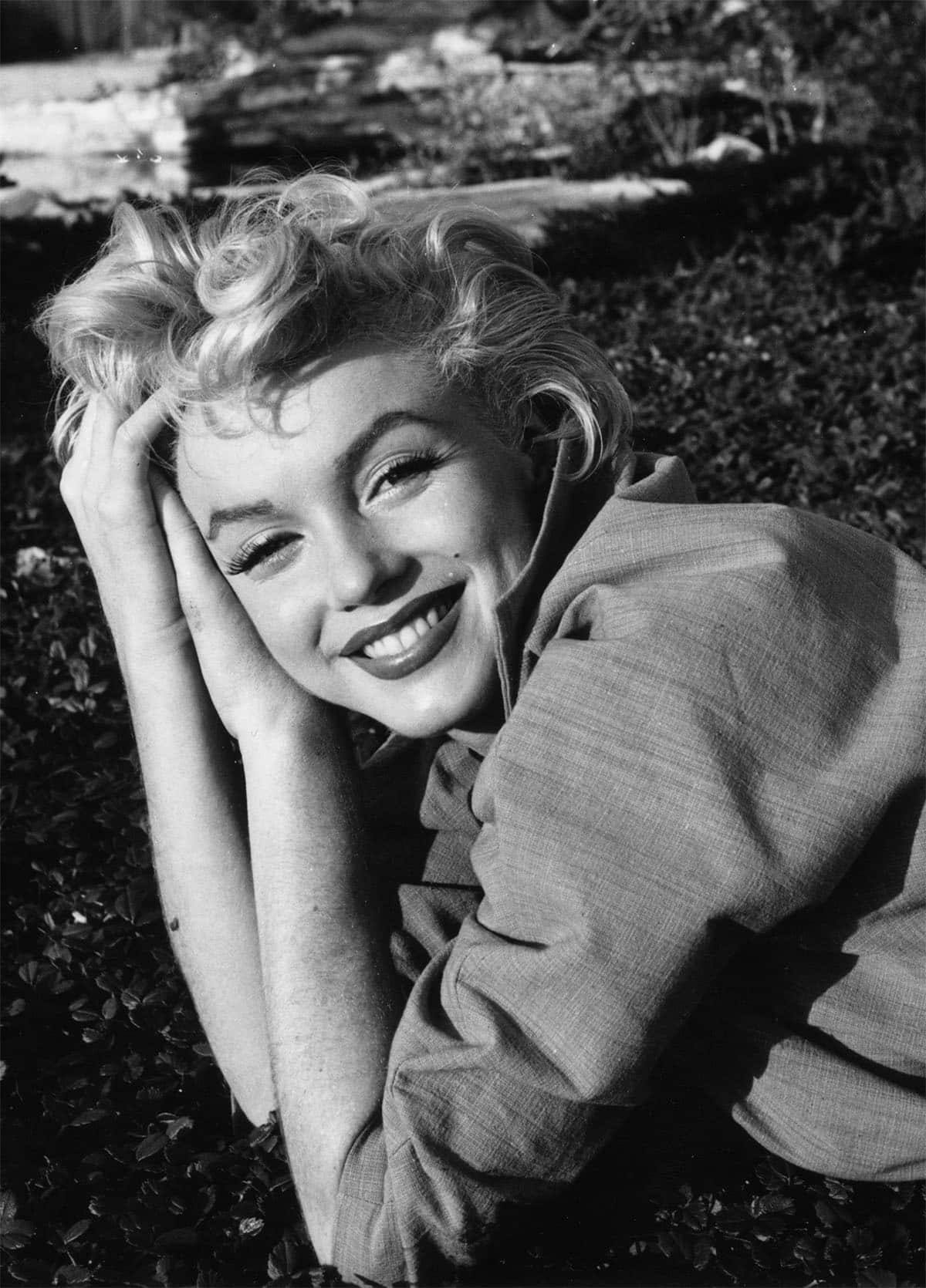 Marilyn Monroe passed away in the year 1962, on 5th August at the age of 36. This image is from her final ones just before she died. 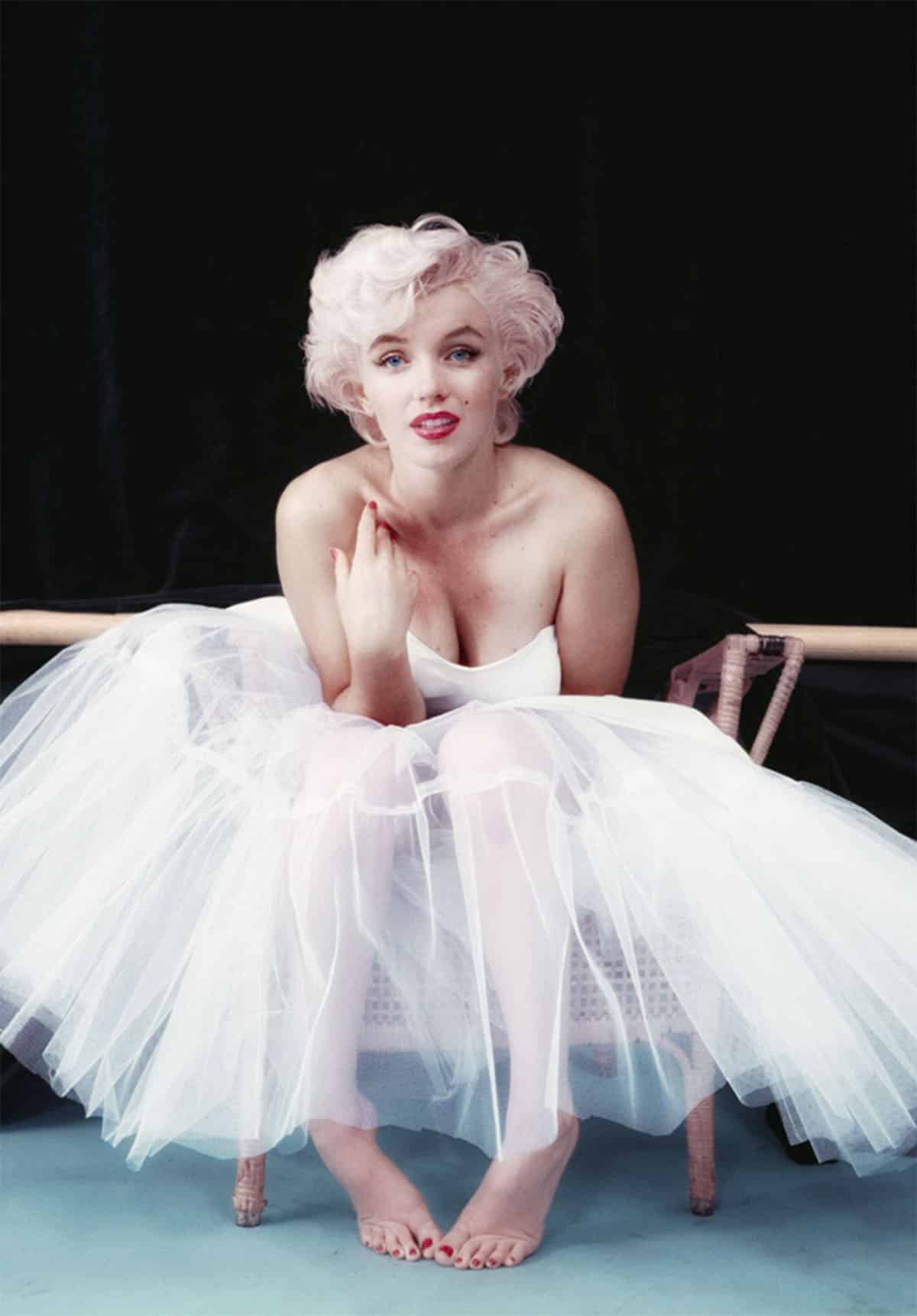 1 10.Monroe Poses As A Ballerina

Marilyn Monroe poses strikingly as a ballerina in this image. Milton Greene flawlessly captured the beauty and radiance that Monroe was generously blessed with by nature.

Marilyn Monroe saw the better part of her childhood is twelve different foster homes. She escaped the foster system when she married James Dougherty. She was an acclaimed model, actress, singer, and a symbol of s*xuality during her time.

Marilyn Monroe’s colorful life and successful career came prematurely to an end with her death in 1962 at the age of 36. The cause of her death was an overdose of barbiturates. However, her flawless beauty and vibrant character remain unparalleled even in this era.