by Factionary 2 weeks ago2 days ago
100views

It is true that storylines in many TV series exist only in the fictional world. At the opening or closing credit, viewers are reminded everything is fake and that any similarity in characters’ names or events are purely coincidental.

Even if the series is based on a true story, there are bound to be some dramatizations to make it more entertaining and attractive.

It happens in many types of scene such as a fist fight, shootout, deaths, injuries, and of course romantic relationships.

When it comes a storyline involving courtship, fictional series have the freedom to take somewhat bizarre route of pairing a very young actor with a much older counterpart.

Guaranteed such a relationship happens quite a lot in real life, but many viewers still cannot stop wondering if the decision is ideal, controversial, or outright inappropriate.

You have seen quite a lot of cringe-worthy age gaps on many different TV series over the year, and the following are arguably the most uncomfortable to watch. 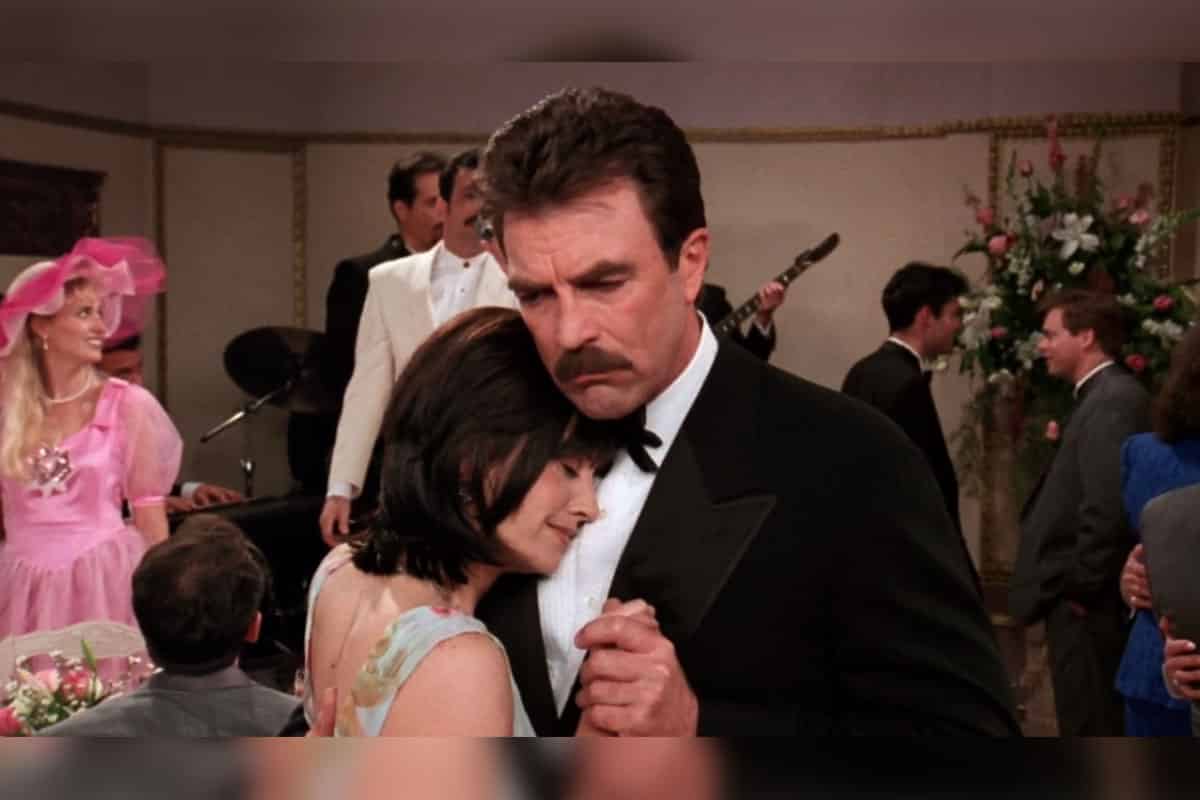 One of the most recurring themes on Friends is the ups and downs of a love relationship. Ross and Rachel have that, and the same thing applies to Chandler and Monica.

As for Phoebe and Joey, they too share similar events with their respective love interests.

If you are only a casual viewer of the re-run, perhaps you don’t know that at a time Monica is involved in a romantic relationship with a man named Richard (portrayed by Tom Selleck).

On their first date, Richard actually says he is a-whole-person-who-can-drink older than Monica. 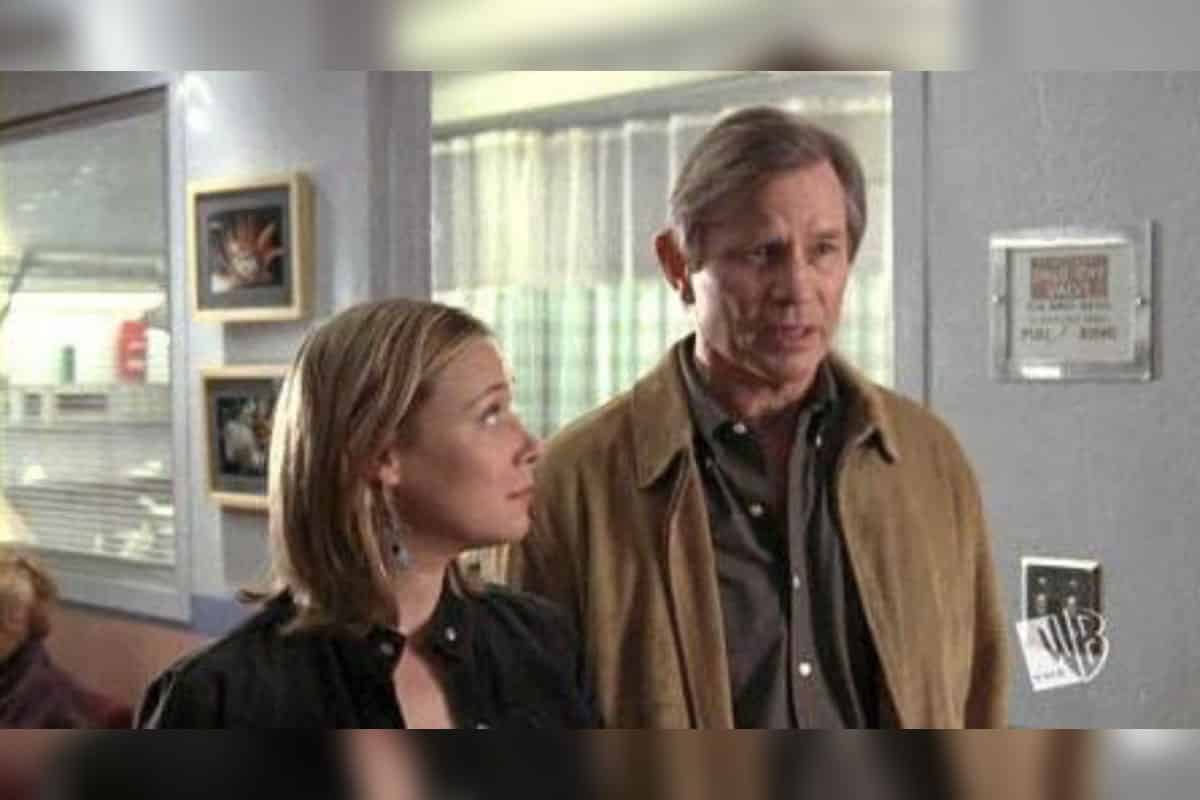 It is who Rory’s grandfather who introduces Asher to Paris. Here are some important notes: Rory is Paris’ high school classmate, while Asher was the grandfather’s classmate; so you do the math.

Despite the uncomfortable age gap, Asher and Paris developed a rather serious romantic relationship during her first year at Yale.

Remember that Asher is a professor at the university. In the series, the relationship has positive impact of Paris; in an interview with Cosmopolitan, Liza Weil – who portrays Paris – says the relationship is well-handed and that it warms her character. 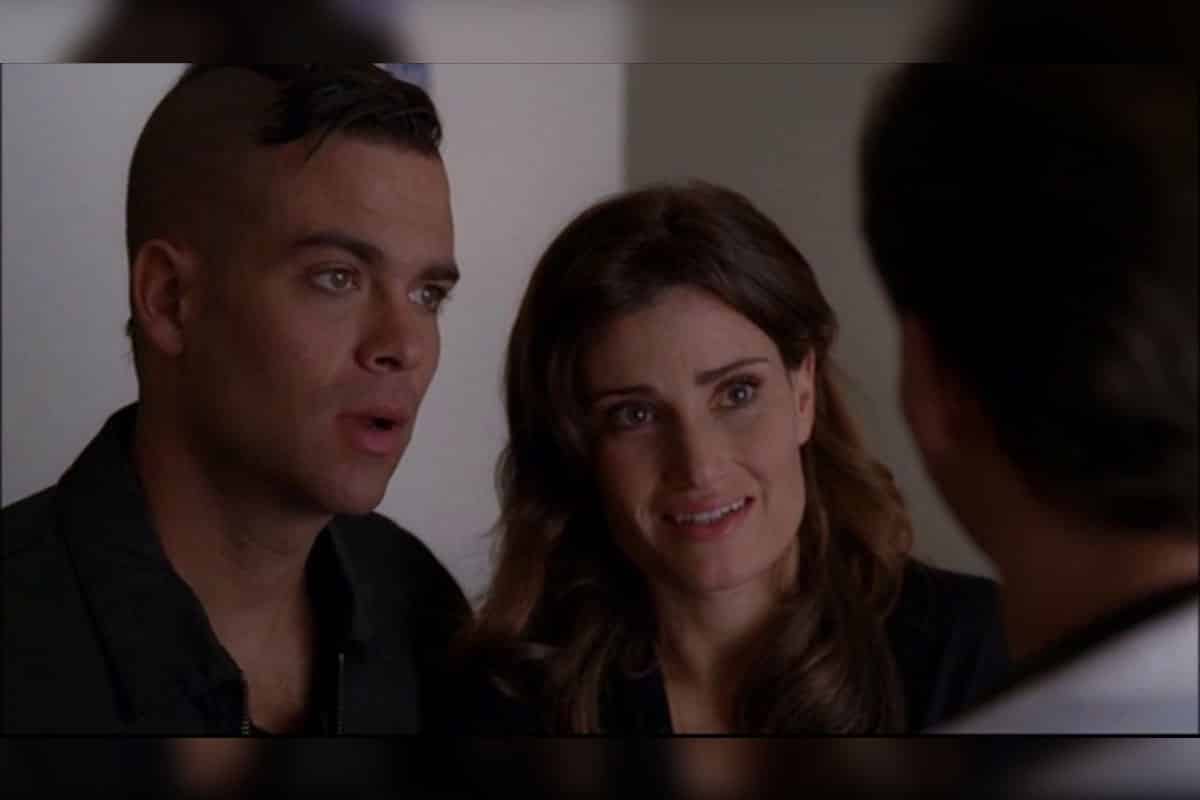 At a time when the storylines start to get easier to digest on Glee, fans are surprised to figure out Puck has a feeling for Shelby.

Instead of getting much simpler, the whole premise gets a lot more complicated because Shelby adopts Puck’s daughter (from his previous relationship with Quinn).

For a short while prior to his current relationship, Puck actually had a romantic thing going on with another club member of glee named Rachel, who is Shelby’s daughter.

Bottom line is, Puck dating Shelby is like a young man dating a woman old enough to be his mother. It sounds like a real complicated story revolving around Puck, because it indeed is. 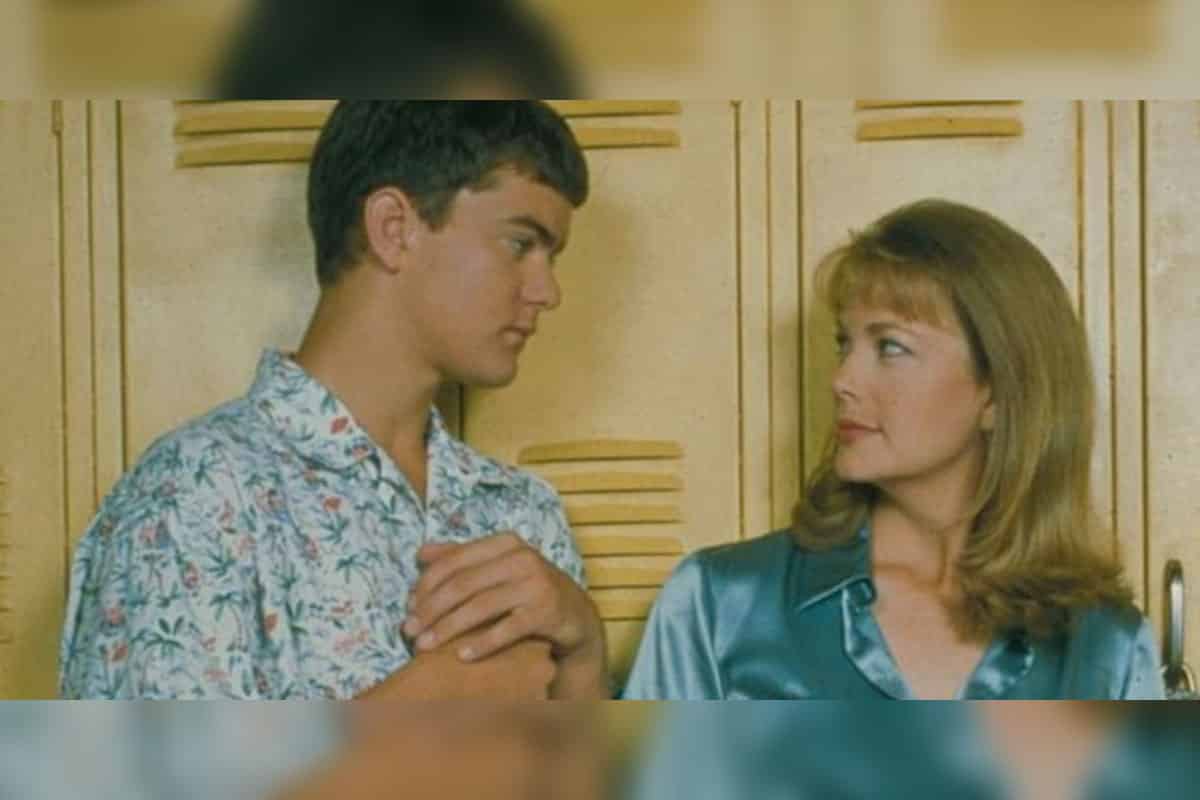 Right from the first episode, Dawson’s Creek jumps right into the drama.

Pacey meets with his English teacher at a video store where he works, and falls in love with her.

A little later on, the teacher Tamara Jacobs gives Pacey what he wants, and so they have s*x.

Put in mind that Pacey is only a 15-year-old boy, while his teacher is already in her late 30s or early 40s.

ome will say it is an obvious form of s*x abuse on her part. 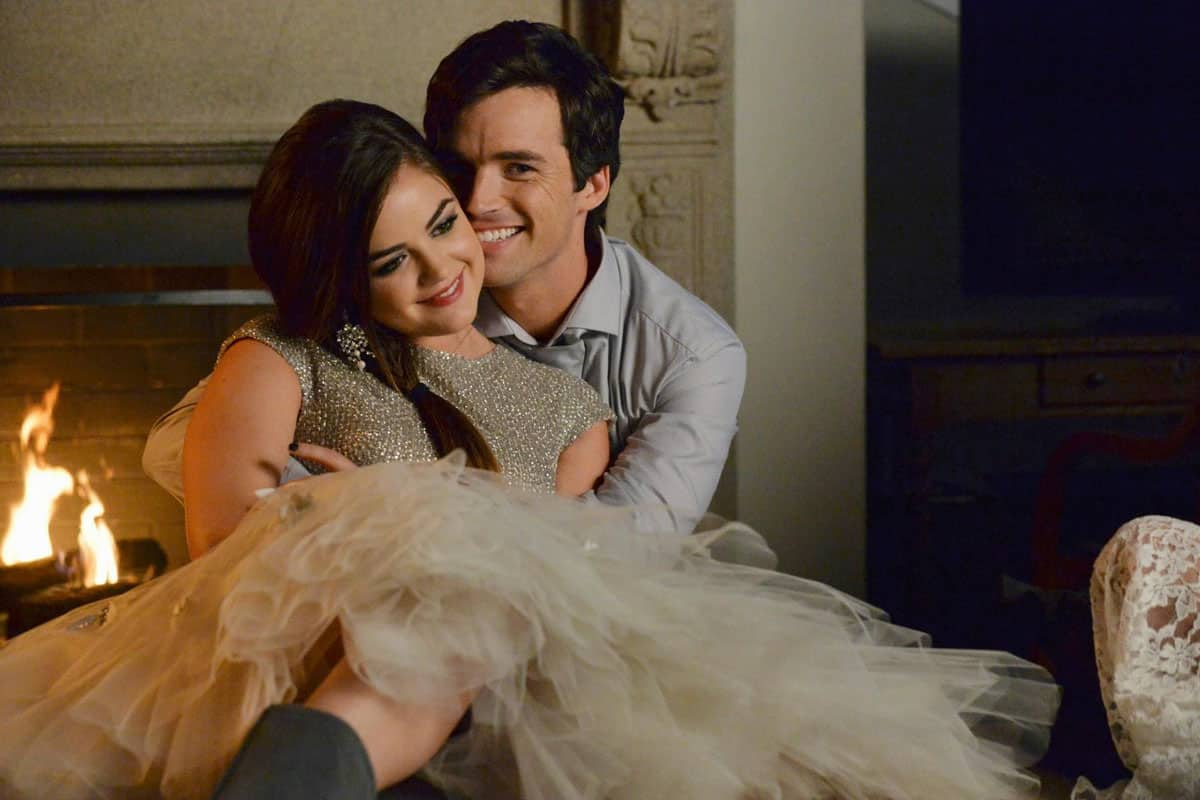 Soon after graduating from college, Ezra lands his first job as a teacher.

On the other hand Aria is in the later years of high school.

It is pretty clear that the new teacher specifically targets Aria mainly because of her friendship with Alison, who is missing.

There is a scary creepy factor looming over the relationship; Ezra is in the process of writing a book about Alison and he has a feeling for her too. 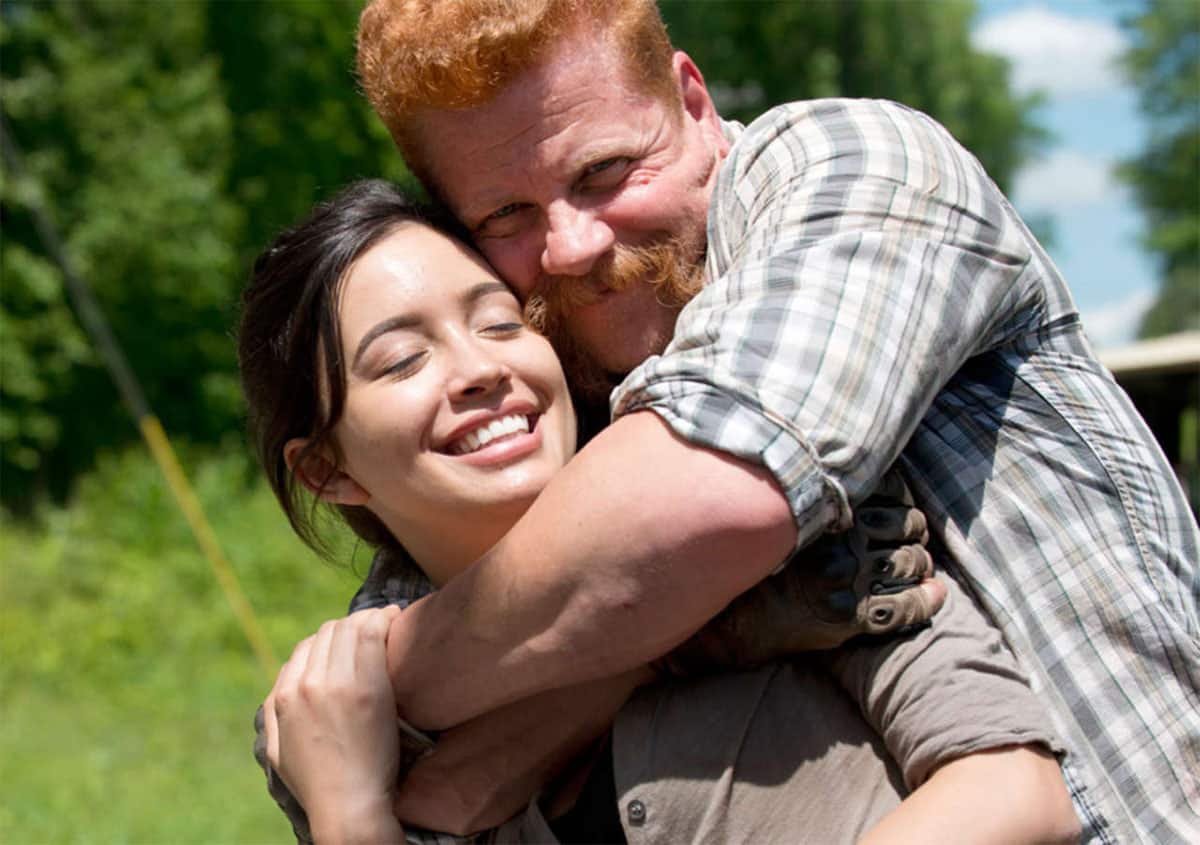 5 Rosita And Abraham – The Walking Dead

It remains unclear how old Rosita and Abraham are; the couple from The Walking Dead are portrayed by Christian Serratos and Michael Cudlitz, respectively. But we know that in real life, he is 26 years older than her.

As we learn more about them, or how and why they get together in the series, it becomes more obvious the relationship is not strictly a romantic one; instead, it is a sort of “friends with benefits” situation.

Cudlitz speaks of it in an interview with The Hollywood Reporter as “a relationship of convenience” during wartime. 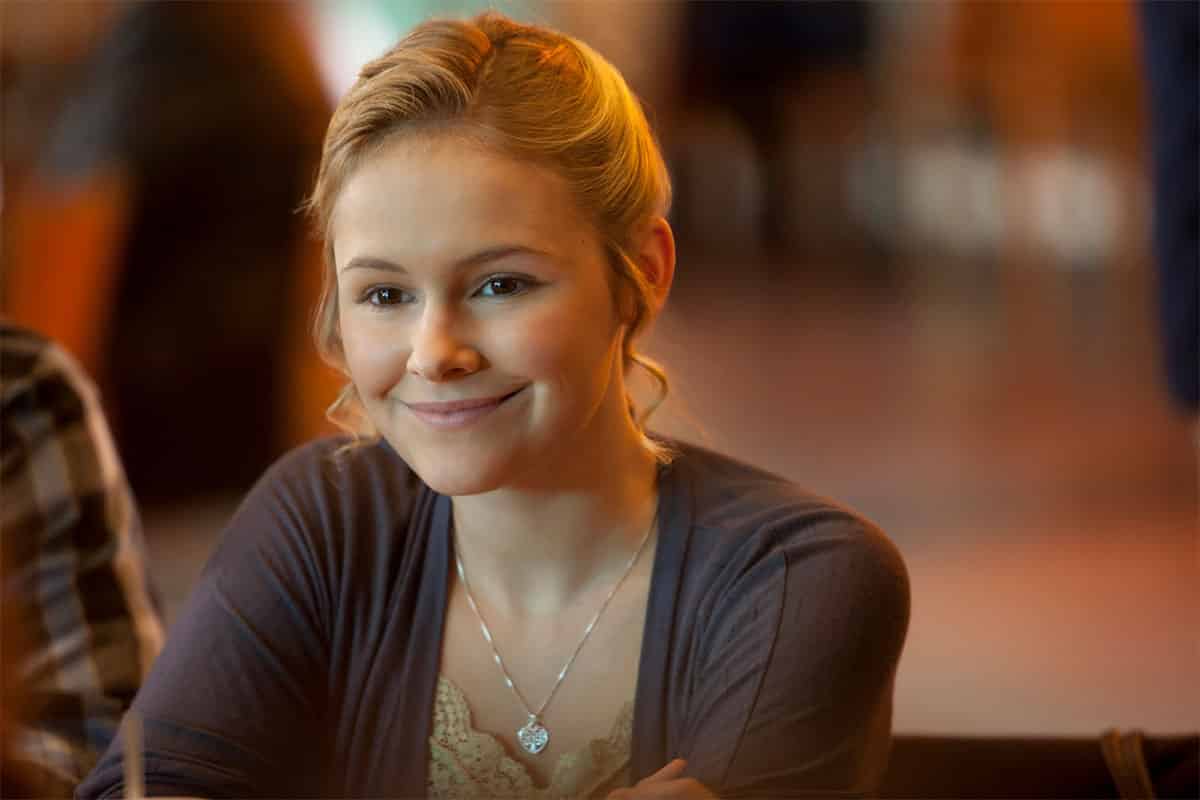 Her love interest is a patriarch of a polygamous compound named Roman Grant portrayed by Harry Dean Stanton, an 80-year-old man.

The relationship is part fascinating from spiritual perspective because Roman is believed to be a prophet, yet for the most parts the love is uncomfortable for viewers to watch.

The show has its brilliant way to tell viewers that polygamy, no matter how some try to normalize it, still is nothing more than child abuse. 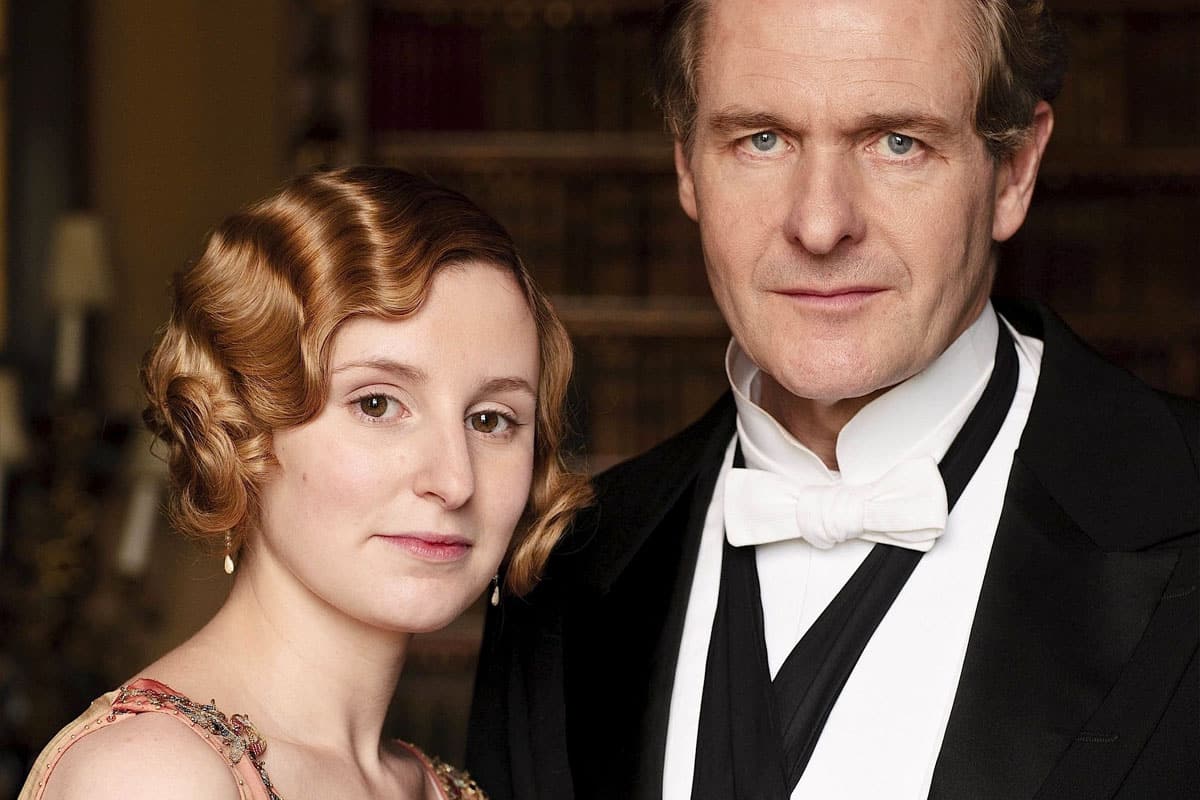 Robert discourages him from marrying Edith mainly due to his old age and infirm condition.

Both still make it to the altar, but it also is the place where Anthony decides he cannot go through with the marriage to Edith’s devastating heartbreak.

About the dramatic scene, Laura Carmichael, the actor who portrays Edith, actually admits to Vanity Fair she has given up hope that her character will ever find happiness. 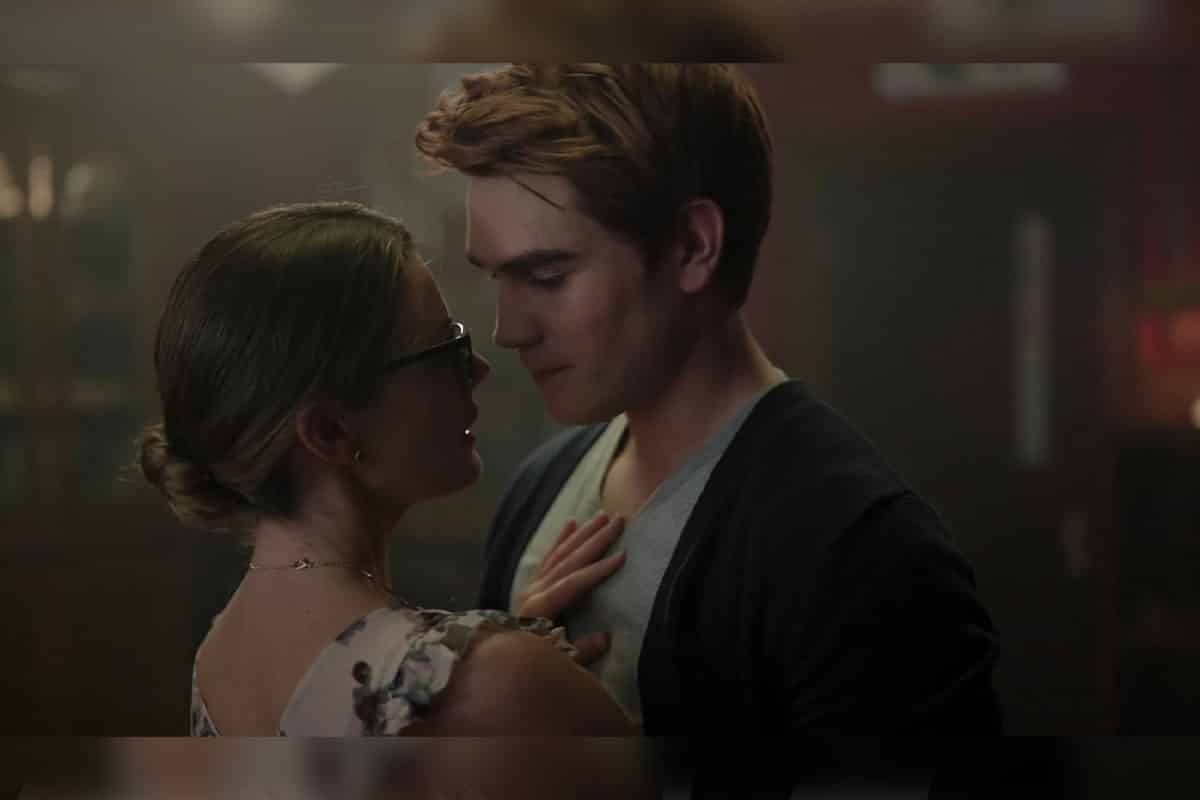 Geraldine Grundy is a music teacher at Riverdale High School who has an affair with Archie Andrews, an underage student.

As the relationship continues, she gets caught of committing statutory r*pe by Archie’s father and Alice Cooper. Miss Grundy quit the teaching job at the high school and leaves Riverdale.

Statutory r*pe has always been an inappropriate and controversial. While a lot of people may not like Riverdale’s approach to it, the story gives clear view on why it is morally wrong and illegal. 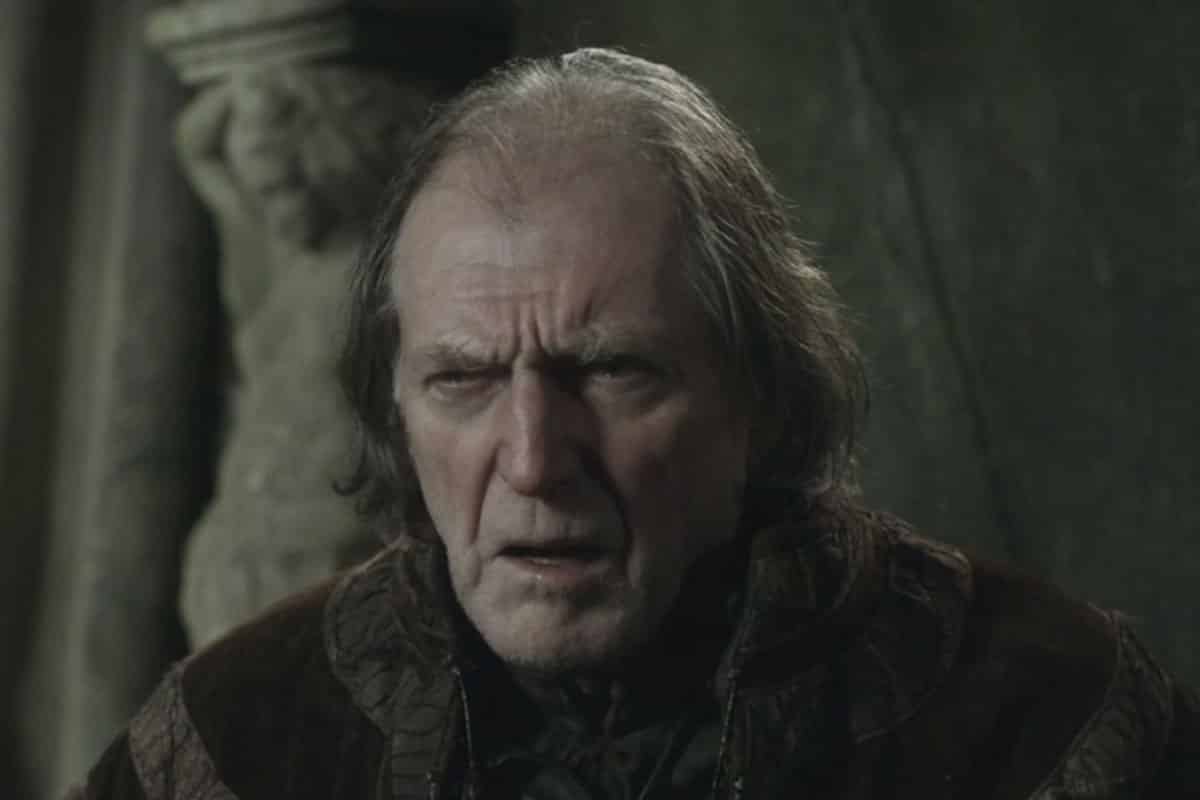 1 Lord Walder Frey And His Young Wives – Game Of Thrones

There are quite a lot of graphic violence and adult themes on Game of Thrones.

Some are explicitly displayed like the entire last 30 minutes of the episode Red Wedding, while others are little less so for example Lord Walder Frey’s insatiable appetite for underage girls.

And let us not forget he also is one of the architects of some of the most brutal murders in the entire series.

In one of his earliest appearances, Lord Frey brags to Lady Stark about his newest wife, who is only 15 years old.

Frey himself is probably 90 something.