There have been legends across the world of men transforming into animals and vice versa. The old country werewolves and vampires, Japanese spirits like the nine-tailed fox, even old Greek heroes of tragedy.

The myth of changing forms is rooted deeply in all worldly cultures. One of the most isolated cultures, for the longest time, belonged to the American Natives.

While the rest of the world was engaged in a great age of sail, they had no oceanic routes or big ships to travel in.

They were insulated into their territories, where their tales and histories grew over time.

Even so, they developed similar myths and with similar purposes.

Warning against strangers, sowing distrust into communities, and leading others to beware of dangerous animals that lived outside.

And, of course, there are still sightings to this day. The Skinwalker Myth requires more knowledge to preserve it in culture and safety’s sake, just in case.

Many tribes of Native Americans have their Skinwalker myths. The Navajo call theirs “yee naaldlooshi,” which translates roughly to “with it, he goes on all fours,” referring to how they move and act.

While many others have their naming conventions, the Navajo have been the source of the most popularized versions of the creature tales.

Most tribes consider Skinwalkers as entirely evil. They are wicked people who partake in terrible rituals to gain unnatural powers.

As such, they are viewed as monsters born from human ambition. Greed, malice, and revenge are the sources of Skinwalker stories.

However, other accounts say that the rituals they conducted, though misguided, were shamanism no different from what the villagers did. They wore animal pelts and prayed for powers. Only when they went too far did they become a problem.

Many tribes consider it deceitful to even talk about Skinwalkers. It goes as far back as when the belief started: talking about them made them more real and dangerous.

They were people most of the time. It was only when they wore an animal’s skin and moved like it that they would turn.

It also turned an eye on the old ways and their often dangerous practices. It’s seen as a shame for the culture to talk about, as they believe some people were evil enough to become Skinwalkers. 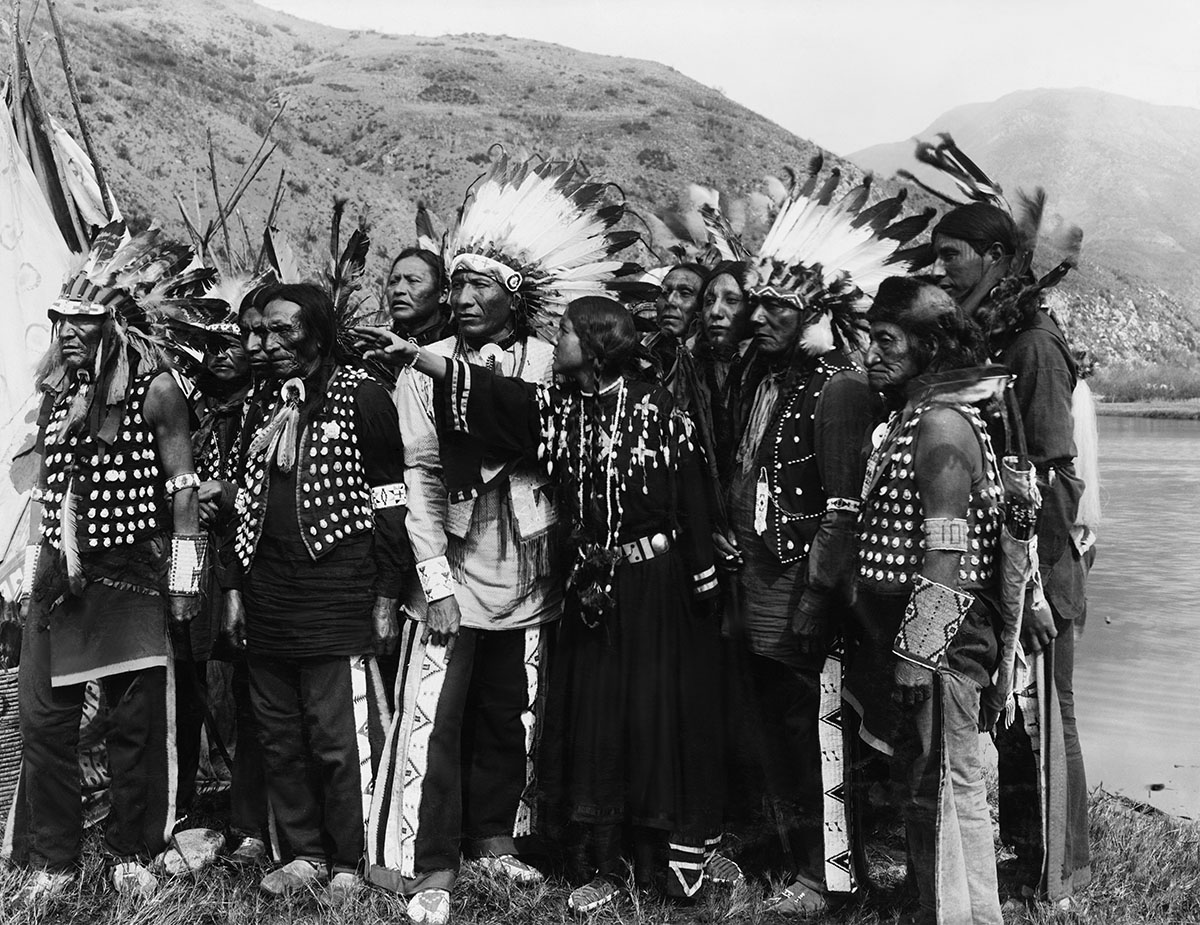 Anyone can become a Skinwalker. It’s disputed as to how the first of them were made, but they all connect to taboos. Murdering a family member is usually cited as one way to gain terrible powers.

Another is for a Medicine Man to abuse his powers of healing to take life instead of willfully. At that point, the person’s heart is already corrupt enough that any action won’t be too evil for them. 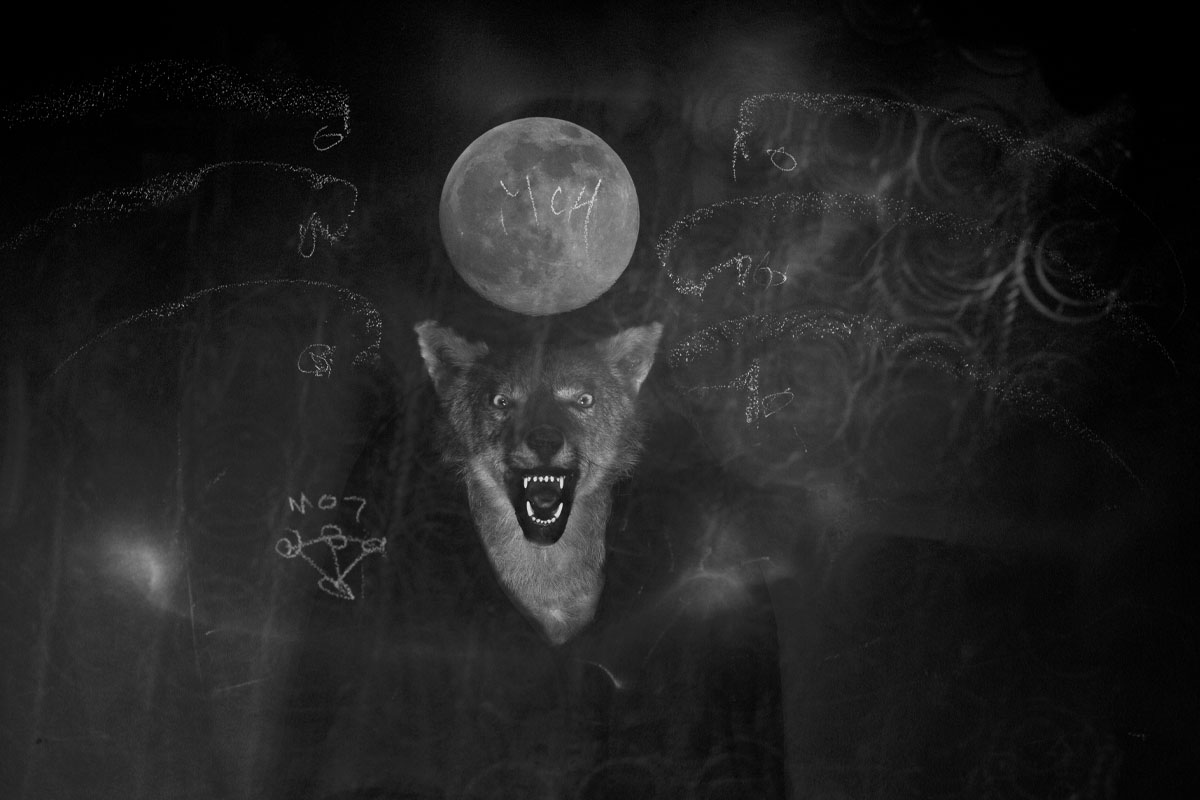 Although the first animal associated with Skinwalkers is the coyote, they could transform into or possess any animal’s body.

The bigger, the better, as their human form would fill out and morph to mimic it. This led to sightings of odd-shaped wolves, bears, and even deer that would hunt like a predator in the woods. 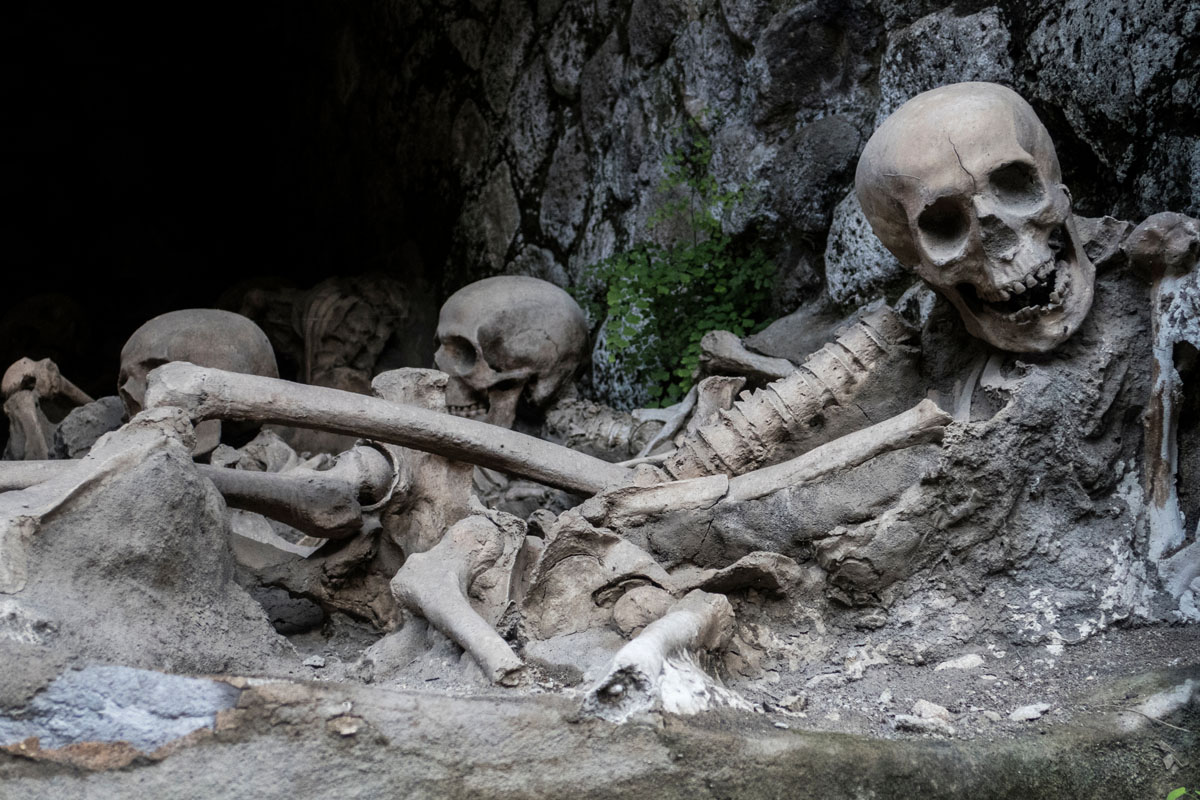 It was said that Skinwalkers met in the dark in unseen places, mostly in caves where their magics and ritual medicines were performed.

During the day, they were ordinary people, members of the tribe, even possibly important ones like medicine men. They blended in with the crowd just as quickly as they could slip into their animal disguises to prey on their neighbors the next day. 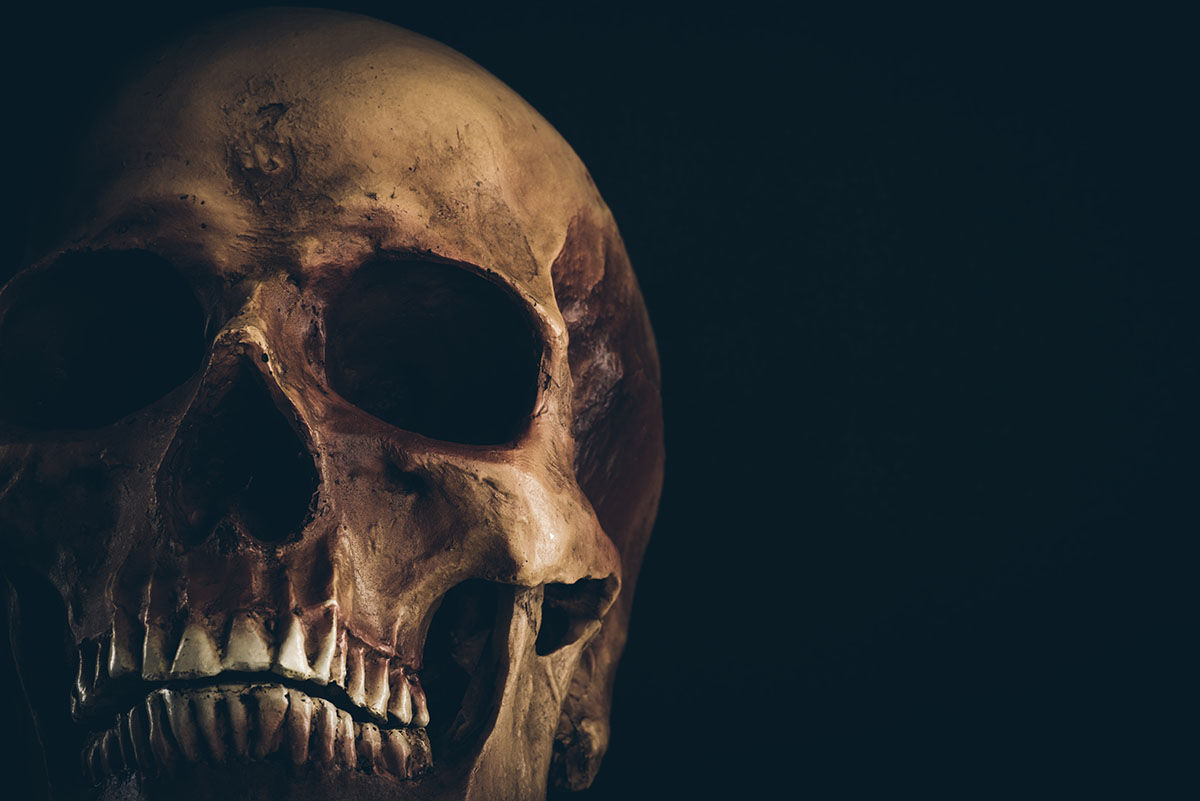 A Skinwalker’s powers could extend beyond transforming into just animals. They could also take on the appearance of other people.

Other myths say they could control people’s minds from as little as direct eye contact, spurring them to commit evil deeds and become a Skinwalker themselves. Just crossing paths with a Skinwalker could bring on disease and deathly sickness to an ordinary person. 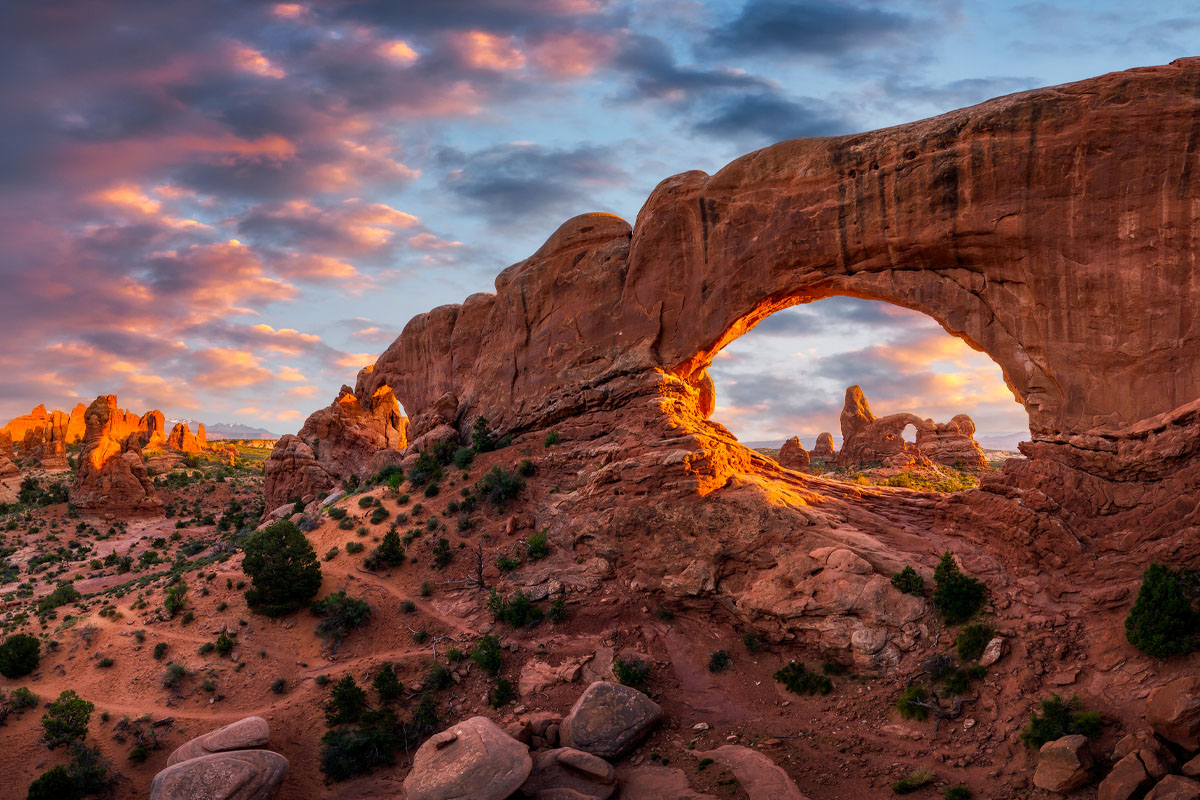 The home of the Navajo Nation, the central place their tribe has existed most frequently, is gathered around the four states of Utah, Arizona, New Mexico, and Colorado.

In one particular part of Utah is a place called “Skinwalker Ranch.” Also known as Sherman Ranch, it has been host to various supernatural sightings, including modern-day run-ins with strange creatures.

Multiple accounts report sightings of dogs walking upright, human-sized birds, and other phenomena right on top of the ancestral home of the legend itself. 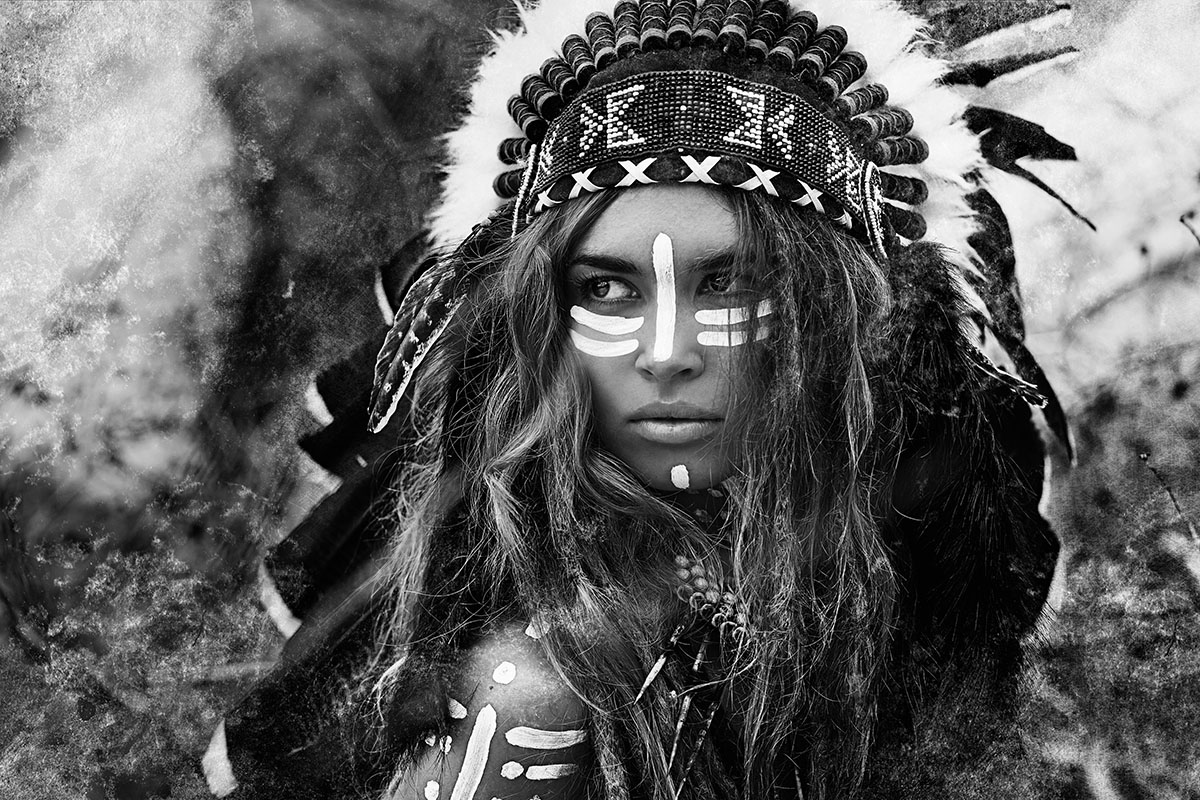 The Navajo believed that evil could not be countered with evil. Skinwalkers could not be easily mortally wounded, and their tricks and magic protected them from many weapons and conventional means of force.

One sure way to defeat them is to learn their real identity and name before giving up their humanity and speaking it altogether.

That will bring them back to who they used to be, and the weight of what they’ve done will destroy them in the end. They believed that an evil man turned right again would face the consequences of his actions, or the evil inside him would tear him apart.

Sightings continue. Like many cryptids and other supernatural beings, Skinwalkers are reported in similar ways across long land treks.

Popular culture helped fuel their popularity, particularly from their depictions in series like Grimm or the interpretations given to them in the Harry Potter stories.

The rise of widespread internet culture has given a boom to the popularity of various myths. Skinwalker stories have had a surge in popularity, but not a rise in evidence. It’s essential to preserve any aspects of a culture to understand why they were created.

The Skinwalker is a monster of morality that those who have the will in their hearts to kill their family or to abuse the trust of their community with secret acts of fraud may as well join the beasts and animals in the savage wilds.

A man that evil would already be like an animal wearing a man’s skin, despite looking like a man wearing the coat of a beast.