by Factionary 3 months ago1 week ago
03Kviews

Camping has always been a vital Girl Scout tradition. The time they spend outdoors offers plenty of opportunities to get to know the world around them, develop self-confidence, and learn some new skills.

It is more than just about teaching the girls how to pitch a tent or tie a knot. Still, they are also expected to understand the value of working with others and understand that every action an individual takes will affect others.

Since children will spend several days and nights outdoors away from parents, the supervisory adults in the campground have to make sure that everyone is safe and secure in the environment; otherwise, vulnerable kids are exposed to great danger.

An unforgettable example of that happened more than four decades ago in Mayes County, Oklahoma.

Three young Girl Scouts: Michele Guse (9), Lori Farmer (8), and Denise Milner (10), were raped and murdered on their very first night at Camp Scott in the summer of 1977; they were all from the same tent.

Their bodies were found on the morning of June 13. No one has been convicted of the crimes. Camp Scott was closed for good the next day.

On June 12, 1977, nearly 140 girls arrived at Camp Scott in Locust Groove northeast of Oklahoma for an annual week-long camping trip.

The Magic Empire Council of Girl Scouts had run and operated the camp since 1928. For the week ahead, the bases were assigned by age group.

The Kiowa unit, consisting of 8 tents, including one of the counselors, was set up for the youngest girls.

Among the youngest were 9-year-old Michele Guse, 8-year-old Lori Farmer, and 10-year-old Denise Milner. No one knew that the girl’s first night on that camping trip would also be their last ever.

All the tents in the Kiowa unit were laid out in a horseshoe pattern. The first tent was for the counselors, and following the design was Tent 1 to Tent 7. The distance between the counselor’s tent and the 7th was around 80 meters.

In total, there were 27 girls in the Kiowa unit. All arrived at their team around 4:00 p.m.

On an otherwise dreary Sunday with a thunderstorm, the girls managed to cheer up the early evening hours by singing along in the dining hall until about bedtime.

Around 10:30 p.m., counselors did the final check on the girls in every tent that night.

Johnna Wright was supposed to be in Tent 7 with Michele, Lori, and Denise; however, she didn’t like dense woods around it, so she decided to spend the night in another tent.

There was nothing extraordinarily peculiar observed by camp counselors that night.

Some girls from multiple tents did make some noises when they were supposed to quiet down for the night, but it was not mainly an alarming issue. Noisy girls were escorted back to their tents without a fuss.

The following day at around 6 a.m., Carla Wilhite, one of the camp counselors, woke up and soon enough was heading east toward the Staff House for a shower.

On the trail, she came across the body of a little girl, naked from the waist down, lying on top of her sleeping bag near the base of a tree. The girl was later identified as Denise Milner.

Immediately after realizing she had found a dead girl, Carla told Dee Elder and Susan Ewing – the other two camp counselors, to check every tent. They discovered that tent 8 was empty.

Carla then went to see Barbara Day, the camp director, to inform her about the problems. Barbara’s husband also came to the scene and found the bodies of Michele Guse and Lori Farmer not far from where Denise’s body was.

Subsequent investigation revealed that Denise was gagged, bound, taken outside of the tent, then raped and strangled.

Michele and Lori were bludgeoned and raped before the assailant dragged them out. Camp Scott was closed the next day, and it never reopened again.

The report also mentioned that victims were sexually assaulted, bludgeoned, and strangled. Parents soon arrived at the Girls Scout Headquarters to pick up their children.

Except for the three, no girl was unaccounted for. The girls and parents (and everyone else for that matter) knew very little about what happened the previous night and early morning in the campground. 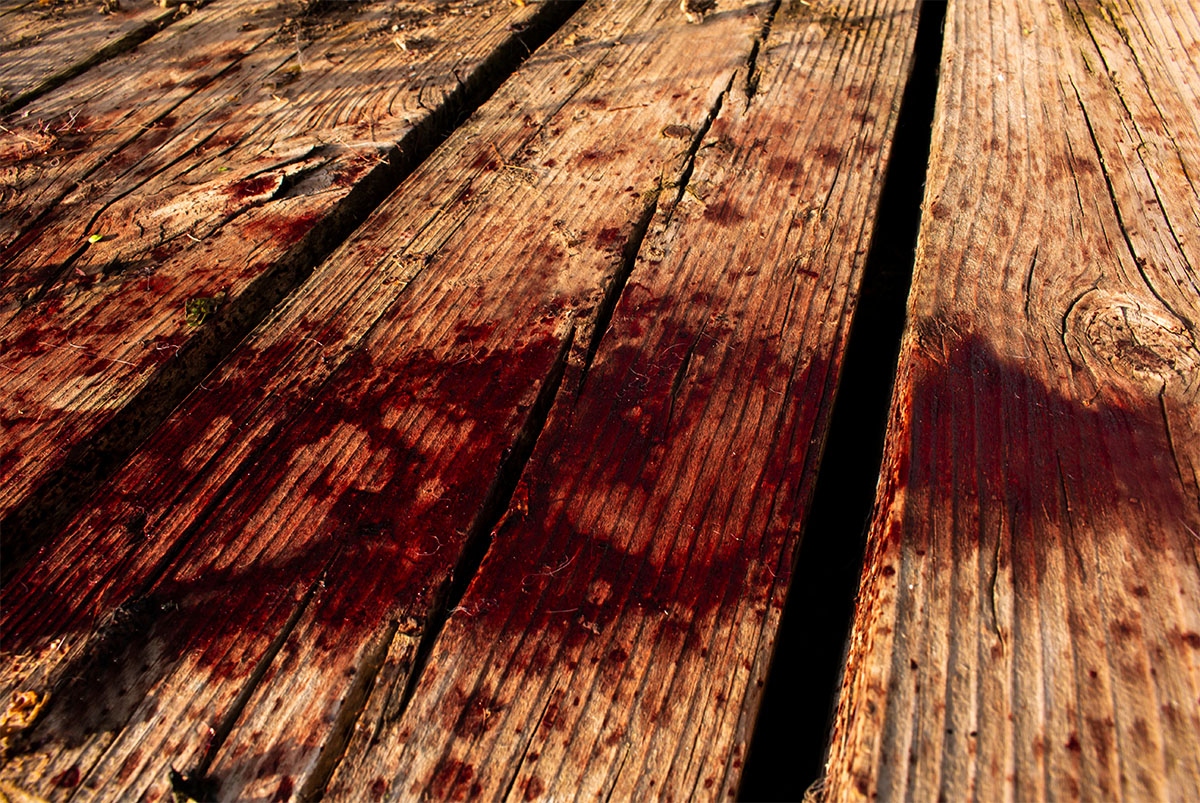 Dee Elder found blood all over the wooden platform of Tent 7. Law enforcement arrived at the scene at around 7:30 a.m.

On June 14, the venue was airlifted to the crime lab. Further analysis revealed that the assailant (or assailants) had tried to wipe the blood using a mattress cover and towel.

There was a set of shoeprints on the blood, and another group was also found outside of the tent, indicating there was more than one attacker.

Authorities collected several evidence, including duct tape, fingerprints on victims’ bodies, a part of the cord, and a flashlight.

A search party was assembled and began looking for the attackers in the dense woods. Volunteers and tracking dogs joined law enforcement officials to scour nearby areas.

Before long, the press and public had already suspected Gene Leroy Hart as one of the attackers. Hart, a convicted rapist, escaped Mayes County jail four years earlier and had been at large since.

The search involving 400 law enforcement agents looking for the girls’ attackers would then focus on finding the whereabouts of Hart.

On April 5, 1978, nearly ten months after the search began or four years since Hart escaped, he was arrested about 50 miles from Camp Scott.

The Oklahoma State Bureau of Investigation (OSBI) apprehended Hart in a remote cabin in Cookson Hills in southern Cherokee County.

Despite the premature rumors about Hart being the attacker in Camp Scott, some thought he was a scapegoat by the Mayes County Sheriff Glen Pete Weaver.

They believed the hunt was personal to the sheriff because Hart had embarrassed him by escaping jail.

During the trial, the evidence against Hart, including sperm and hair samples were determined inconclusive.

After nine days of testimony, the jury eventually acquitted Gene Leroy Hart. Despite the acquittal, Hart was already prison-bound for more than 300 years for his past crimes.

OSBI director later said that subsequent DNA testing could neither rule out Hart as a suspect nor determine otherwise with any degree of certainty.

More than 40 years after the murder, OSBI claims to have received tips now and then; the case remains open.