by Factionary 1 month ago3 weeks ago
60.7Kviews

The Nevado Del Ruiz volcano in Colombia stood at the height of 17,500 feet above sea level. It had shown signs of activity since the 1840s. In September 1985, tremors from the volcano began to become more frequent and powerful.

Residents in towns near the volcano, such as Armero, started to panic. As fate would have it, the volcano erupted on 13th November of the same year.

The explosion was small, but brought with it mass destruction and claimed hundreds of lives. The eruption triggered a mudflow that runs at speeds of roughly 25 mph. 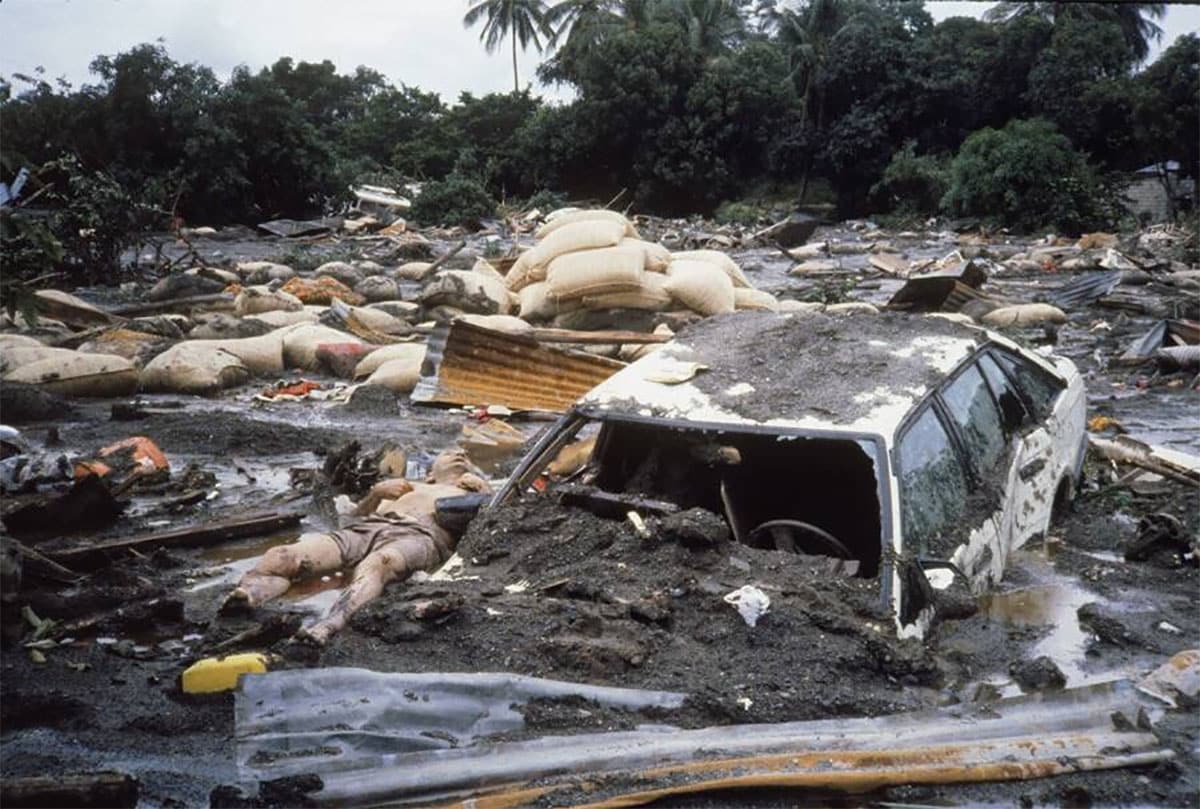 It reached Armero, covering 90% of the town in heavy sludge. Mudflows destroyed the roadways, houses, and bridges of the city.

Most residents of the town were trapped in the mudslide and unable to flee. A few lucky, about a fifth of the population survived, suffering injuries.

As many as 25,000 people lost their lives. The most devastating and horrifying death accounted for in the tragedy is that of Omarya Sanchez. The little girl endured a long and terrifying death, trapped in the mud for days.

The Tragic Death Of Omayra Sánchez

After the mudslide raked havoc in Armero, 13-year-old Omarya Sanchez found herself trapped in the landslide. She was buried in a heap of debris and neck-deep water.

Her story was best documented by French photojournalist Frank Fournier, who stayed by her side till she breathed her last.

He captured her horrifying ordeal in real-time. Frank arrived in Bogota two days after the explosion.

His journey to Armero was long and tedious, but what waited ahead was far much worse.

He had planned to capture the rescue operations on the ground, but he got more than he had bargained.

His account of Omayra Sanchez’s death and pictures of her last moments would later bag him awards and bring International backlash.

Arriving at Armero, Frank found the situation on the ground far worse than he had imagined.

The rescue operations were a far cry from organized and fluid. Most residents were still trapped under debris, with no help in sight.

The rescue volunteers were overwhelmed by the high number of residents who desperately needed to be saved. The situation was chaotic and desperate.

Frank recalls how hundreds were trapped all over, with rescue personnel having difficulty reaching them.

“I could hear people screaming for help, then an eerie silence followed,” he said during an interview with BBC.

The disaster was very haunting for anyone who witnessed it. A local farmer took Frank to a little girl who needed help. 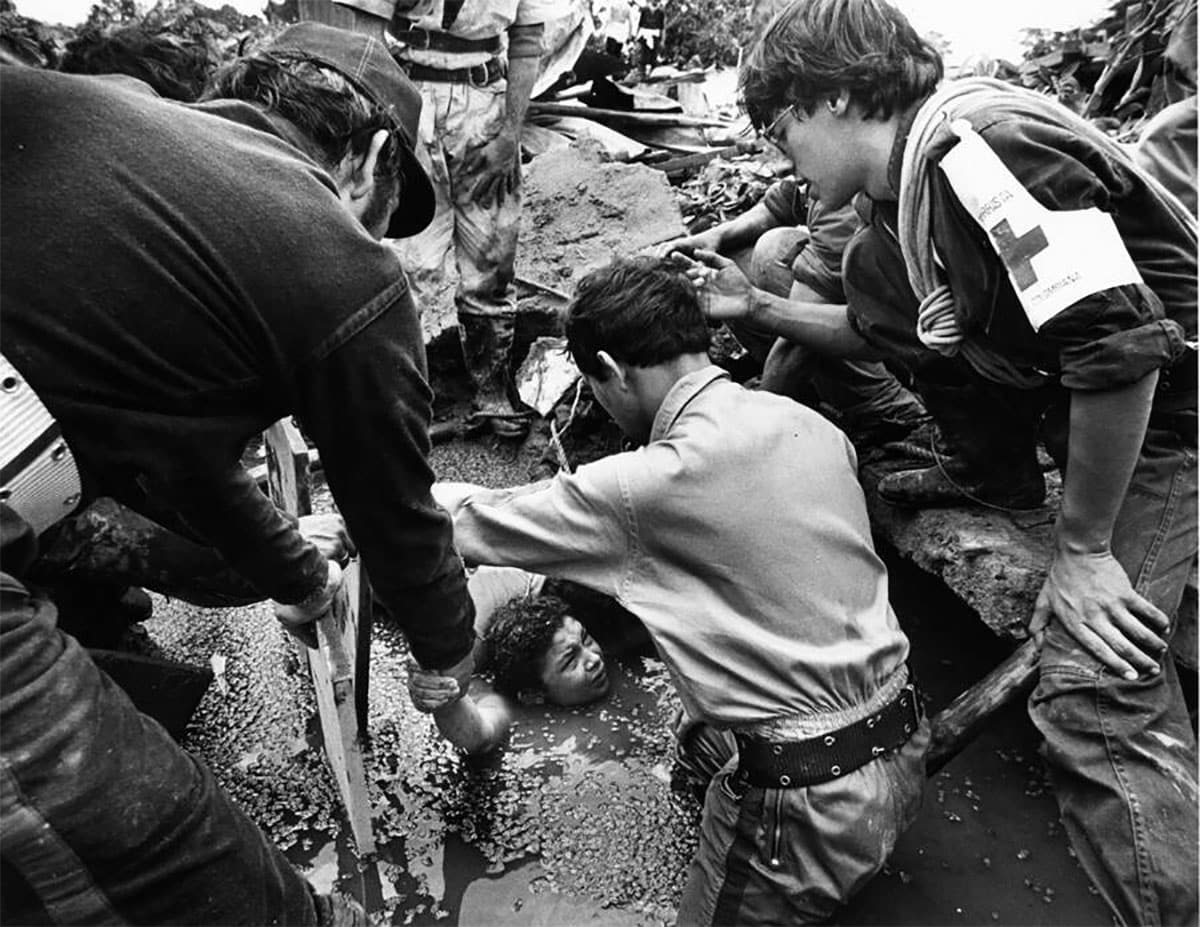 The little girl was Omayra Sanchez. She had been trapped under her destroyed house for three days.

Rescue volunteers had tried to pull her out in vain. Something below the water had pinned her legs, and the little girl could not move.

All the while, the water that surrounded her rose in time due to the ongoing rains. Omayra was so exhausted, and she had begun drifting in and out of consciousness.

The conversations she had with rescuers and journalists at her side were heartbreaking.

She was worried she would be late for school and miss a year since she hadn’t attended school for two days.

Those around her at the time felt her strength weaken, and her hope fading. It was as if she had accepted her painful fate, death.

She asked the rescuers to rest her rest, and bid her mother farewell. Omayra died three hours after Frank found her. She had been trapped in the mud for three days.

Her mother was devastated to learn of her daughter’s demise while being interviewed in a radio show.

She wept silently but was courageous to point out that they should think about living.

She and her 12-year-old son were the only survivors in their family. Frank had pictures of Omayra during her ordeal.

He said that he had felt powerless in front of Omayra. Omayra had faced her death with courage and dignity.

The best Frank could do was to report her story correctly, in the hope that it would mobilize more people to help the survivors.

One of the pictures, of Omayra black-eyed and drenched before her death, won him the 1986 World press photo of the year.

The image elicited public outrage not just to journalists but to the Colombian government for how their effort in the disaster was lacklustre.

The well documented slow death of Omayra Sanchez took the world by storm. People were outraged of how a photojournalist would just stand there watching her die. 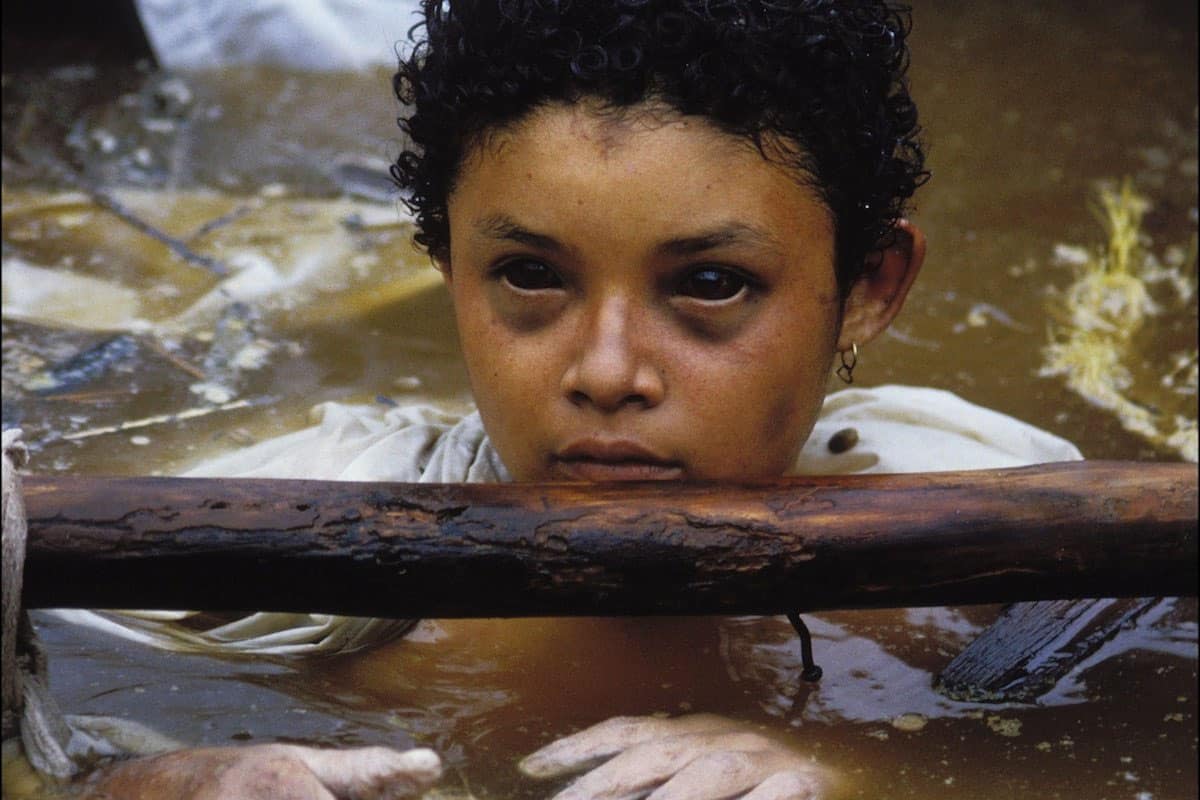 Witnesses on the ground during the rescue operations described the operation as largely mismanaged, lacking necessary resources and leadership.

Only Red Cross volunteers, civil defense workers, friends, and family of the victims were involved in the rescue operations.

Colombia’s army and police force were not deployed to join the rescue operations. That led to intense criticism of the Colombian government.

The then minister of defense in Colombia argued that the government had done all it could in the rescue operations.

Additionally, he denied that the government had refused offers from foreign experts to assist them in the rescue operations—friendly countries sent over helicopters to help in the situation.

Helicopters were the best way to transport survivors for medical treatment in centers set up in nearby towns that had been affected by the eruption. However, the efforts were a little too late.

Many of the survivors of the tragic event suffered severe injuries to their skulls, faces chests and abdomens. Most of them had to undergo amputations because of how severe their injuries were.

Lives were changed forever. Photojournalism was much criticized at the time, as being vulture-like. Frank Fournier welcomed the criticism.

In his defense, he said that there are untold critical stories in the world, especially of the poor and vulnerable in society.

Photojournalism acts as a bridge between these stories and the rest of the world. He said that Omayra’s photos had lasting power in telling her story.